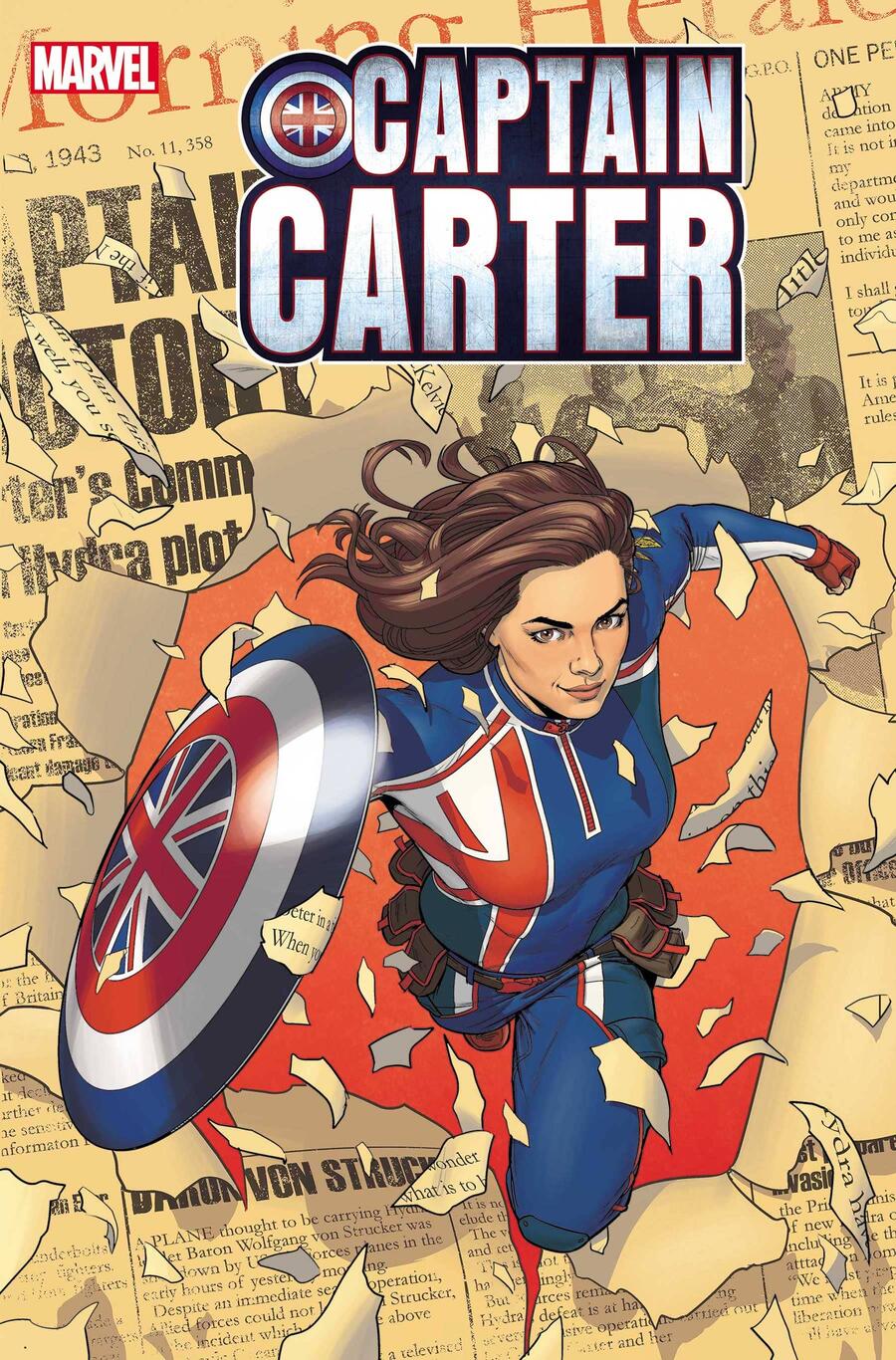 Announced in December, the series is clearly a riff off of Marvel Studios’ Captain Carter, who debuted in the premiere episode of their animated series ‘What If…?’ on Disney+.

Marvel Comics detailed, “The five-issue limited series will introduce Captain Carter in an adventure that will find Peggy Carter as a woman out of time, facing the reappearance of an old foe in modern day and deciding what she stands for as the wielder of the shield.” 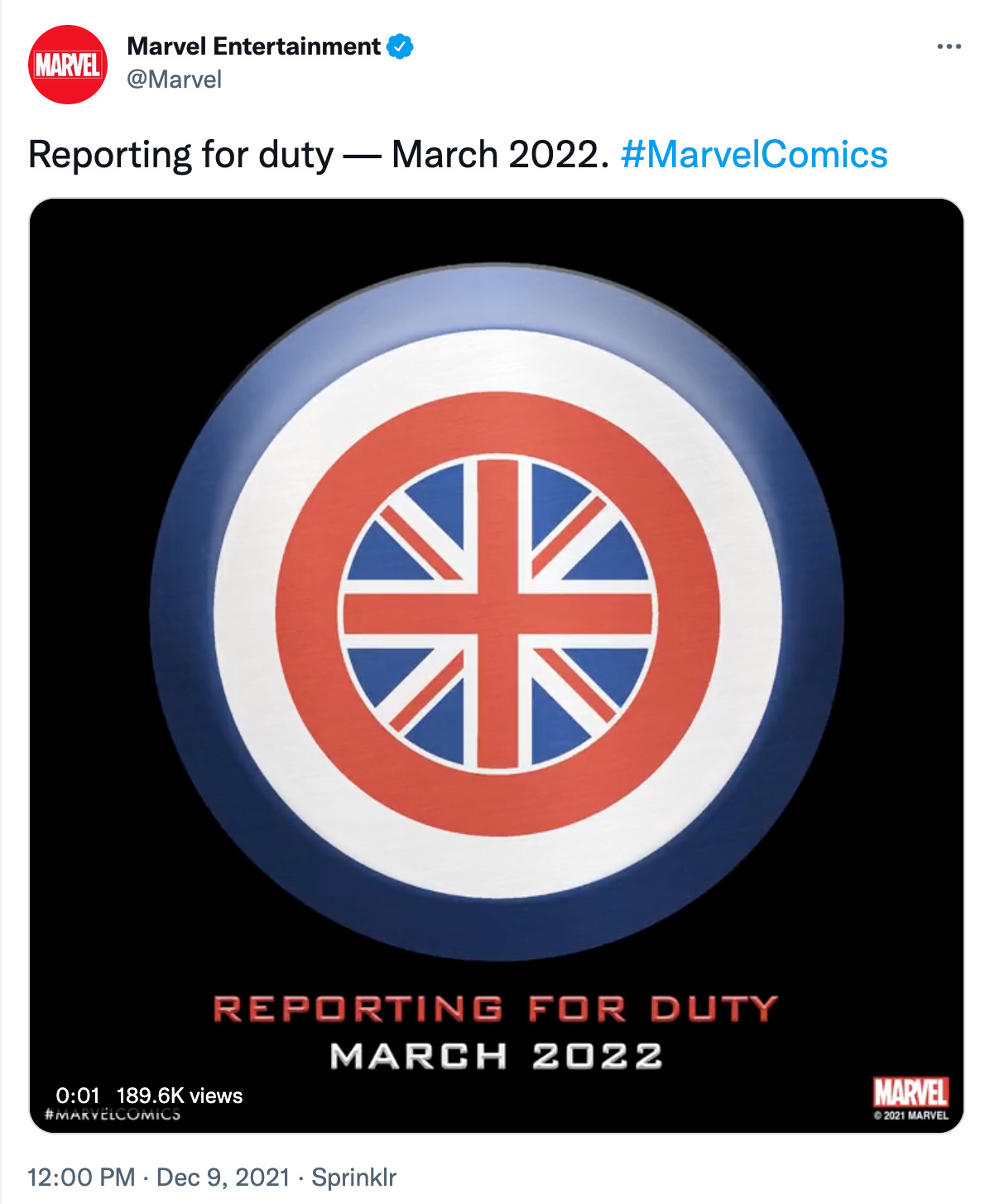 They further added, “A reality where Agent Peggy Carter took the Super-Soldier Serum instead of Steve Rogers is turned upside down when the World War II hero is pulled from the ice where she was lost in action decades before. Peggy struggles to find her footing in a modern world that’s gotten a lot more complicated – cities are louder, technology is smarter and enemies wear friendly faces.”

The official description for the series concludes, “Everyone with an agenda wants Captain Carter on their side, but what does Peggy want? And will she have time to figure it out when mysterious forces are already gunning for her?” 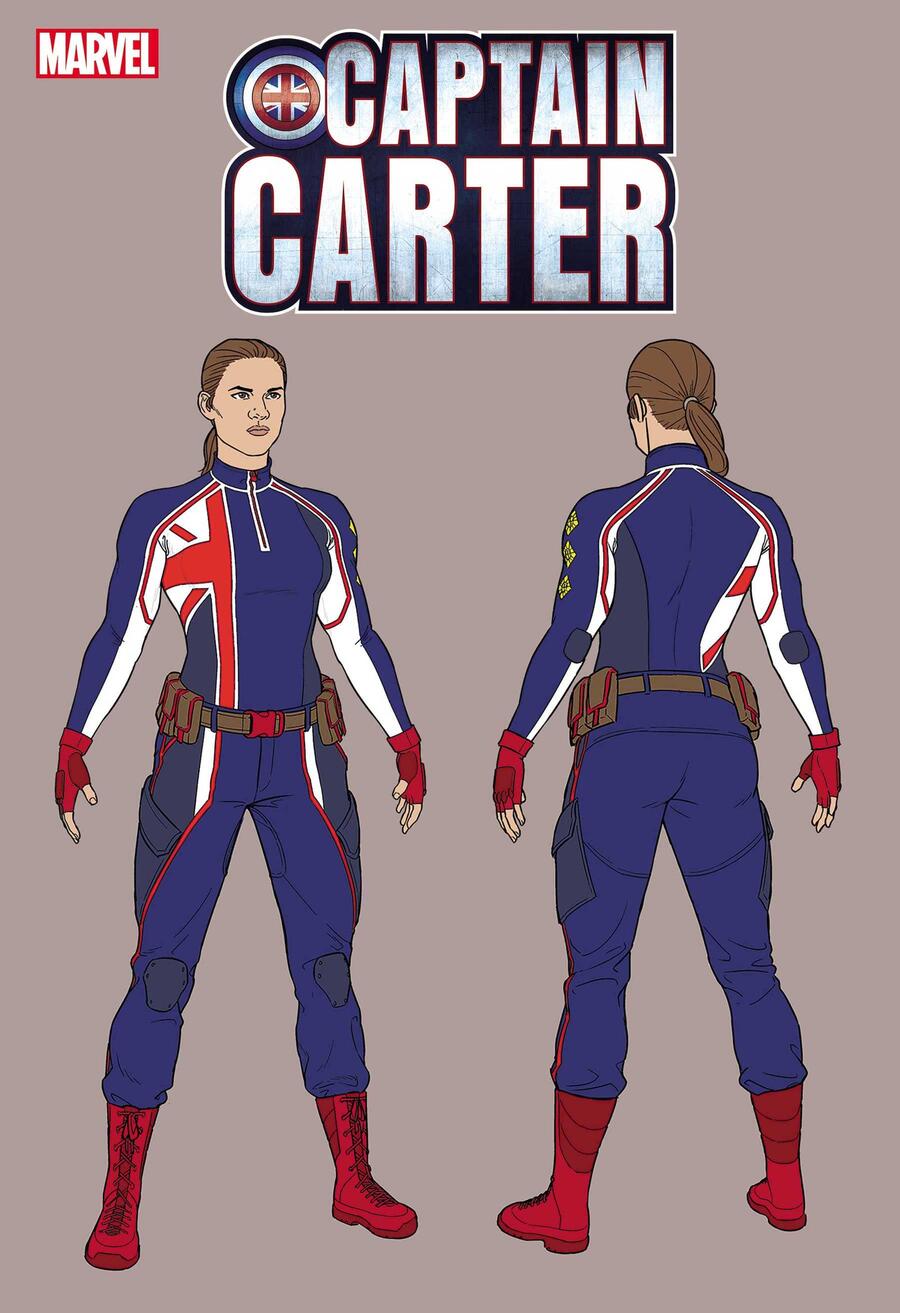 The series’ writer Jamie McKelvie added, “I’m as big a fan of the Captain Carter we’ve seen onscreen as anybody, so I jumped at the chance to create our own version.”

He continued, “I’m having a great time exploring what it would be like for Peggy to wake up nearly 80 years after the end of the war. The world remembers the myth of Captain Carter, but to Peggy the reality was just yesterday. Now she finds herself in a nearly unrecognizable new world, how does she fit in? Can she be the Super Hero people want her to be?”

“Exploring these questions has been really exciting, and I love the world Marika and I have come up with. I can’t wait for people to see Marika’s pages – there’s so much life and energy to Peggy and the rest of the cast, and the action scenes are stunning,” he added. 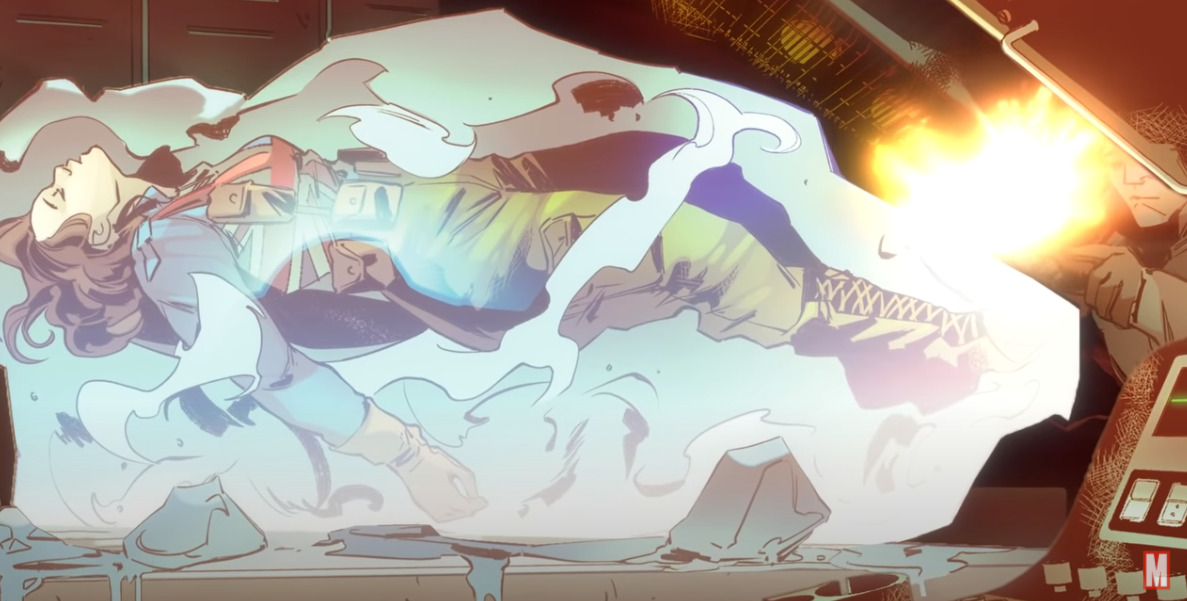 Speaking with SYFY WIRE, McKelvie hopes the character will move on to a more permanent title after the miniseries has ended.

“Five issues is only so much space –– there’s a lot going on in this mini-series, but you have to keep focused on the story you want to tell in those pages. A universe where Peggy is the Super-Soldier instead of Steve is more than about just one person –– their actions have been sending ripples through the world since the 1940s,” he said.

“Thinking through some of that stuff has been a lot of fun, and there’s lots more to the world of Captain Carter that currently only exists in my head. It would be great to get a chance to explore that further on the page.” 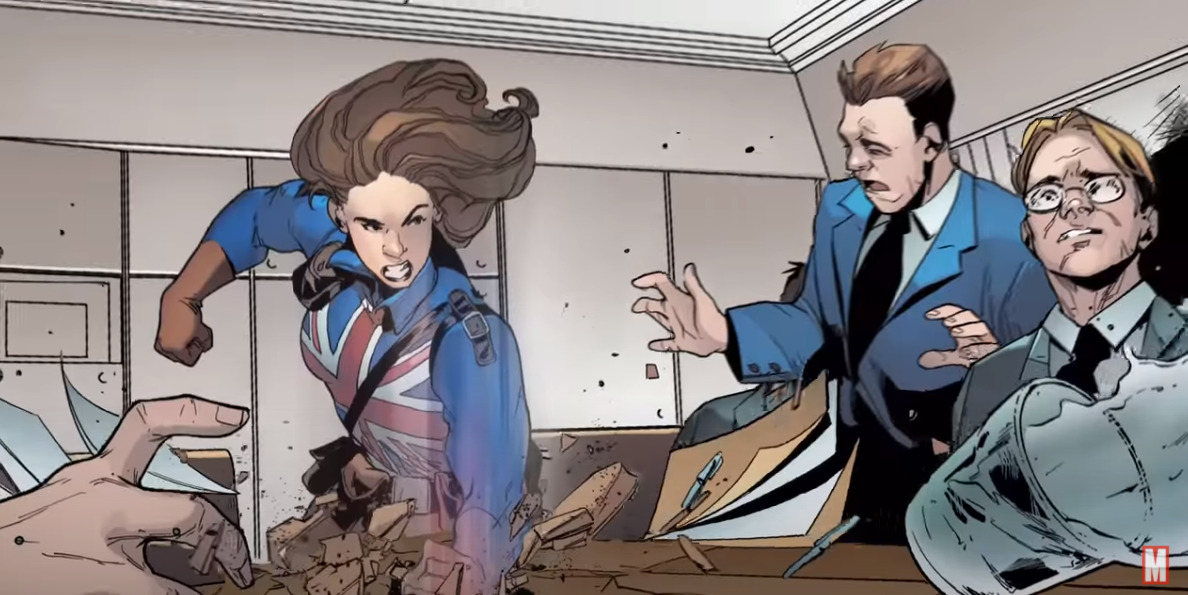 RELATED: Did Captain America Betray The United States During The Vietnam War And Kill American Soldiers?

That being said, given its limited 5-issue run, Captain Carter may be able to coast on the novelty of the tokenization before its sales begin to slump. 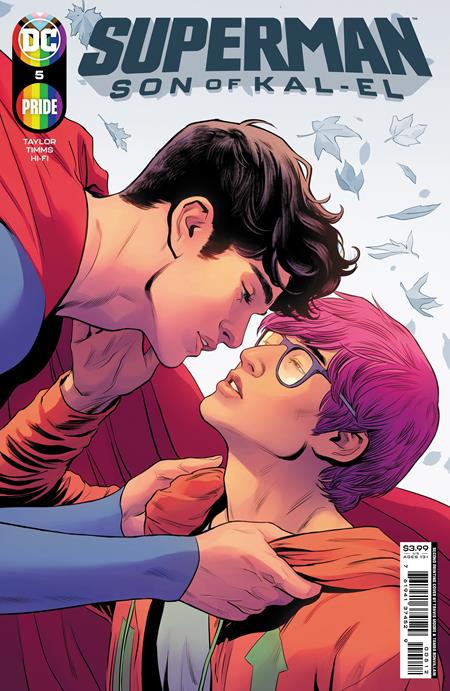 Take Superman, for instance. After replacing Clark Kent with his son Jonathan, who is gay now, DC featured the character in a new series titled Superman: Son of Kal-El.

While the debut issue sold a somewhat respectable 68,800 issues in July, the book’s third issue sold only 34,000 copies in September. That made it — a Superman book — the 77th best-selling comic of the month. 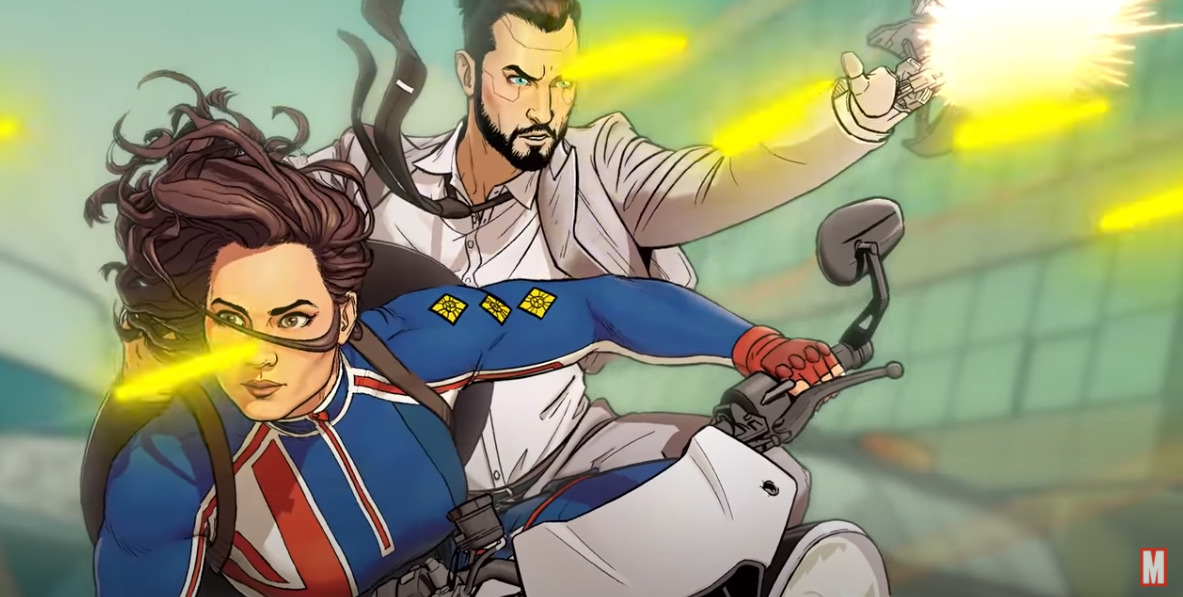 RELATED: Marvel Reveals Steve Rogers No Longer Believes In The American Dream In First Issue Of The United States of Captain America

In the past, tokenized Marvel characters such as Ironheart, Ms. Marvel, and Miles Morale/Spider-Man suffered similarly low sales numbers and/or series cancellations after an initial outburst.

In 2017, The Guardian reported a Marvel executive admitting that the company’s politicized “diversity” initiative may have been alienating readers.

In a YouTube video titled “Tokenism & Tokenization Explained,” artist and content creator Eric July expressed why many fans choose not to support tokenized characters and why those characters often fail to succeed.

While July believes that some tokenized characters can be good — She-Hulk and Batgirl are offered as two such examples — the choice to tokenize, in his view, is typically representative of a lack of creativity.

“Instead of coming up with a brand new character, you’re opting to simply try to copy a previous one in hopes that it sticks,” July said.

The popular YouTuber also noted that this sort of lazy storytelling tends to do a disservice to non-white characters.

“Black character development, or new black characters, are almost non-existent as the studios just continue to hash out tokenized versions of classically white ones,” he said. “Not to mention most of this is done with blatant political or social agenda in mind.” 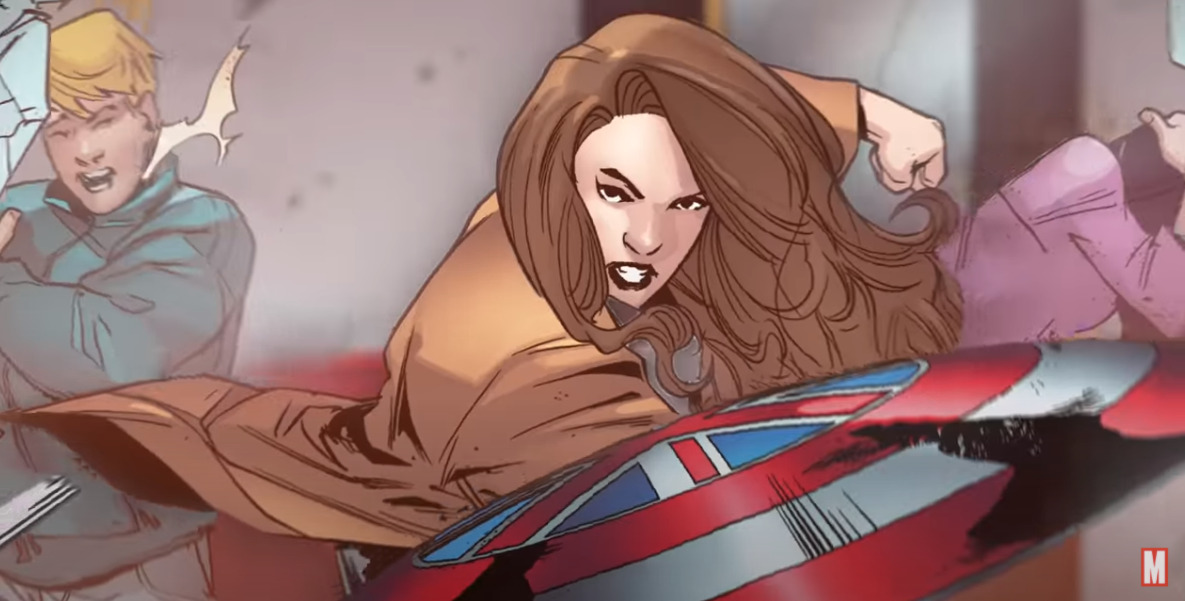 What do you make of this new Captain Carter series?