DC Comics is celebrating Black History Month with special variant covers for titles going on sale in February along with other big plans, but they’re not winning everyone over with their intentions.

Underworld actor, producer, and noted comic writer for both DC and Marvel Comics Kevin Grevioux, for one, is less than impressed DC Comics is not promoting “truly ORIGINAL Black characters.”

Grevioux commented on a piece of artwork by Alitha Martinez and Emilio Lopez titled “A Celebration of DC’s Black Super Heroes” that contains some familiar faces such as Steel, John Stewart, Black Lightning, Nubia, Mr. Terrific, Black Manta, Batwing, Cyborg, and more. However, there are considerable names missing including Bronze Tiger and those of the Milestone universe. 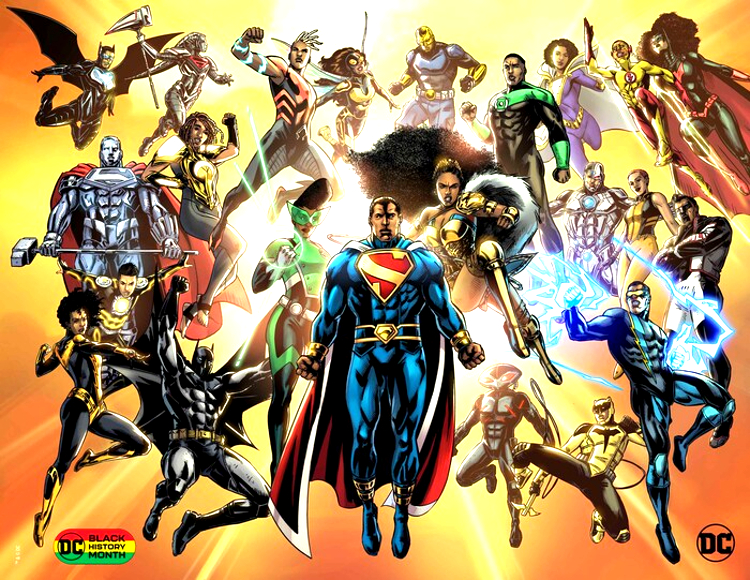 Grevioux shared his frustrations about the tokenization in a Facebook post. “So, this is what I’m talking about when I rail against the lack of truly ORIGINAL Black characters,” he wrote.

“Here you have an image of 22 Black superheroes, and only SEVEN of them are original if that,” Grevioux continued. “And most of them were created in the last 12 years. What happened to Bronze Tiger? Tyroc? Crimson Avenger? Bloodwynd?”

In closing, he wondered where the “MILESTONE CHARACTERS” were and said, “I don’t get it…” 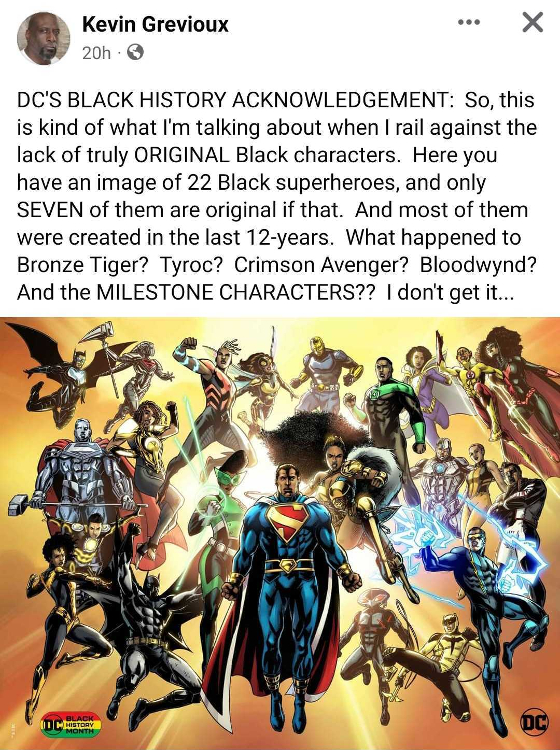 Grevioux is right about Bronze Tiger, Tyroc, Crimson Avenger, and Bloodwynd as they aren’t even mentioned in DC’s online press release for Black History Month celebrations. Milestone on the other hand is a focal point of what they’re doing this month.

Along with the Black Super Heroes graphic, there is a piece dubbed A Celebration of Milestone Super Heroes by Doug Braithwaite showing Static, Icon and Rocket, Hardware, and Fade of the Blood Syndicate. 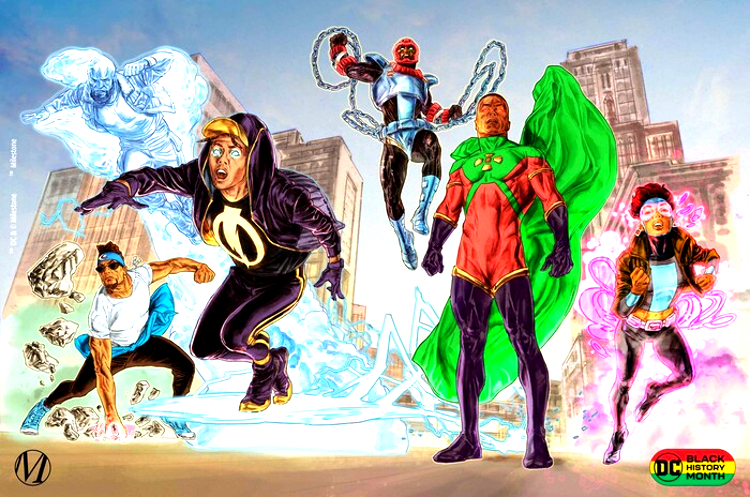 They are also pushing the Milestone Initiative, a program announced last year to scout and develop up-and-coming comic book talents of color by sending them to the Kubert school and then pairing them with a creative partner to make new and original Milestone stories.

As mentioned, DC is marking the occasion of Black History Month with variant covers by Alexis Franklin for issues of Green Lantern, Nubia and the Amazons, The Flash, Action Comics, I Am Batman, and Aquaman. 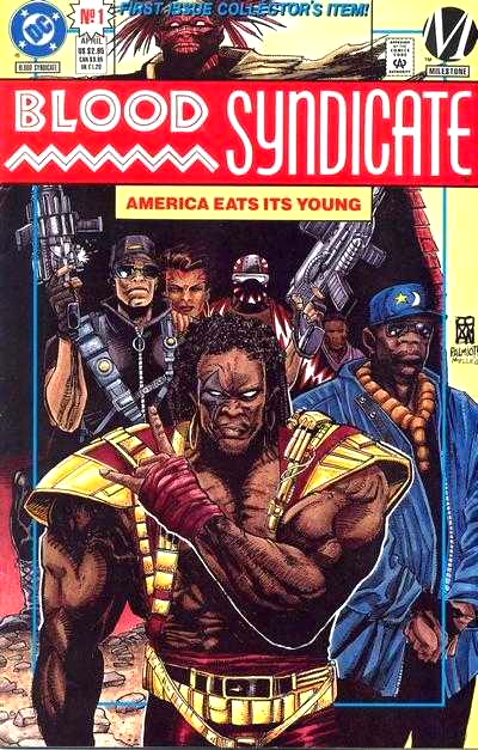 Do you feel the way Kevin Grevioux does? Sound off down below and everywhere.