A resurfaced tweet from Star Wars: The High Republic novelist and comic book creator Charles Soule explains why the current state of Star Wars is such a disaster. 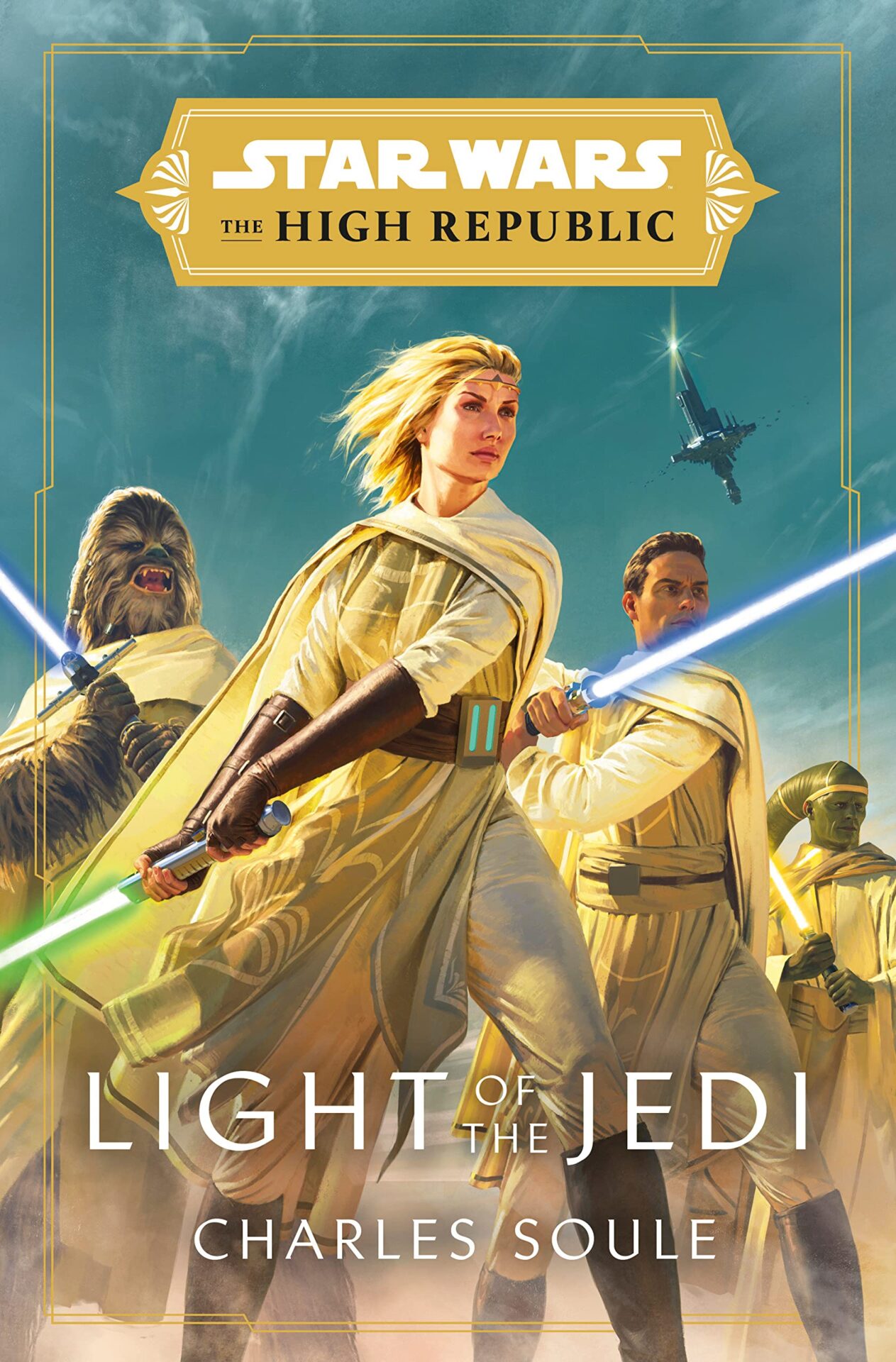 The tweet sees Soule responding to an inquiry by a Twitter user asking about a continuity error regarding Yoda’s lightsaber. The tweet resurfaced following Chapter 6 of The Book of Boba Fett, where Luke Skywalker offers to give Grogu Yoda’s lightsaber.

Twitter user An_EqualSociety ask Lucasfilm Story Group member Matt Martin, “Hey Matt! I was reading my Complete Locations book and I think that I found a continuity error: Yoda’s lightsaber is depicted here as being present on Yoda’s Hut by the time of TESB, but in Charles Soule’s Dark Lord of the Sith comic books, it was burned in the first issue?” 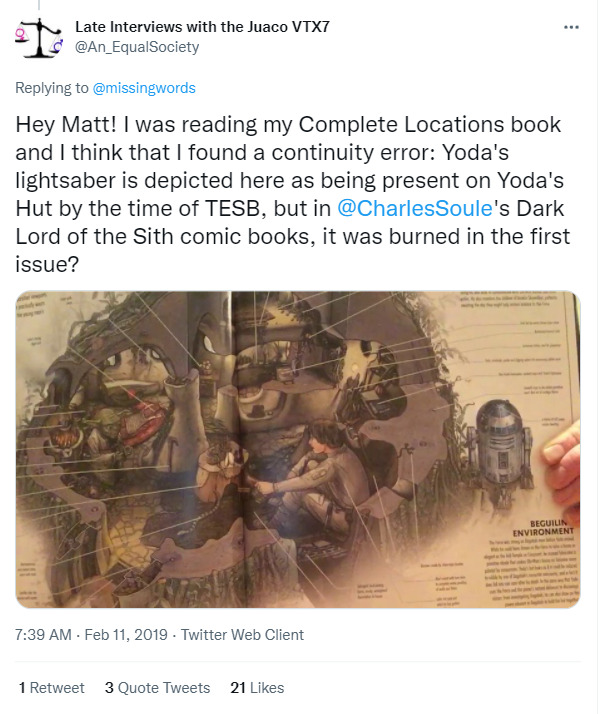 As shown in The Revenge of the Sith, Yoda loses his lightsaber while dueling then Chancellor Palpatine a.k.a Darth Sidious. When Sidious attacks Yoda with a jolt of Force Lightning, Yoda’s lightsaber is knocked out of his hand and plummets to the floor.

The lightsaber is then shown in Charles Soule’s Darth Vader #1 being incinerated with a number of other Jedi lightsabers during a political ceremony meant to cement the Empire in the eyes of the people of Coruscant and the galaxy. 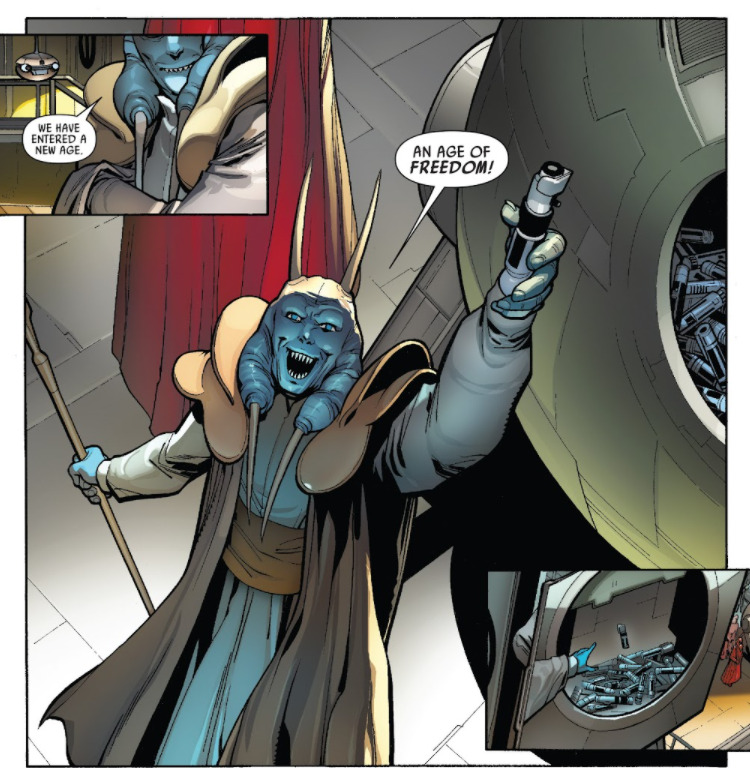 The lightsabers were most definitely destroyed as shown in the comic. 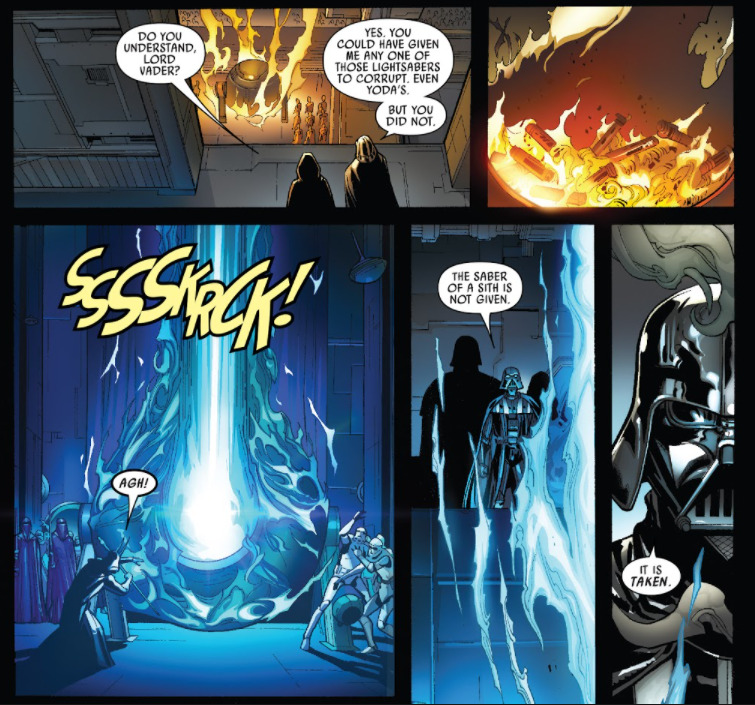 Martin would respond to the inquiry at the time stating, “Yup we were aware of that. It’s not an error though, it was clear from RotS that he didn’t leave Coruscant with that saber. A 900 year old Jedi has probably had more than a few sabers in his life.” 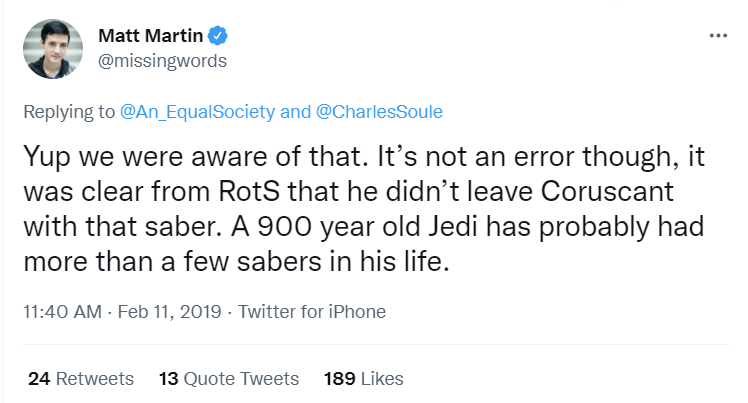 Soule would also respond, “He built a new one. Or he had more than one. Or Palpatine made up a fake one to make a point. Y’know?”

He then added, “Errors, seek not. Stories, enjoy you should!” 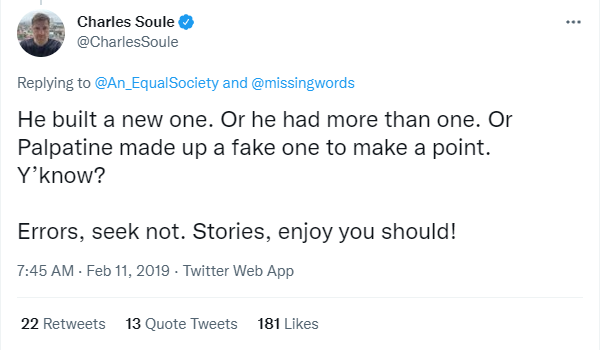 While this is indeed a continuity error, Soule’s tweet shows why Star Wars is in such a sad state. The current creators, if you can even call them that, like Soule don’t actually care about the lore of the Star Wars universe.

They would much rather have you get excited for new product and consume new product as Soule makes very clear when he writes, “Errors, seek not. Stories, enjoy you should!” 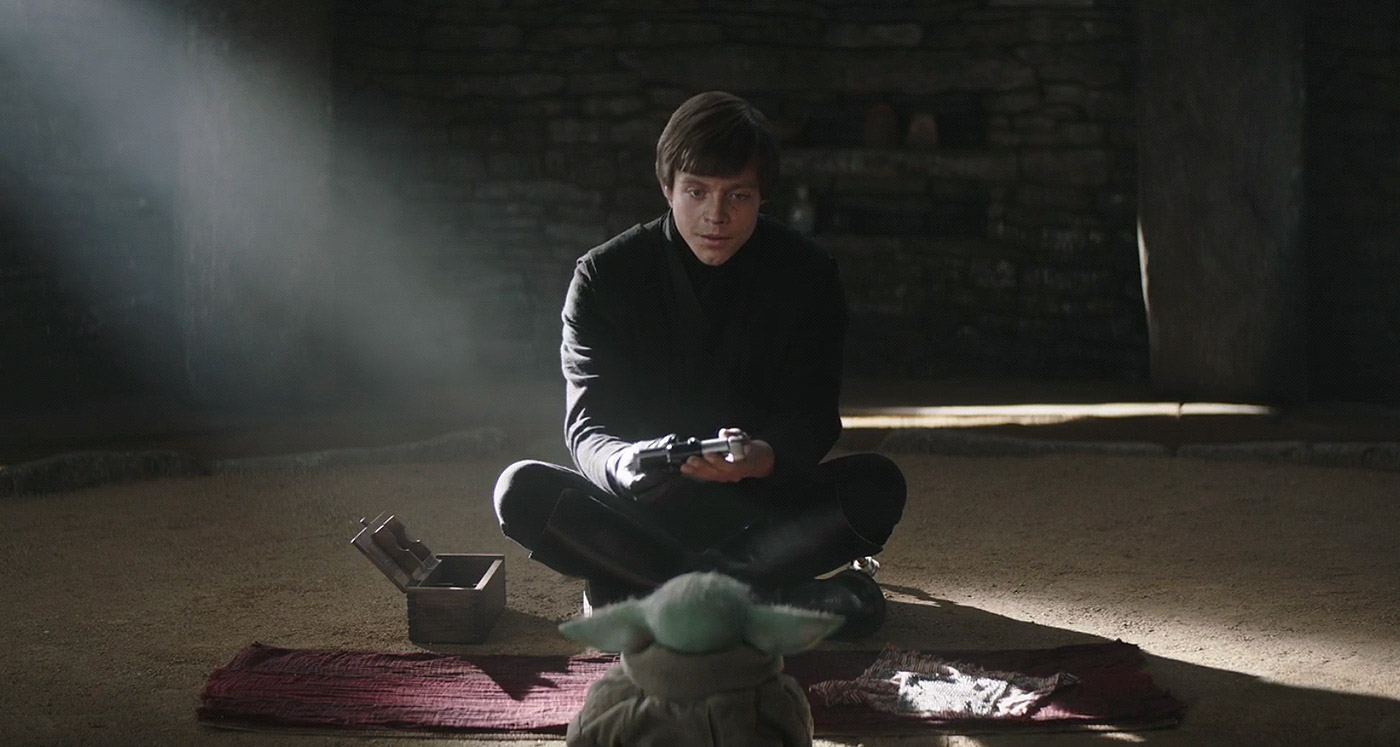 How is one supposed to enjoy stories set in a fictional universe when people like Soule, J.J. Abrams, Rian Johnson and other Star Wars creators don’t respect that fictional universe? It’s possible they could suspend their disbelief, but when you are constantly making errors like Lucasfilm does, that suspension of disbelief becomes harder and harder.

Given enough small errors or even one massive one like the characterization of Luke Skywalker in The Last Jedi, that suspension of disbelief will be broken, and the allure of the fictional universe is broken.

Look at it another way, a car has lots of parts. It needs the majority of its parts to be functional. One can live with a broken power window or a chip in the windshield.

They are now trying to sell you that car, just with a new paint job. Unfortunately, the car’s engine doesn’t work, the windows don’t work, and the windshield’s got numerous cracks running down it. It’s hard to enjoy a car like that even if it has a nice paint job. It’s all superficial.

What do you make of this resurfaced from Charles Soule?

NEXT: Shadows Of The Empire Author Steve Perry On The Book Of Boba Fett’s Season Finale: “Looked Pretty, But As Substantive As Cotton Candy In The Sahara”