Gambit co-director Reid Carolin recently revealed that actor Channing Tatum threw a chair across the room when he found out the X-Men film was falling apart. 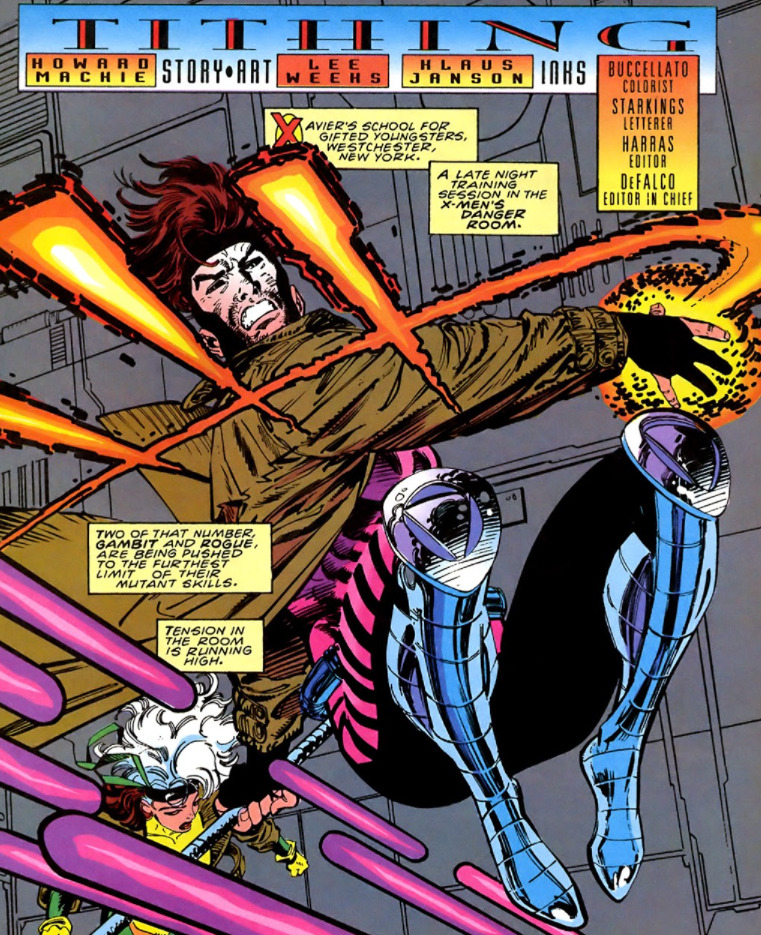 In promotion for his upcoming Dog movie co-directed and starring Tatum, Carolin told the Associated Press, “I think I remember when Gambit was falling apart, I remember Chan like throwing a chair across the room.”

“And we were looking at each other just like, ‘I can’t believe — and we put two years into that,” he added.

Tatum then interjected, “You put two years, I put like four and a half. ‘Cause I was on the thing and developing it and producing it with like multitude of other directors for different reasons, some the studio, some me. They just never got done.”

Shaking his head, Tatum would later detail, “The amount of time, the amount of like sweat and tears. Holy…”

Carolin would also state, “We beat that script into submission.” 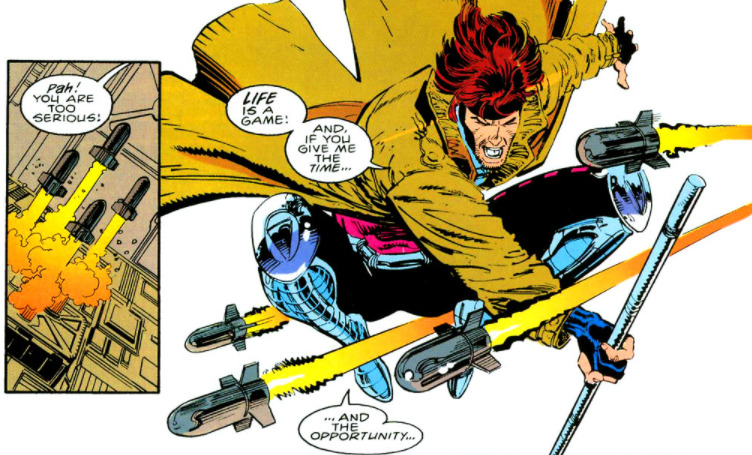 In another part of the interview with the Associated Press, Tatum said, “Look, it was a gauntlet to run and we got so close and for it not to have happened — you know, maybe just truly, gotta kinda say, ‘Hey, if it was meant to be…”

“You know, we won’t know what it could have been unless Marvel calls us up and says, ‘Hey, would you be open to revisiting this.”

As far as how far in development the film got, Carolin detailed, “There was a lot of frustration. We had pre-vised giant sequences. We had shot huge action sequences. We had designed an entire world of characters and creatures that we’d never done these things before.”

“Spent so much time prepping something, we were like we need to be able to go make something. And we reflected on the experience of Magic Mike, where we didn’t have anybody looking over our shoulder. There was nobody saying, ‘You can’t do this. You can’t do that.’ We’d show up with Steven. He was totally liberated as a director. We were totally liberated in our jobs. We were like, ‘That’s what we want,'” concluded Carolin.

At the beginning of month, Tatum told Variety, one of the big issues with the film moving ahead was that Fox did not want him and Carolin to direct the film. He said, “The studio really didn’t want us to direct it.”

“They wanted anybody but us, essentially, because we had never directed anything,” he added. 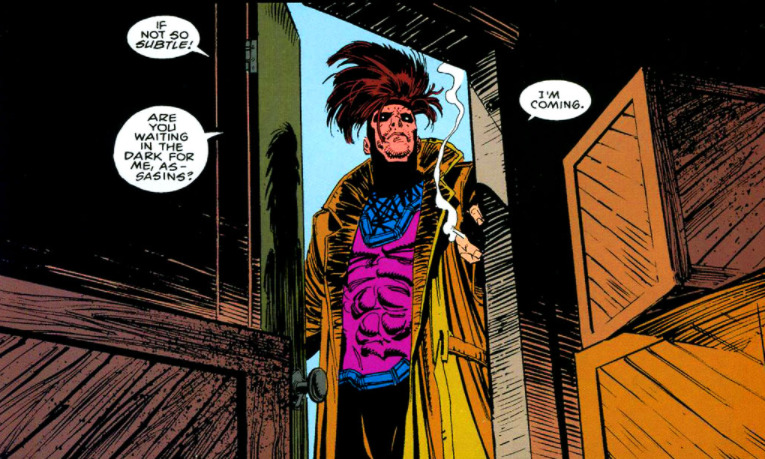 Tatum also relayed he was very defensive of the character explaining, “They would call him ‘flamboyant’ in his description. I wouldn’t — he was just the coolest person. He could pull anything off. Most superheroes, their outfits are utilitarian. Batman’s got his belt. Gambit’s like, ‘No, this shit’s just fly, bro! This shit walked down the Paris runway last year.’ He’s just wearing the stuff that’s so dope because he loves fashion.”

As for what the vision for the film was, Carolin said, “We wanted to make a romantic comedy superhero movie. The thesis was the only thing harder than saving the world is making a relationship work.”

“We were right on the one-yard line. We had cast the film. We’d opened up a production office. We were on our way to shoot in New Orleans,” Carolin explained on how close they were to getting the film off the ground. 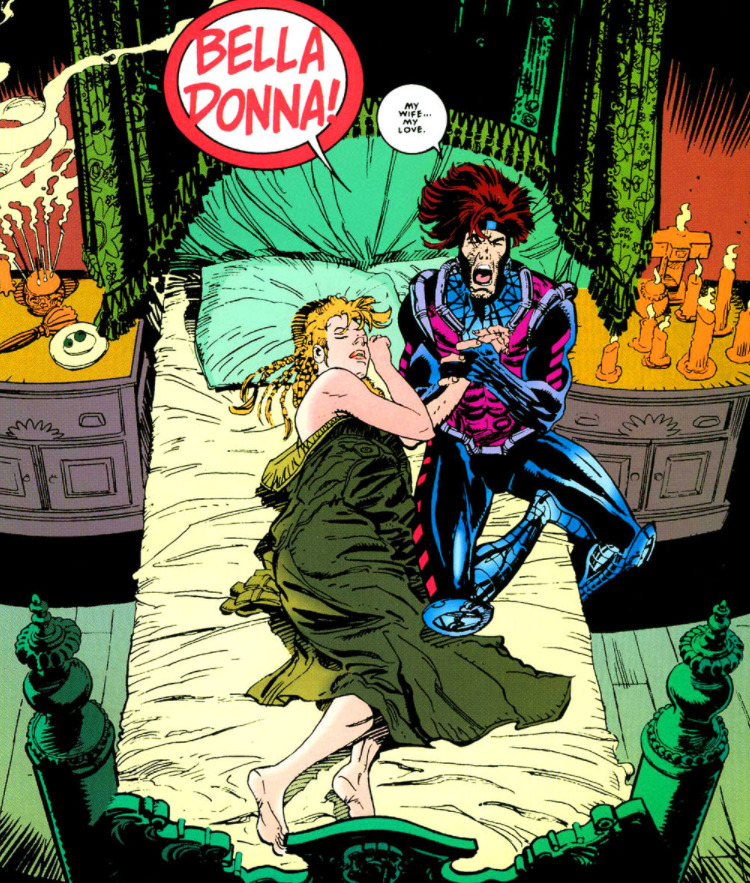 However, the film would be scrapped following the merger between Disney and Fox. Carolin explained, “Disney had just gotten the ‘X-Men’ from Fox. I think they needed to redesign the ‘X-Men’ from the ground up.”

After the movie got scrapped, Tatum detailed he stopped watching Marvel films, “I shut off my Marvel machine. I haven’t been able to see any of the movies. I loved that character. It was just too sad. It was like losing a friend because I was so ready to play him.”

However, he is still open to playing him, “Uh, yeah, I would love to play Gambit. I don’t think we should direct it. I think that was hubris on our part.” 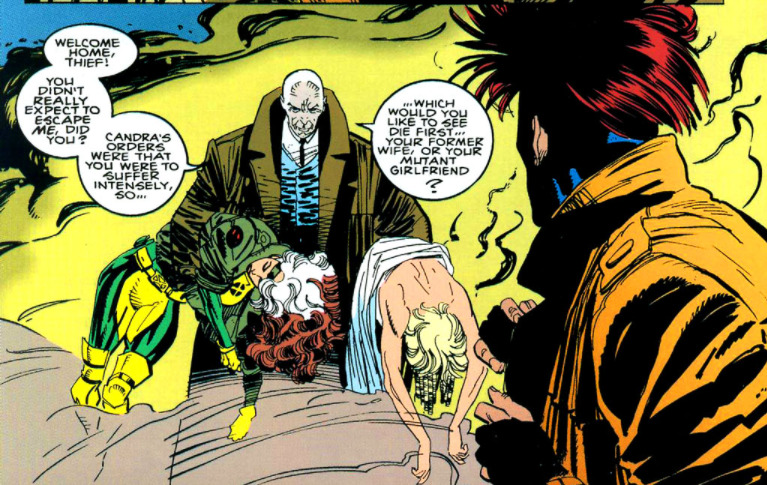 What do you make of Tatum tossing a chair across the room after the film fell apart? Would you want to see him take on the Ragin’ Cajun?