CinemaBlend has pulled its original review of Turning Red and left its author, Sean O’Connell, out to dry after he was accused of being both a sexist and a racist over his opinion that he was not the “target audience” for Pixar’s period-narrative-centric coming-of-age tale. 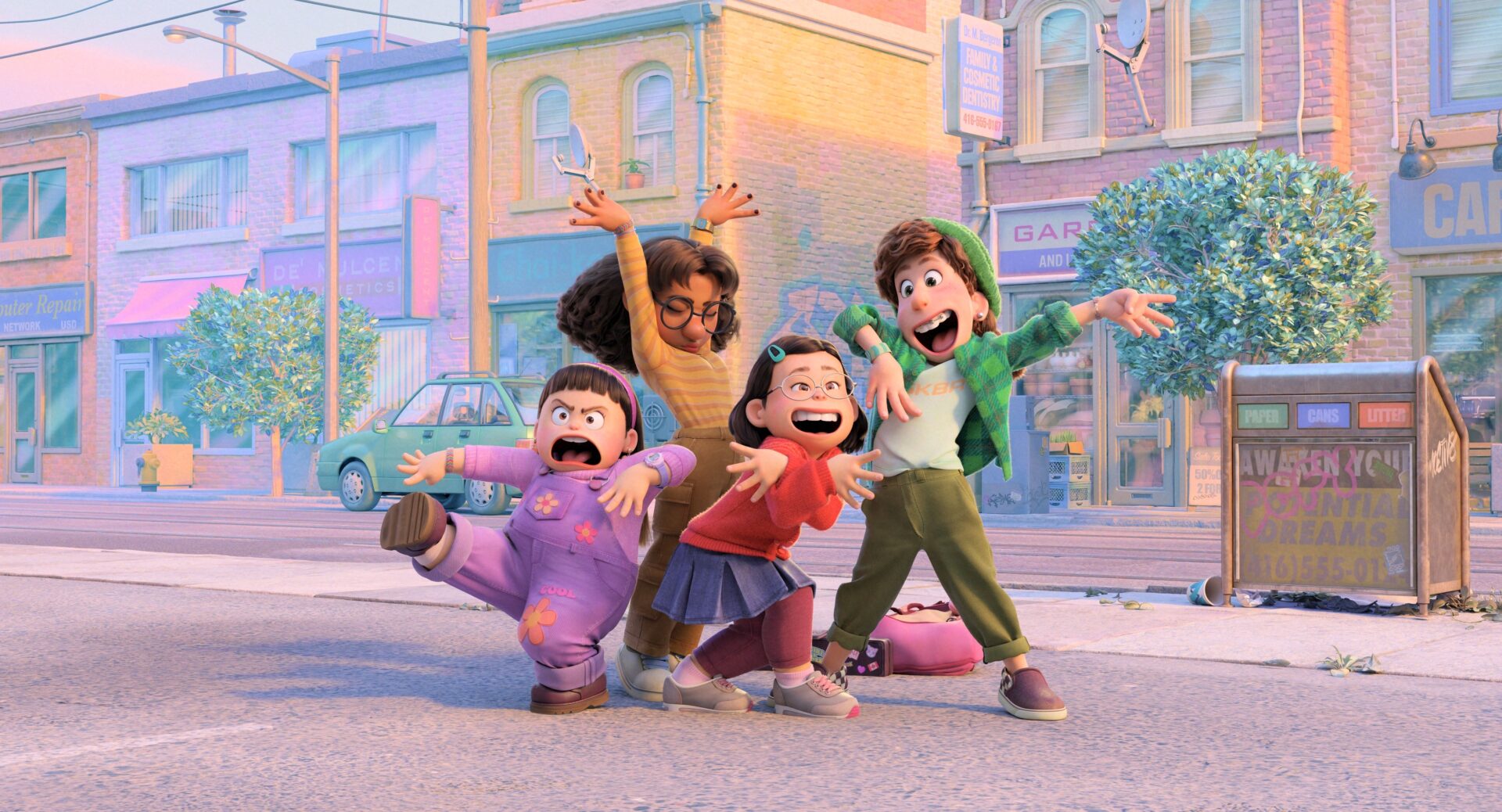 FRIENDS FOREVER – In Disney and Pixar’s all-new original feature film “Turning Red,” 13-year-old Mei Lee, a confident-but-dorky teenager with a tightknit group of friends who are passionate about a boy band called 4-Town. Featuring the voices of Rosalie Chiang, Ava Morse, Maitreyi Ramakrishnan and Hyein Park as Mei, Miriam, Priya and Abby, “Turning Red” will debut exclusively on Disney+ (where Disney+ is available) on March 11, 2022. © 2022 Disney/Pixar. All Rights Reserved.

RELATED: Turning Red Crew Was “Unapologetic” About Including “Real Conversations About Periods”

Published on March 7th and bluntly subtitled “I am not this film’s target audience,” O’Connell’s review put forth the thesis that the film was a prime example of how, “Pixar has turned its reigns over to fresh voices, and given them the freedom to share deeply personal – though less universal – stories.”

“Films like Onward, Luca, and now the studio’s Turning Red come from the heart, without question,” the critic admitted. “But they also risk alienating audience members who can’t find a way into the story, beyond admiring the impressive animation that is the Pixar trademark.” 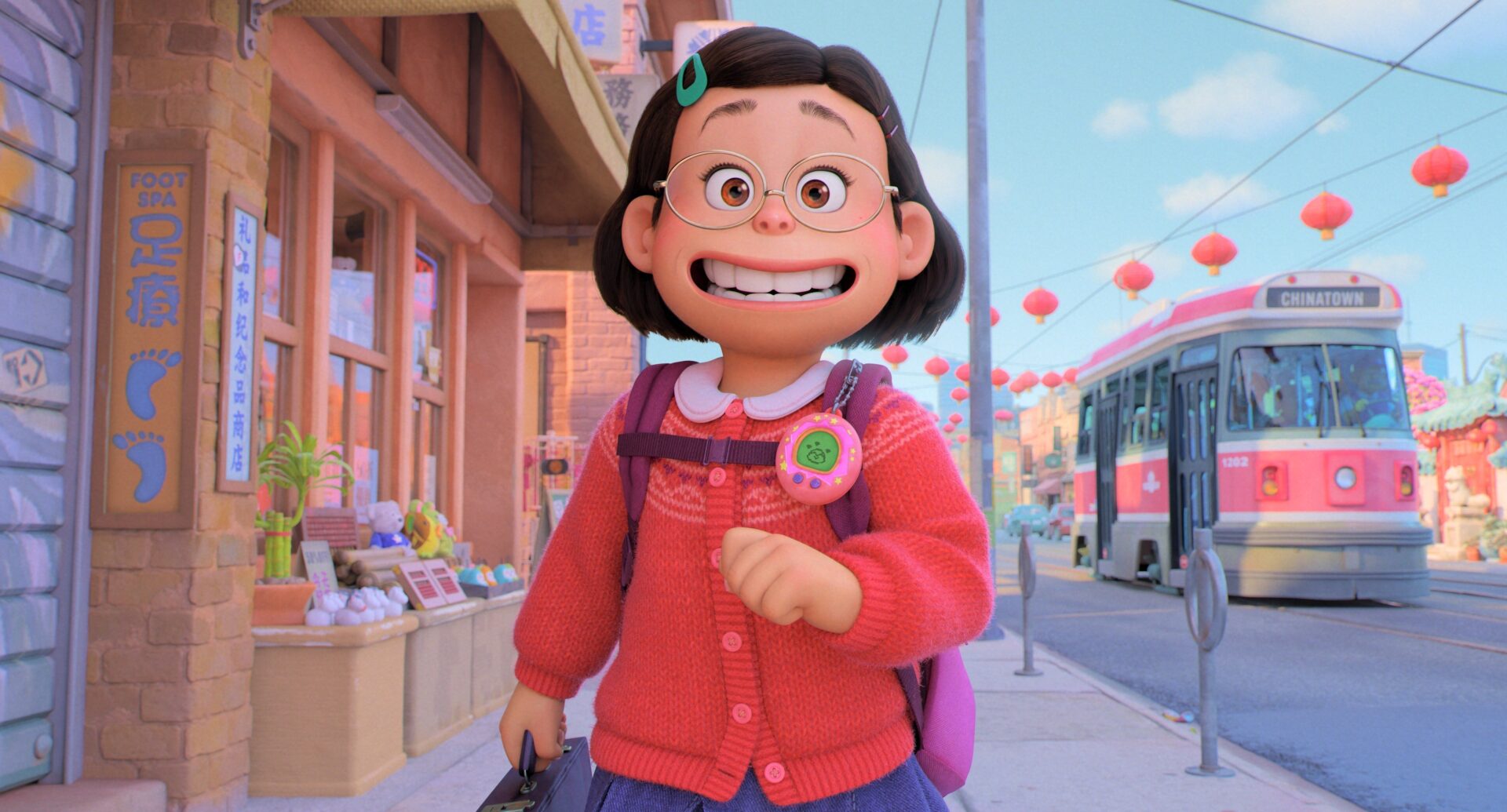 After briefly summarizing the film’s plot, O’Connell recalled that “throughout Turning Red, Domee Shi and her co-screenwriter Julia Cho pepper in jokes and references that will speak directly to teenage girls, be it their bonds over sappy pop songs, or their heated lust for older teen dudes.” 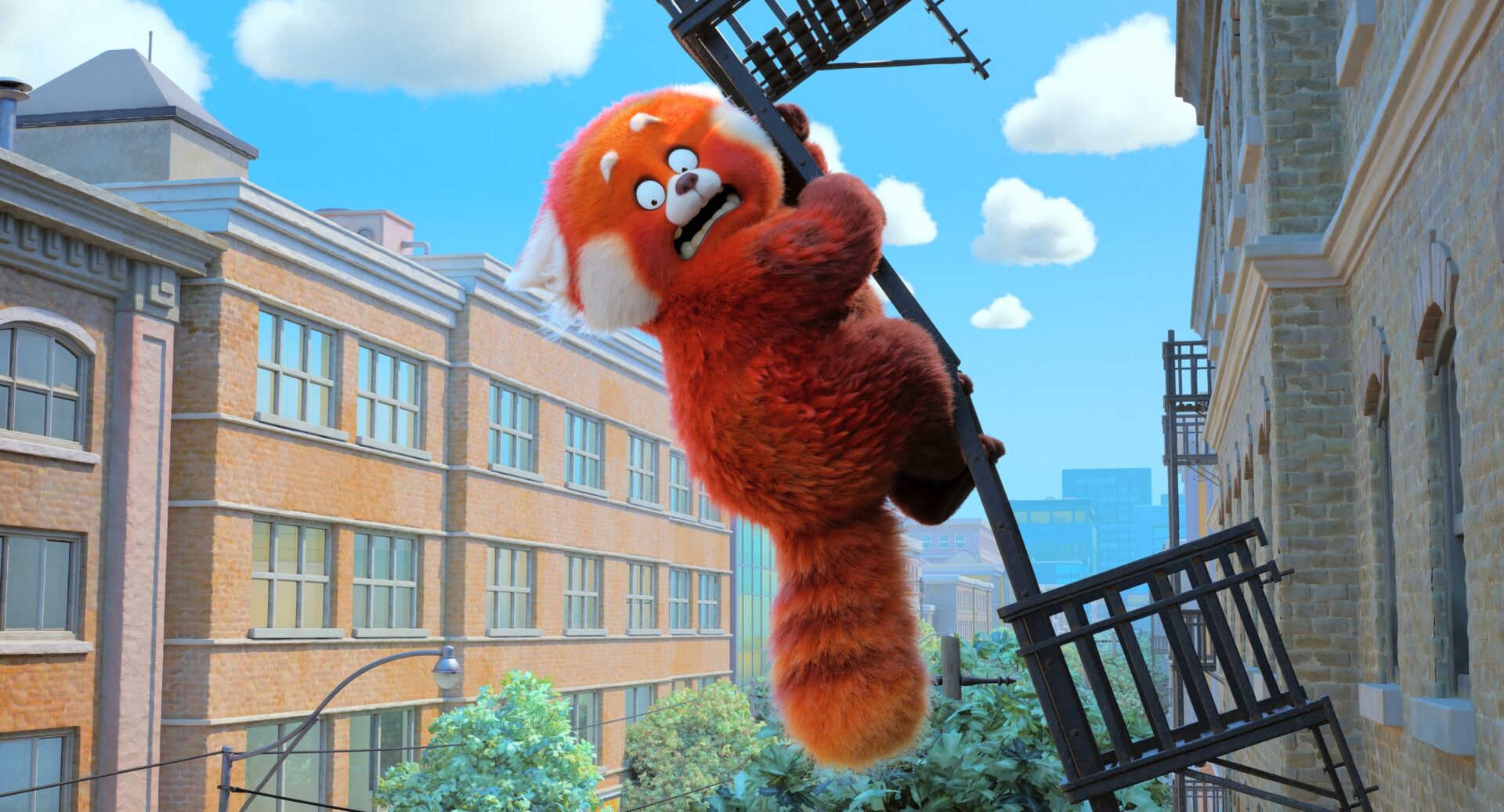 “Again, the protagonist is a hormone-soaked teenager who is trying desperately to quell every emotional fit, so as to prevent herself from turning into an actual panda,” he continued. “So by design, Turning Red needs to ramp up its nervous system and plug directly into the mindset of a young woman. It’s … a lot. It demands Turning Red to ramp up to an ‘11’ and stay there. It wore me out.”

O’Connell then noted that “When Turning Red tries to lose itself in Meilin’s creative process, celebrating her drawings and exploding with visual flairs inspired by her work, it just reminded me of the far superior The Mitchells vs. The Machines, another film that focused on a female character experiencing a major life change (but one that also remembered that a broader audience will be checking the film out, so it bothered to include plot elements everyone could find engaging).” 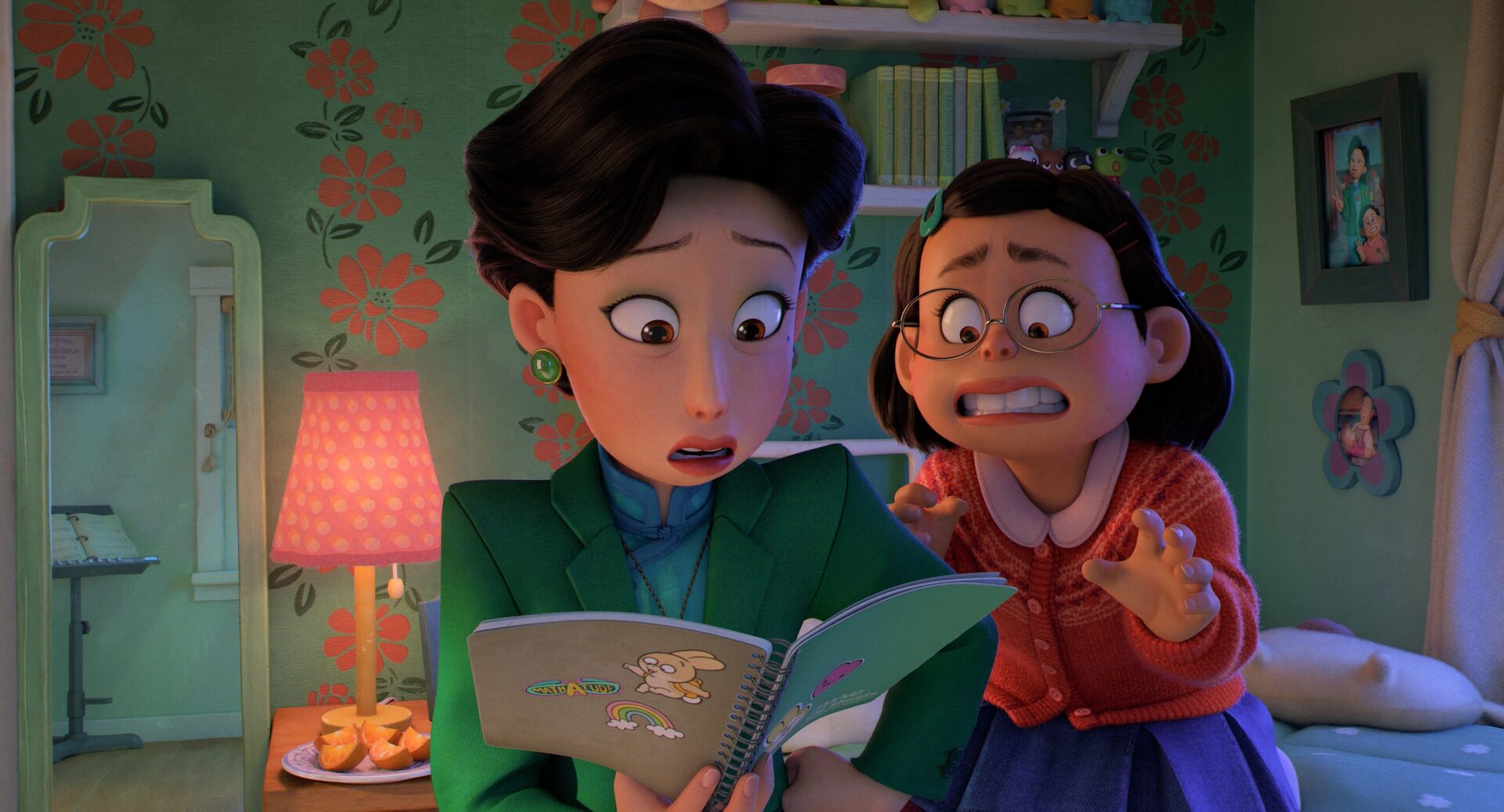 MOTHER, PLEASE! — Disney and Pixar’s all-new original feature film “Turning Red” introduces 13-year-old Mei Lee and her mother, Ming. They’ve always been close, so when Mei begins showing interest in typical teenager things—like boys, for example—Ming is a little (or a lot) tempted to overreact. Featuring Rosalie Chiang as the voice of Mei Lee, and Sandra Oh as the voice of Ming, “Turning Red” will debut exclusively on Disney+ (where Disney+ is available) on March 11, 2022. © 2022 Disney/Pixar. All Rights Reserved.

“There’s an audience out there for Turning Red,” he concluded his review. “And when that audience finds the movie, I’ve no doubt they will celebrate it for the unique animal that it is. In my opinion, however, that audience is relatively small, and I’m not part of it.”

Sharing his piece to Twitter following its publication, O’Connell reiterated in summation, “Some Pixar films are made for a universal audience. Turning Red is not. The target audience for this one feels very specific, very narrow. If you are in it, this might work for you. I am not in it. This was exhausting.” 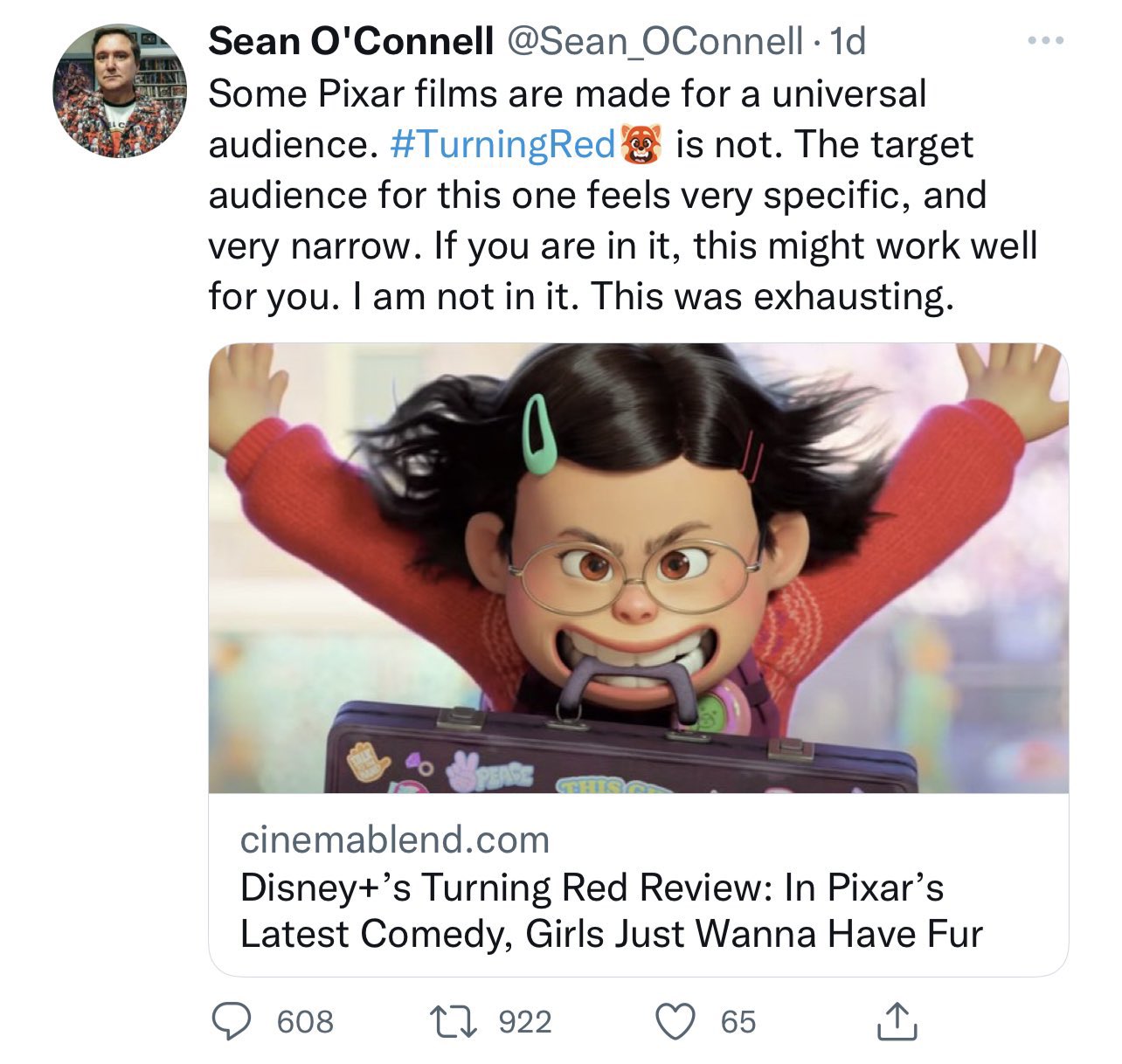 RELATED RUMOR: Pixar “At War With Disney And Bob Chapek” Over Decision To Release ‘Turning Red’ Direct To Disney Plus

Unsurprisingly, shortly after tweeting out his review – despite his opinion being devoid of any malice or anger, instead merely accepting of the fact that others would get more out of the film than he did – O’Connell was inundated with accusations that due to his being a white male, his indifference to Turning Red was based in sexism and racism.

“At some point, I hope white men genuinely unpack the fact that stories about white people are universal, but stories about people of color are supposedly ‘for a specific audience,’ wrote YouTuber Kat Blaque. “People of color raised in this country are always taught to empathize w/ white people but it’s really clear to me that white folks generally see anything that centers a person who isn’t white as a deviation.” 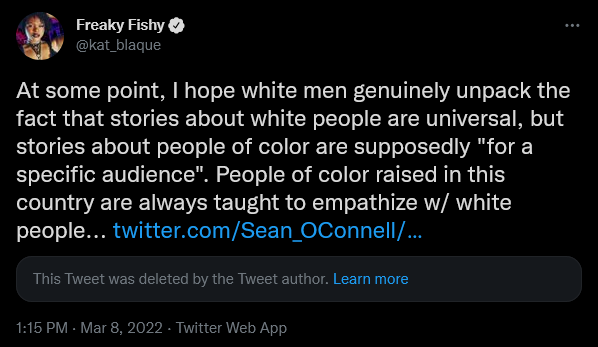 “Something they could never personally identify with,” she said. “Would that be the case without white supremacy?”

Alicia Lutes, former host of the web series Fangirling, sarcastically mocked O’Connell, “oh man, thoughts and prayers to you, a man who is ‘not in’ this movie and therefore cannot relate or understand.”

“i am so glad you were able to take this brave stance,” she further insulted. “if only more movies were made for middle-aged white dudes so they could truly see themselves!!!” 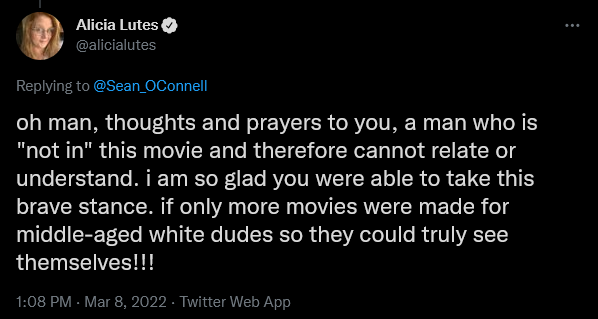 “This dude sits on the board of @CriticsChoice?” asked Entertainment Weekly digital editor Yolanda Machado. “I am so ashamed that I share a group with him. He must be removed as he has done this before. We do not want or need racist critics on the board.” 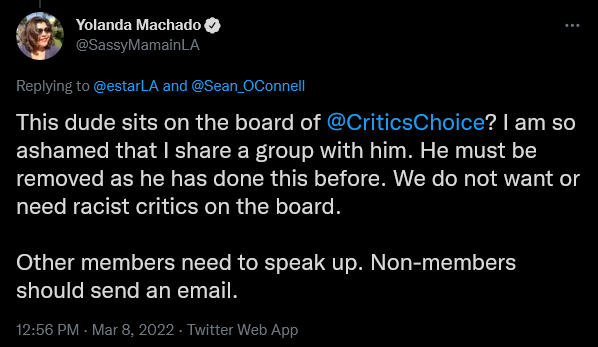 “Not only does @CriticsChoice need to address this, but if @CinemaBlend keeps him- then they are just saying they are racist too,” she added. “So I’ll be watching!”

Eventually, O’Connell deleted his original tweet, apologizing in a follow-up post, ”I ‘m genuinely sorry for my Turning Red review. Thank you to everyone who has reached out with criticism, no matter how harsh.”

“It is clear that I didn’t engage nearly enough with the movie, nor did I explain my point of view well, at all,” he acceded. “I really appreciate your feedback.”

However, O’Connell’s apology did little to quell the flames of outrage, and in fact seemed to only fan them further.

“Do you understand how damaging that tweet was?” asked Critics Choice member Teri Hart. “How much this is rooted in problems with systemic ‘isms in film criticism. Why women haven’t been able to see themselves represented in movies. You host a movie podcast with 2 other white men, you have access to many others.” 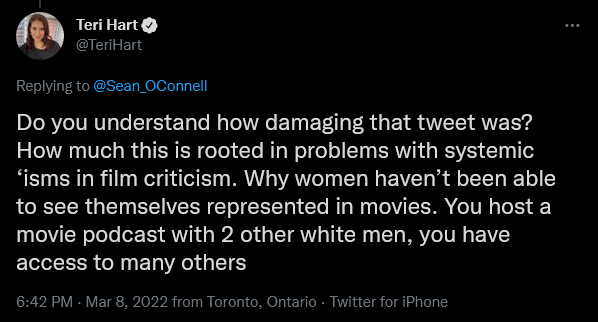 Retweeting O’Connell, The New York Times contributor Max Gao dismissed his apology and declared, “No, you made your point loud and clear.”

“This review should have been assigned to a writer who can speak to the nuances in this film—or at least someone who is willing to engage with the subject matter,” he stated. “There is no excuse for this level of ignorance in the first place.” 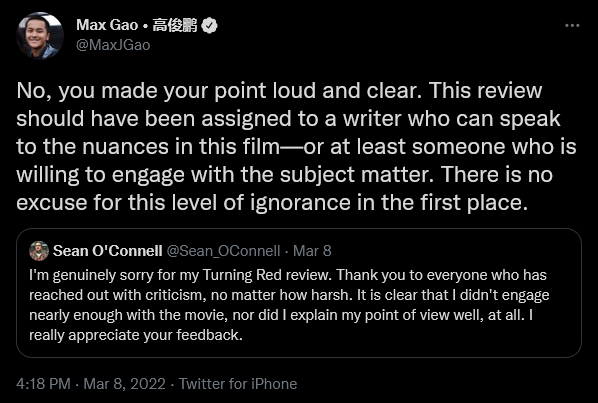 “This tweet by @Sean_OConnell was deleted but I think It needs to stay in rotation,” wrote Community star Yvette Nicole Brown. “Sean can’t relate to a film where folks who look like him aren’t centered. Meanwhile POC didn’t see ourselves represented for GENERATIONS and yet we still enjoyed TV & films. Interesting, no?” 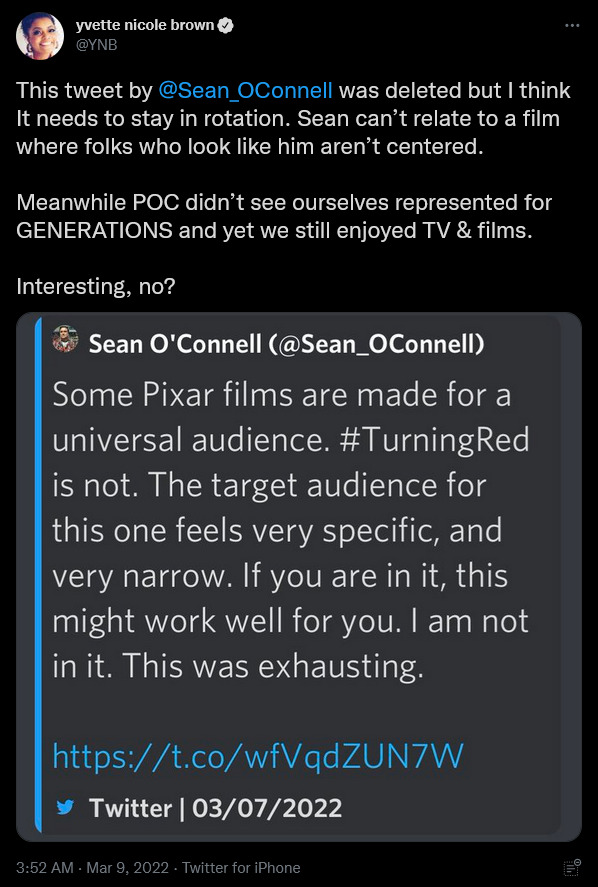 “The last two lines explain it all,” she asserted. “That, in a nutshell, is what the need for centering is all about. It’s offensive and exhausting for them to not be the focus (for once). In all fairness, @Sean_OConnell has since apologized. It’s on his page if you’d like to see it.” 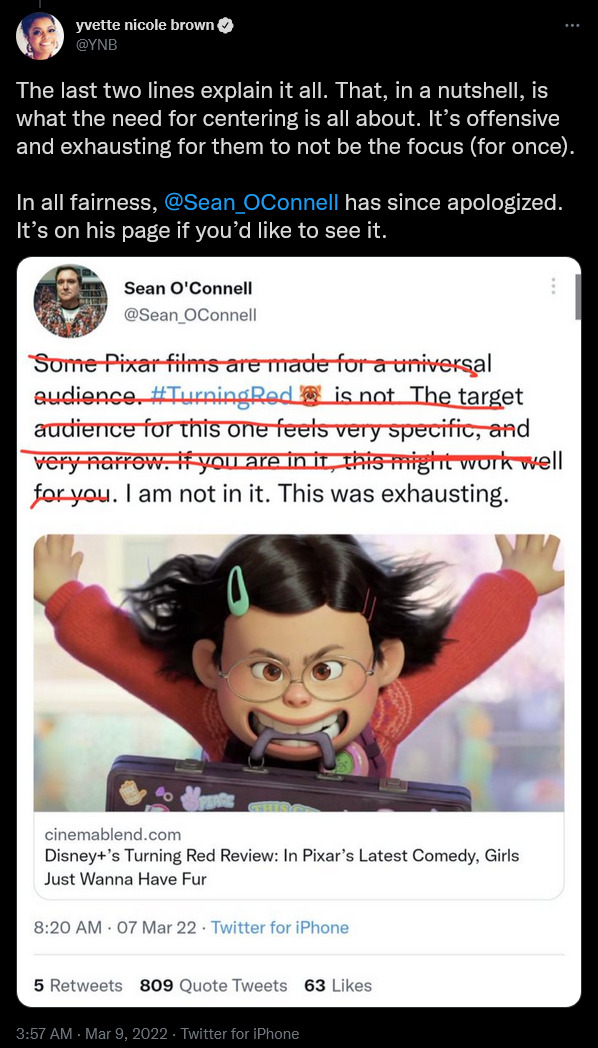 Ultimately, on March 8th, CinemaBlend Editor-in-Chief Mack Rawden apologized to the outraged on Twitter, admitting, “We failed to properly edit this review, and it never should have gone up.”

“We have unpublished it and assigned to someone else,” he then announced. “We have also added new levels of editorial oversight. Thank you to everyone who spoke up.” 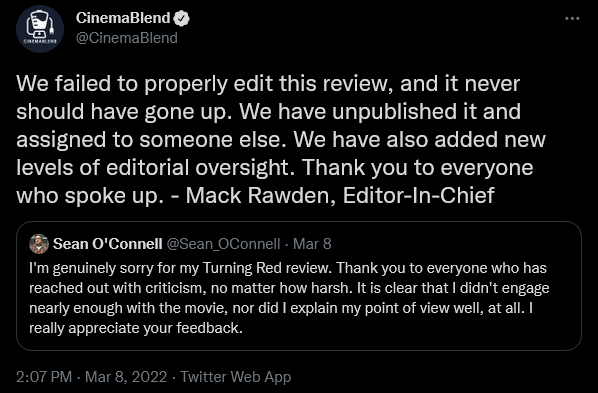 What do you make of the outrage against O’Connell’s review of Turning Red? Let us know your thoughts on social media or in the comments down below!