Legendary comedian John Cleese was momentarily censored this past weekend after pointing out that the British had been enslaved in the past and mockingly demanded reparations from France and Italy. 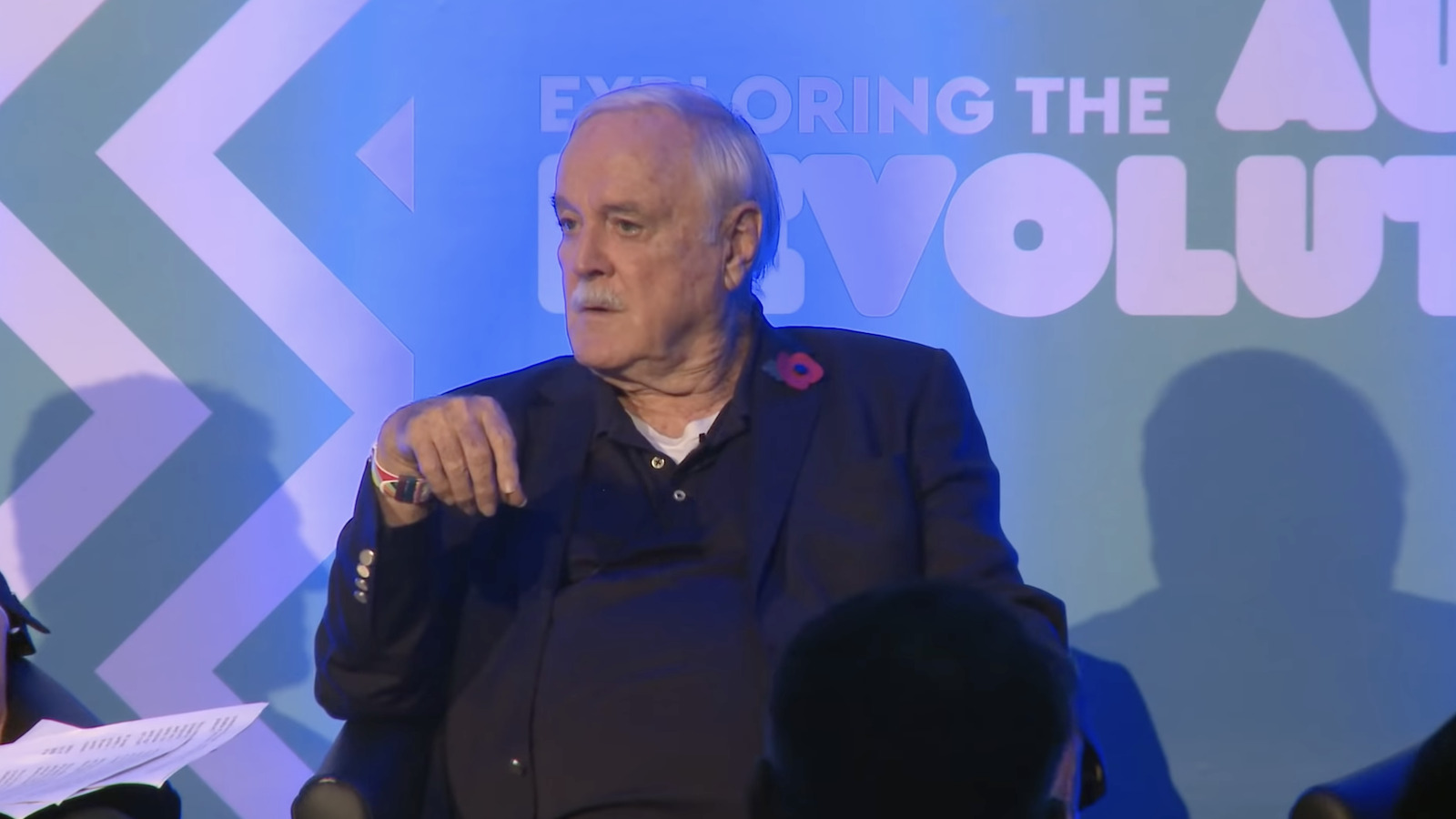 According to information shared by The Hollywood Reporter, the Monty Python star was joined by fellow comedians Jim Gaffigan, Dulcé Sloan, and Ricky Velez for a 90-minute talk at an event titled “John Cleese in Conversation” hosted during the recent South by Southwest festival.

The outlet reports that the incident “began with Sloan, a stand-up comic and  Daily Show correspondent, who is Black, making a joke about colonization,” which prompted Cleese to respond with, the declaration that people “forget the British Empire was the basic political unit of organization for 6,000 years — the British didn’t start [colonizing].”

“We know, but ya’ll did it so well!” Sloan replied to the English comedian, reportedly drawing some laughs from the audience. “It’s the reason I’m here! I’m not supposed to be here!” 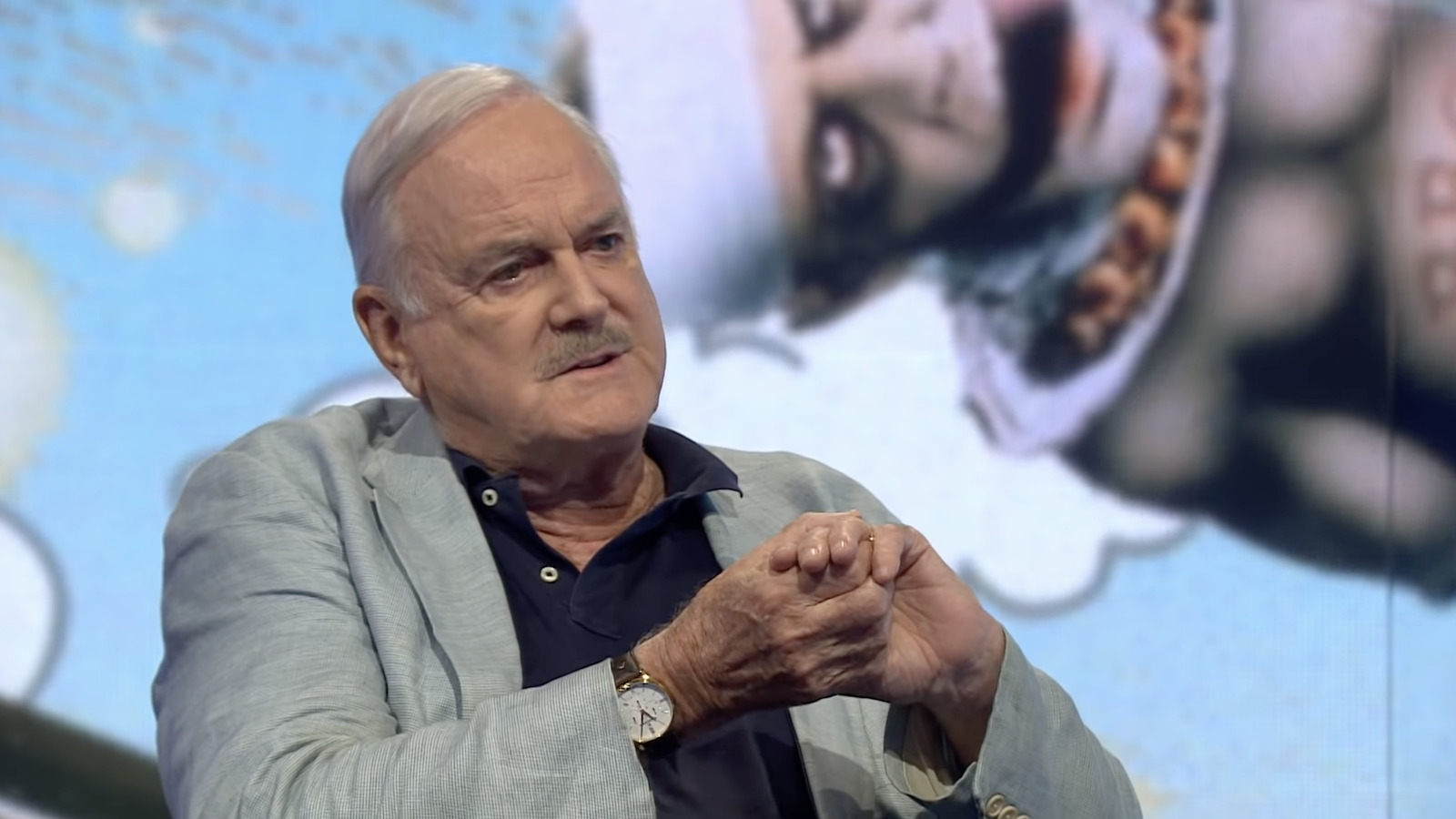 “But to pretend that one lot were worse than another — you do know the British have been slaves twice, right?” the comedian fervently declared, prompting Sloan to attempt to sway away from the topic by stating, “The Dutch are the problem.” 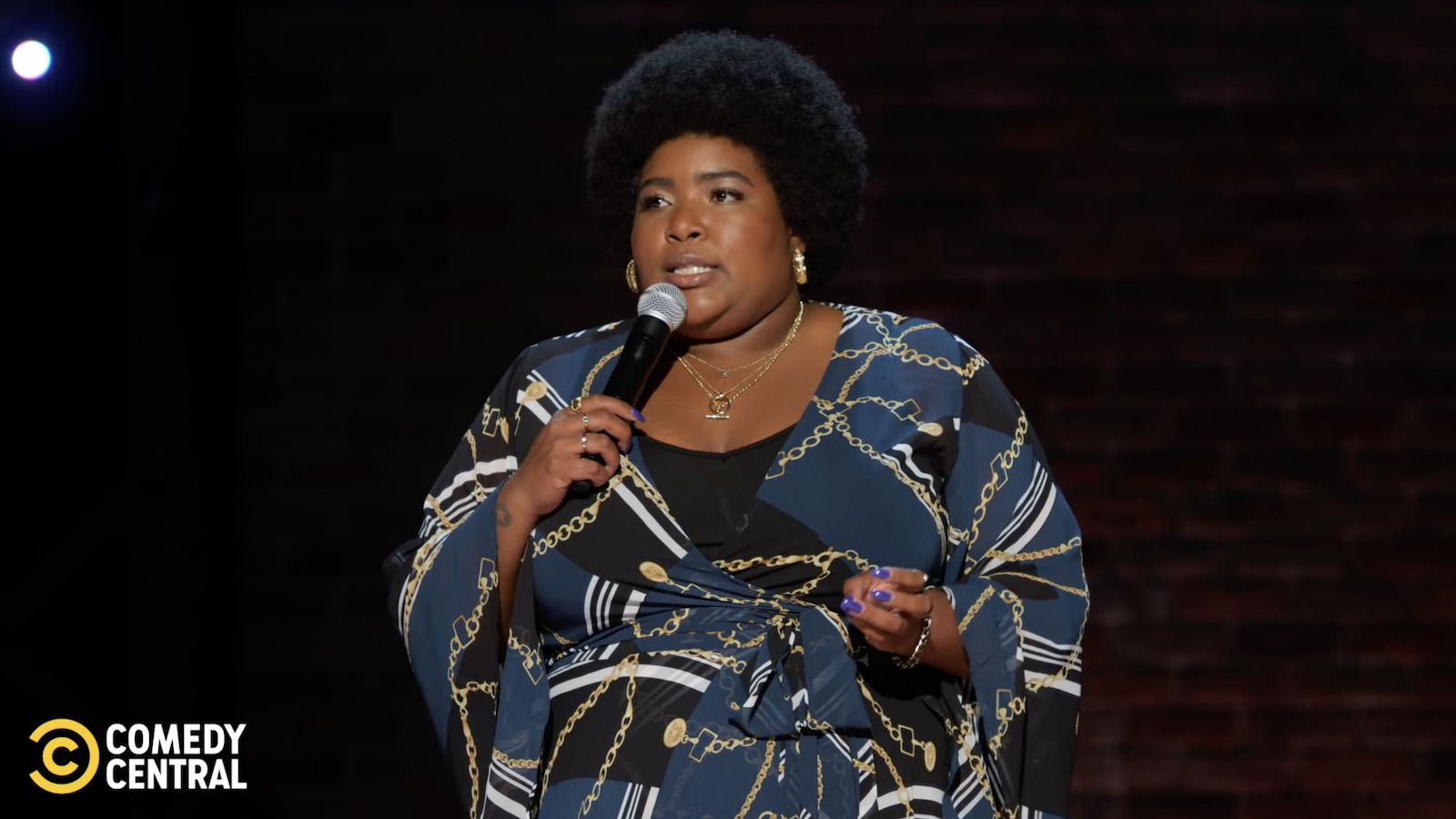 “My people were slaves too, you know” responded Cleese, adding that “[People] get competitive about this business of being oppressed. We were oppressed, the English, by the Romans for 400 [years], from about 0 to 400.”

“You’re really going back,” interjected panel moderator Dan Pasternack. “This is getting so uncomfortable,” Velez interjected, asking, “[Is this the new] Dave Chappelle special?”

Sloan reportedly said, “I don’t want to have a struggle competition,” to which Cleese declared that he not only wanted reparations from Italy but also from France. 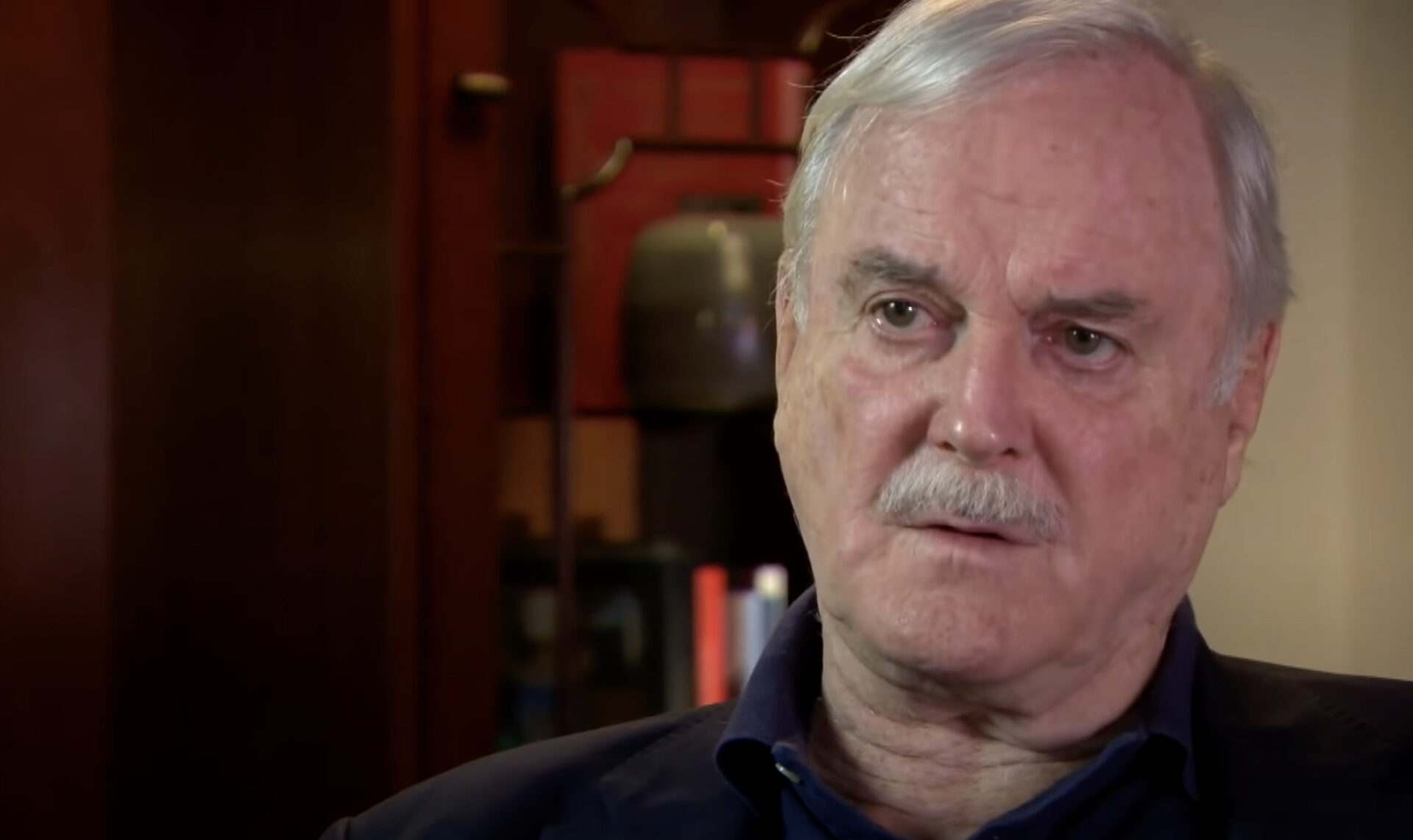 THR claims that the comedian’s reply prompted “shocked gasps’ from the audience.

“I want reparations from Italy… and then the Normans came over in 1066… they were horrible people from France, and they came and colonized us for 30 years — we need reparations there too, I’m afraid,” the British comedian reportedly demanded.

Pasternack then playfully told the crowd, “This is why your phones are locked up,” later joking about “playing the Jew card”. According to the outlet, Cleese next attempted to set up a “Do you know why Jews…” joke about a stereotypical physical trait. 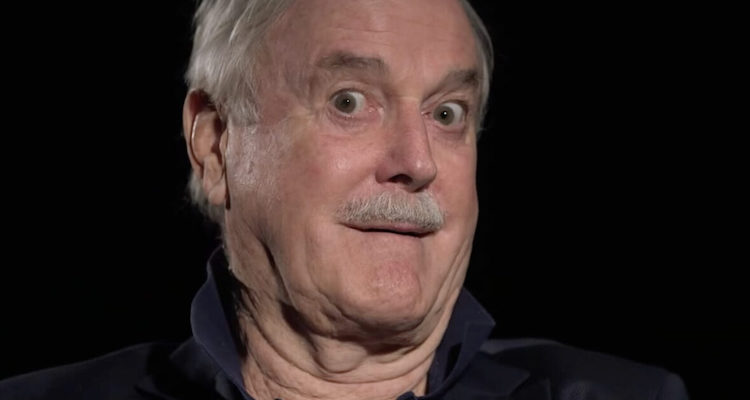 Cleese’s comment elicited a knee-jerk reaction from Sloan, who promptly “confiscated” the comedy legend’s microphone. “And now you saved the colonizer,” stated Pasternack. “I saved a comic whose career I respect,” said Sloan, justifying her actions.

Gaffigan allegedly said to Cleese: “The bravest people are never the ones that tell you that they’re brave. You know, like you’re saying some s—t here that … people say, ‘I’m so brave!’ They never say some of this s—t.”

Cleese jokingly replied, “Well, the thing is, I’m going to be dead soon. That’s why I’m in favor of global warming — I don’t want to be cold ever again,” which prompted a tacky, tone-deaf remark by Pasternack, who implied the comedian will go to Hell once he passes away, saying, “Where you’re going, you won’t be!” 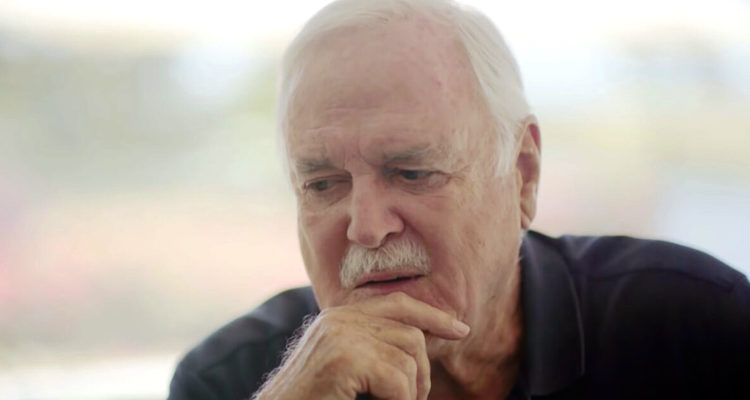 Cleese is not wrong in his assertions, as the Romans did historically enslave the Britons after Roman Conquest of Britain in 43 AD – a fact that his offended fellow comedians were either unaware or dismissive of.

Similarly, Britons were also enslaved by the Normans following the Norman Conquest in the 11th-century, wherein William the Conqueror invaded England in September of 1066 and eventually killed earl Harold Godwinson at the Battle of Hastings.

According to information found on the Domesday Book of 1086 – a manuscript containing detailed information on William the Conqueror’s holdings commissioned by the ruler himself – around 10% of the population in England were slaves, with cities like Bristol actively engaging in slave trade with the Irish. 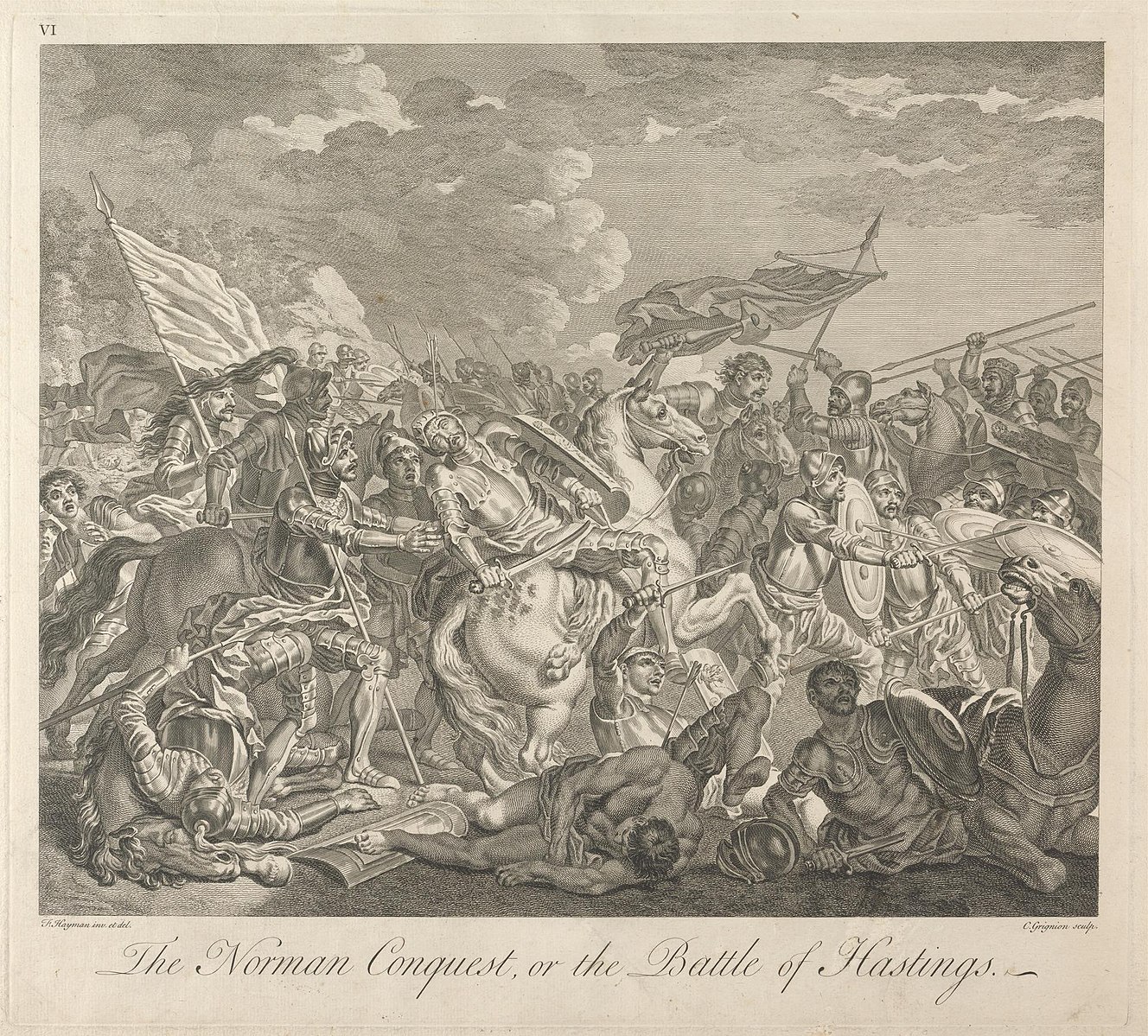 “They would buy up men from all over England and sell them off to Ireland in hope of a profit, and put up for sale maidservants after toying with them in bed and making them pregnant,” detailed English historian William of Malmesbury in his Vita Wulfstani. “You would have groaned to see the files of the wretches roped together, young persons of both sexes, whose youth respectable appearance would have aroused the pity of barbarians, being put up for sale every day.”

“An accursed deed, and a crying shame, that men devoid of emotions that even beasts feel should condemn to slavery their own relations and even their flesh and blood,” he continued. 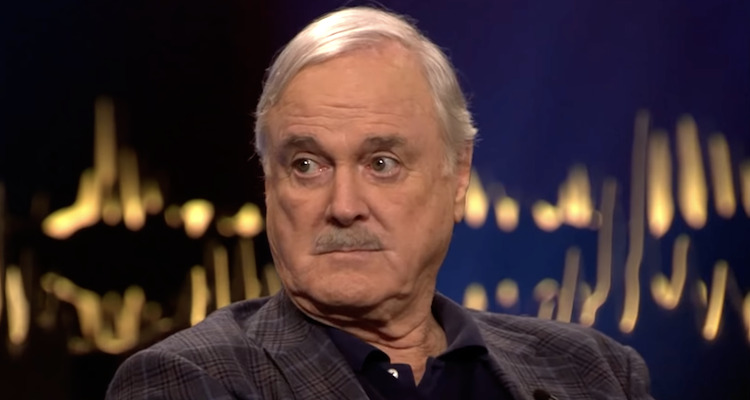 What do you make of Dulcé Sloan taking away Cleese’s microphone after the comedian demanded reparations from France and Italy for historically enslaving Britons? Let us know your thoughts in the comments section down below or on social media.

NEXT: Monty Python Co-Founder John Cleese Under Fire for Repeating Opinion That “London is No Longer an English city”