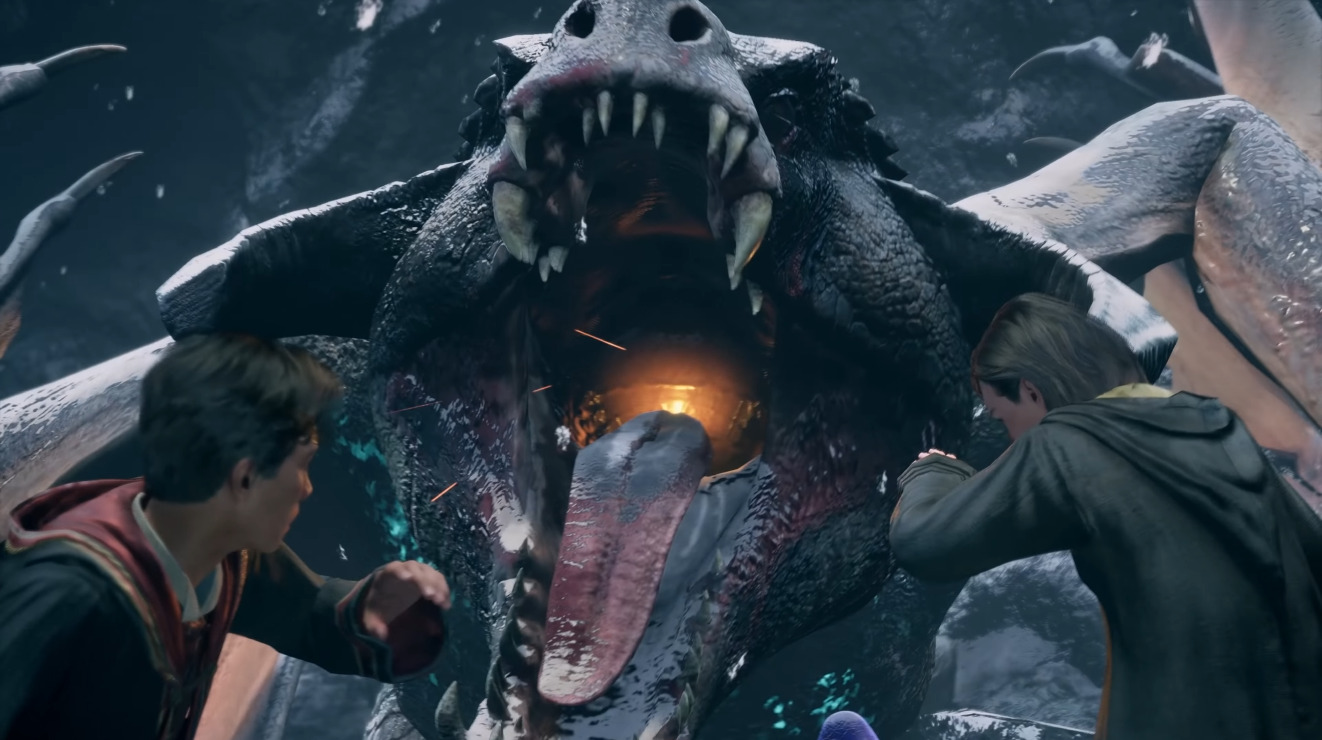 An open world action RPG set in the late 1800s, Hogwarts Legacy invites players to explore the Wizarding World with their own customizable witch or wizard.

Along with mastering all things magical, players will be faced with making various choices, the outcomes of which will have an effect on such elements as which of the eponymous school’s four houses they’ll be placed into.

Players will enter the school as a new student – starting in their fifth year no less – who has the power to manipulate ancient magic that was hidden even to the Wizarding World.

On the official PlayStation Blog, Narrative Lead Moira Squier briefly hinted that the player character will also stand as the survivor of a seemingly tragic incident. 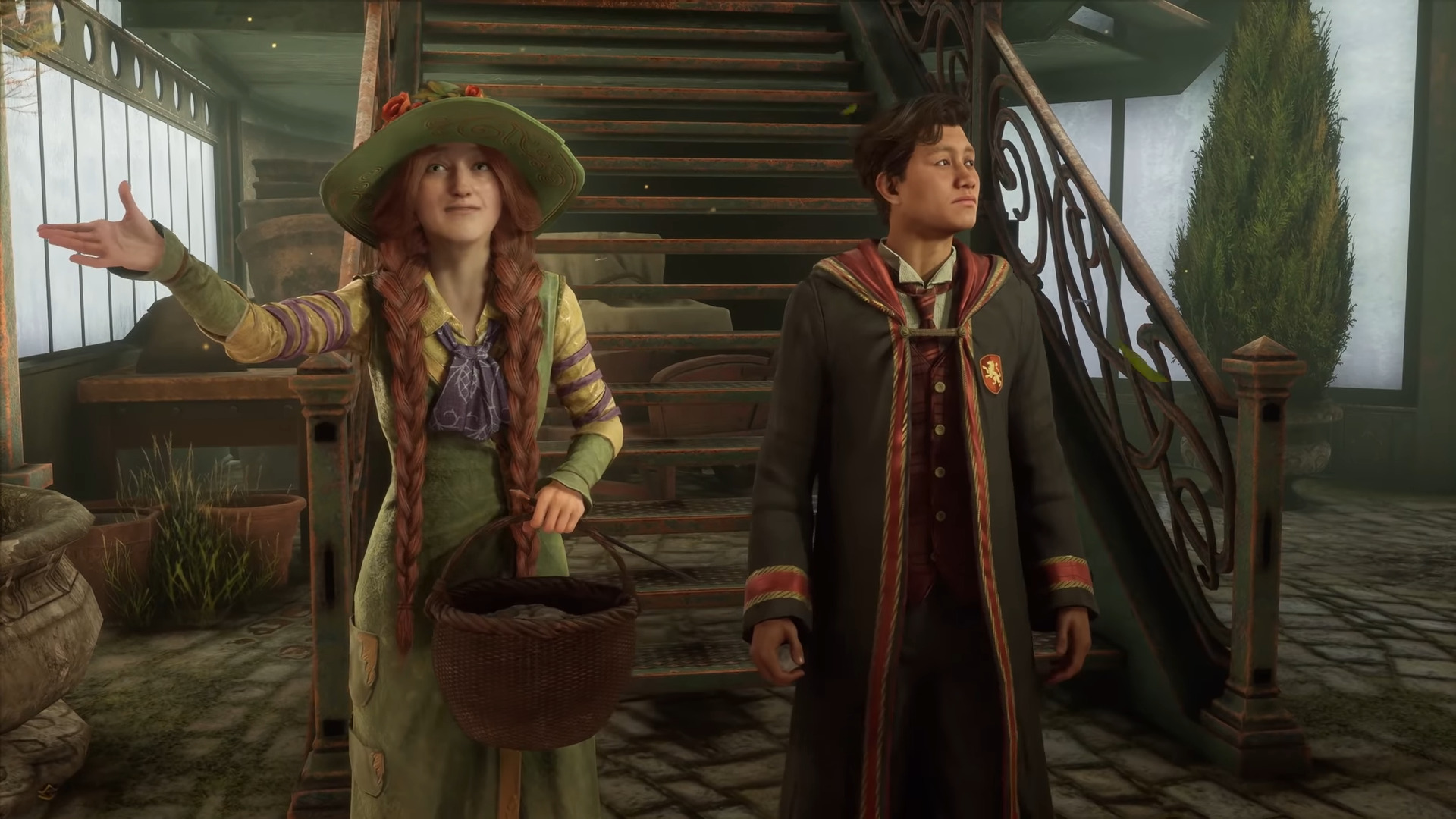 During their time at Hogwarts, players will not only work out how they came to be in possession of the dark power, but also the identity of mystery stranger currently hunting them down in hopes of stealing it and using it against all of wizard-kind

Further still, players will also be working alongside original character Professor Eleazar Fig to investigate if the rumors of a goblin rebellion led by Ranrok are true.

Along with goblins and the dark wizards – such as Victor Rookwood, a likely ancestor of Augustus Rookwood– who are in tenuous alliance with them, players will also face off against magical creatures corrupted by some unknown force. 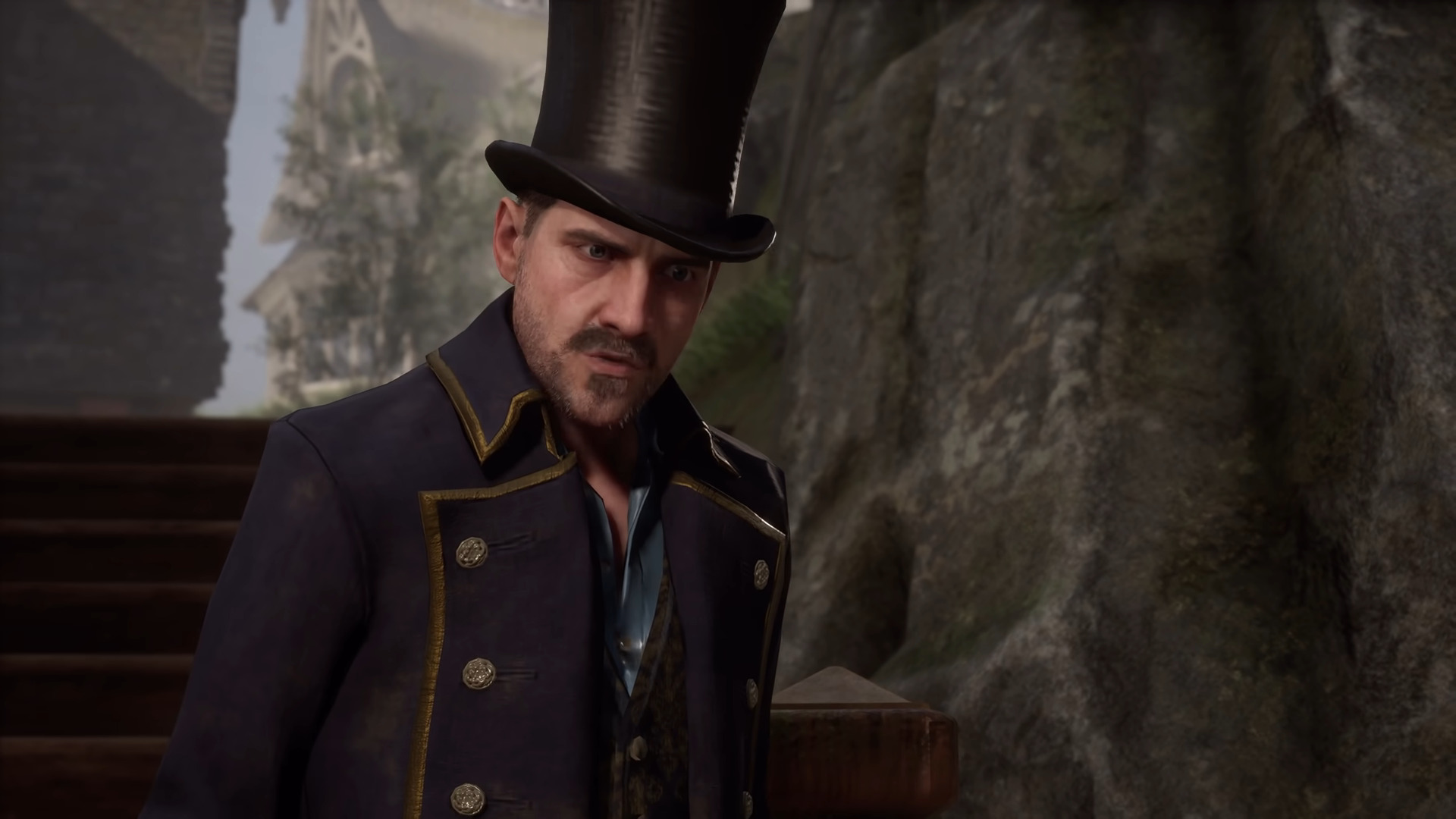 As part of their schoolwork, players will undertake lessons in such subjects as charms, defense against the dark arts, herbology, magical beasts, and potion making.

Between lessons, they’ll be allowed to explore the ever mysterious Hogwarts, uncovering its dungeons, secret passages, and other such areas not yet explored in the films and books. 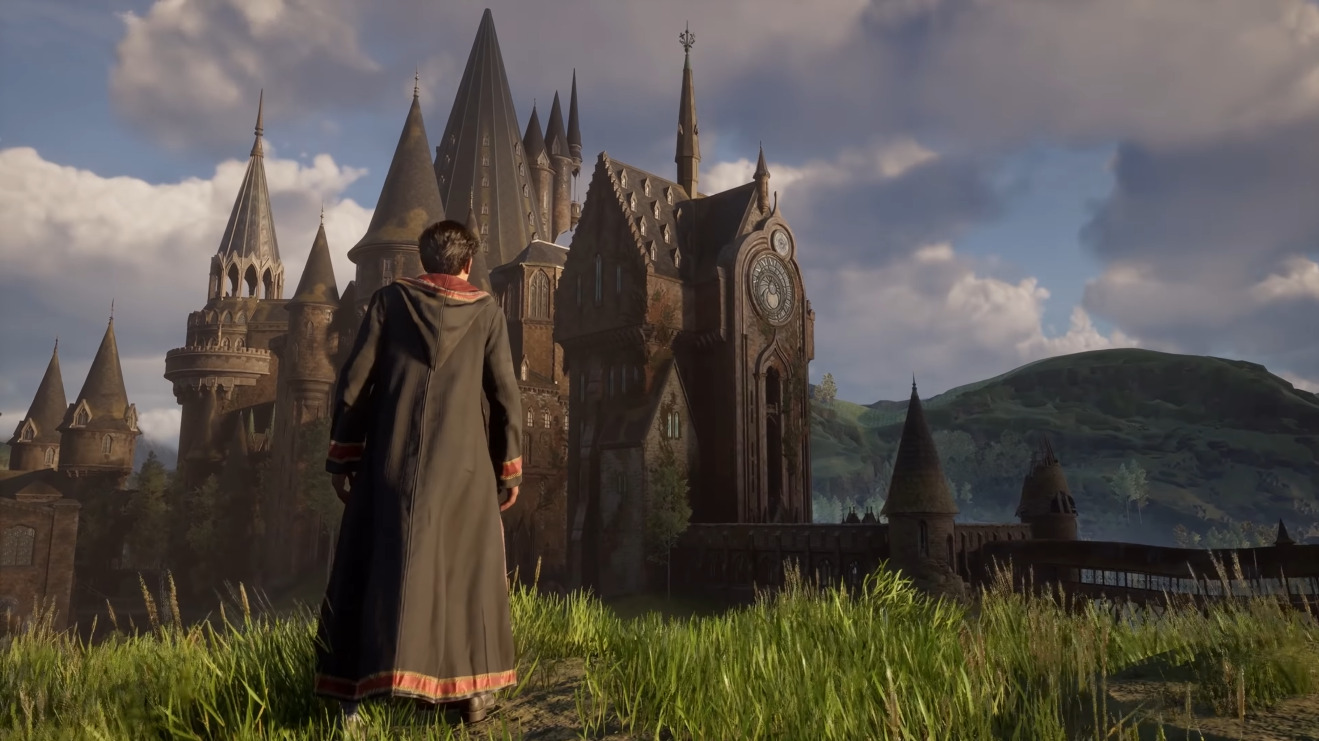 There will also be special “side assignments” that, used to help one catch up with their fellow students, that be taken on at a player’s leisure.

The player’s arsenal of magical spells will include such abilities as being able to pull, throw, and slam objects, shielding one’s self, stunning foes, setting them alight, sending them flying into the air to be peppered by more attack combos, and unleashing ancient magic and finishers.

As players develop relationships with other students, they can learn their unique spells and stories, and even have them accompany you on your adventures. 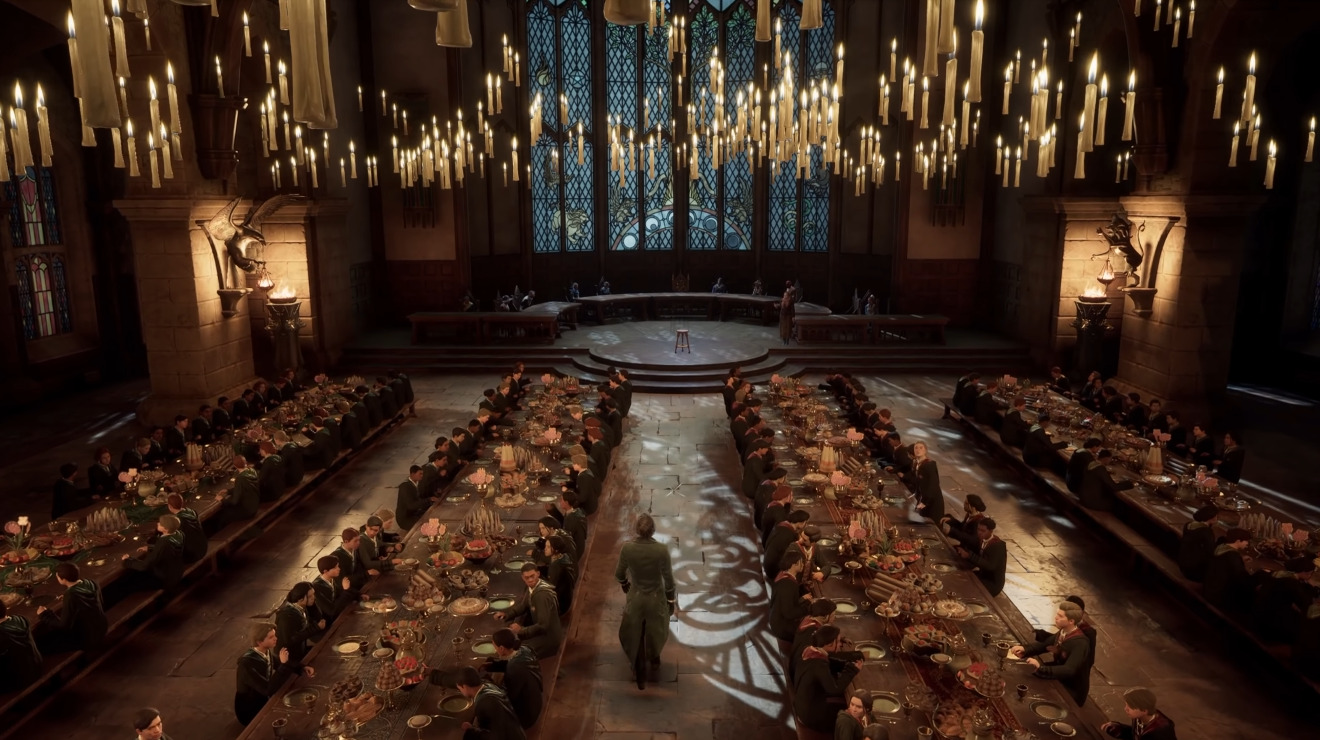 As far as player progression, Hogwarts Legacy will see players invest points into several different Talents, each of which grant various bonuses and enhancements to the game’s various mechanics such as magics, crafted items, and even play styles.

The experiences points needed to do so can be earned by completing challenges, with looted or purchased gear allowing one to augment their Talents even further. 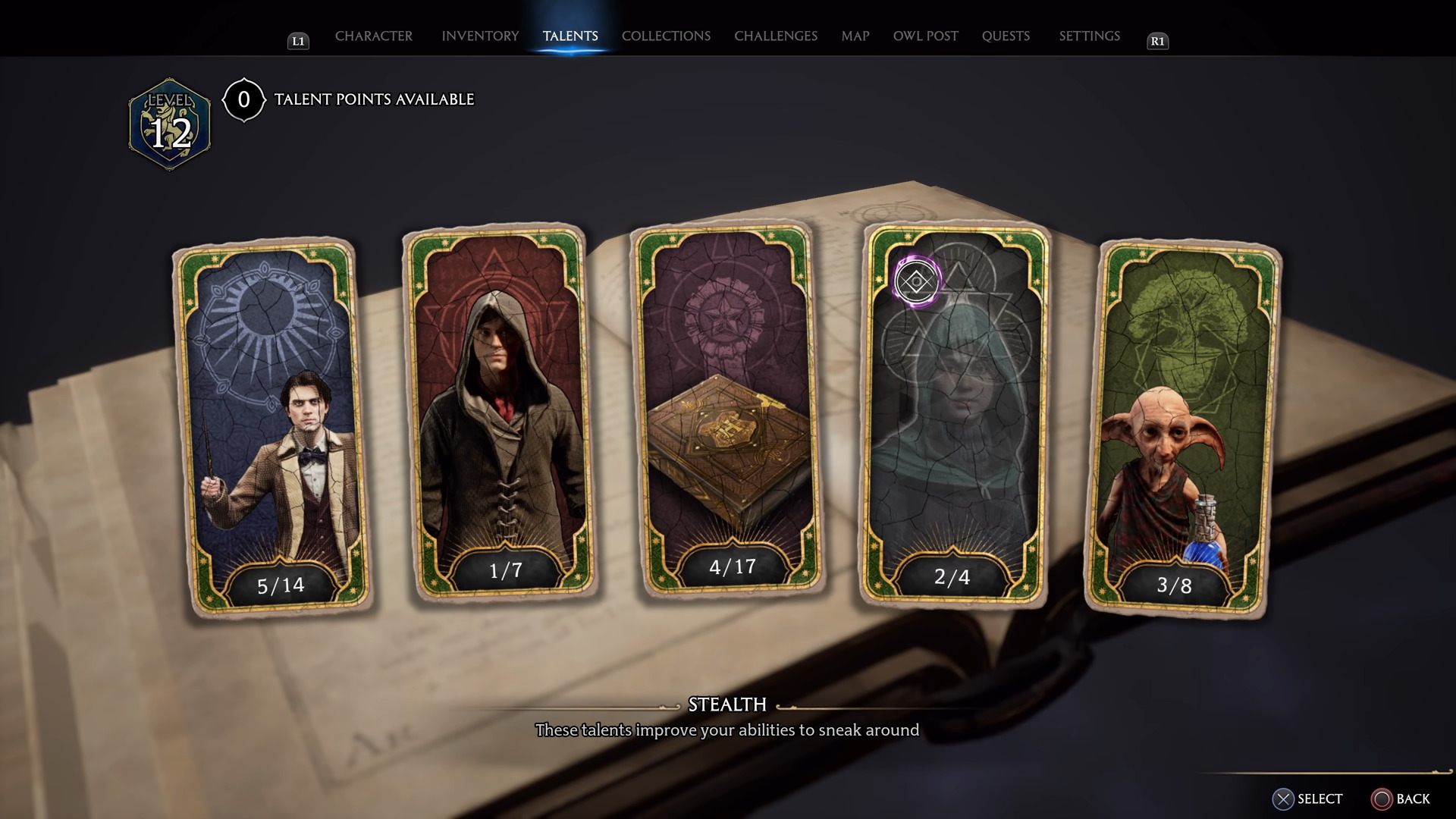 Foes will also have access to their own set of spells and curses that will allow them to blast, stun, and bind enemies, as well as enhance their own weapons.

Each also promise to also boast their own respective strengths and weaknesses, requiring players to adapt to each new opponent. 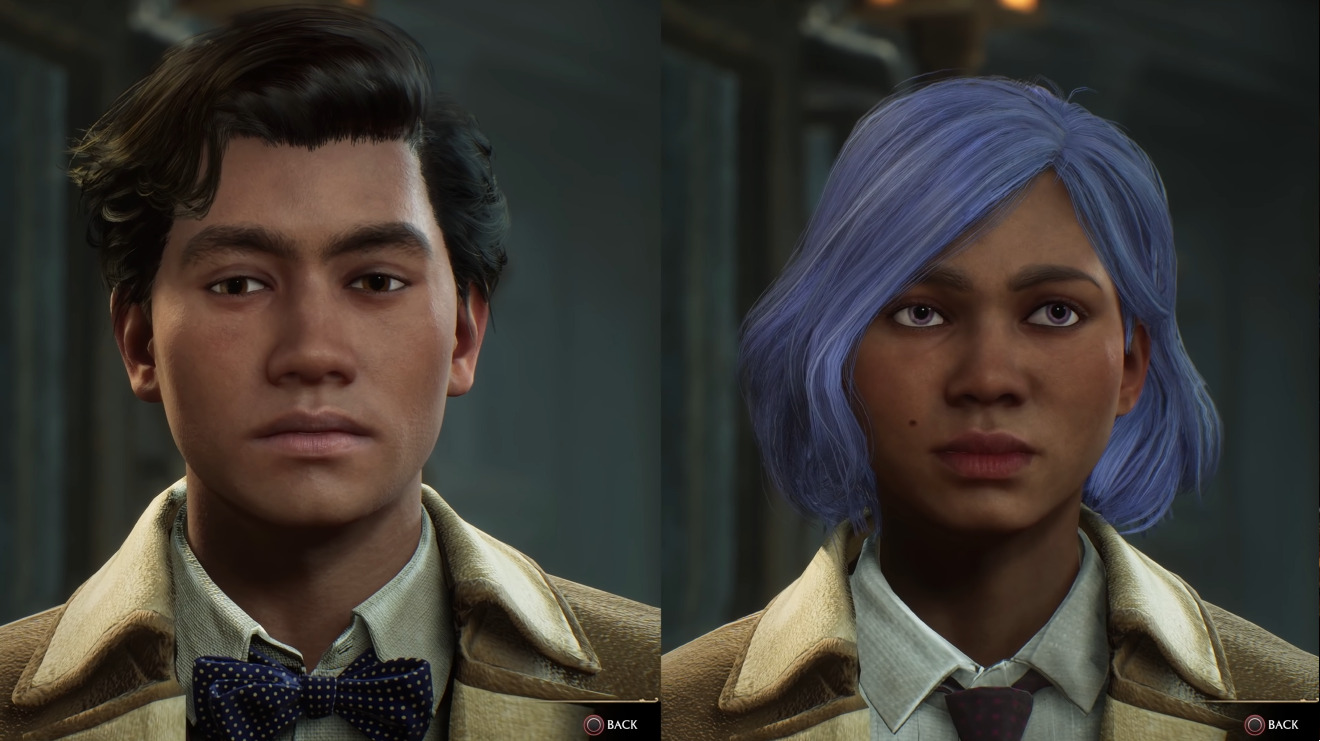 As for some of the Wizard World’s other staple novelties, potions can not only increase a player’s offensive and defensive capabilities, but also summon plants to fight alongside them.

Lessons in riding a broom will also be available, along with broom racing, as confirmed by the game’s official FAQ. 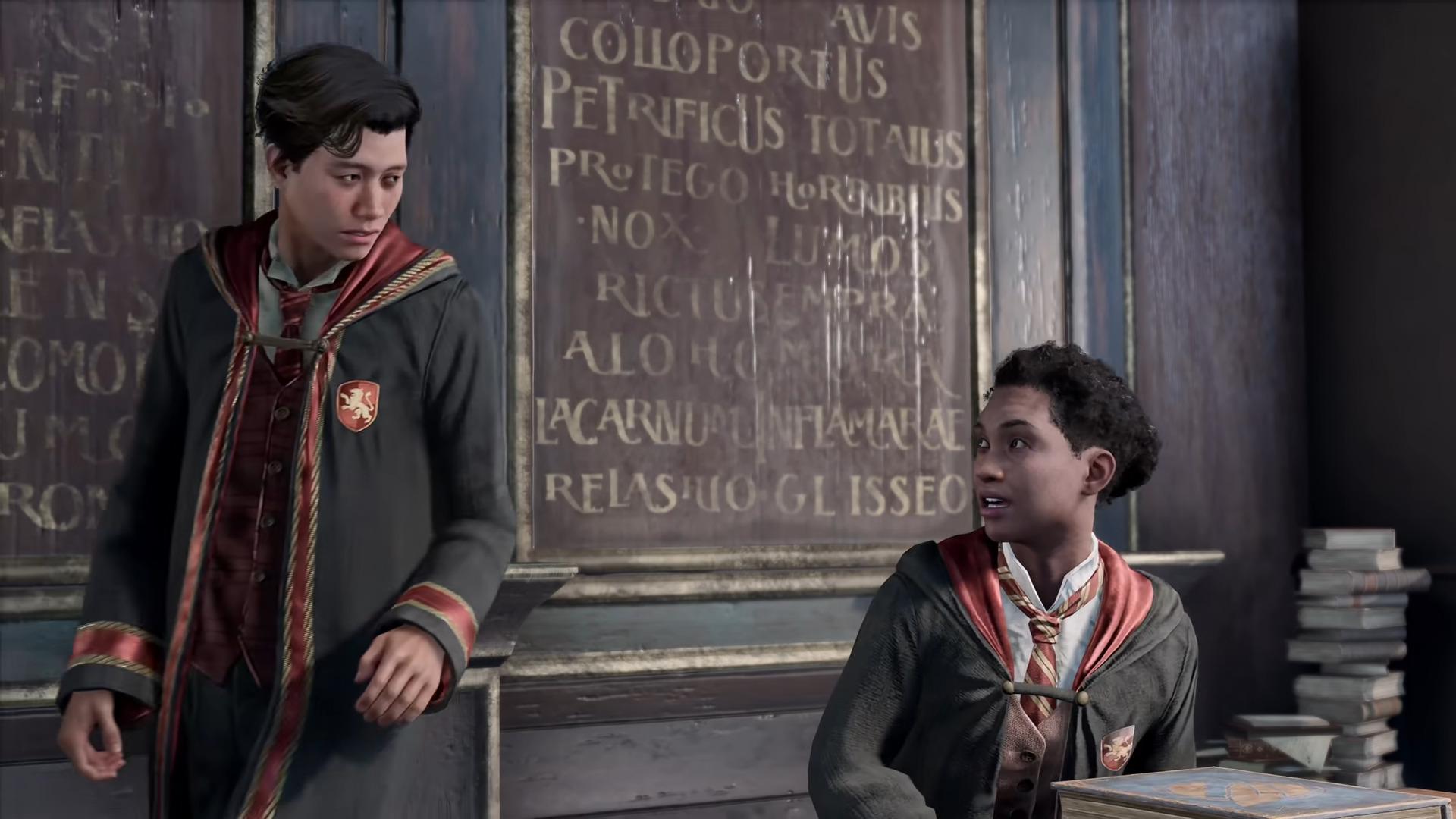 Even so, curiously, Quiddich is not mentioned, despite the sport in one fashion or another having existed in the Wizarding World centuries before the events of Hogwarts Legacy.

This absence is made even more strange by the fact that at one point during the recent gameplay reveal, Quiddich players and the Quiddich pitch itself can be seen featured front in center during a montage of Hogwarts locations. 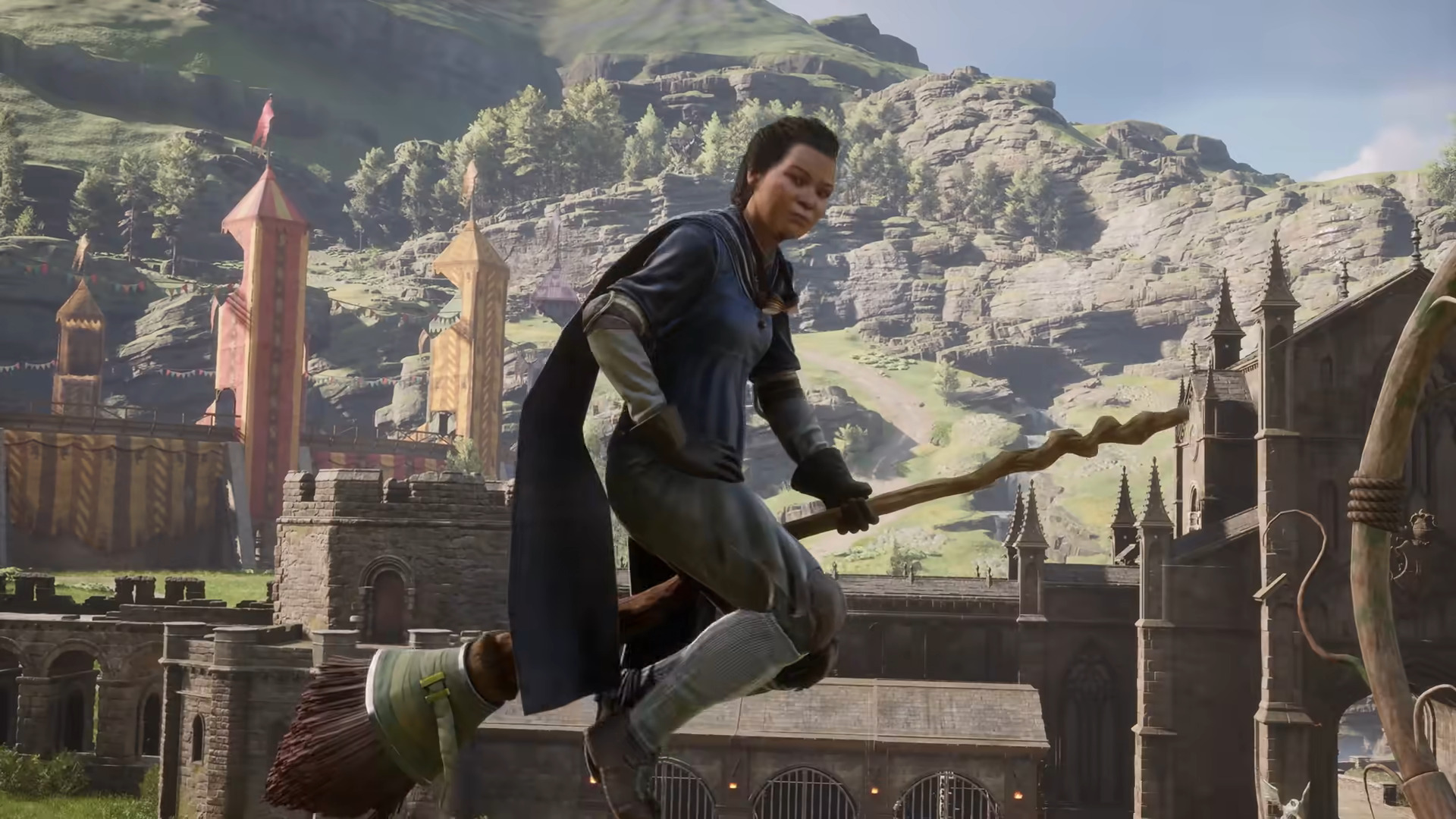 Players may also access the Room of Requirement, a hidden room within Hogwarts that appears and adapts to students as needed.

In Hogwarts Legacy, it is a space where players can grow and harvest plants, along with making potions and upgrading gear. It appears some ingredient preparation will be conducted with players operating magical tools in real time. 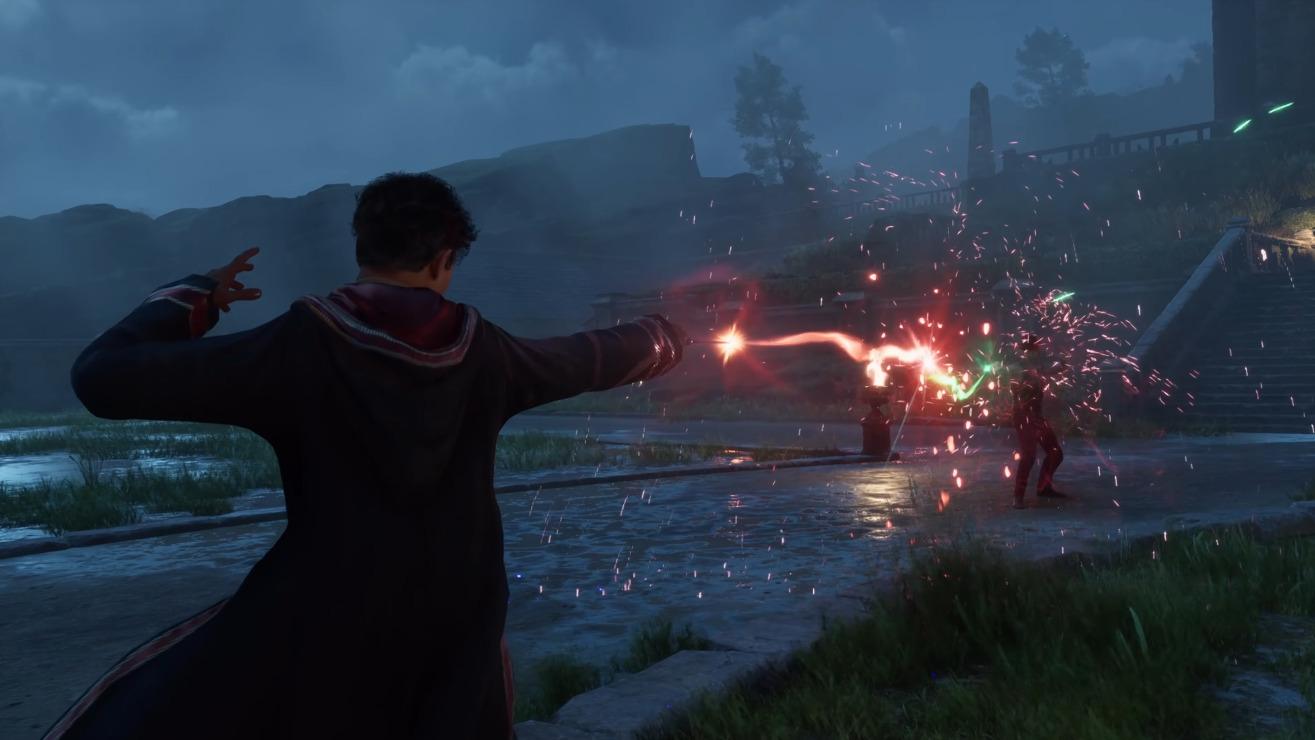 The school grounds will even feature a magical vivarium where players can store magical beasts they have rescued from poachers, nurse them back to health, and eventually decorate and customize them further.

Hogwarts is not the only location players will see, as the game will also allow them to visit the village of Hogsmeade for shops, and smaller hamlets, dungeons, and vaults for missions and puzzles.

The world will also change over the school year, reflecting the seasons and weather.

Nonetheless, amid outrage toward J.K. Rowling’s stance on transgender issues, Hogwarts Legacy developer Avalanche Software previously stated while the game’s story was not penned by the series’ creator, “her team have also collaborated with Warner Bros. Games on all aspects of Hogwarts Legacy to ensure it remains a true part of the Wizarding World experience and is in line with the creativity and magic that fans expect.” 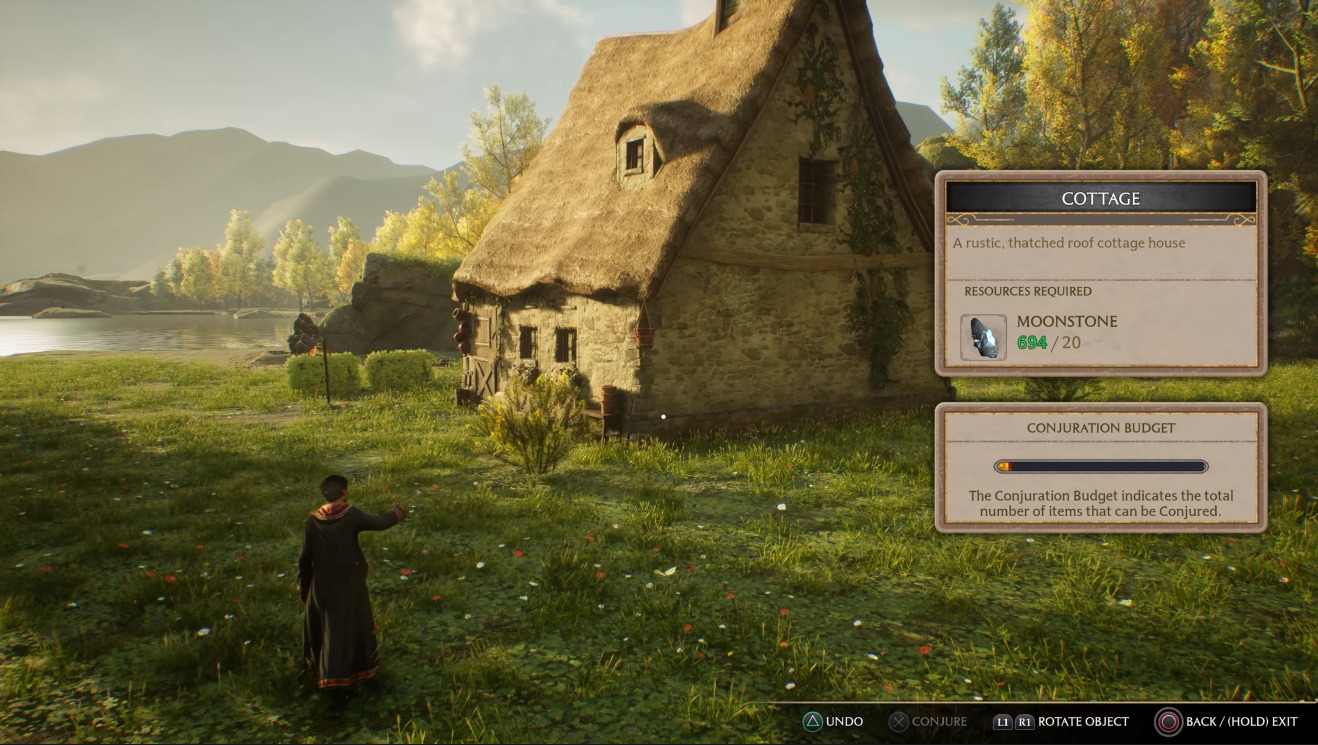 Finally, at the  the release date for Hogwarts Legacy was announced, having previously been delayed from 2021. 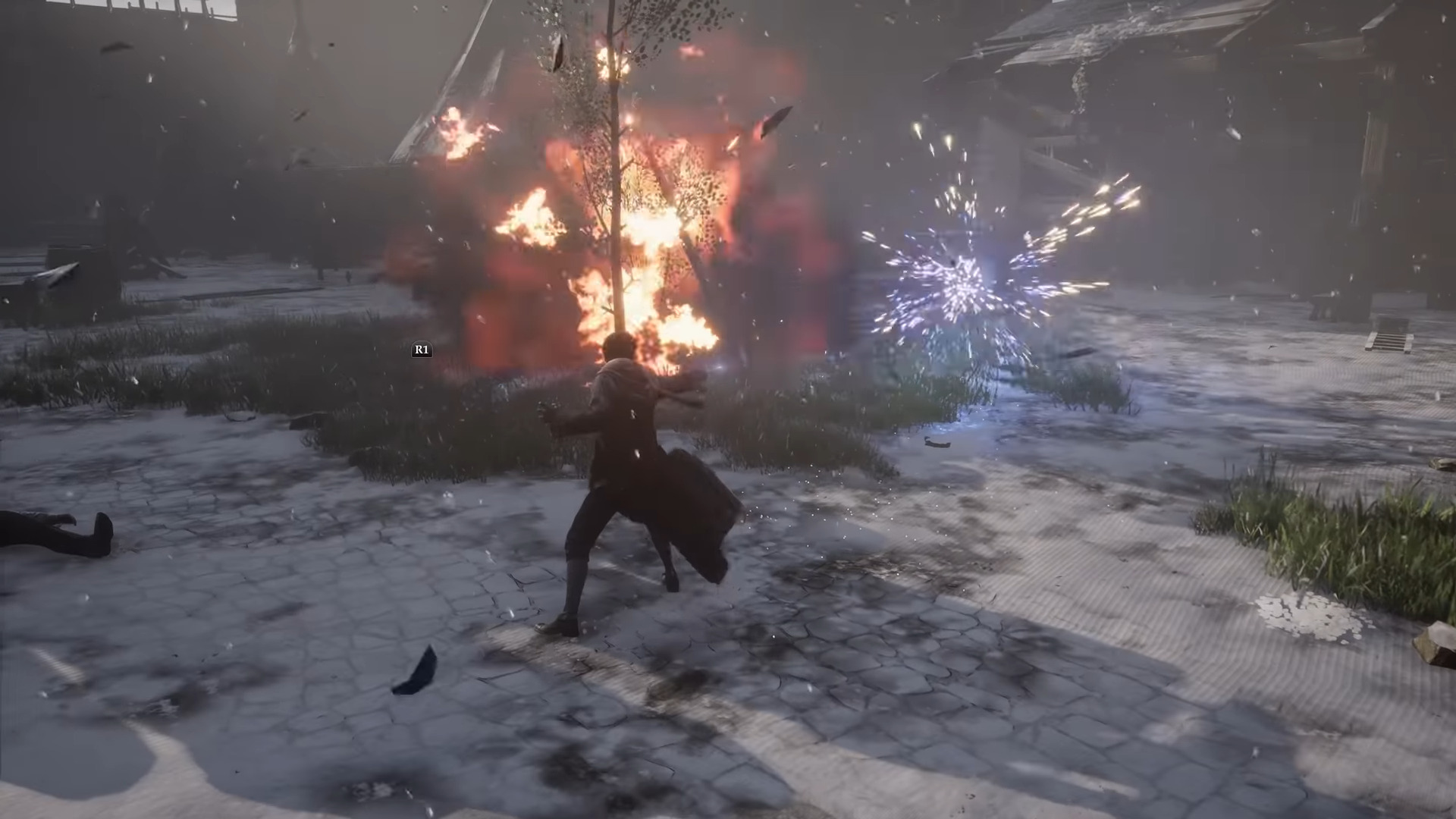 Are you interested in Hogwarts Legacy? Let us know on social media and in the comments below!