Alongside making radical changes to Obi-Wan Kenobi, it also appears that Lucasfilm will be making changes to Darth Vader as well. 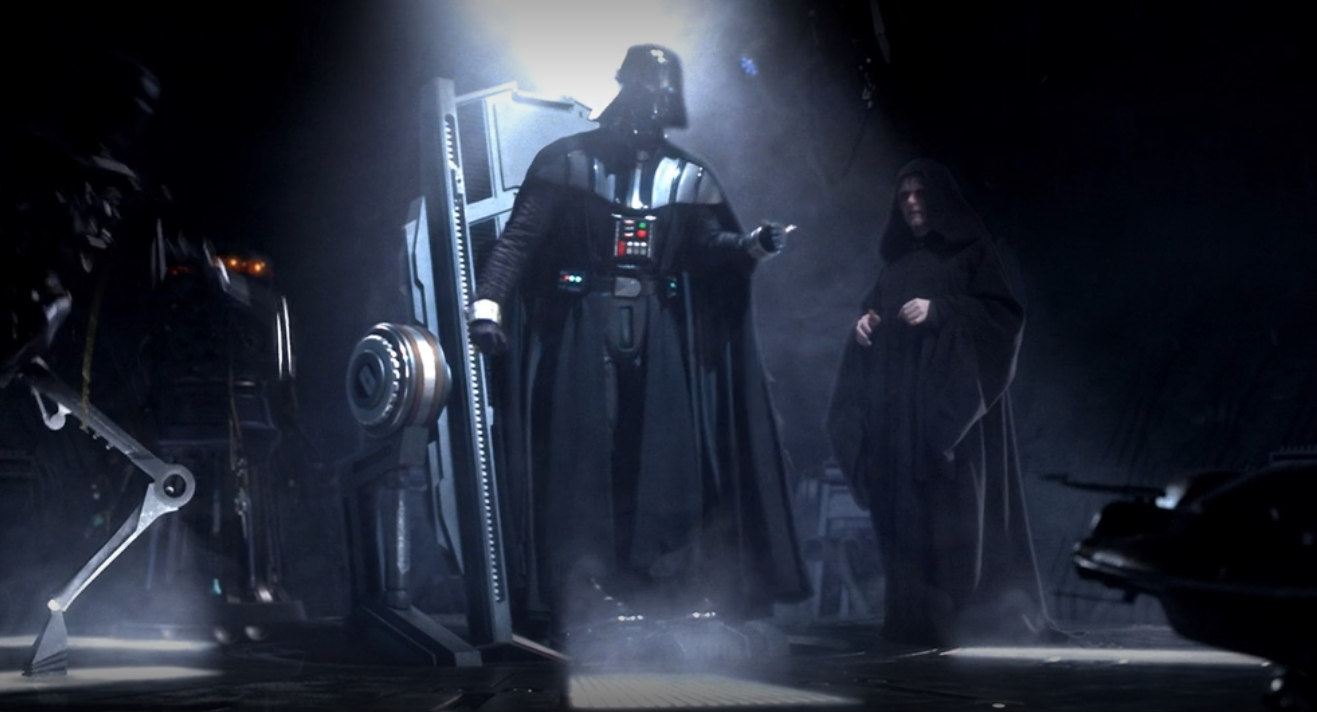 In a recent interview with Entertainment Weekly, Obi-Wan Kenobi director Deborah Chow discussed Darth Vader, revealing the character won’t be “quite as fully formed” as the Darth Vader fans were introduced to in the original Star Wars film.

However, before she provided some brief details about how Darth Vader will appear in the show, she discussed why she decided to include the character in the series in the first place.

Chow stated, “Honestly, for me the starting place was that I really wanted to do something that was character-based and character-driven, because that is the benefit of the limited series, is that you have more time to sort of tell a real character story.”

“And so for me, the starting place of character is you just start and you look at who has been important to him in his life. And it’s quite hard to avoid Anakin/Vader in that scenario, especially coming out of Revenge of the Sith,” she continued.

She concluded, “So really it came out of an evolution of the character for me. It wasn’t just to sort of bring him back. It was really like, who means something and where are we at this point in the timeline with Vader?”

Chow previously explained why she was including Vader in a teaser promo for the series on Disney+ saying, “We couldn’t tell the story of Obi-Wan Kenobi without addressing Anakin or Vader.”

Lucasfilm President Kathleen Kennedy also told Entertainment Weekly earlier this month that the decision to include Vader in the series was talked about constantly.

She explained, “The debate around whether we should do that or not carried on for quite some time. Everybody within our creative team has strong opinions, and all of our fans have strong opinions.”

“So when you realize that you’re under that level of scrutiny, certainly a story point like that is going to be scrutinized at a very high level. We talked about it constantly,” Kennedy added.

Aside from explaining her decision to include Darth Vader in the series, Chow also provided some brief details about Vader for the show.

She was asked by Entertainment Weekly, “What kind of Vader will we see here on the show? We only saw him for a few very quick scenes at the end of Revenge of the Sith in that armor. So where does he pick up 10 years later?”

She answered, “For us, it’s very similar [to Obi-Wan] in the sense that he’s in between these two trilogies. So he isn’t the New Hope Vader quite yet, you know what I mean?”

“So we are with the character sort of in the middle of this period. It is still Vader obviously, but it’s a Vader that isn’t quite as fully formed as A New Hope,” she elaborated.

RELATED: Ewan McGregor Describes Obi-Wan Kenobi As “Rather Broken, And Faithless, And Beaten, And Somewhat Given Up”

I would think a decade serving under the Emperor would make you pretty fully formed as a Sith Lord. In fact, one could argue Vader was quite fully formed, whatever that actually means, at the end of Revenge of the Sith.

A little after halfway through the film, Anakin disobeys Mace Windu’s orders and arrives at the Senate and chooses to chop off Windu’s arm due to his own selfishness and greed stemming from his desire to want to protect Padme from the death he sees in his visions.

After chopping Windu’s arm off, Darth Sidious finishes Windu off with Force Lightning sending him flying out the window and hurtling to his death. 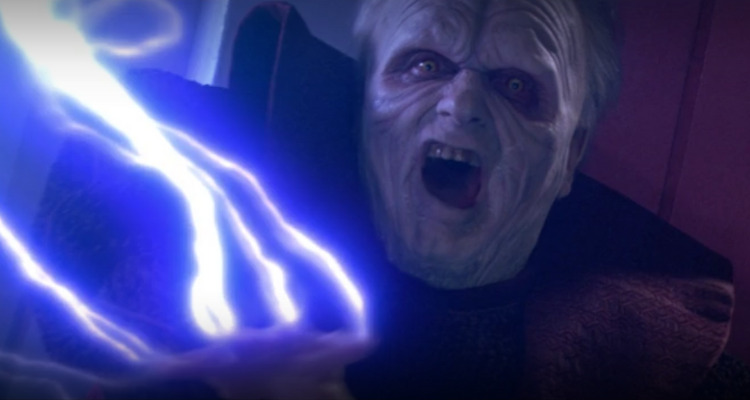 In the aftermath of this conflict, Anakin pledges his allegiance to Sidious and becomes his apprentice telling him, “I will do whatever you ask. Just help me save Padme’s life. I can’t live without her.”

He then tells him, “I pledge myself to your teachings.”

In response to this, Sidious says, “The Force is strong with you. A powerful Sith you will become. Henceforth you shall be known as Darth Vader.” Anakin replies, “Thank you, my master.”

Sidious’ first task for Vader is to eliminate all of the Jedi at the Jedi Temple including the murder of younglings. He then instructs him to go to Mustafar and kill Viceroy Gunray and the rest of the Separatist leaders.

Vader performs both task flawlessly, brutally murdering the younglings and then ferociously executing Gunray and the Separatists.

He would eventually be defeated by Obi-Wan Kenobi on Mustafar, but his seemingly turn to the Dark Side was complete as he shouted out his hate for Kenobi even as he lay burning on Mustafar.

Vader would then be rescued by Palpatine and surgically operated on, eventually donning the iconic black suit that Star Wars fans know so well.

If there was any doubt that his turn to the Dark Side was not complete at this point, he’s informed of Padme’s death, but told that it was he that killed her. His rage is uncontrollable even blasting the Emperor across the room.

The last scene with Vader and Sidious shows the two on board an Imperial Stardestroyer overseeing the construction of the first Death Star.

That seems to indicate a fully formed Darth Vader to me. Albeit Marvel Comics has created a number of stories that take place directly following the events of Revenge of the Sith that depict him obtaining his iconic red lightsaber,

It would also show his exploits as he commanded the Inquisitorius to hunt down Jedi who were able to avoid Order 66. In fact, in one storyline he also attacks and kills his own Inquisitors that were forming a relationship with each other.

The series would also foreshadow, Vader’s own desires that are contrary to the Emperor, which ultimately culminates in his own desire to rule the galaxy himself with his son at his side as he expresses in The Empire Strikes Back.

The series shows Vader as ruthless, efficient, and deadly. Above all he accomplishes whatever mission he is assigned and usually leaves a massive body count in his wake. 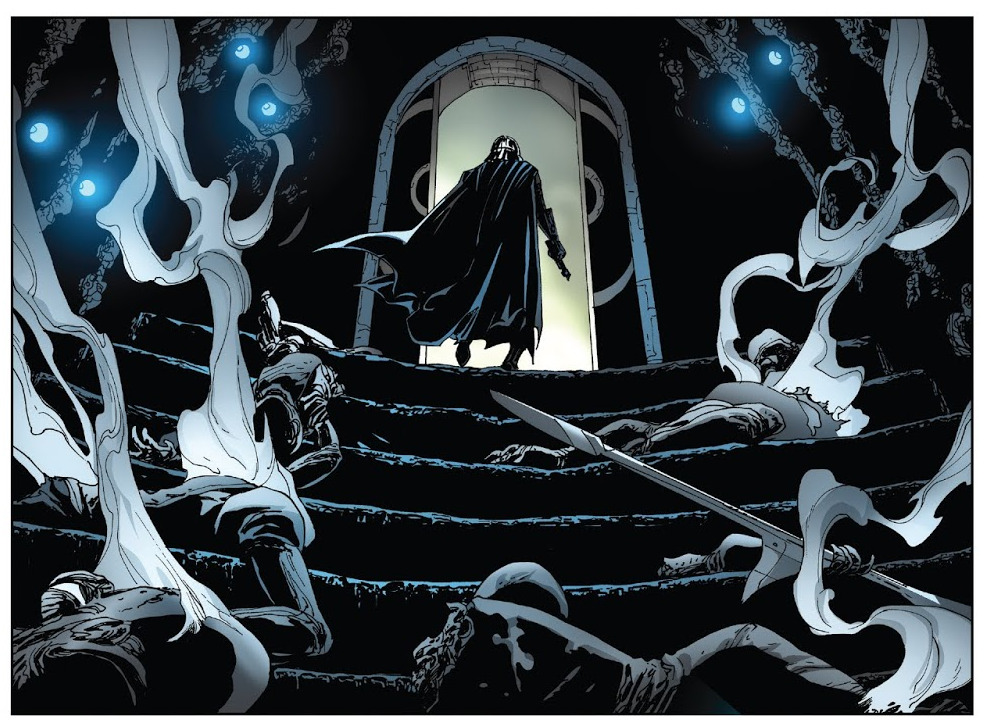 All of this is supposed to happen before the time of the Obi-Wan Kenobi series.

What do you make of Chow’s comments about Darth Vader not being fully formed for the Obi-Wan Kenobi series?