Pablo Schreiber, the man behind the helmet of Master Chief in Paramount Plus’ live-action of Halo, has attempted to reassure fans skeptical towards the adaptation’s take on the Bungie-created sci-fi series by making it clear that “this is a new experience in a world that you love so much and have loved for so long.”

Speaking with CinemaBlend following Halo’s world premiere at the South By Southwest 2022 festival, Schreiber was asked by site managing editor Sean O’Connell if he had anything to say to those doubtful that the series would be anything but typical Hollywood-video-game-adaptation fare, the Orange is the New Black star asserted, “My big message to fans would be, ‘It’s OK. Relax. We got you!’” 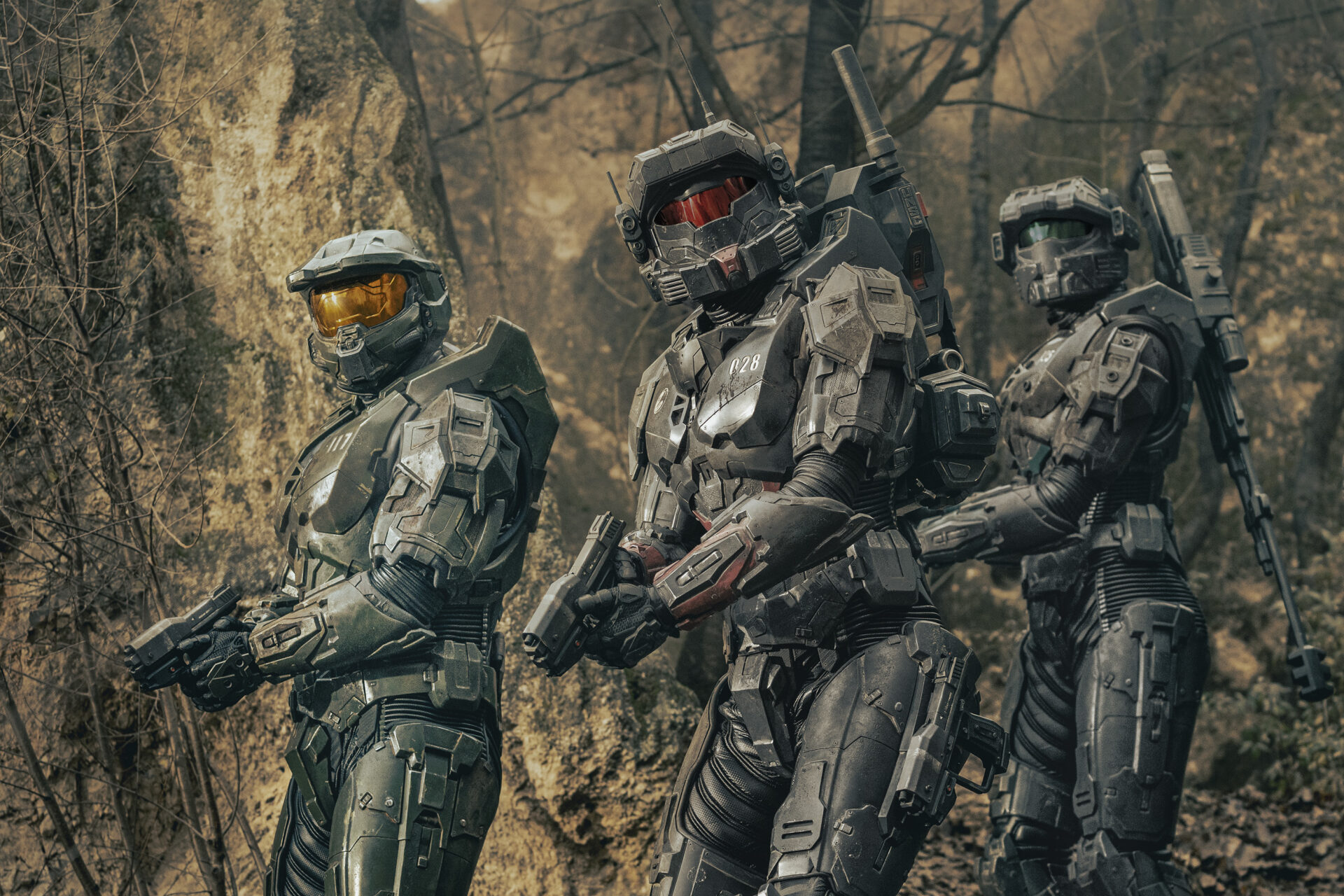 “And that this is a new experience in a world that you love so much and have loved for so long,” he added. “It’s an opportunity to put down the controller and instead of being a co-owner or creator of this experience, you now get to sit back on the couch and watch this experience unfold.”

Unfortunately for both Schreiber and Halo, this reassurance not only rings hollow in the face of how a production’s need to signal its differences from its source material usually spells an almost certain bastardization of the character and lore fans have come to love, but also the numerous faith-eroding statements made by those attached to the series prior to its March 24th debut. 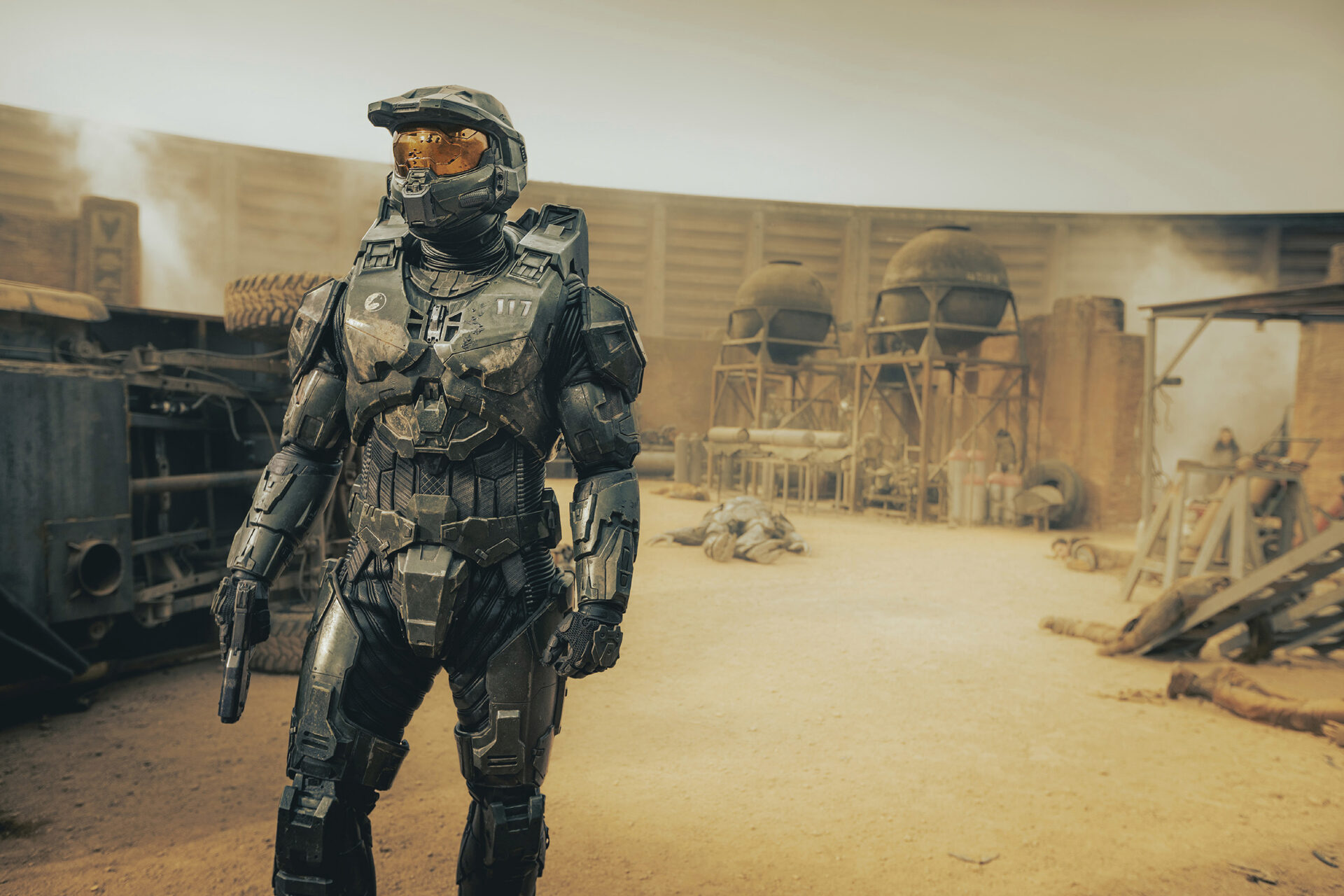 Following the widely rejected announcement that Master Chief would regularly appear in the series without his helmet, fan excitement began to waver even further, when in an interview with Den of Geek, 343 Industries’ head of Halo transmedia and Halo TV series executive producer Kiki Wolfkill revealed that the decision to set the series in a new “Silver” timeline –  named after Master Chief’s squad of Spartans in the show and similar in concept to the J.J. Abrams’ Star Trek film series’ Kelvin timeline – was made in order to allow the production team the opportunity to make changes to the franchise’s original continuity and lore. 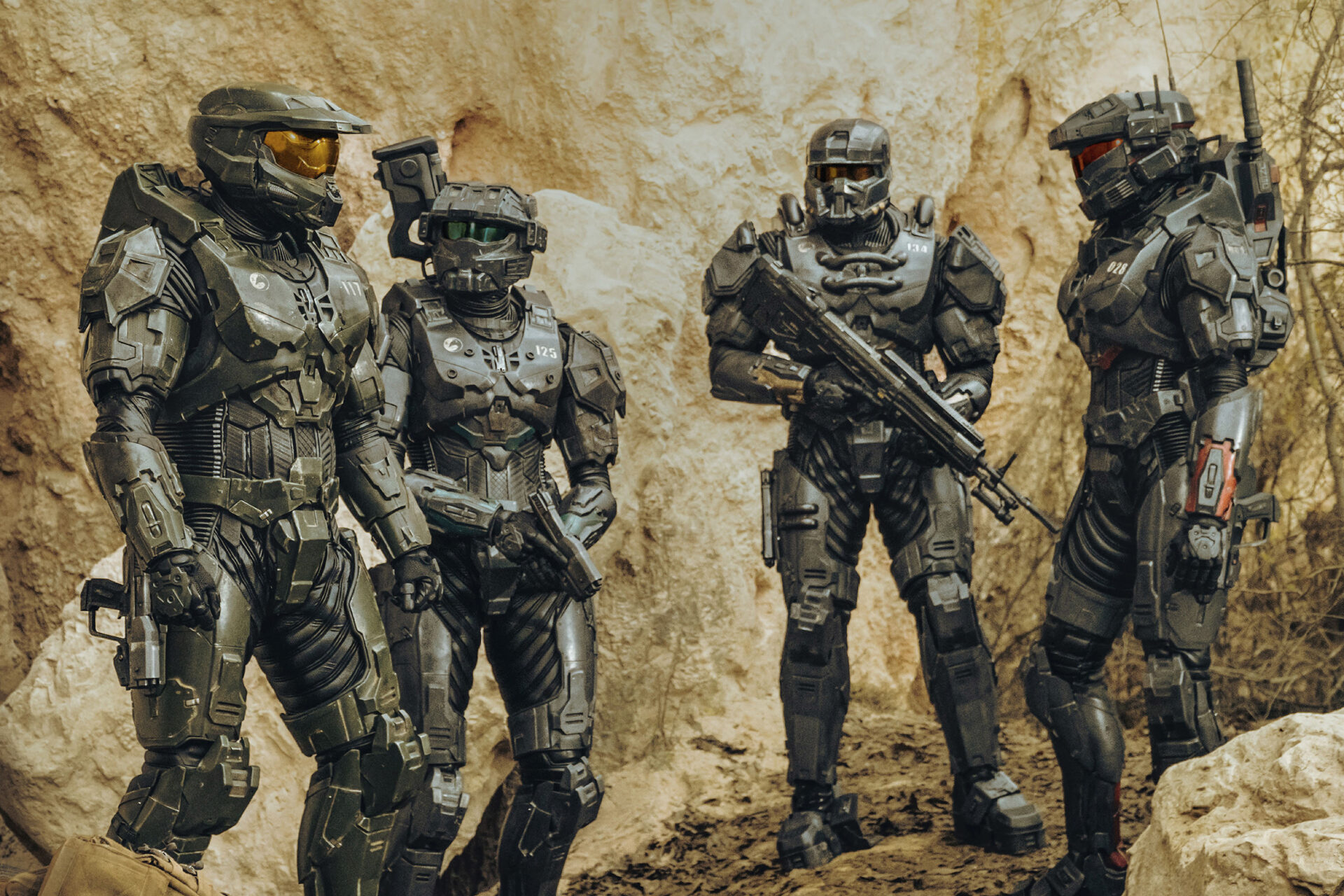 “From the very beginning, it was clear that in order to let the story evolve and grow the way it needed to, in order to really go deeply into these character arcs, we would need to make some changes,” explained Wolfkill.

She continued, “Sometimes it was even just a perspective change. Sometimes it was something you just didn’t get a view into from the game or even the books. We knew we needed to let the story breathe on its own.” 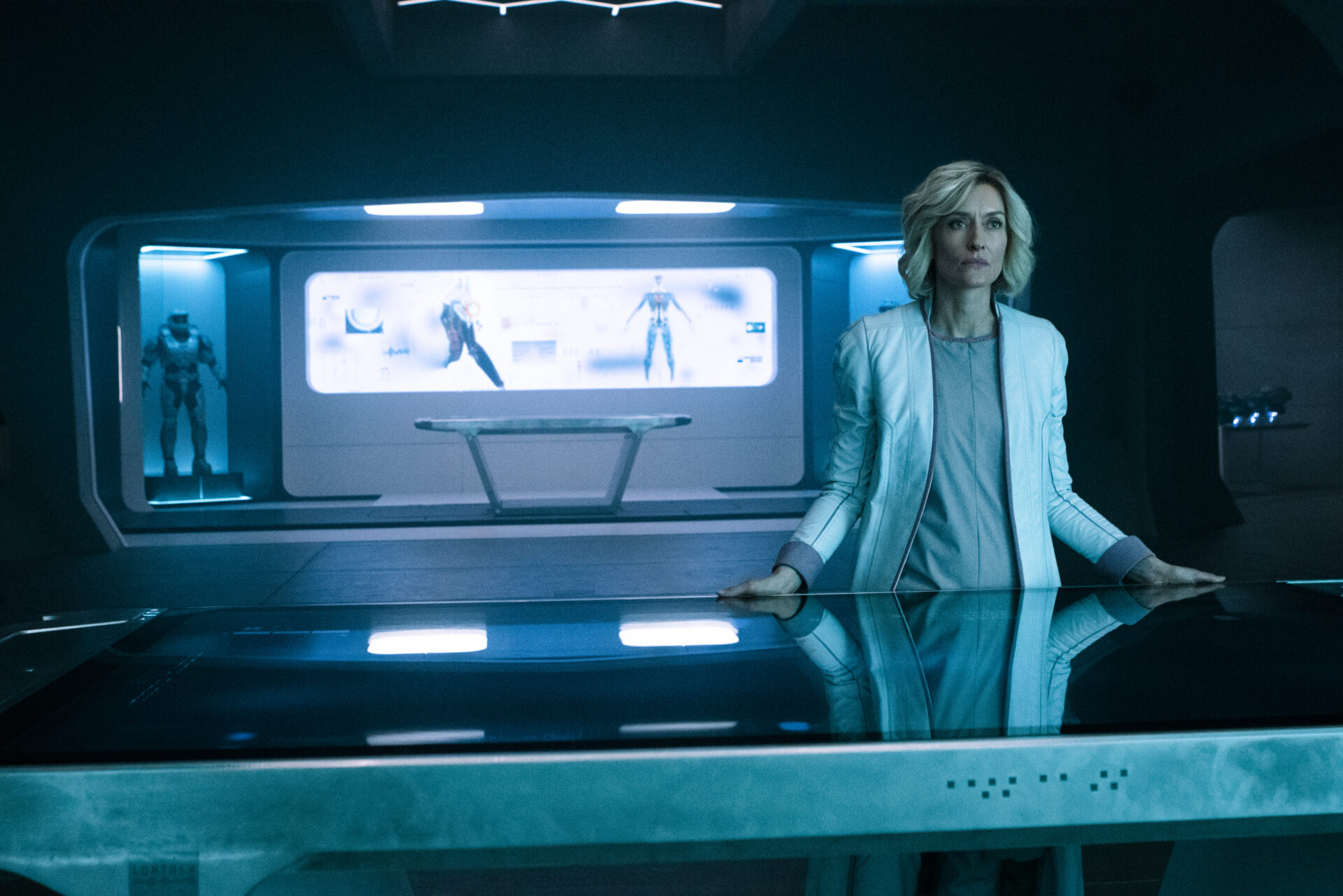 “At the end of the day, it all comes down to being able to make moment-to-moment decisions,” she added.

Wolfkill elaborated, “Every day there were decisions to be made about: do we do something exactly as it was done in the game or are there good reasons to do it differently? And, if so, how do we keep it true to the spirit of Halo but at the same time keep the voice of all these incredible creators coming through?” 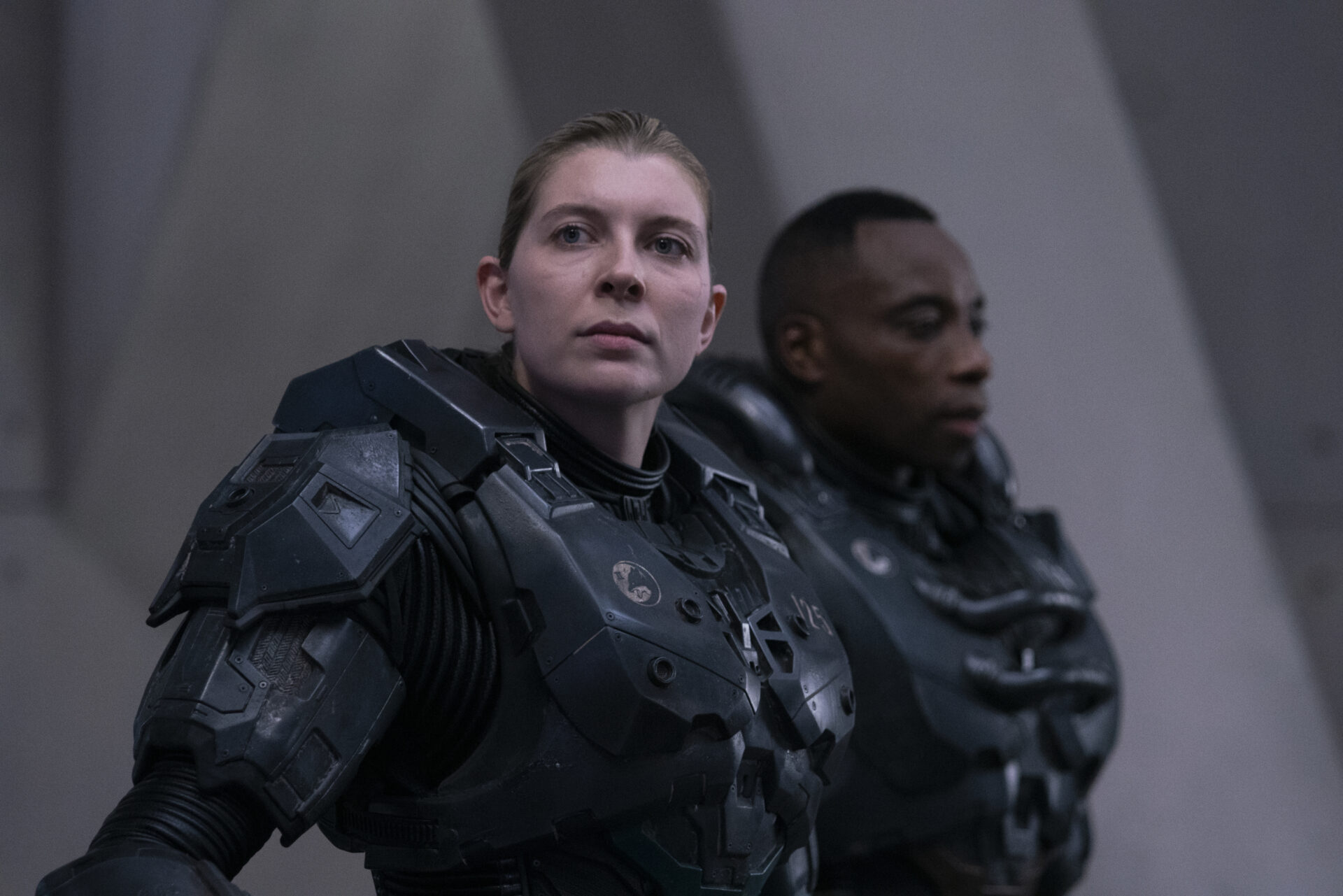 During the same interview, Halo showrunner Steven Kane further signaled a deviation from the franchise’s source material, elaborating on the series ‘Silver timeline’ approach, “You don’t want to just tell the game in television form. You want to have a conversation with the material.”

“The game has been around for so long, the canon is not only deep but wide,” he asserted. “There are opportunities to dig into the canon and find characters that were only hinted at and stories only half mentioned, and dig in and invent new stuff.” 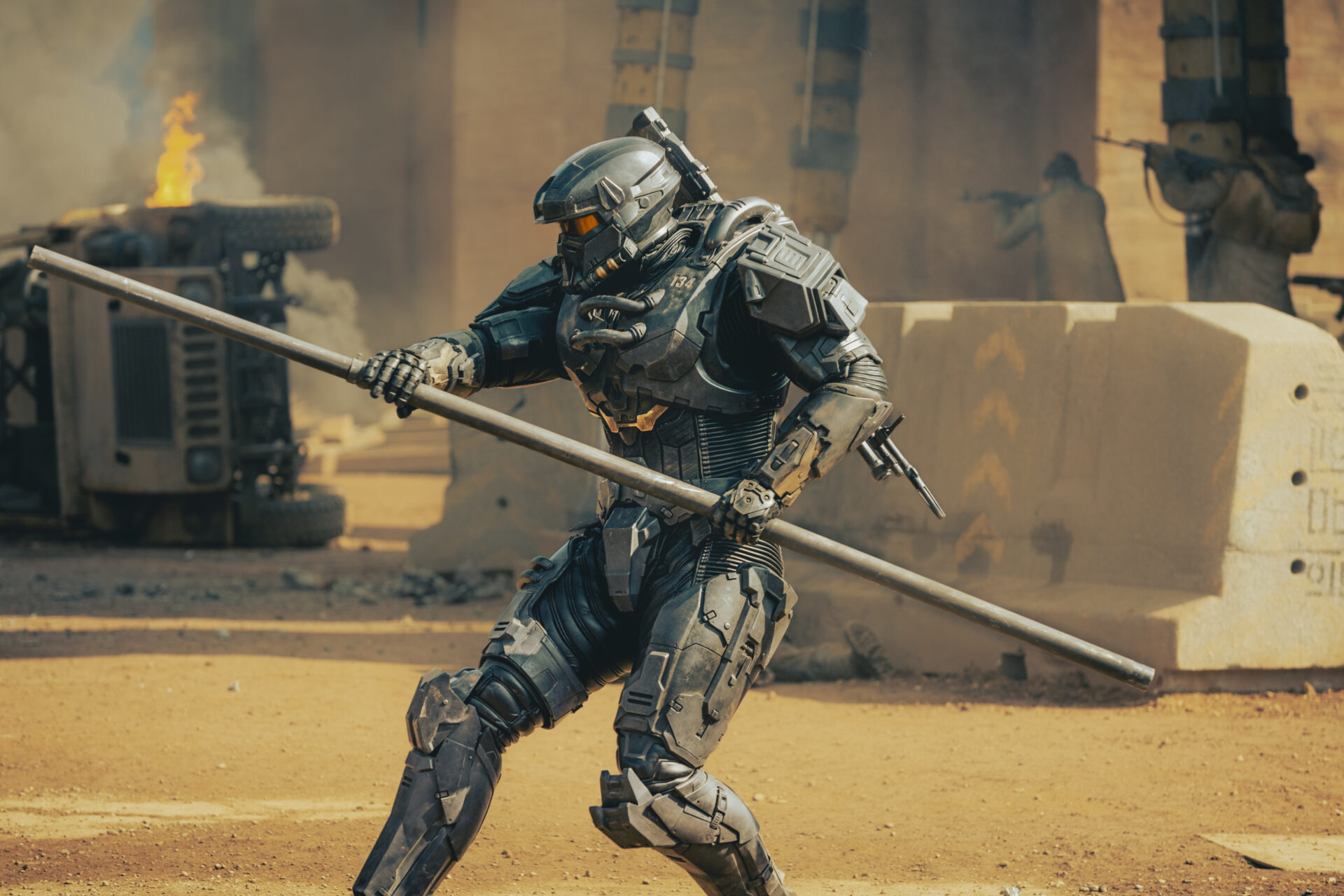 To that end, Kane also informed Den of Geek that Yerin Ha’s Kwan Ha (or Quan Ha – multiple official sources currently seem unable to agree on the official spelling) would play a pivotal role in the series “as our eyes on the Spartans, what we expect them to be.” 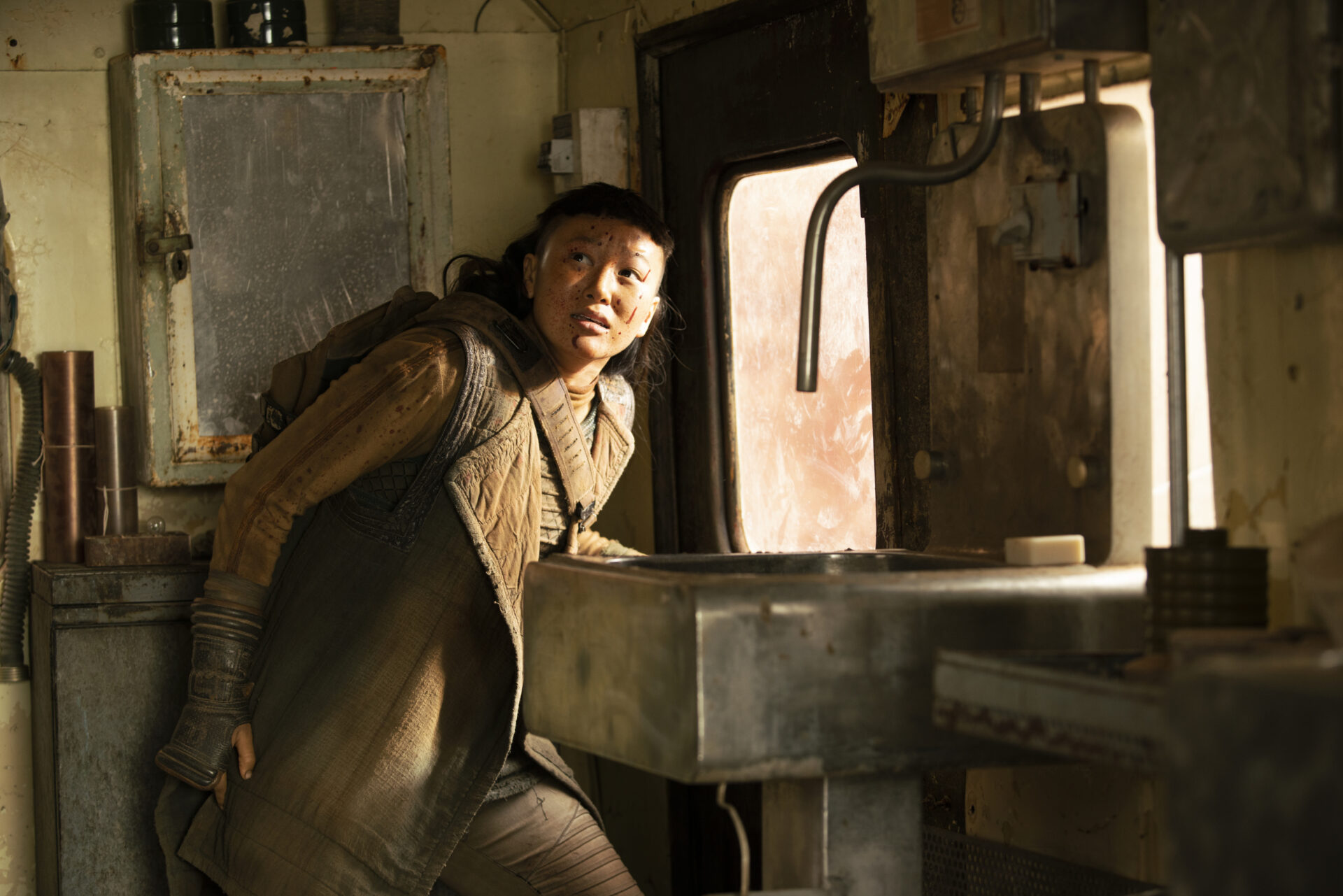 In what may have been the nail in the coffin for the series’ appreciation among fans, in a separate interview with Variety, Kane proudly boasted to Variety that he and the other members of the Halo’s writer’s room, “We didn’t look at the game. We didn’t talk about the game. We talked about the characters and the world. So I never felt limited by it being a game.”

Recalling that he wrote “upwards of 265 drafts” of the series’ first nine episodes (of which ten total comprise Halo’s first season), Kane shared his excitement at the chance to put his own stamp on the Bungie-created universe. 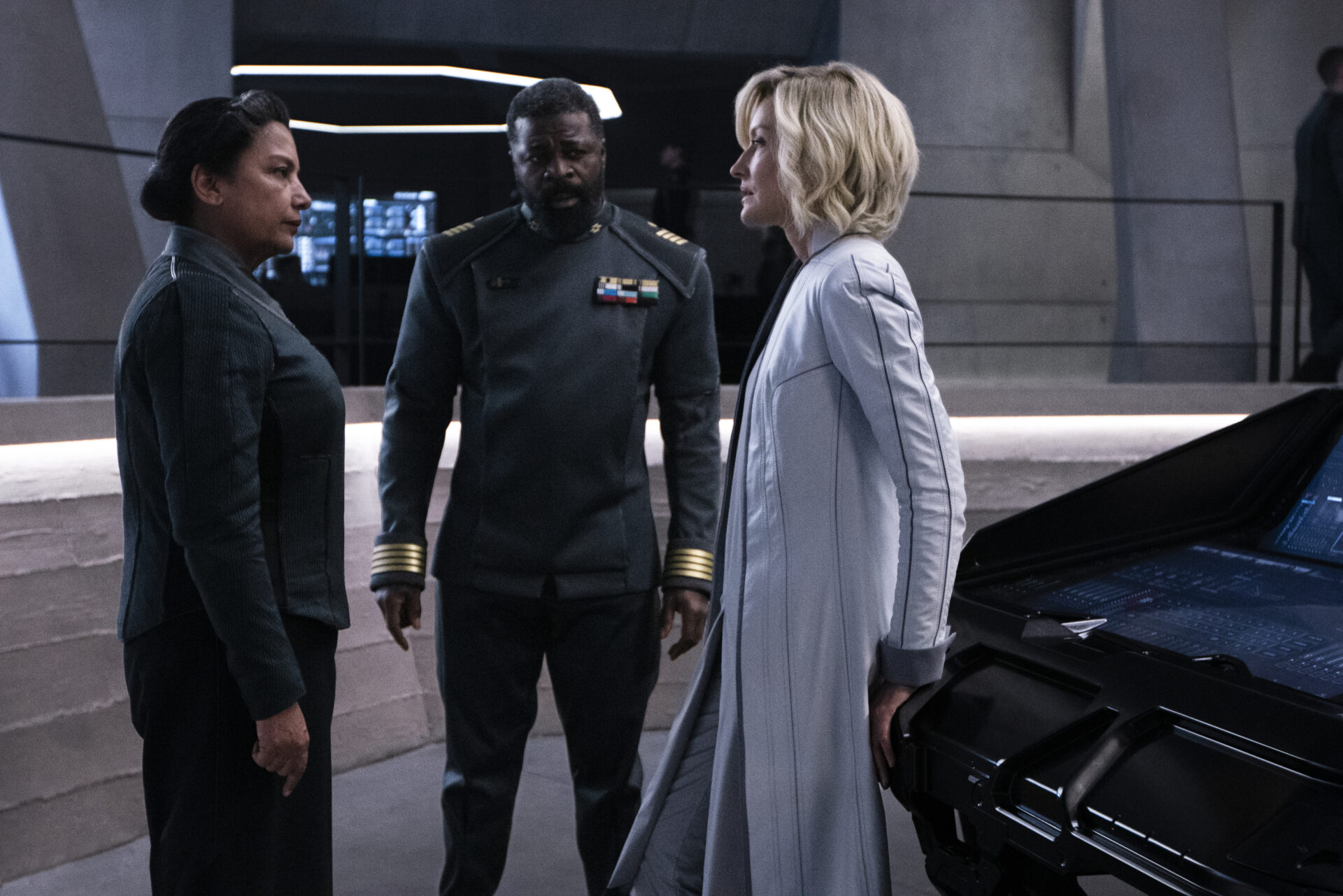 “There are characters that are mentioned once in a book that I was able to give a whole backstory to, and other characters that were already well written that I just had to drop in,” he said. “I have to give credit to Microsoft. You can pitch them something brand-new, and unless it really complicated them in terms of the canon or the values of the show, they embraced it.” 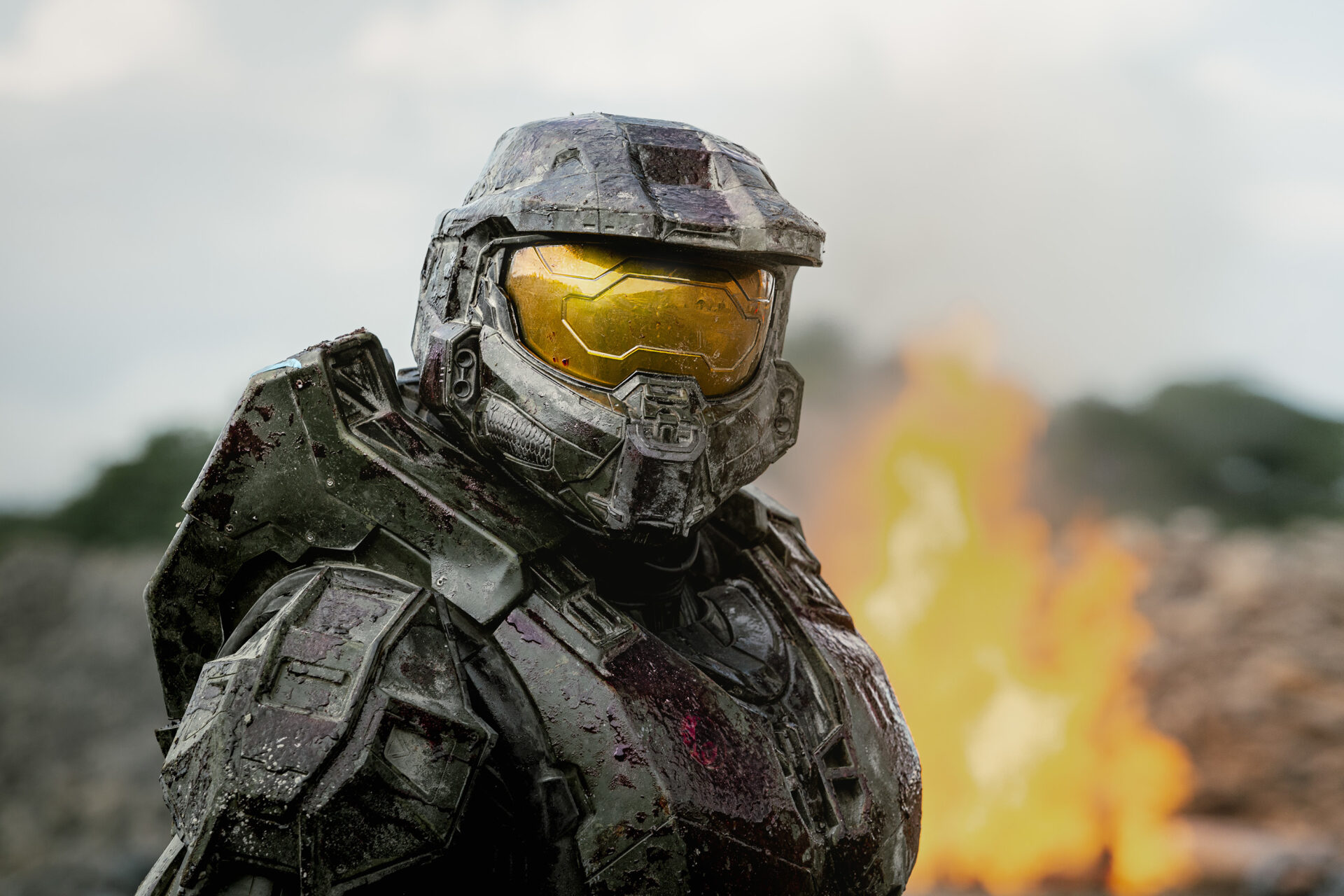 Schreiber himself also ran defense for Halo, particularly on the topic of Master Chief’s unmasking.

Speaking with Slashfilm reporter Ryan Scott on the topic following the series’ world premiere at the festival on March 15th, Schrieber explained, “I always knew that the helmet off was going to be a big part of the show because, just quite frankly, it’s the only way to tell this story in long-form television format.” 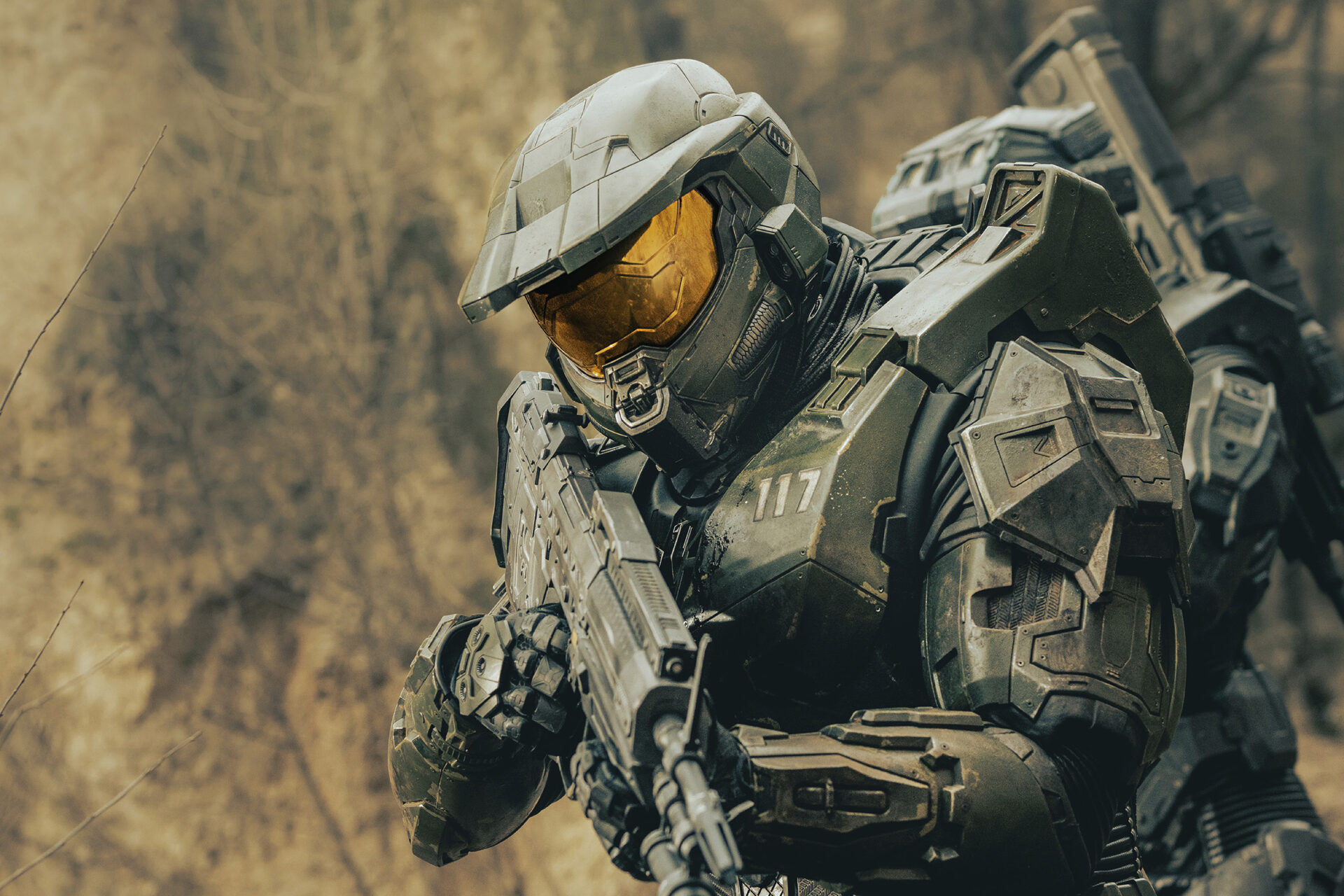 “The game was made as a first person shooter, where you’re meant to believe that you’re the Master Chief,” he elaborated. “So the character was kept vague for that reason, and you infuse the character with your own personality and your own subtleties. This is a TV show being made for long term success. In order to do that, you have to bring the audience along with you.”

“And really, the only way of doing that is seeing the face, knowing how the character’s feeling about things,” the actor then asserted. “That’s how you empathize with them. That’s how you go along with them on the journey.” 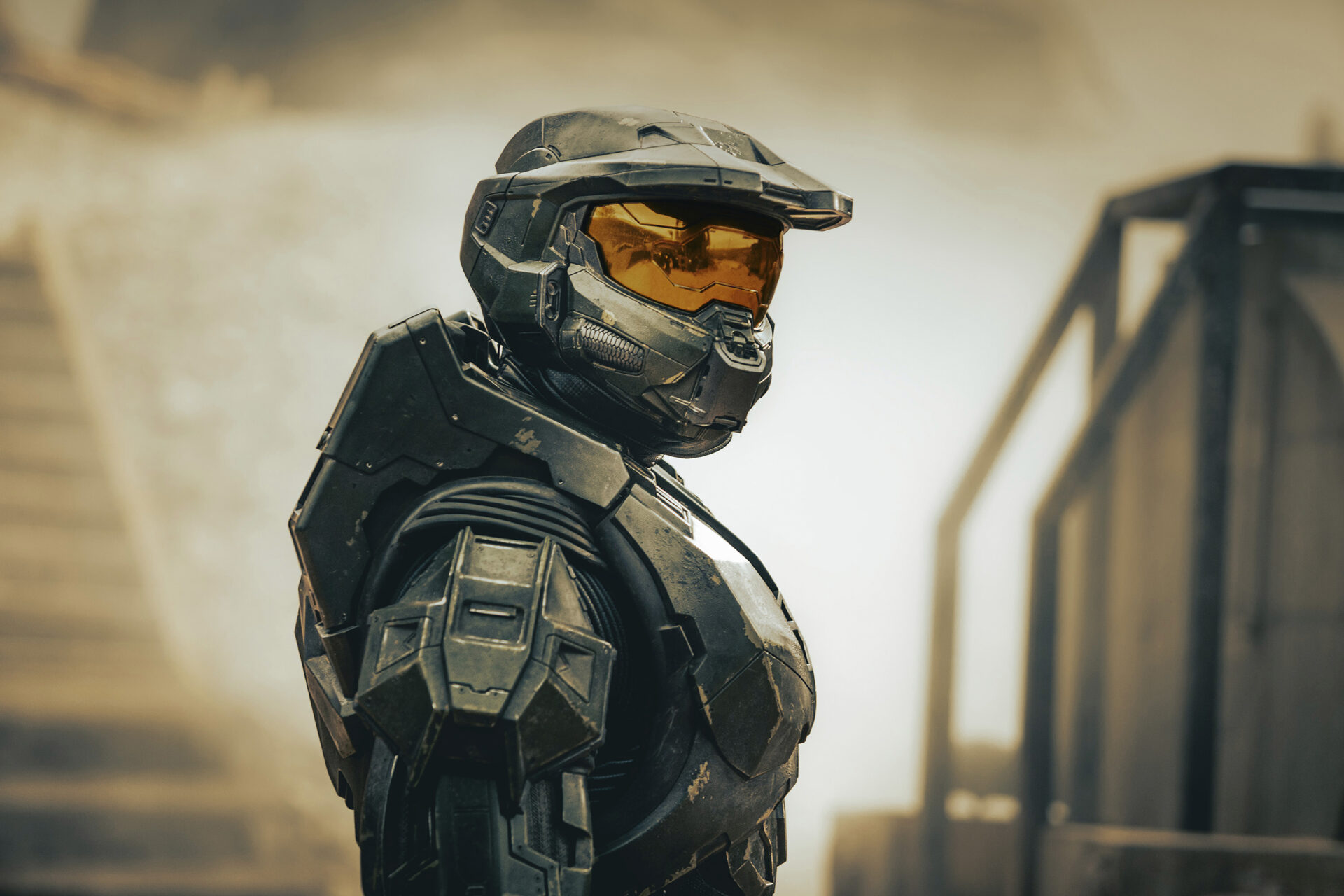 “So it was always a necessary thing, and it was a necessary thing to do early, to get the audience comfortable with going on this journey,” Schreiber said. “Also because the character has been kept vague for so long.” 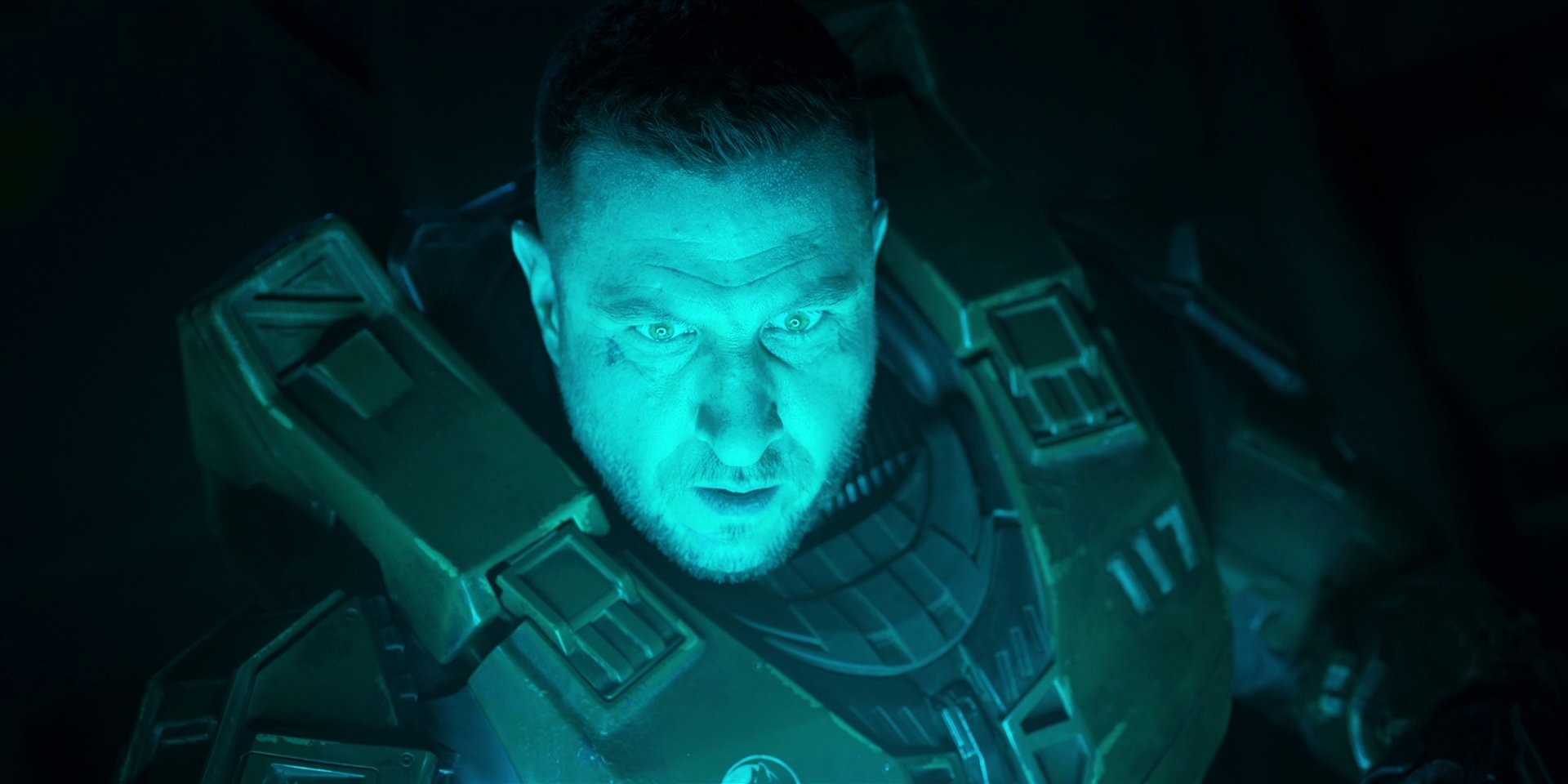 However, since Schreiber spoke with O’Connell, Halo has premiered its first episode to general audiences, and according to critics and fans – including Bounding Into Comics’ own Jacob Smith – even an alternate timeline has done little to save the series from the regular trappings of modern Hollywood.

What do you make of Schreiber’s attempt to reassure fans? Let us know your thoughts on social media or in the comments down below!