Frank Oz, widely known as the puppeteer who brought to life such characters like Sesame Street’s Bert and the Cookie Monster, Master Yoda from the Star Wars franchise, and countless beloved characters from the The Muppet Show, has recently admitted to be “embarrassed to be associated with the Oscars.” 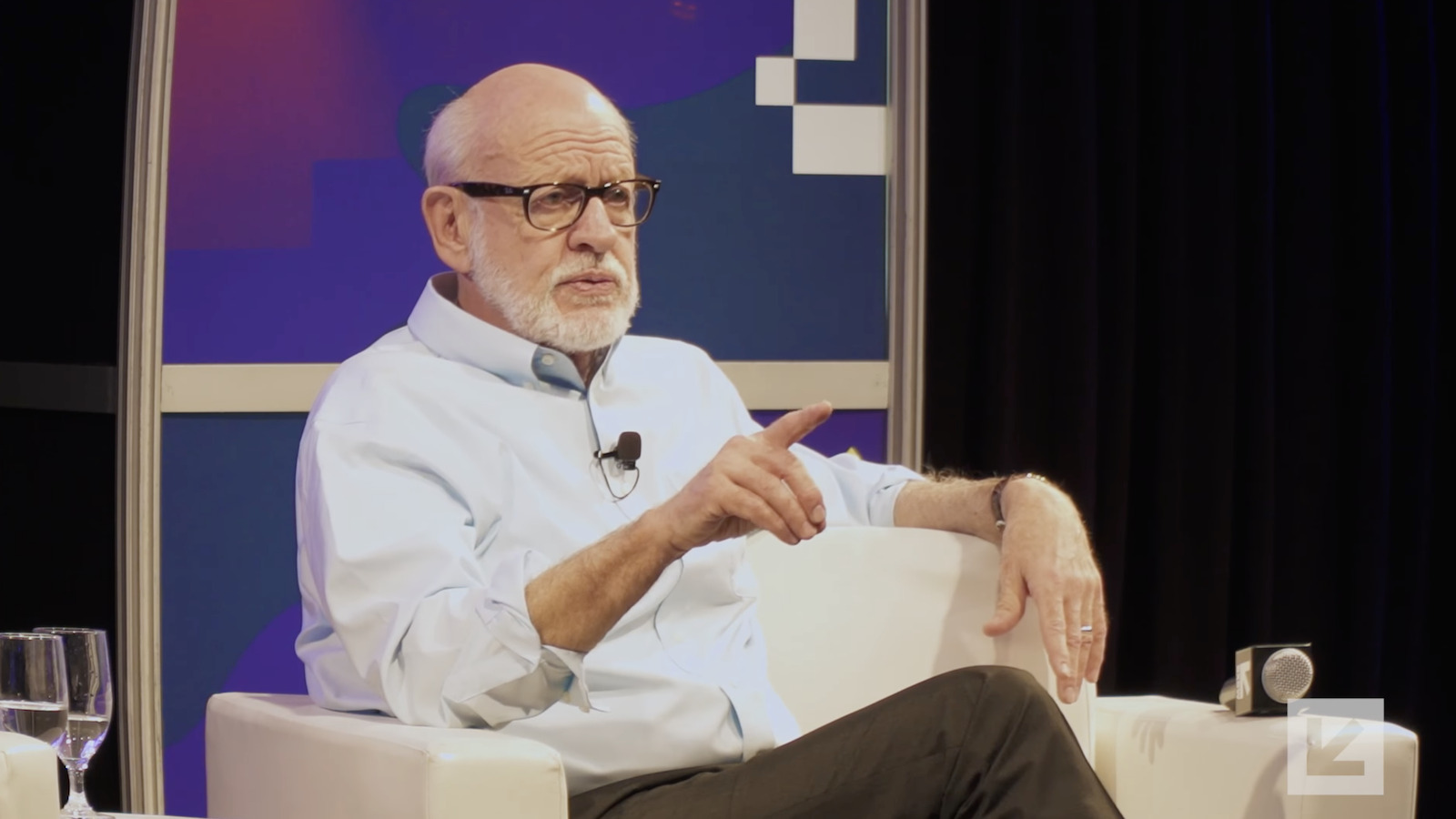 “At last! Something real at The Oscars!” tweeted Oz during the now-controversial Academy Awards that were hosted this past weekend, making allusion to the infamous moment when actor Will Smith stepped onto the stage and slapped comedian Chris Rock.

The legendary puppeteer pondered, “Why am I so taken by something so whacky and trivial as this odd Oscar moment? Why will I continue to be fascinated by it for days when I know it doesn’t compare to the importance of what’s happening in our country and in Ukraine and in other wars around the world? I don’t know.” 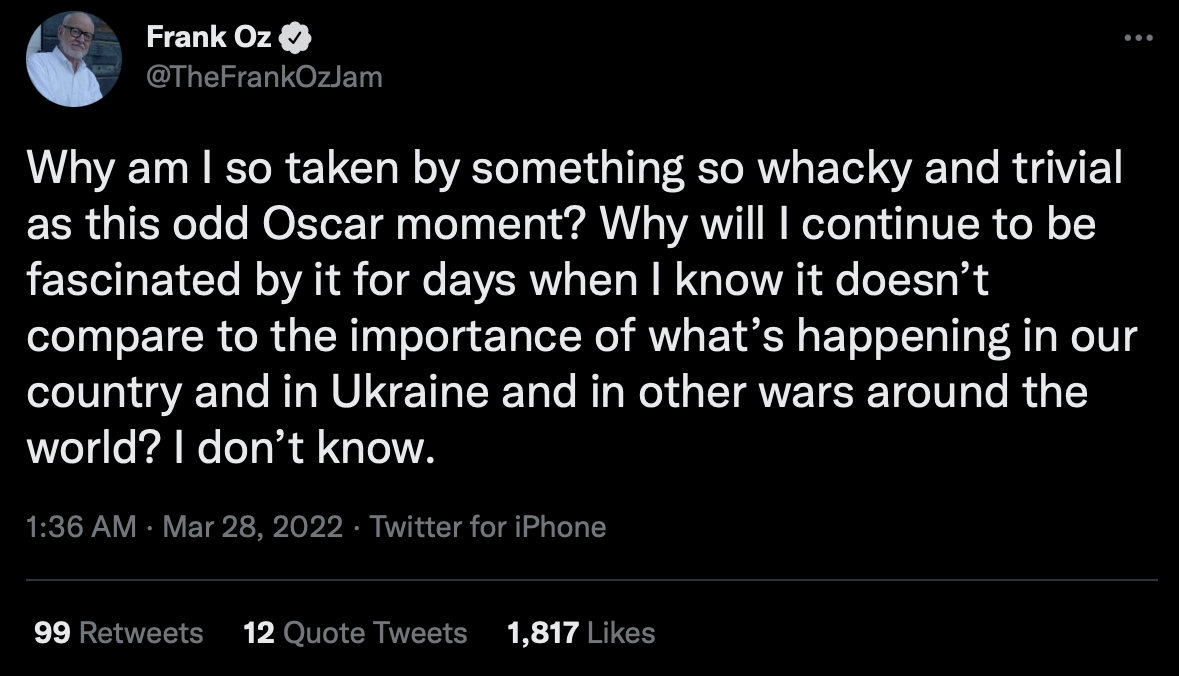 RELATED: Frank Oz Blasts Disney’s Handling Of The Muppets: “The Soul’s Not There”

In a follow-up tweet shared later on in the day, Oz admitted that The Academy no longer making movies the focus of the show has made him feel embarrassed to be associated with the Oscars telecast.

“After being a member for 30 years I’m embarrassed to be associated with the Oscars telecast,” Oz declared, explaining, “Not because of ‘The Slap’ but because of the phoniness of the show.”

He expanded on his idea, concluding, “All I sense is a desperate attempt to get more viewers by any means possible, not a show about the love of making movies.” 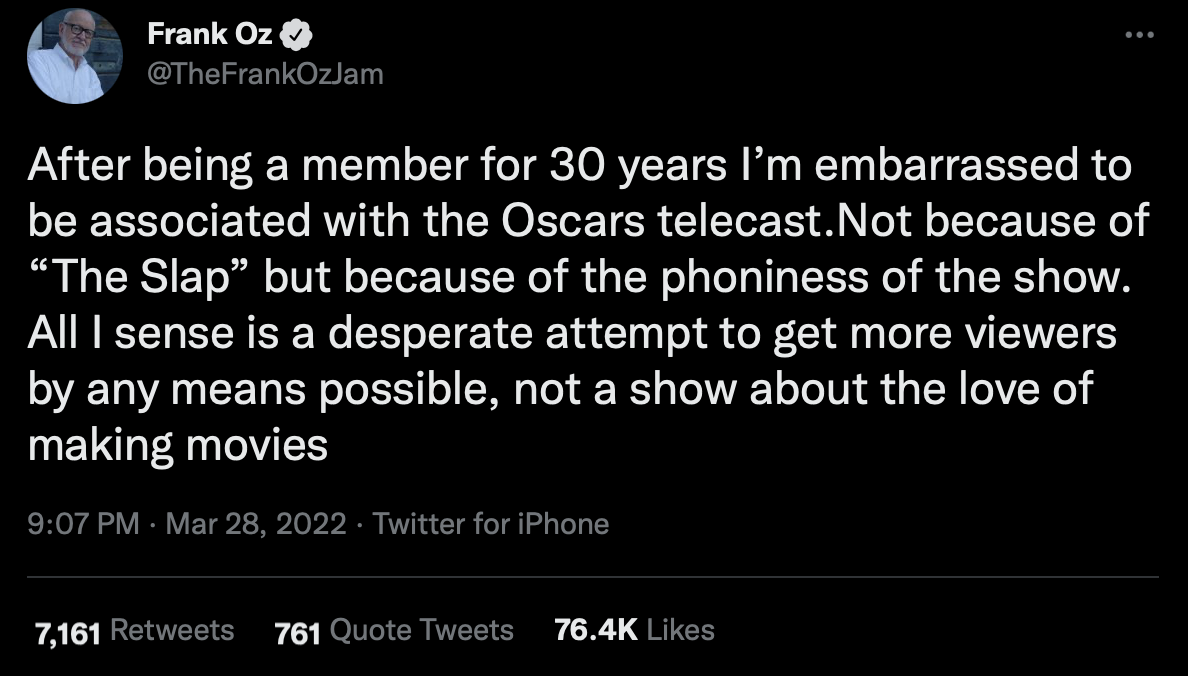 While most people found themselves in agreement with Frank Oz’s sentiment regarding the Oscars, there were a few users that took offence at his comments about the star-studded annual event, accusing the legendary puppeteer of disliking the show on account of diversity.

“We’re[sic] you embarrassed by Harvey Weinstein, Roman Polanski, Kevin Spacey etc,” wrote @kathia_woods under Oz’s comments section, adding, “the lack of real inclusion because the academy had been problematic and hiding place for far worse.”

The disgruntled user concluded, “If your more upset about Sunday then the previous I think that explains a lot.” 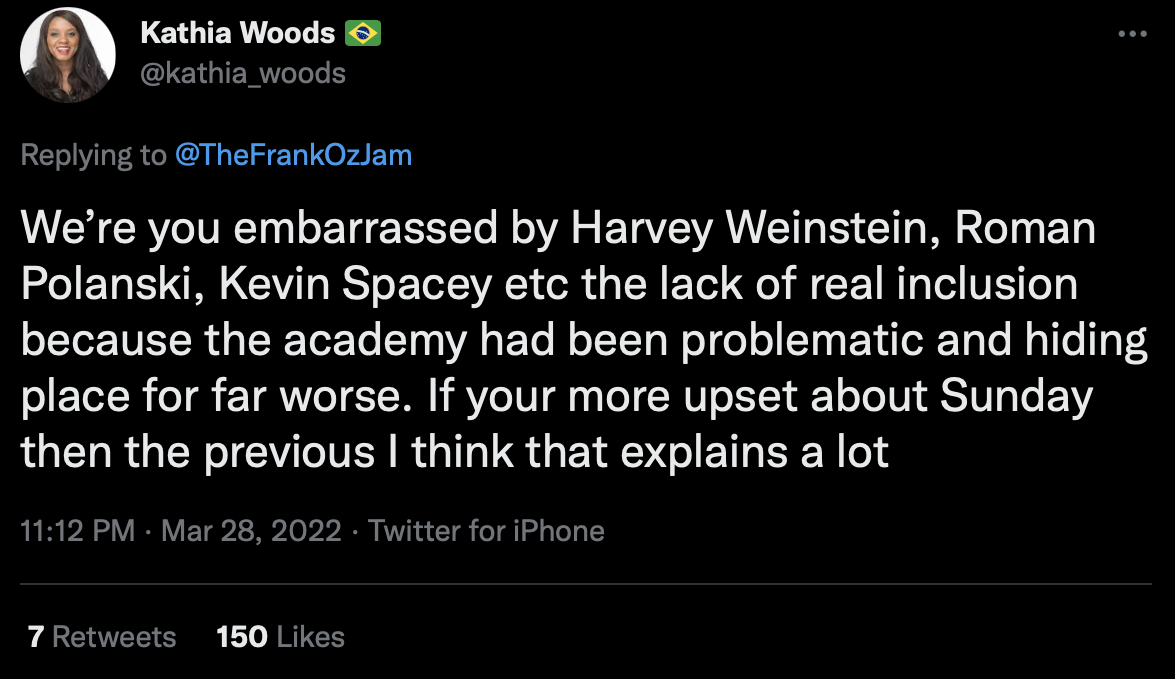 RELATED: Ricky Gervais Mocks Oscars, Reveals How He Would Have Opened The Show If He Were Hosting

“So you didn’t like the diversity? Because that was the main difference bro,” wrote another offended social justice warrior.

“I’d say the continuous lack of diversity, exclusion of deserving horror films, and complete absence of accolades for stunt work/teams and choreography, should have been enough to see this show isn’t really about the love of making movies,” proposed @joeypurple, adding, “Glad you’re finally noticing something…” 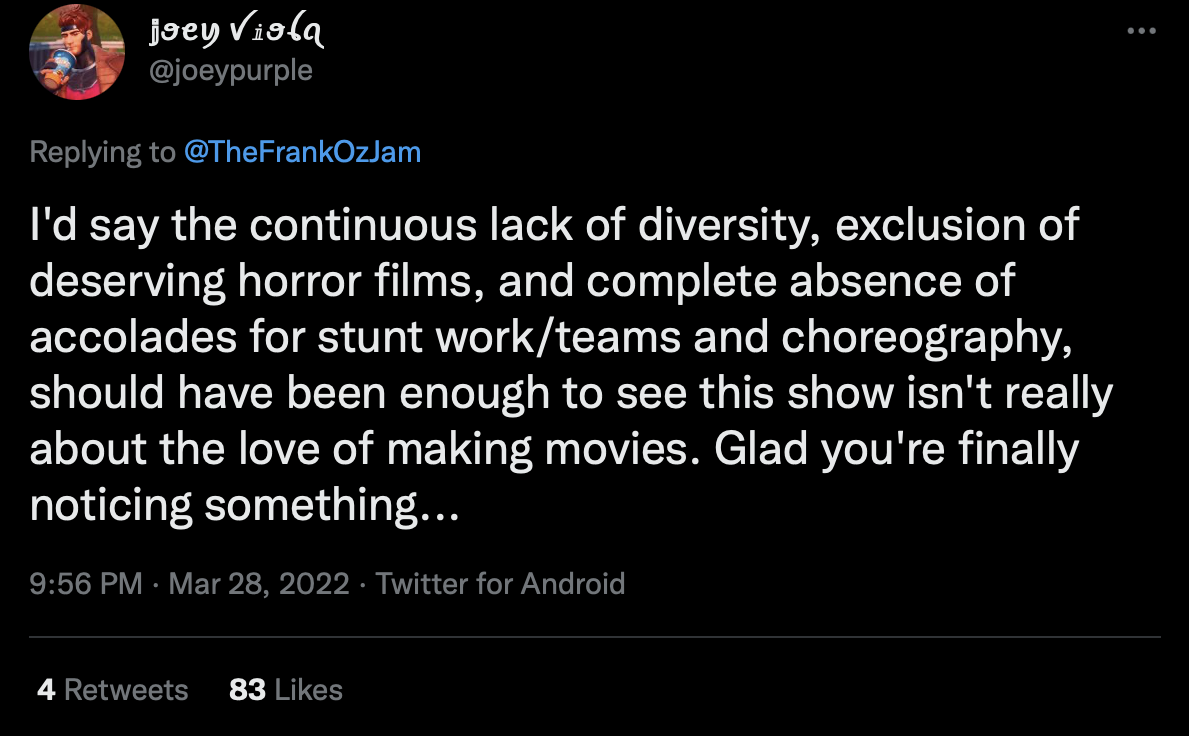 In recent years, Frank Oz has faced some backlash after openly criticising Disney’s current handling of The Muppets, claiming even that Disney’s acquisition of the long-running puppets show was what killed colleague Jim Henson back in 1990.

“The Disney deal is probably what killed Jim. It made him sick,” Oz said in August of last year during an interview with The Guardian’s Hadley Freeman.

He further elaborated, “Eisner was trying to get Sesame Street, too, which Jim wouldn’t allow. But Jim was not a dealer, he was an artist, and it was destroying him, it really was.” 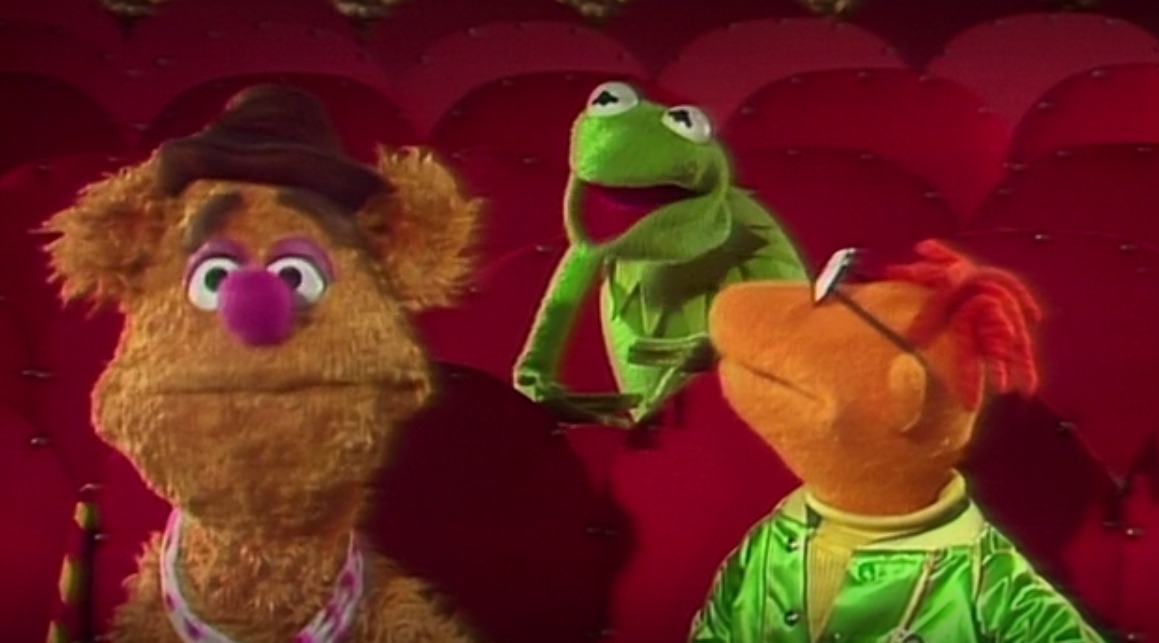 “I’d love to do the Muppets again but Disney doesn’t want me, and Sesame Street hasn’t asked me for 10 years. They don’t want me because I won’t follow orders and I won’t do the kind of Muppets they believe in,” Oz admitted.

According to Freeman, the puppeteer “can’t bear to watch the Muppets or Sesame Street today.”

“The soul’s not there. The soul is what makes things grow and be funny. But I miss them and love them,” Oz declared, in regards to Disney’s Muppets. 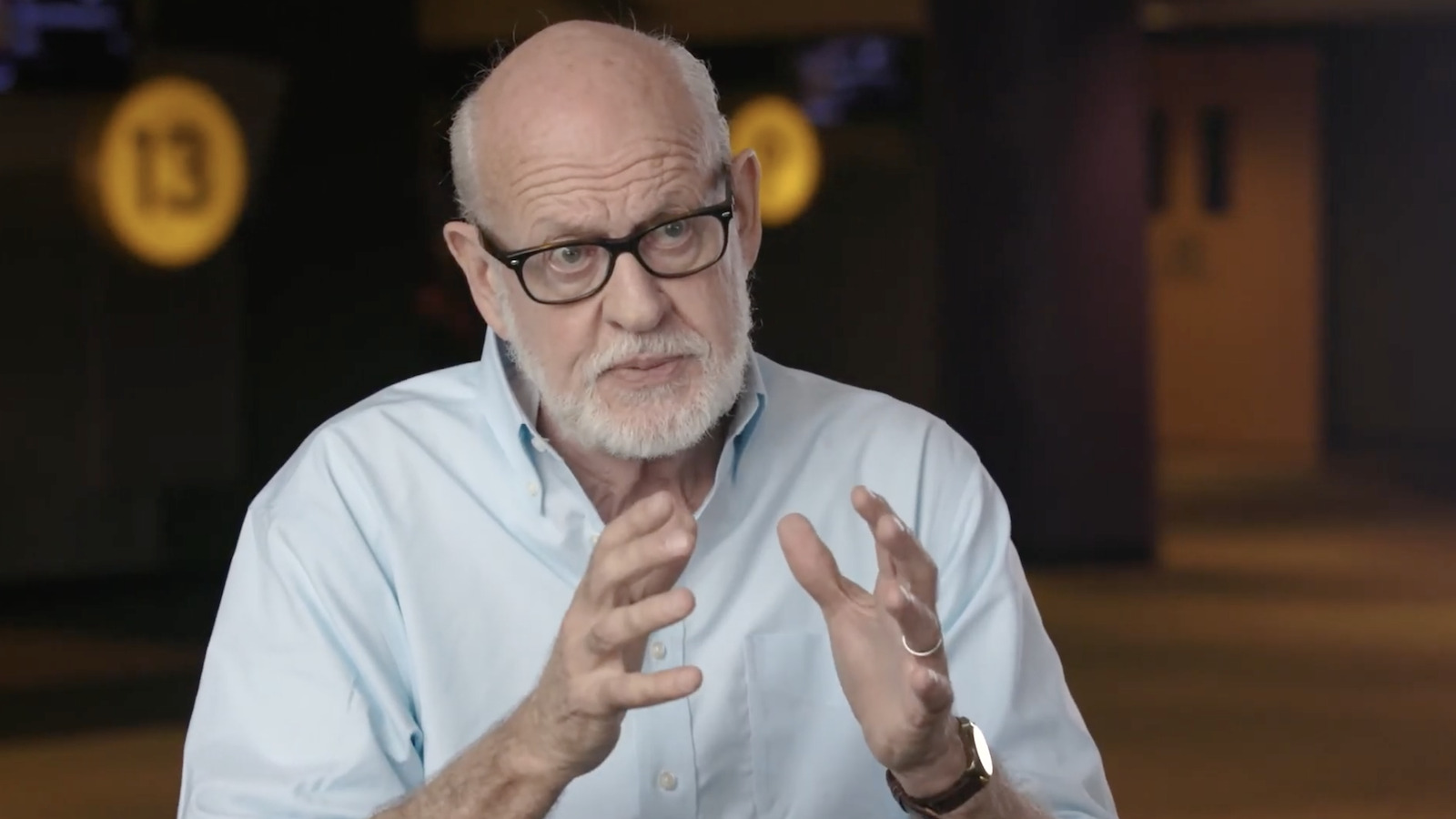 What do you make of Oz’s assertion about the Oscars no longer focusing on movies? Let us know your thoughts in the comments section down below or on social media.

NEXT: Will Smith Issues Apology After Slapping Chris Rock At Oscars, Tim Allen Shares His Thoughts