It was only a matter of time before a black actor slapping a black comedian would be blamed on white people. This time it took less than 48 hours. 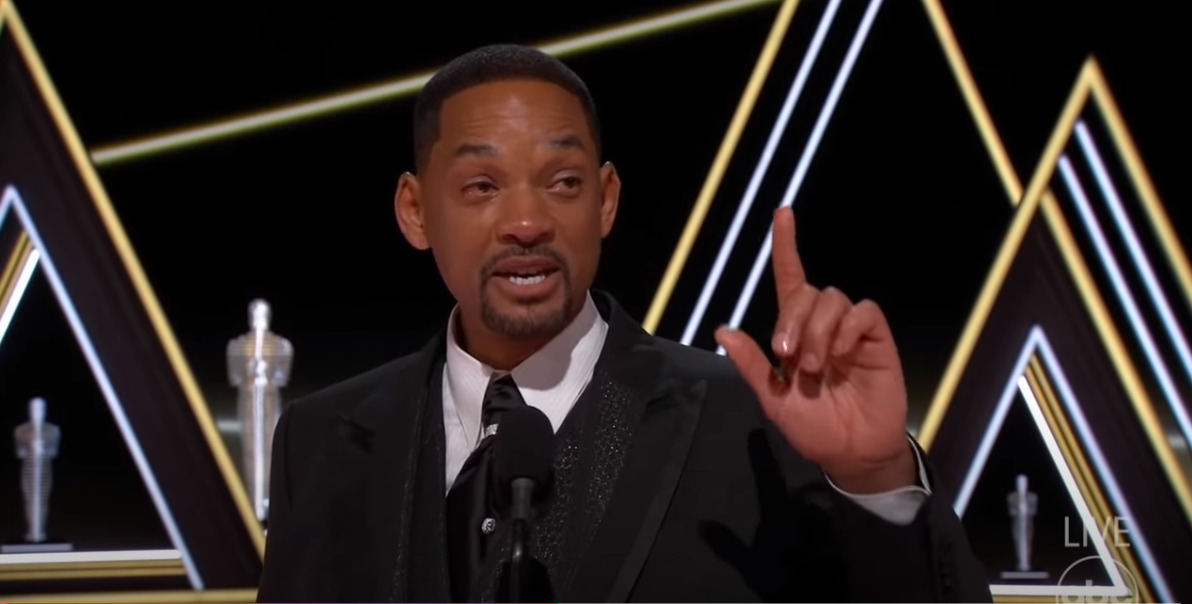 By now, everyone knows what happened at the 49th Academy Awards. Will Smith slapped Chris Rock on global television because his wife was bothered by a joke about her hair.

“G.I. Jane 2, can’t wait to see it.” That is all it took to send Will Smith into a rage that led to him assaulting and screaming at Chris Rock in front of the world.

The Full Uncensored video of Will Smith’s altercation with Chris Rock at the #Oscars pic.twitter.com/cGQ3plSEiz

RELATED: Ricky Gervais Mocks Oscars, Reveals How He Would Have Opened The Show If He Were Hosting

While sane and rational people have discussed the ramifications that this incident has on the art of stand-up comedy and the state of free speech in general, a series of woke culture writers are coming out of the woodwork to blame the incident on systematic racism and inequality. According to them, the biggest victim of Will Smith slapping Chris Rock was black women.

Strap in, this is going to get bumpy.

Let’s start with Tayo Bero, a self-described “Culture Writer” who recently wrote an opinion piece for The Guardian entitled “White outrage about Will Smith’s slap is rooted in anti-Blackness. It’s inequality in plain sight.”

In the piece, she talks about how she is bothered by the “downright racist” reaction of white people who are attacking Will Smith for his actions. In order to make her argument, Bero cites the comments made by two Jewish celebrities, producer Judd Apatow and radio host Howard Stern as the basis of her case.

Apatow declared in a deleted tweet that Smith’s actions were “​​pure out of control rage and violence” and Stern later chimed in on his radio show comparing Smith’s actions to former President Donald Trump, calling them the same person. 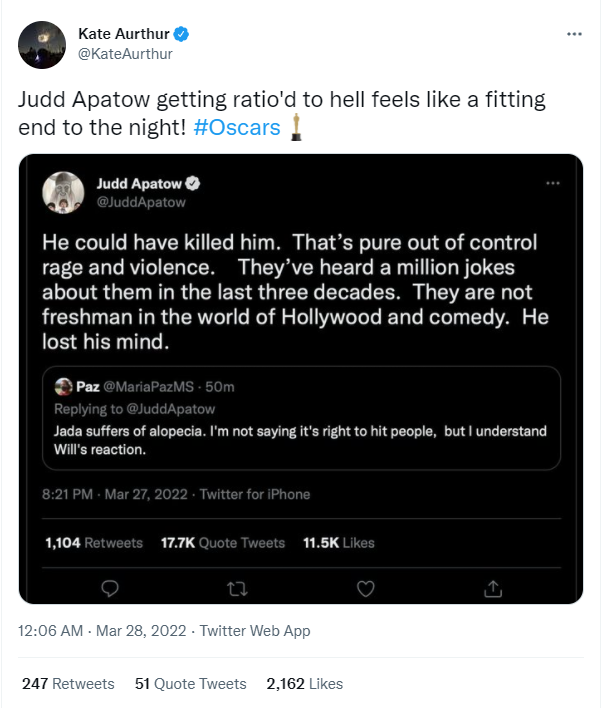 In Bero’s mind, Will Smith is just a “Black man who was defending his Black wife” and she believes that the outrage is not warranted.

Bero then continues by bringing up a series of whataboutisms in an effort to defend Smith assaulting Rock on global television.

She specifically brings up an incident from 1973 where Native American actor and activist Sacheen Littlefeather accepted the Oscar for Best Actor for Marlon Brando. Littlefeather claimed that John Wayne was “waiting backstage to take me off. He had to be restrained by six security men.”

Wayne told Entertainment Weekly, “If [Brando] had something to say he should have appeared that night and stated his views instead of taking some little unknown girl and dressing her up in an Indian outfit.”

Because John Wayne being allegedly restrained by security is worse than Smith physically assaulting Chris Rock in front of the world and social media. 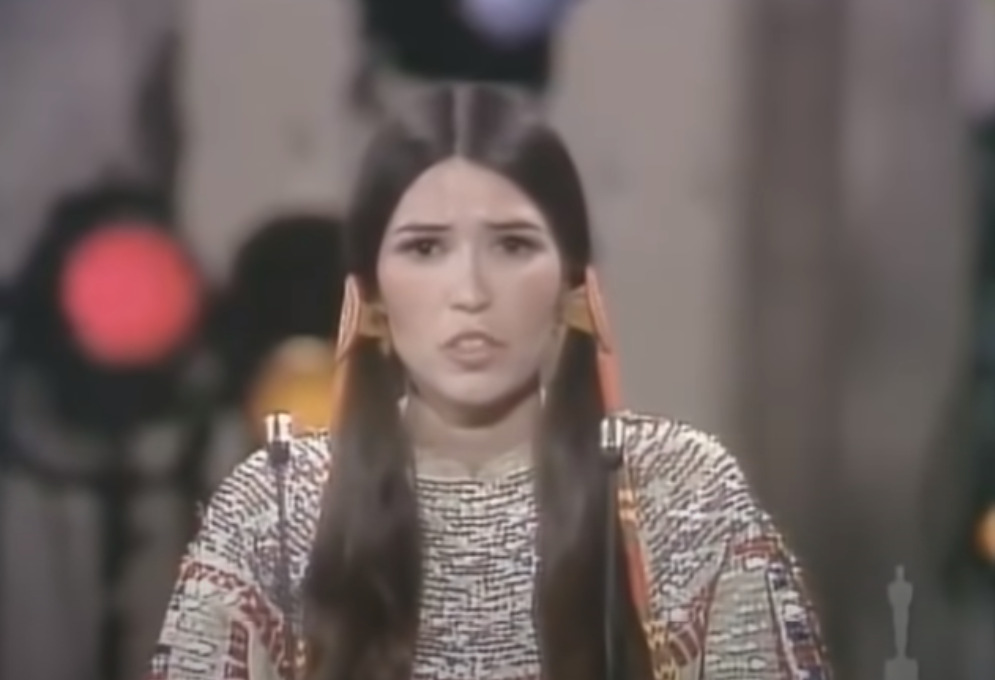 Not only does she accuse white people of “pearl-clutching” over a slap because Will Smith is a black man but she also sets her sights on black people who also have a problem with what Smith did. ESPN’s Stephen A Smith was one of the many public figures denouncing Will’s actions.

Stephen A. said on Twitter, “Total BS by Will Smith. If his night is ruined because of this he deserves it. The man has Denzel & Bradley Cooper trying to calm him down. For what? A joke about his wife in G.I. Joe? Come on! The s*** was embarrassing! A very very bad look! Love Will. But not after this B.S.” 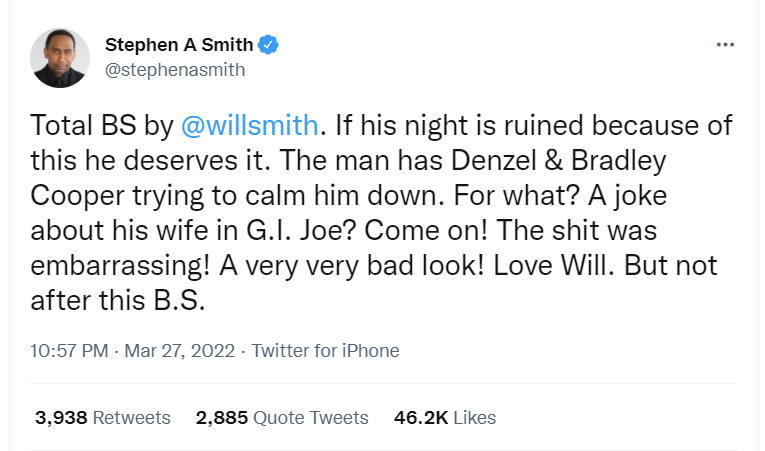 She states, “Black people who have been conditioned to constantly perform the most non-threatening version of themselves in order to retain white approval, the image of a Black man being ‘violent’ in a space notorious for its overwhelming whiteness must have felt like an abomination.”

She continues, “It’s the Black Hollywood equivalent of being dragged to a corner and told off by your parents for ‘cutting up’ in public and embarrassing your family.” 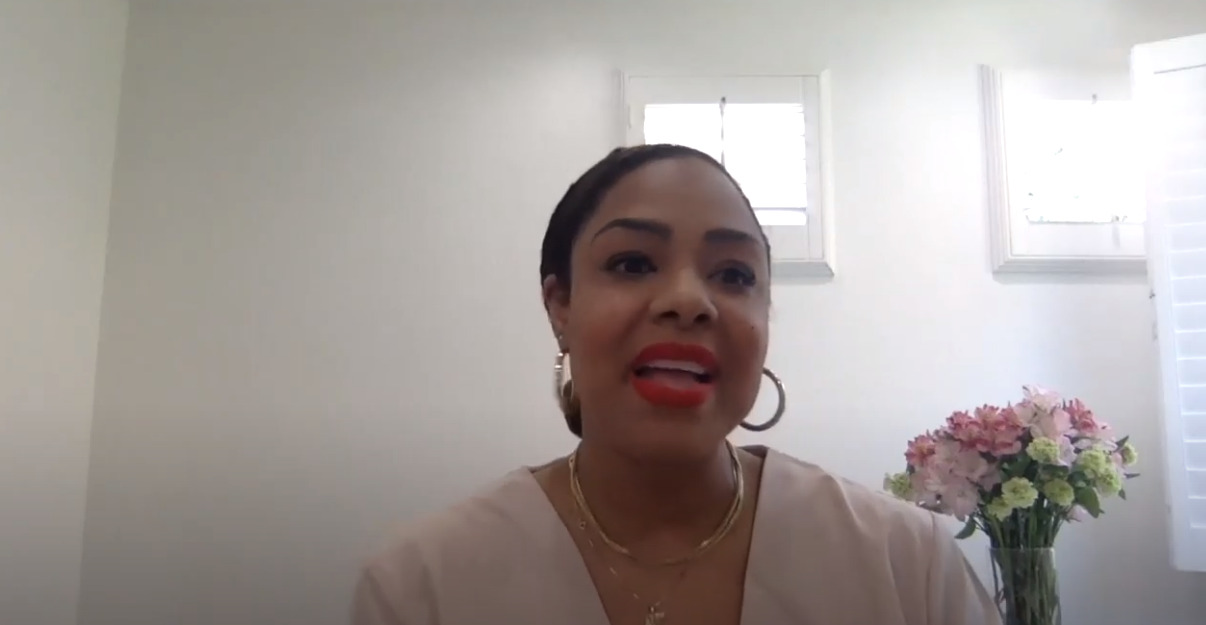 Maia Niguel Hoskin via Center for Diversity and Inclusion in Higher Ed. YouTube

If you thought that Bero was the only person with a bad take on this issue, then you probably haven’t been paying attention to what our society has devolved into. Maia Niguel Hoskin, a self-described race scholar took to Medium to blame Will Smith slapping Chris Rock on White supremacy.

Hoskin makes the claim in her piece entitled “While We’re Talking About Will Smith’s Behavior, Let’s Also Talk About The System That Helped Create It.”

In the article she claims, “This is about a much larger systemic issue rooted in White supremacist culture designed to police the behavior of Blacks amongst the who’s who in Hollywood and beyond.” 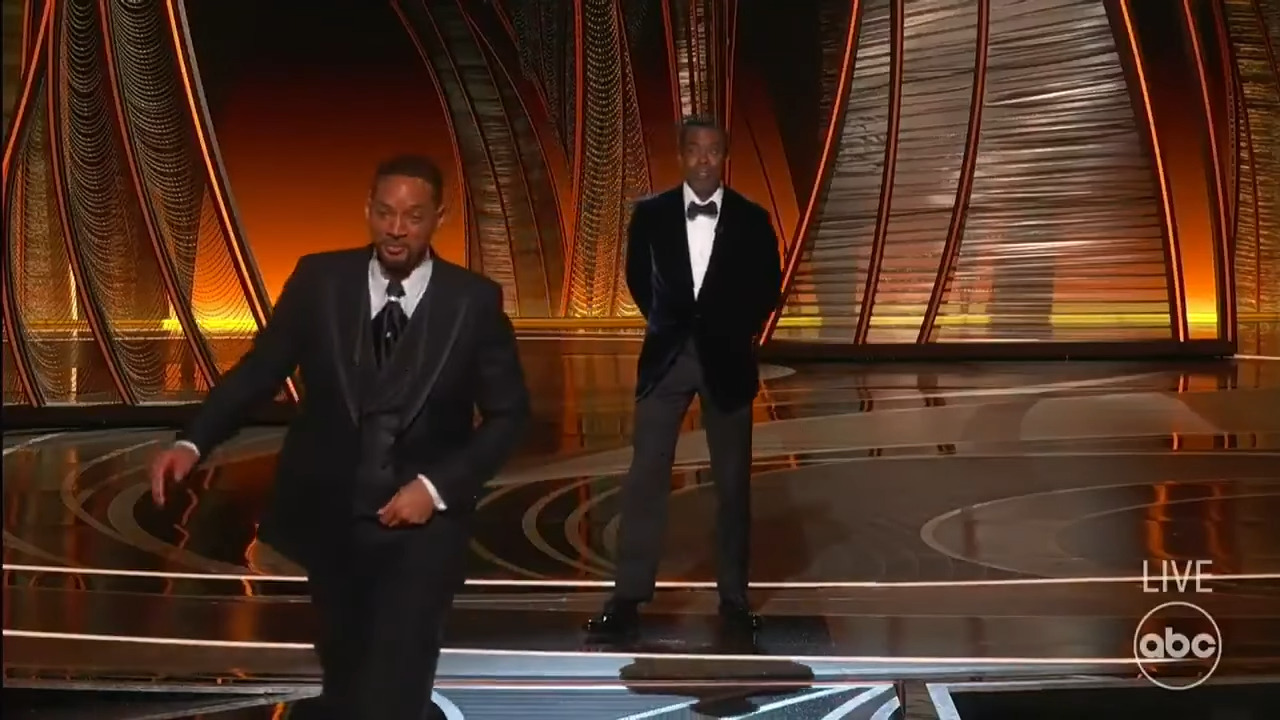 According to her, black people are not held to the same standard as whites when it comes to fair treatment of trivial acts…like assault. Hoskin believes that black people can’t show any emotion “other than complacency, apathy, or agreeance because if they don’t, they won’t receive the same equitable treatment that Whites enjoy as a birthright.”

In case you didn’t understand, Hoskin strongly believes that Will Smith was a victim of a racist system that was designed to incubate his frustrations…because Chris Rock made a joke at the Oscars.

The trifecta came from Danielle Moodie who is the host of #WokeAF Daily and founder of #WokeAFNation. Moodie conflated the borderline PG joke about Jada Pinkett Smith as a longstanding attack on black women.

Once again in a baffling defense of Will Smith’s attack, Moodie credits Will for not allowing Jada to be “defenseless” in the face of a passing joke.

Protected…from humor… She continues, “Black women have been slapped, beaten, and abused by this nation and the world for far too long. The generational pains that we have been forced to bear in public have lasted longer than a slap with the scars existing beyond the flesh.” 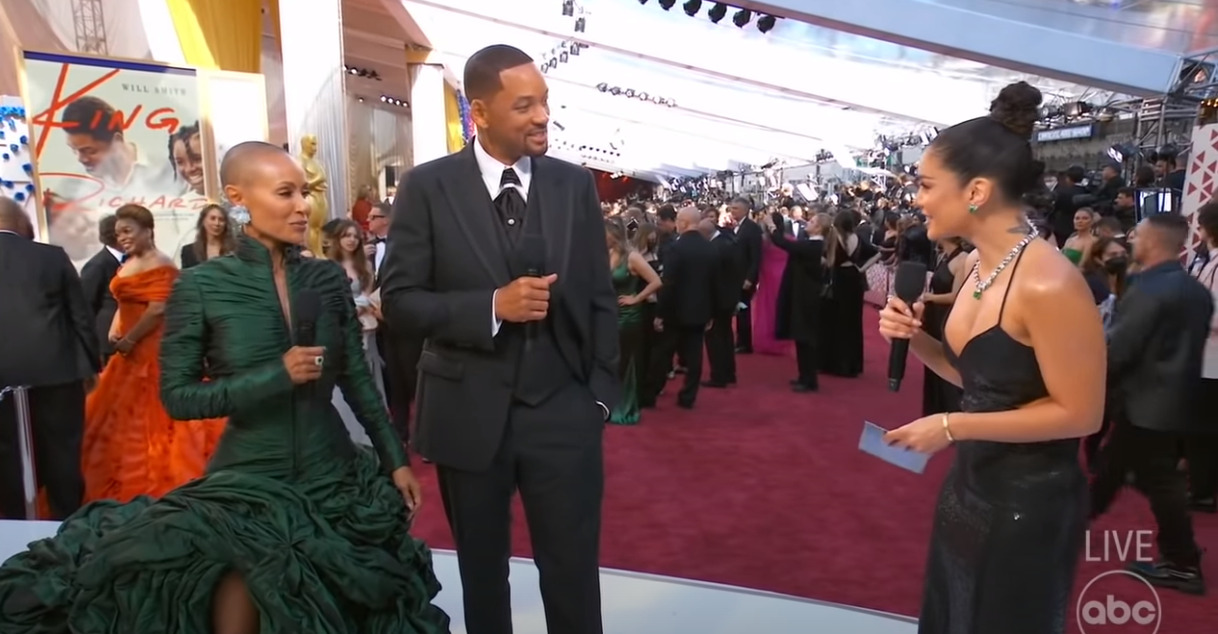 The common denominator in all of these thinks pieces outside of blatant bitter racism is the fact that all three of these were written by black women who believe that Chris Rock was in the wrong for making a mild joke about Jada Pinkett Smith’s hair.

Every single piece goes back to the point that because she shaved her head due to alopecia, she is comedically off-limits for any jokes. Keep in mind, Jada does not have cancer, she’s not terminal, she probably doesn’t even have a rash that needs to be looked at. She is just bald…that’s it. 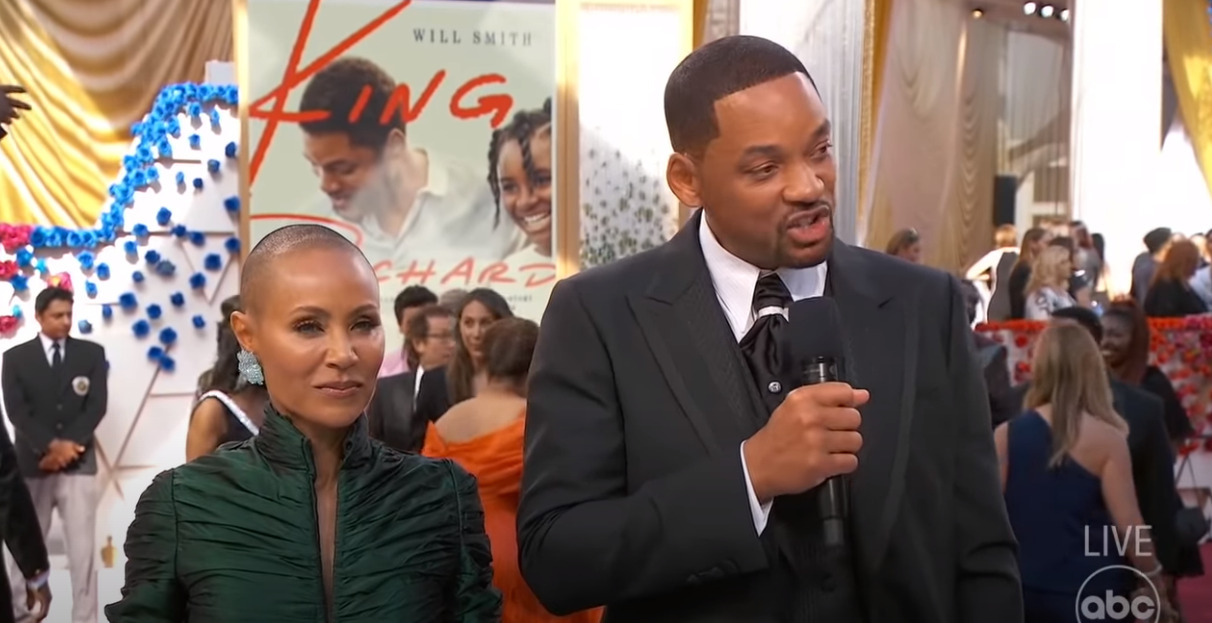 Not to mention Jada herself said hours before the event that she didn’t care what anyone thought of her look, but I guess that was a lie because the only person who didn’t laugh at Chris Rock’s joke was her.

@jadapinkettsmith ✨Crown Act✨ Be proud of your crown❣️ #iamnotmyhair #hairjourney ♬ I Am Not My Hair – India.Arie

In the minds of progressive black women, comparing Jada to a movie starring Demi Moore that bombed back in 1997, is just another example of how black women are the biggest victims in a systematic racist system, even if the person telling the joke is a black man.

In their minds, violence against jokes is not only justified, but it should be celebrated. But if white people take issue to the celebration of violence based on harmless jokes, that is racist. And if you are a black man who has an issue with televised black-on-black crime, you are also a victim of holding black people to white standards. Understand? 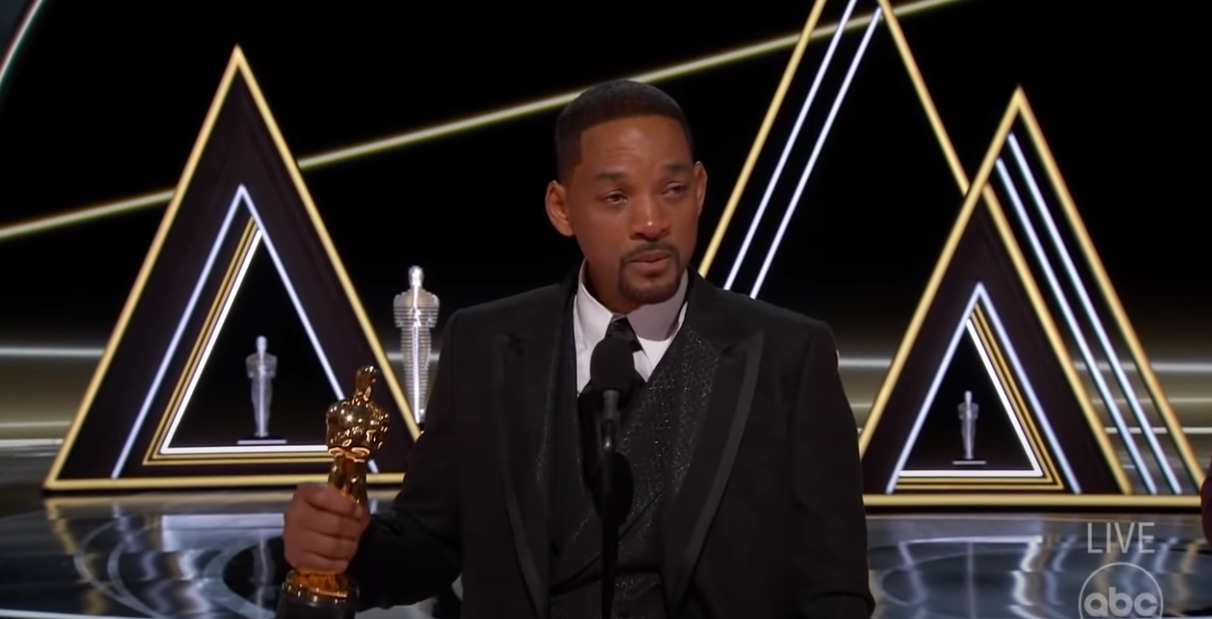 Woke culture is a 24/7 exhausting exercise in never-ending victimhood.