After recently receiving harsh criticism about his lack of performance in recent films, the family of Bruce Willis has confirmed that the actor will be retiring due to a brain disorder. 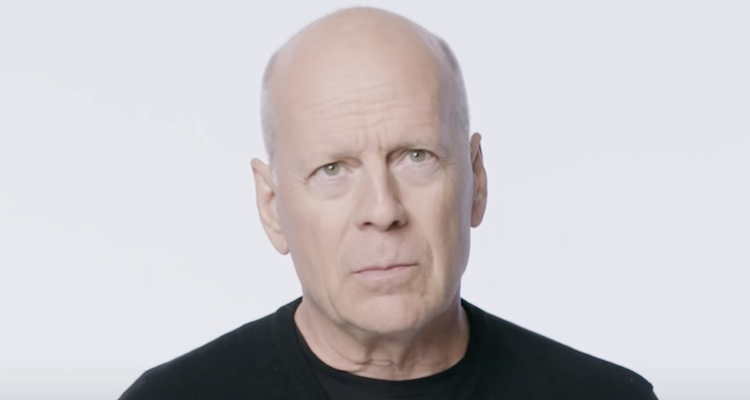 Bruce Willis’ family announced the actor is retiring from the profession after being diagnosed with aphasia. Aphasia is a language disorder, which affects a person’s ability to communicate. Victims of the disease, which is caused by brain damage, begin to lose the ability to express and understand speech.

The National Institute on Deafness and Other Communication Disorders defines aphasia as “a disorder that results from damage to portions of the brain that are responsible for language.”

“For most people, these areas are on the left side of the brain. Aphasia usually occurs suddenly, often following a stroke or head injury, but it may also develop slowly, as the result of a brain tumor or a progressive neurological disease,” they add.

They conclude, “The disorder impairs the expression and understanding of language as well as reading and writing. Aphasia may co-occur with speech disorders, such as dysarthria or apraxia of speech, which also result from brain damage.” 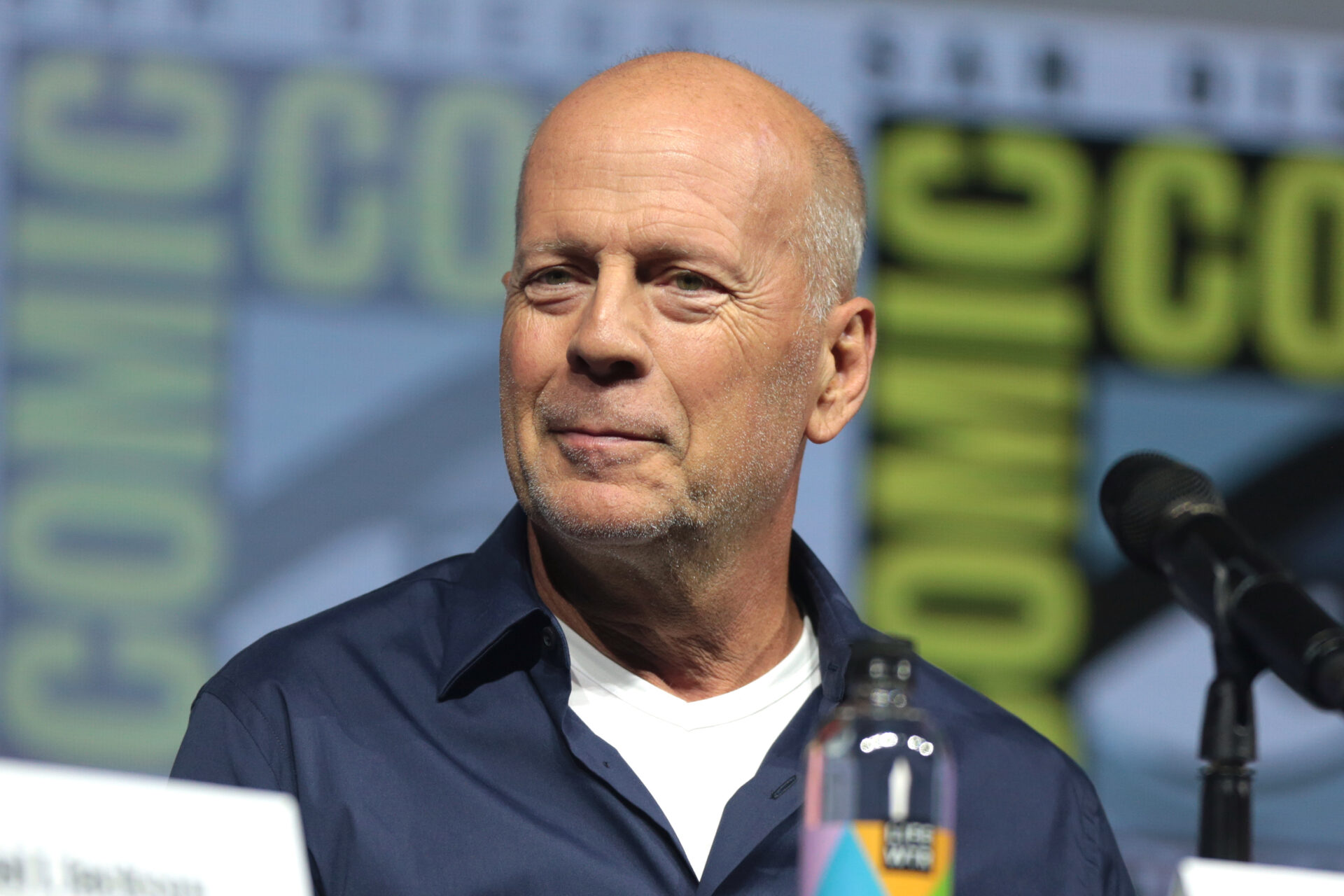 The statement found on Demi Moore’s Instagram states, “To Bruce’s amazing supporters, as a family, we wanted to share that our beloved Bruce has been experiencing some health issues and has recently been diagnosed with aphasia, which is impacting his cognitive abilities.

“As a result of this and with much consideration, Bruce is stepping away from the career that has meant so much to him,” it declares. 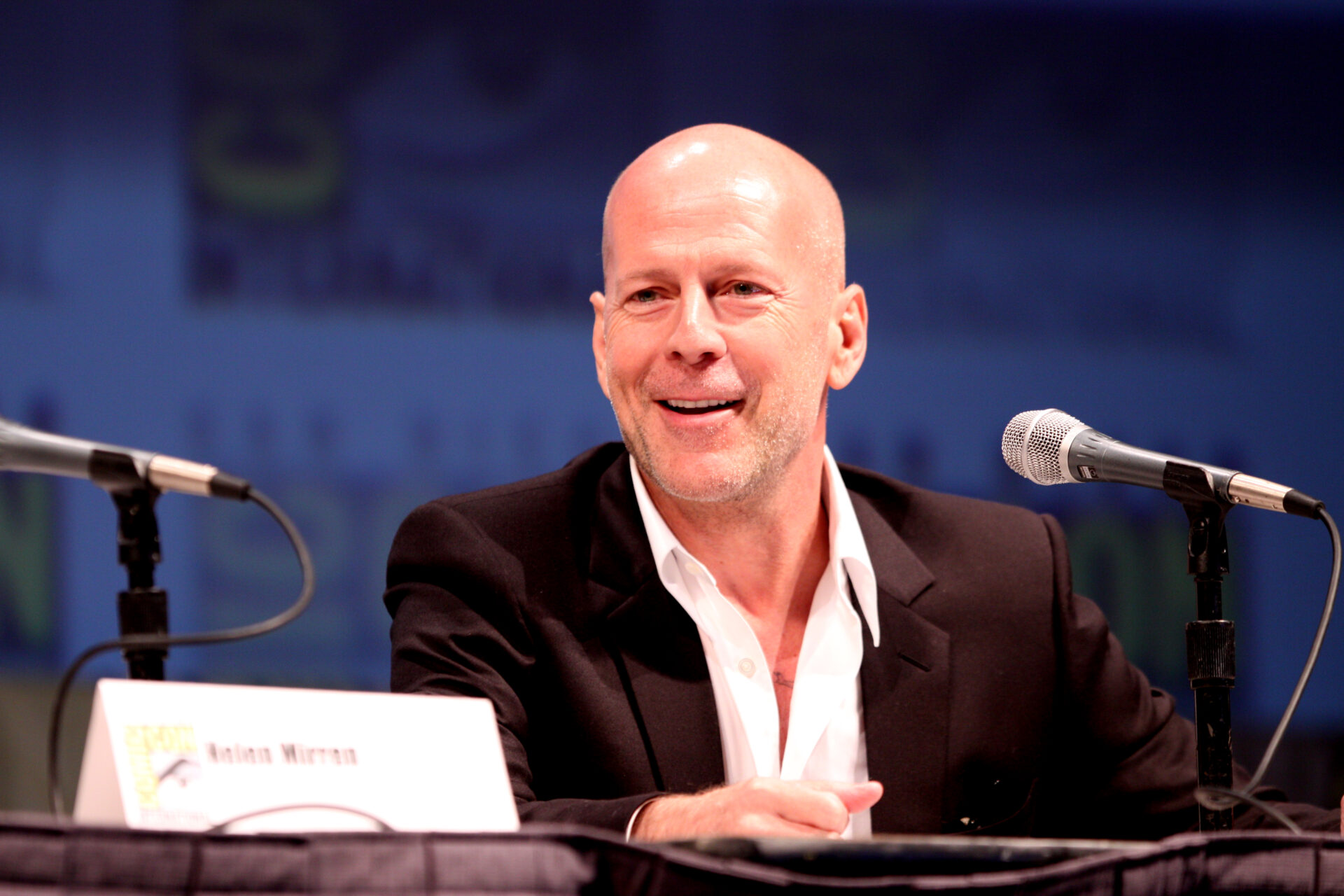 “This is a really challenging time for our family and we are so appreciative of your continued love, compassion, and support,” the statement continues. “We are moving through this as a strong family unit, and wanted to bring his fans in because we know how much he means to you, as you do to him.

“As Bruce always says, ‘Live it up’ and together we plan to do just that.” 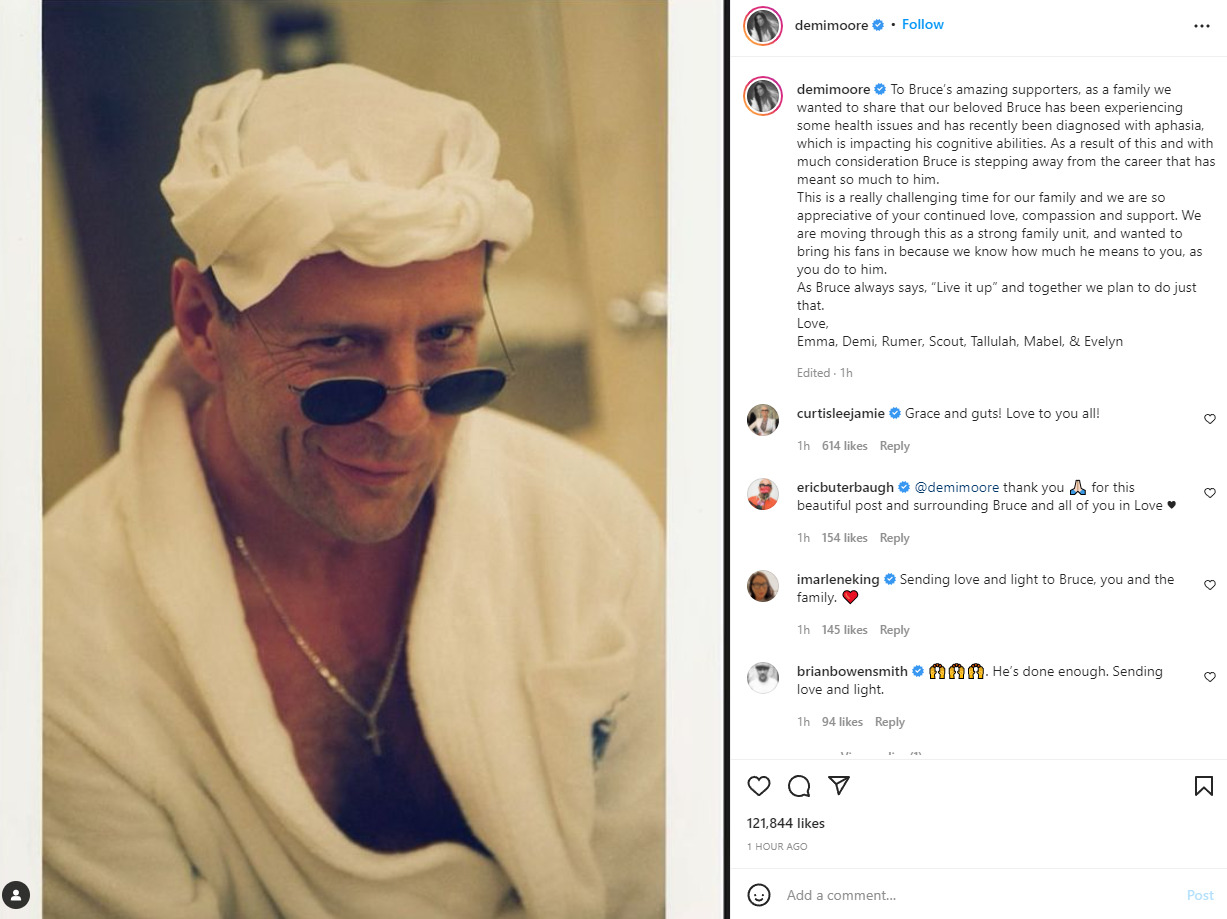 RELATED: Rumour: Bruce Willis Allegedly Suffering From Dementia, Being Fed Lines Through An Earpiece While Performing

Film critics and moviegoers have often criticized Bruce Willis’s recent series of Video on Demand (VOD) movies where the actor was accused of “phoning in” his performances for a quick payout.

Last month, the popular YouTube channel “RedLetterMedia,” which is known for its comedic reviews of classic B movies and other current titles, did a deep dive into Bruce Willis’s recent string of movies that exposed the actor was having lines fed to him through an earpiece.

The video also talked about Willis’s limited screen time in these films that use his name to sell the film as well as the fact the actor isn’t actually in the majority of the scenes.

The topic led to many questions about Bruce Willis’s current health and financial situation prompting many to speculate if the actor was either broke or in a declining mental state. Rumors then began to swirl online about Bruce dealing with a medical condition.

In January of last year, an unnamed insider told OK! Magazine that Willis had been “waging a personal war” with a condition that had been affecting his memory “for a number of years.”

“Those close to Bruce have been helping him out, and trying to maintain the secret, but this helps explain why he might have not been wearing his mask — he simply forgot,” another insider pointed out, alluding to an incident in early 2021 that saw the actor being kicked out of a Rite-Aid store in Los Angeles for refusing to wear a mask.

Another source claimed while filming Glass, staffers worked around him by cutting and editing and having him overdub lines because he struggled to remember and/or deliver them.

“In most scenes on Glass he’s hooded, and they used stand-in and body doubles to replace him,” claimed the source. “On set, he wouldn’t smile and was always chaperoned by an assistant to guide him while walking.”

Rumors went on to say that he was doing a series of VOD roles to make as much money for his family as he could before announcing his retirement which was confirmed today.

The 67 year old actor is known for his long career in Hollywood that stretches back to the 1980s. His most famous roles have come from the Die Hard franchise, Pulp Fiction, The Fifth Element and many others.

How do you feel about Bruce Willis officially retiring from acting?