Renowned actor Jeff Bridges, known for his roles in The Big Lebowski, Iron Man, and the Tron franchise, has shared an uplifting update on his lymphoma diagnosis, revealing that he is feeling “terrific” after his cancer went into remission.

“As far as I’m concerned, FX and all of the team were so considerate and gave me all of the time I needed to heal and all the support I needed,” Bridges told reporters this week during a virtual panel for his upcoming FX series The Old Man. “The protocols — we were still in COVID — made me feel very safe and eager to get down to business and play.”

In The Old Man, Bridges plays a character battling with Alzheimer’s disease. On this particular note, the actor revealed how his own lymphoma diagnosis impacted the way in which he plays this particular character on the show. 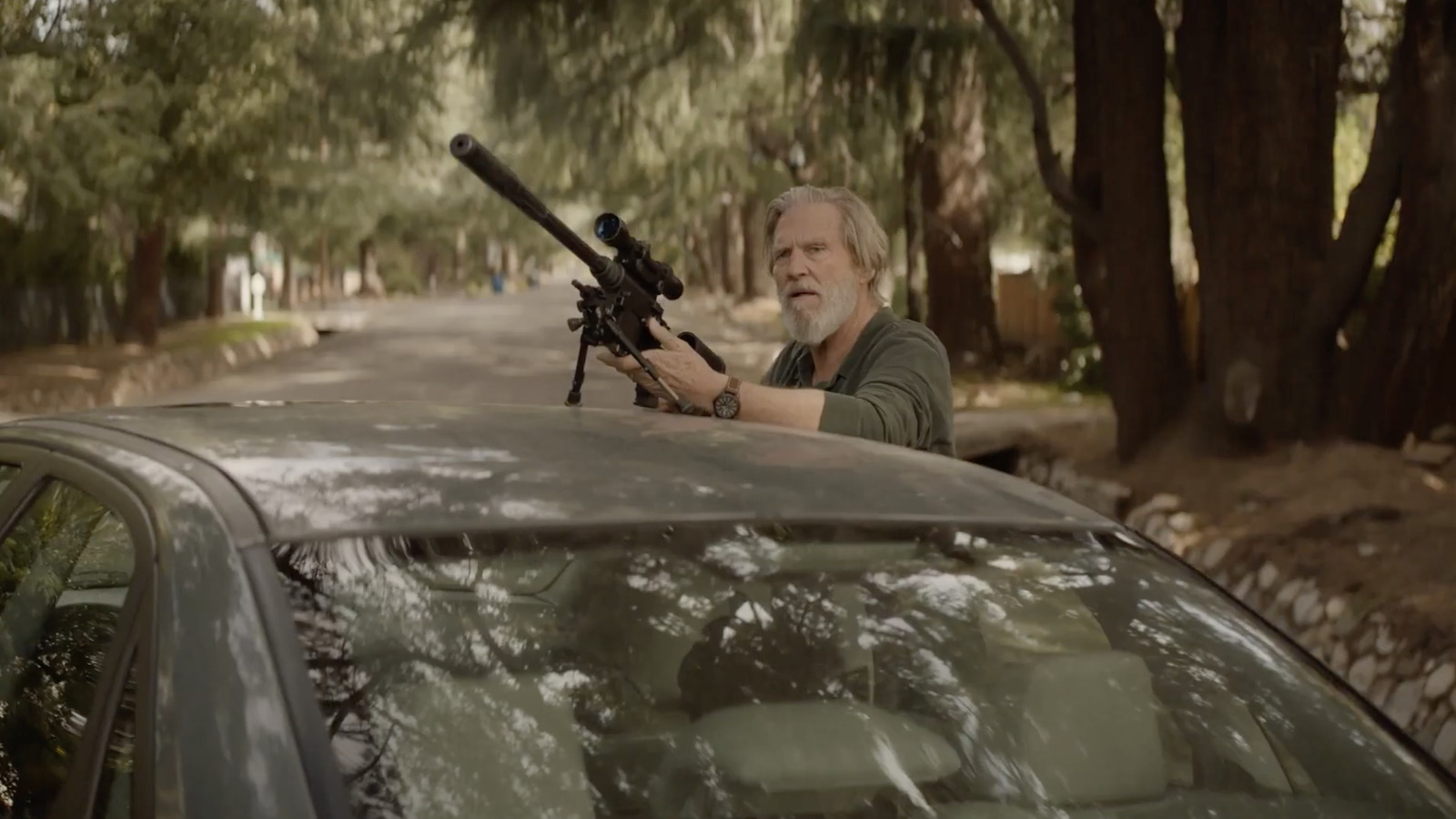 “In times like that, it seems like all your philosophies and spirituality comes to you. It tests you,” Bridges explained. “All of that has been made more mature by that experience. I’ve always approached life the same way, [but this] made things sharper.”

Production for FX’s The Old Man was paused twice since it started, once due to the COVID-19 pandemic and again after Bridges began undergoing cancer treatment. 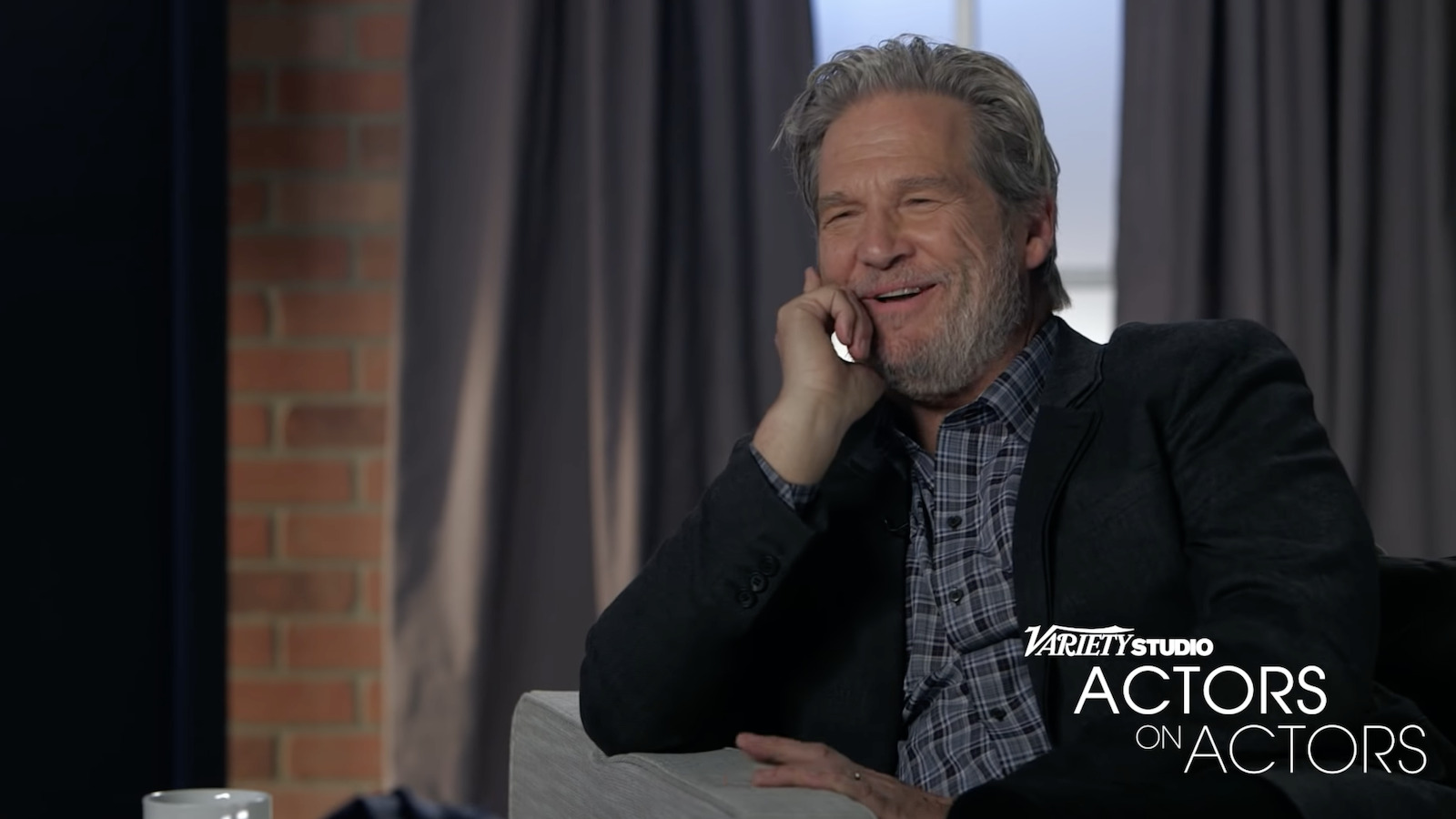 In September of last year, after months of treatment, Bridges wrote that his cancer had went into remission, and that he and his wife Sue had contracted COVID-19.

“Soon after, my wife Sue and I share an ambulance to the ICU. We both got the ‘rona. Sue spends 5 days in the hospital,” Bridges wrote in an update on his website.

He continued, “Me…? I’m there 5 weeks. The reason I’m there so long is because my immune system is shot from the chemo. My dance with COVID makes my cancer look like a piece of cake.”

Deadline reports that Bridges was ecstatic to get back to work on the upcoming series.

“I went through a year and a half of this bizarre dream and then came back,” Bridges said. “It was great to be back with the gang.” 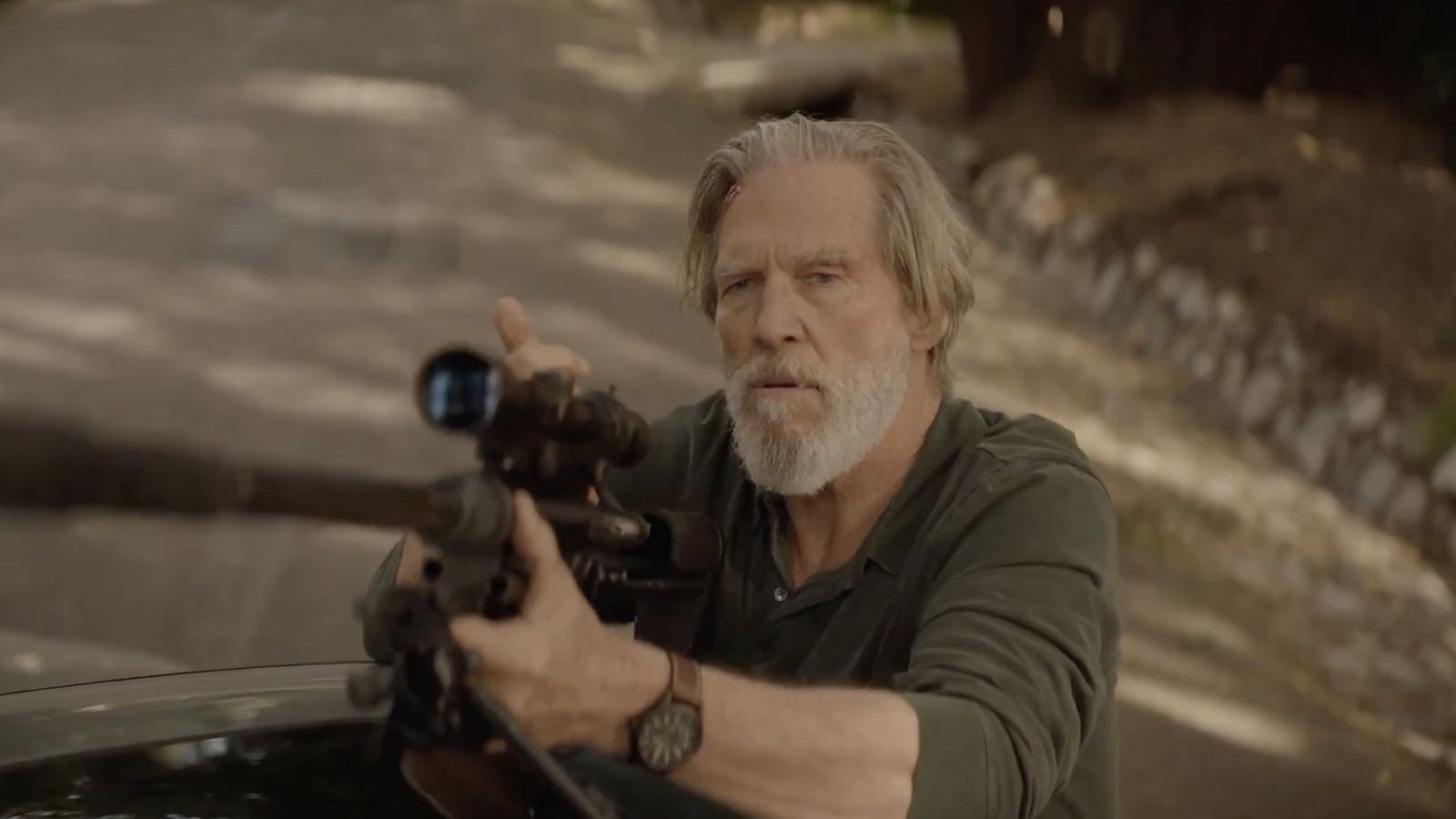 Bridges announced his cancer diagnosis in October of 2020 via his personal Twitter account, letting his followers know that the prognosis was good and that he would be starting the respective treatment promptly.

“As the Dude would say.. New S**T has come to light,” the actor prefaced, before explaining, “I have been diagnosed with Lymphoma.”

He went on, “Although it is a serious disease, I feel fortunate that I have a great team of doctors and the prognosis is good. I’m starting treatment and will keep you posted on my recovery.” 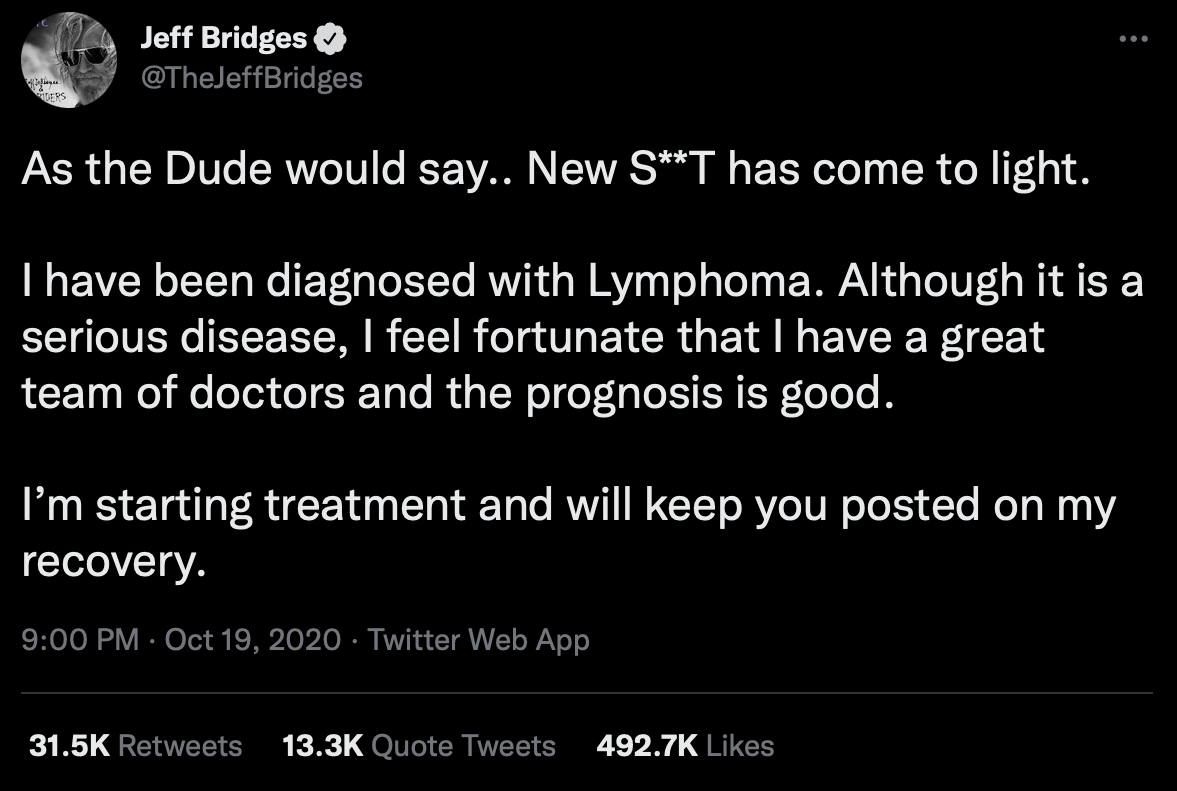 “I’m profoundly grateful for the love and support from my family and friends,” Bridges wrote in a follow-up tweet. “Thank you for your prayers and well wishes.”

The actor also took the opportunity to encourage his fellow Americans to “please remember to go vote. Because we are all in this together.” 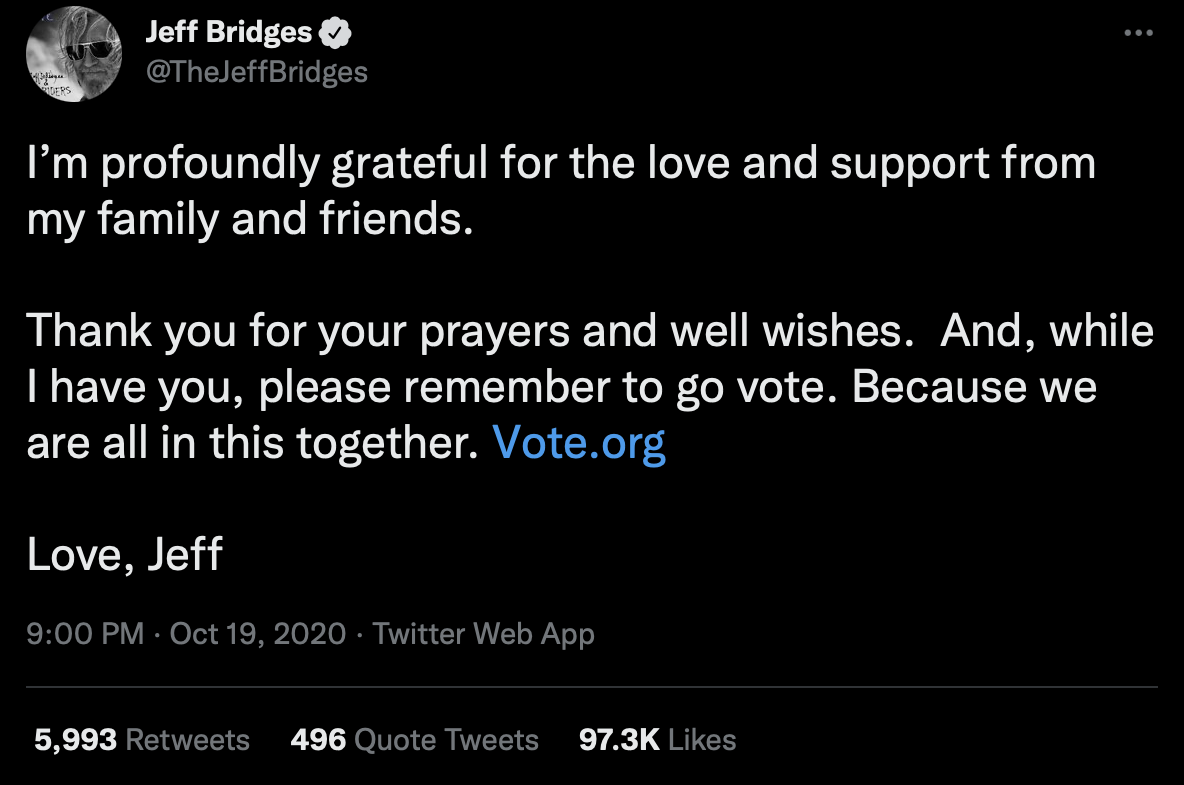 Ten days after disclosing that he had been diagnosed with cancer, Bridges took to social media to share a picture of himself as he began his treatment, writing, “I want to thank you all for reaching out during this time, it feels good getting all the well wishes and love!” 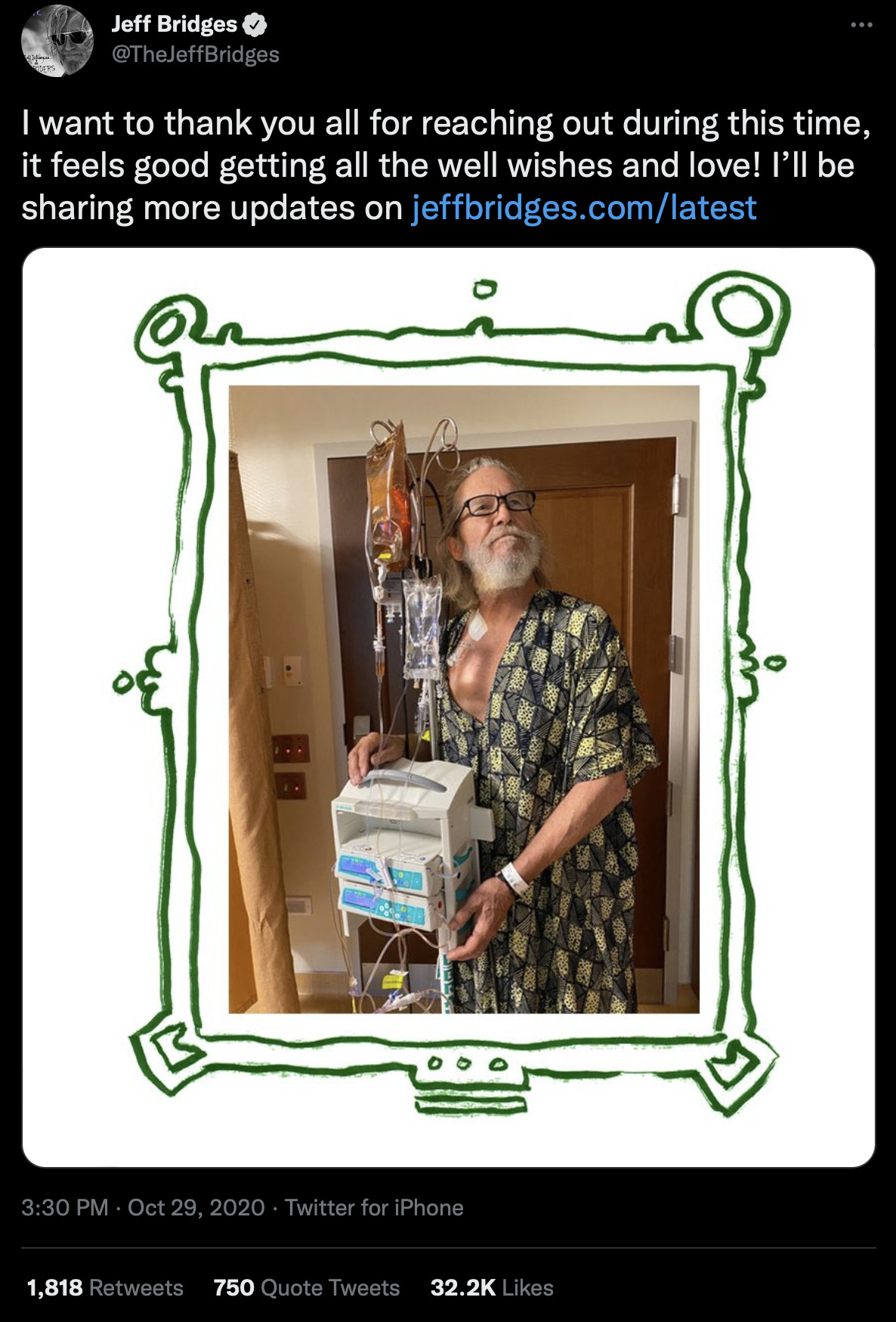 What do you make of Jeff Bridges’ uplifting news? Let us know your thoughts in the comments section down below or on social media.