In an attempt to answer fans’ curiosity regarding the appearance of Michael Keaton’s Adrian Toomes in Sony’s latest attempt to make a Spider-Man-movie-without-Spider-Man, Morbius director Daniel Espinosa has pointed to the events of Marvel’s Spider-Man: No way Home to explain this crossover – and in the process, made the entire situation even more confusing. 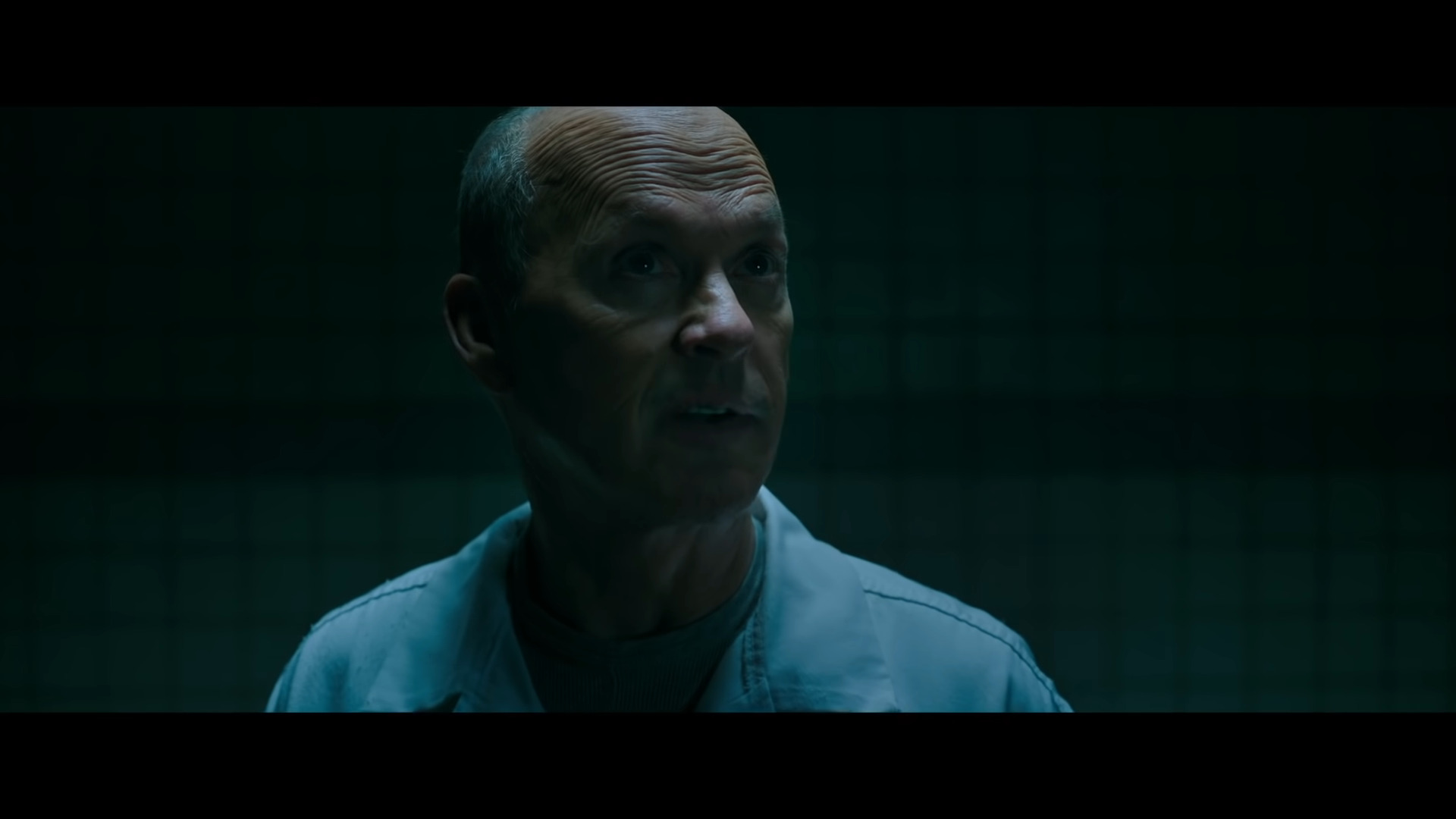 RELATED: Morbius Critic Scores Rank It As One Of The Worst Marvel Films Of All Time

The appearance of Keaton’s Vulture in Morbius was first revealed – in a move that signaled an early lack of faith in the actual film itself – in the film’s trailers, depicting the MCU native as a prisoner who happens to meet the titular vampire at some point during the latter’s supernatural outing. 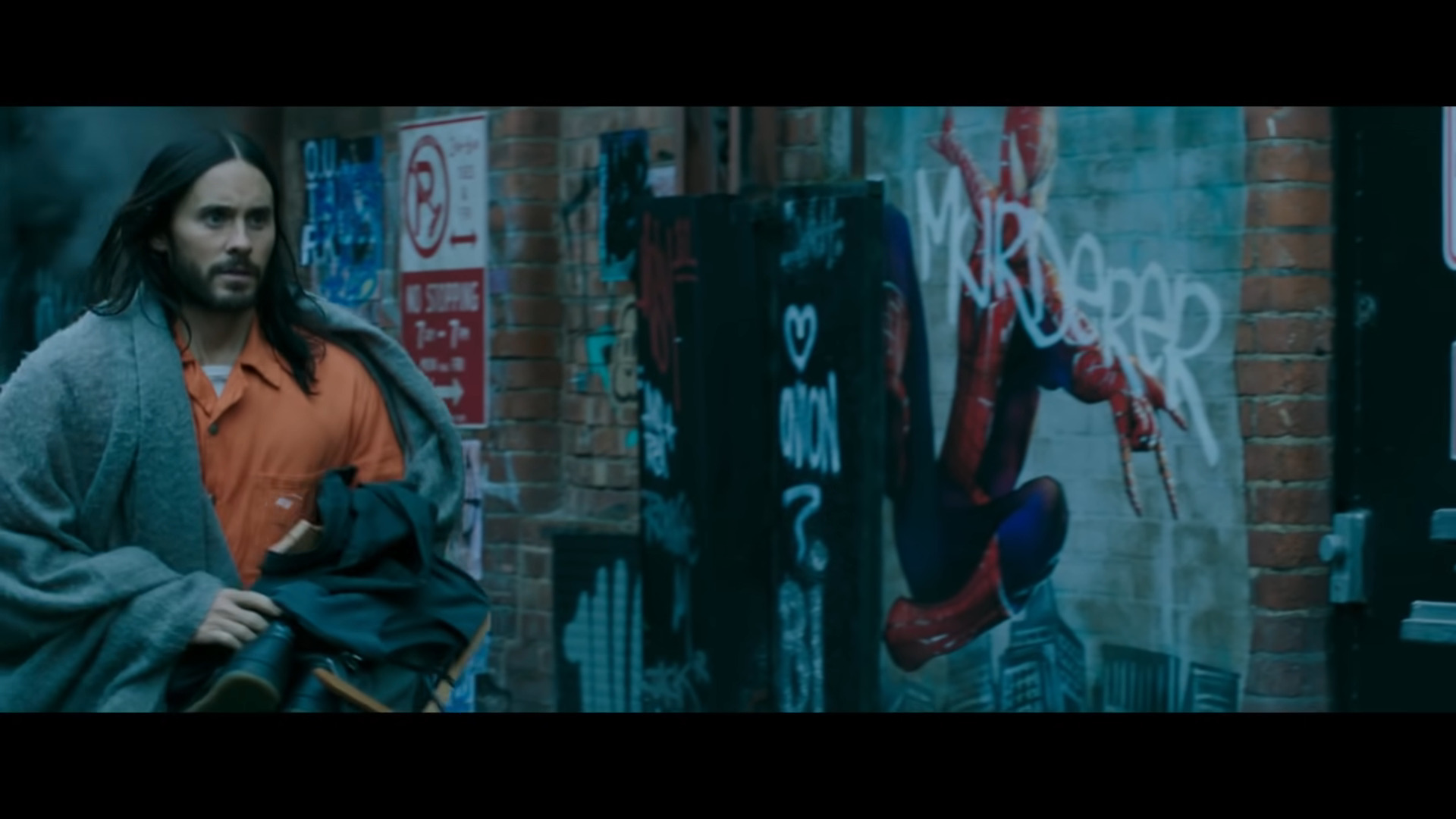 In the first, as the sky above New York begins to crack with the same purple multiverse energy seen at the end of No Way Home, Toomes materializes in a prison cell following a flash of white light, similar to how Tom Hardy’s Venom traveled to and from the MCU at the end of Venom: Let There Be Carnage and Spider-Man: No Way Home, respectively.

Looking in the mirror to take in the situation, Toomes ultimately rolls with his mysterious transportation, joking to himself, “Hope the food’s better in this joint.”

“A bizarre story developing at the Manhattan Detention Center when a man identifying himself as Adrian Toomes simply appeared in an otherwise empty cell,” a news anchor reports as the scene draws to a close. “A hearing has been set that could likely lead to his immediate release.”

In the second, after apparently receiving a message to meet an unknown individual at an abandoned beach at a specific time, Morbius can be seen arriving to and awaiting at his destination for further instruction.

After a few seconds pass, Morbius is met by Keaton’s Vulture, this time fully suited-up and depicted via CGI.

“Thanks for meeting me, Doc,” Vulture greets Morbius. “I’ve been reading about you.”

“I’m listening,” interjects Morbius, to which Vulture continues, “I’m not sure how I got here. Has to do with Spider-Man, I think. I’m still figuring this place out, but I think a bunch of guys like us should team up. Could do some good.”

“Intriguing” replies Morbius as the scene immediately cuts to the film’s full credits.

In a recent interview with Cinemablend (strangely enough published directly to Twitter rather than their site), Espinosa explained that this crossover, like the aforementioned one by Venom, was the result of Doctor Strange and Spider-Man’s magical muddling. 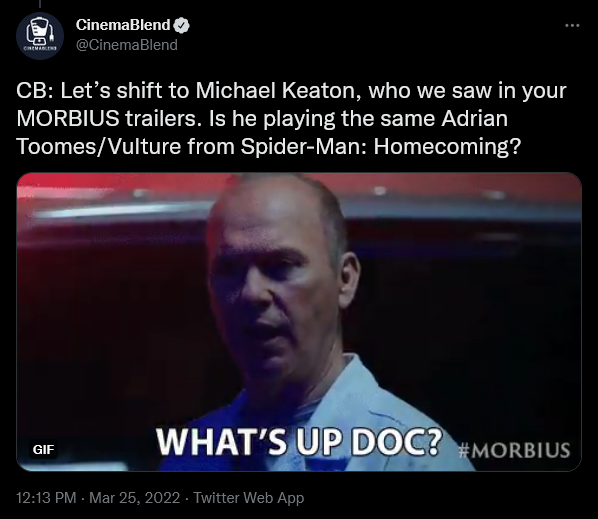 “At the end of VENOM: LET THERE BE CARNAGE and SPIDER-MAN: NO WAY HOME, and in NO WAY HOME itself, it is clearly established that it is possible for characters to transfer from one Multiverse to another,” he said. “The events of NO WAY HOME had the effect of transferring Venom and Vulture (and maybe others ) back and forth between the MCU and the Venom Universe.

Of course, as audiences who watched No Way Home are sure to have noticed, this explanation directly contradicts the entire resolution of the film’s plot.

While the film did confirm, quite obviously, that multiversal travel was possible, the visitors seen in No Way Home were directly drawn to the MCU by knowledge of Peter Parker’s true identity rather than by any random happenstance.

RELATED: Francis Ford Coppola Says Marvel Films Are “One Prototype Movie That Is Made Over And Over Again To Look Different”

Further, as explained by Doctor Strange prior to its casting and seen immediately after its completion, the spell he used to erase the memory of Peter’s true identity from the minds of the public also broke the siren call that pulled everyone into the MCU.

With nothing to magically pull him between universes, Toomes should have remained in the MCU following the events of No Way Home – especially once the knowledge of Peter Parker had been erased from his mind.

So where does this leave the mechanics of Marvel cinematic multiverse travel?

Ultimately, in the same spot as those in the comics: confusing and seemingly open for interpretation between each individual director.

What do you make of Espinosa’s explanation for Vulture’s appearance in Morbius? Let us know your thoughts on social media or in the comments down below!