An alleged leaked set video shows Obi-Wan Kenobi and Darth Vader in a lightsaber duel on what appears to be Tatooine. 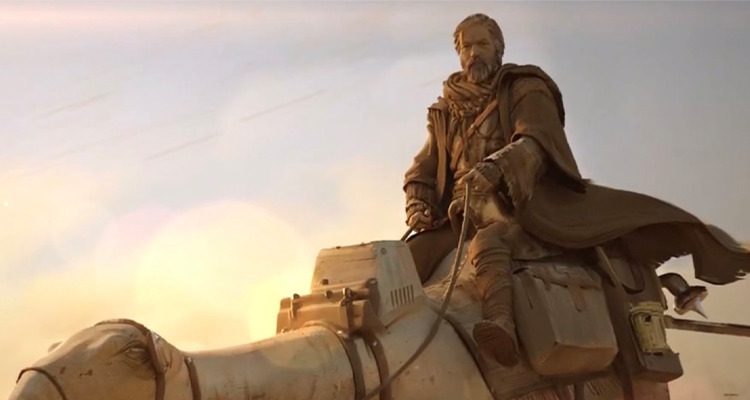 YouTuber channel Jedi Mahs shared a video at the end of March that shows Vader and Kenobi locked in their duel. The draw comes to an end when Vader uses a Force push to send Kenobi flying backwards.

Seeing Obi-Wan Kenobi and Darth Vader fight should not be a surprise to anyone who has been following the show. Lucasfilm President Kathleen Kennedy and Deborah Chow, Obi-Wan Kenobi’s showrunner, made it perfectly clear the two would clash again following their battle on Mustafar.

At the Disney Investor Day 2020 presentation, Kennedy teased the show saying, ““Obi Wan Kenobi begins 10 years after the dramatic events of Revenge of the Sith, where he faced his greatest defeat, the downfall and corruption of his best friend and Jedi apprentice, Anakin Skywalker turned evil Sith Lord Darth Vader.”

Star Wars would also release a short teaser trailer for the show with Chow saying, ““We couldn’t tell the story of Obi-Wan Kenobi without addressing Anakin or Vader.”

Ewan McGregor, who reprises his role as Obi-Wan Kenobi, would add, “Have another swing at each other, might be quite satisfying for everybody.”

While it appeared clear that Obi-Wan Kenobi and Darth Vader would cross blades at least once, a rumor from LRM Online in February claimed that the two wouldn’t have just one battle, but that there would be at least two battles.

The website claimed, “We have heard from our sources that Kenobi and Vader will face off not once, but twice in the upcoming series!”

This rumor about multiple fights would seemingly be confirmed by Making Star Wars in a recent post that provides details about the first fight that Kenobi and Vader have.

Making Star Wars explains that at the end of the first encounter, Vader has severely injured Kenobi and even lights his arm on fire and burns it badly.

Despite these serious injuries, Kenobi escapes with the help of a Resistance fighter and is taken to a bacta tank to recover where he is incapacitated.

Kenobi eventually wakes up by the fifth episode of the show, where he parts ways with the Resistance movement on Jabiim and decides to put a stop Inquisitor Reva.

Making Star Wars explains, “This is just Qui-Gon’s voice acting as Mickey from the Rocky films. Obi-Wan has his mojo back and can hear Qui-Gon now. This voice guides Kenobi and for the first time in a long time, he knows he must win because they are going to win this fight against evil.”

However, Qui-Gon Jinn does eventually manifest as a Force Ghost after Kenobi returns to Tatooine with the assumption that he defeated Vader again on Mustafar.

After returning to Tatooine he reportedly takes up the training he was instructed to do by Yoda at the ending of Revenge of the Sith.

The Obi-Wan Kenobi series debuts on May 27th on Disney+. The series will release its first two episodes.

The official description for the series states, “The story begins 10 years after the dramatic events of “Star Wars: Revenge of the Sith” where Obi-Wan Kenobi faced his greatest defeat—the downfall and corruption of his best friend and Jedi apprentice, Anakin Skywalker, who turned to the dark side as evil Sith Lord Darth Vader.”

What do you make of this alleged leaked footage and these accompanying plot leaks? Do they get you interested in watching Obi-Wan Kenobi?