With Shazam’s blend of comedy, superhero adventure, horror elements, and family drama plus that cameo at the end, you might think of the film’s director David F. Sandberg as a good fit for a Superman movie – especially one highlighting Henry Cavill’s return and a more upbeat tone.

Sadly, Sandberg declared he is no longer interested in re-adapting the Man of Steel for the next phase of DC movies. In an Instagram AMA, the Scandinavian filmmaker revealed he is turned off by the high expectations of hardcore fans that would pillory him if he didn’t meet their standards.

When asked, “If you could choose any other DC hero to direct, which one?,” Sandberg responded, “At one point I would have said Superman, but when there are so many different expectations and hardcore fans you’re going to piss off so many people no matter what you do.”

The way fans reacted negatively in force against Rian Johnson and Star Wars: The Last Jedi, which remains the lowest point for any fandom in recent memory, seriously soured Sandberg on adapting a perennial property.

“Seeing how people react to things like The Last Jedi makes me want to stay away from things like that,” he added. “Shazam! was perfect in that there hadn’t been that many adaptations before. There are still people who think it was done wrong, but it was on a manageable level.” 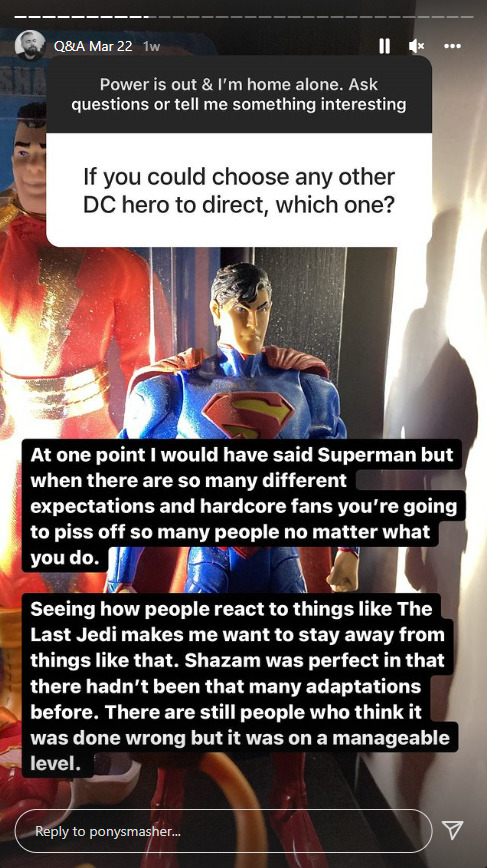 Not everyone is going to like Shazam but more will probably embrace it over J.J. Abrams’s Star Wars trilogy. Man of Steel had its detractors too but it introduced us to Henry Cavill as Superman and arguably there’s nobody who wants anything less than seeing him back in the cape for a proper sequel.

Not only did Sandberg reveal he has no plans on directing a Superman film, he also indicated he would not direct a Justice League film.

When asked if he would direct a new Justice League, Sandberg replied, “I think that would be too big for me. Too much expectations as well.” 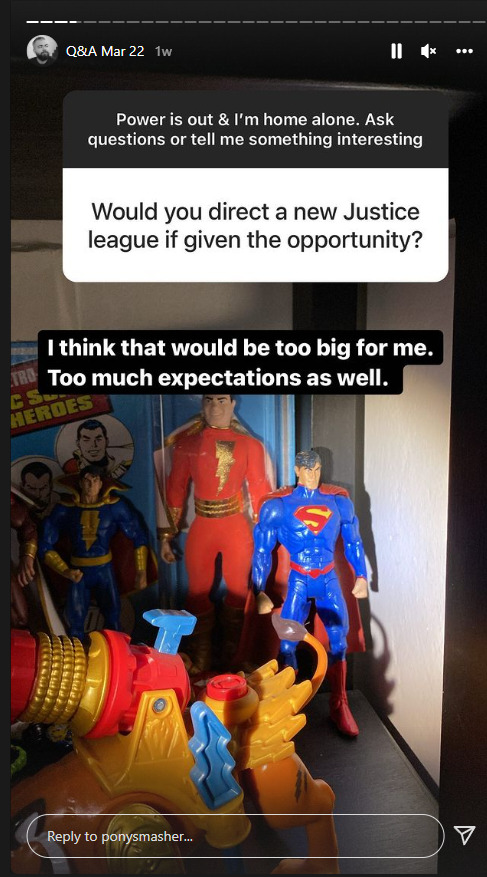 The Abrams and DC Films’ attempt to redirect the franchise with a standalone story about a Superman of color is pretty much dead while Snyderverse appears poised for a comeback.

In the latest controversial rumors, The Flash might force the new Warner Bros. regime to move on without Cavill but the film is not debuting this year and may undergo reshoots that flip its whole script – saving characters slated for doom and swapping others (Barry) with a new actor (Grant Gustin).

It’s also been said on numerous occasions the last few years Cavill will play Superman again in the Shazam family of movies starting in Black Adam 2 and that Dwayne Johnson is pulling for this. The desires of Johnson, the superstar that he is, may invariably supersede any plans or reservations regarding Cavill’s Man of Steel.

Shazam: Fury of the Gods comes out later this year during the holidays two months after Black Adam which is out in October. Cavill’s likelihood of appearing in either one is slim and that he won’t be in Fury of the Gods is a foregone conclusion by most accounts. 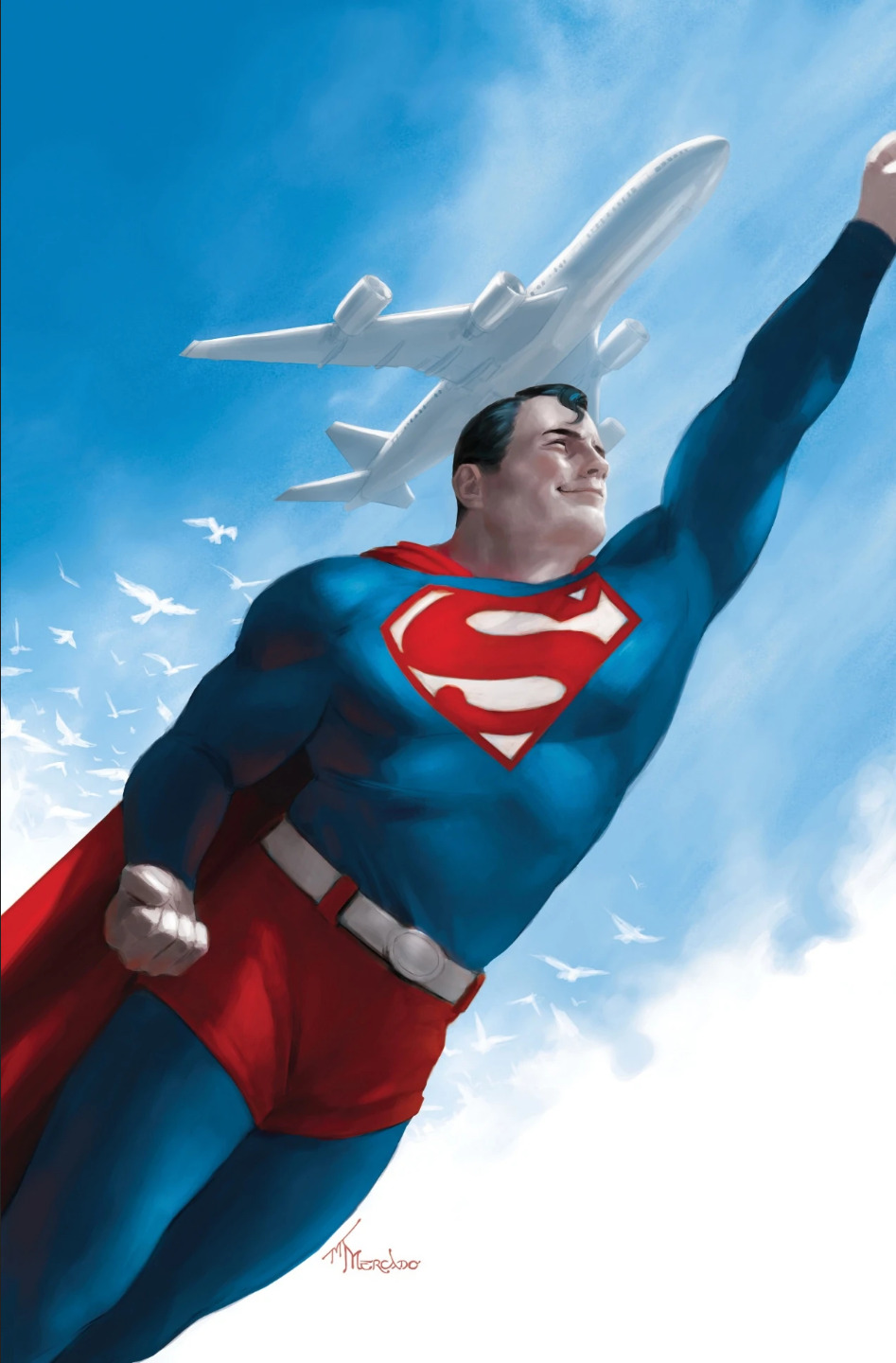 That doesn’t mean he is out altogether, however. Comment below if you are still hopeful the cape is his and if you have thoughts on David Sandberg’s remarks.

NEXT: Rumor: Zachary Levi To Appear As Shazam In The Flash