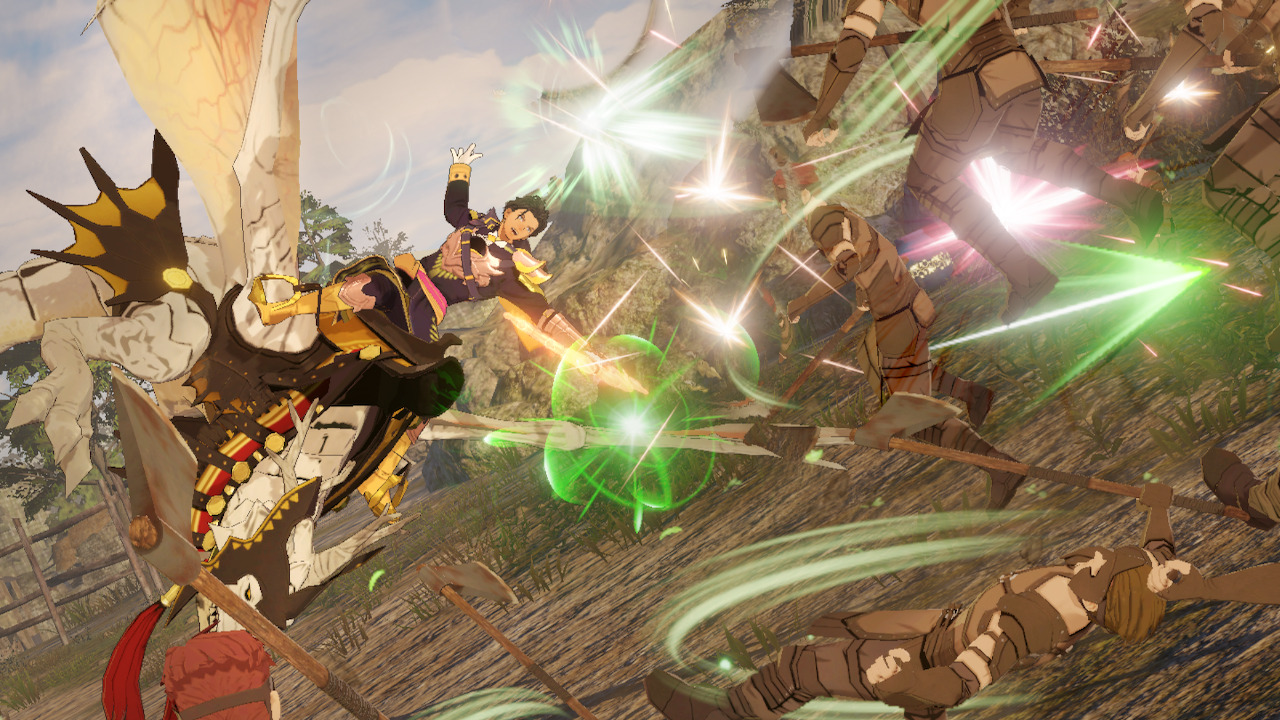 The announcement trailer during the February Nintendo Direct never showed gameplay footage of Three Houses’ protagonist Byleth, and only the purple-haired boy that was assumed to be an antagonist.

Instead, the new Fire Emblem Warriors: Three Hopes trailer makes it abundantly clear that the purple haired boy- or girl- will be the main character, while Byleth will be your enemy.

Controlling Shez, once again players are tasked with choosing a side in the conflict between Fódlan’s three nations. Edelgard of the Adrestian Empire, Dimitri of the Holy Kingdom of Faerghus, or Claude of the Leicester Alliance.

Unlike Three Houses, events seem to take place across their youth and prior to the second half of Fire Emblem: Three Houses’ story. Shez promises to be “a mercenary who was meant to fade into the waves of history,” whose presence seems to have altered the course of Fódlan’s destiny. 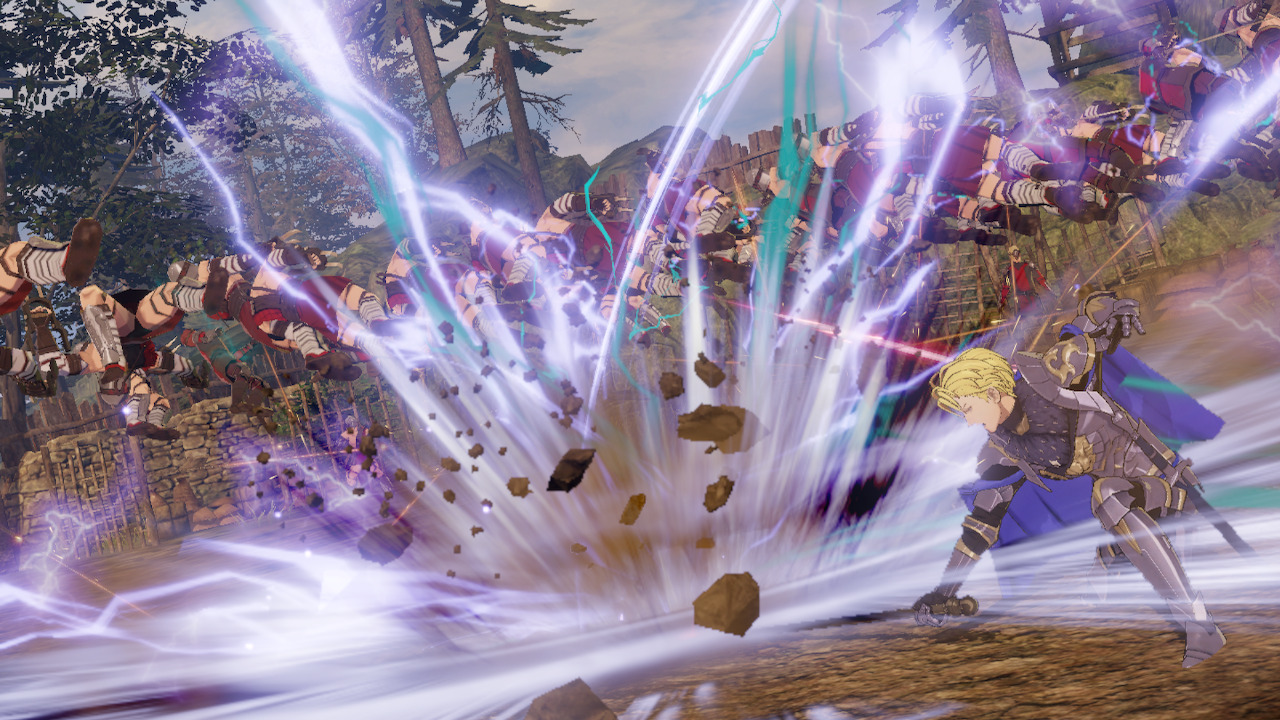 He, or potentially she, also appears to be allied with a strange white-haired girl, who may serve a similar role Sothis did for Byleth. Along with Shez, Edelgard, Dimitri, and Claude, players can also command Hubert, Dedue, and Hilda.

Other characters shown include Lorenz and Mercedes. NPC Monica also appears to be a unit the player can command and acts as a mage. 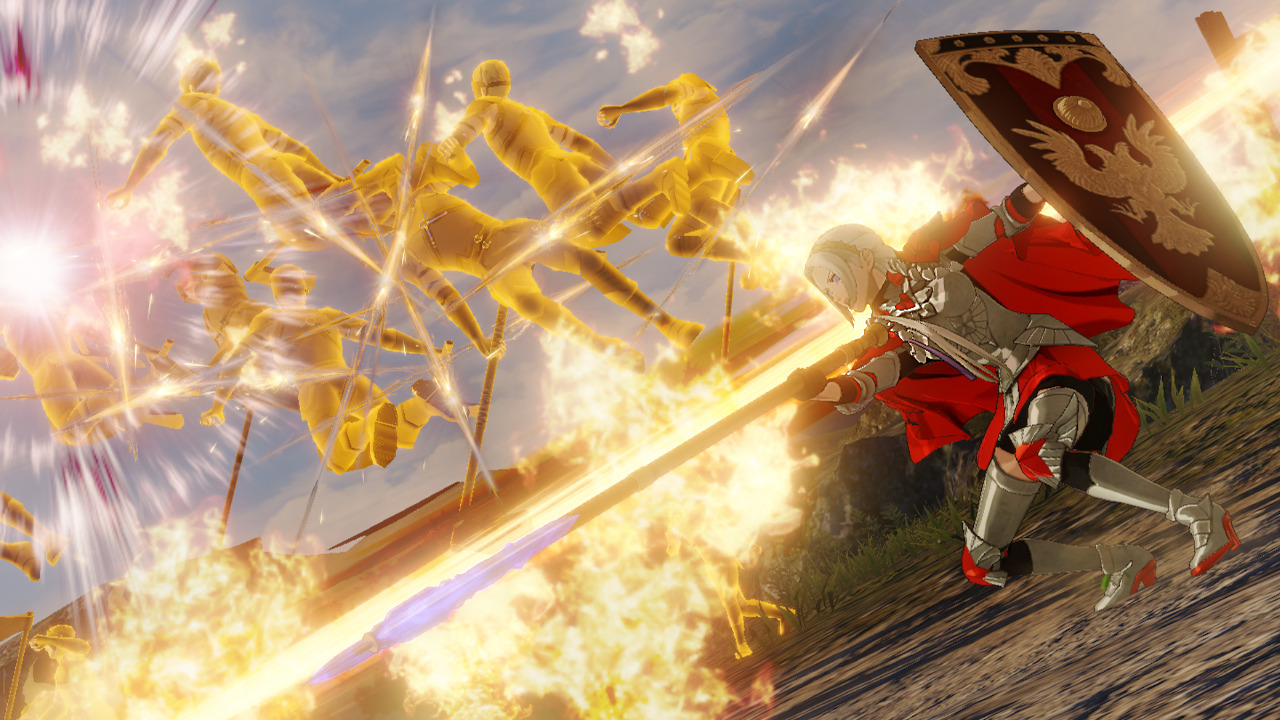 Characters will be able to equip Combat Arts and spells to use in battle, as well as unleashing powerful special attacks. Battalions also return from Three Houses, seemingly only offering passive bonuses this time around (such as resistance to specific attack types). 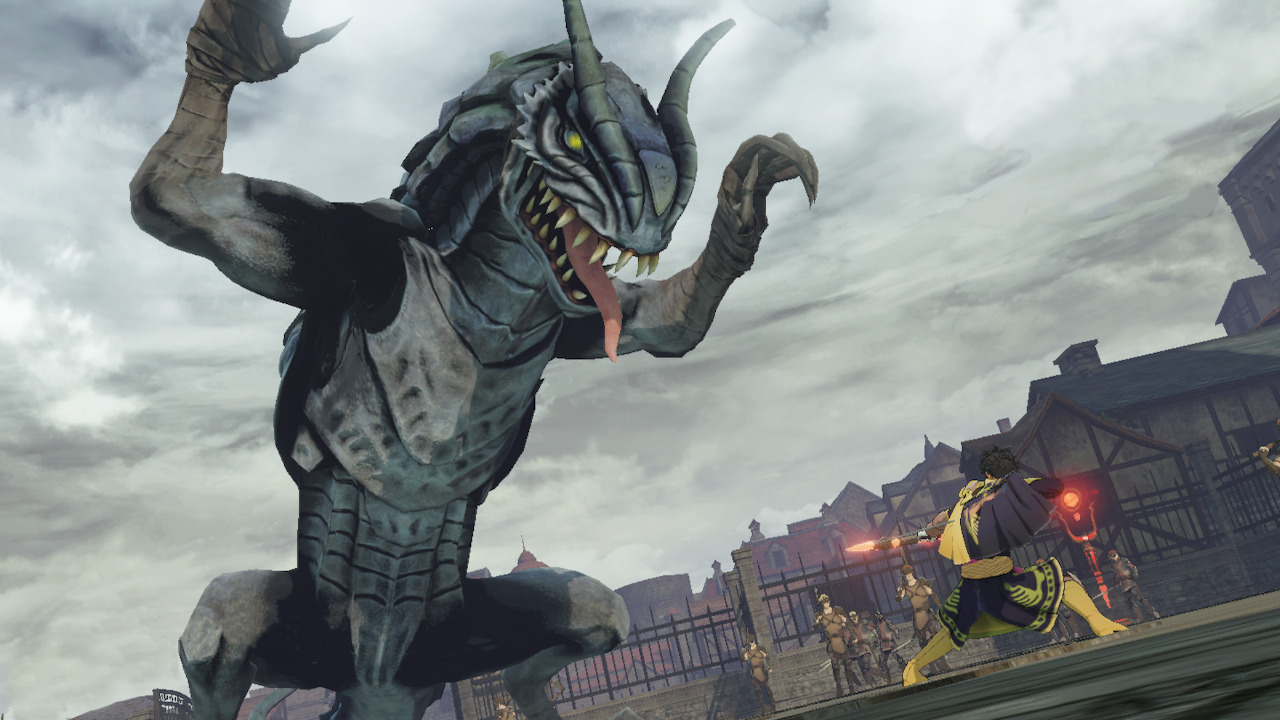 There also appears to be new Heroes Relics- mighty weapons that could only be wielded by some of the game’s characters without side-effects. While Shez appears to be wielding some new sword Relic, Edlegard is shown wielding a new Relic axe dubbed Labraunda, rather than her typical Aymr.

Players will be able to order units they are not controlling, allowing them to hold down areas to protect them from invasion, take opposing bases, or heal allies and themselves. The Adjutant system also returns, allowing a playable character to “equip” another. In Fire Emblem Warriors: Three Houses,  this means the character can appear out of thin air to perform a Combat Art, block an attack, or activate a “Partner Special” for an even more devastating blow.

Players are also able to explore their camp- much as they could in the Monastery in Three Houses- and train with allies. The training not only helps them master their class quicker, but also improves your relationship with them, granting other bonuses. Shez is also capable of taking on other classes- such as Swordmaster, Mage, and Cavalier. Shez himself also has access to the new “Fluegel” class (German for wing), that can seemingly dual-wield swords. While Claude is shown both on foot and riding a Wyvern, class changes for other characters were not explicitly confirmed.

Finally, the new trailer appears to show the return of what could be Group Tasks and cooking. The “P2 Can Join!” message at the top right of some gameplay also suggests hop-in local co-op. Fire Emblem Warriors: Three Hopes is set to launch June 24th on Nintendo Switch. Are you looking forward to it? Let us know on social media and in the comments below.