A recent set of leaks have allegedly revealed Nintendo’s upcoming plans to add emulators for the Game Boy and Game Boy Advance to their Nintendo Switch Online service. 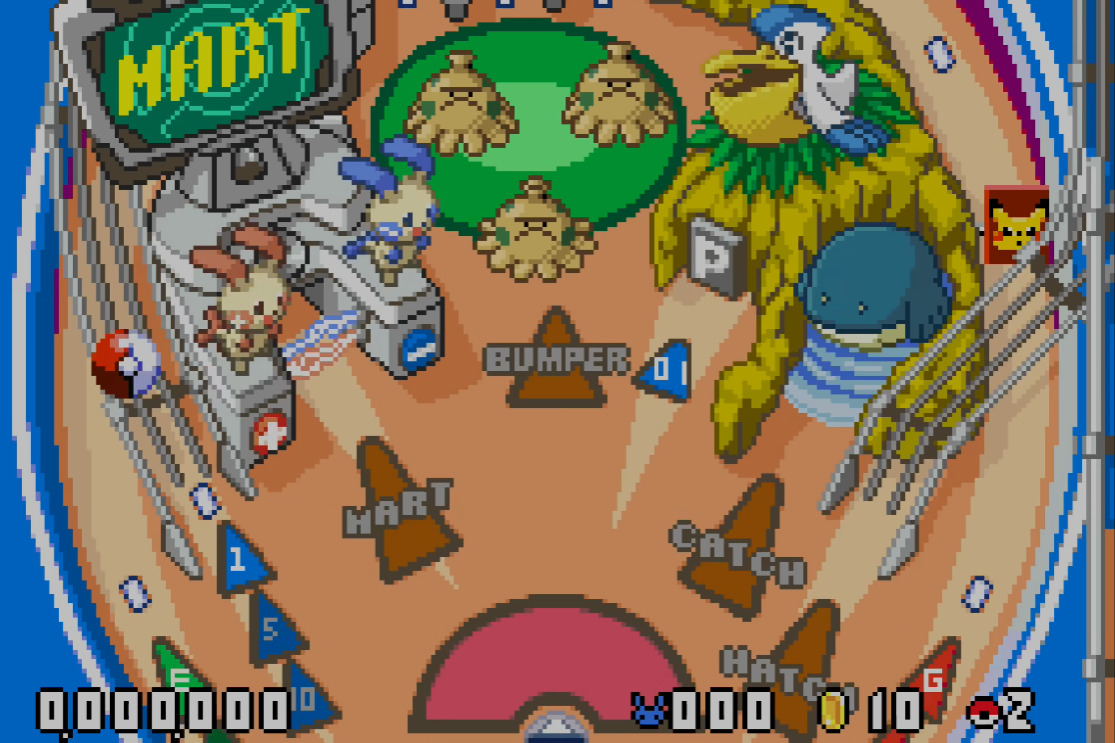 Rumors that the the Nintendo Switch Online subscription service was planning to add Game Boy and Game Boy Advance games to its catalog of offerings first began in late 2021, courtesy of YouTuber Nate the Hate.

The next month, both EuroGamer and Nintendo Life fueled the fires of speculation by reporting that they had spoken to sources who could corroborate Nate’s claims. 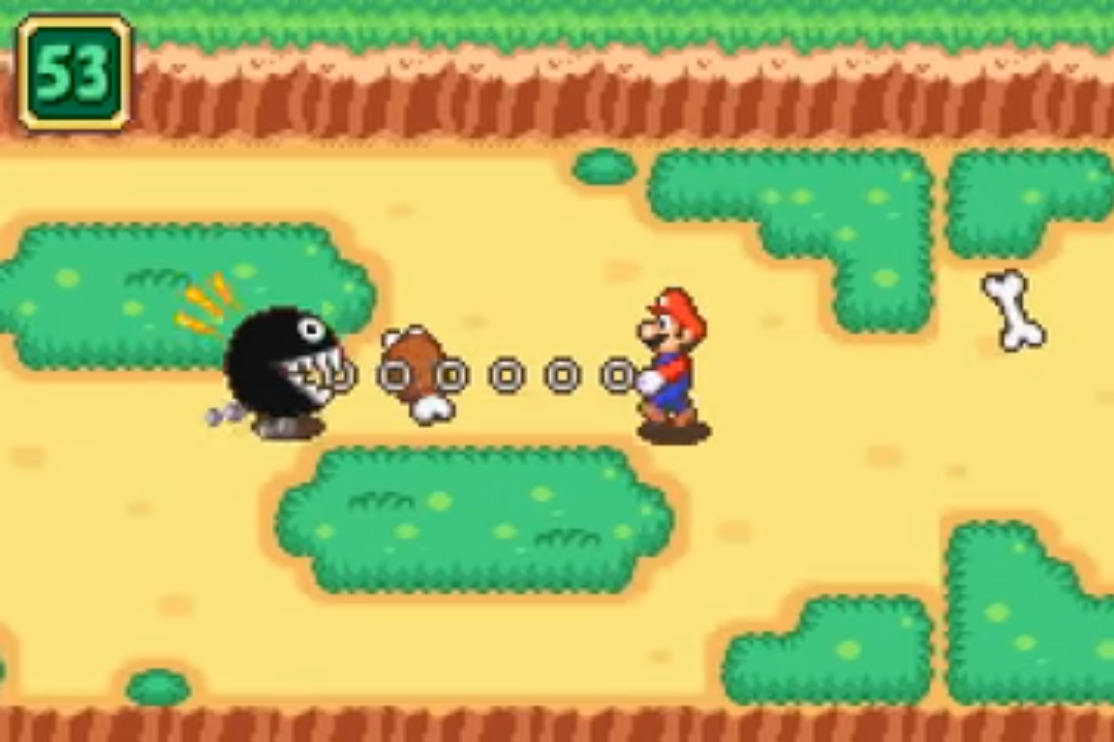 Though reports vary as to where the data originally leaked, the information was brought to widespread attention by Twitter user @trashbandatcoot, who shared alleged screenshots of the Game Boy Advance emulator developer console running on the Nintendo Switch operating system. 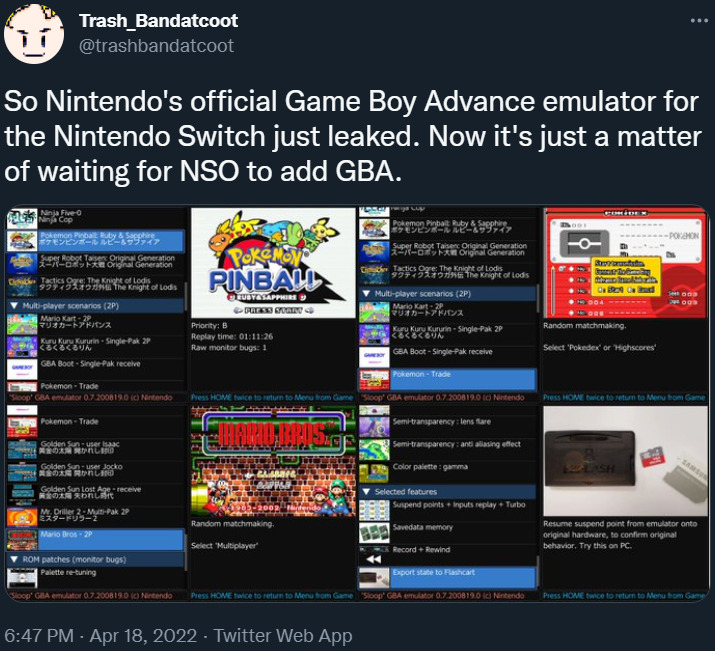 In a screenshot accompanying @trashbandatcoot’s tweet, a selection of games including Ninja Five-0, Pokemon Pinball: Ruby & Sapphire, Super Robot Taisen: Original Generation, and Tactics Ogre: The Knight of Londis can be seen as playable titles for the GBA emulator.

References to “Multi-player scenarios (2P)” for titles such as Mario Kart, Kuru Kuru Kururin, Mario Bros., Mr. Driller 2, and “Pokemon – Trade” can also be seen, along with technical data for Golden Sun: regarding user profiles, graphical effects, save states, and an option to “Export state to Flashcart.” 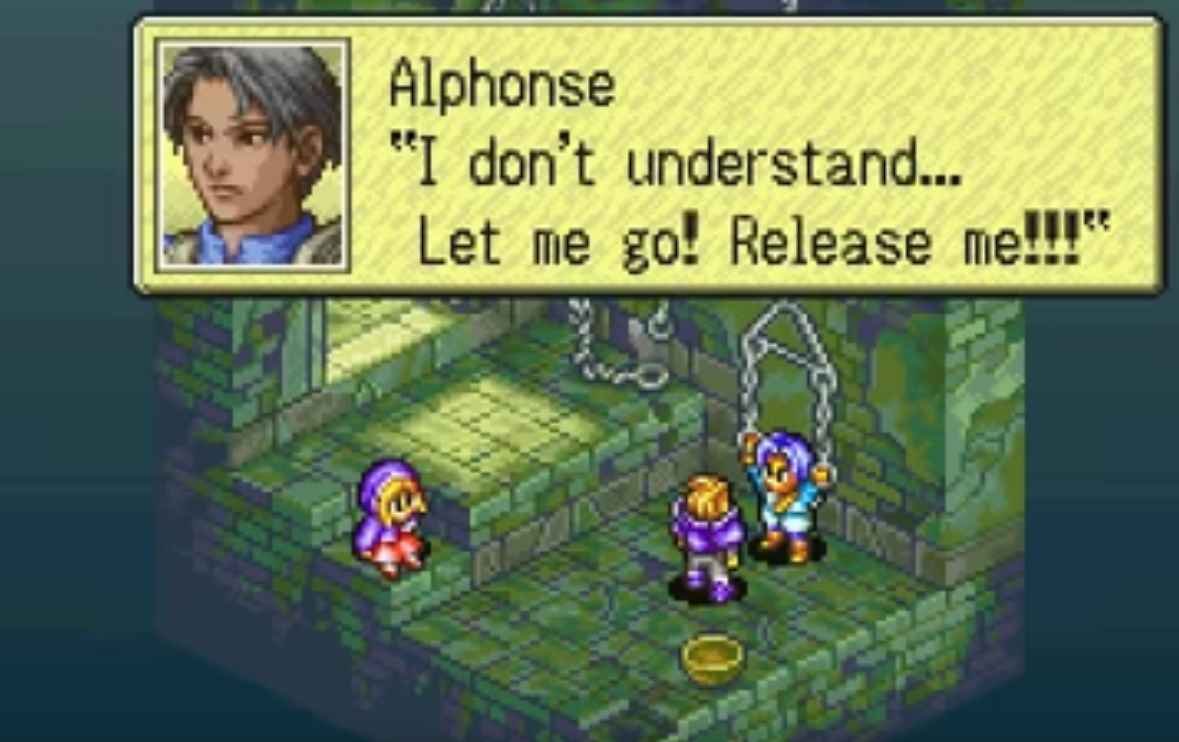 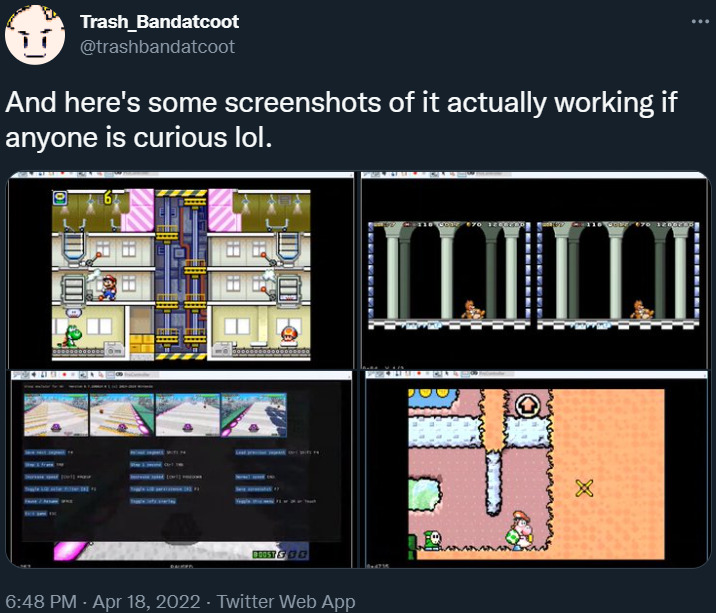 Sharing his own findings from the alleged data, fellow Twitter user @Mondo_Mega followed up @trashbandacoot’s initial reveal with a purported list of the games set to be offered for the emulator.

“The library of GBA games they’ve tested for this thing is massive,” he wrote. “Tested is the key word; doesn’t mean they’ll all actually launch on the service.” 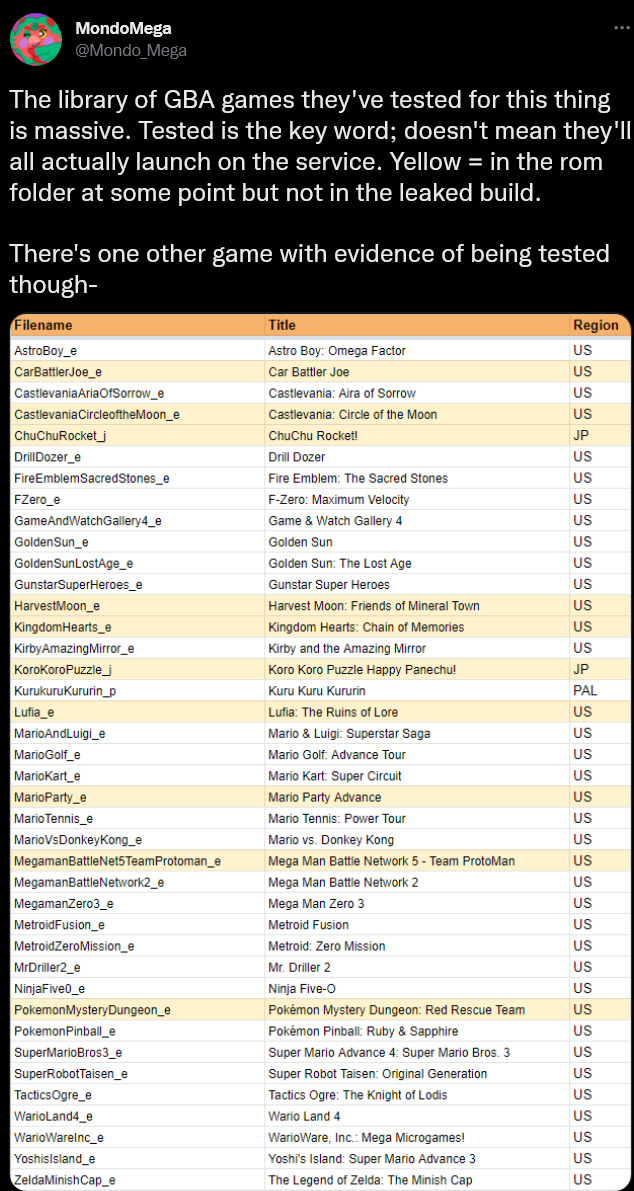 According to his list, the games that have supposedly been tested include: 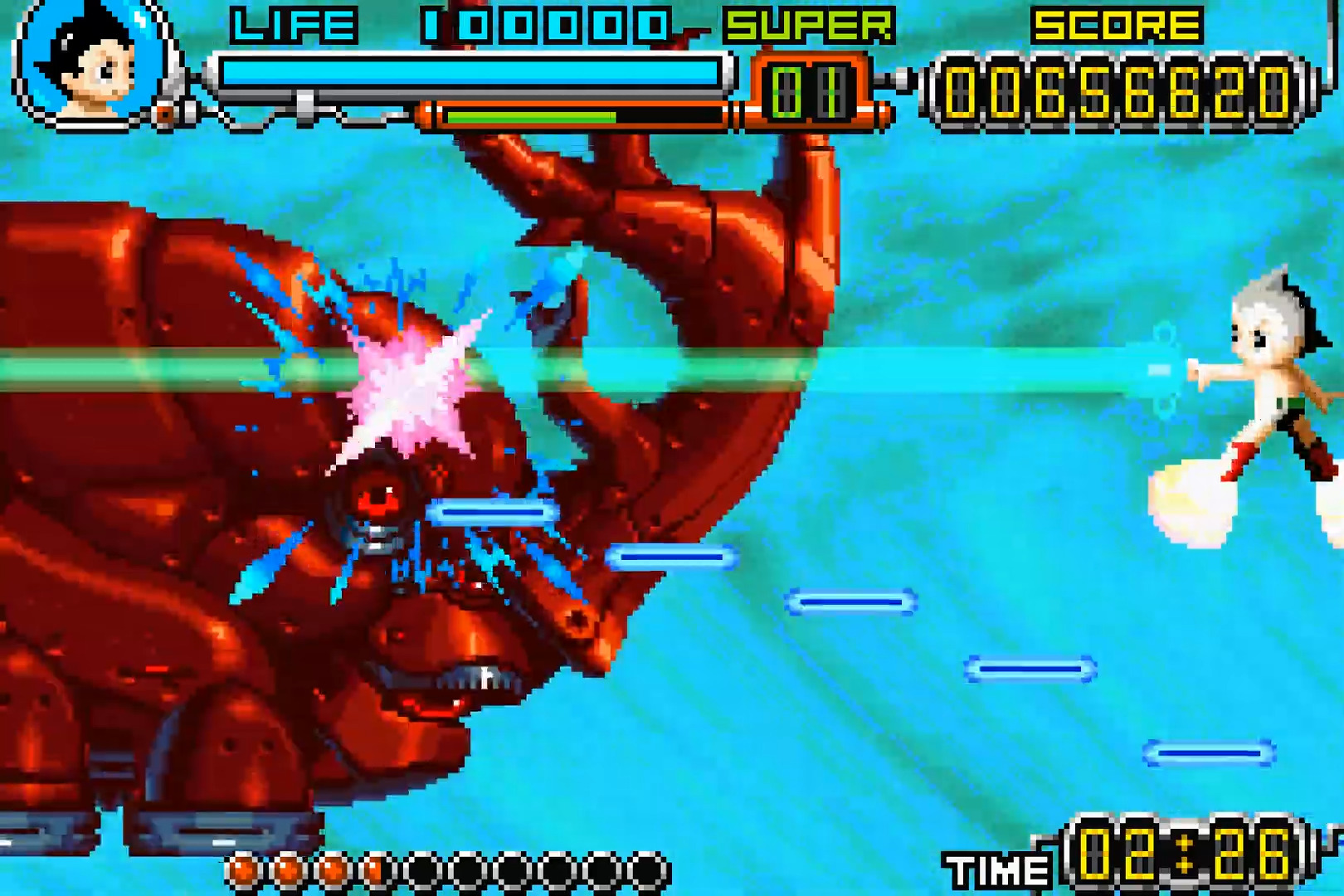 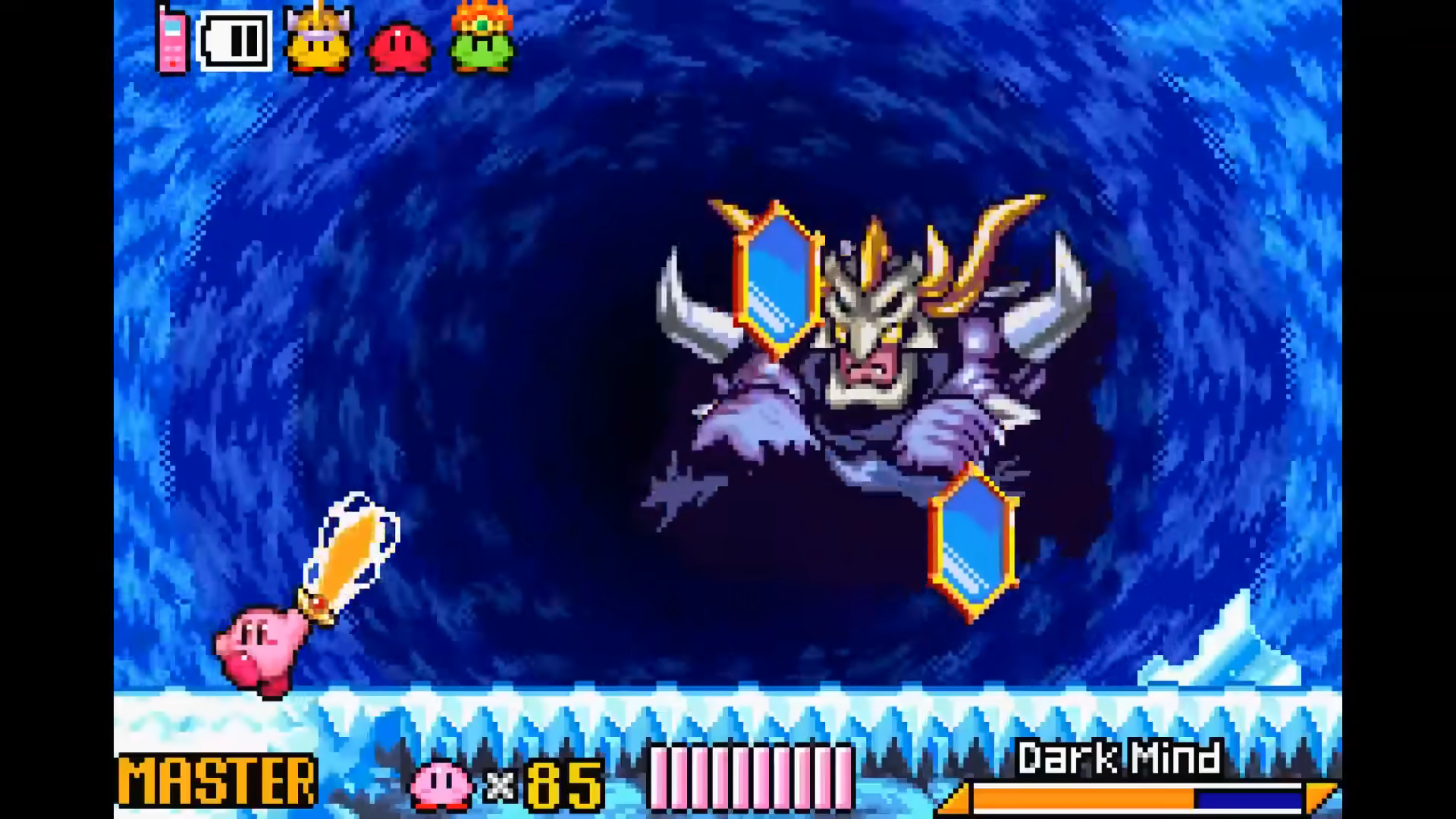 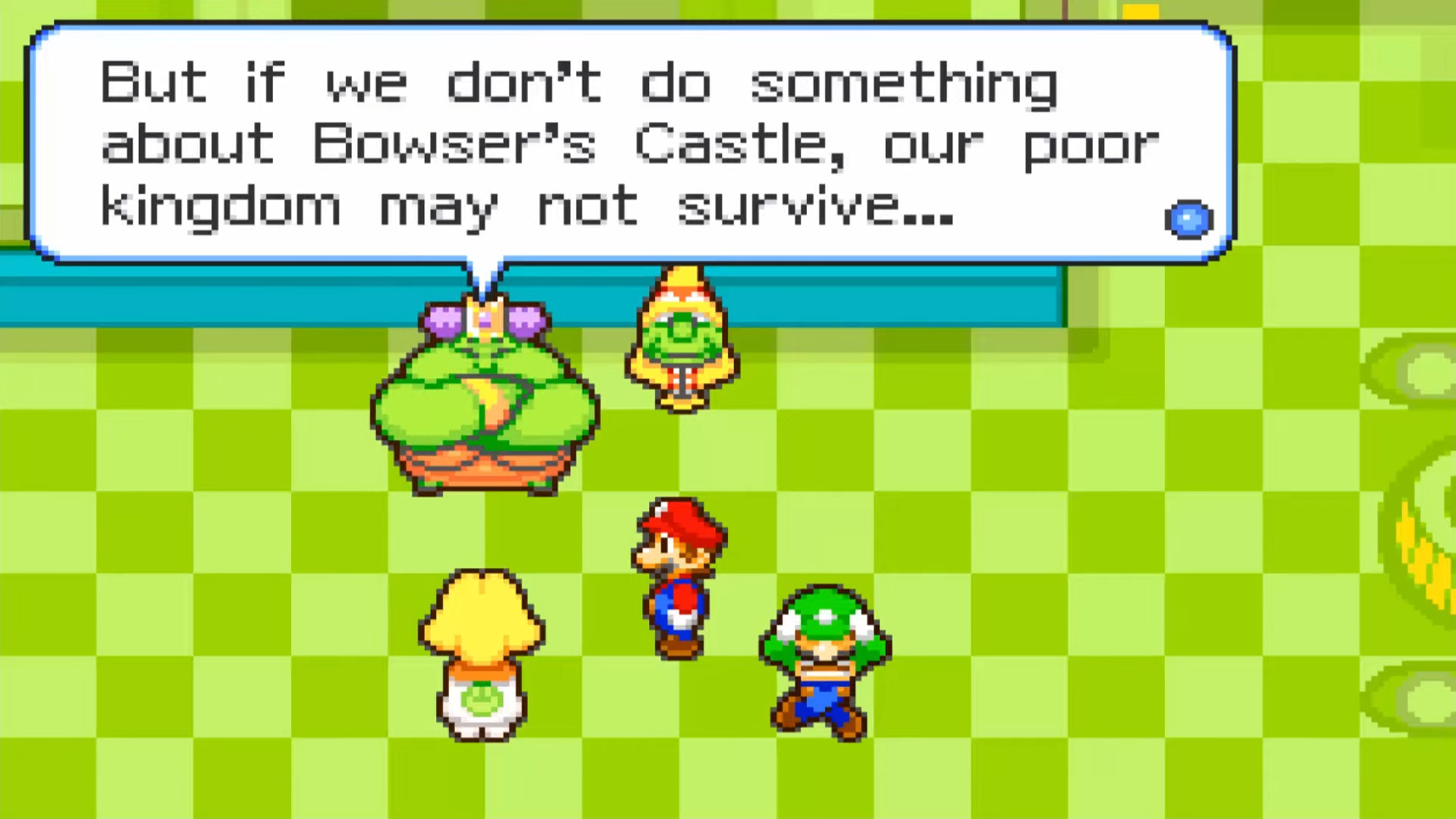 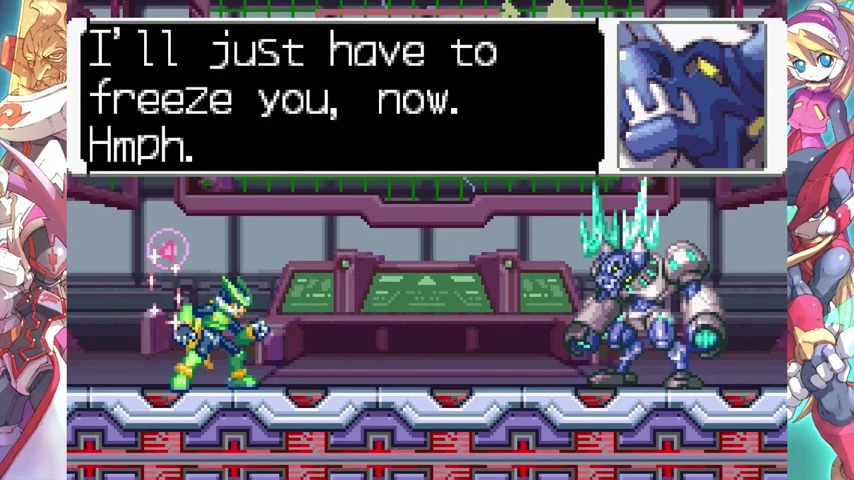 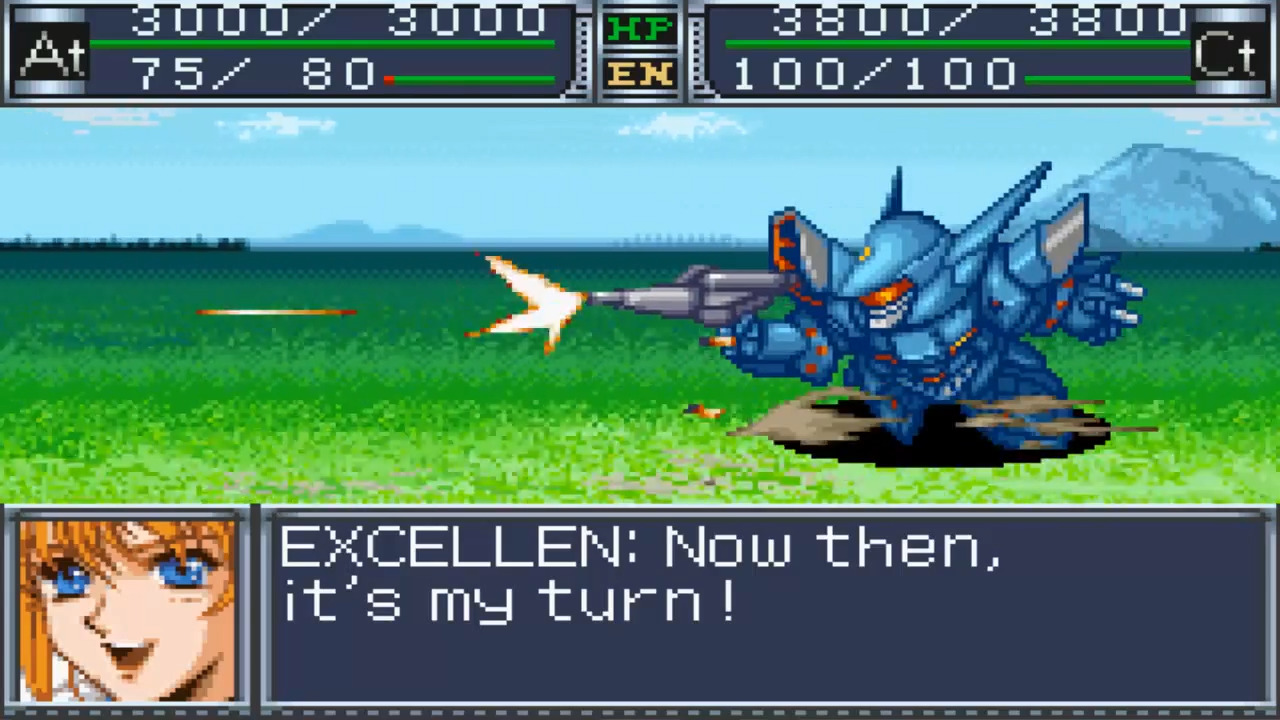 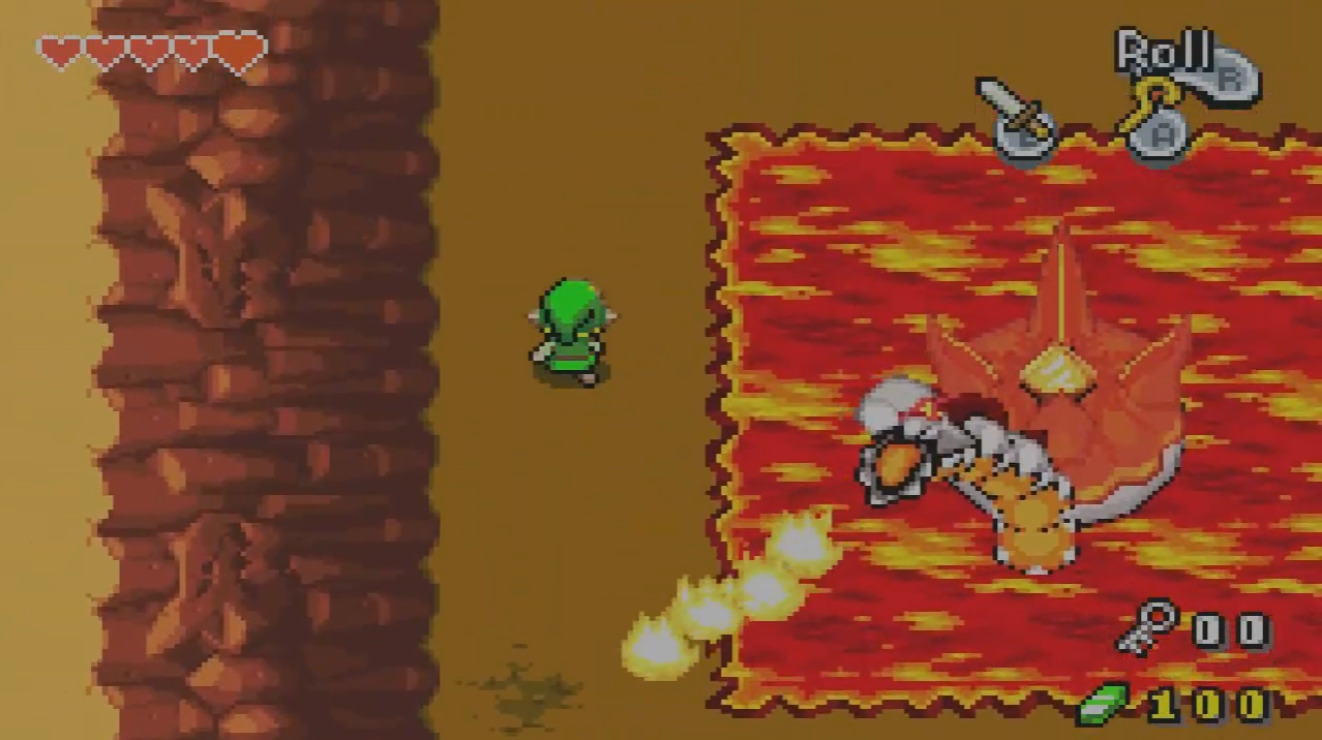 Source: The Legend of Zelda: The Minish Cap (2004), Nintendo

Further, @Mondo_Mega offered an additional set of games that were purported to have been “in the rom folder at some point but not in the leaked build,” such as: 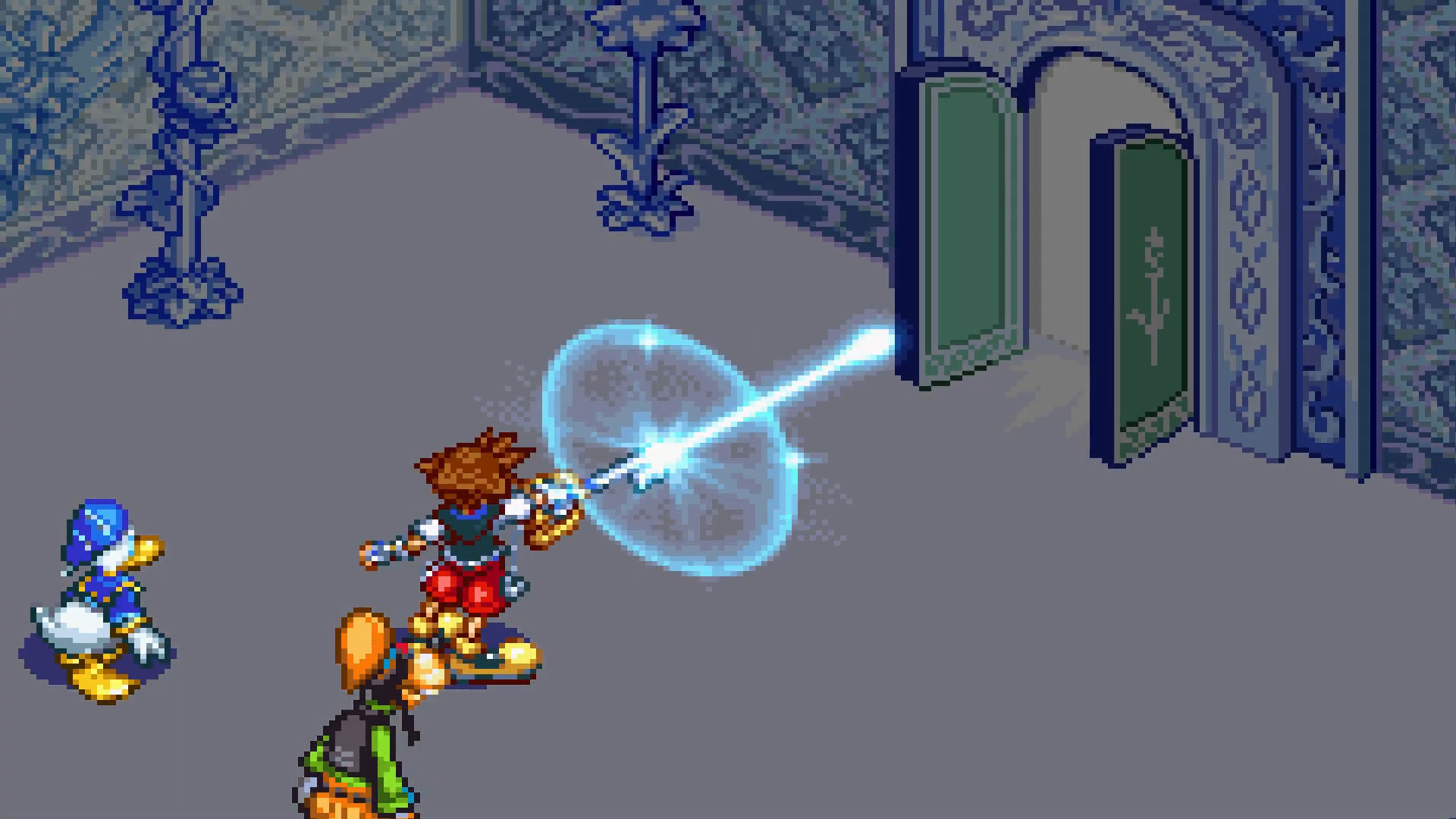 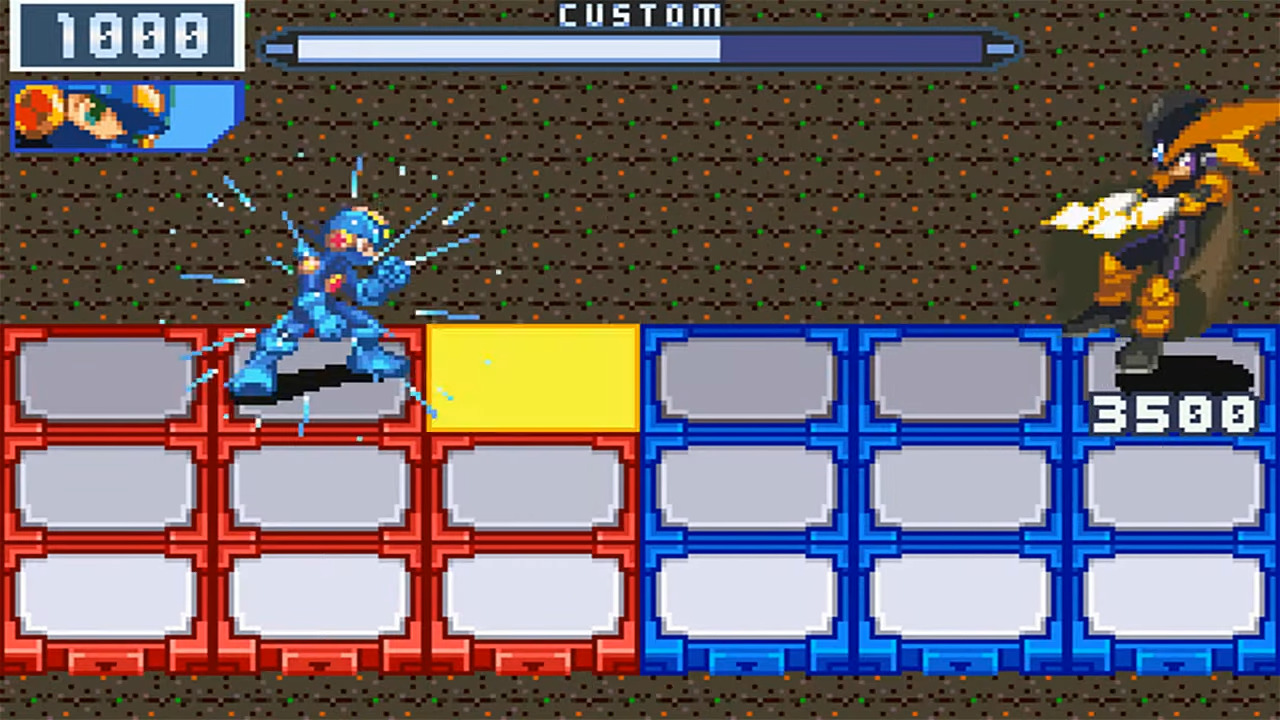 Teasing one more game, @Mondo_Mega added, “There’s one other game with evidence of being tested though. There are multiple screenshots of different berry tag screens from Pokemon Ruby / Sapphire / Emerald saved in the emulator; most likely taken during link cable emulation testing.” 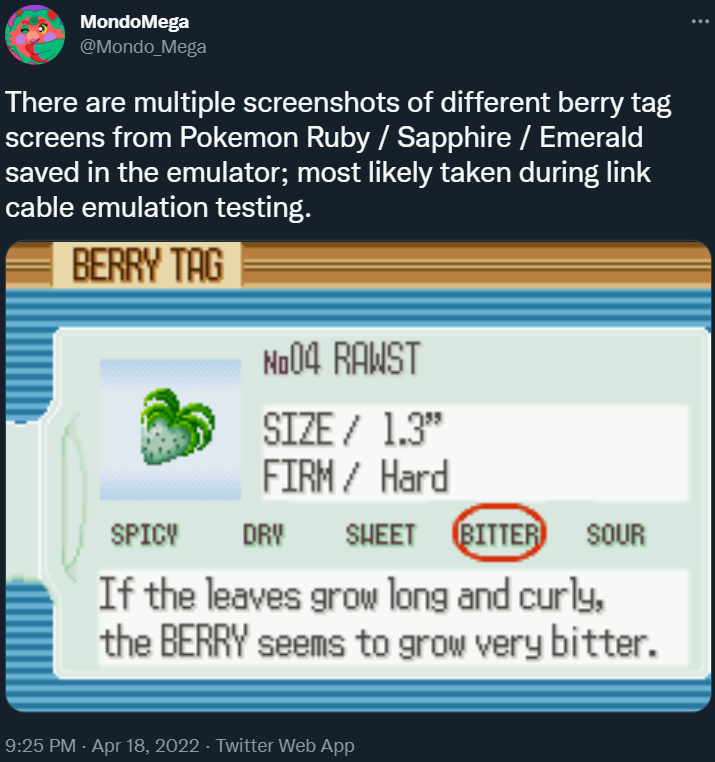 “Each game is a separate app and there’s only four of them,” he stated, listing out “Super Mario Land, Link’s Awakening DX, Tetris, and Qix.” 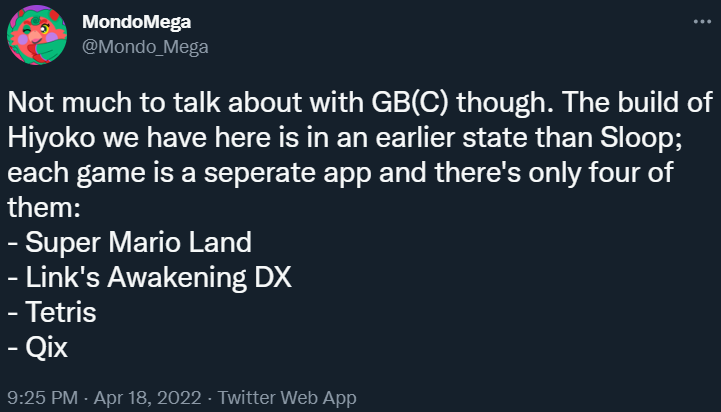 RELATED: From Fire Emblem Warriors: Three Hopes To Xenoblade Chronicles 3, Here Are All The New Announcements From February’s Nintendo Direct

Offering insight into the alleged leaks, dataminer and contributor to the Dolphin GameCube and Wii emulator @OatmealDome – who first discovered the Hiyoko emulator was in development for the Switch over three years ago – tweeted, “[Hiyoko] The Game Boy emulator is very early in-dev.”

@OatmealDome claims. “Each game is shipped as its own app and has the same icon (shown below),” he added. “It appears to have netplay support for link cables, with each Switch emulating two Game Boys at the same time and simulating a Link Cable between them.” 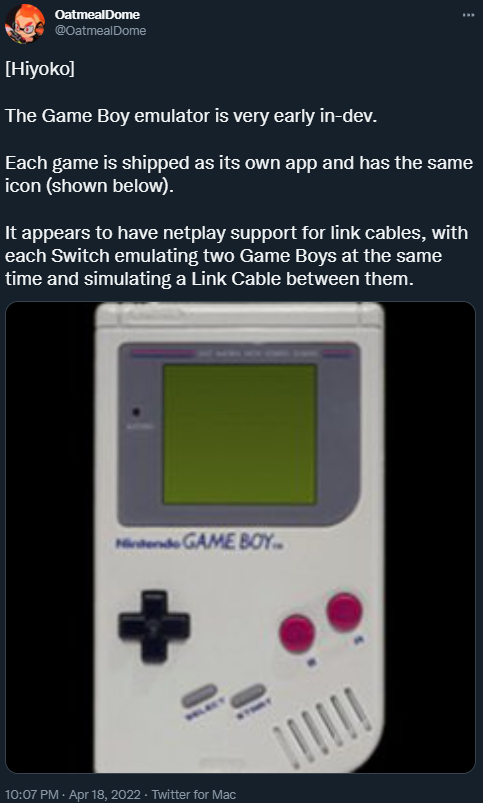 He further explained, “Interestingly, while it does have netplay support, it doesn’t use any of the usual Nintendo network libraries (NEX, pia). Possibly a custom server [being used] for testing. The SDK used is also very old (v6.4.0, circa 2018!), indicating that this is likely a really old build!”

Speaking to the GBA emulator, @OatmealDome then noted that “traces left behind in the code appear to indicate that the GBA emulator is being co-developed by Nintendo Europe Research and Development (NERD) and Panasonic Vietnam,” elaborating, “NERD was responsible for emulation in Super Mario 3D All Stars, NSO, and the Mini consoles”. 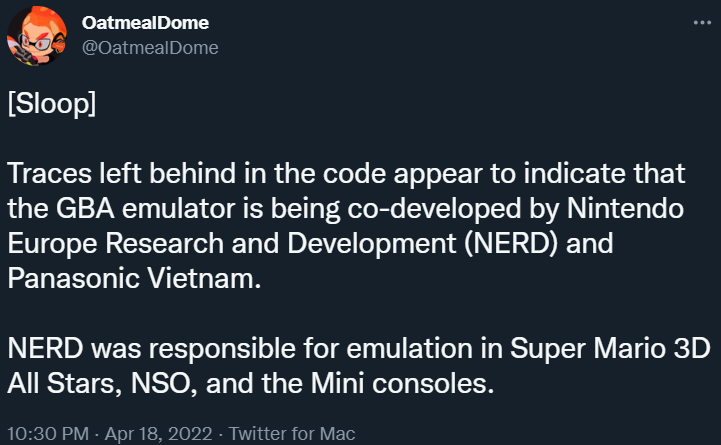 Claiming to have further evidence to support the emulators’ existence, Pokemon-centric dataminer @pory_leeks shared a video allegedly depicting both Hiyoko and Sloop running on a personal Switch console.

However, despite these purported screenshots and videos, some had their doubts.

@ModernVintageG, a developer at Night Dive Studios, highlighted, “Nintendo internally acknowledging EZFlash cartridges make this leak feel off to me. I don’t think Nintendo developed it at all if it’s real.” 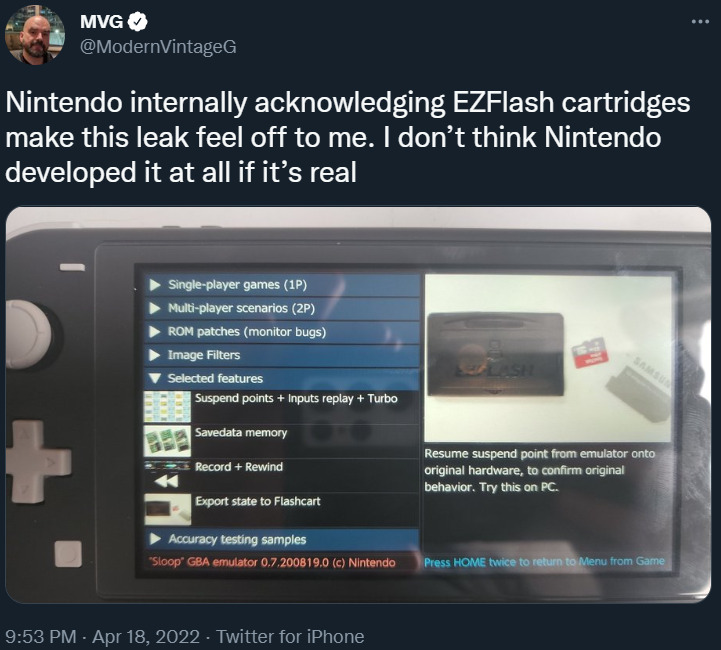 What do you think of the claims? Do you like the titles rumored to be on offer? Let us know what you think on social media and in the comments below.