Actress Andie MacDowell is a Hollywood veteran who has been acting in film since 1984. But after almost 40 years of working in front of a camera, the actress recalls the onset accident that led to a near mental breakdown…seeing a room full of men. 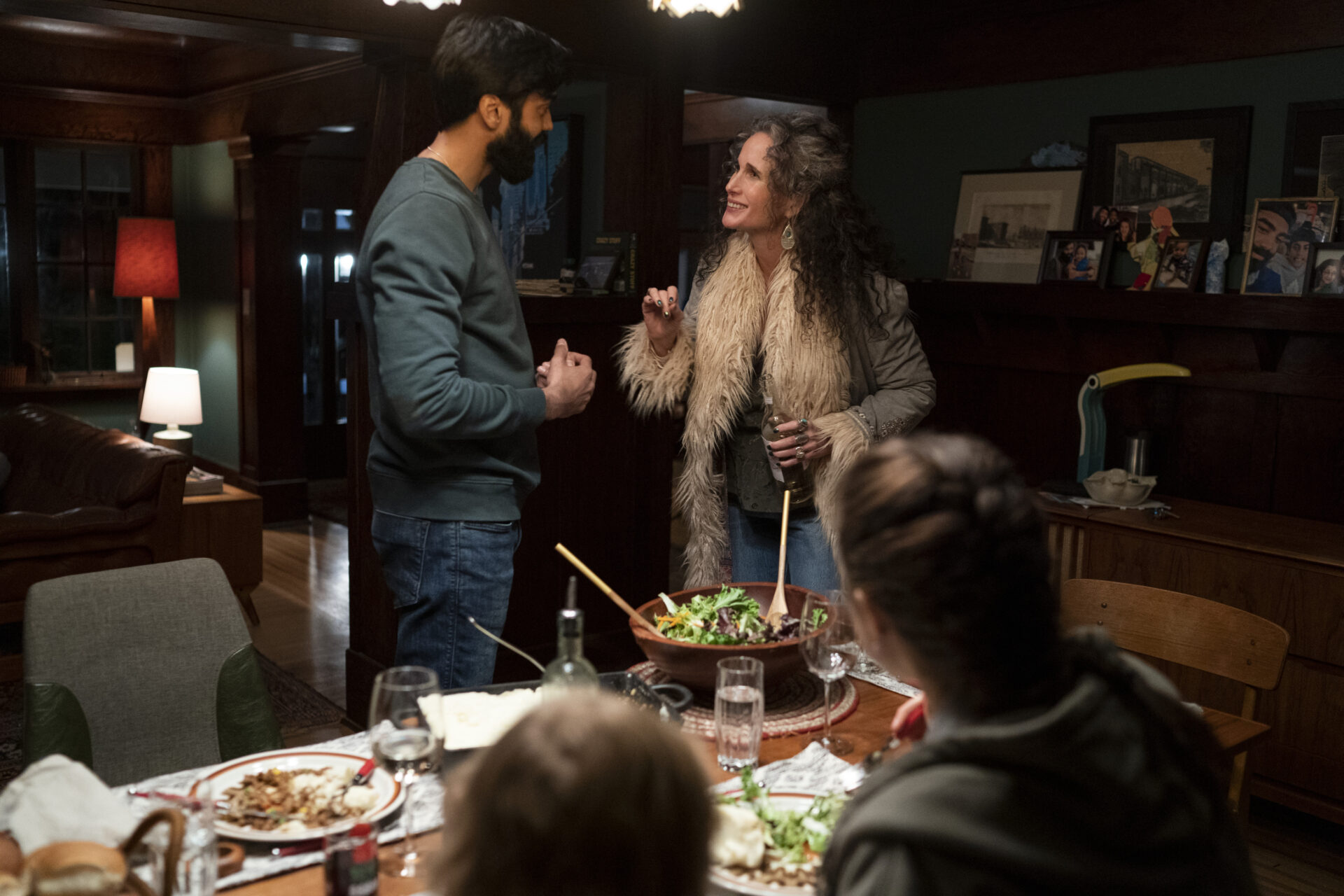 MAID (L to R) RAYMOND ABLACK as NATE and ANDIE MACDOWELL as PAULA in episode 107 of MAID Cr. RICARDO HUBBS/NETFLIX © 2021

MacDowell revealed to Marie Claire that she suffered a panic attack on a set of a film in late 2016 after noticing the production cast and crew were populated entirely by men and she blames the breakdown on Donald Trump’s election.

The actress known for her roles in films such as “Groundhog Day” and “Four Weddings and a Funeral” said the panic attack occurred shortly after Donald Trump got elected president by defeating Democrat challenger Hillary Clinton. 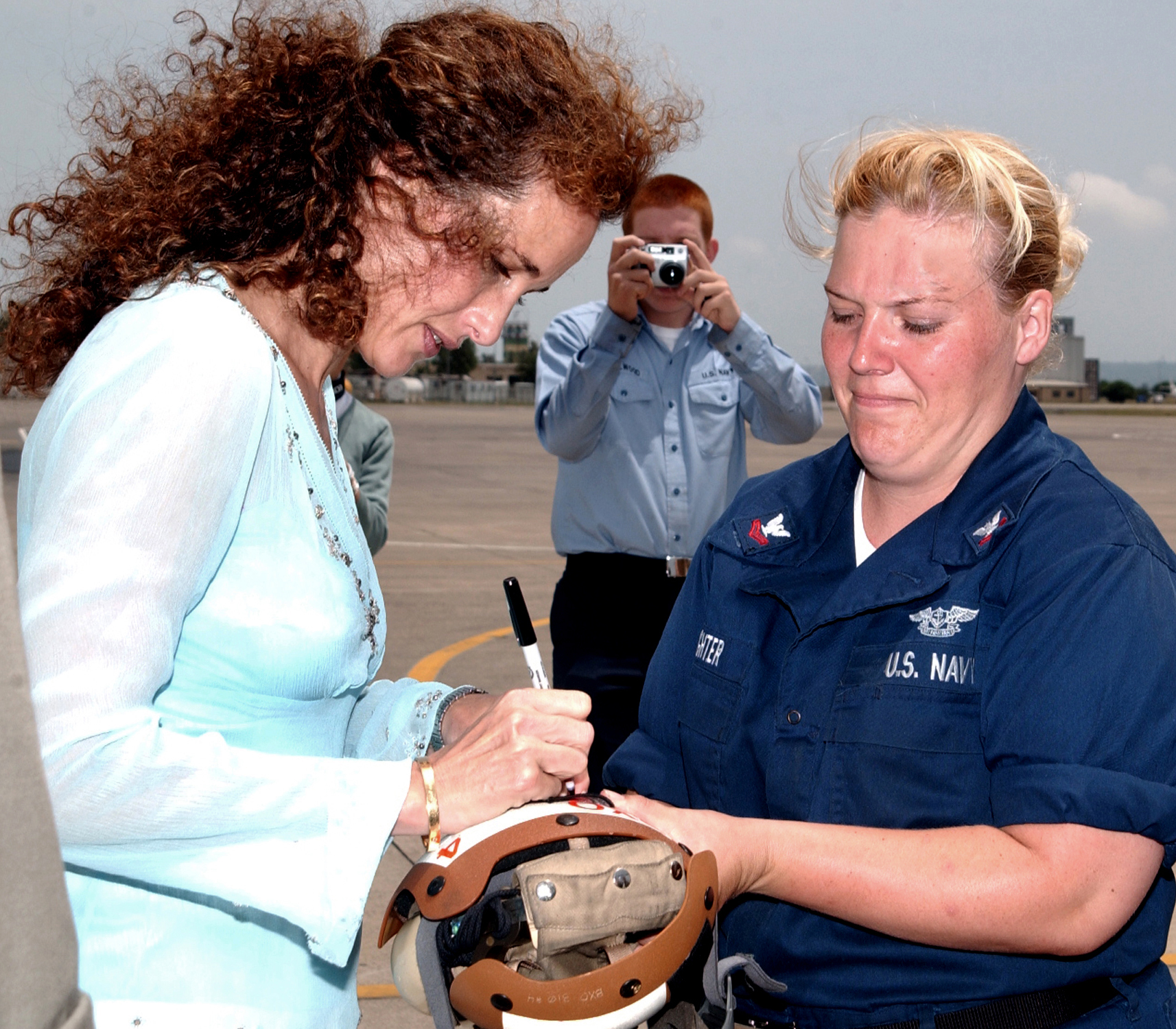 “I had this kind of crazy experience, right after Trump got elected. I was really disturbed that nobody seemed to care about the vagina-grabbing comment,” MacDowell explained.

“I had gotten really sad. I went to do a job, a day’s work, and I had my very first panic attack. I was getting ready to shoot something, and I turn around and it was, like, a roomful of men. Like, a sea of men. It flashed on something that was personal for me. And I dropped to my knees.” she said.

MacDowell continued, “I left the room, and went into this fake bathroom on the set, and looked at myself in the mirror and said, ‘Get your s*** together.’ It just freaked me out, not seeing any other women.” 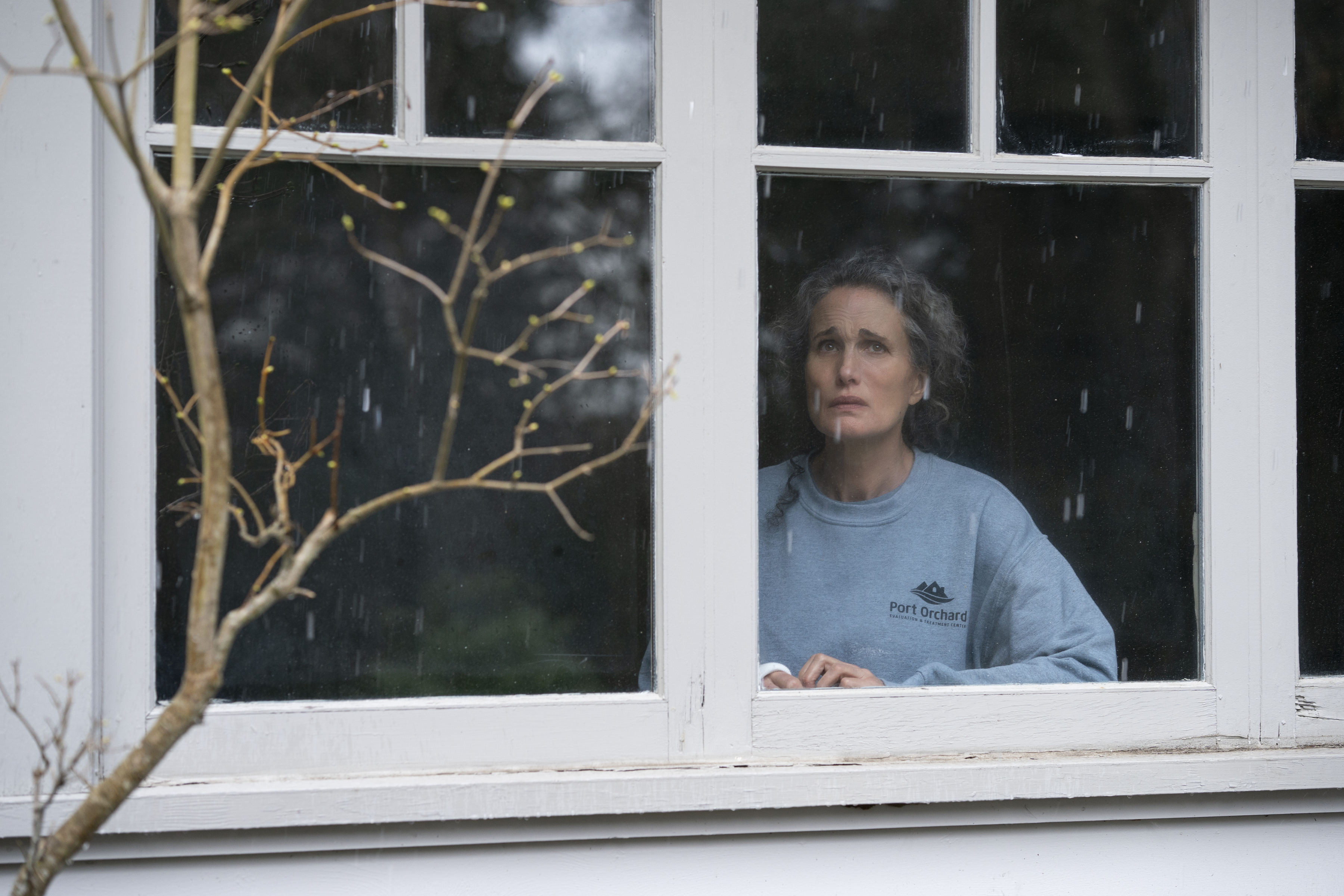 She went on to explain how she doesn’t have anything against men, she just looks for comfort among other women.

“It’s not that I have anything against men. I don’t! I just don’t like big groups of them. Since then, I’ve become very conscious of looking around and finding the women on set. For comfort.” 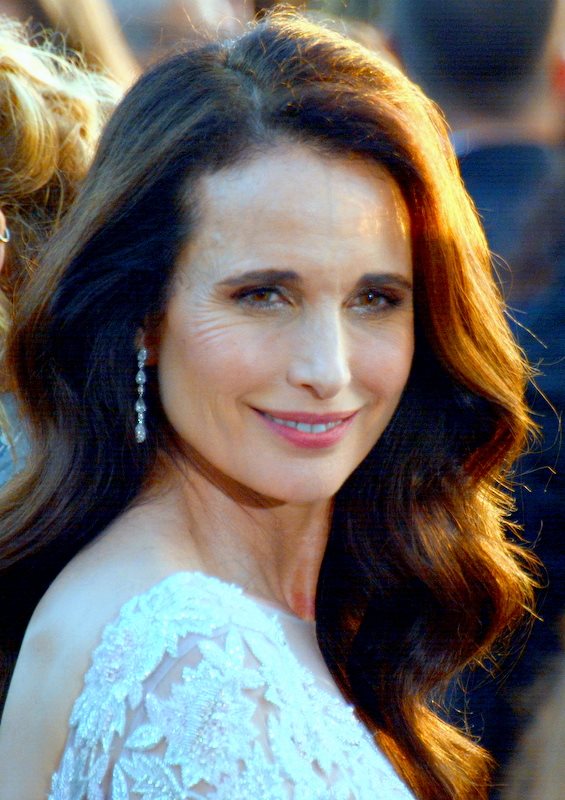 MacDowell did not name the movie or TV series she was working on in late 2016 that caused her panic attack. She did appear as Bertie Geiss on the TV show Model Woman in 2016.

In 2017, she also appeared as Suzanne in the film Love After Love. Other films that she appeared in 2017 included At Home in Mitford, Only the Brave, and Christmas Inheritance. She appeared in Paper Year and The Beach House in 2018. 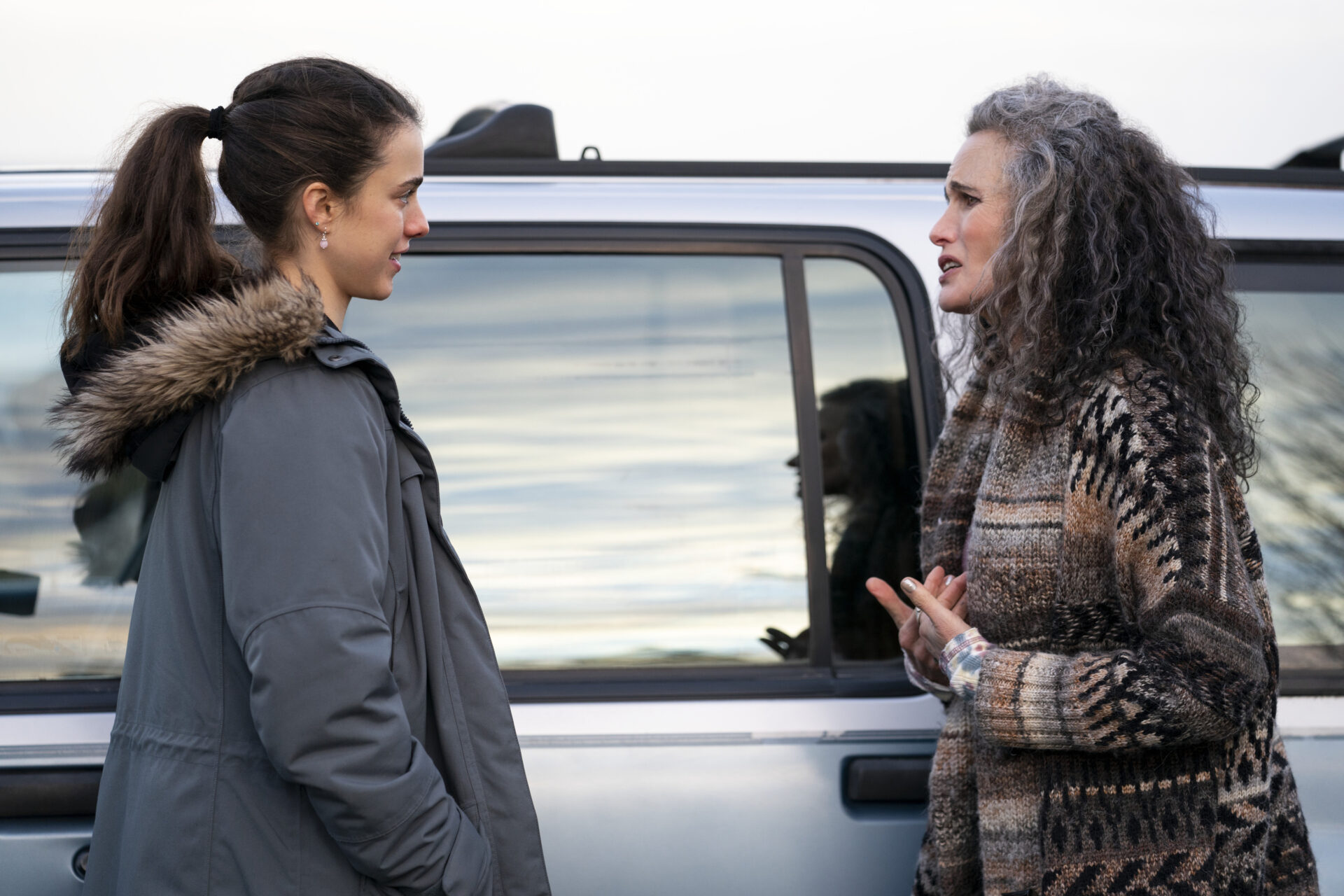 MAID (L to R) MARGARET QUALLEY as ALEX and ANDIE MACDOWELL as PAULA in episode 106 of MAID Cr. RICARDO HUBBS/NETFLIX © 2021

MacDowell added that since this life alternating event of being in a room with too many men, there has been a visible difference in the way films are produced since the start of the #MeToo movement that begin a year after Trump’s election.

“MeToo has been interesting, you do see the difference on set. There are a lot more women” she said. 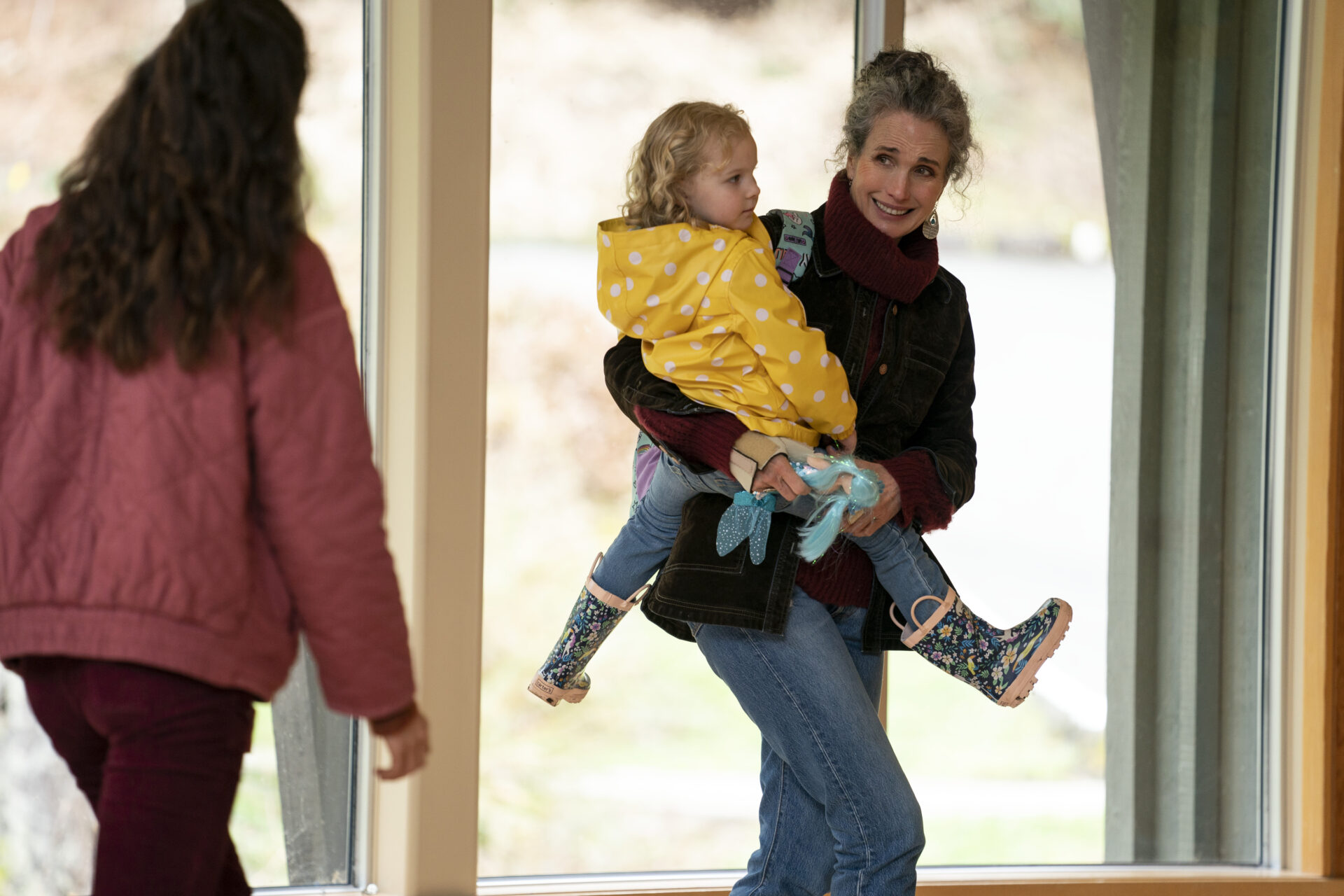 MacDowell recently co-starred with her daughter Margaret Qualley in the Netflix miniseries “Maid” about a young mother who leaves her emotionally abusive boyfriend and takes her young daughter Maddy to get a job working as a maid. The film scored Golden Globes nominations for both the mother and the daughter.

MacDowell’s other daughter Rainey Qualley recently starred in The Daily Wire’s original film “Shut In,” the first original movie by the outlet. 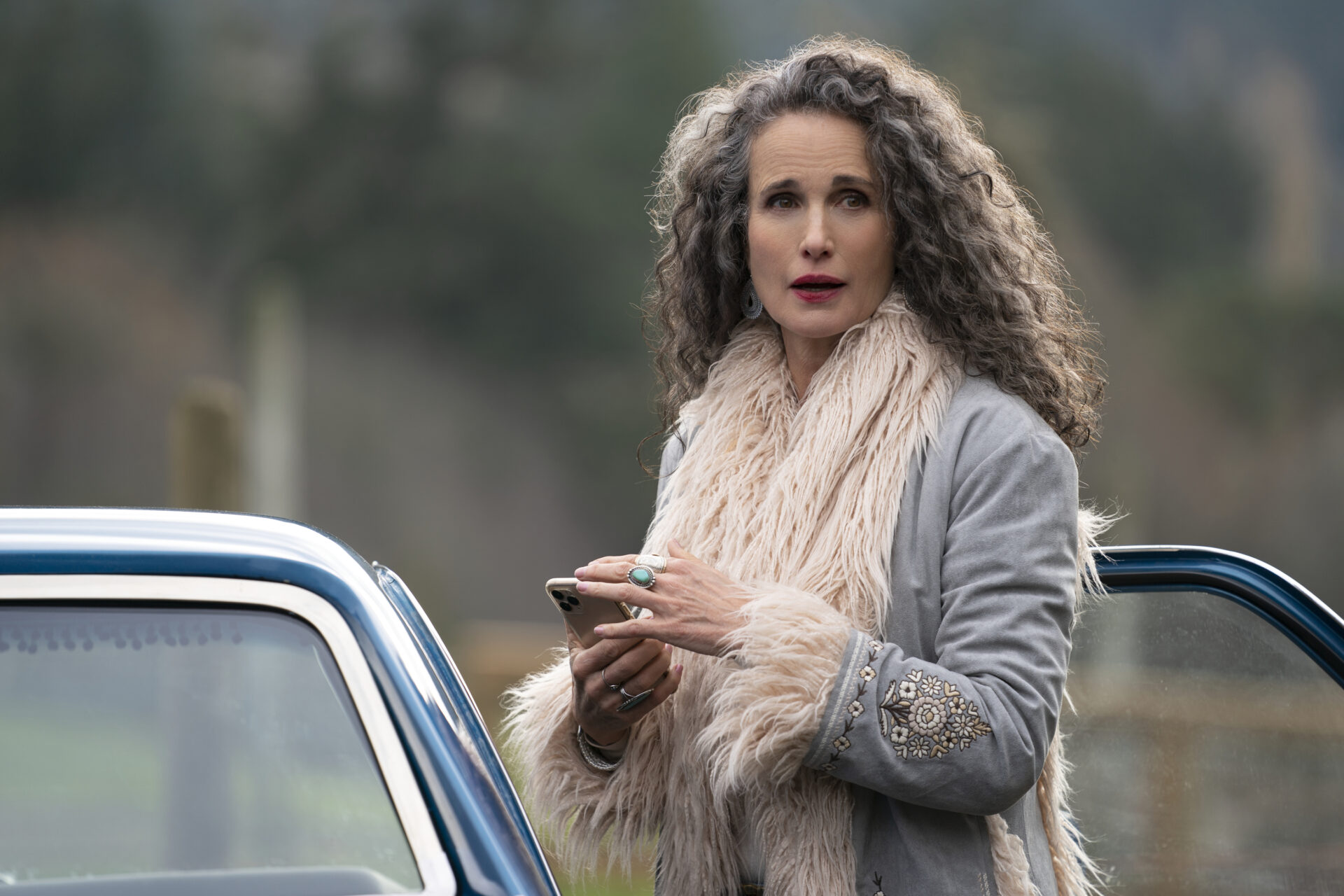 What do you make of MacDowell claiming she had a panic attack because there were too many men on the set?