It seems the Black Swordsman’s journey is far from over, as Berserk has officially been confirmed to be continuing on in the wake of the untimely and tragic passing of series mangaka Kentaro Miura. 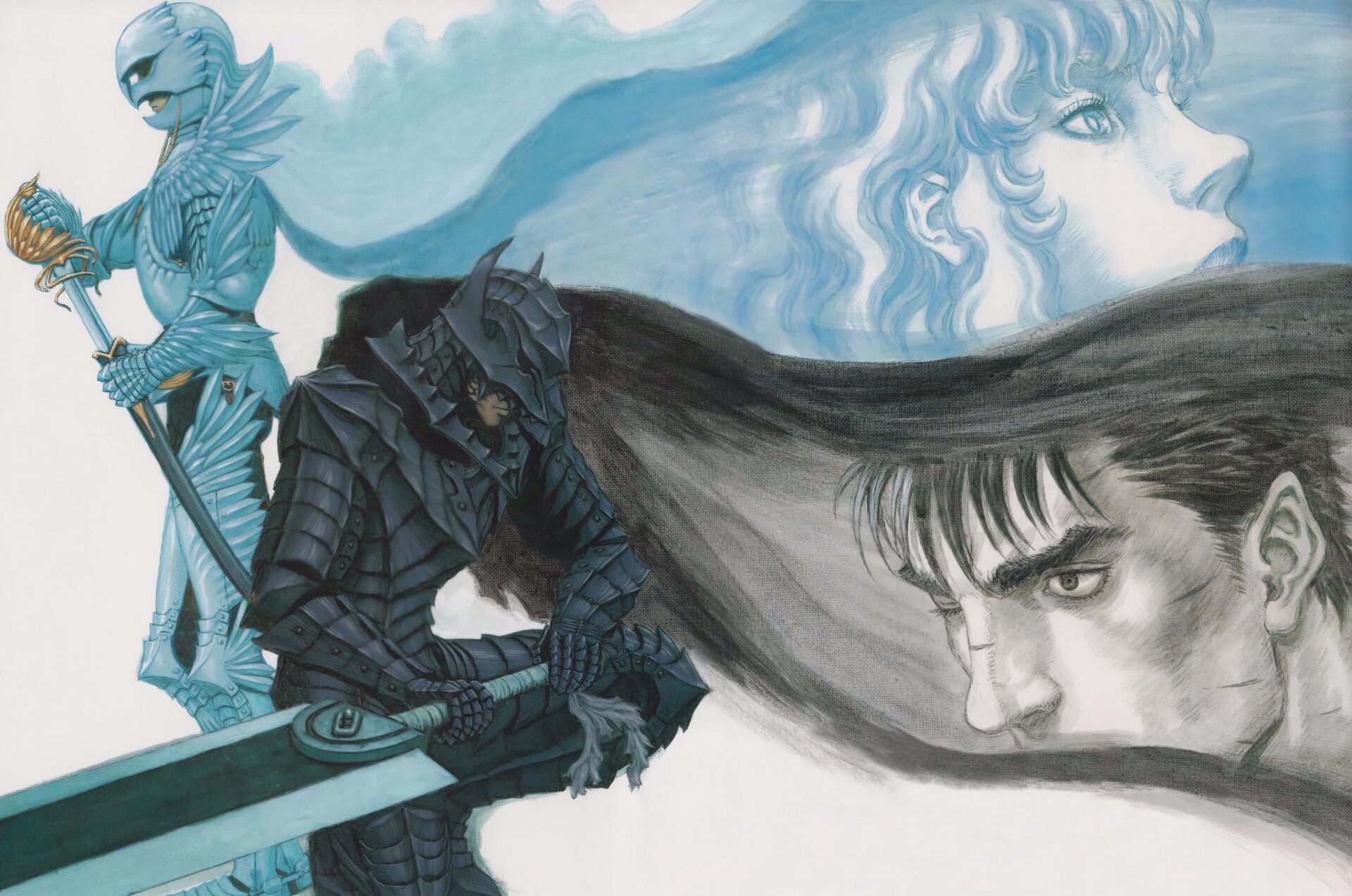 The news of Guts and crew’s continued adventures was first made public on June 6th when the Young Animal editorial department, whose magazine has serialized the series ever since the beginning of its fourth volume, took to Twitter to announce, “We will resume the serialization of Berserk. Please accept our apologies for the long wait before we could make this announcement.” 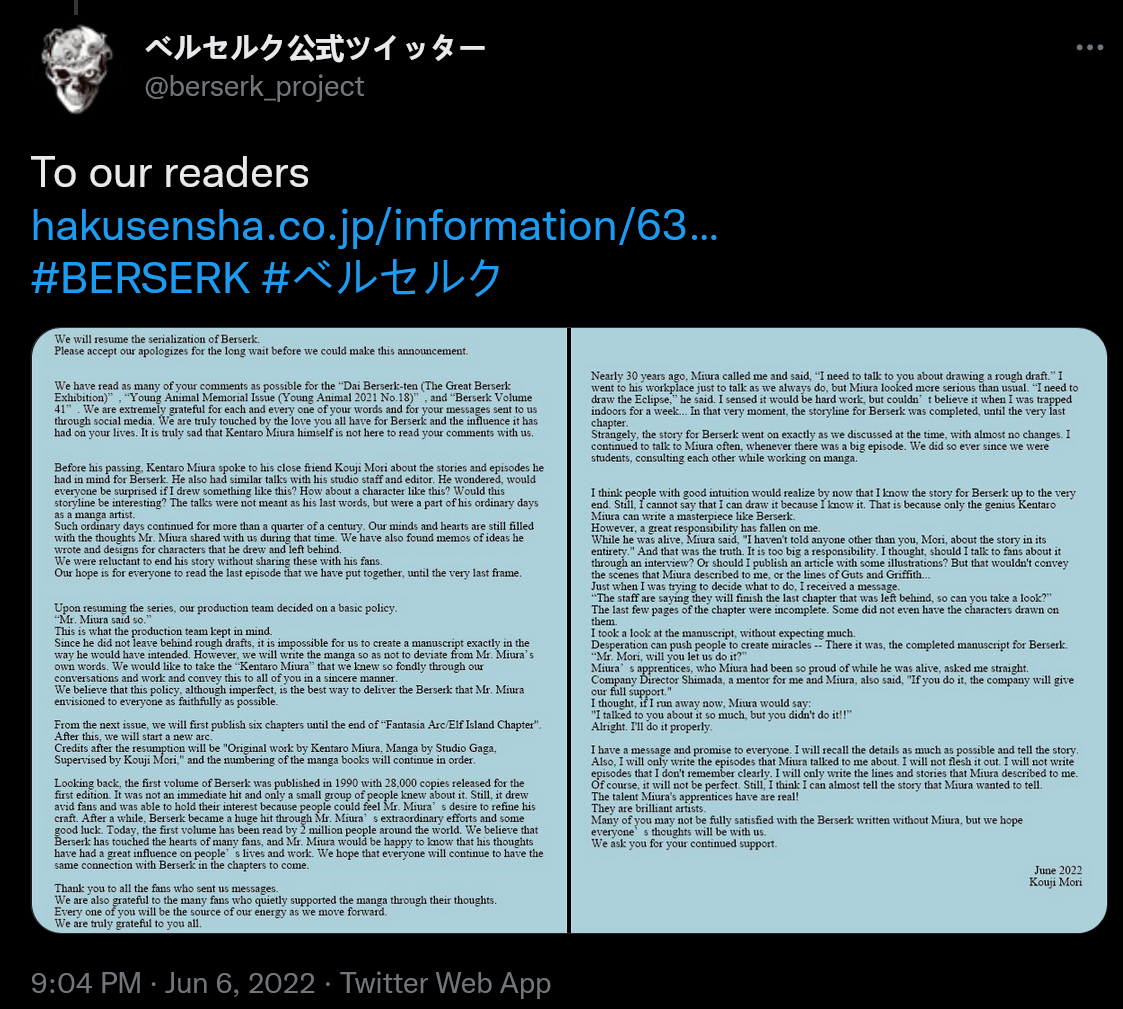 “We have read as many comments as possible in response to The Great Berserk Exhibition, the Young Animal Kentaro Miura Memorial Issue, and Berserk Volume 41,” the statement, which was simultaneously published in a variety of languages, continued. “We are extremely grateful for each and every one of your words and for your messages sent to us through social media.”

The editorial team added, “We are truly touched by the love you all have for Berserk and the influence it has had on your lives. It is truly sad that Kentaro Miura himself is not here to read your comments with us.” 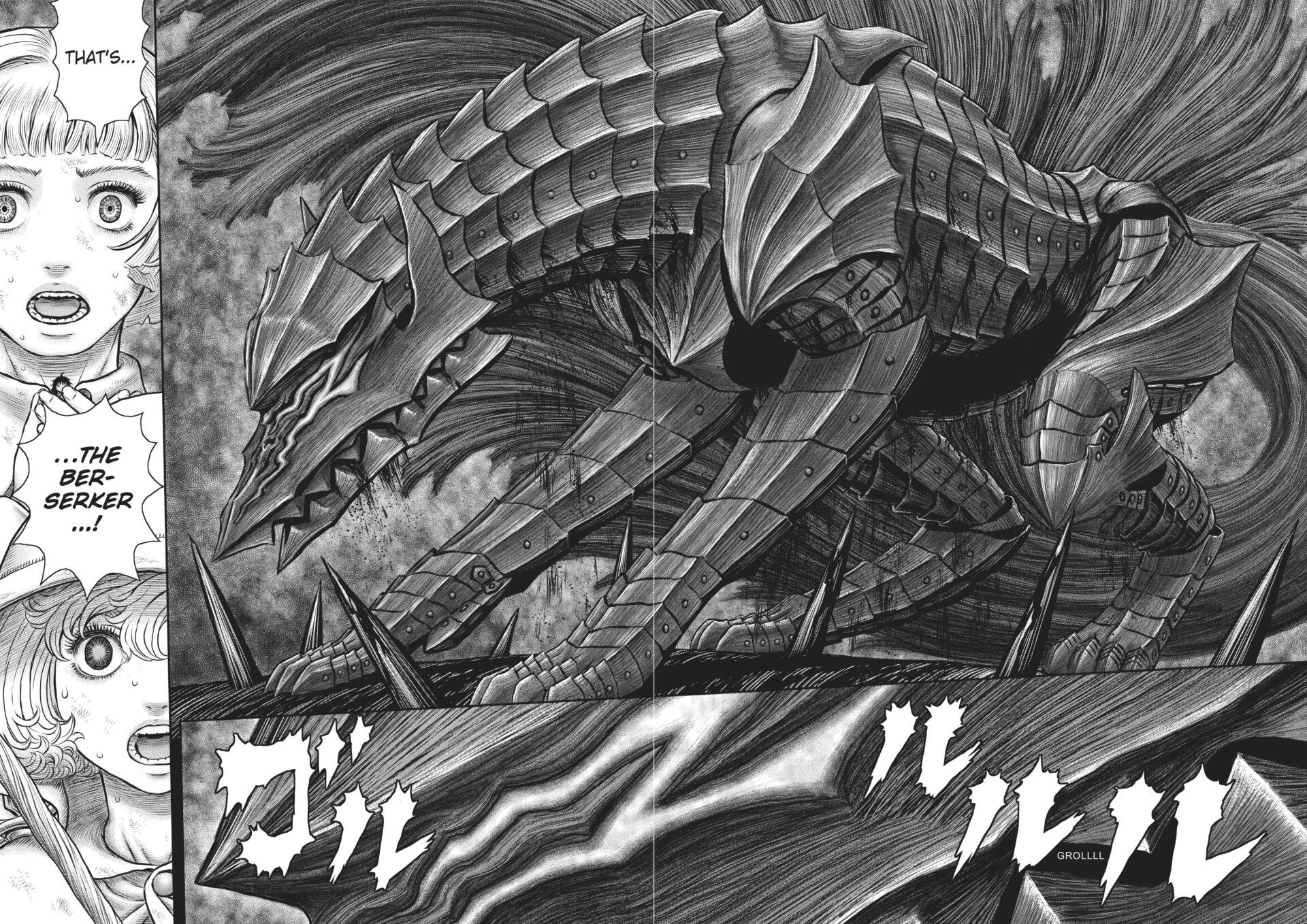 Turning to the series itself, the team explained, “Before his passing, Mr. Miura spoke to his close friend Kouji Mori about the stories and episodes he had in mind for Berserk.”

“He also had talks with his studio staff and editor,” they said. “He wondered, would everyone be surprised if I drew something like this? How about a character like this? Would this storyline be interesting? The talks were not meant as his last words, but were part of his ordinary days as a manga artist.” 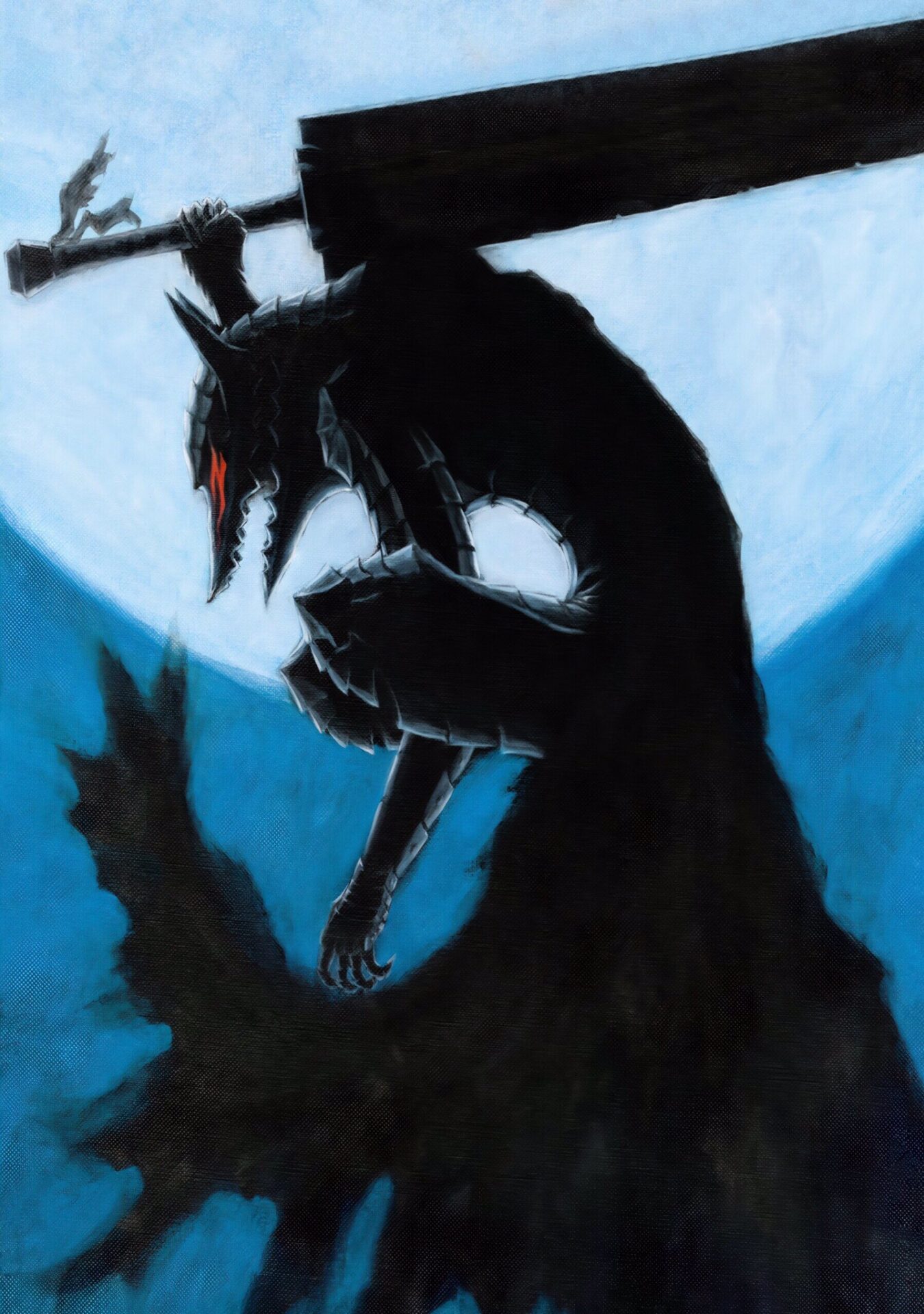 To that end, the editorial department noted that “Such ordinary days continued for more than a quarter of a century. Our minds and hearts are filled with the thoughts Mr. Miura shared with us during that time.”

“We have also found memos of ideas he wrote and design for characters that he drew and left behind,” they then revealed. “We were reluctant to end his story without sharing these with his fans. Our hope is for everyone to read the last episode that we have put together, until the very last frame.” 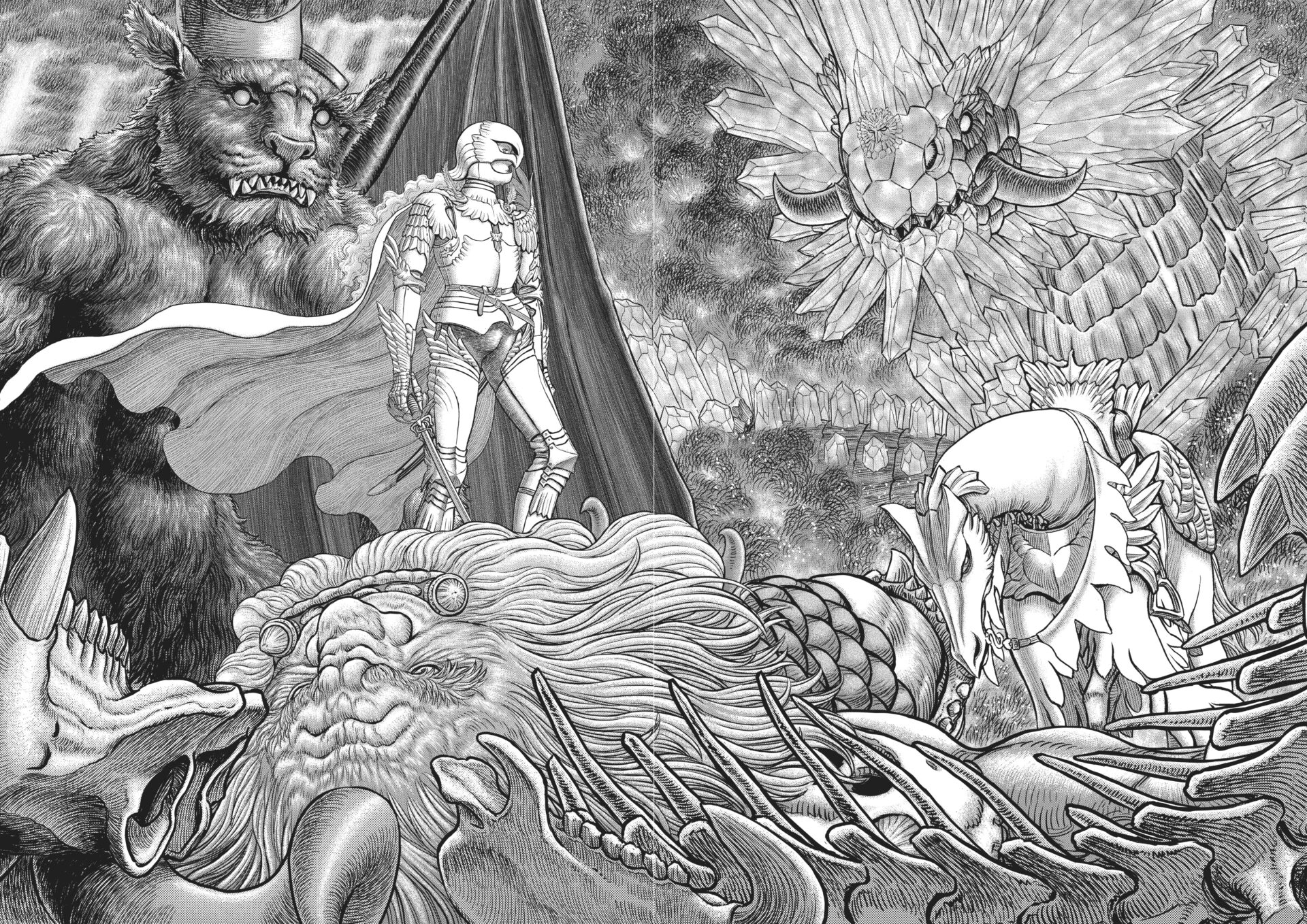 Seeking to assure fans of their dedication to Miura’s original vision, the Young Animal editorial team asserted, “Upon resuming the series, our production team decided on a basic policy. ‘Mr. Miura said so.’”

“This is what the production team kept in mind,” they affirmed, before conceding, “Since he did not leave behind rough drafts, it is impossible for us to create a manuscript exactly in the way he would have intended. However, we will write the manga so as not to deviate from Mr. Miura’s own words.”

“We would like to take the ‘Kentaro Miura’ that we knew so fondly through our conversations and work and convey this to all of you in a sincere manner,” the department stated. “We believe that this policy, although imperfect, is the best way to deliver the Berserk that Mr. Miura envisioned to everyone as faithfully as possible.” 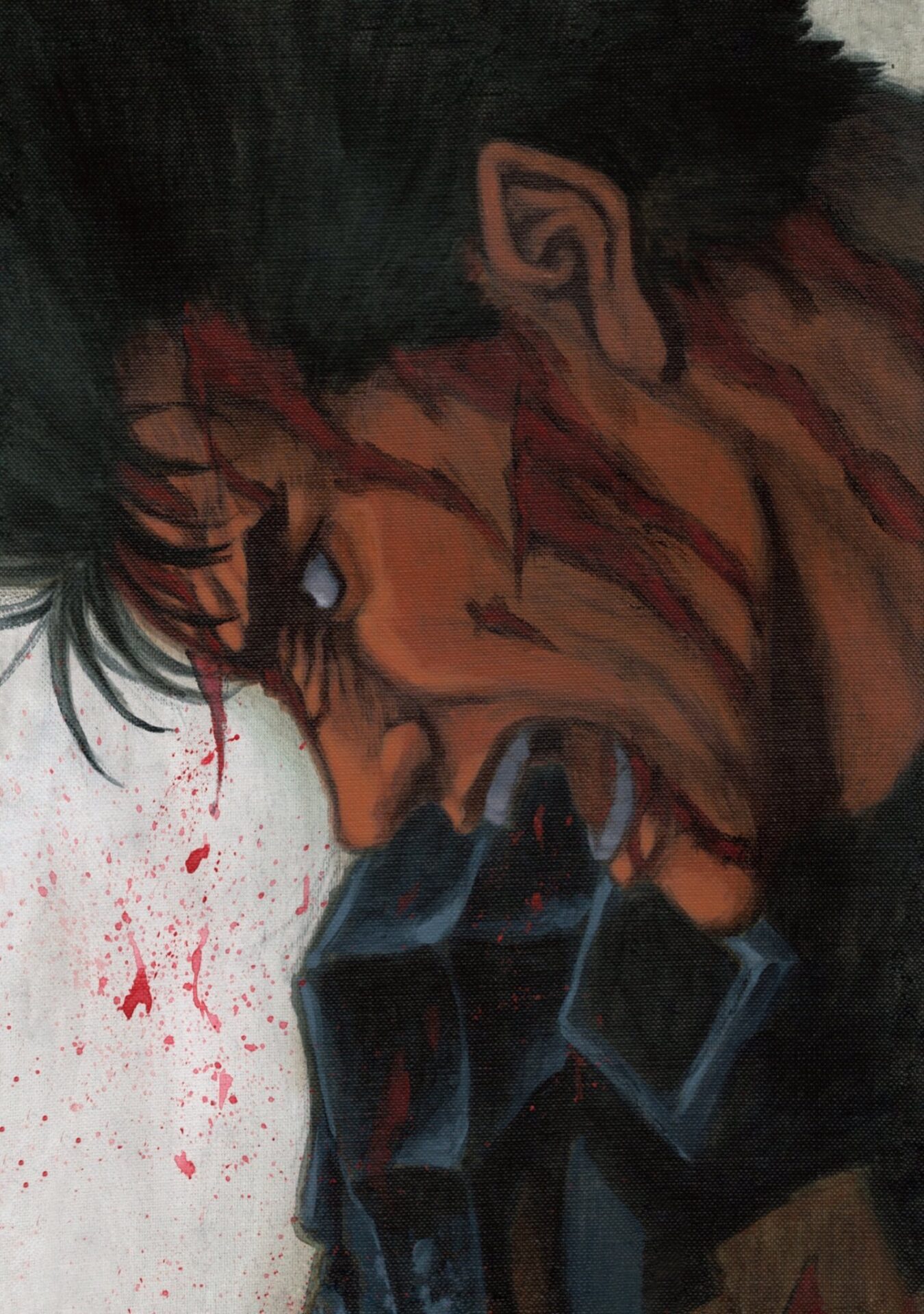 Speaking to the magazine’s specific publishing plans, the editorial department detailed, “From the next issue, we will first publish six chapters until the end of ‘Fantastic Arc/Elf Island Chapter’. After this, we will start a new arc.”

“Credits after the resumption will be ‘Original work by Kentaro Miura, manga by [the Miura-founded] Studio Gaga, Supervised by Kouji Mori,” and the numbering of the manga books will continue in order,” they added. 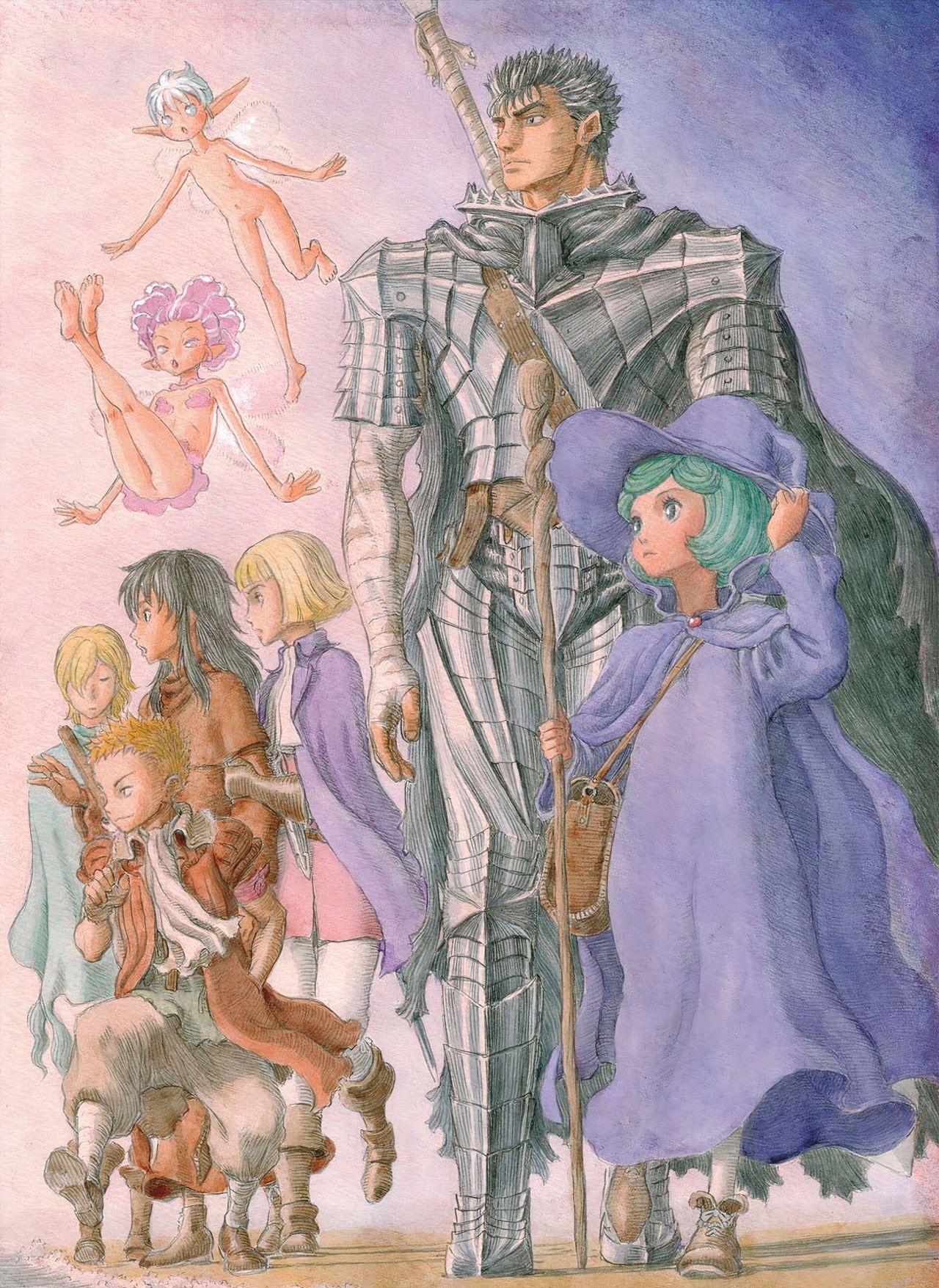 Following a brief reflection on the series’ publication history, the editorial team drew their statement to a close by sharing their belief “that Berserk has touched the heart of many fans, and Mr. Miura would be happy to know that his thoughts have had a great influence on people’s lives and work.

“Thank you to all the fans who sent us messages,” they concluded. “We are also grateful to the many fans who quietly supported the manga through their thoughts. Every one of you will be the source of our energy as we move forward. We are truly grateful to you all.” 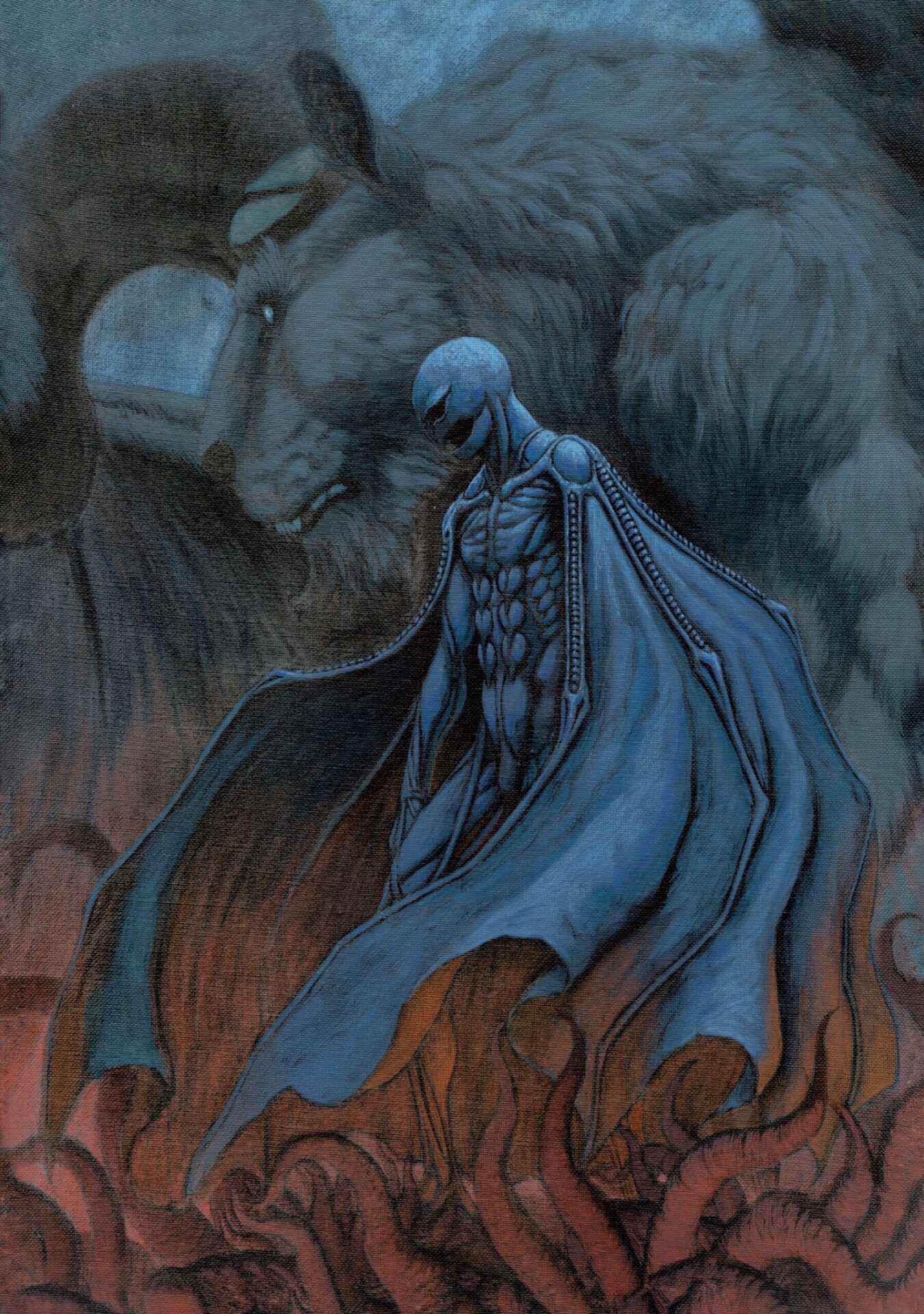 Adding his own thoughts in follow-up, Mori, best known for his nine-volume Weekly Young Jump series Destroy and Revolution and who had shared a friendship with the Berserk mangaka ever since their student days, recalled to fans, “Nearly 30 years ago, Miura called me and said, ‘I need to talk to you about drawing a rough draft.’”

“I went to his workplace just to talk as we always do, but Miura looked more serious that usual,” noted the mangaka. “‘I need to draw the Eclipse,’ he said. I sensed it would be hard work, but couldn’t believe it when I was trapped indoors for a week…In that very moment, the storyline for Berserk was completed, until the very last chapter.” 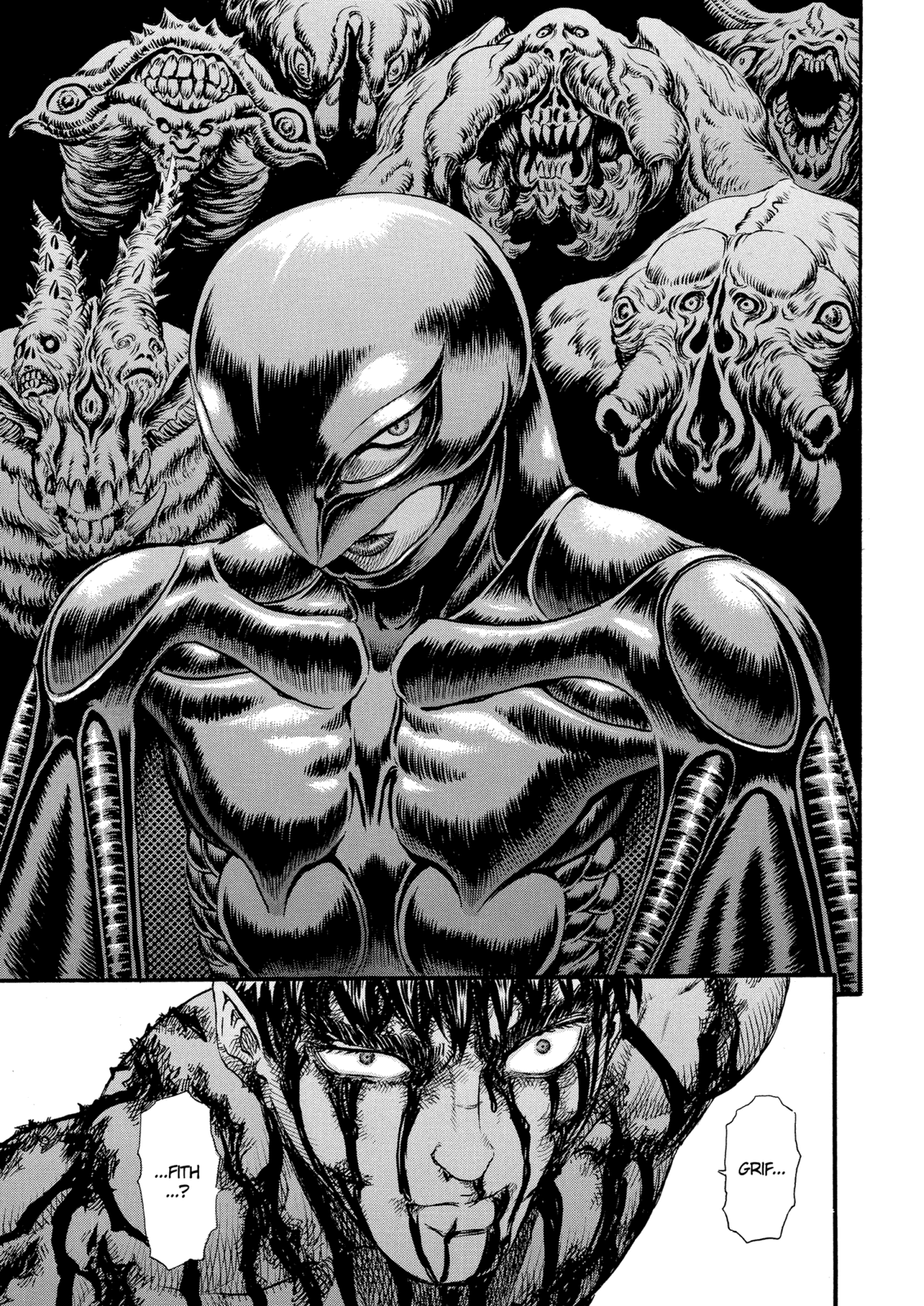 “Strangely,” Mori continued, “the story for Berserk went on exactly as we discussed at the time, with almost no changes. I continued to talk to Miura often, whenever there was a big episode. We did so ever since we were students, consulting each other while working on manga.”

Hoping to assuage fans’ fears for the series’ future, Mori then asserted, “I think people with good intuition would realize by now that I know the story for Berserk up to the very end. Still, I cannot say that I can draw it because I know it. That is because only the genius Kentaro Miura can write a masterpiece like Berserk.” 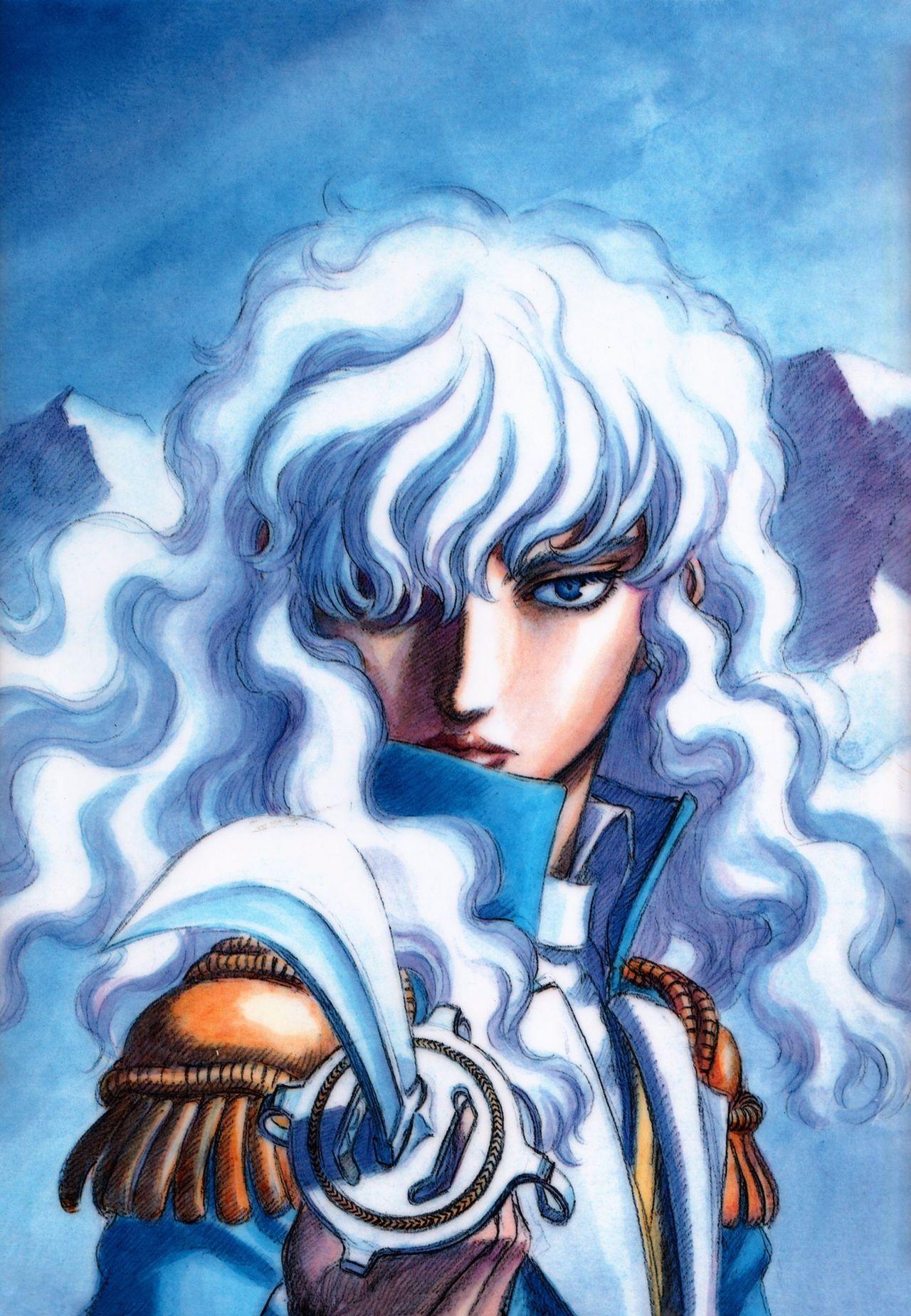 Source: THE ARTWORK OF BERSERK (2021), Hakusensha. Art by Kentaro Miura.

“However, a great responsibility has fallen on me,” the mangaka admitted. “While he was alive, Miura said, ‘I haven’t told anyone other than you, Mori, about the story in its entirety.’ And that was the truth. It is too big a responsibility. “

He further reminisced, “I thought, should I talk to fans about it through an interview? Or should I publish an article with some illustrations? But that wouldn’t convey the scenes that Miura described to me, or the lines of Guts and Griffith. Just when I was trying to decide what to do, I received a message. ‘The staff are saying they will finish the last chapter that was left behind, so can you take a look?’” 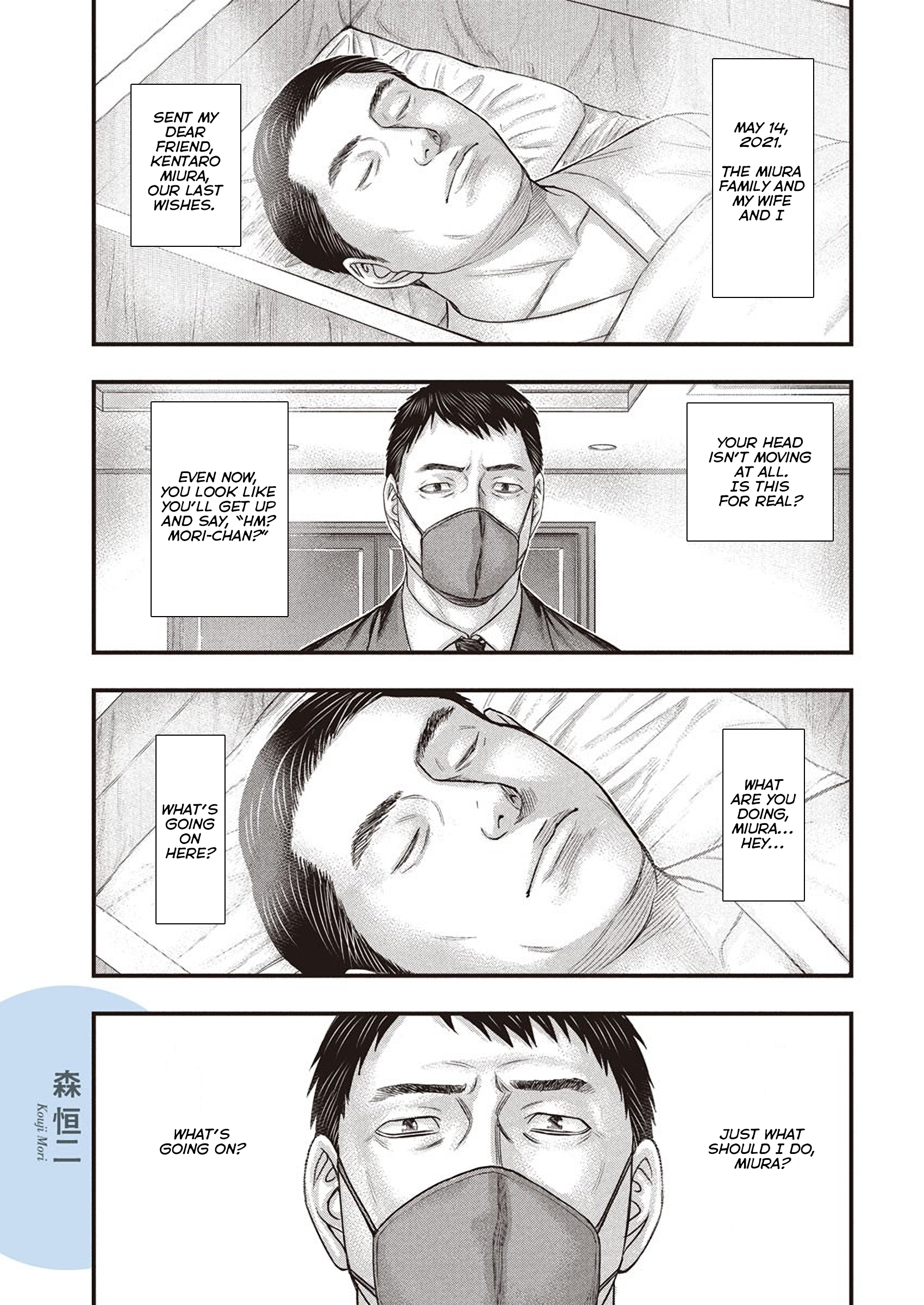 “The last few pages of the chapter were incomplete,” wrote Mori. “Some did not even have the characters drawn on them. I took a look at the manuscript, without expecting much.”

However, the mangaka admitted, he ultimately found “Desperation can push people to create miracles – There it was, the completed manuscript for Berserk.”

“‘Mr. Mori, will you let us do it?’ Miura’s apprentices, who Miura had been so proud of while he was alive, asked me straight,” he recalled. “Company Director Shimada, a mentor for me and Miura, also said, ‘If you do it, the company will give our full support.’ I thought, if I run away now, Miura would say: ‘I talked to you about it so much, but you didn’t do it!!’”

With his late friend’s words in his friends, Mori stated that he decided, “Alright. I’ll do it properly.” 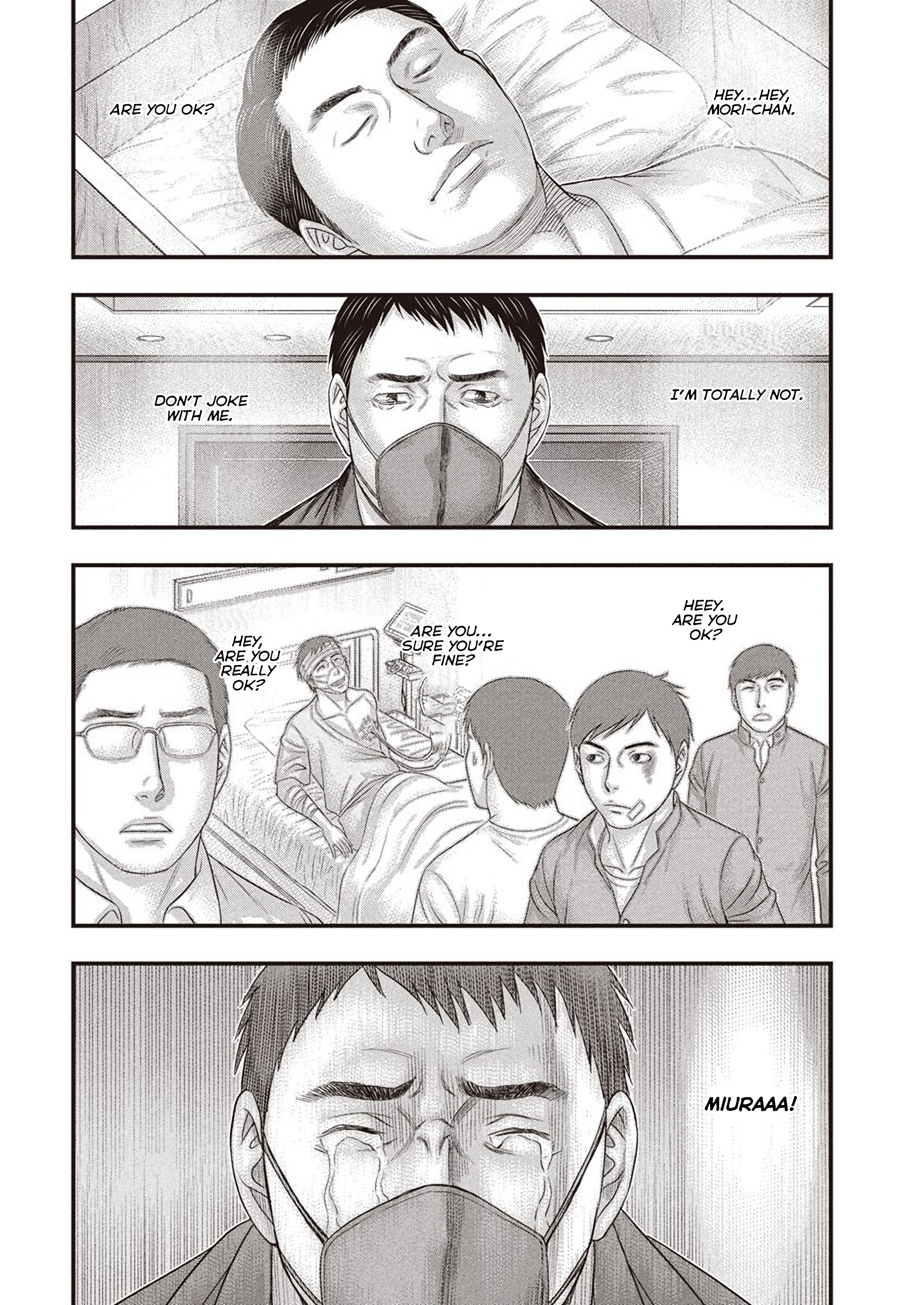 “I have a message and promise to everyone,” he declared as his message wound down. “I will recall the details as much as possible and tell the story.”

“The talent Miura’s apprentices have are real!” the mangaka ended his statement. “They are brilliant artists. Many of you may not be fully satisfied with the Berserk written without Miura, but we hope everyone’s thoughts will be with us. We ask you for your continued support.” 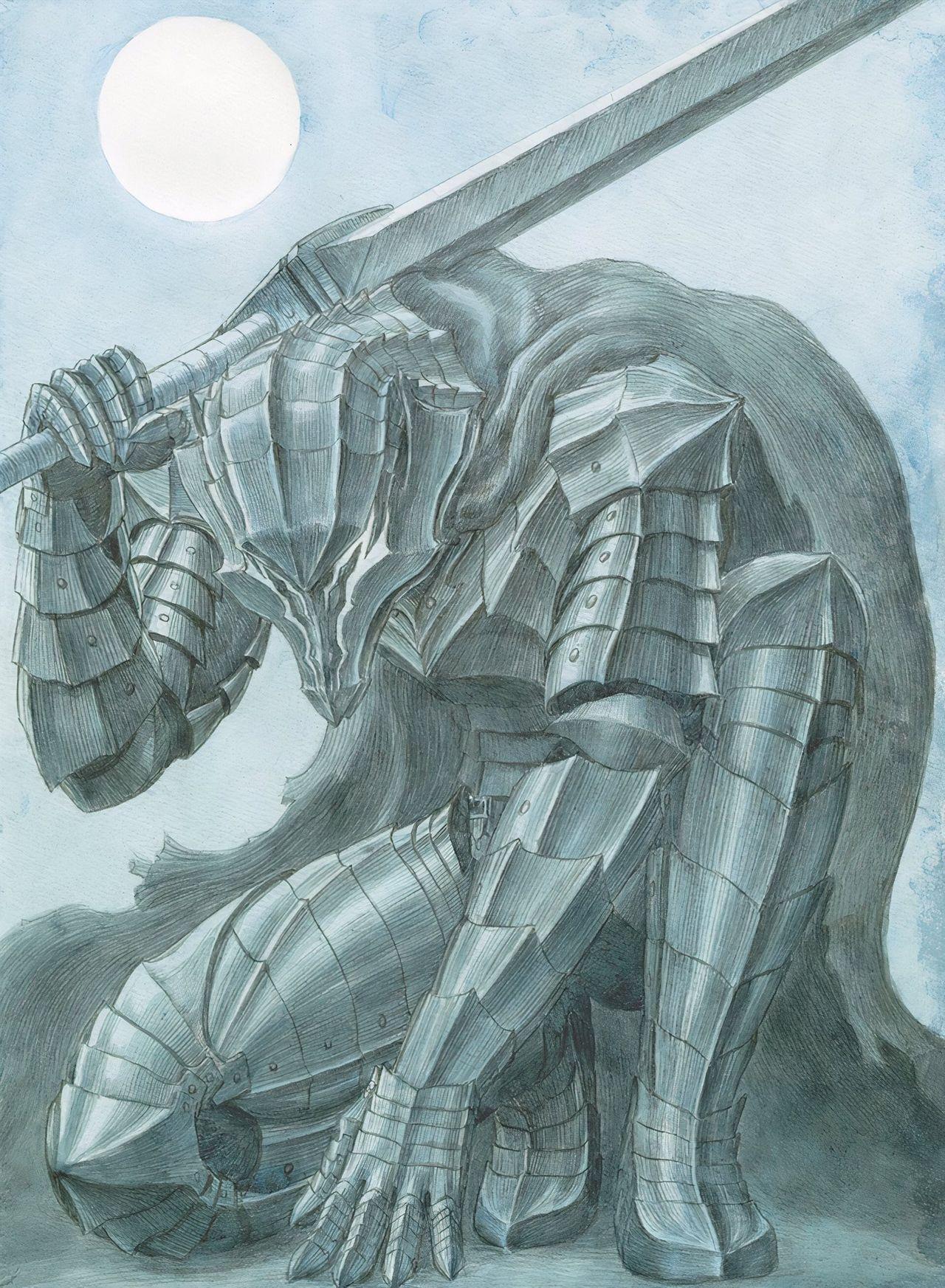 Berserk will makes it return in the June 24th issue of Young Animal.

What do you make of Berserk officially continuing on without Miura? Let us know your thoughts on social media or in the comments down below!

NEXT: Kentaro Miura’s Chief Assistant Denies Rumors That Berserk Mangaka Was In Poor Health Prior To His Death