In a recently-released posthumous interview, Berserk mangaka Kentaro Miura can be heard discussing the future of his seminal series, even revealing the heart-breaking fact that the manga’s story was more than half-way done at the time of his sudden passing. 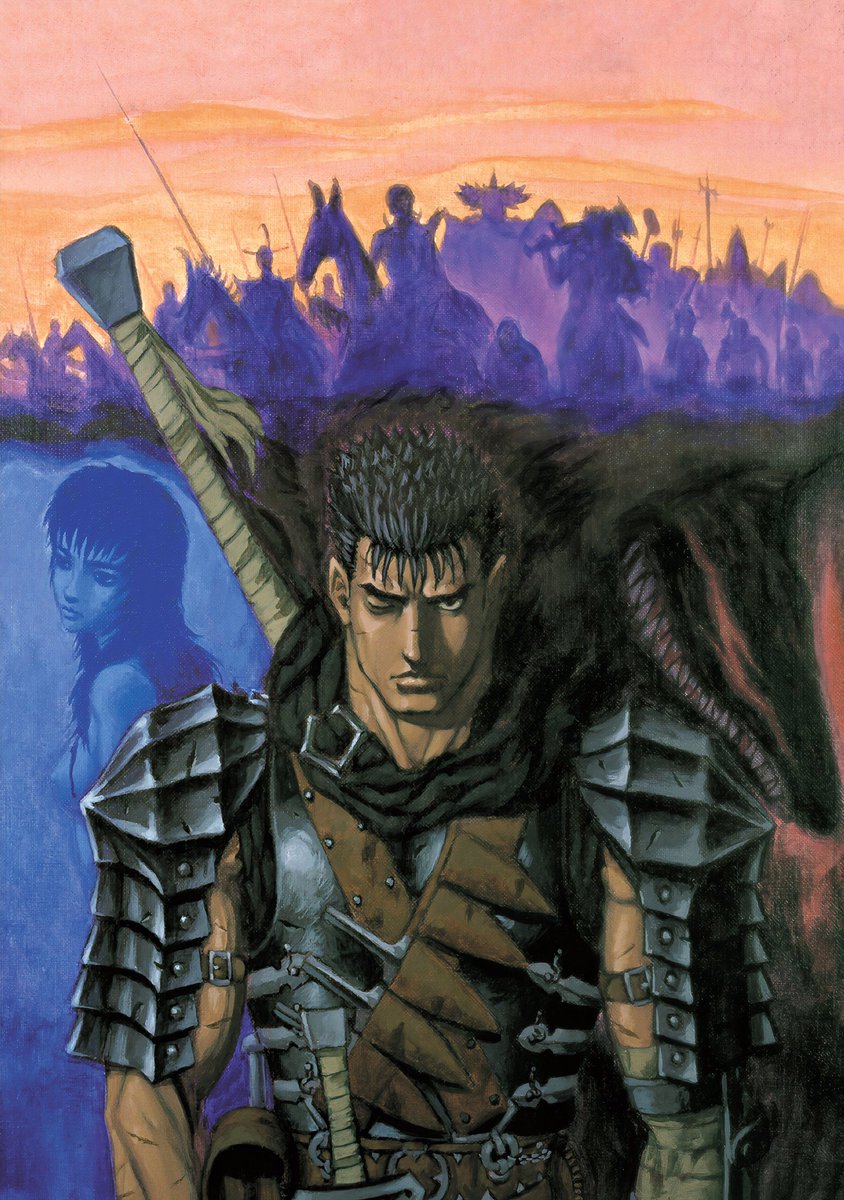 According to Miura, as translated by Twitter user @sandman_AP following the interview’s premiere at the recently held Bersek Expo, not only was the story nearly complete, but he had also begun work ‘wrapping up the story’ prior to his passing. 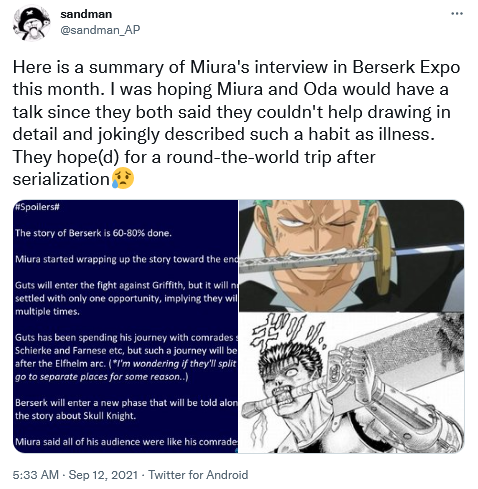 Related: Kentaro Miura’s Chief Assistant Denies Rumors That Berserk Mangaka Was In Poor Health Prior To His Death

Turning to the conflict between Guts and Griffith, Miura reportedly explained that “Guts will enter the fight against Griffith, but it will not be settled with only one opportunity, implying they will fight multiple times.” 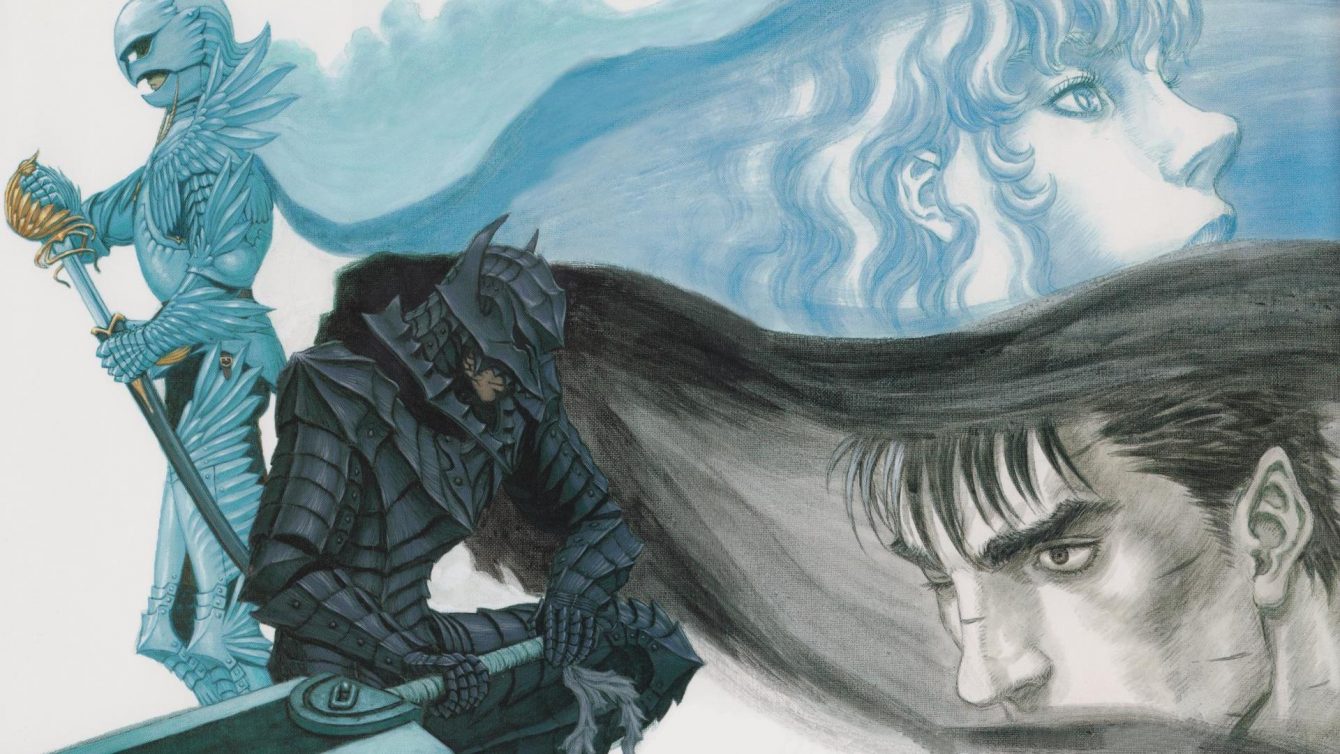 As for the series’ overall future, Miura noted, “Guts has been spending his journey with comrades such as Schierke and Farnese etc, but such a journey will be over after the Elfhelm arc,” implying that Guts and the other members of his ‘Travelling Party’ may eventually split and go their separate ways.

Miura also teased that “Berserk will enter a new phase that will be told along with the story about Skull Knight.”

However, given that the interview in question was conducted in December 2020, it’s unclear whether he was referring to the advent of Skull Knight story seen starting in Berserk’s 362nd chapter or a spin-off series starring the ancient undead swordsman. In conclusion to the interview, Miura asserted that “all of his audience were like his comrades.”

What do you make of Miura’s posthumous words? Let us know your thoughts on social media or in the comments down below!