Four years ago, I reviewed Jurassic World: Fallen Kingdom, one of the dumbest movies that I have ever seen.

Now, I understand that some people just want their popcorn films, and some people love the idea of “turn my brain off and enjoy,” but the end result was one of the worst movies of 2018. When we last left the franchise, a British clone girl doomed the entire planet by unleashing dinosaurs upon the world, simply because they were clones, just like she was. 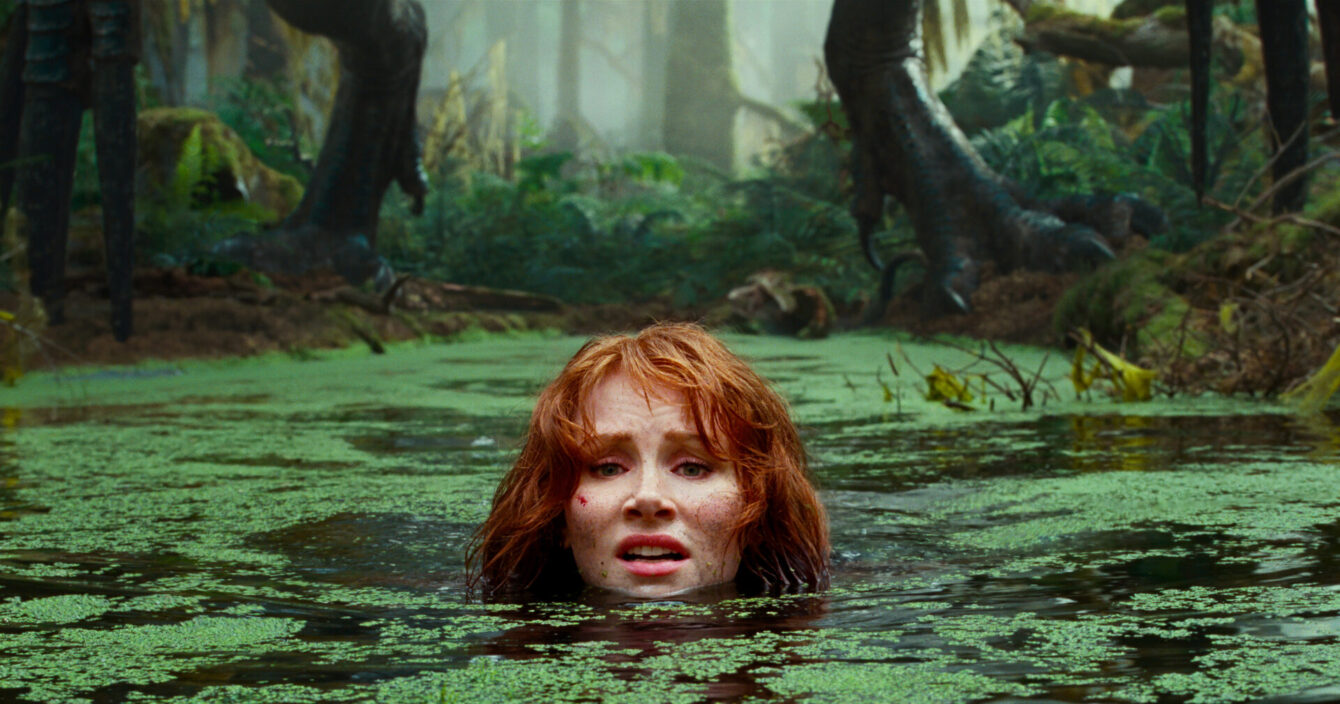 Give me a break.

RELATED: Jurassic World Dominion Stars Say the Whole Series Was Feminist and Empowering To Women From The Beginning

Needless to say, the bar for Jurassic World Dominion is lower than the hiring standards for Warner Bros., but don’t be black-pilled just yet, because Universal Pictures is going back to their well of Member Berries, bringing Sam Neill, Laura Dern, and Jeff Goldblum back into the fold. Surely that will make Dominion a better film than Fallen Kingdom, right? 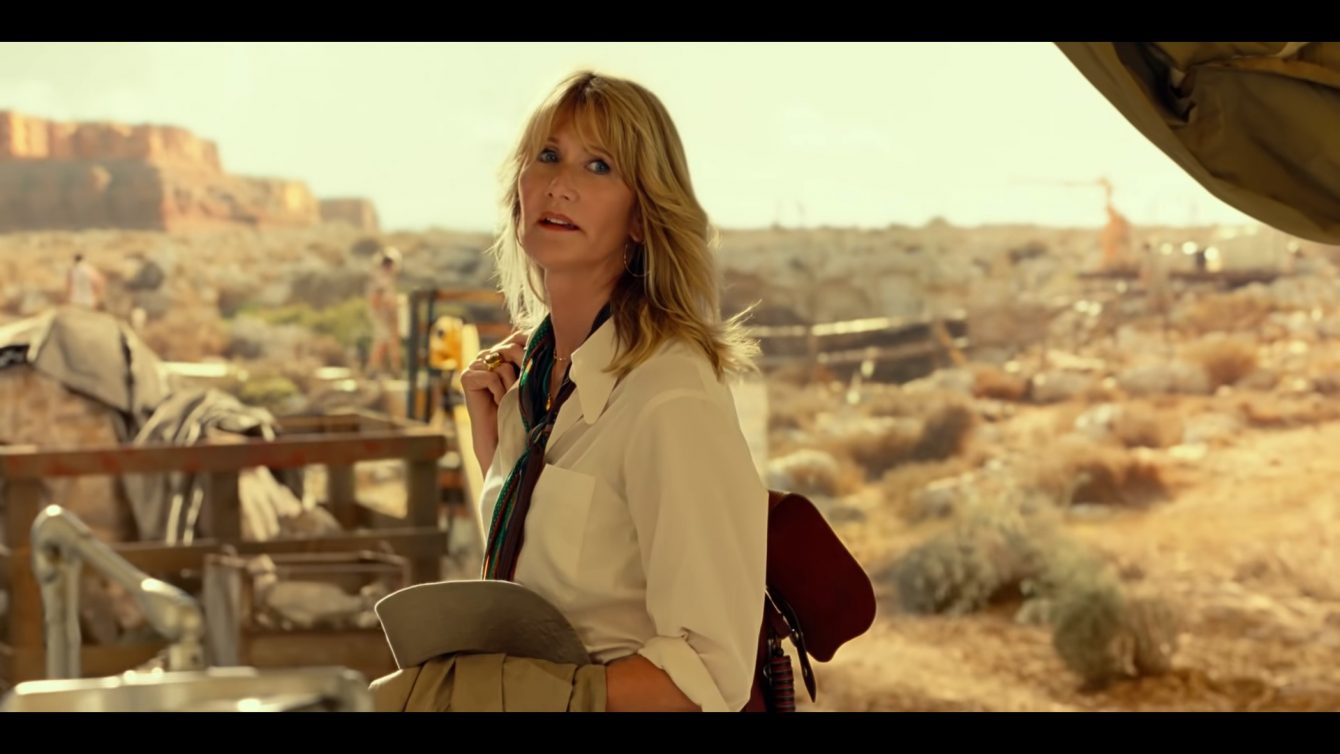 The film takes place four years after the events of Jurassic Park: Fallen Kingdom. The world has been ravaged by an outbreak of dangerous gigantic dinosaurs – thanks to our so-called heroes. Claire Dearing (Bryce Dallas Howard), the former operations manager of Jurassic World is now on the run with Owen Grady (Chris Pratt) in the Sierra Nevada mountains, with Maisie Lockwood (Isabella Sermon) the cloned granddaughter of Sir Benjamin Lockwood in tow. 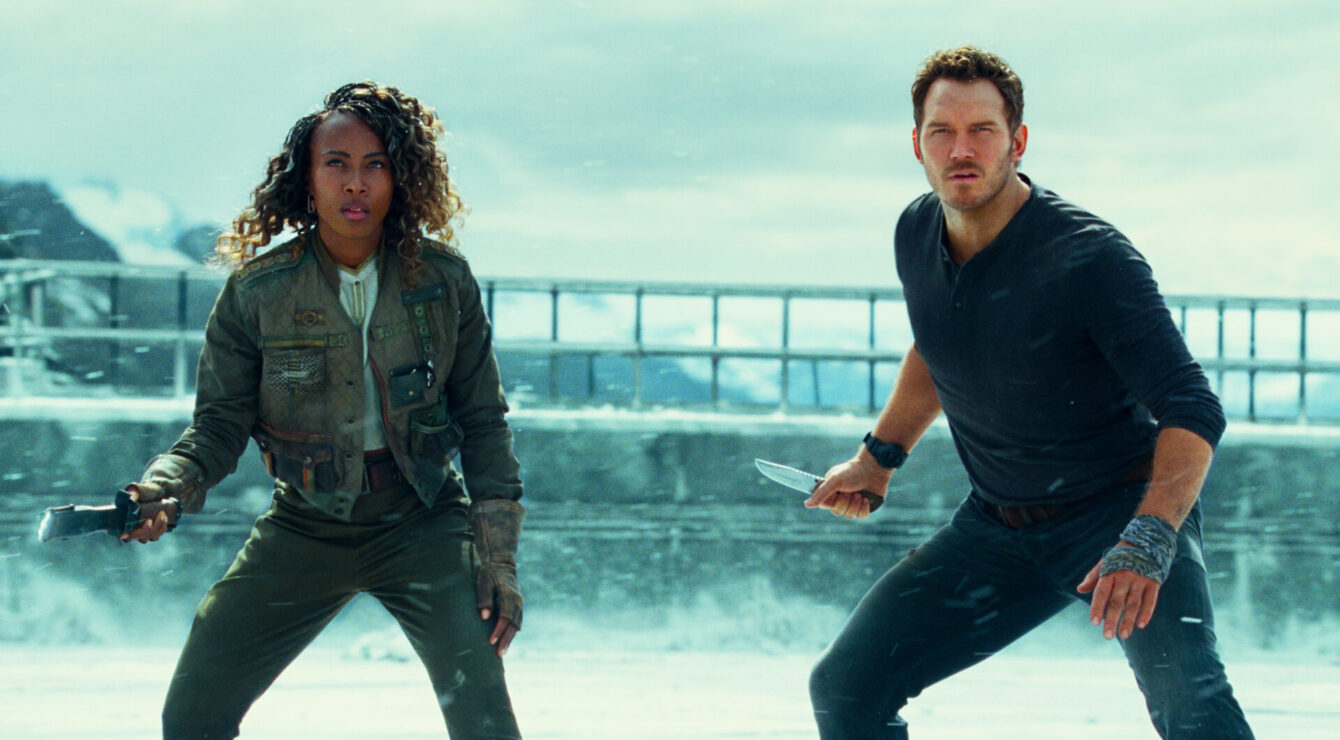 The trio is trying to keep a low profile from poachers and the authorities who want their location after the events of the last film. However, their situation goes sideways when the engineering corporation called BioSyn Genetics comes knocking on their door to take Maisie for the purpose of completing their plan to solve a genetic riddle.

Meanwhile, on the other side of the country, a plague of genetically modified locusts is threatening to destroy the global food supply, and many believe that BioSyn is responsible. Dr. Ellie Sattler (Laura Dern) and Dr. Alan Grant (Sam Neill) travel to BioSyn headquarters to try and get to the bottom of what its master plan is. There, they discover their old friend Dr. Ian Malcolm (Jeff Goldblum), right in the middle of the mess. 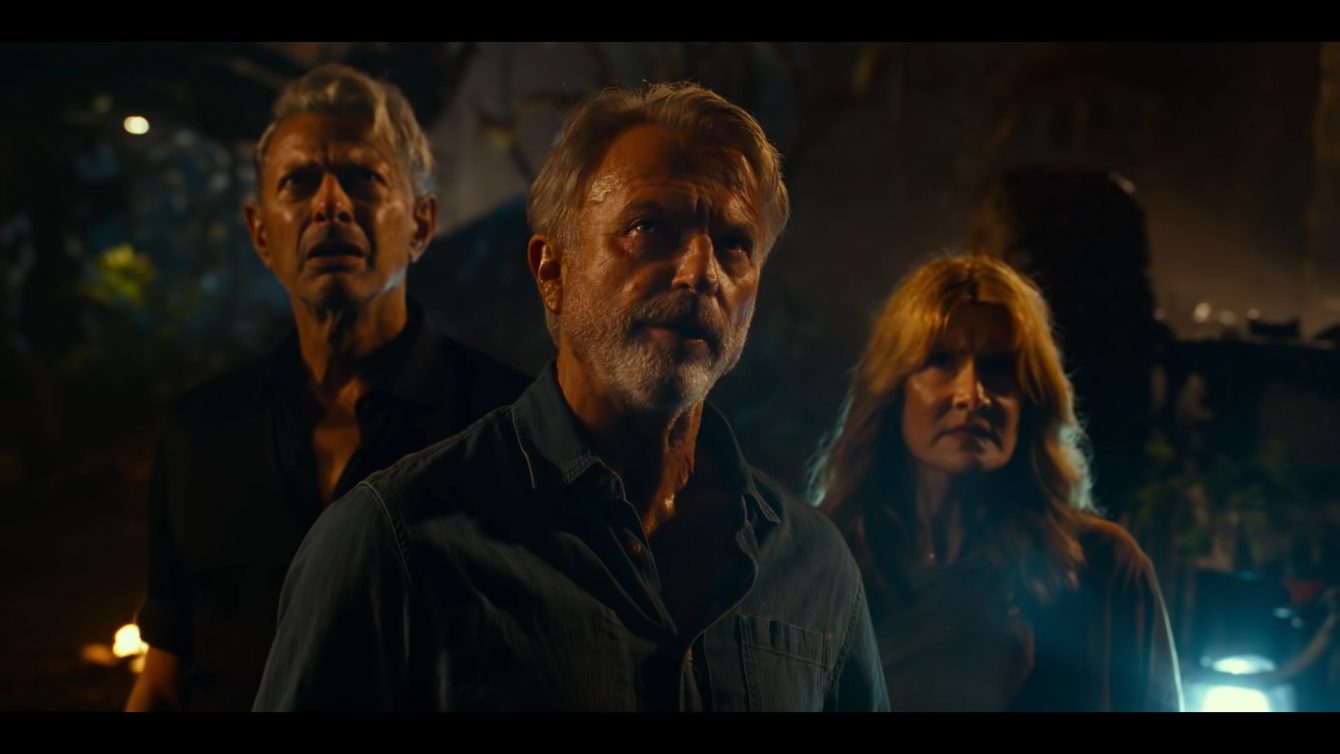 For those wondering, Jurassic World Dominion is a dramatic improvement from Fallen Kingdom, but that isn’t saying much. If you’re a person who only cares about CGI dinosaur beauty shots, then the film has plenty of that. If anything, the dinosaurs are the only impressive thing about the film.

Raptors have become as common as bears and wolves, and Dominion makes good use of their $185 million dollar production budget to make all of their prehistoric counterparts look as crisp as possible on the big screen. 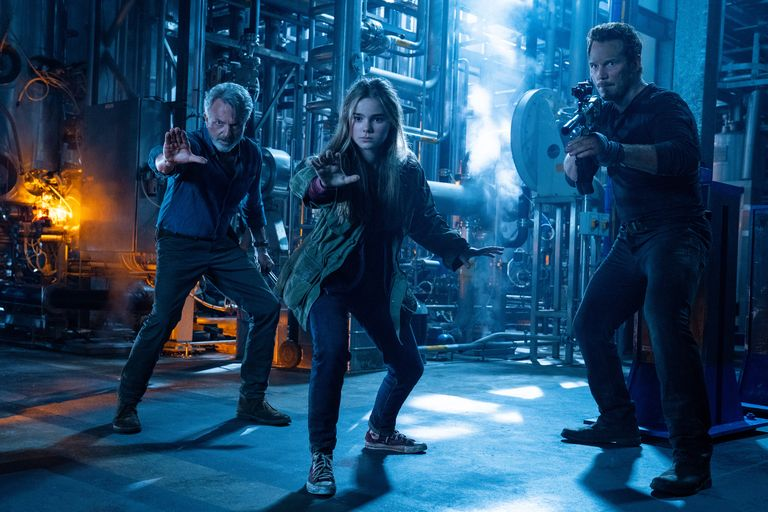 There is a lot of addition by subtraction in this movie, as well. Justice Smith and Daniella Pineda, who were two of the worst aspects of the last film, have been reduced to glorified cameo roles. Dichen Lachman is by far the best addition to the movie, and she is criminally underused in her role.

Lachman plays the villainous dinosaur smuggler Soyona Santos, and the film would have improved if there was a bigger focus on her as the main villain. The praise ends there, because everything about Dominion is as lazy and uninspired, as so many films in this franchise before it. 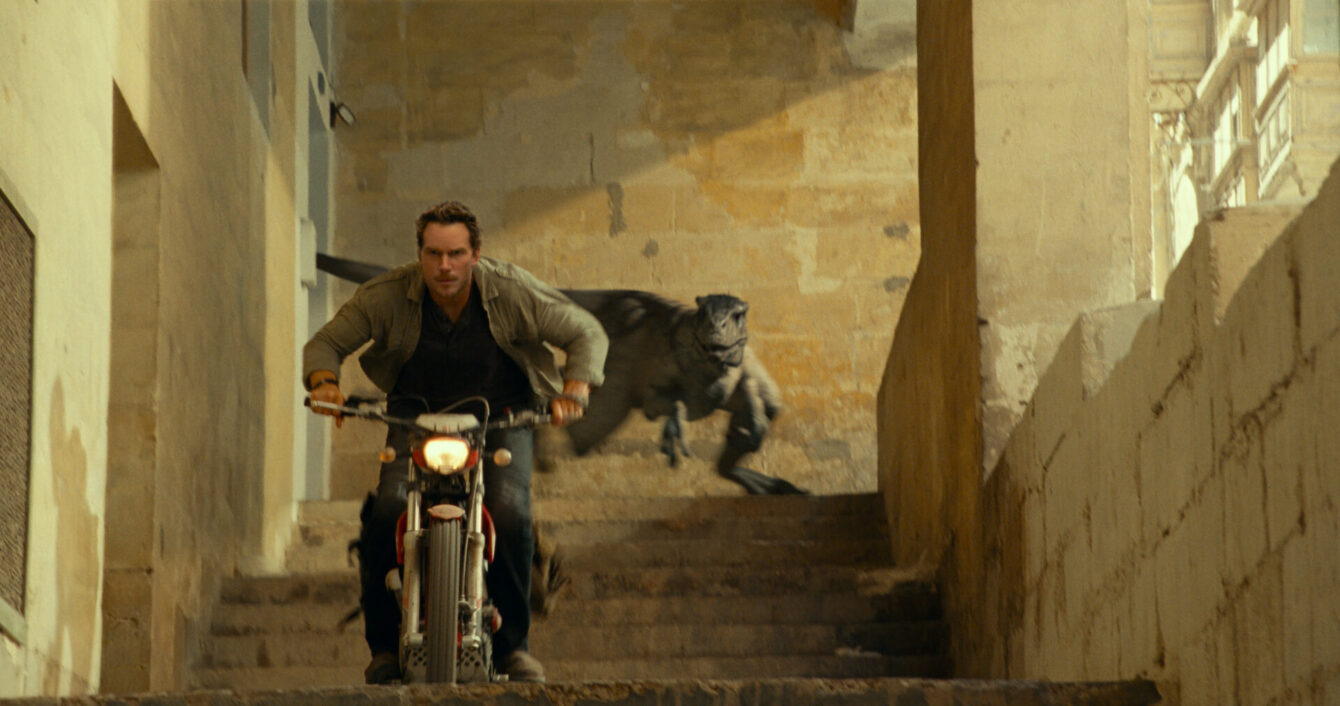 Jurassic World Dominion is a film that manages to be both empty, and bloated at the same time. Let’s start with the characters – there are far too many people in this movie. With a trying runtime of 146 minutes, Dominion feels like two separate movies at the same time. The film never finds a balanced medium between the storyline of Chris Pratt’s group, and the nostalgic trio of Dern, Neill, and Goldblum.

This film has far too many characters for anything to make sense. By the time we get to the ending, there are approximately eleven people trying to flee from Dinosaur island, which is absurd, but the film still didn’t have the stones to kill off a beloved character that they could make money from later. 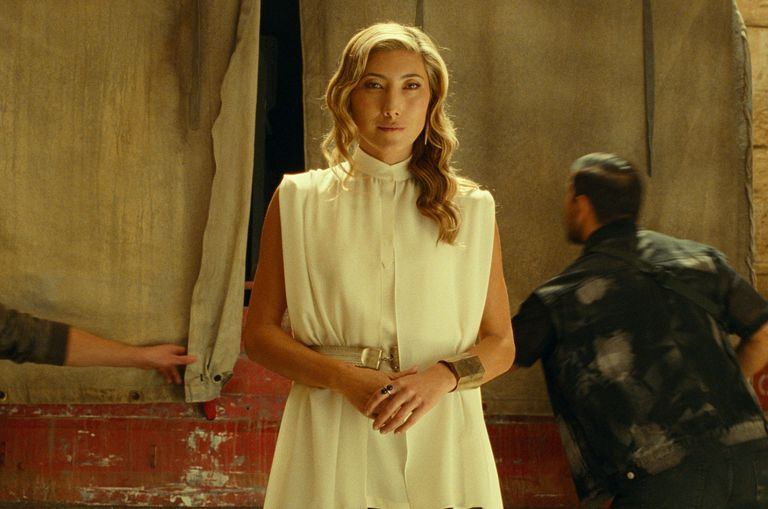 Another new edition to the franchise is DeWanda Wise as Kayla Watts, the super badass strong female black lead who is also shoehorned into the LGBTQ community in a way that is so lazy and uninspired, the only way it makes sense is that the film needed to meet NBC Universal’s diversity and inclusion quota to move forward.

The franchise’s most glaring problem is the story, and since 1993, no one has been able to write a good script to mitigate the plot-induced stupidity of each new Jurassic film. A world plagued by dinosaurs is bad enough for humanity, but Dominion pulls focus from the central story in order to insert a threat of giant locusts. 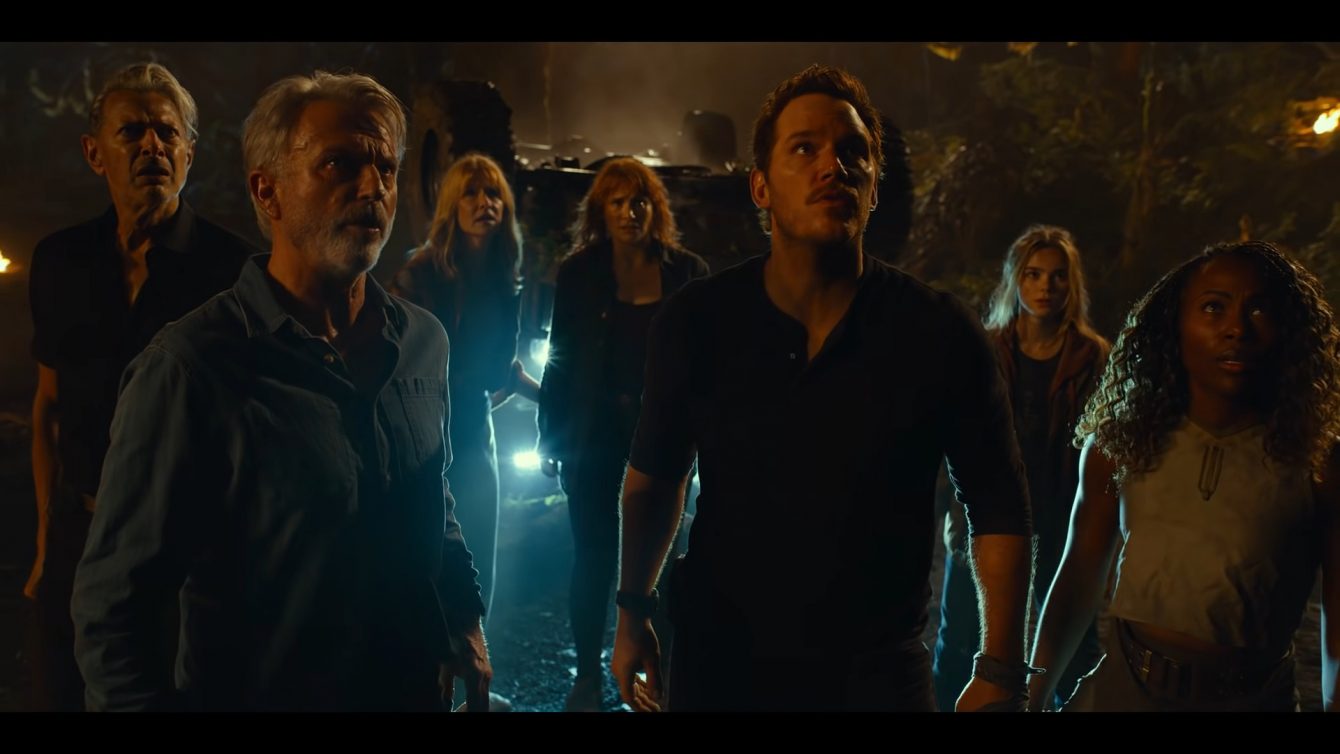 That plotline is nearly abandoned by the midway point. The film also dips its toes into predictive programming, with plotlines involving a biotech company threatening the world’s food supply, and lines such as “We must transfer human consciousness,” that will raise the eyebrows of the well-informed.

This film was nowhere near as awful as Fallen Kingdom, but that’s not saying much. Jurassic World Dominion is too long, has too many characters, and too many subplots to be anything more than a corporate cash grab, and the last cookie in the jar for Jurassic Park.

If you have to watch this film, wait for it to release on Peacock. It’s not worth a full ticket.