Studio Wildcard was the company responsible for bringing the enormously popular ARK: Survival Evolved to life, which has gone on to influence scores of copycats and peers over the last few years. In 2021, the studio dropped a teaser trailer for the follow-up title ARK II, featuring none other than Pitch Black and Fast & The Furious star Vin Diesel playing a role.

The trailer sparked a lot of interest and conversations between many hardcore ARK fans who wondered if this new game would offer more in terms of a cohesive and fleshed out story. However, it didn’t take long for the communication lines to fall silent, and ARK II was all-but-forgotten.

Some had speculated that the game might have been cancelled midway through development, but it appears as if Studio Wildcard is soldiering ahead. Over the weekend, the company promoted the release of Fjordur, the newest ARK: Survival Evolved map, but they also seized the opportunity to provide a much-needed update on ARK II, plus a brand new feature trailer.

The game was originally due for a 2022 release, but Studio Wildcard has confirmed that ARK II will be pushed back to 2023 in order to upgrade and take full advantage of the Unreal 5 engine. In addition, the company seeks to implement a revolutionary new mod support system that also extends to console players.

Mod support for the seminal ARK game has always been a mixed bag, with many mods dying off due to constant updates that break functionality. Whether Studio Wildcard will embrace modding the same as Bethesda did for games like Skyrim and Fallout 4 remains to be seen, but it’s clear that they’re investing heavily in the idea. 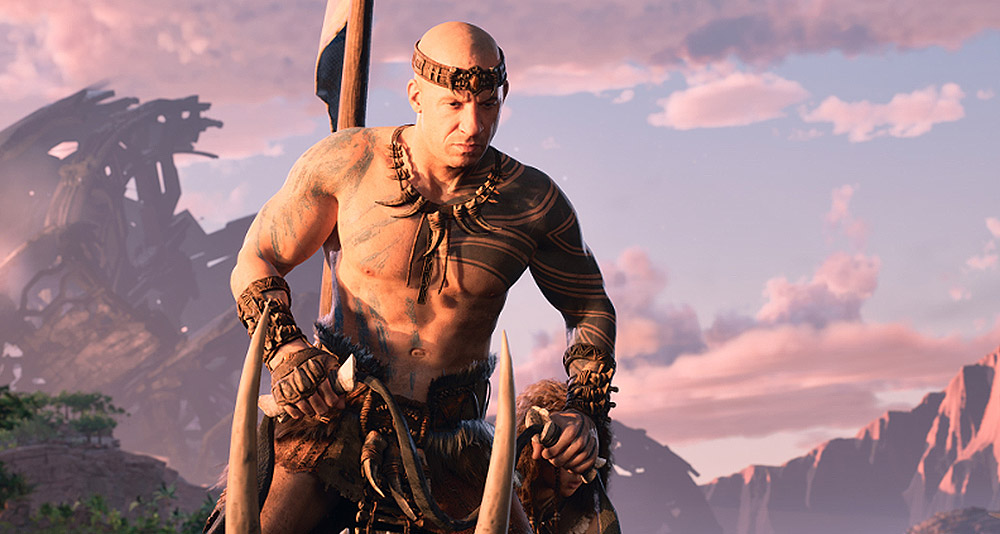 “We believe that ARK 2 will be the ultimate primal survival experience and want to devote the resources needed to bring that to fruition. When you finally take your first steps onto the beautiful and dangerous new world of Arat in 2023, we intend that it’ll have been worth the time to get there,” read the press release.

Beyond just the announcement, Studio Wildcard also broke down some of the mechanics gamers can expect to see implemented in ARK II, which will hopefully be a massive paradigm shift from the existing formula. 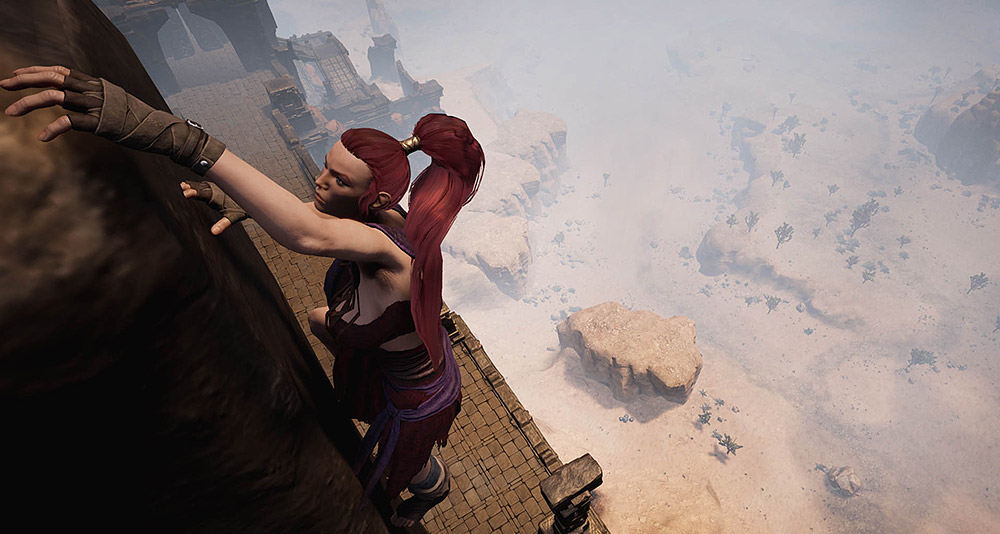 According to the studio, gamers will be able to utilize advanced traversal mechanics such as mantling, free-climbing, parkour, sliding and swinging. Some survival games already implement a few of these mechanics, such as Conan Exiles, which features its own free-climbing system. The rest will hopefully make it easier to escape from dangerous dinos in hot pursuit, among other hazards.

Combat will also be receiving a massive upgrade from the existing formula, which is quite archaic at this point. Studio Wildcard mentioned a “Souls-like” melee combat system which includes target locking, blocks, dodges, combos, staggers and specials, suggesting that the simple hack-and-slash mechanics of the original are a thing of the past. 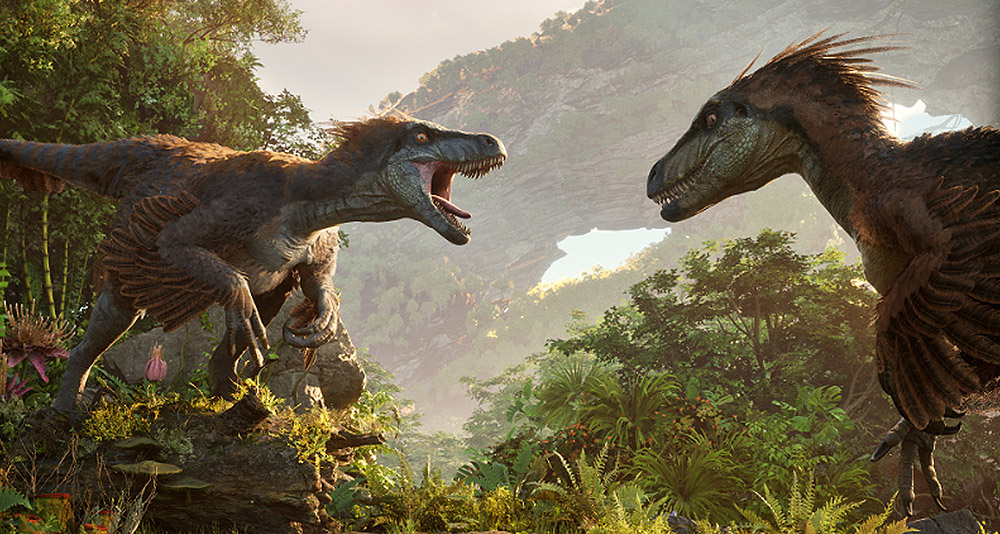 And finally, crafting will take on a whole new approach as well. Gamers will be able to combine modules and materials to create a multitude of gear combinations with their own stats and perks. The exact benefits of each crafted item will depend on the materials in question, encouraging players to visit different parts of the world in search of the rarest.

In terms of enemy mechanics and behavioral patterns, Studio Wildcard promises a huge overhaul of the existing system, courtesy of sensory-based creature AI. Animals will now utilize their senses to hunt prey (that’d be you), including smell. Players will have to learn how to mask their scent to stay hidden, while utilizing camouflage to fool predatory eyes. 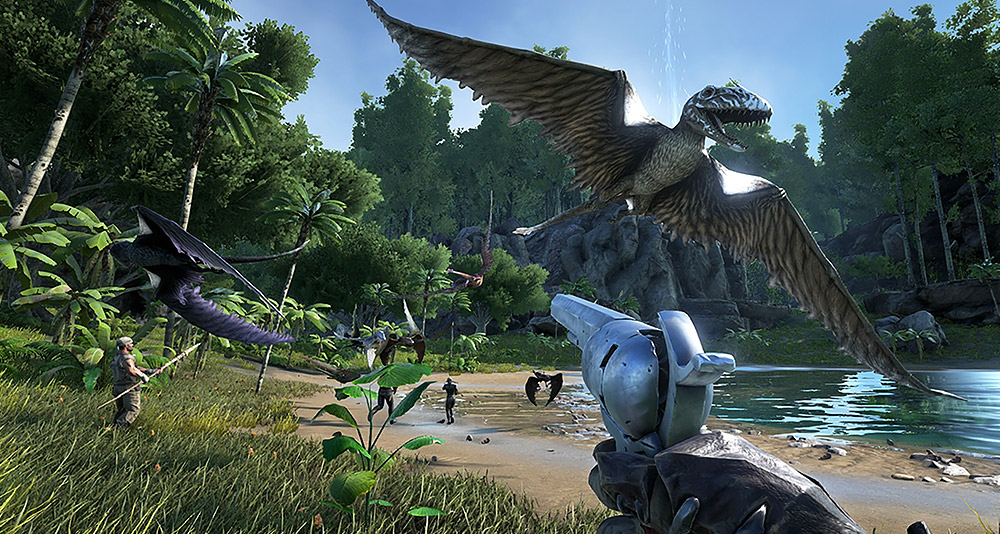 There’s a lot more to come, including a revamped character progression and skill system which might replace the current Engrams seen in the first ARK title. A message from the game’s founders reads, “With ARK 2, we’re seeking not only to enhance the game’s narrative and world-building, but also retouch and improve on all aspects of what constitutes an ARK game.”

In addition to the announcement regarding ARK II’s progression and release date, Studio Wildcard also dove into a little more detail regarding the launch of the animated ARK TV series, featuring the voices of Vin Diesel, Michelle Yeoh, Russell Crowe, Gerard Butler, David Tennant and Karl Urban, to name a few.

From the sound of it, Wildcard is keen to upgrade the entire survival game experience for a new generation, but that’s quite a tall order. Whether they can pull it off is anyone’s guess, but the announcements do sound exciting. Equally positive is the decision to upgrade the game to Unreal Engine 5. 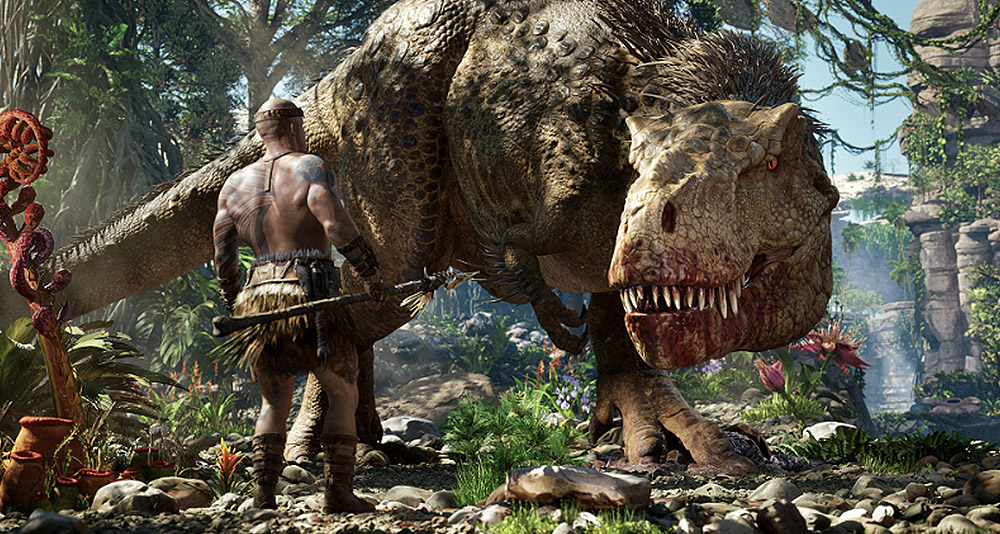 Under this new graphics engine, the studio promised that foliage will bend and move realistically as animals and players walked through it, while water will flow realistically around obstacles. Localized weather systems, volumetric storm clouds, and a photorealistic lighting system are all on the ballot as well.

The original ARK was built on Unreal Engine 4 technology. 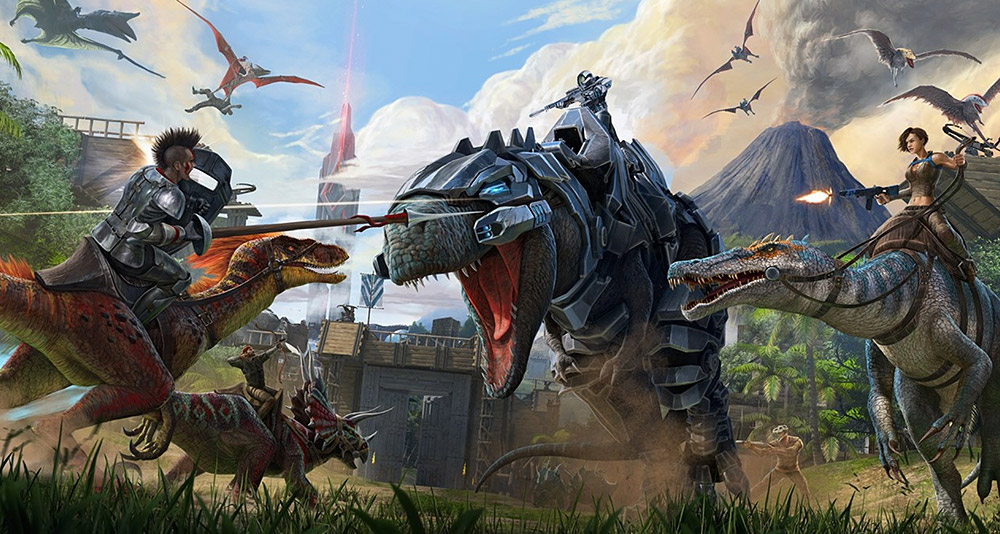 Less certain is how longtime ARK fans will react to the new game, and whether they’ll embrace all the changes, or loathe the differences. Nobody can deny that ARK‘s gameplay mechanics are long in the tooth, but many gamers are quite fine with it. Studio Wildcard has also taken flack over the years for nerfing the game with various controversial updates.

This time ’round, the studio might see fit to turn ARK over to the player base, much like Bethesda did with Skyrim. With only slight coding tweaks and some bug patches, ARK could very well become a modder’s paradise, particularly if Wildcard’s promised cross-platform mod support works out as advertised. 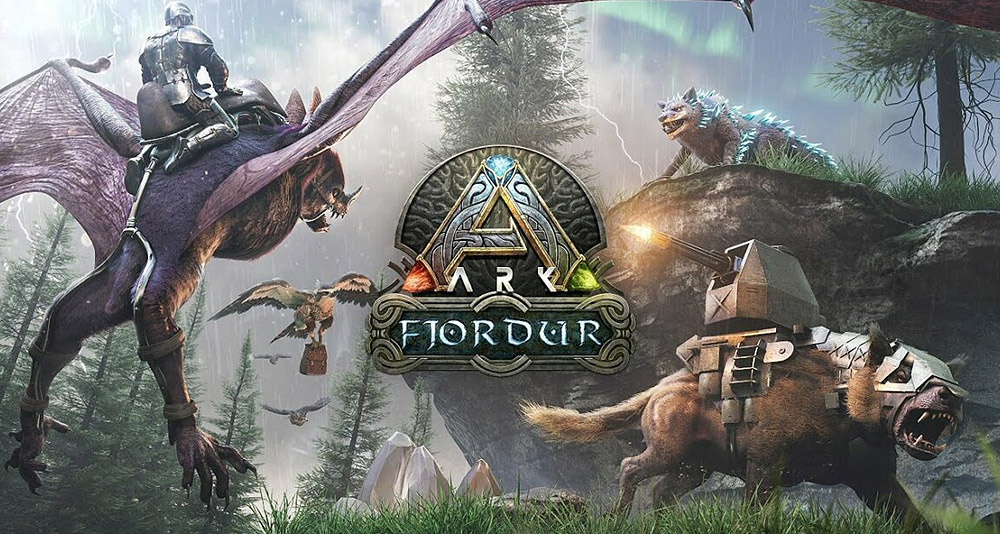 Hopefully more info about ARK II will drop over the next few months to give players an idea of what’s in store. In the meantime, gamers can explore the Norse-inspired Fjordun map, tame more dinos, and conquer yet another world, whilst grinding for materials to build that perfect mountainside fortress.

To read the official ARK II announcement from Studio Wildcard in its entirety, follow this link. The original ARK is also currently free to download on Steam, making it a great time for new players to jump on board and give it a try. The offer expires on June 19th, 2022.