Christopher Priest is the new writer of Black Adam, and he explores the question of whether the antihero can be redeemed in his series, drawn by Rafa Sandoval. 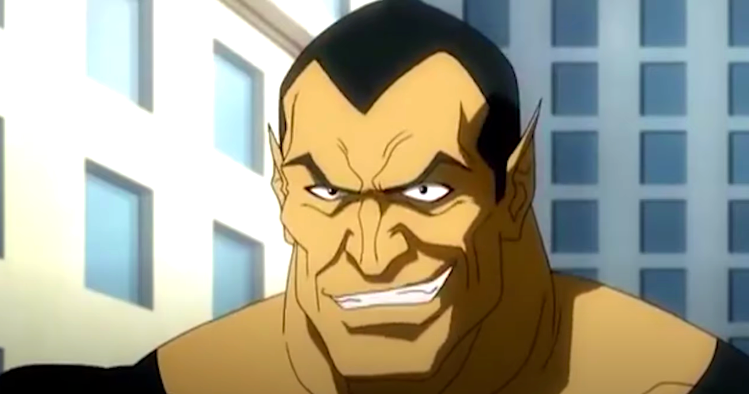 To get to the answer, Priest is taking the man from Kahndaq to the brink of death, while introducing his descendant who will inherit his power and become his replacement.

“There is no forgiveness for Black Adam,” says the solicitation for Black Adam #1. “This is the reality Teth-Adam, an immortal man of indomitable will, must face when he discovers he has been infected with an incurable plague destroying his immortality.”

But first, an unforeseen snafu entangled them in a bond akin to the Dynamic Duo, and far more volatile. 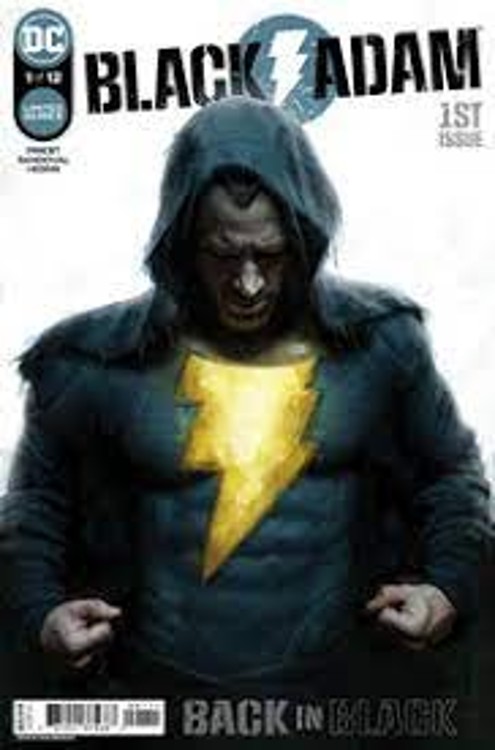 The description continues, “Haunted by the specter of centuries of dark deeds, Black Adam transfers his powers to a worthy successor who will redeem Adam’s legacy and defend their ancestral homeland of Kahndaq, only to subsequently become mystically handcuffed to him when Adam’s plague is arrested, giving birth to perhaps the most volatile and dysfunctional super-team in DC history!”

The partner, and soon to be much more to Black Adam introduced in the first issue now on sale is Malik-Adam, who by issue #4 – in an early spoiler – will be christened Thunderbolt, or “Bolt” for short.

DC released the solicitation for the fourth issue recently, and it refers to Malik as Adam’s “youthful successor.” Ready for that burden or not, Malik also has the tough test of Etrigan to prove his worthiness. 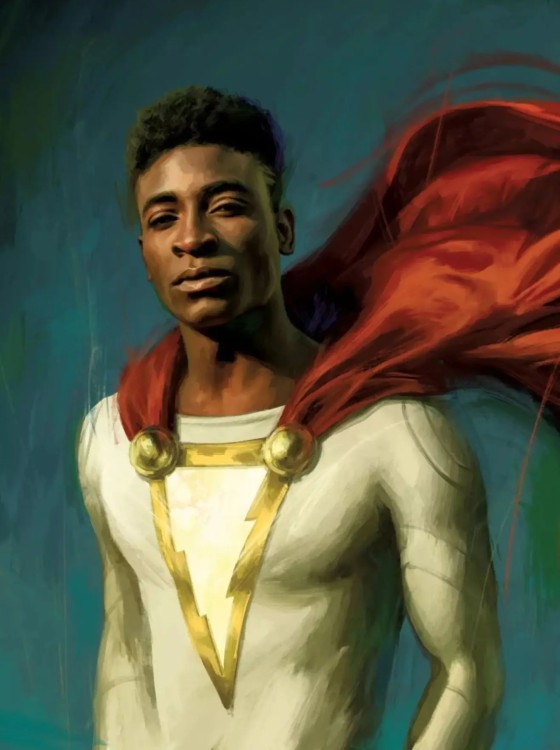 “Adam has dispatched Etrigan the Demon, an unlikely ally, to either train his youthful successor or kill him,” it says.

Teth-Adam is haunted by his millennia of sins, including a race of demigods he may or not have let loose on the world ages ago, but the Original Sin he must atone for here is the murder of his nephew Aman, which he committed when the boy was bestowed the power of Shazam.

“Malik represents Black Adam’s second chance, Black Adam’s origin, for those of you who don’t know is that the wizard Shazam chose this slave boy named Aman to receive the Shazam power and to be his champion,” Priest explained to Comicbook.com. 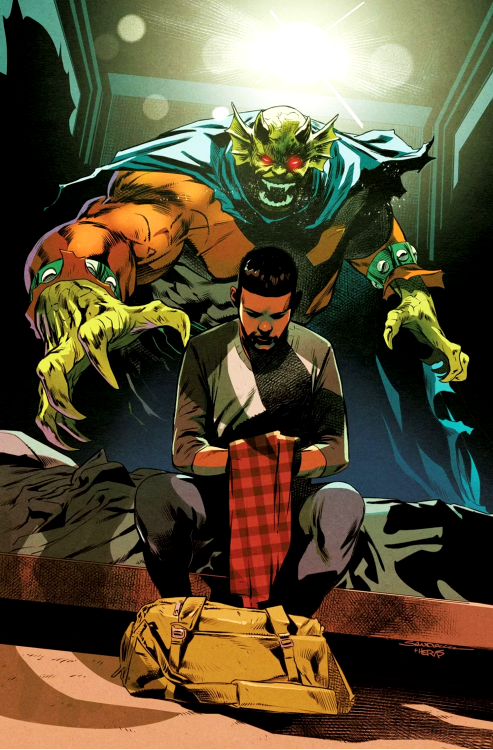 RELATED: A Golden Age Jack Kirby Comic Inspired A Priest On The Path To Sainthood

“And Teth-Adam is Aman’s uncle, and Teth-Adam helped Aman escape slavery. Aman decided he wanted to share the power with his uncle. ‘Why don’t we both have the power, and we’ll be like Batman and Robin,’ and Teth-Adam’s like, ‘Okay, cool’,” he continued.

Tragically, Teth had other ideas. “So Shazam says, ‘Speak my name, and you both shall receive the power’, and at the moment that he spoke the Shazam word, Teth-Adam reached around and snapped the boy’s neck, and killed him, because he wanted to power for himself,” Priest said.

Black Adam wishes to make amends and put right what is wrong. Malik may do that and become a real hero, the kind Kahndaq and the world need. 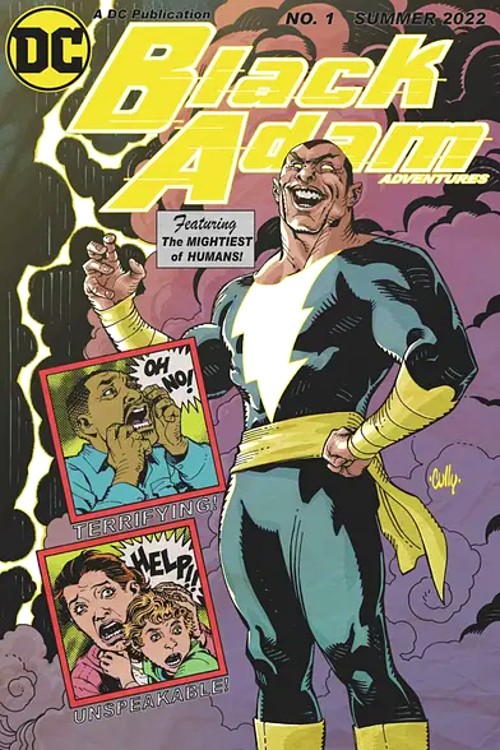 The kid appears to be on the right track if the symbolism of his costume is anything to go by. In a cerebral testament to his righteousness, Malik-Adam wears a bright white costume that symbolizes the inverse of Teth-Adam.

Similar to Jonathan Kent and other replacements for popular characters, “Thunderbolt” Malik-Adam takes on a greater share of Black Adam’s responsibilities starting in issue #4 which goes on sale in September – mere weeks before the Black Adam movie starring Dwayne Johnson hits theaters.

NEXT: Dwayne “The Rock” Johnson Says His Production Company Will Use Rubber Guns Instead Of Real Guns Moving Forward