Lightyear director Angus MacLane decided to go after critics of his film after it got embarrassed at the box office by Minions: The Rise of Gru.

Lightyear opened at the box office to a dismal $50.5 million according to The-Numbers and never found it legs as it saw a 64% drop in its second weekend only bringing in $18.1 million. By its third weekend it dropped another 64% to only bring in $6.4 million.

In contrast, Minions: The Rise of Gru matched Lightyear’s entire domestic run in its opening weekend bringing in $107 million.

The film’s total domestic gross currently sits at $140.6 million and its international gross is at $93.7 million. Combined the film has a worldwide gross of $234.3 million.

MacLane would lash out at critics of Lightyear and especially those comparing Lightyear to Minions: Rise of Gru retweeting Lon Harris who claimed people who are comparing the two films are “poisoned.”

Harris wrote, “Gonna get 100% serious for a moment. If you are reading this, and you think LIGHTYEAR vs. MINIONS represents a real political or social debate, such that you can read deeper meaning into their box office totals, log off the internet immediately. You have been poisoned.” 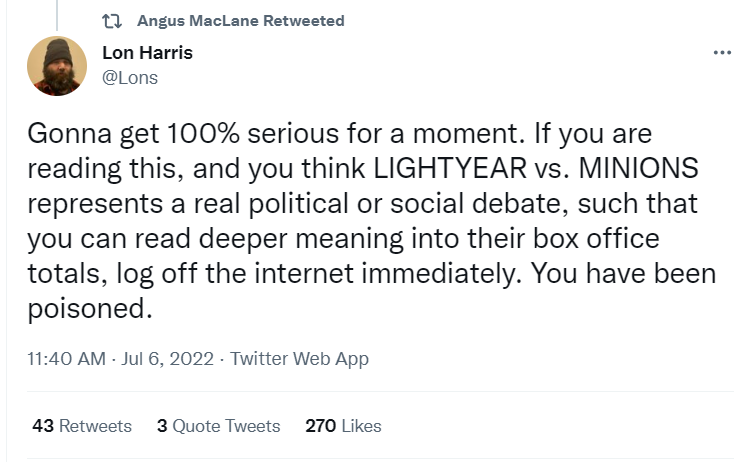 Not only did MacLane use Harris as a proxy to attack critics, but he described people who were giving Lightyear low reviews on IMDb as trolls.

MacLane responded to a user inquiring why reviews were so low on IMDb tweeting, “Short answer: much like the second chapter of THE HOBBIT, it mainly has to do with trolls.” 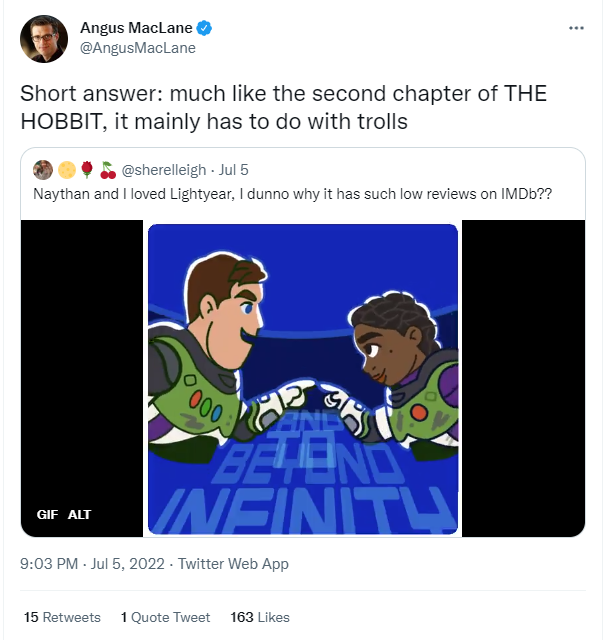 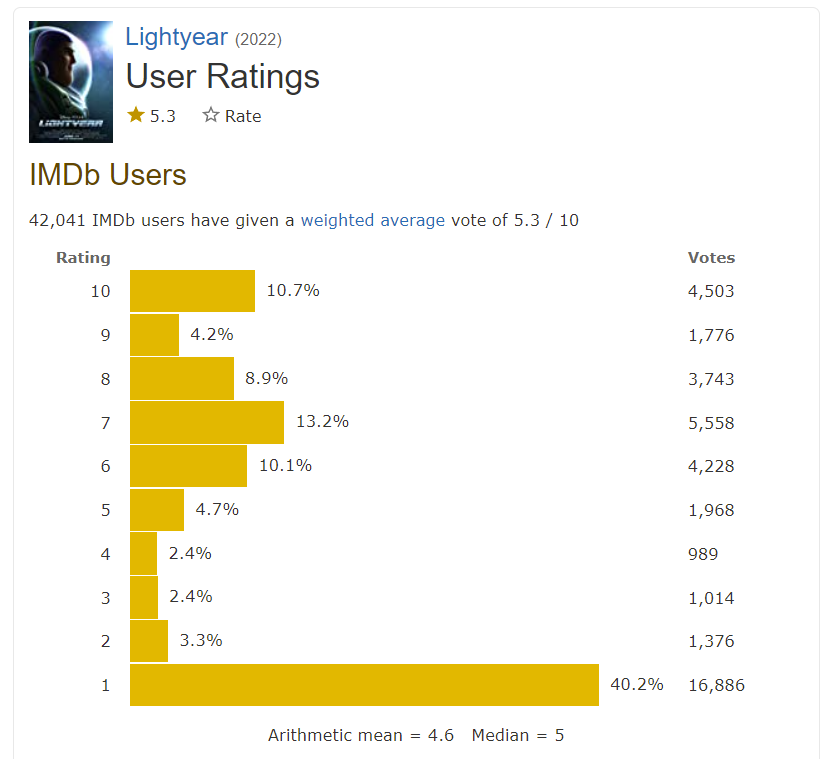 Interestingly, the poor reviews are across demographics as the the film only received average scores over 6 from females between the ages of 18 and 44. 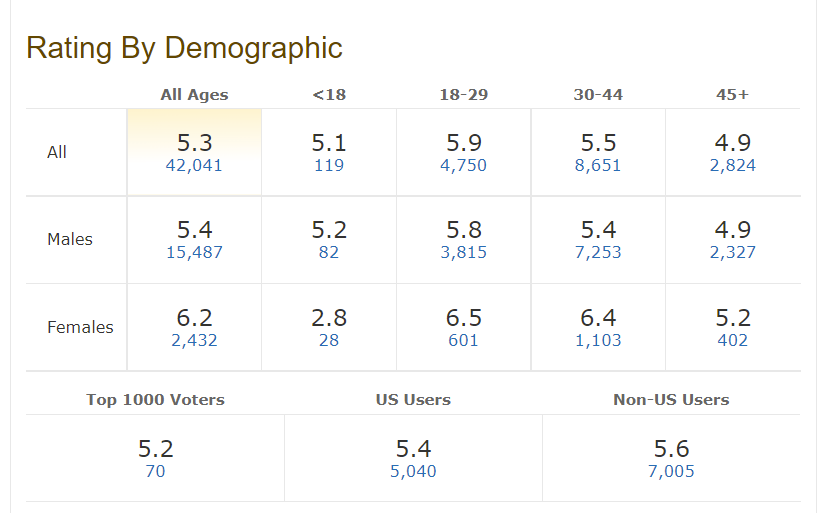 The review score on IMDb is not that much lower than aggregate scores found on other review websites. on Rotten Tomatoes, the film’s verified audience score sits at 85% with an average rating of 4.2 out of 5.

However, the All Audience score sits at 67% with an average rating of 3.5 out of 5. A score that is marginally higher than the Top Critics Tomatometer score which sits at 62%.

The IMDb user score is actually higher than the Metacritic User Score.

The User Score sits at 4.2 on Metacritic with 68 positive reviews, 23 mixed reviews, and 92 negative reviews. 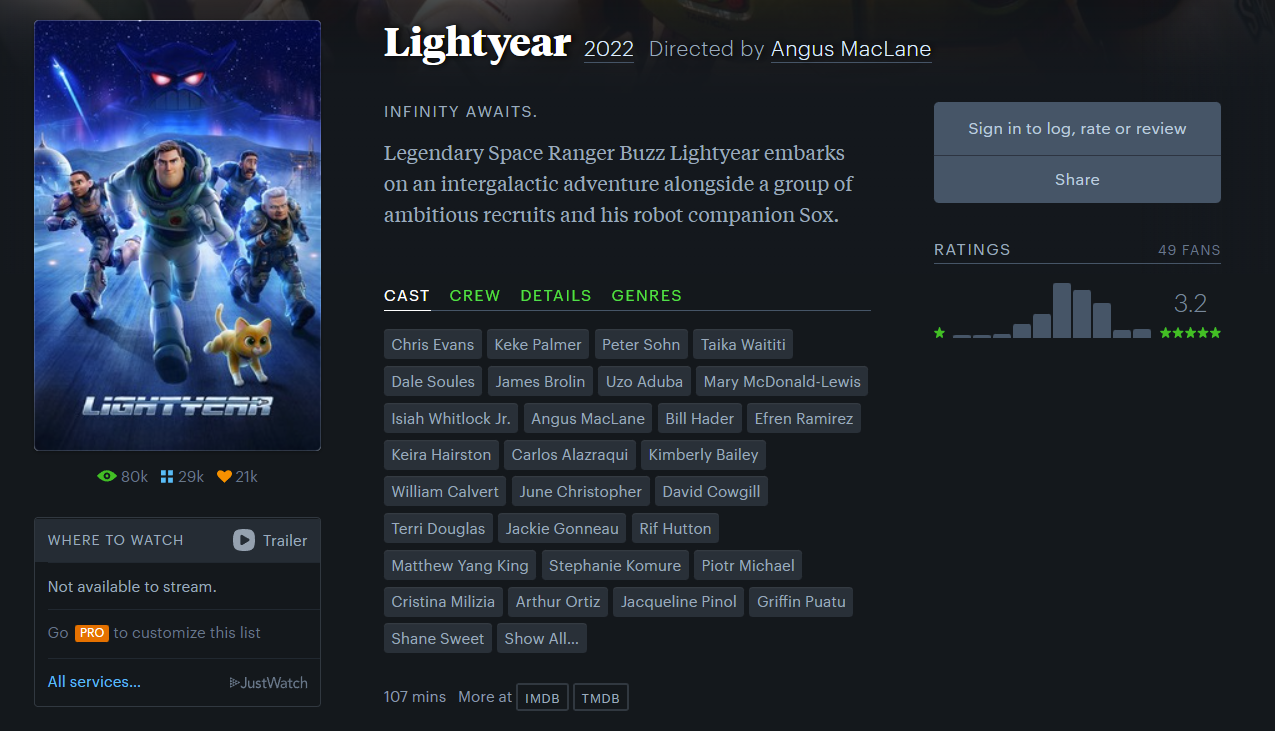 Aside from attacking critics, MacLane would also try to rebuff criticism regarding Disney’s stated policy of grooming young children through their content that they most assuredly attempted to do in Lightyear.

He tweeted, “Why do you have to insert politics into science fiction.” 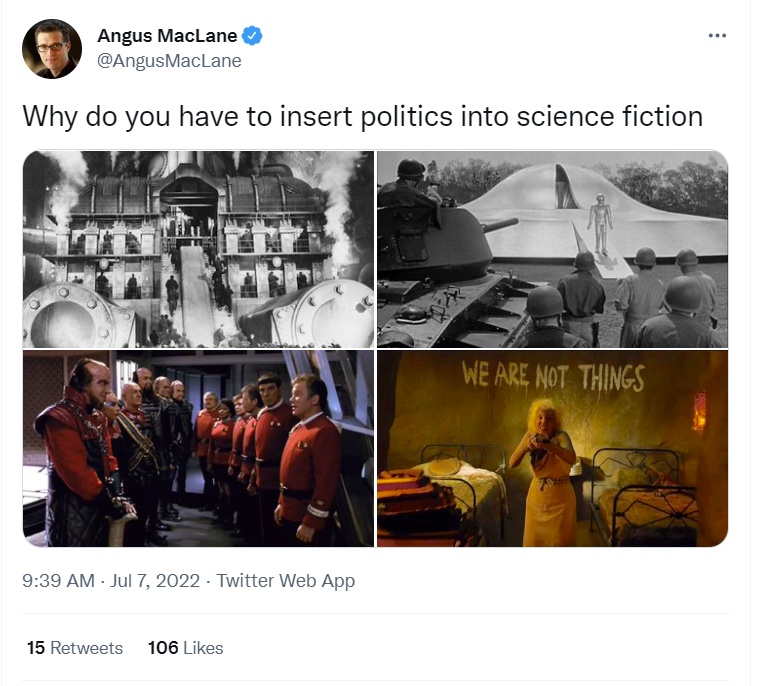 What do you make of Angus MacLane’s attack on critics of Lightyear?