Let’s hope Senpai is ready for a second attack from Nagatoro, as the official website for the anime adaptation of Nanashi’s romantic comedy Don’t Toy with Me, Miss Nagatoro has confirmed the date for the Queen of Tease’s return to the small screen. 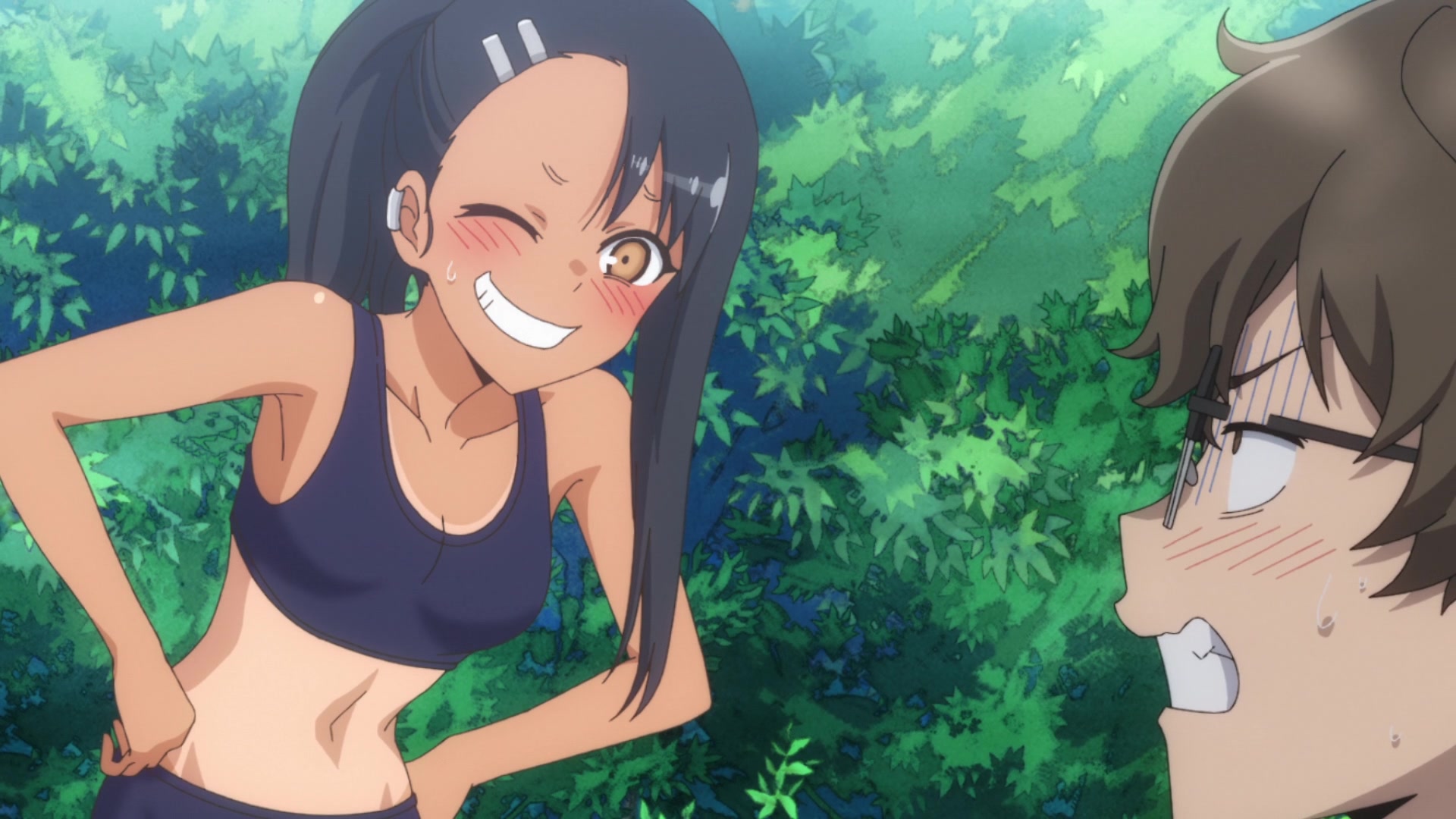 Source: Don’t Toy with Me, Miss Nagatoro Season 1 Episode 10 “You Seem Pretty Stiff, Senpai/I’ll Do It For You, Senpai!” (2021), Telecom Animation Film

On June 30th, the series’ official website announced that the second season of  Nagatoro’s exploits, aptly subtitled “2nd Attack”, will make its debut in January 2023.

Additionally, the production team released a new key visual for the season depicting a mischievous Nagatoro (CV: Sumire Uesaka, Lum in Urusei Yatsura (2022)) looking over a surprised Naoto’s (CV: Daiki Yamashita, Izuku Midoriya in My Hero Academia) shoulder as he is drawing a picture in the art room. 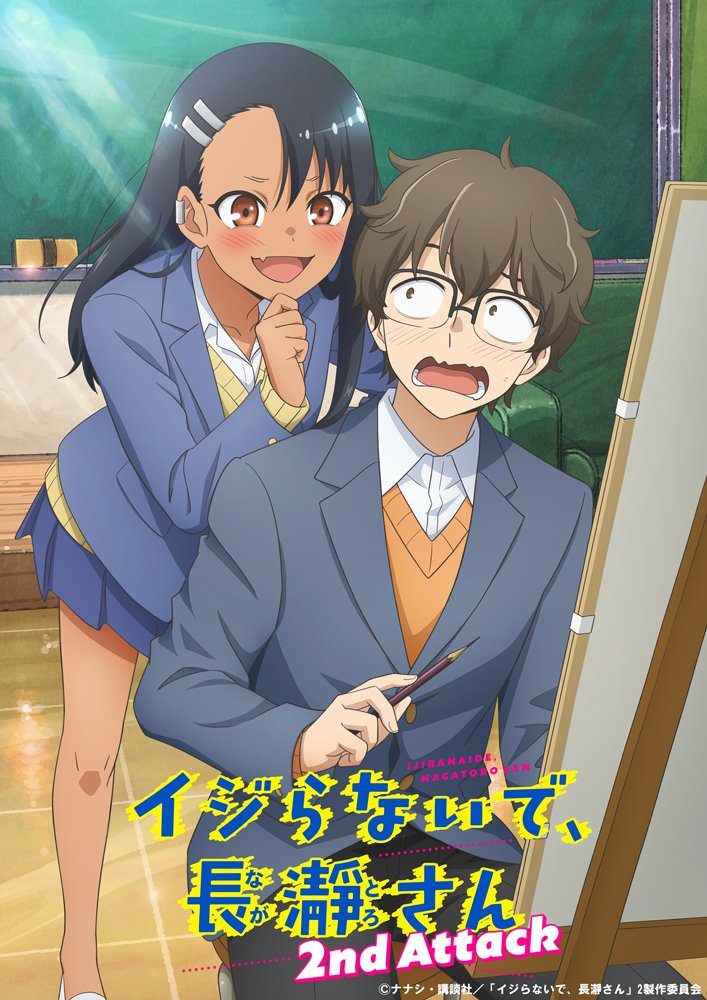 In honor of the news of Nagatoro’s return to the anime scene, original series mangaka Nanashi tweeted out a special illustration of the title character and exclaimed, (translated via DeepL) “Second season of the Don’t Toy With Me, Miss Nagatoro TV anime will start airing in January 2023. thank you! 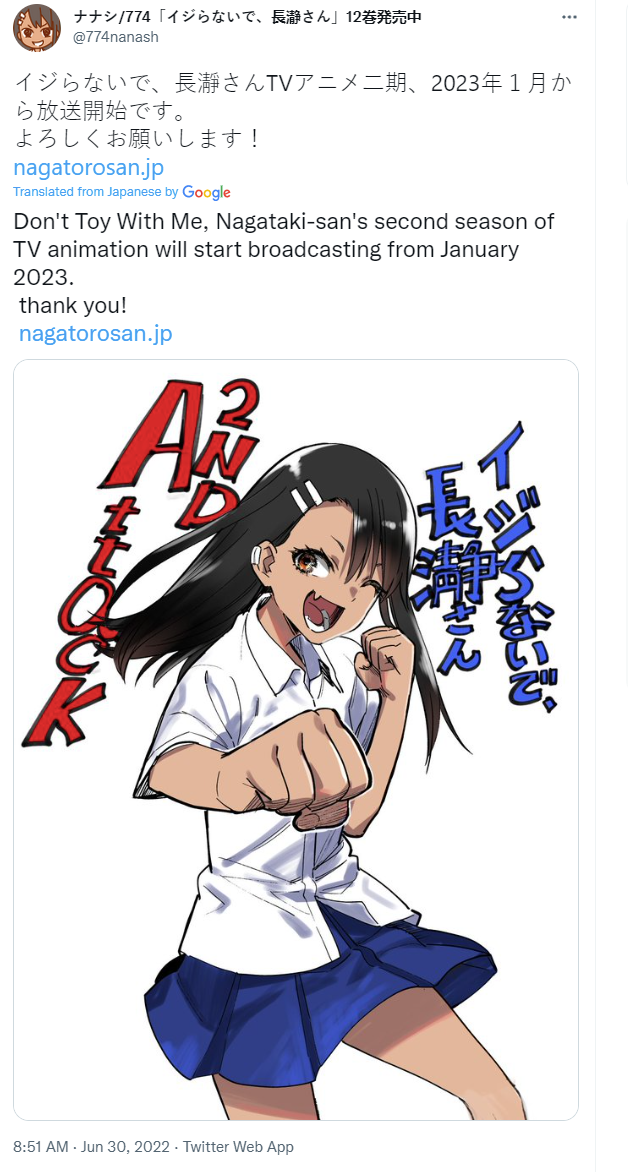 Likewise, series composer Taku Kishimoto tweeted, “I was in charge of the screenplay. As a fan myself, I look forward to seeing what director Ushiro has in store for us!”

With the exception of director Hirokazu Hanai and the animation studio Telecom Animation Film, the entire production team from Nagatoro’s first season is set to return for the show’s second season.

Shinji Ushiro, who has previously directed Omamori Himari, Yo-kai Watch and Strait Jacket, will take over for Hirokazu Hanai as series director while OLM will take over animation duties from Telecom Animation Film. 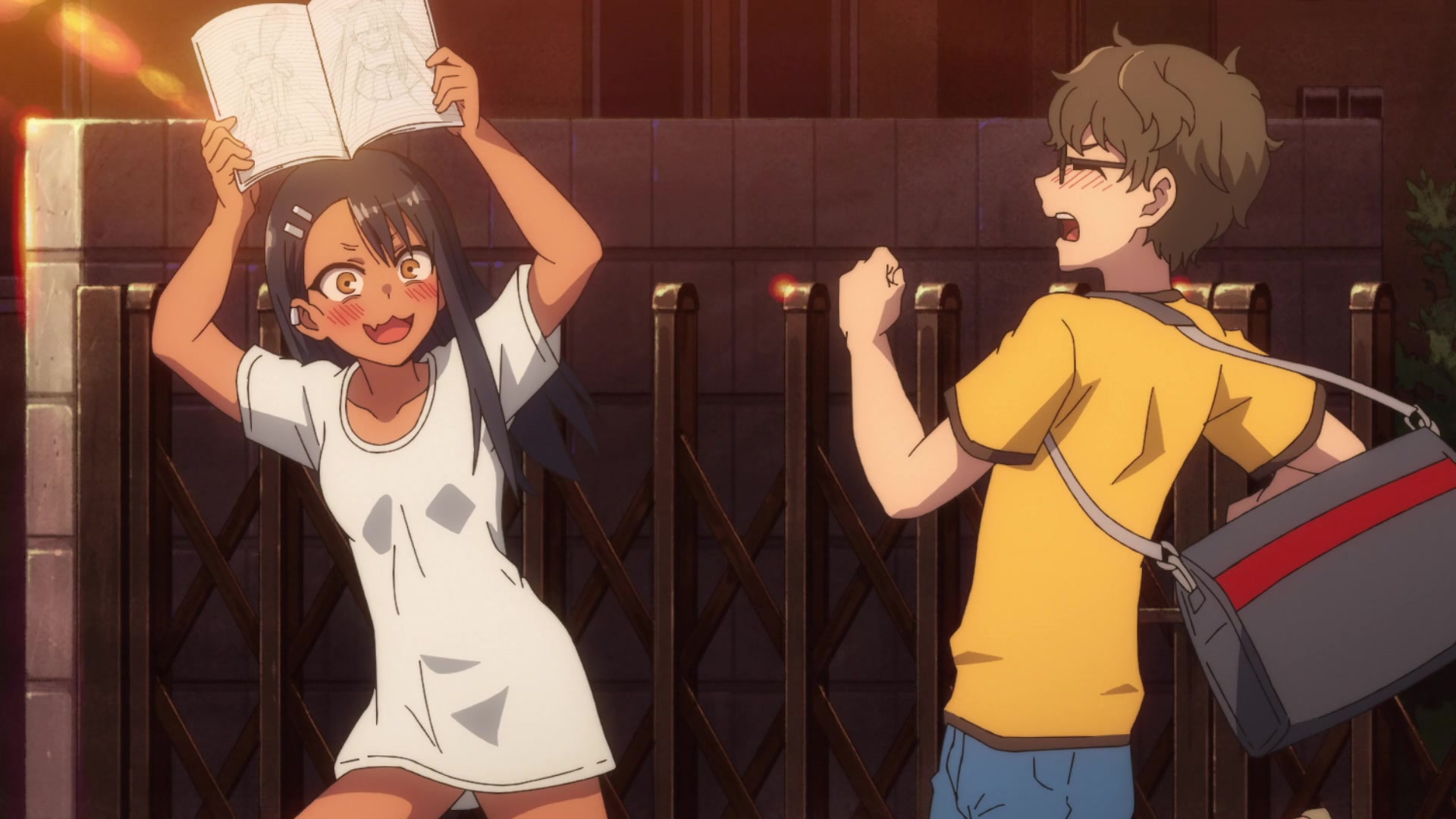 Are you excited for the return of Nagatoro?  Let us know in the comments and social media

NEXT: Captain Tsubasa Mangaka And Organization Warn Users Not To Purchase Unauthorized NFTs