Pixar is usually known for making heartfelt character movies that embody the spirit of childhood, and it’s been their bread and butter since the beginning. However, their newest film Lightyear takes a different approach to storytelling, and it hasn’t exactly gone over like gangbusters.

Rather than putting characterization at the forefront of the story, Lightyear leans more heavily into the sci-fi genre itself, and all of the works that have followed since its inception. From start to finish, the film is stuffed with homages and influences that are huge winks to sci-fi fans both old and new. 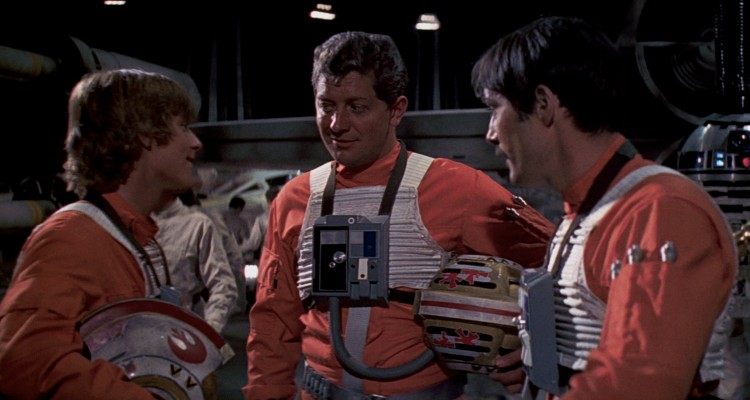 In Star Wars, Luke Skywalker wears several well-known outfits including a white tunic, and the black outfit he wore as a fledgling Jedi. Another iconic costume featured in the franchise is the orange jumpsuit he wore as an X-Wing pilot in the first film.

A replica of that outfit is worn by Buzz when he goes on his test flights. This is not so much of an influence as much as it is an indirect homage to the Star Wars costume. It had a specific purpose as a pilot’s uniform, which is a shared reason why Skywalker wore it as well. 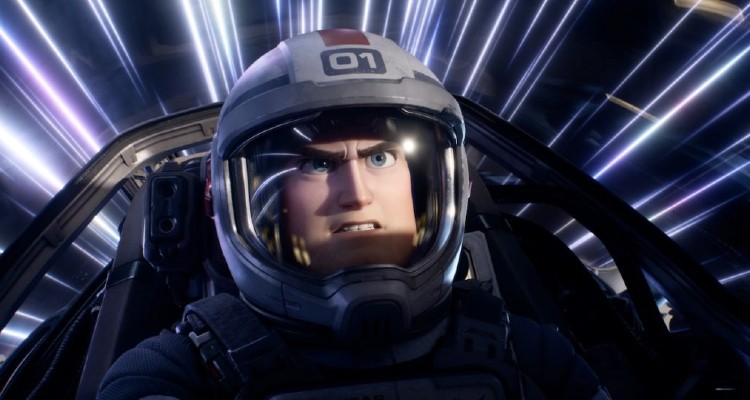 Time has always been a favorite subject of science fiction writers, but the concept gets especially tricky when dealing with space travel. The movie Interstellar places a big focus on time travel as its main characters get further and further away from Earth.

Lightyear obviously doesn’t follow the same plot as Interstellar, but the theme and journey of its main character is roughly the same. Buzz has to deal with the ramifications of space and time travel as everyone he knows and loves ages quicker than him, very similar to Interstellar. 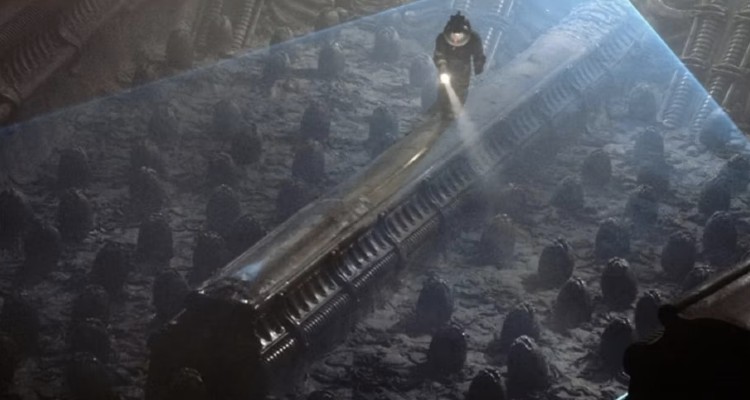 Nobody does eggs quite like the Alien franchise. From the very first installments of the film series, the alien eggs have played a huge role, and influenced many different stories in the sci-fi genre. Lightyear is no different.

Although this film tweaks the use of eggs a bit from Alien, the influence is still largely there. Buzz and his crew have to carefully tiptoe through a warehouse of hibernating aliens that could rise at any minute. The scene is eerily reminiscent of seeing characters in the Alien franchise traverse a room full of eggs just waiting to hatch. 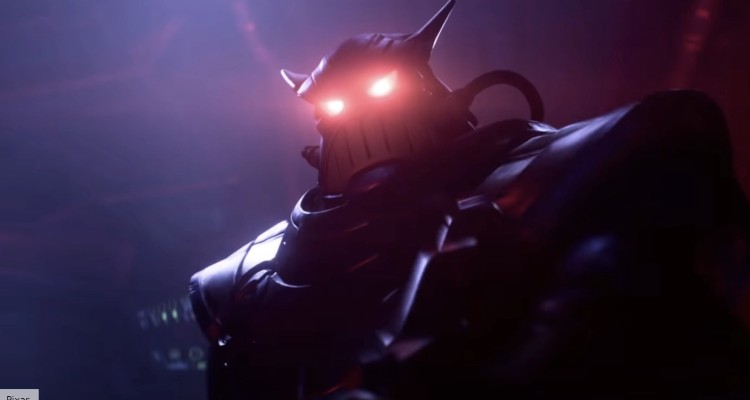 Any Toy Story fan can tell you that Buzz Lightyear’s nemesis is the evil Emperor Zurg. He’s appeared in many different installments, so he obviously had to make an appearance in this film. The only question was what type of twist would he be given in order to make the villain fresh and original.

The answer was to actually make Zurg a suit that’s being worn. Technically, his name is not even Zurg, but merely the word being said by all of his robotic soldiers, but the influence of giant mechanized suits is prevalent all over the sci-fi world from Aliens, to Avatar. As far as Lightyear goes, the film’s director has gone on record stating that anime franchises like Robotech, which brought mech suits into the mainstream, were a big inspiration. 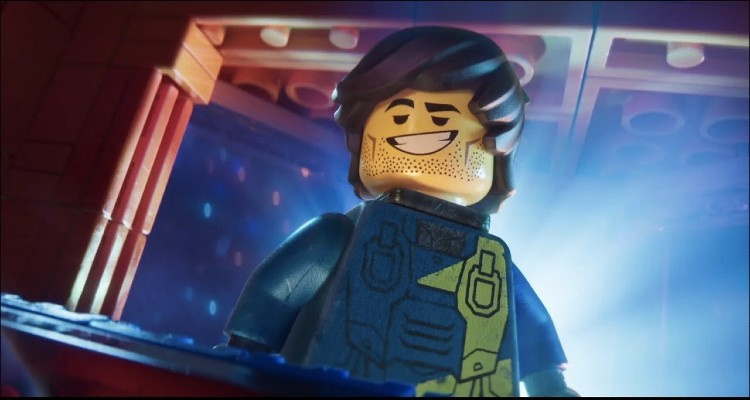 The second twist to come out of Emperor Zurg wasn’t just that he was a suit, but who was actually inside of it. The answer is a future version of Buzz Lightyear that came back in order to undo the past. This is a twist eerily reminiscent of a fairly recent sci-fi movie – Lego Movie 2.

In that film, Chris Pratt’s character goes back in time to stop him from having a lonely, unfair life. The older Buzz Lightyear’s motivations in this film are largely the same. The time travel implications of having a future version of the main character be the villain is pretty complex for a children’s movie, but both Lego Movie 2 and Lightyear managed to pull it off well.

5) A Surprising Return (Planet Of The Apes) 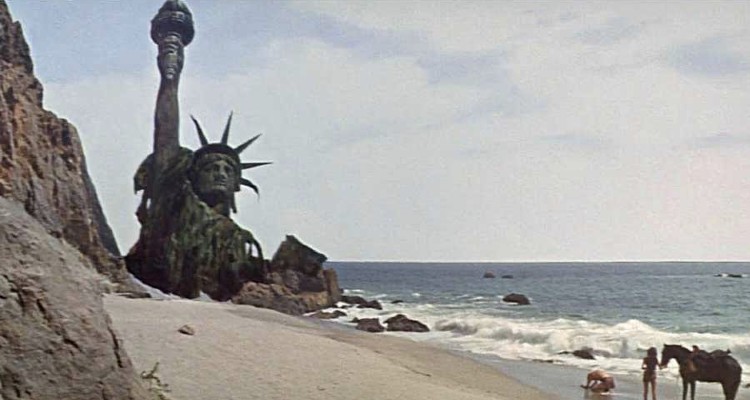 Source: Planet of the Apes, Fox

The act of returning to a planet only to see that it has changed drastically is a popular motif in the sci-fi world that was started first by films like Planet of the Apes. This didn’t just happen once in Lightyear, but several times as Buzz had to return to the planet on many occasions to find time had changed the situation dramatically.

Originally, the fact that the planet of the apes is actually Earth is a twist. Lightyear treats it more like a plot, and the story doesn’t even take place on Earth at all. Still, the influence is there, and wouldn’t be possible without films like Planet of the Apes to set the bar.

RELATED: Emperor Palpatine Chose The Right Apprentice For Each Phase Of His Plan To Conquer And Rule The Star Wars Galaxy 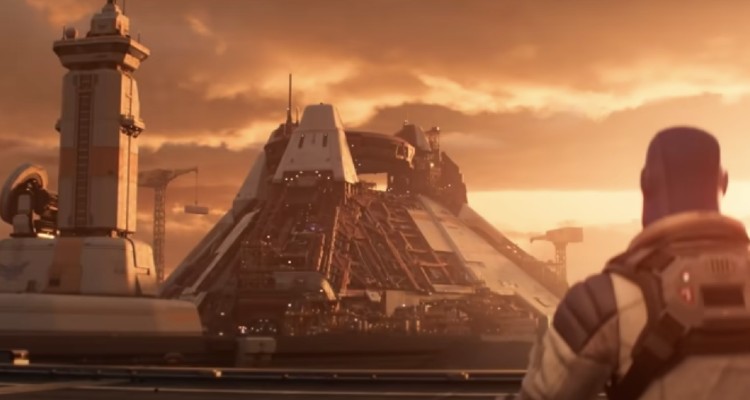 Besides story structure and characterization, the overall production design of this sci-fi world is largely influenced by other sci-fi worlds that came before it. A lot of the ships, suits and weapons seem reminiscent of designs from the video game series Halo.

Ironically, Halo itself was heavily influenced by Starship Troopers, which was also influenced by Aliens. This just goes to show that fans of one franchise can be influenced, and have their taste bleed into another. No story or work is developed in a vacuum. Designs are constantly building from one to another to create a look that is both familiar and original at the same time. 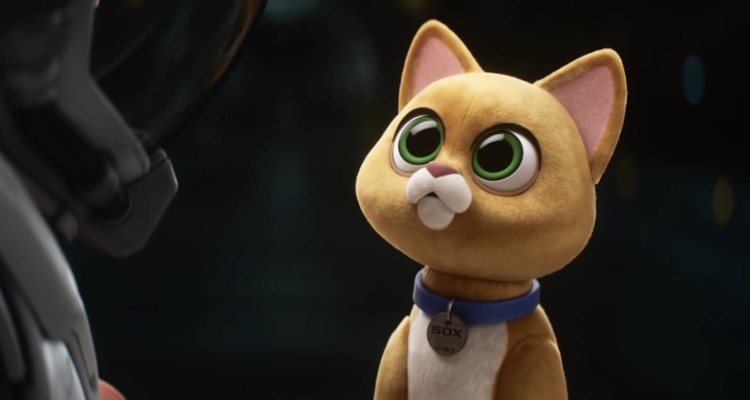 For some reason, orange cats and science fiction go hand in hand. One appeared in Captain Marvel, as well as Men in Black. Perhaps the most famous one, and the one that started the trend in the first place, is Jonesy from the very first Alien.

The cat in Lightyear serves a very different purpose as a robotic companion that actually helps Buzz a tremendous amount along the way. It can’t be overlooked that the design of the cat was a deliberate choice. He could have been anything – a dog, lizard, or even a robot. The fact that they chose an orange cat is an obvious homage. 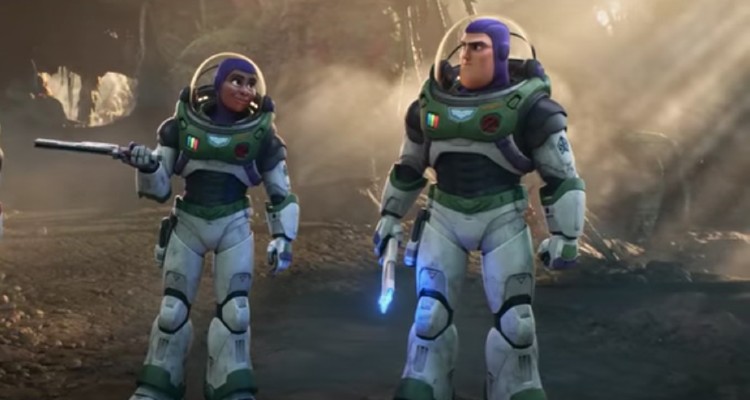 It doesn’t take a sci-fi fan to recognize that Star Wars set the bar for laser swords. The two have become so synonymous with one another that it’s hard to recognize any laser sword as something other than a lightsaber. Different sci-fi stories try to put a twist on the laser sword to be original, and Lightyear does a surprisingly decent job with theirs.

Their version of the laser sword – a Laser Blade – shows up fairly early on as Buzz and crew use it to clear brush in an alien jungle. It’s not a laser sword exactly, but the unique design is exactly what the movie needed, while also paying homage to the classic weapons that came before it. 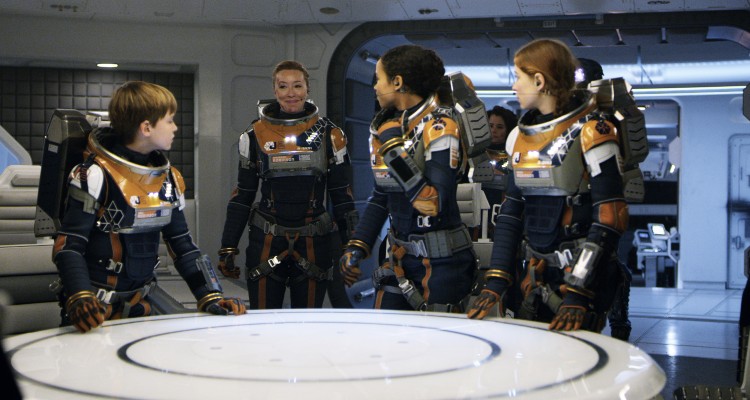 This is probably the biggest element of the plot that was borrowed from another franchise. The premise of Lost in Space is pretty much right there in the title, and this is exactly the problem Buzz and crew have to overcome in the film as they try to escape the planet they are stranded on.

It doesn’t matter if it’s the original show, the film adaptation, or the rebooted series; Lost in Space at its heart is primarily about making the most out of a bad situation. It’s not about giving up hope, but understanding that hope is just one aspect of surviving. And that’s what Buzz has to learn throughout the film as he grows a fondness for the other characters he’s stranded with.