The depiction of Princess Leia in her slave outfit, as featured at the forefront of the iconic theatrical poster for Return of the Jedi, has been censored on a new piece of licensed Star Wars merch. 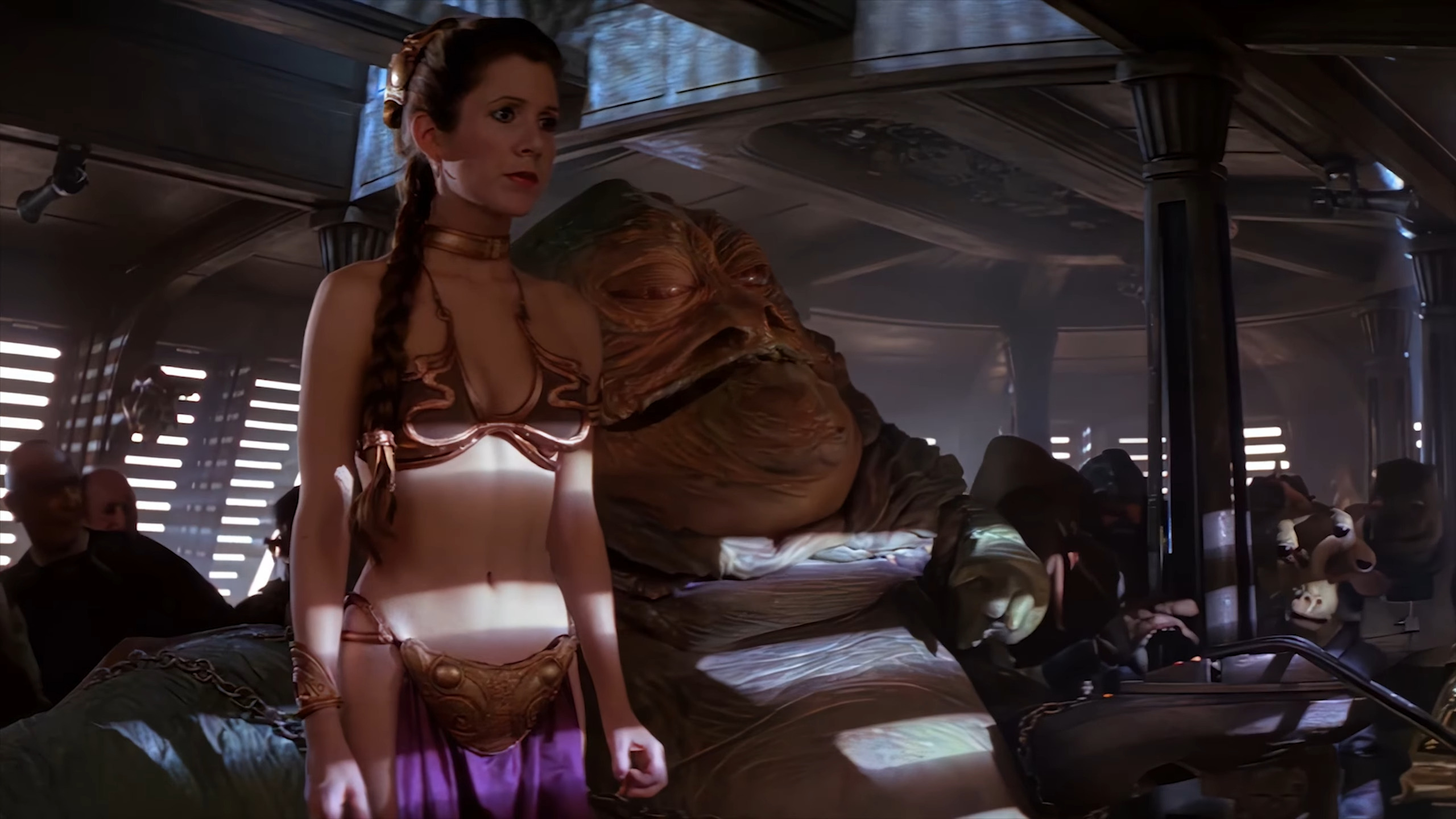 Known as the film’s ‘Style ‘B’’ poster, the illustration originally produced by Japanese artist Kazuhiko Sano features Princess Leia, clad in the attire forced upon her during her time as Jabba’s captive, standing front and center amidst Return of the Jedi’s principal cast. 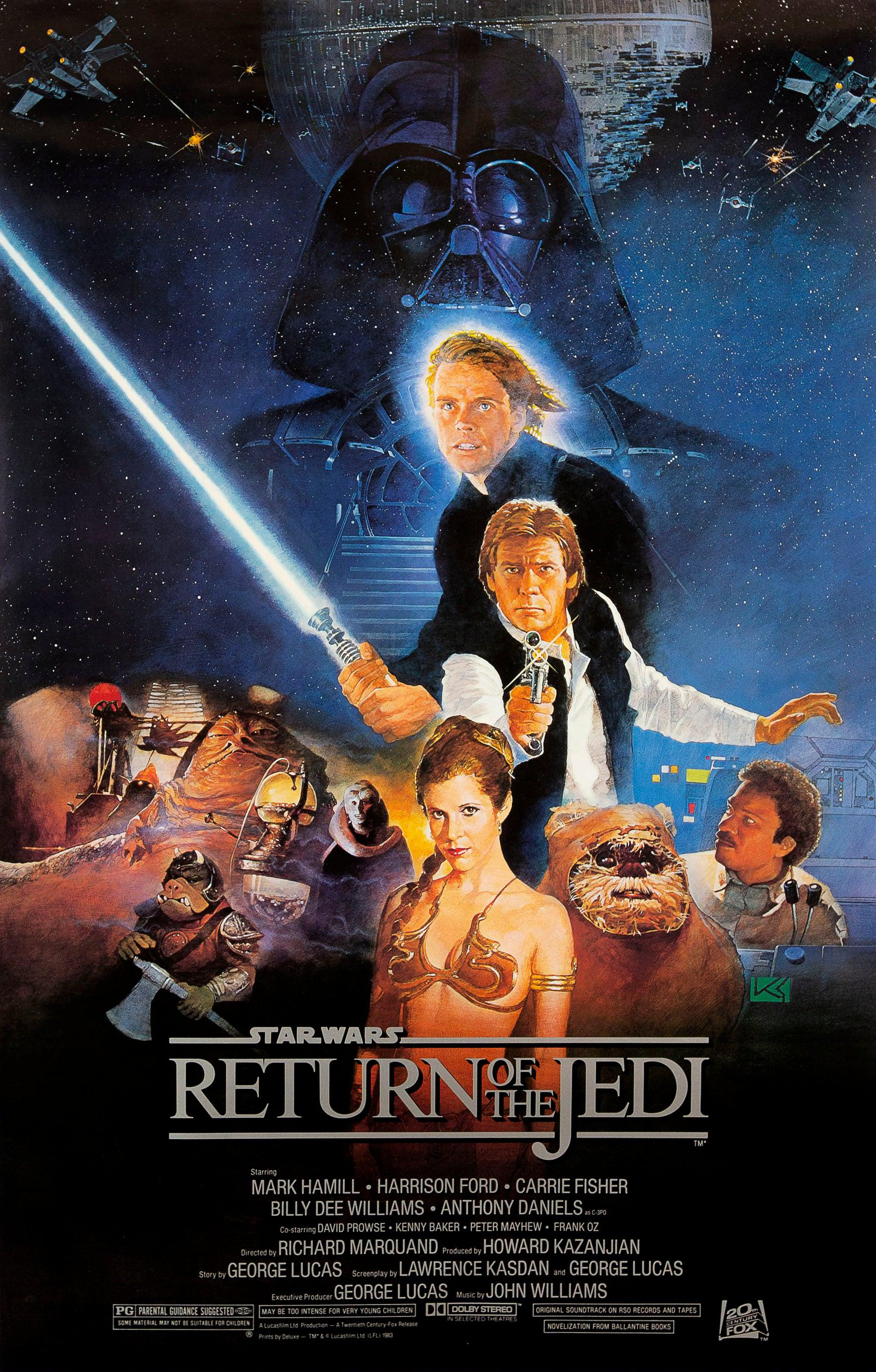 However, as discovered by StarWarsInterviews.com founder and proprietor Dennis Pellegrom, the iconic image has been censored for Disney’s recent collaboration with fashion brand RSVLTS – pronounced, as the company notes, “[rose-uh-velts]”.

Retailing for $70 USD as a polo or short sleeve button up, the latter for either men or women, or $65 as a pair of shorts, the pattern featured on the brand’s Star Wars x RSVLTS “The Trilogy” line is described as being “inspired by the original movie posters and some key scenes from Star Wars: Episode IV — A New Hope, Star Wars: Episode V — The Empire Strikes Back, and Star Wars: Episode VI — Return of the Jedi.”

“This shirt is the ultimate tribute to the original three films of the epic saga,” adds RSVLTS. “Celebrate the stories that started it all with Luke, Leia, Han, Vader, Lando, Chewie, R2-D2, C-3PO, Boba Fett, and a handful of Ewoks.” 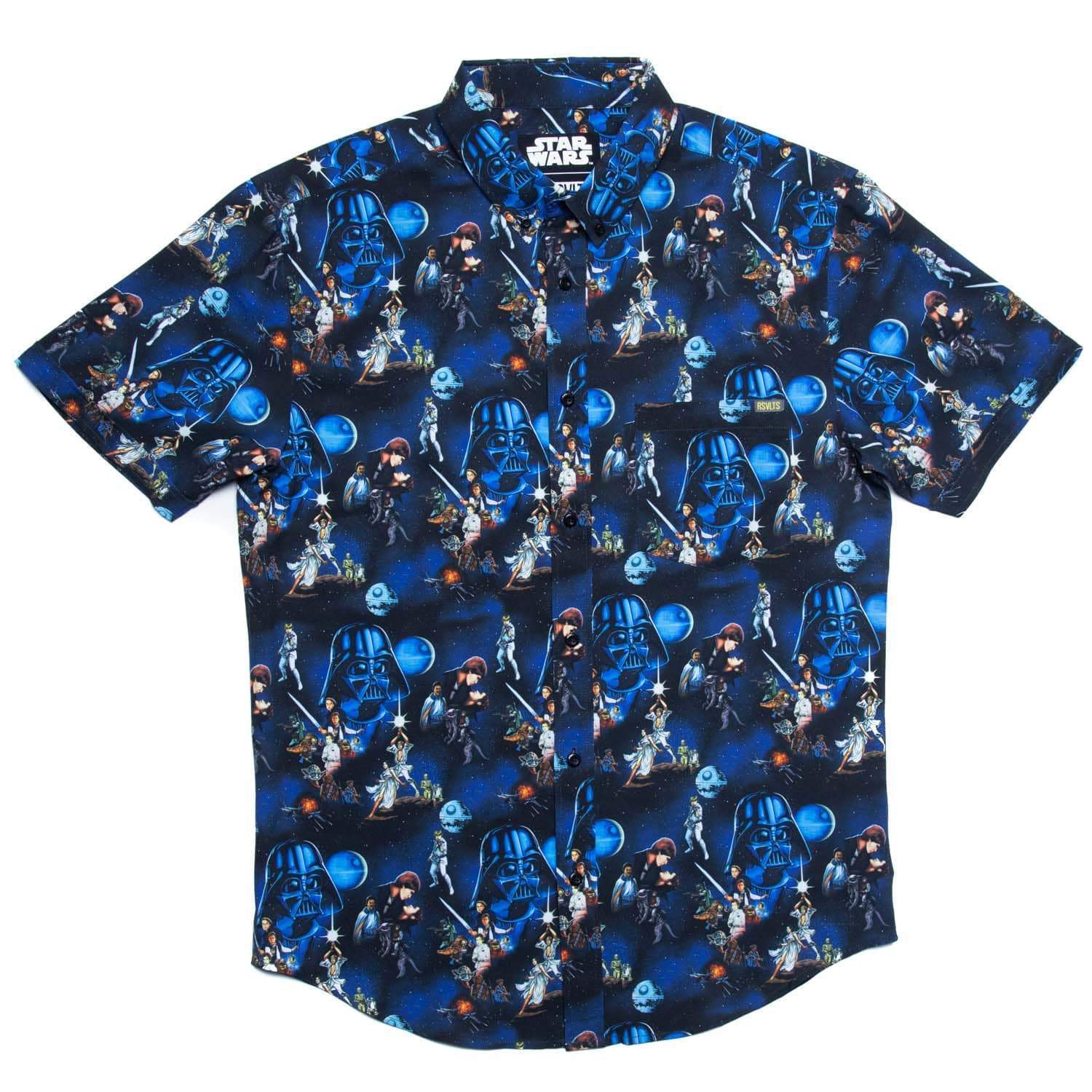 Despite claiming to be a celebration of the original trilogy, the shirt’s reproduction of Sano’s poster not only swaps out the aforementioned image of Slave Leia, but replaces it with a depiction of her appearance during the Battle of Hoth – which notably takes place in the previous film rather than in Return of the Jedi itself.

Interestingly, the same pattern features the ‘leggy’ image of Leia, as seen on the original theatrical poster for A New Hope, in its original and uncensored form. 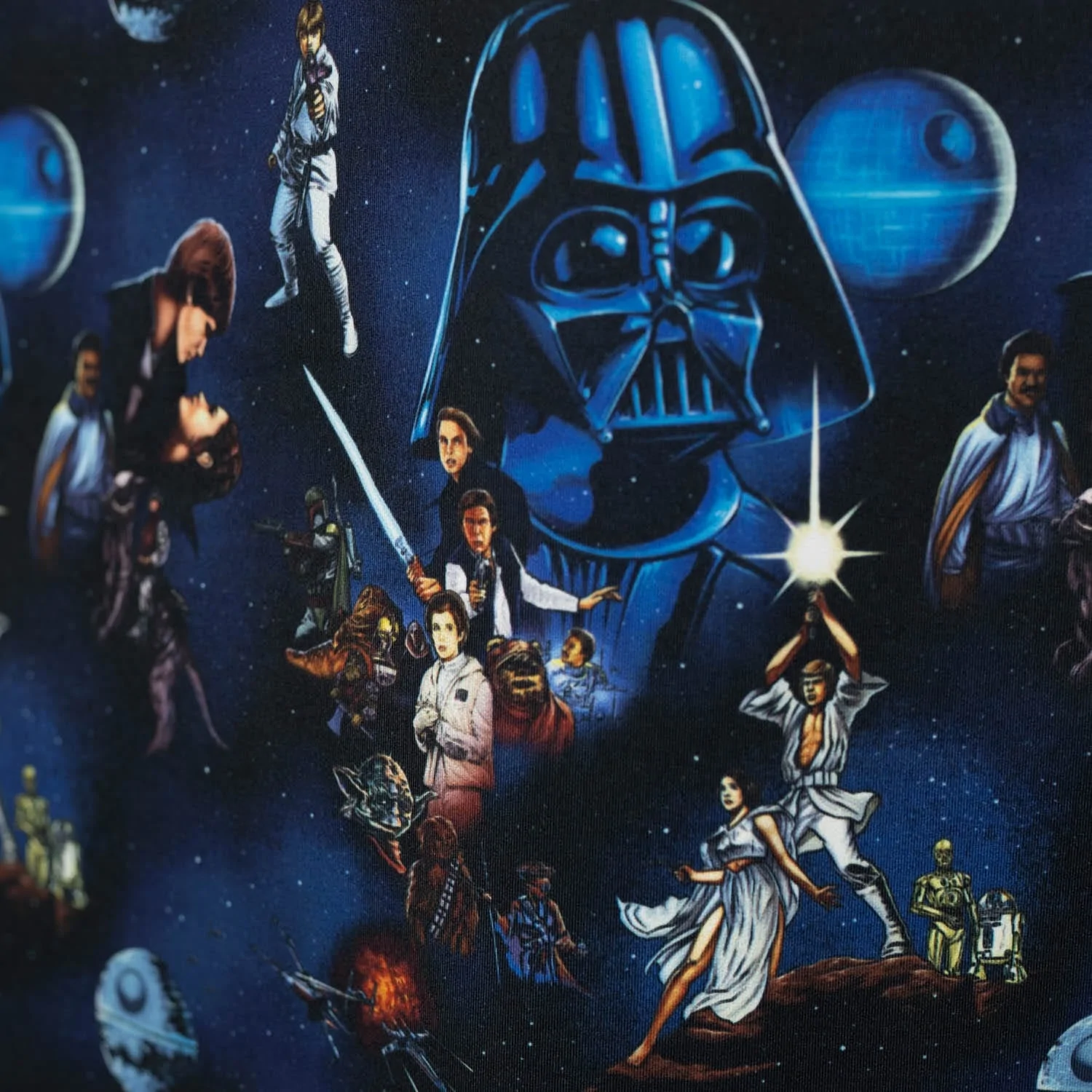 As of writing, it is unknown if Disney or RSVLTS requested the specific censorship of Slave Leia’s appearance.

Though Pellegrom himself has reached out to RSVLTS on Twitter for insight into their decision to replace the image of Slave Leia, as of writing, his inquiry remains unanswered. 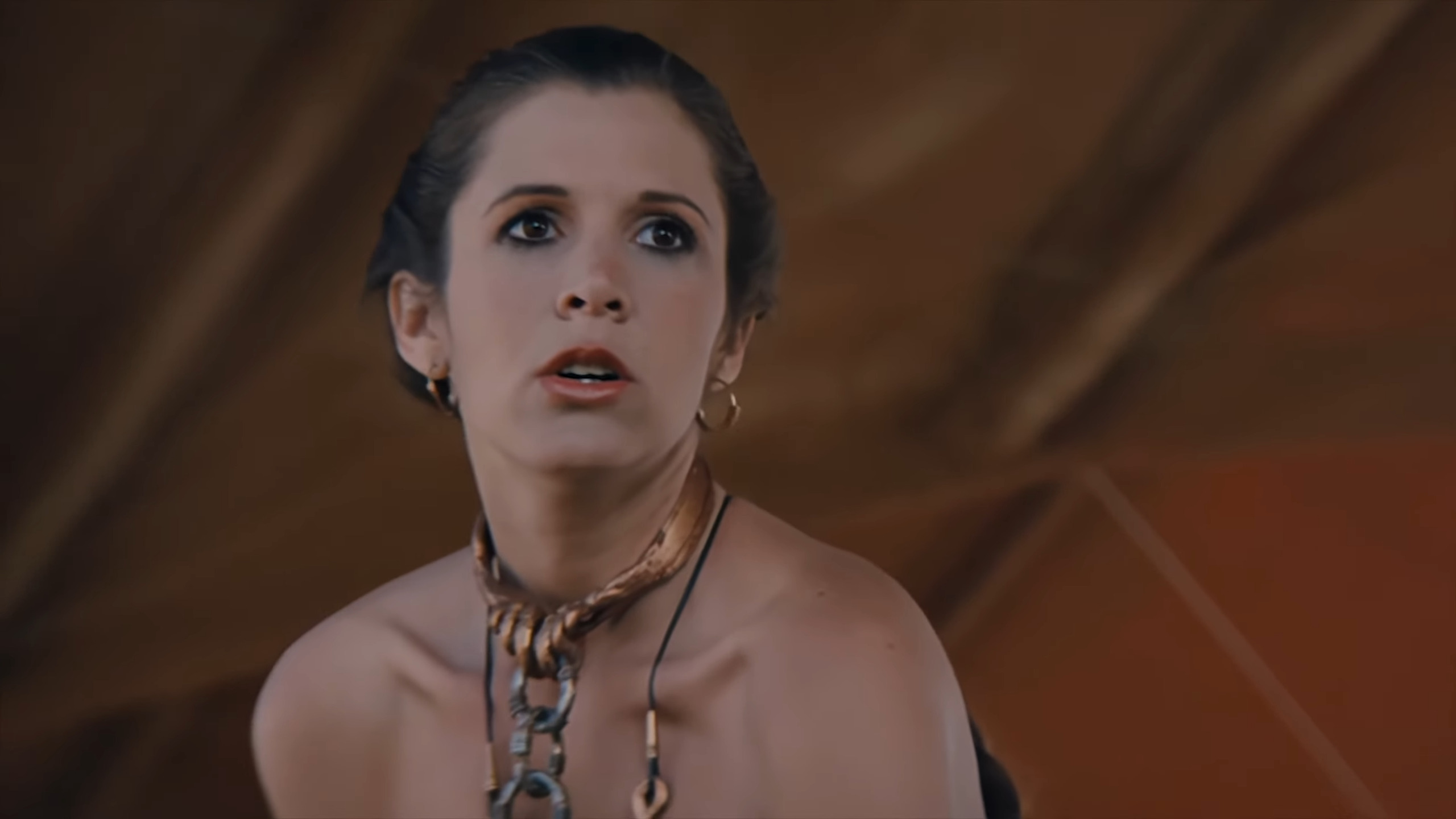 What do you make of the censorship of Slave Leia from the RSVLTS pattern? Let us know your thoughts on social media or in the comments down below!

NEXT: Thor: Love And Thunder Director Taika Waititi Casts Doubt On Whether His Star Wars Film Will Ever Get Made