In Rolling Stone’s piece that seeks to lay waste to the narrative that the “Release the Snyder Cut” and “Restore the Snyderverse” campaigns were organic, they said a quiet part out loud that Warner Bros. wants memory-holed.

That is the fact they have been trying to replace Henry Cavill and do something else with the Man of Steel for years, wishing to move on from Zack Snyder’s bleak vision of Superman and the DC Extended Universe. The disappointing theatrical cut of Justice League was the catalyst, and the studio had the same desire where Ben Affleck and Batman were concerned.

He signed on for a return in The Flash, but Affleck is ostensibly ready to hang up the cape and cowl then move on. He’s also all-but-phased out by Robert Pattinson and the comeback of Michael Keaton, arguably the most popular live-action Batman after 30 years. 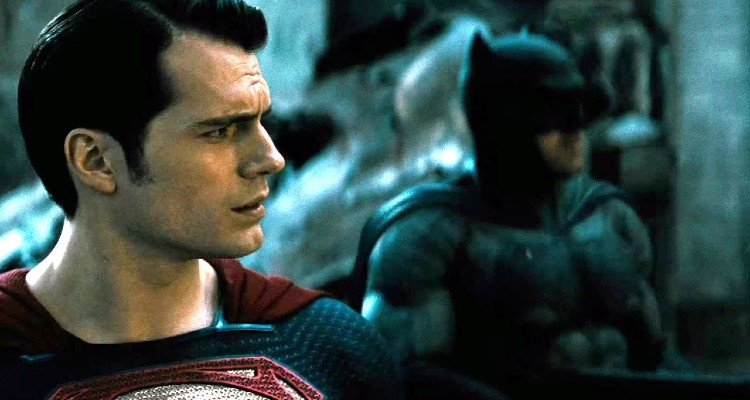 Leaks from test screenings of The Flash movie indicate there is a possibility Superman shows up in a mid-credits stinger. Unfortunately, there’s no confirming this intel until next summer – if all goes according to plan and Ezra Miller keeps his nose clean – and no word is on the horizon we’ll see his face or that it will be Cavill’s.

At the same time, Sasha Calle fills the Kryptonian void as a revamped Supergirl in a costume that looks a lot like the design Cavill wears. She may be what the future holds – side by side with Leslie Grace’s Batgirl, Michael B. Jordan’s Val-Zod, and the J.J. Abrams-produced Superman reboot written by Ta-Nehisi Coates.

Each of those has varying chances of materializing, with Jordan’s take probably the most likely to set up shop at HBO Max, and the Abrams project being a reported dead end.

RELATED: Rumor: Announcement Of A Restored Snyderverse Could Be Made At San Diego Comic-Con

For some, this wasn’t a revelation. Cavill never got a proper Man of Steel sequel, and was relegated to a co-starring role in Batman v. Superman and a special guest star role in Justice League. Since then, his only appearance in the cape was in the Snyder Cut via footage that spent years in the can, and Warner kept stalling in bringing him back to the screen in anything original.

They were too eager to hand the big gold key to the Fortress of Solitude to Abrams, who seemed to sit on his hands and not do anything. Years of rumors had him eyeing actors for a new take, and at one point considering making a movie with Cavill. 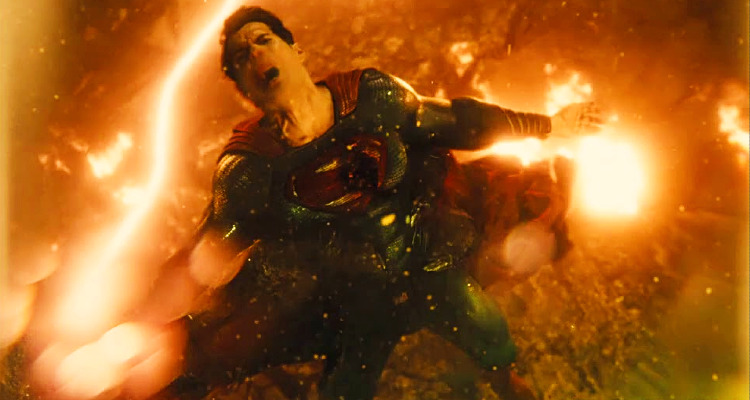 Nothing came of either speculation, and Abrams moved on to developing the movie with Coates reportedly about a black Superman who becomes President of the United States. They may ditch that template, according to new reports, and opt for a more traditional route of using Clark’s alien heritage as a metaphor for racism, but who knows?

Abrams might not get the chance to see his vision through if reports are accurate that the new Warner CEO David Zaslav is unhappy with the position the old regime put him in. There is talk of several properties from the Justice League Dark library being developed, but no movement on any of them.

There is a chance for Zaslav to pivot back to Cavill and the Snyderverse – and he may be doing exactly that. Hope is high among supporters that sequels to Man of Steel and Zack Snyder’s Justice League are coming, and will be announced soon. 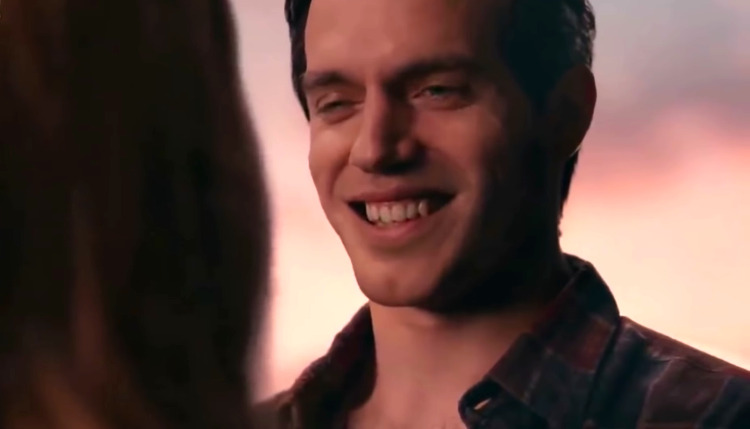 San Diego Comic-Con is upon us – a fine place for such an announcement – and reports say Cavill will be in Hall H for some big reveal. Theories range from MOS 2 to a long-rumored cameo in Black Adam that star Dwayne Johnson has allegedly fought for behind the scenes.

Grace Randolph of Beyond the Trailer adds credibility to the latter with a new scoop. “[Black Adam] has had several test screenings already,” she tweeted on Wednesday. “Right now, [Superman’s] body shows up in an end credit scene.” She added, “BUT if anyone can bring [Henry Cavill] back it’s [The Rock], who is of course in business with him thru his ex-wife & business partner [Dany Garcia].”

BUT if anyone can bring #HenryCavill back
it's #TheRock, who is of course in business with him thru his ex-wife & business partner #DanyGarcia 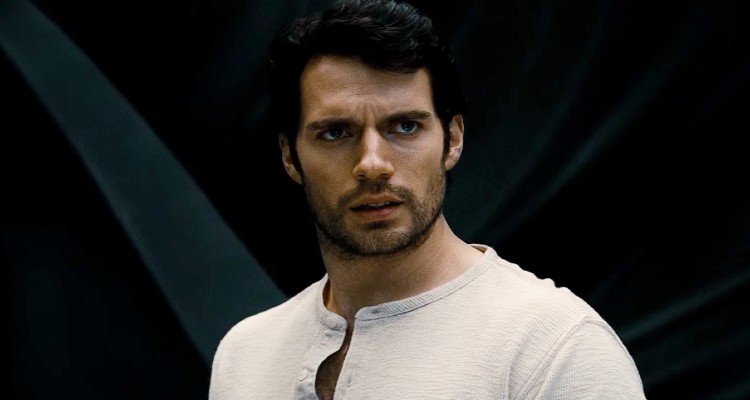 Following up, she wrote she wasn’t hearing much from her sources about Cavill’s status as far as involvement with this cameo, but she can see Johnson planting the seeds. “I’m not getting any confirmation from my sources,” Randolph shared. “Only thing I can imagine is MAYBE The Rock teases Cavill for Black Adam 2 to get u to see 1st movie…?”

However, she doesn’t have faith WB will sign off on this, citing the Rolling Stone story. “But WB would have to sign off, & as Rolling Stone revealed, they’ve been trying to get rid of Cavill for a very long time,” she said.

I’m not getting any confirmation from my sources.

Only thing I can imagine is MAYBE The Rock teases Cavill for Black Adam 2 to get u to see 1st movie…?

But WB would have to sign off, & as Rolling Stone revealed, they’ve been trying to get rid of Cavill for a very long time. 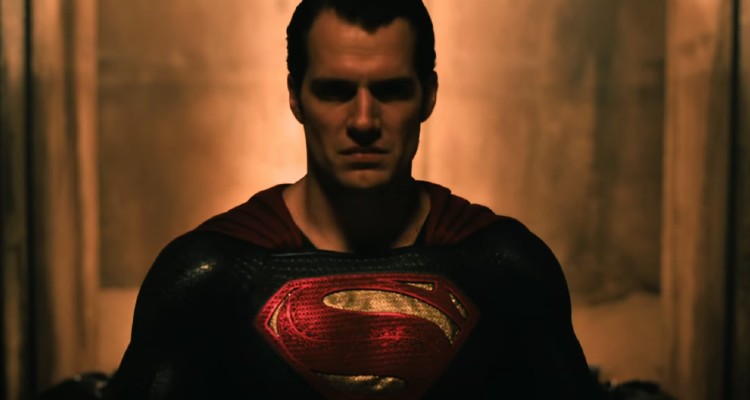 Skeptical that any studio would hire him, she thinks Cavill being part of a tease unlikely but says “hey, it’s also Comic Con,” and urges everyone to refrain from getting their hopes up.

Finally, keep in mind that NO major studio has been willing to hire Cavill. So this would be a HUGE show of faith for David Zaslav.

It would be a big deal because it’s so unlikely.

We’ll see, but don’t get ur hopes up too much if you can help it. 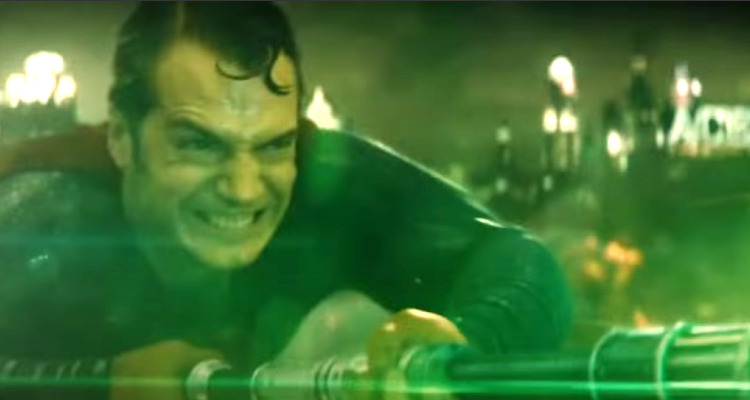 But that’s one take. What is yours? Is Cavill gone? Keep the conversation going and tell us your hopes for his future as Superman below.

NEXT: Rumor: Henry Cavill Not Done as Superman, May Appear in Black Adam 2