The Walt Disney Company provided their first look at their upcoming National Treasure series that will air on Disney+ and feature an illegal immigrant as the main protagonist. 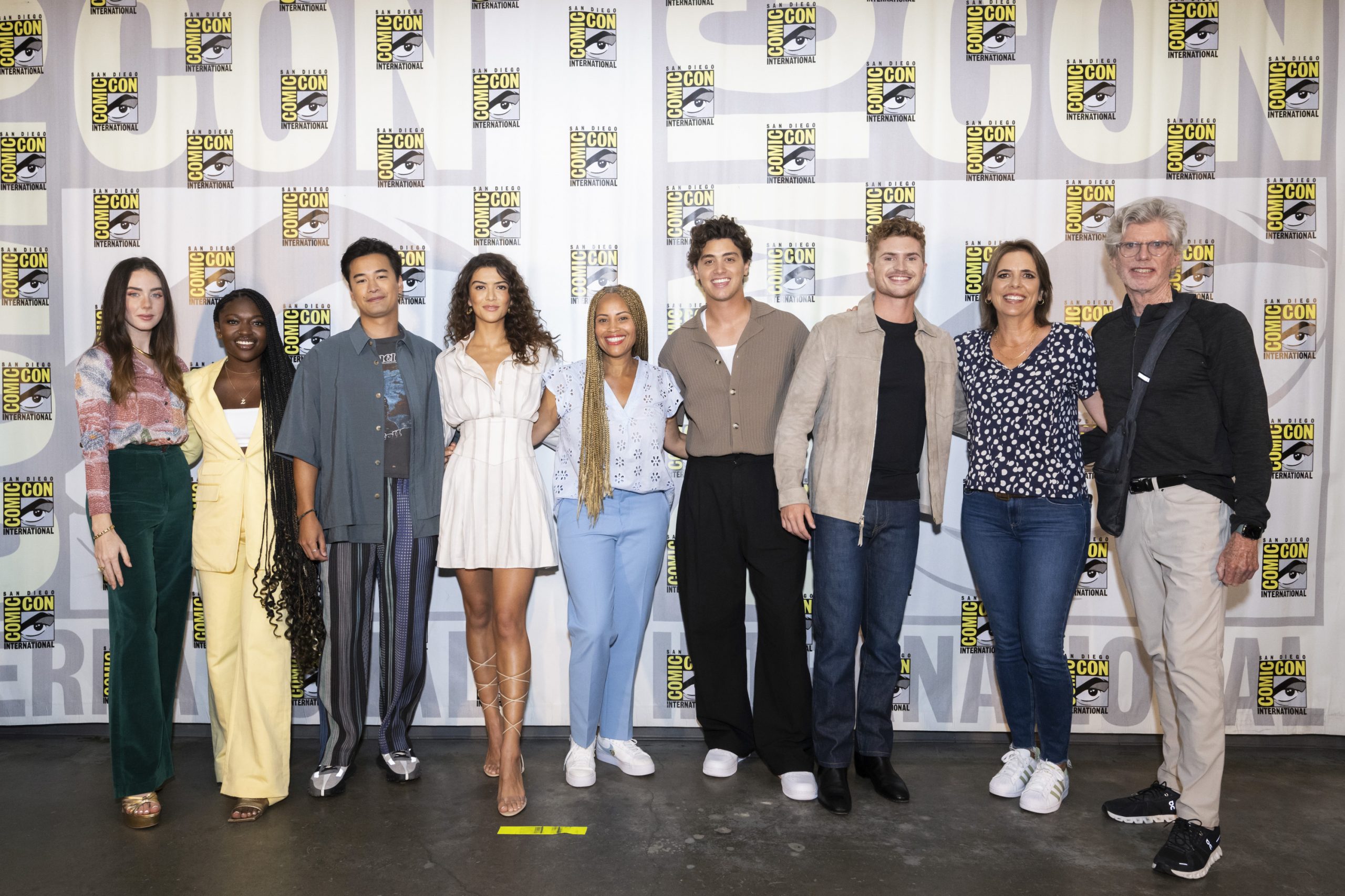 The official description of the series as provided by The Walt Disney Company in a press release states, “The series focuses on a young heroine, Jess (Lisette Olivera), a brilliant and resourceful DREAMer who embarks on the adventure of a lifetime to uncover the truth about her family’s mysterious past and save a lost Pan-American treasure.”

The first look was provided at San Diego Comic-Con at Ballroom 20, where they showed attendees a new trailer as well as a behind-the-scenes look at the series.

During the series’ presentation, Disney attempted to provide legitimacy to the series by announcing Harvey Keitel would reprise his role as Peter Sadusky in the series.

Keitel’s Sadusky was the FBI Special Agent in charge of tracking down Nicolas Cage’s Benjamin Franklin Gates, who stole the Declaration of Independence in order to discover the location of the treasure of the Knights Templar. 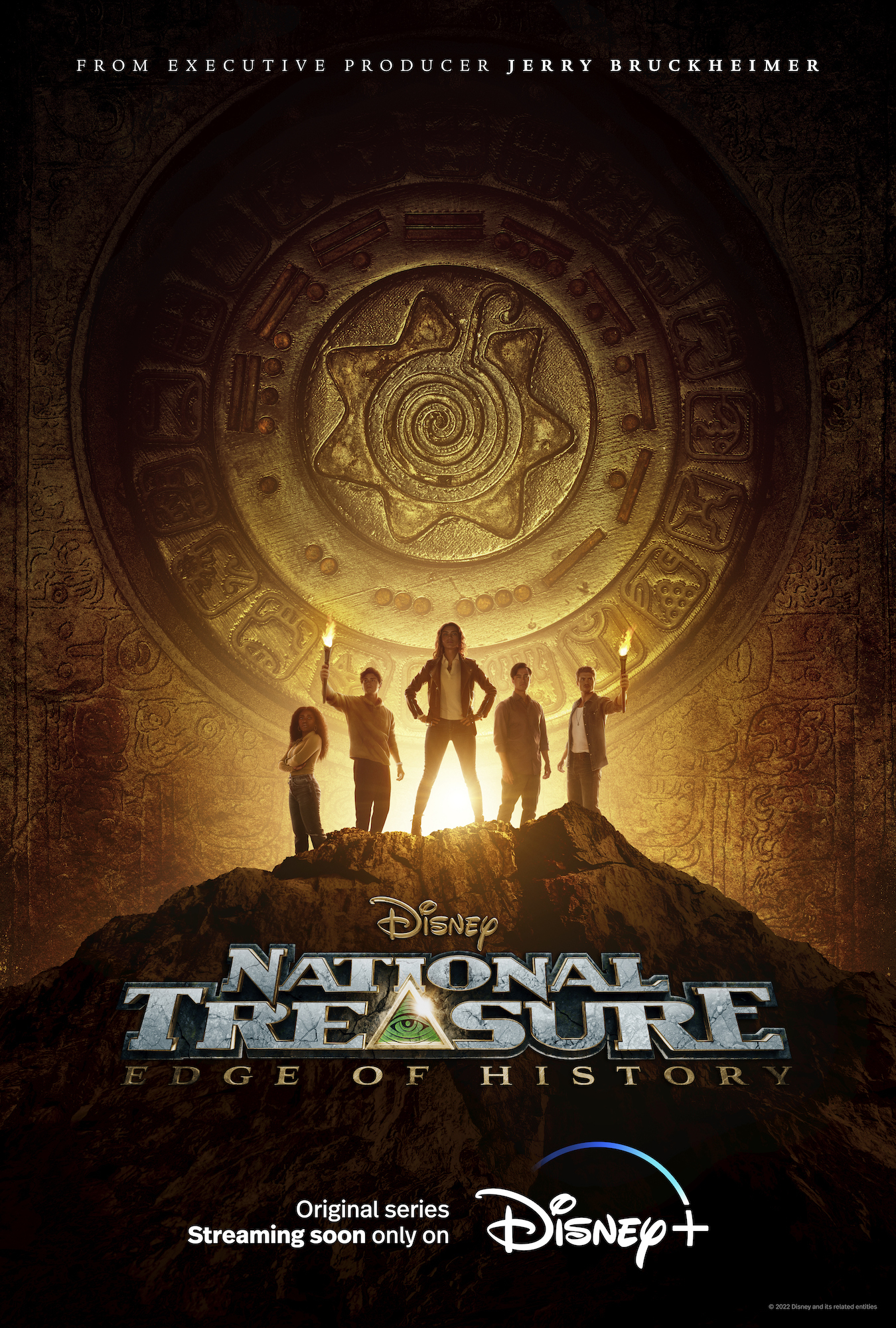 In the behind-the-scenes video Bartha would discuss this upcoming TV series stating, “What sets the television show apart, it’s a different world now. Exploring American history was a lot different 20 years ago and I was a young guy on set. Now, I’m not.”

Lisette Olivera, who plays the illegal immigrant, discussed her character saying, “Jess is a 22-year-old dreamer. She is tenacious and she embarks on this Pan-American treasure adventure.”

In a round table interview with FANVERSATION at San Diego Comic-Con, Olivera further discussed the show saying, “For me, I grew up and that was my National Treasure. That was what I saw. I never really thought much of it. I think for our show, though, it is a little bit more of what I experience in the day-to-day. I live in Los Angeles. So I’m exposed to so many different types of people that for me this is my normal.”

Jake Austin Walker, who plays Liam described as a “swoon-worthy struggling musician with a permanent chip on his should, who comes from a long line of treasure hunters,” also said, “I think, in general, to piggyback off of what she said, our show is just kind of — we are with the times. I mean we want to hear stories from people of all walks of life. And I think that’s what’s really beautiful.”

He later added, “[The showrunners] genuinely care about the culture and the story everyone has to tell. And I don’t think that’s lagging in our show and I’m for one completely her for the diversity and it makes the character to special. Everyone’s so unique. I definitely think it’s a step forward for us.” 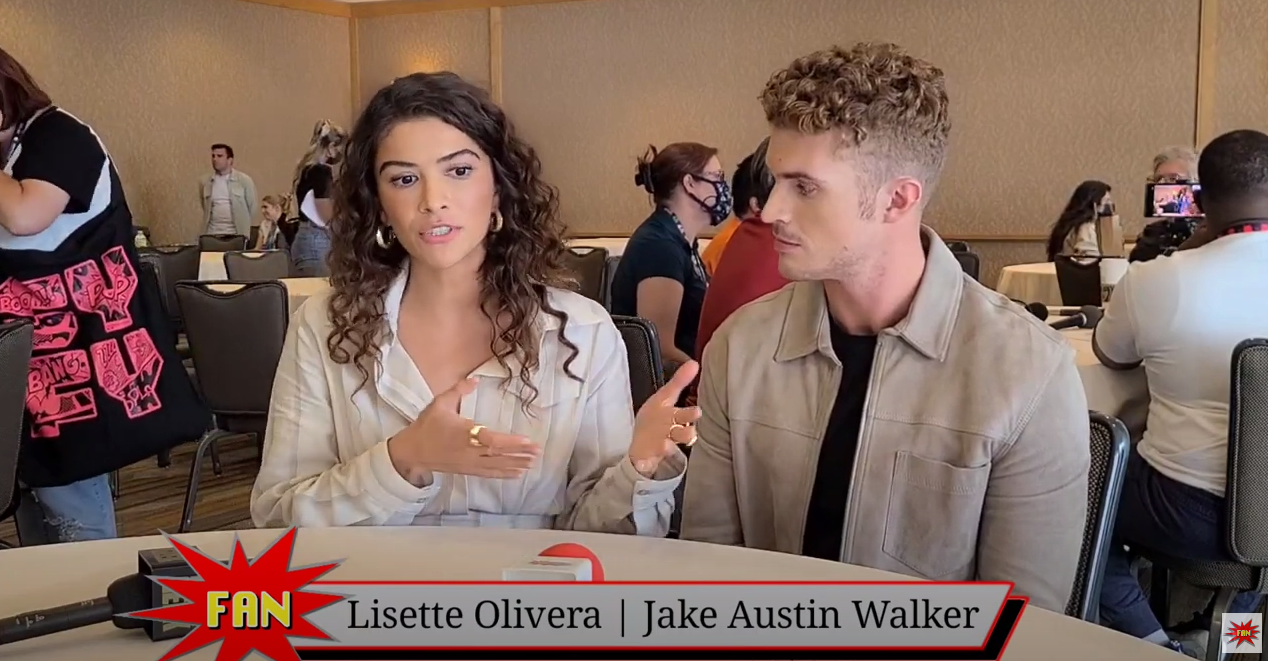 When asked about her character being an illegal immigrant, Olivera responded, “I could not be more proud. We were talking about how the [showrunners Cormac Wibberley and Mariane Wibberley] wrote the original movies and they wrote the series as well. But they have personal ties to the story they’re telling. Marianna’s grandmother, her name was Jess as well. And so she named her grandmother or she named this character after her grandmother. And Cormac’s dad was never an American citizen.”

“These are themes that are really prevalent in our show. I think for me to play a young DREAMer, who is intelligent and smart, and willing to just do her best, it’s really important for people to see because it is a different American experience. Especially more than different than Ben Gates. It’s just different familial ties,” she added.

Showrunners Cormac Wibberley and Marianne Wibberley also discussed the show with FANVERSATION detailing they wanted to make the show female-centric.

Marianne Wibberley said, “We were desperate to do something completely new in the sense we wanted to do female-centric. We wanted not only our lead to be a woman, we wanted our bad guy, our Sean Bean, our Ed Harris this time to be a woman. And we wanted the treasure story to be about women in history as well.”

“So we’ve covered Ben Franklin and the Founding Fathers. So we’ve done those guys and this time we wanted to go, ‘Let’s find some interesting female figures from history that we can write, fashion a treasure story around. So that was really important to us,” she added.

The series appears to be part of Disney’s strategy to radically reshape the United States of America that the company’s CEO Bob Chapek outlined back in March when he and the company admitted to grooming young children.

In an email to Disney employees, Chapek detailed, “I do not want anyone to mistake a lack of a statement for a lack of support. We all share the same goal of a more tolerant, respectful world. Where we may differ is in the tactics to get there.”

“And because this struggle is much bigger than any one bill in any one state, I believe the best way for our company to bring about lasting change is through the inspiring content we produce, the welcoming culture we create, and the diverse community organizations we support,” he added. 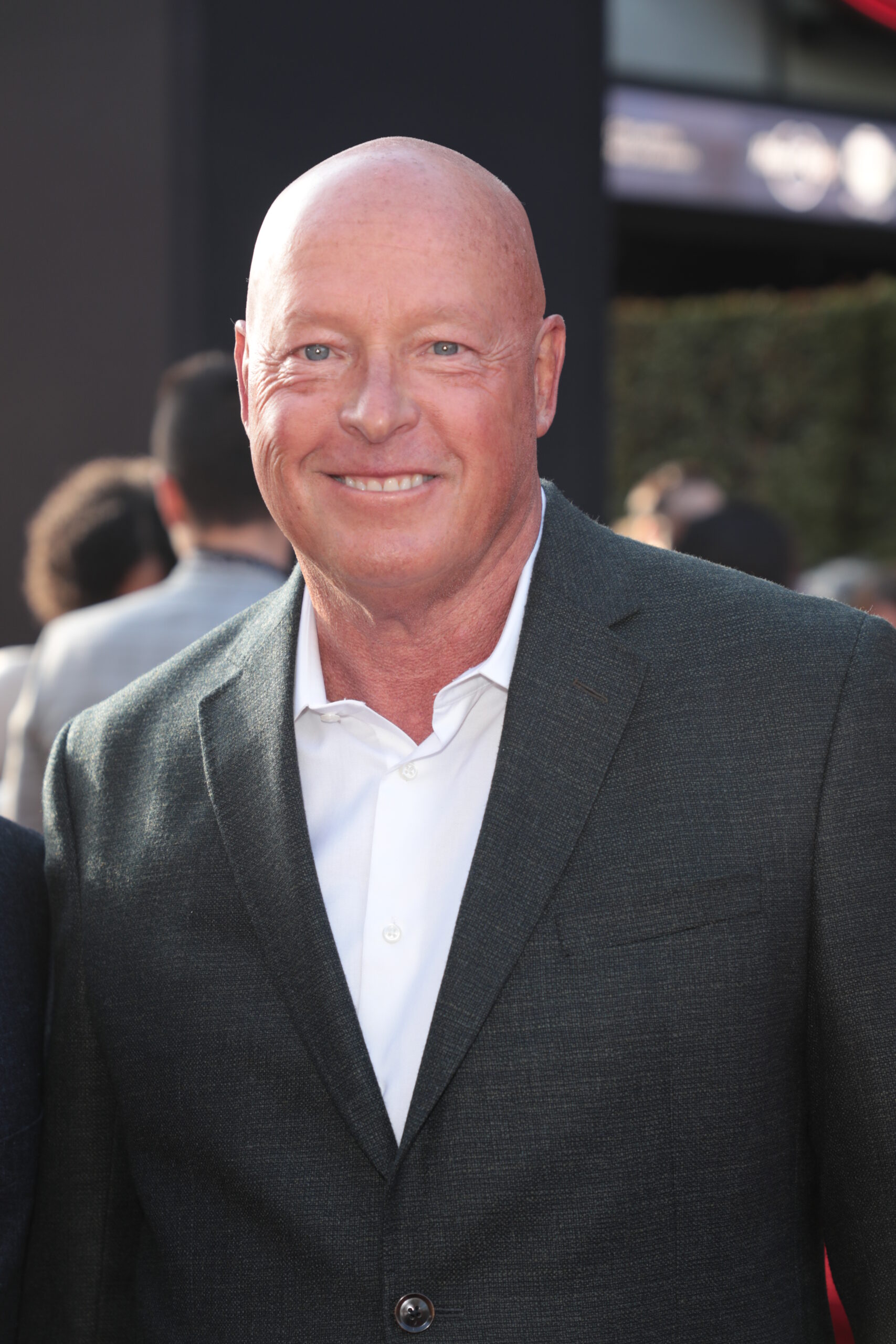 Chapek went on to explain, “There’s a reason content is at the top of this list. For nearly a century, our company’s stories have opened minds, inspired dreams, shown the world both as it is and how we wish it could be, and now more than ever before, represent the incredible diversity of our society.” 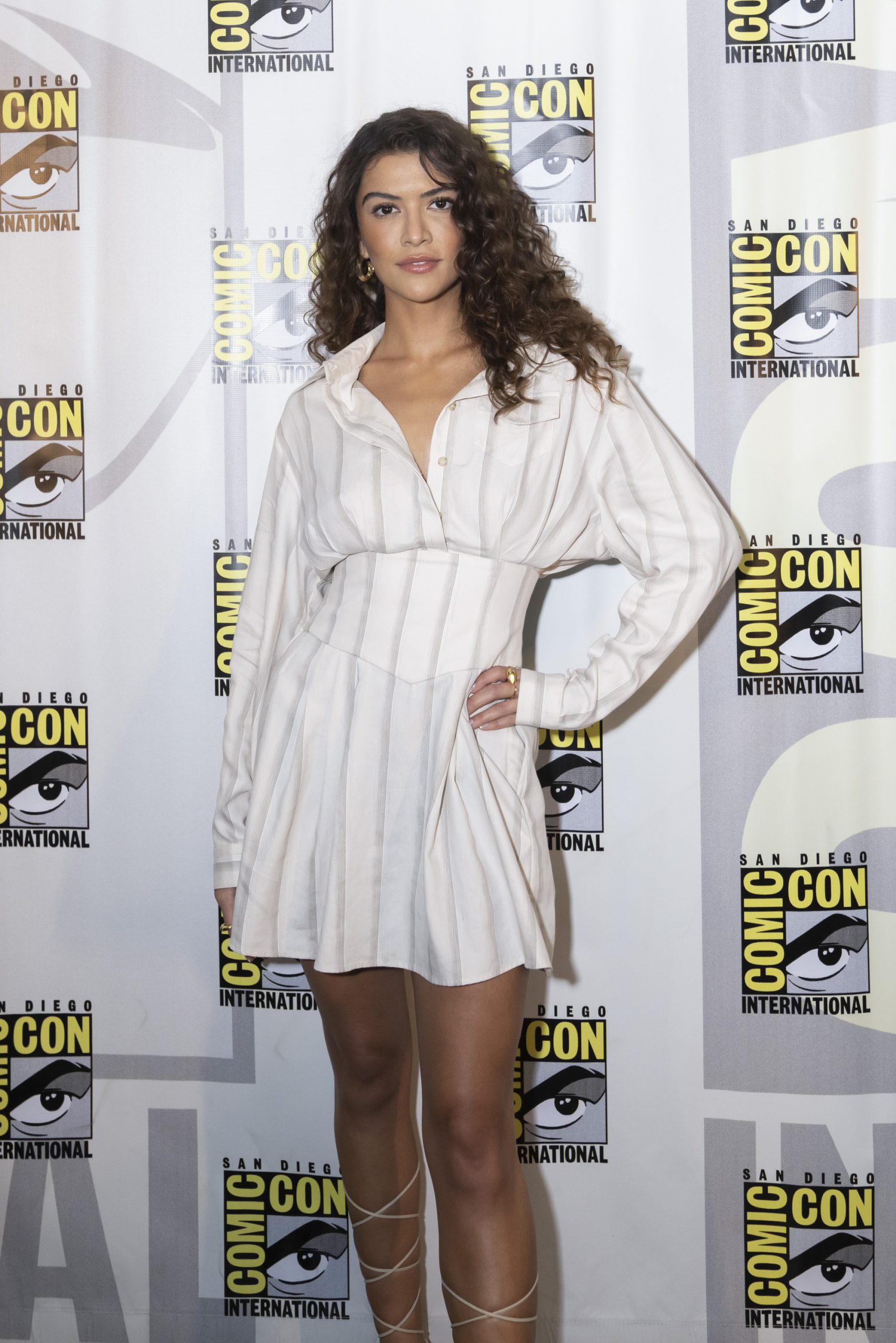 No release date for the series was announced.