New casting updates – one an official announcement and the other an unconfirmed leak – that hint at big things coming to the MonsterVerse have emerged for Apple TV Plus’s Godzilla series. 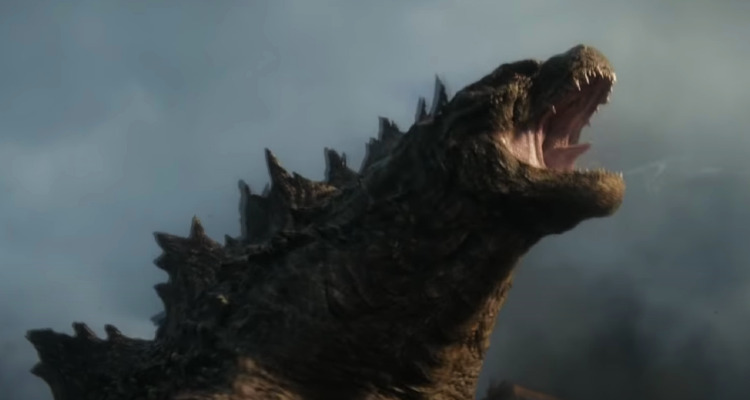 The first is a set of character breakdowns coming from an alleged casting call which leaked online and was then picked up by the YouTube channel/Godzilla news outfit DangerVille.

There are three characters and the opening description says that they will be series regulars so there is a good chance they are leads or secondary players we shall be seeing in most episodes.

Our first character is named Cate, described as a Japanese-American woman in her 20s or 30s with “haunted eyes” and a traumatic personal and professional past, who goes “to Japan to settle family affairs” only to discover the dark family secret teased in reported plot synopses.

Shaken all over again, Cate decides to face her problems instead of running and “reluctantly embarks on a quest to learn about her family” that will present unimaginable challenges to the “angry and volatile” but Intrepid sojourner. 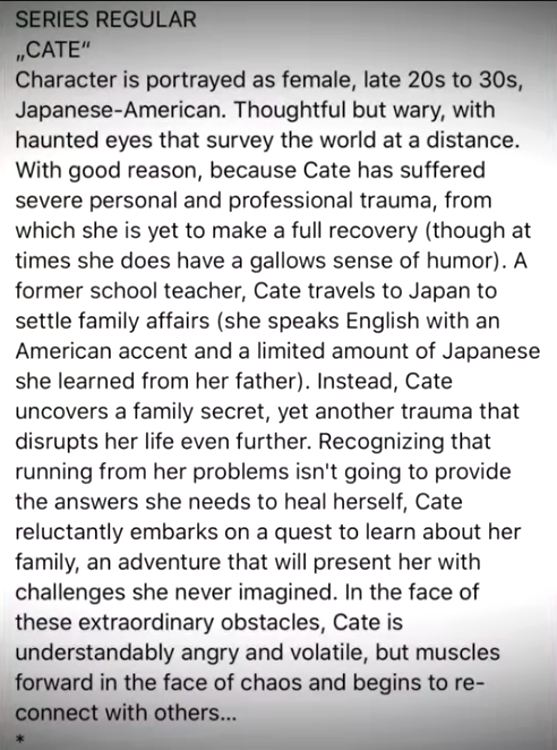 The second character is a Japanese male named Kentaro, a 20-something underachiever digital artist who lives with his mother and supports her. Like Cate, he has an attitude problem and doesn’t know as much about his family as he thought.

Kentaro is estranged from his father; a character who is not identified but is described as “revered.” DangerVille suggests the mystery man is none other than Ishiro Serizawa, played by Ken Watanabe in both Godzilla films produced by Legendary Pictures. 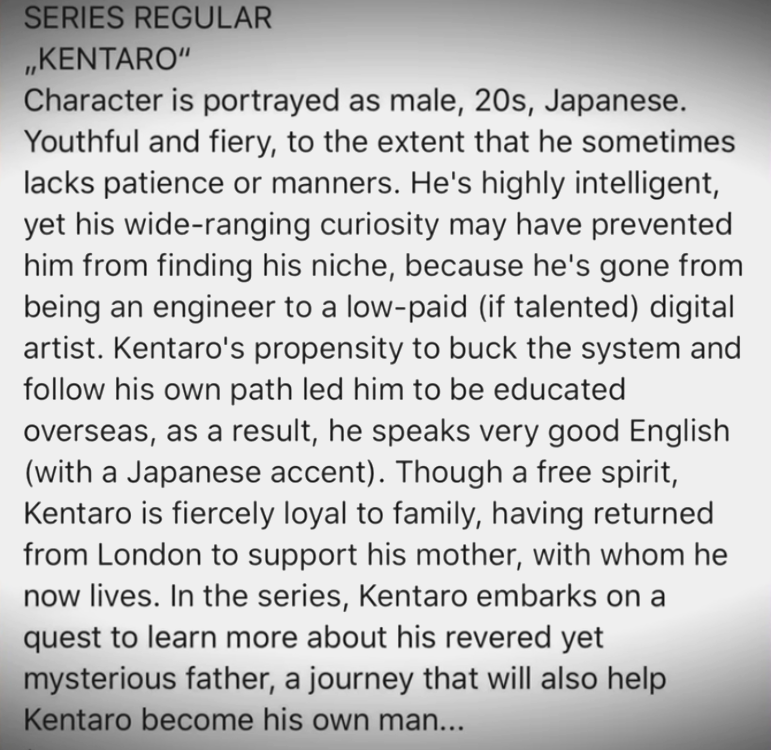 This makes sense when the series takes place between Godzilla 2014 and Godzilla: King of the Monsters, and when you have two Japanese individuals with strained family ties that probably connect to Monarch; an organization that surveys Titans and that Serizawa devoted his life to.

It is also possible Kentaro isn’t just any son of Serizawa but is actually Ren, the offspring who joined Apex in Godzilla vs. Kong to strike back against his dad’s main obsession; Gojira and the Titans. We don’t know much about the young and enigmatic Ren though the series may fill in those gaps.

The final girl character doesn’t sound like she has any connection with Serizawa or the last two people, at least not a blood relation. Her name is May and she is a Black Brit ex-pat. “Sharp and quick-witted with a strong sense of self,” her true identity is unknown. 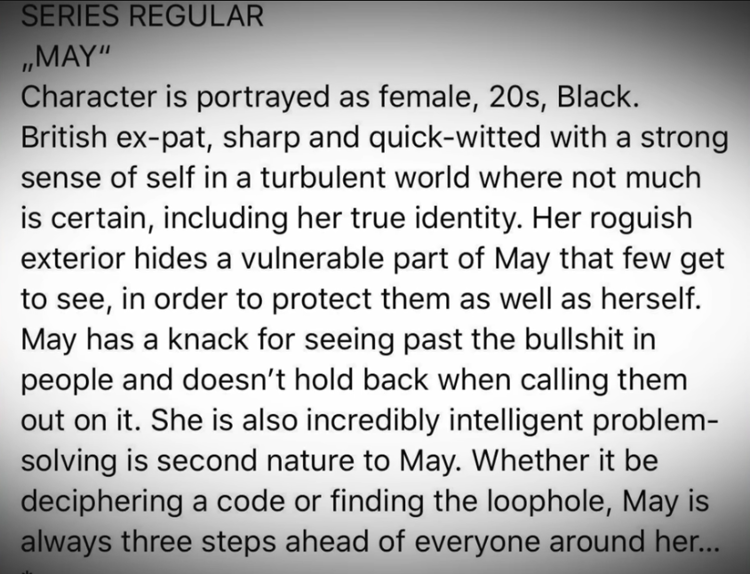 Regardless, May has a way of protecting those around her from her vulnerability as well as a “knack” for seeing through BS and calling it out.

Her wit extends to her practical knowledge as she’s “intelligent” and problem-solving comes naturally to her. “Whether it be deciphering a code or finding a loophole, May is always three steps ahead of everyone around her.”

There are some cliches and rude traits at play here, as DangerVille remarks, that could render these characters unlikeable but you have to keep in mind it depends on how they are written by series co-creators Matt Fraction and Chris Black.

We also don’t know if these leaks are official although according to IMDb they are as May, Kentaro, and Cate are the characters being portrayed by Kiersey Clemons (Zack Snyder’s Justice League), newcomer Ren Watabe, and Anna Sawai (F9, Ninja Assassin) respectively.

All of their names were mentioned in casting news that kept their parts and plot specifics under wraps while confirming a rumor that has circulated the web for months.

What can be declared official is Kurt Russell and his son Wyatt will star in this series. Their roles aren’t known but they bring their collective lifetimes of experience in the sci-fi and superhero genres to one of the most famous and longest-running monster film franchises of all time.

Kurt and Wyatt Russell have been CONFIRMED to star in Apple’s upcoming Godzilla series! These are some great actors so I look forward to seeing what they bring to the MonsterVerse. pic.twitter.com/Mmb429G7Sw

What do you make of these leaks? Leave a comment down below or on social media!

NEXT: Sequel To Godzilla Vs. Kong Gets Its Release Date, Will Feature Godzilla