As the series continues to find widespread success among audiences, star Chris Pratt and creator Jack Carr have credited The Terminal List’s defiance of the disingenuous fear mongering campaign being leveled against it by legacy media outlets to the fact that the film was not made for critics, but rather “those in the arena”. 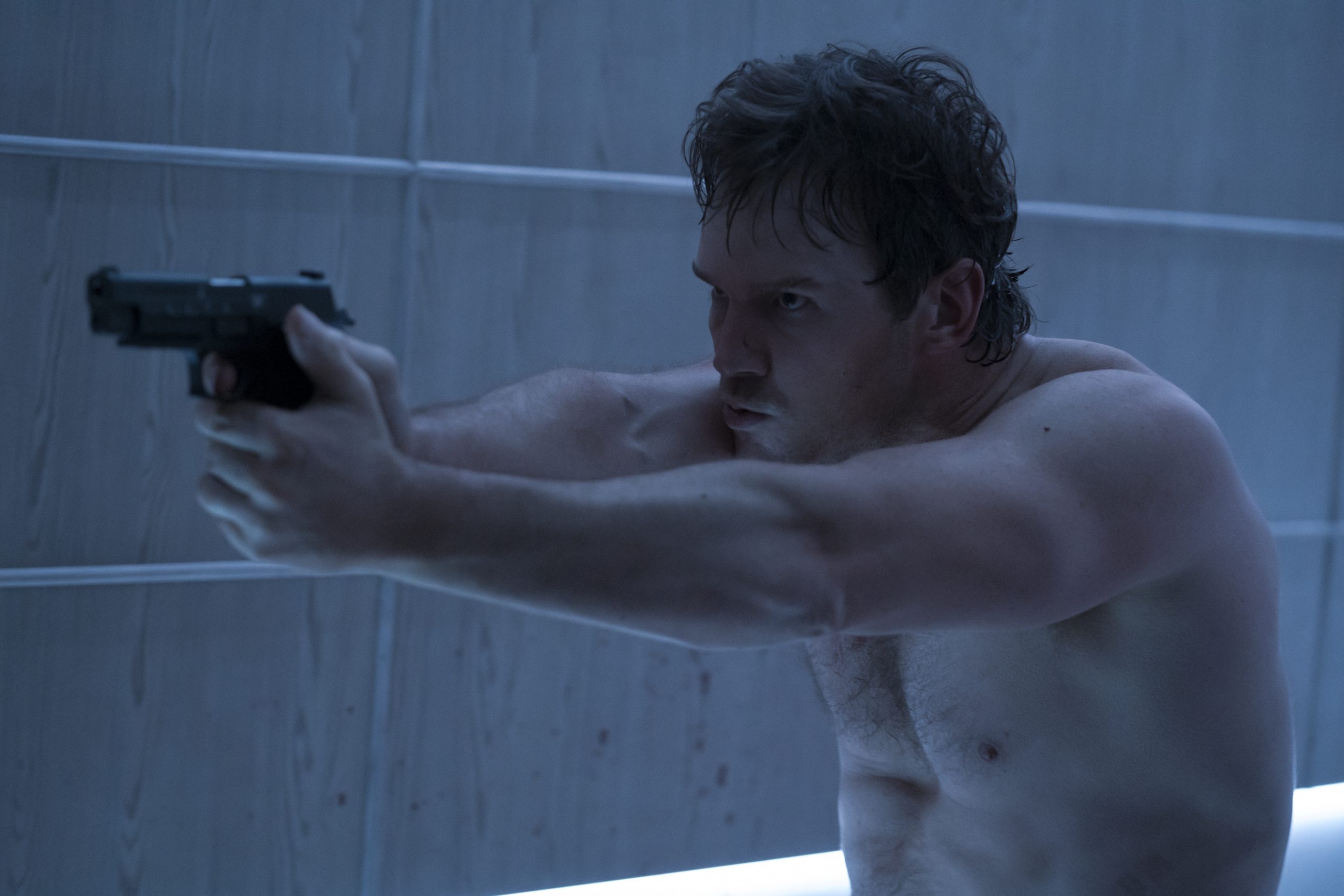 The two men spoke to the series’ popularity on August 7th in response to a headline declaration from The Daily Mail that “The new Yellowstone: Chris Pratt’s new Navy thriller The Terminal List defies woke critics’ scathing reviews to shoot up ratings chart with 1.6 BILLION minutes of streams.”

Offering their thoughts via their respective Instagram stories, Pratt first shared a screenshot of the headline by itself, followed by an image of Dr. Evil from the Austin Powers franchise captioned with the slight tweak on the character’s signature ransom declaration, “One Point Six BILLLLLLLLION minutes”. 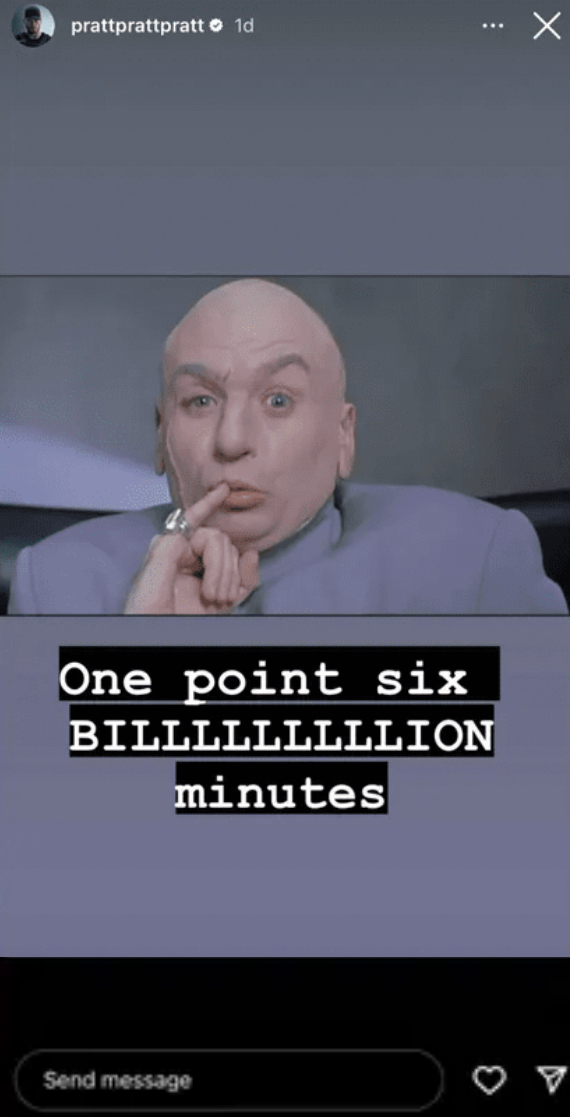 Meanwhile, Carr’s post – which Pratt later republished to his own account – added a shout out to the series’ fans and saw the director proudly give them credit for the series’ success.

“We didn’t make The Terminal List for Critics,” wrote Carr. “We made it for those in the arena.” 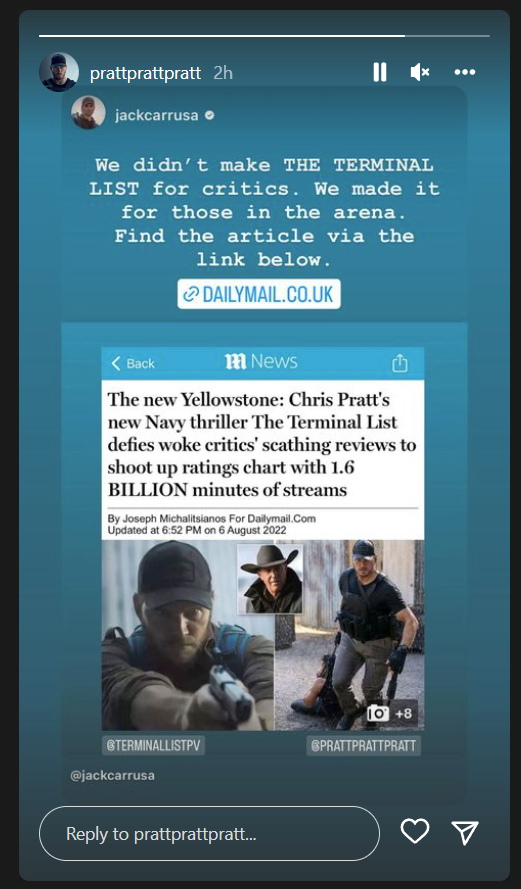 This phrase, which has become something of a slogan for the writer’s creative intent for the series in recent weeks, was first used by Carr on July 7th in response to the now infamous-disparity between The Terminal List’s critical and general audience receptions. 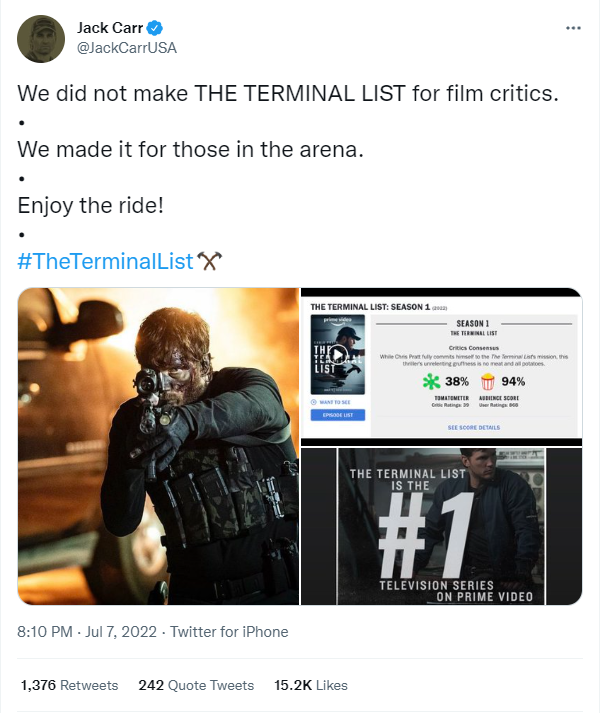 Expanding on the sentiment behind this adamant declaration during a later appearance on Tucker Carlson Tonight, Carr observed that the series “seems to have triggered quite a few of these critics.”

“And I have a couple of examples here,” Carr then offered the Fox News host. “Daily Beast titled their review ‘The Terminal List is an unhinged Right-wing revenge fantasy,’ which is odd because right, left, conservative, liberal are not even mentioned in the show.” 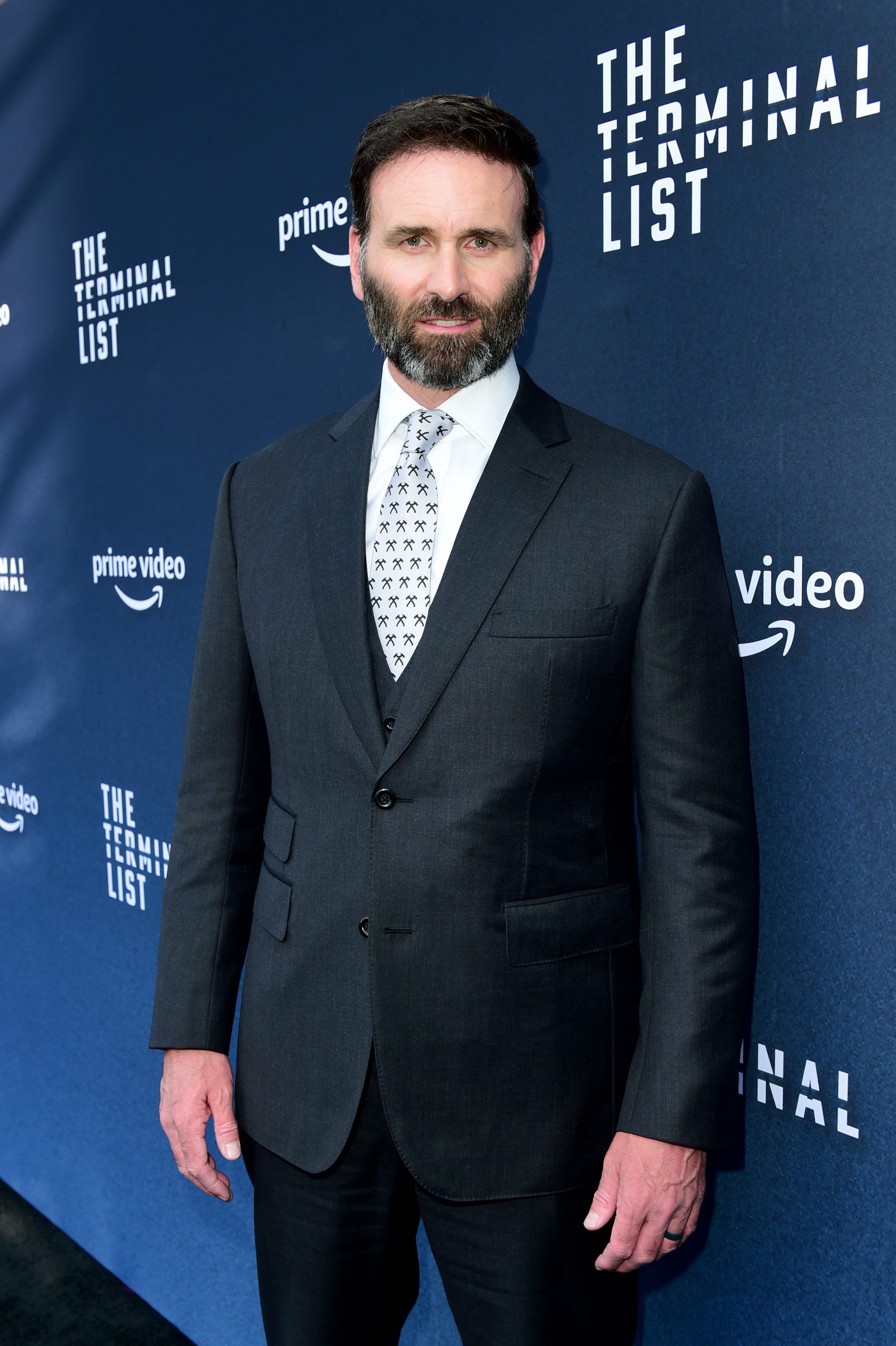 He then speculated, “But I think it may be because the protagonist is competent with weapons and tactics. He’s strong. He holds those in power accountable.”

“And that could be unsettling for some,” Carr continued. “Particularly some, maybe senior members of the military who have failed upwards over the last 20 years.” 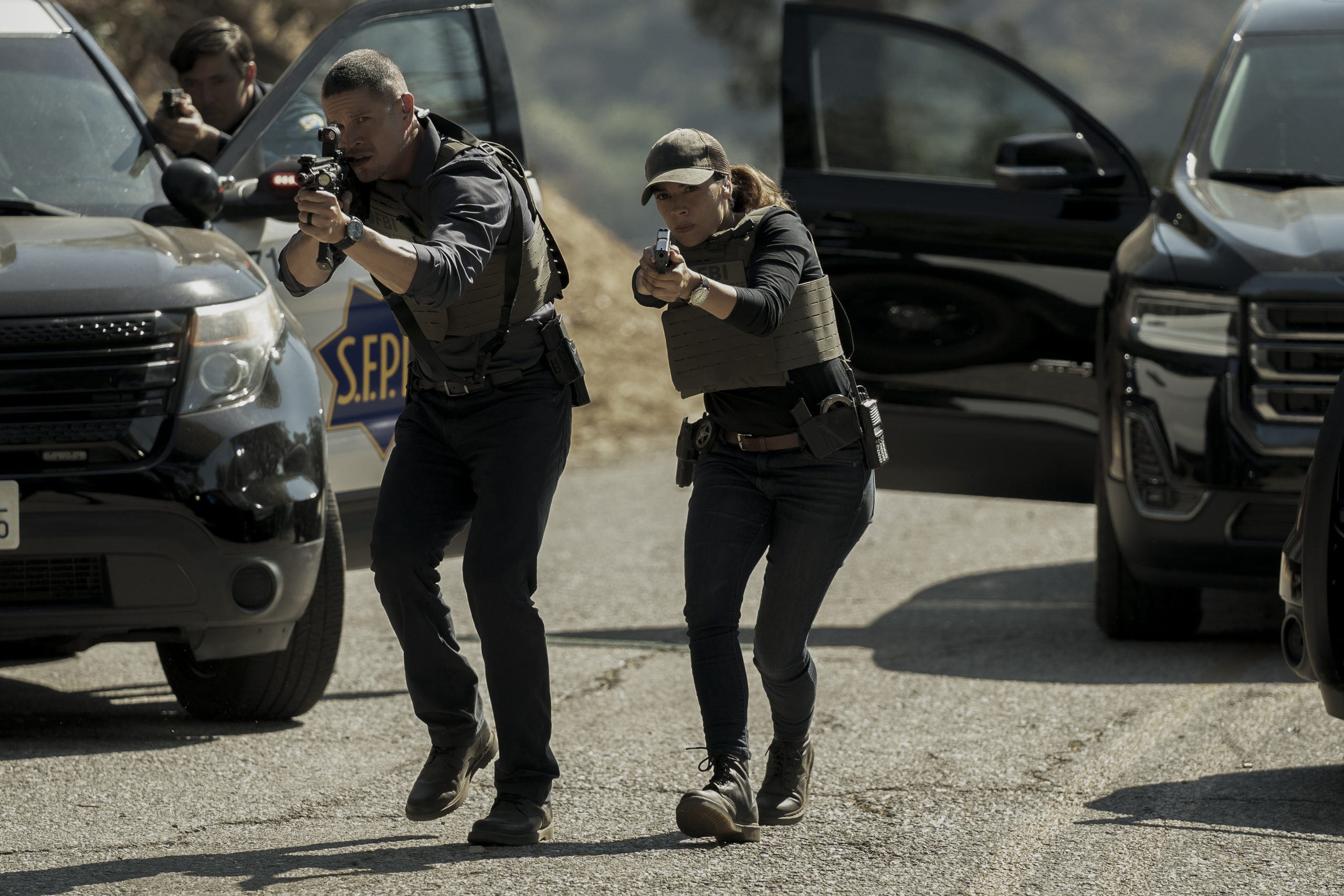 “They go on to write there are some serious danger to The Terminal List pandering to red state viewers with routine references to beer, guns, country music, and hunting,” Carr said.

“The Daily Beast does not like those things. It does not sound like it is much fun over there,” he asserted. “But the 95% viewer rating, audience rating makes it all worth it.” 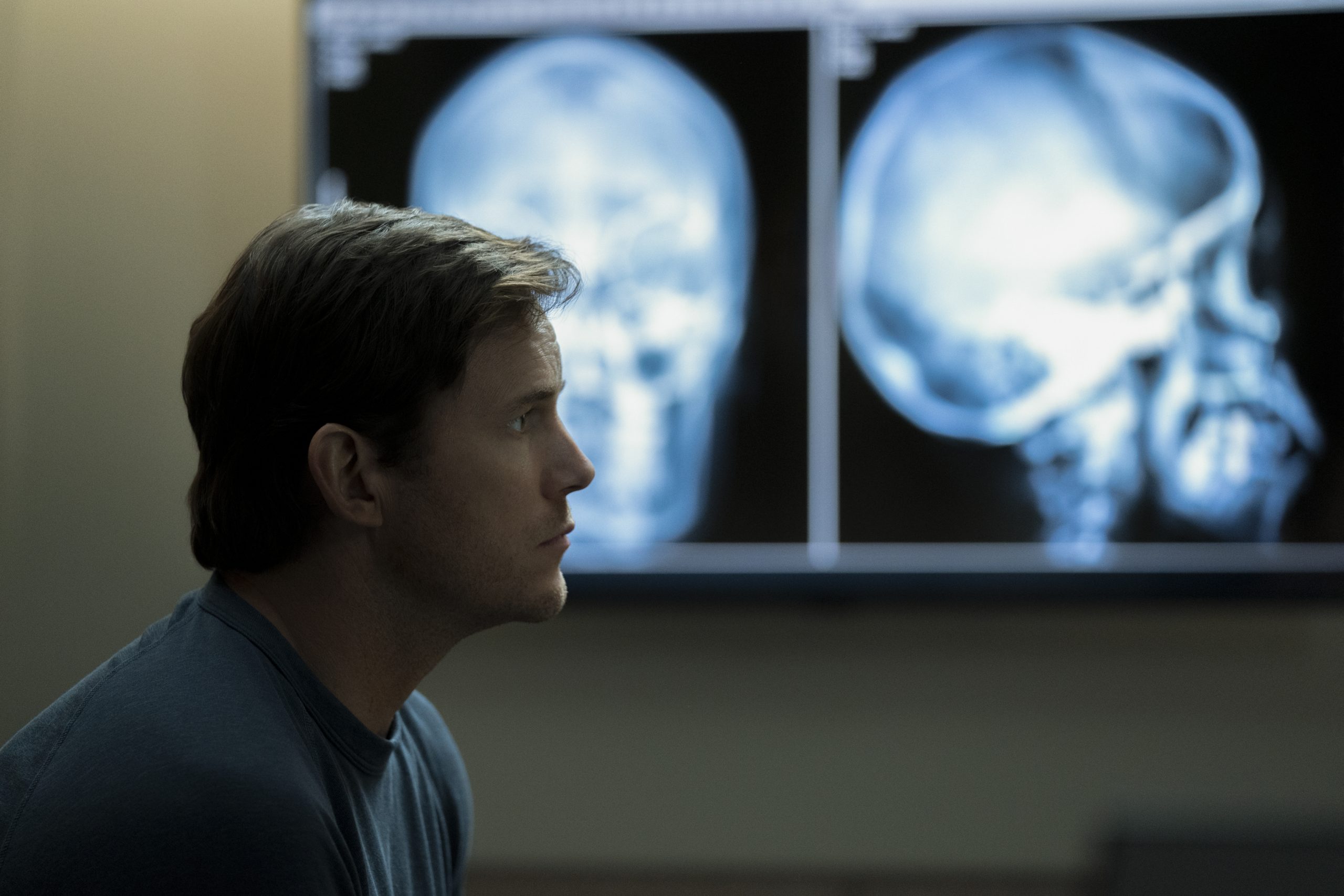 Carr then reiterated his original tweet, saying, “We didn’t make it for the critics. We made it for those in the arena. We made it for the solider, sailor, airman, and marine that went down range to Iraq and Afghanistan so they could sit on the couch and say, ‘Hey, these guys put in the work. They put in the effort to make something special.’”

“And make a show that speaks to them,” he asserted. “And that 95% rating lets me know that we at least got close.” 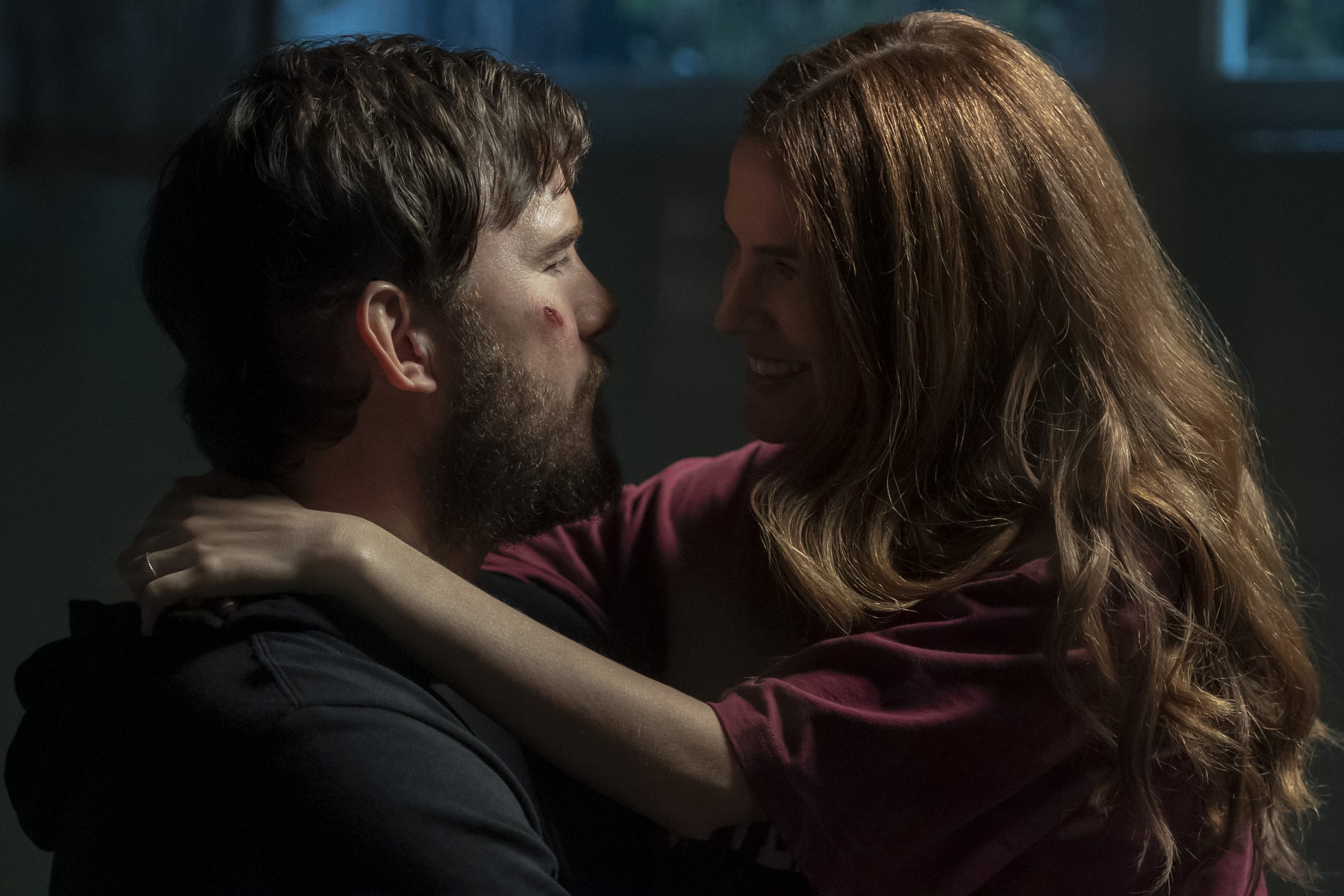 Source: Chris Pratt as James Reece and Riley Keough as Lauren Reece in The Terminal List

The Terminal List is now available to stream on Amazon Prime.