MiHoYo’s newest addition to Genshin Impact has, like clockwork, been accused of being ‘too white’ to have come from her Middle East-inspired homeland. 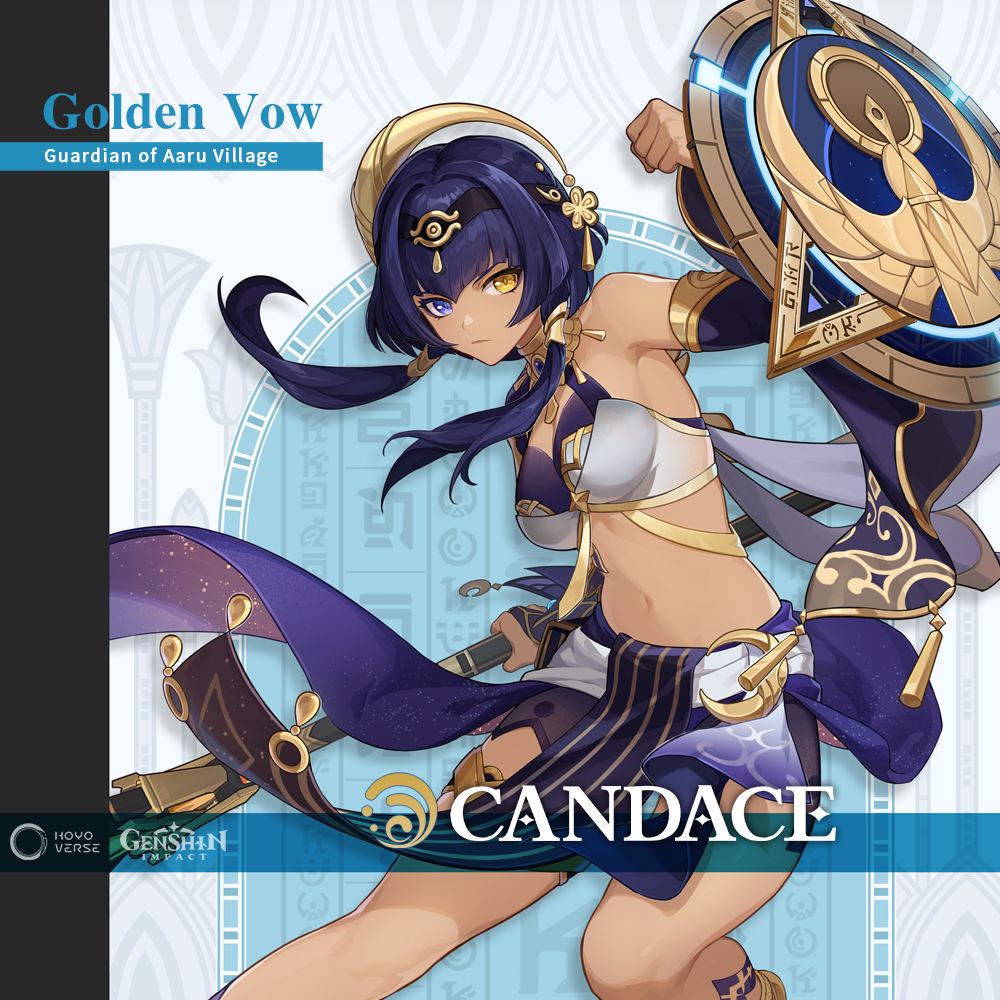 Announced earlier this month, the Golden Vow and Guardian of Aaru Village, as described by the developer via an in-game quote from an unspecified character, “is a true descendant of King Deshret!”

A Hydro user, based on her weapon and her constellation being Sagitta Scutum – a Latin name which translates to ‘Arrow Shield’ – it seems Candace will wield both a bow and shield. 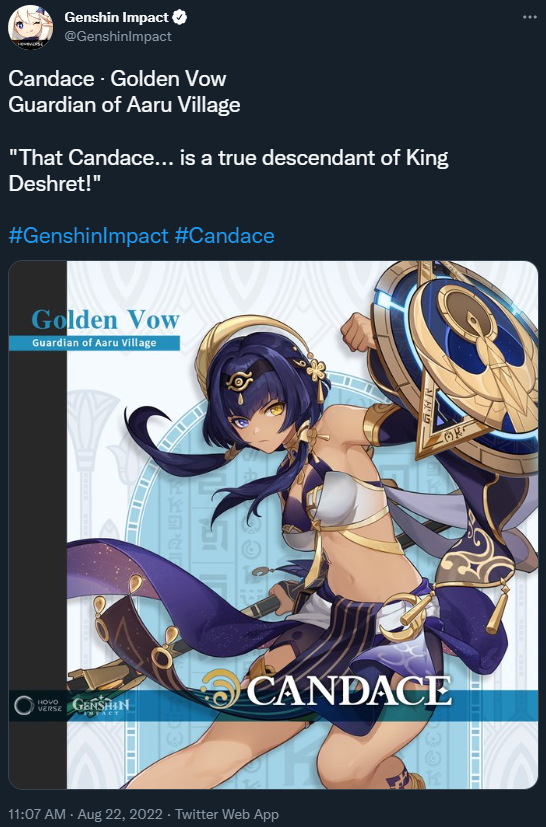 While most fans have taken to her reveal with interest, particularly towards her backstory, personality, and abilities, some – unsurprisingly – are upset over how she looks, as they believe that she appears too white to have come from her Middle East and South Asian-based home region of Sumeru.

“You’re scared of having black people in your game i think,” accused @itssunpi, one of several unhappy players who believed Candace to be specifically inspired by real-life Nubian figures.

In support of this claim, the user also shared a screenshot of the Google results for Kandake – which translates to Candace in Latin – a term used by the Meroitic people for the sister of any given king of Kush who was charged with producing the kingdom’s next heir. 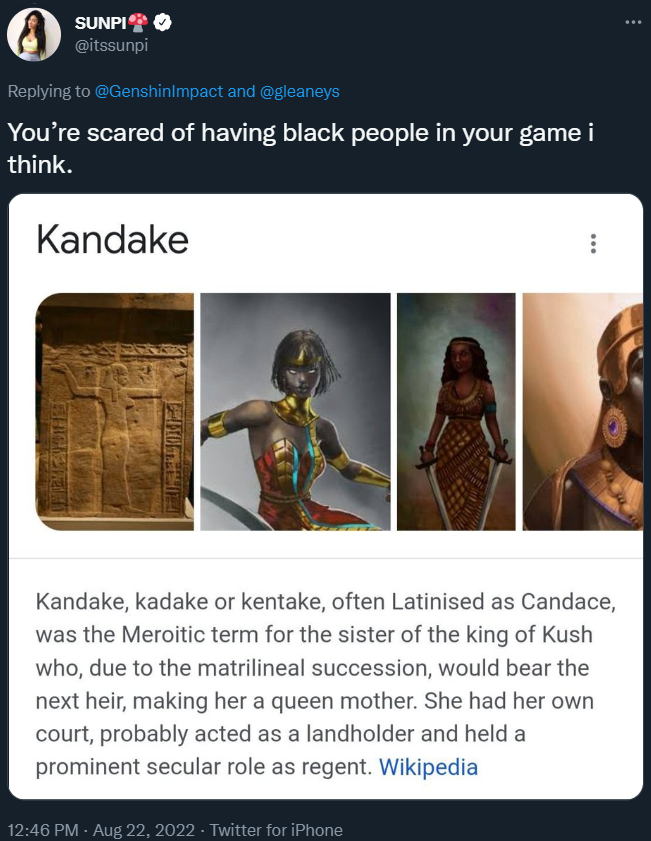 In reply to @true_Motivated’s tweet that “people are going to complain that she is not black enough really fast,” @Hamsteroni1 argued, “as they should, hoyoverse needs to be held accountable.”

“Taking inspiration from historical figures and whitewashing them to benefit their game, then completely ignoring their players is blatant disrespect,” they said. “Grow up.”

“hoyoverse has an amazing global fanbase, and i firmly believe that the company should be doing what’s right for its diverse audience,” @Angeless denounced. “Candace’s design, along with the lack of representation across Sumeru, is NOT it.”

One of many who either edited Candace’s official art or redrew her splash art entirely to give her a darker–skinned appearance more akin to black and African cultures, @YangFangs shared their take on the Genshin newcomer and lamented, “What could’ve been”. 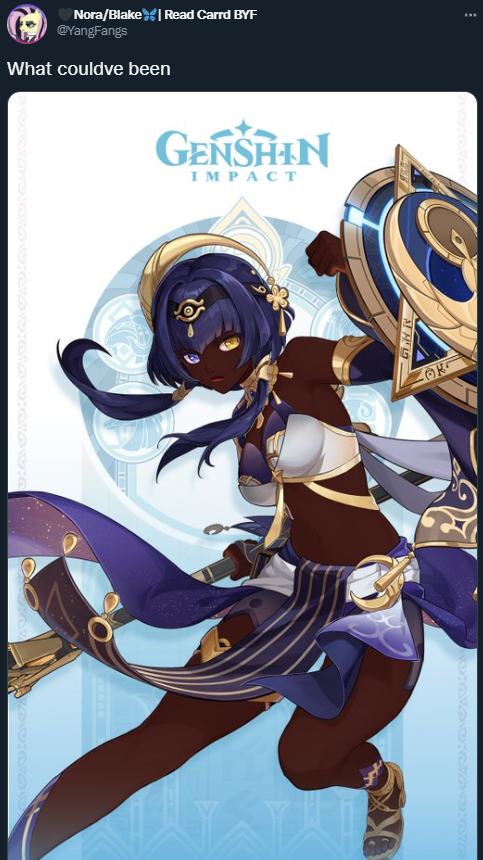 “This is why I’ve had difficulties stanning [obsessively be a fan of] Genshin Impact,” @folacosplays fumed. “The community itself is quite racist and the brand themselves are legit pushing it by whitewashing a Historical BLACK figure. Everyone commenting too literally have no pfp if themselves, be racist with your chest.”

Notably, Candace is not the first character hailing from Sumeru to be accused of being offensive for failing to live up to some players’ racial expectations.

Similar accusations have previously been leveled against Kusalini, Tighnari, Dori, and Colleli, as well as Cyno. 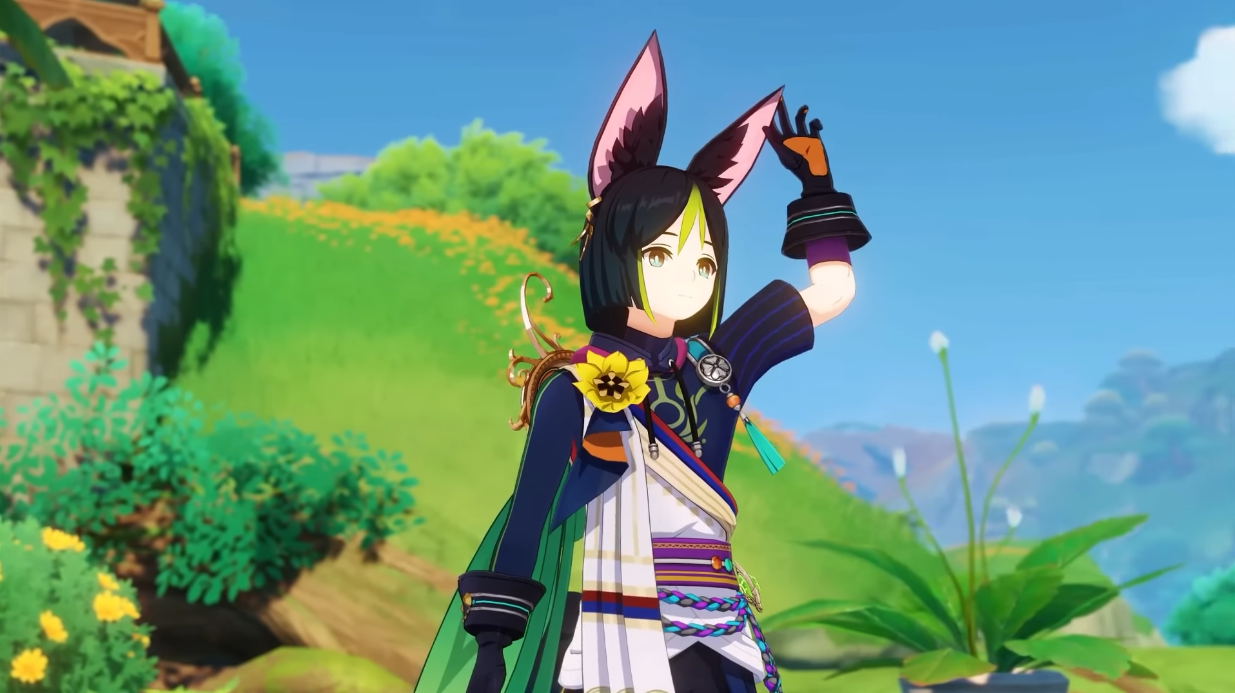 Some were already outraged over allegedly leaked characters from the region looking too white, considering the cultures the new region is supposed to be based on.