Domina has been removed from Steam, after the developer was banned from the forums following months of comments deemed controversial by the video game platform. 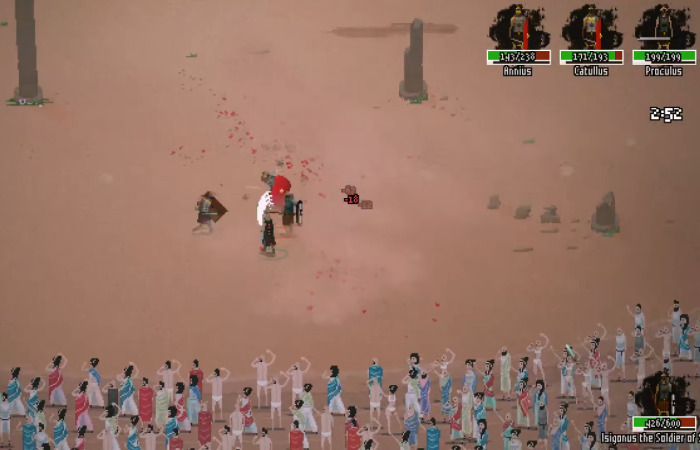 In March of this year we reported how Nicholas Gorissen (a.k.a. Bignic) caused outrage under his one-man studio Dolphin Barn Incorporated. Within patch notes Gorissen recommended players avoid COVID-19 masks (with studies from February claiming they may contain carcinogenic Titanium Dioxide particles), and discouraged watching pornography as it made “weak men.”

It seems Gorissen continued this crusade of mentioning non-gaming related topics in the patch notes. 1.3.21 Beta patch notes included the bullet point “did john galt kill himself? no, but everybody at the motor company probably wished he would, in the fictional novel ‘atlas shrugged’ by ayn rand.”

1.3.22 Beta at first seems to only discuss adding the Bestiarius employee to upgrade animals. Gorissen then mentions players can also heal animals “even if you don’t have Medicus, or Medicus Emeritus, or if you’re a man who has inverted his penis into a vagina, the BESTIARIUS will automatically train animals after healing, but it won’t make you a woman.”

1.3.23 Beta mentions what could be several “World Champion” units, but then links to several Bitchute videos, discussing controversies and allegations levied at COVID-19 vaccines.

Gorissen had taken a similar attitude on the Steam Community forums for Domina. When the off-topic patch notes were noticed at-large, around March 14th, members of the community both cheered him on and felt he should be outright banned from Steam.

Across 340 posts, Gorissen mocked those who were against him, denounced COVID-19 mask and vaccine mandates, condemned transgender lifestyles and sex changes, and supported belief in the Christian God would raise others above their peers and those that would harm them. 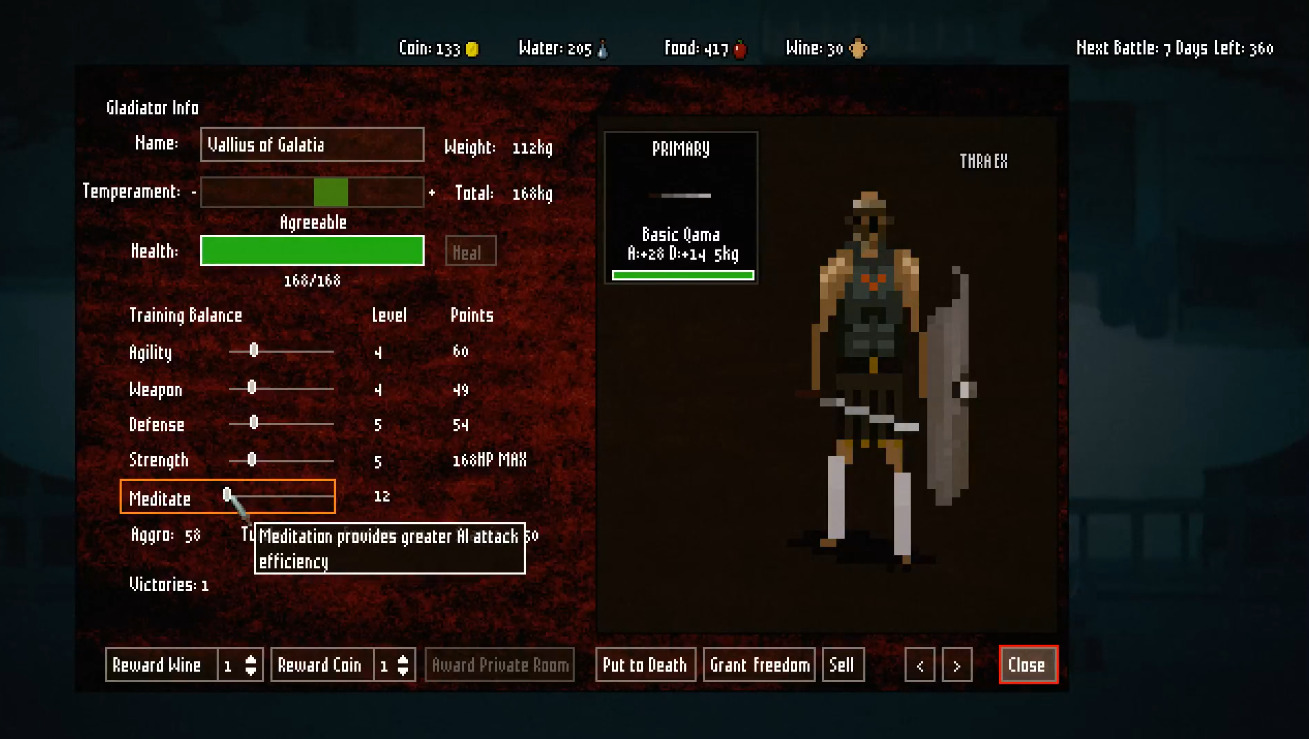 Gorissen also claimed Valve moderators were locking some threads and deleting posts  — as he had no mods operating on the forum — and denied he had cut content from the game to sell as DLC; content said to have been present in the game’s beta branches.

He may also have undertaken similar discussions on Twitter, possibly around April 5th, as the developer’s account is currently suspended at this time of writing. 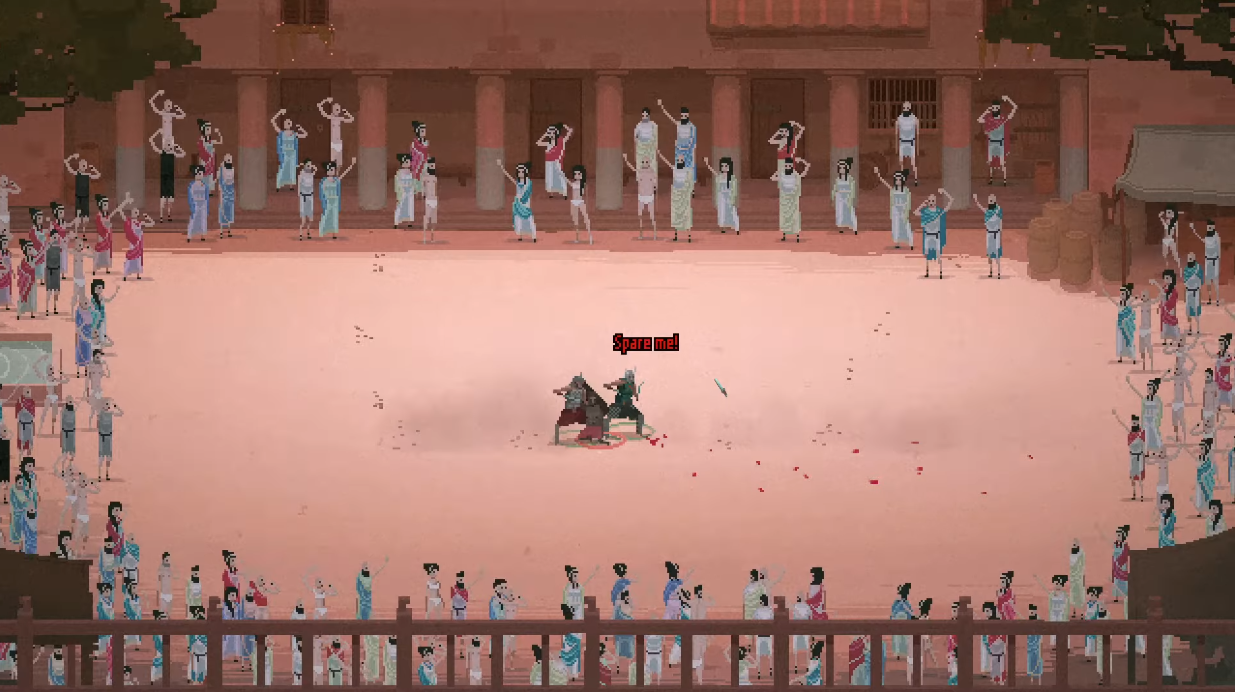 The biggest surge in negative reviews came August 7th, the day after Gorissen posted the Major Update news “DONE.” The header image showed that Gorissen seemingly could not re-flag a review that Steam moderators had cleared. “Steam publishes dozens of fraudulent reviews of our game and we flag them as such. Our flags are removed, and despite any evidence, the fraud review stands,” Gorissen asserts. 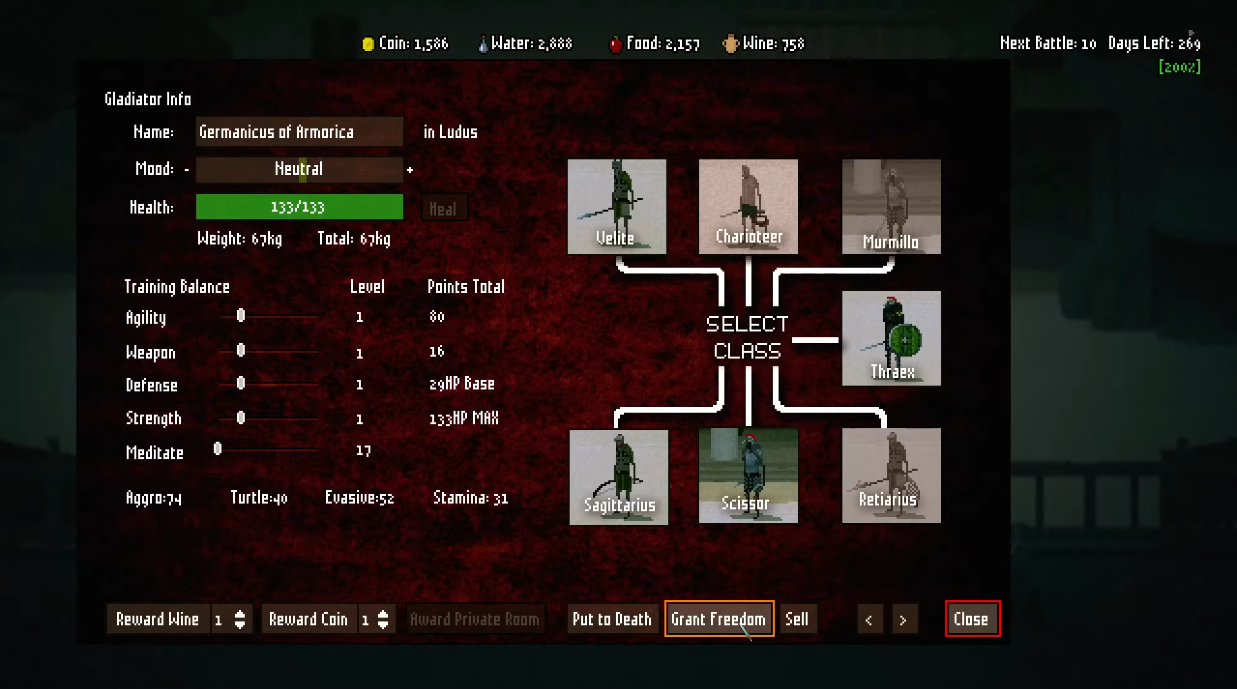 “No evidence is ever offered that we’ve done anything wrong with DLC, but the claims are echoed for eternity on b-level gaming blogs, just to be used as ammunition on Twitter. Circle jerks. Disgusting,” the developer declares. “Now we can’t even flag the lying reviews as fraudulent because nameless, cowardly steam moderators whom we cannot interact with, have final editorial control!”

“How can we have a working relationship with a platform that actively wants us OFF the platform? At this point, it is doubtful that DOMINA will receive future updates on Steam,” Gorissen warns. “If that upsets you, I encourage you to talk to Gabe Newell. His ship is sinking and he dgaf. Integrity is key. Centurion: Adapt, Adopt, Improve.” 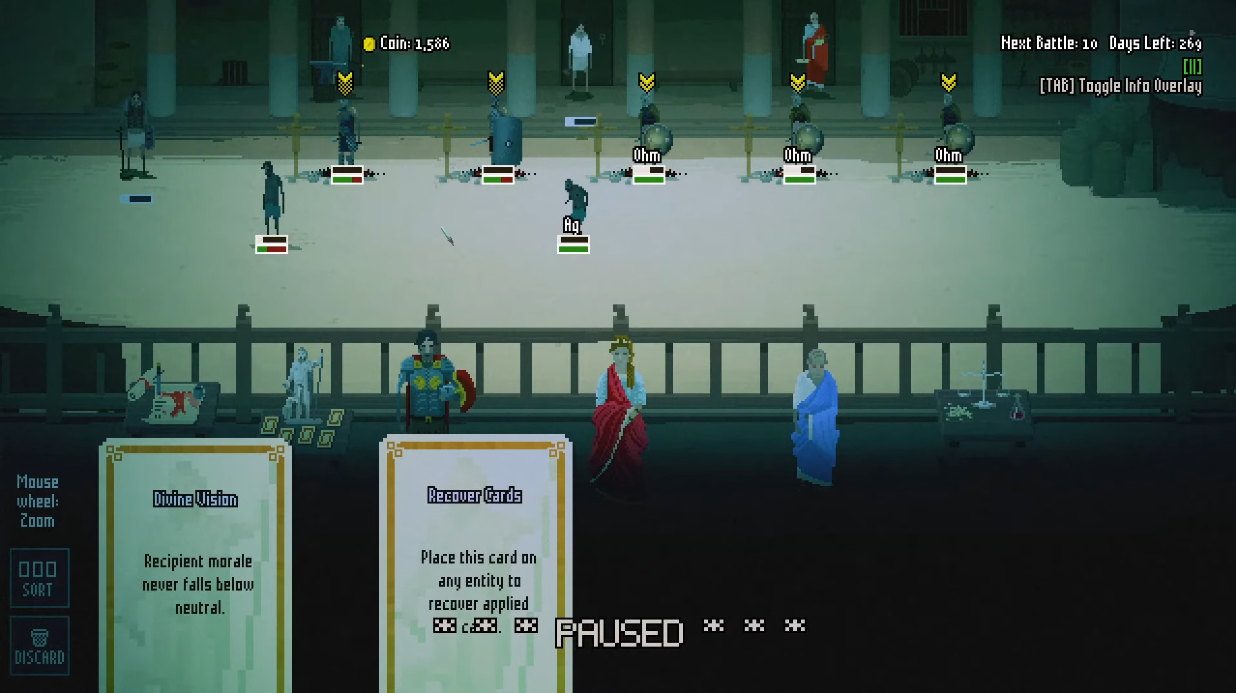 Gorrissen insisted Steam were removing the flags on reviews he felt was fraudulent in the community discussions over his latest post. He would later update his post on August 8th, claiming “Steam Mods banned me from DOMINA forum for a week (ostensibly for strong language, but if you hold a mirror up to the world 80% of them will throw a brick at you).”

“Exactly zero human beings have the balls to put their name to the ban. Cowards. Clowns. What a stupid company to work at,” he fumed. “It must be so sad collecting so much money from people who actually create something, and then banning their opinions.”

“I wonder how many stomach ulcers are at Steam/Valve? How much prilosec is prescribed to them? Zero cocks among them, that’s obvious. What a pity.” Gorrissen concluded sharing a video seemingly of his own making. It showed films edited together which depicted Jesus healing a centurion’s servant (Matthew 8:5-13, Luke 7:1-10) along with centurions fighting bloody battles. 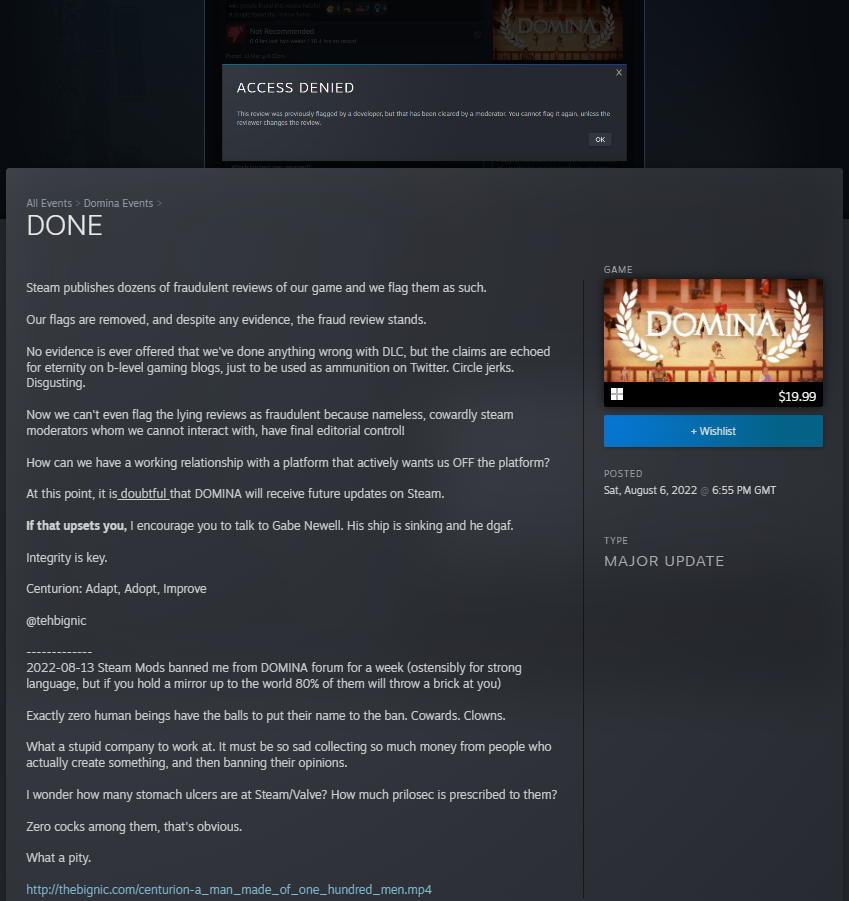 Even banning wasn’t enough to stop Gorrissen, however, as his final patch notes on August 31st continued to deride. “DOMINUS v1.3.25 (deadname: domina),” asked players to “Please Respect Our Pronouns During This Difficult Transition.” 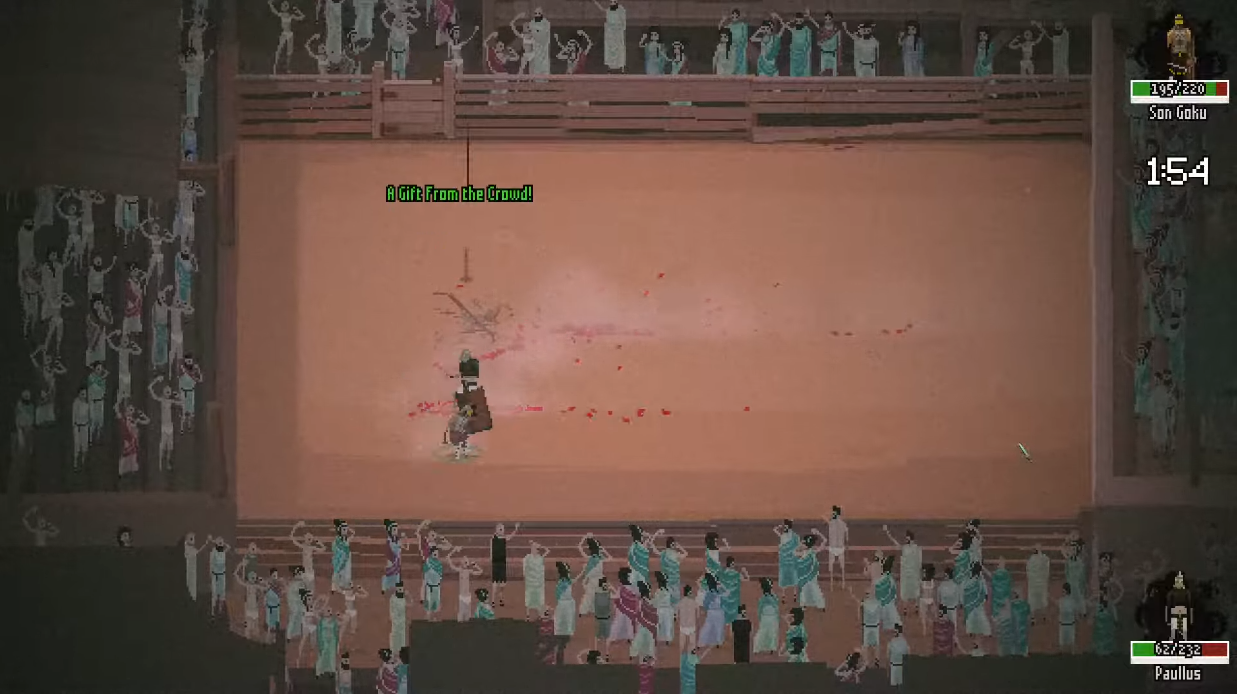 He went on, “If you are confused, please simply stop being confused and remember that DOMINA doesn’t exist and never did, but DOMINUS does exist, and always has, you just didn’t know you were playing a man, who was dressed as a woman, but now that we reveal it to you, you have NO RIGHT to feel deceived, the same way the poor drunk dudes who transvestites like Keffals had sexual intercourse with, without disclosing that they were a man, have no right to feel wronged and you’re a bigot for being confused or even mentioning something like that happening, let alone having an opinion about it.”

Aside from two genuine fixes, the last two bullet points read “stop destroying the innocence of children by lying to them about basic biology,” and “stand up for what you believe – ask God for courage.” This led to yet another surge of negative reviews on September 1st. 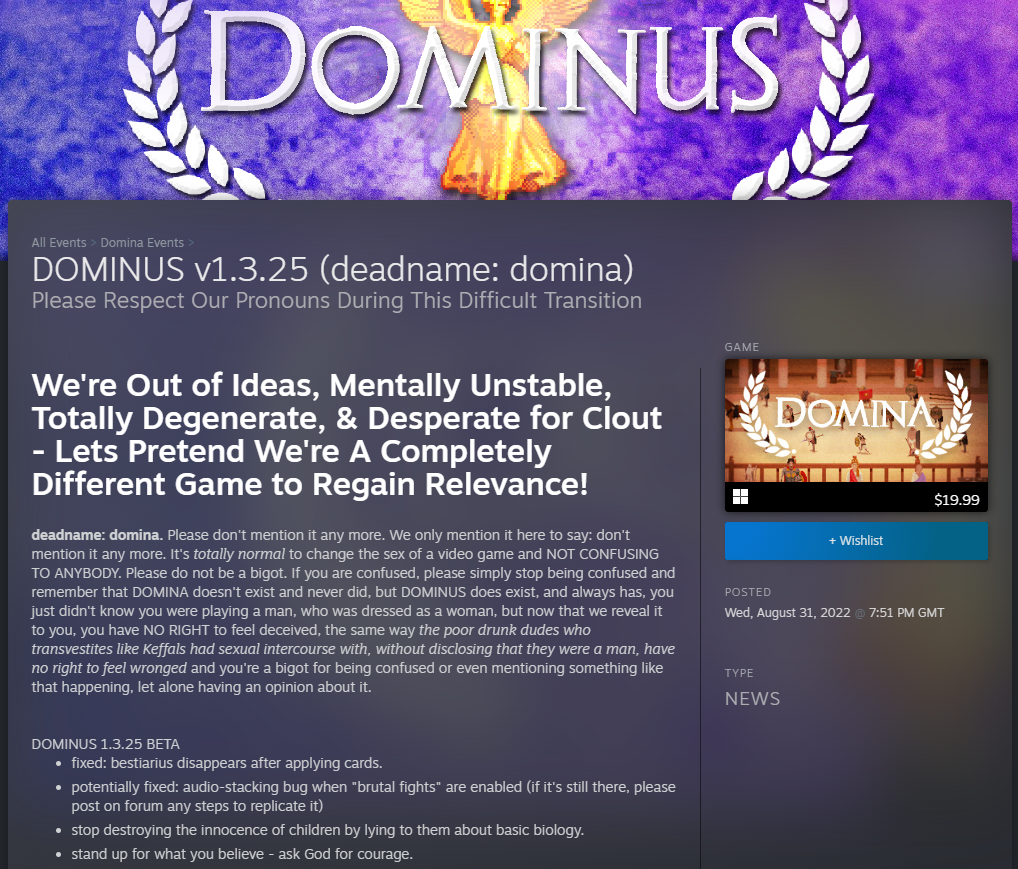 Domina left steam with 9,909 reviews that were “Mostly Positive,” with 1,958 recent reviews being “Mostly Negative.” According to SteamDB, while the game has not reached its all time peak of 3,089 players, its weekly peak was 76 players on September 2nd. The game also saw just over 100 Twitch viewers on the 3rd and 4th of the month. 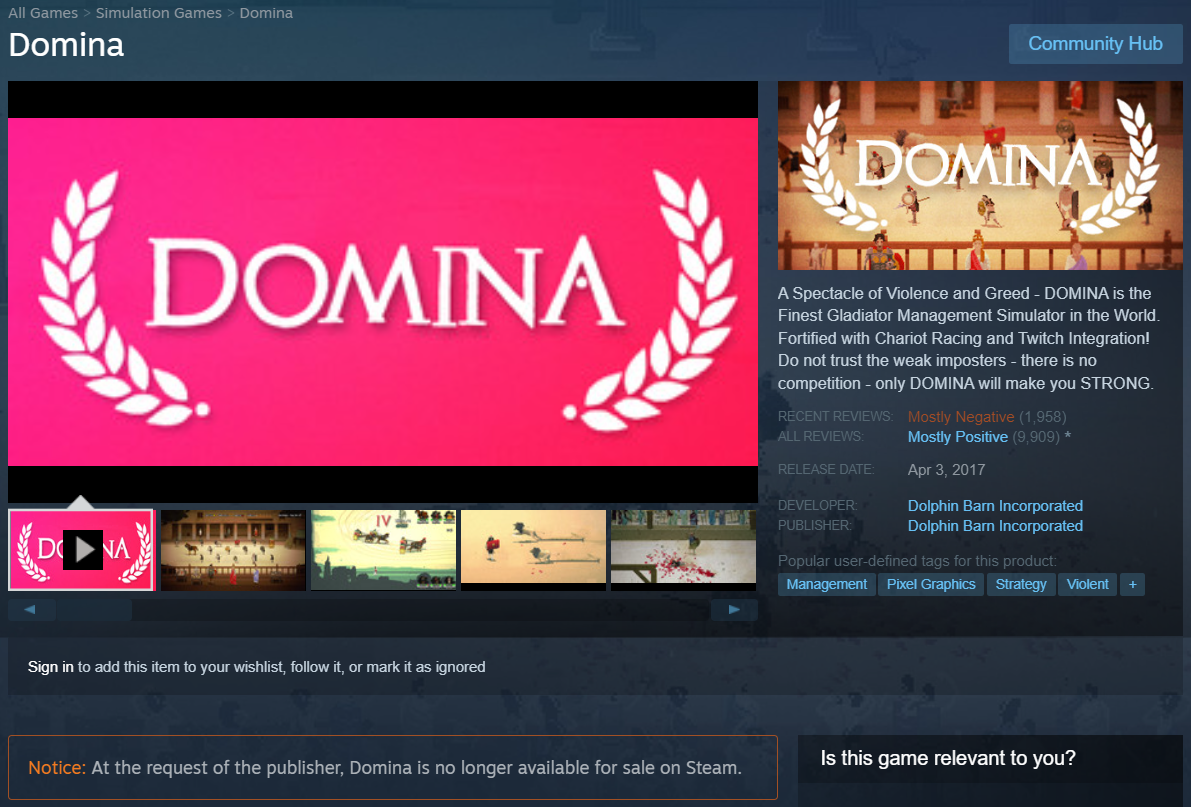 NEXT: ‘Destroy All Humans! 2: Reprobed’ Removes Sex Change Side Quest Despite Disclaimer Claiming Remake Is “Unaltered”