The first two episodes of HBO’s prequel series to Game of Thrones didn’t exactly set the world afire with dragon flame, but the third is starting to show signs of life. Unfortunately, it comes in the form of two bookend battle sequences, with more of the same filler thrown into the middle. There’s some good to be had here, but House of the Dragon still needs to get its proverbial rear in gear. 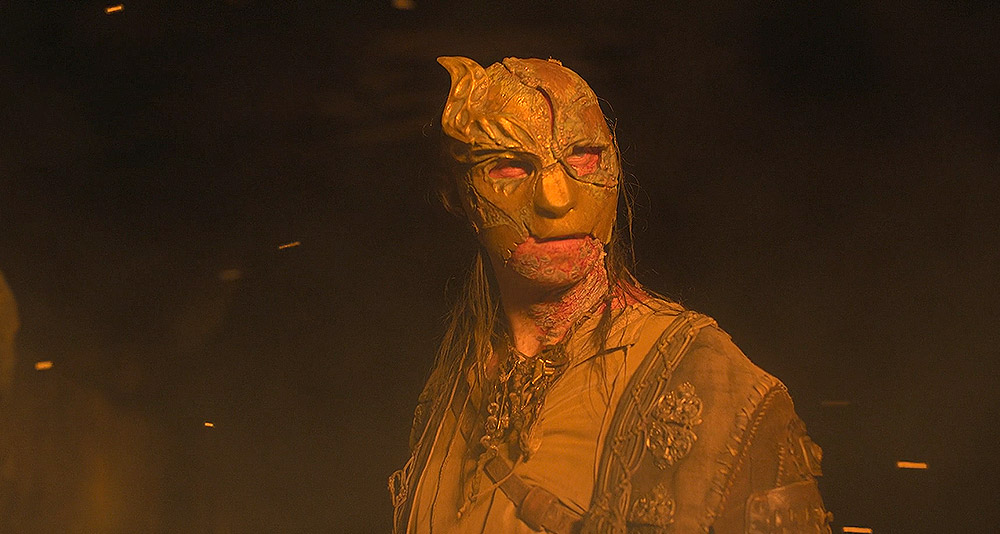 The Crabfeeder from House of the Dragon, HBO

RELATED: House of the Dragon: ‘The Rogue Prince’ (Episode 2) Review

This episode marks the first significant time jump in the series since its debut, flashing forward a few years after King Viserys announced his shocking intention to marry Lady Alicent. The newly crowned Queen has already given birth to a son, with another baby in the oven, and it has since driven a wedge between herself and Viserys’ daughter Rhaenyra.

Unsure of whether she’ll get booted from the Iron Throne’s waiting list, Rhaenyra also has to contend with the stresses of growing more mature within a royal family. A spat between herself and her father leads her to run off from a hunting trip meant to commemorate her half-brother Aegon’s second nameday, prompting Kingsguard Ser Criston Cole to follow and offer protection, and some advice. 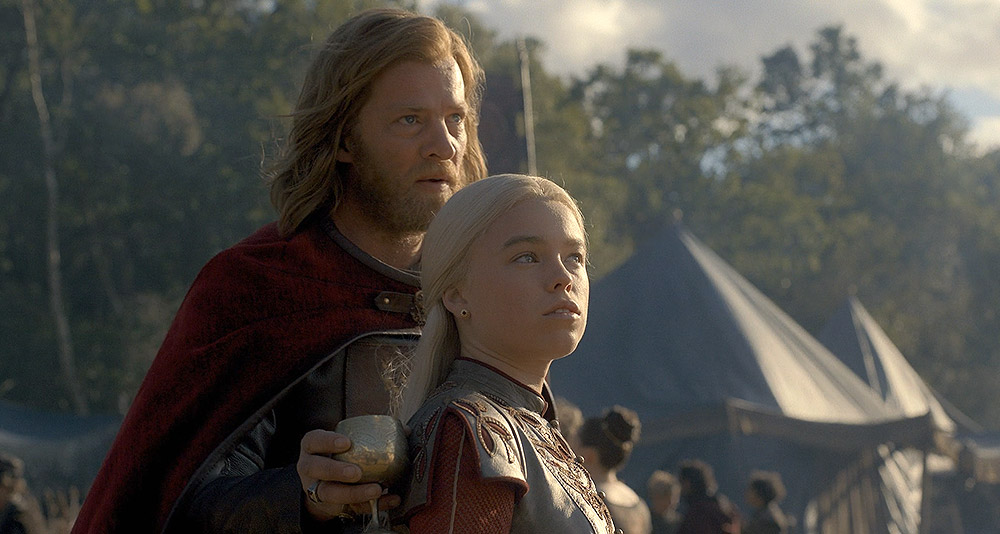 Jason Lannister tries to woo Rhaenyra in House of the Dragon, HBO

The episode is notable for introducing the notorious and opportunistic Lannister family, who would later go on to factor into Game of Thrones’ main storyline in a significant way. Jason Lannister’s attempts to woo Rhaenyra fall hilariously flat, while several others offer their own recommendations to Viserys over whom she should marry – one of which is her barely-toddler half-brother Aegon. 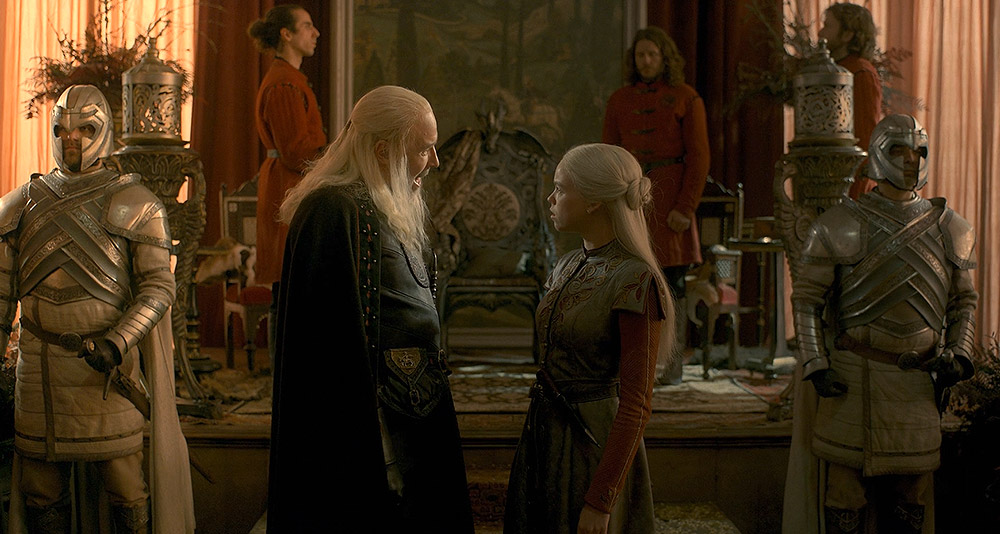 King Viserys chastises his daughter Rhaenyra in House of the Dragon, HBO

It’s creepy, but that’s what the franchise is known for, especially hot on the heels of the previous episode’s insinuation that an old and grizzled King should marry a 12-year old girl.

The same good points cited in our reviews of the previous two episodes still hold here, and the visuals of the battle sequences are a nice sight to behold. The performances remain strong, particularly Milly Alcock as the young Princess Rhaenyra, who clearly has a strong career ahead of her. 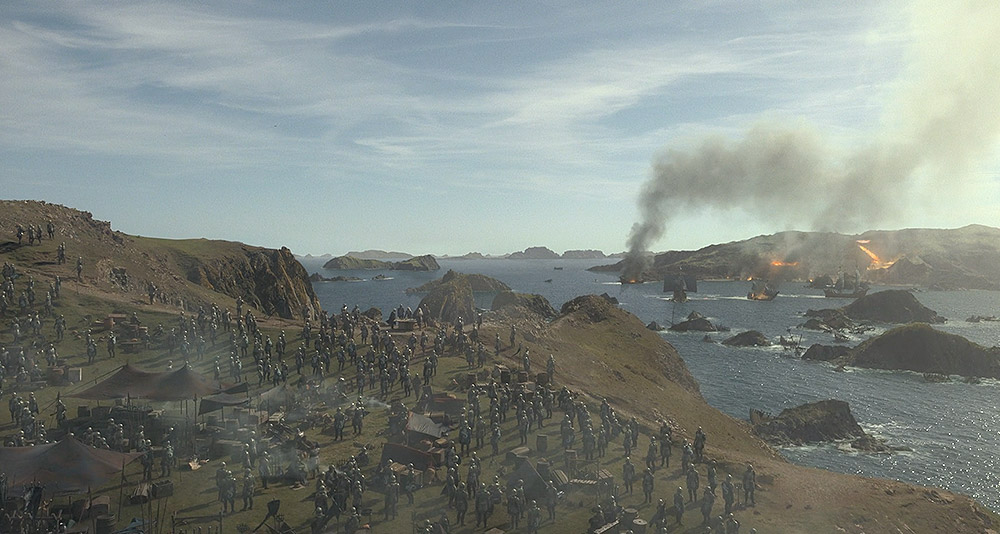 The Kingdom’s men against the Crabfeeder’s forces in House of the Dragon, HBO

Scripting is done well, the set pieces feel appropriately authentic, and that old rustic fantasy charm is shown in every frame. Those are all plusses, even if the actual meat of the story can’t quite keep up with it all.

Thankfully, the show finally manages to escape its own self-imposed house arrest, and trades boring hallways and bedrooms for the open wilderness, but it’s going to have to go a bit farther than a few miles away from King’s Landing to make a real splash. Points for trying, but all episode 3 does is shift the kingdom’s politics to a breezier environment, instead of spicing up the formula. 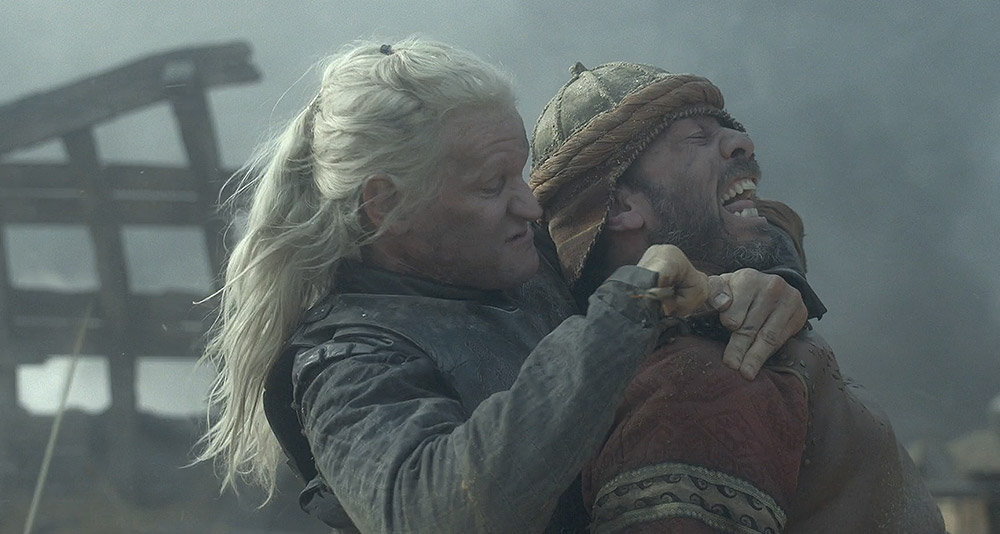 Daemon Targaryen battles the Crabfeeder’s men in House of the Dragon, HBO

Meanwhile, the aforementioned “bookend battles” are a somewhat refreshing change of pace, but they come at a cost. Daemon Targaryen’s campaign against the Crabfeeder is met with defeat during the first battle, with the second acting as his Hail Mary attempt to turn the tides in a conflict that is most certainly doomed to utter failure.

That battle is an interesting one, but it makes less sense given the multiple beat-downs Daemon received in previous episodes. To see him storm through a cabal of the Crabfeeder’s forces single-handedly, while dodging arrows lobbed by the worst marksmen since Star Wars’ stormtroopers was a bit odd, to say the least. 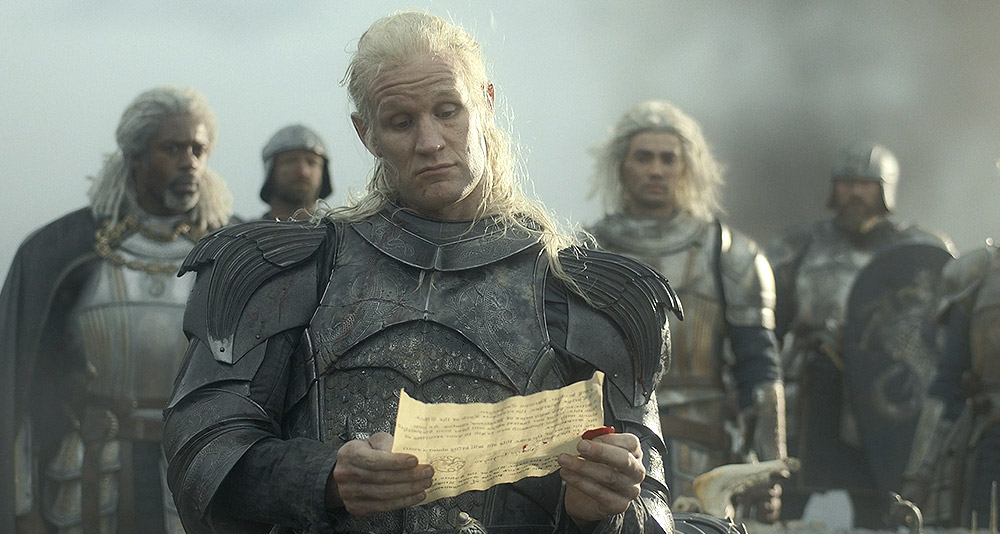 Daemon reads a note from the King in House of the Dragon, HBO

It pays off at the end with an unexpected victory, showing Daemon dragging the half-corpse of the Crabfeeder out of his cave. Unfortunately, the victory robs the show of a potentially interesting villain that could have been expanded on to greater effect, while nullifying an important conflict a mere three episodes into the story. The fact that he wears what appears to be a Sons of the Harpy mask is reason enough to keep him going. 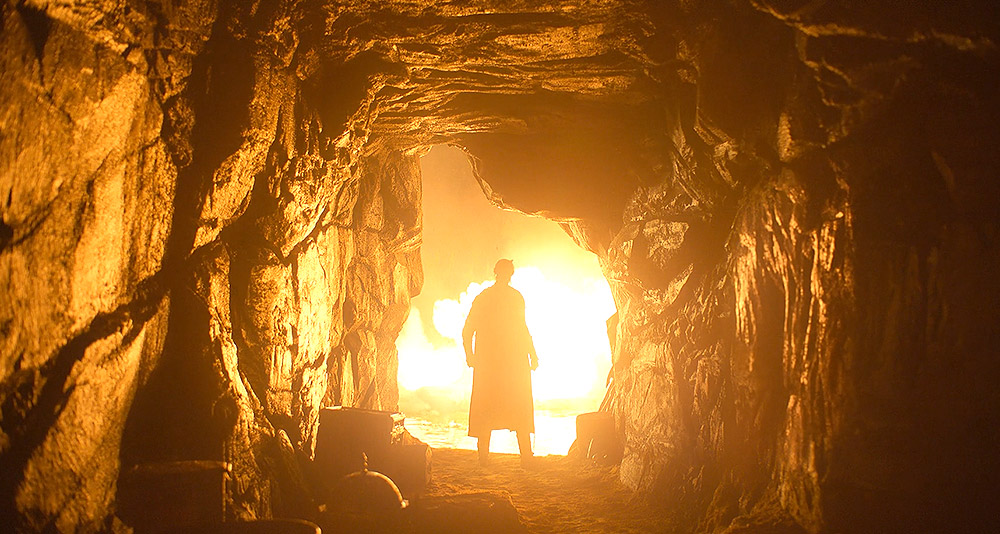 The Crabfeeder hides in his cave in House of the Dragon, HBO

RELATED: George R.R. Martin Says He Has More Influence On ‘House Of The Dragon’ Than Later Seasons Of ‘Game Of Thrones’

Also, it’s difficult to fathom why it’s so hard for a dragon to pump ridiculous amounts of fire into the Crabfeeder’s caves, and either torch or smoke him out. Why this isn’t even a consideration during the first battle is completely bizarre.

As House of the Dragon marches on, there’s less and less to actually talk about, primarily because it still lacks the charisma of the original series characters, not to mention the constant rotation of interconnected storylines that kept the narrative so fresh and intriguing. Try as it might, the show cannot escape the bulk of the Targaryan-focused storyline.

Attempts to ward off stagnation are admirable, and ‘Second of His Name’ certainly tries hard, but it doesn’t go far enough to warrant any triumph. Many are lauding the series as such, but it must be weighed against the critical iconic success of its forebearer, which did a much better job at maintaining excitement and enthusiasm.

King Viserys approaches a captured stag in House of the Dragon, HBO

To sum it up, this third episode of House of the Dragon does little more than take the politicking along on a camping trip, while deflating a major conflict that could have been far more interesting and engaging. It’s maddening, because all the elements are there, but the show can’t see fit to break out of its comfort zone and reach for the sky.

NEXT: Elon Musk Roasts ‘The Lord Of The Rings: The Rings Of Power’: “Tolkien Is Turning In His Grave”