Velma’s cop calling attack in MultiVersus has been changed to summoning the Mystery Machine, after a smattering of discussion and jokes. 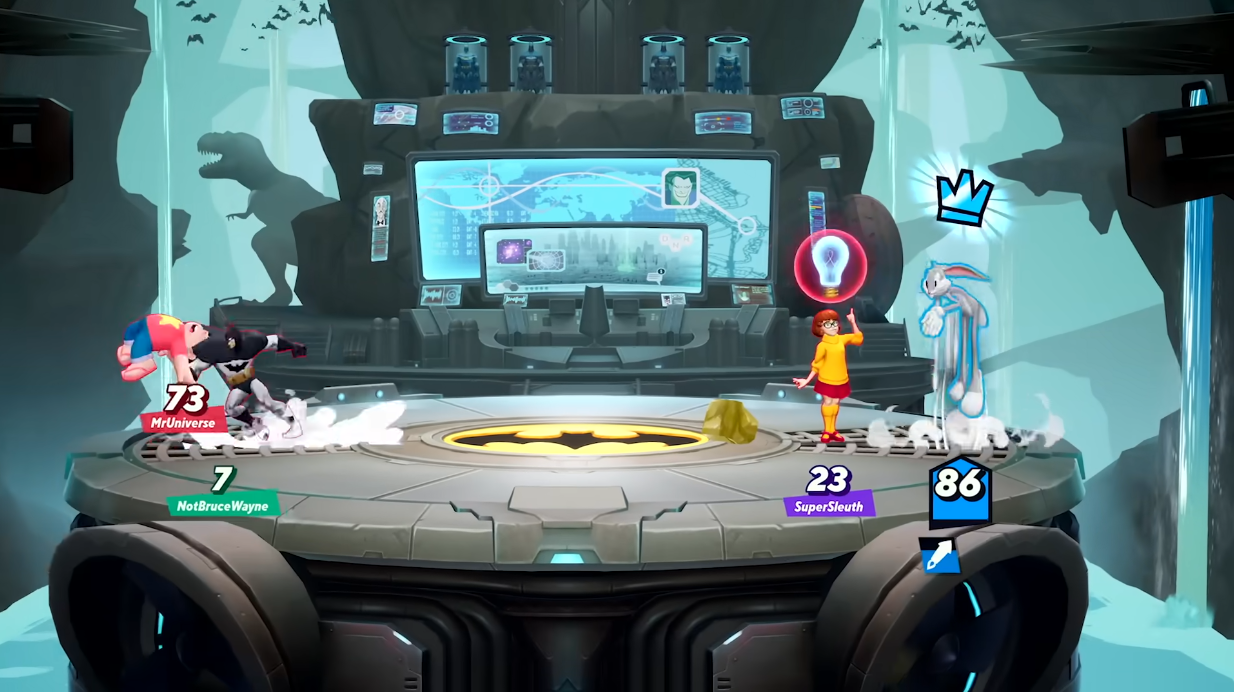 While Velma may not be as wild as other cartoon characters in Scooby-Doo, the franchise she actually stems from, in MultiVersus she has plenty of weird and wonderful moves. She can batter foes with the flash of her flashlight or camera, lightbulbs appearing above her head when she has a good idea, math shot out of a calculator, freezing chemicals thrown on the ground, and yelling sassy word bubbles or through a megaphone.

Torrents of projectiles aside, the move that’s gotten some people in a tizzy is where she calls the cops. The move’s description reportedly states Velma “finds out who they really are and calls the police.” Sure enough, after collecting enough evidence, Velma can call a police car, showing them a wanted poster of “Mr. Jenkins.”

Speech bubbles then appear above one or more opposing characters’ heads, revealing they are Mr. Jenkins in disguise (akin to the original cartoon’s monster-of-the-week). The police car then moves towards marked opponents.

When it catches up to them, a silhouette of the character can be seen on the back seat — with the impostor marker changing to show the character behind bars — as the police car attempts to hurl itself off the stage. 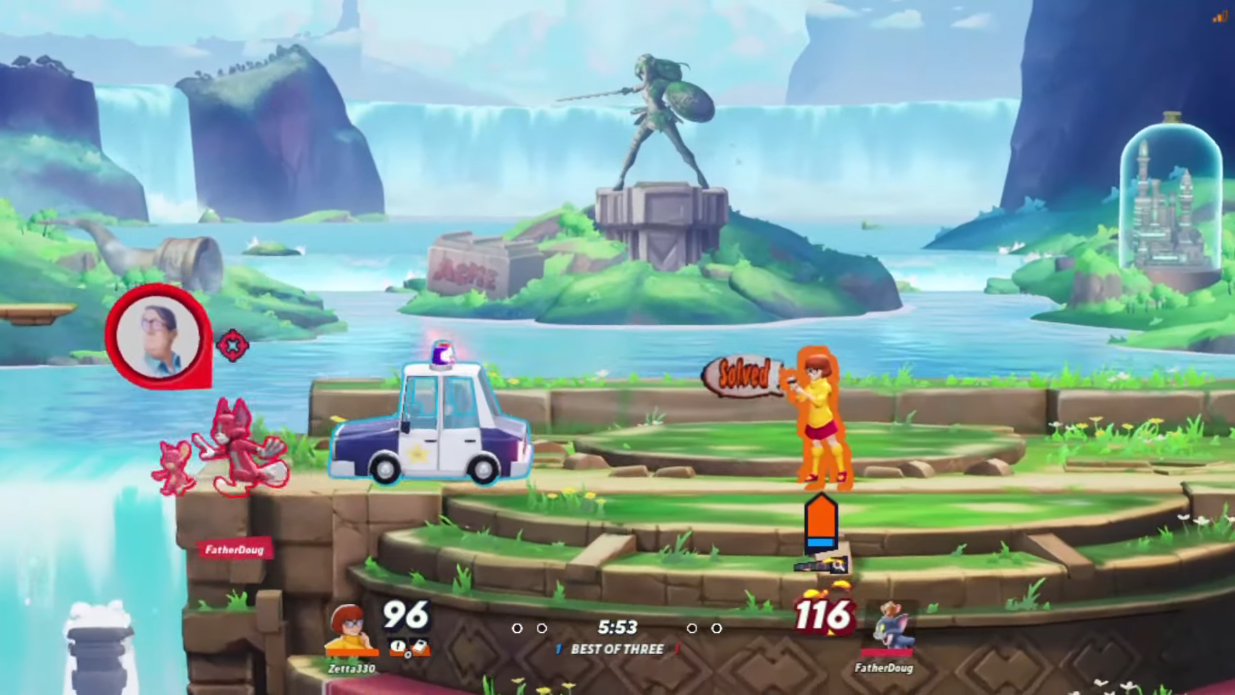 As the prompt “Call the Police!” above Velma’s head was shared by @TheBesteban, others on Twitter mocked it by comparing it to a Karens — slang term attributed to demanding women who wildly escalate things that inconvenience them (which could hypothetically include calling the police for a minor or petty manner).

Others called it a “white woman move,” or joked the move would be more effective against black characters. Others instead opted for those accused of a crime, such as characters in the game due to their actions in their respective shows (or even in-game for assaulting Velma), or certain fighting game communities due to prior cases of sexual abuse and harassment by prominent or infamous players. 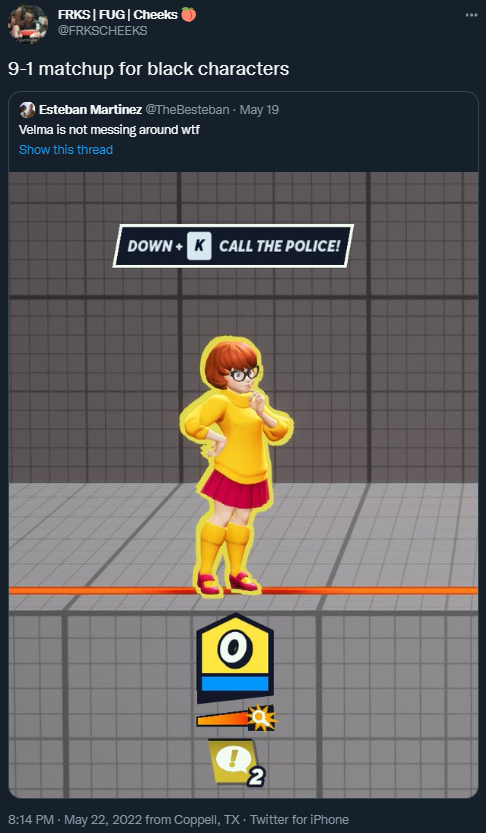 While the vast majority seemed to be joking about it rather than make accusations of racism, Polygon took the matter more seriously in their report. “Is that a funny idea in concept? Of course it is. Is it funny in practice to watch a cop car roll up and start wreaking havoc in the year 2022 in a game with Black characters, including real-world people like LeBron James? Not so much,” Polygon propose.

They then claim distrust in the American police force is at an “all-time high.” They later insist “It’s clear now to many Americans — although this has long been obvious to marginalized and oppressed folks in this country — that the police are not the ‘good guys’ they are depicted as in shows like Scooby-Doo.” 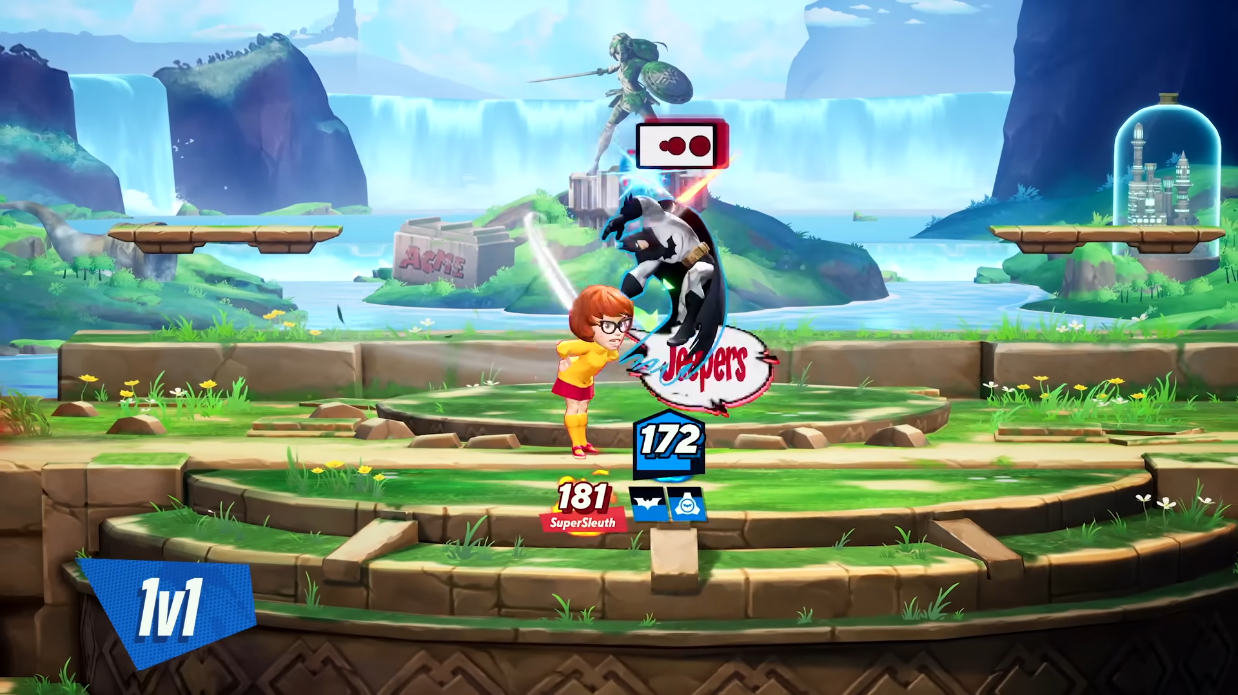 While a petition asking for the police to be replaced with the Mystery Machine only reached 34 signatures — a fraction compared to those asking for Walter White to be in the game or to “Make Velma Thicc Again” — Warner Bros. Interactive Entertainment and developer Player First Games acted on the discussion around the move.

The “Open Beta: Season 1.02 Patch Notes” released September 8th revealed that with the latest patch “Instead of calling the police, Velma now solves the mystery and calls the Mystery Inc. gang and the Mystery Machine to take the bad guys away.” The attack still shows the imposter being put behind bars, however.

In an arguably similar move, Epic Games removed police cars from Fortnite in 2020, amid the Black Lives Matter riots following the death of George Floyd and wider discussion about police brutality. This was despite other police costumes still remaining in the game.

Other fictional characters “fighting for justice” have come under fire in recent years. Some propose the more petty criminals have acted out of desperation, to more libelous claims of them targeting people of color. This may suggest why Batman: Fortress #1 saw the Caped Crusader fleeing from an Antifa and Black Lives Matter style riot. 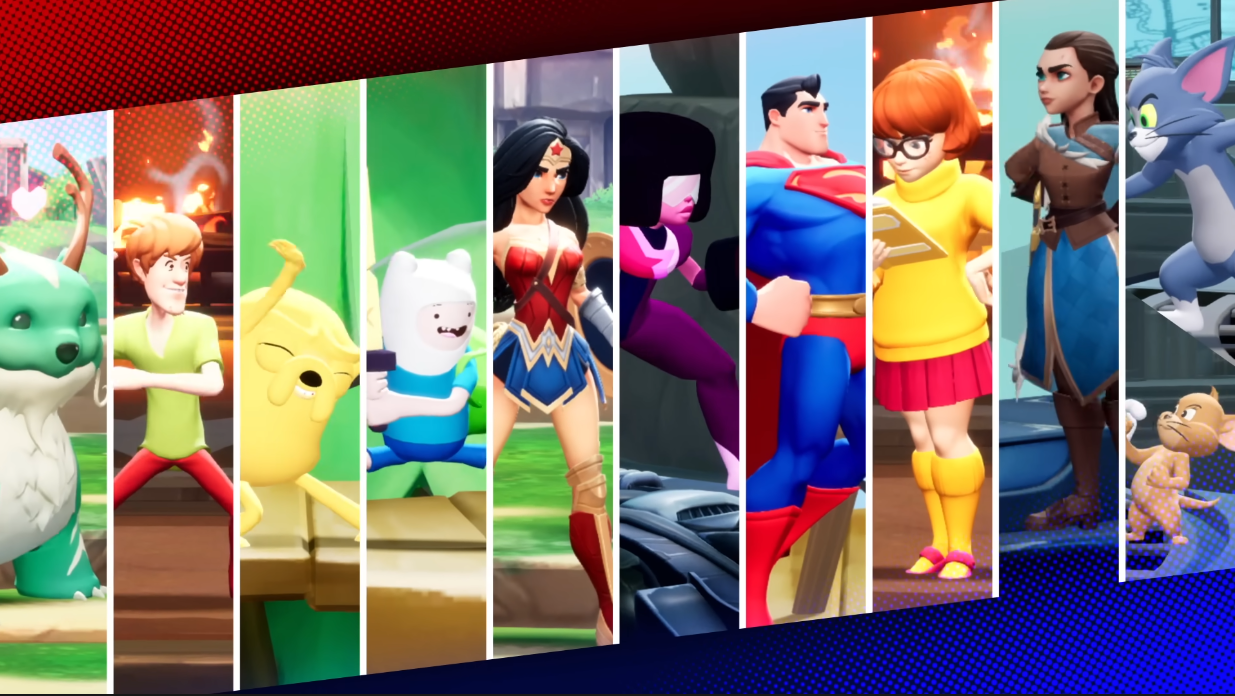