One of the most bittersweet joys in modern life is watching from the sidelines while Woke Left-wingers are forced to suffer the consequences of their own dystopian ideology. The most recent case involves actress Natalie Portman and her involvement in Apple TV’s Lady in the Lake TV series, which has become the target of criminality. 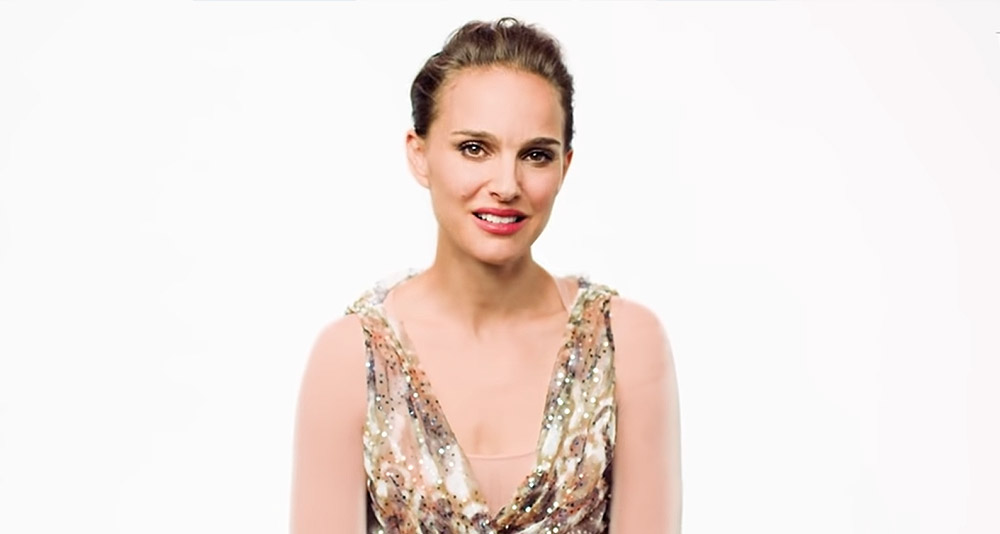 The series is being shot in Baltimore, Maryland, a city that has been plagued with out-of-control violence and crime, which was exacerbated by the mass rioting of 2020 in the wake of George Floyd’s death. Portman, a staunch Defund-the-Policer, stars in the show alongside Obi-Wan Kenobi actress Moses Ingram in a story based on a 2019 book by Laura Lippman.

According to Endeavor Content, the production company responsible for the creation of the show, two local drug dealers confronted a crew driver and threatened him with a gun. An attempt was made to extort $50,000 from the crew, upon which they were forced to flee the downtown area of Park Avenue, where filming was taking place. 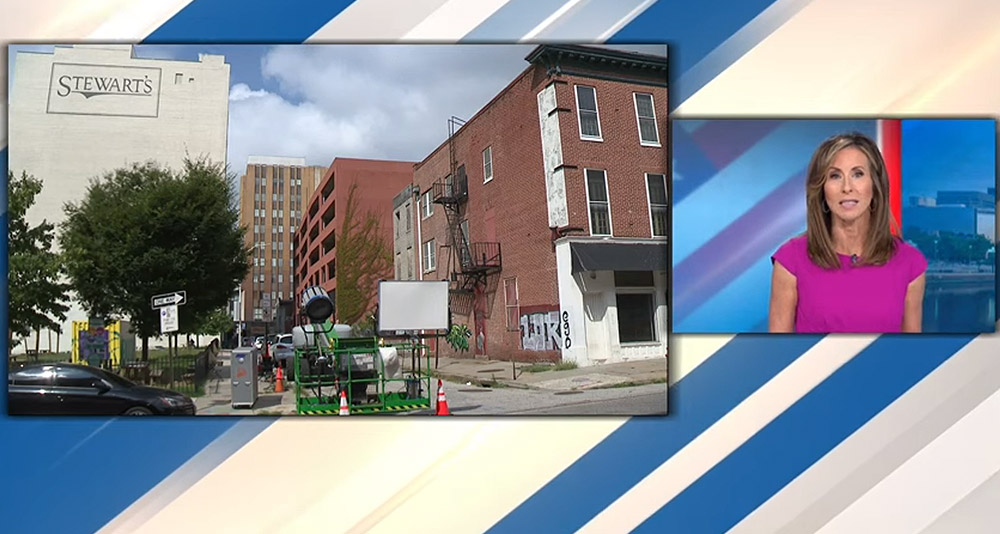 It’s hard to make such a story up, but this is just part and parcel of the Democratic Party agenda for the country in 2022, and for the foreseeable future. Baltimore is a bastion of Left-wing radicalism and anti-police sentiment, and the end result is an explosive crime and murder rate that is completely out of control.

Of course, we’re not supposed to notice any of this, and if we do, we’ll be labeled as “racists who support white supremacy rolled out by corrupt police,” and so on, and so forth…rinse and repeat. The pattern of denial on the part of the Left at this point is simultaneously laughable, and dreadfully banal. 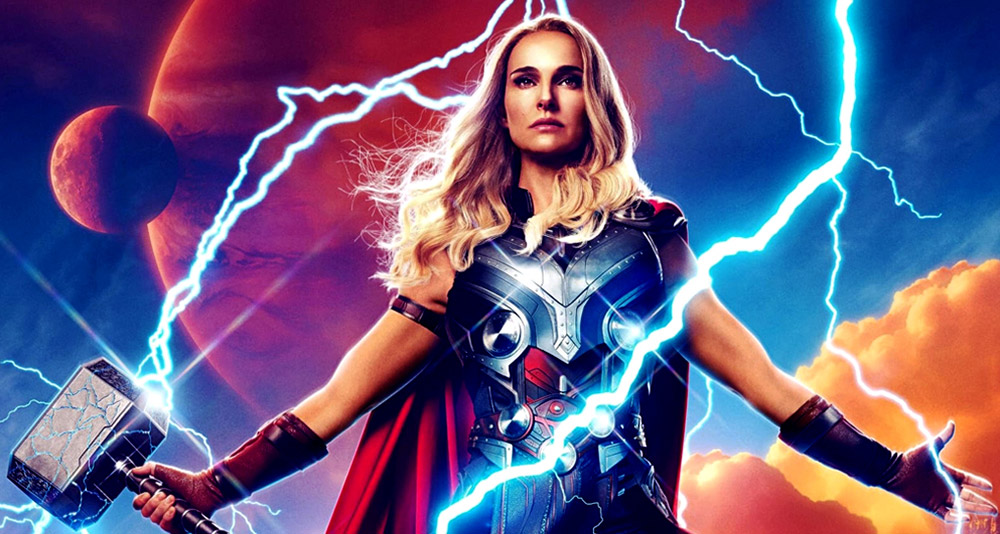 Natalie Portman wields the power of Thor in a promo poster for Thor: Love & Thunder

Portman, for her part, helped make the bed that her production crew and fellow stars are forced to lay in. Back in June of 2020, the Thor: Love and Thunder actress linked support for police to “white privilege,” openly insinuating that they keep white people safe, exclusively, while ignoring everyone else.

“When I first heard #DefundThePolice, I have to admit my first reaction was fear,” she began, before getting to the real heart of her argument. “My whole life, police have made me feel safe. But that’s exactly the center of my white privilege: the police make me as a white woman feel safe, while my black friends, family and neighbors feel the opposite: police make them feel terror.” 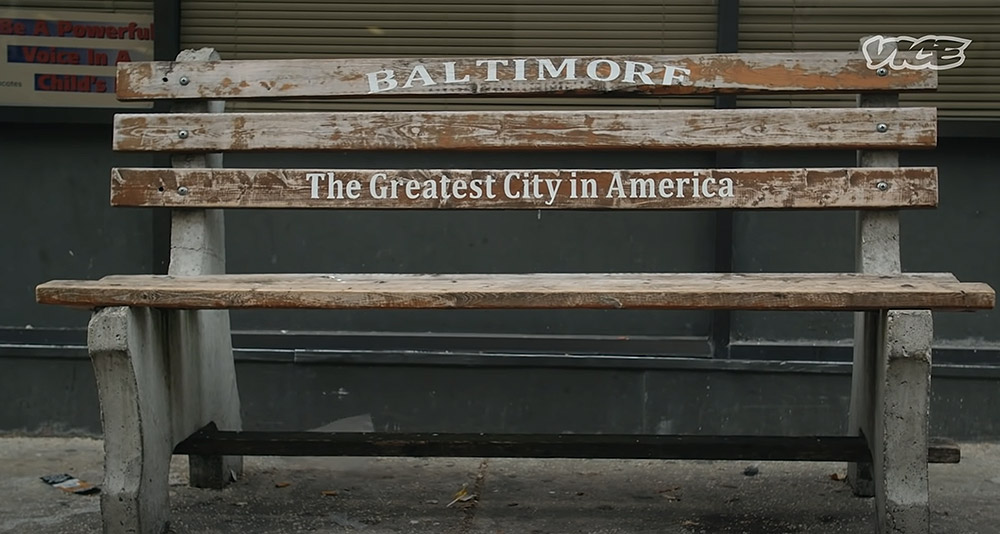 A still from ‘What Happened to the Defund the Police Movement,’ Vice News, YouTube

This, of course, is sheer hogwash, and not backed up by any statistical data. In fact, an August 2020 Gallup poll showed that a whopping 80% of black Americans want the same, or more policing in their neighborhoods. Natalie Portman’s Defund-the-Police sentiment has been echoed by white elitist liberals for years now, and it hurts minority communities the most.

By incentivizing Defund-the-Police movements, crime in black neighborhoods spirals out of control. The secret to reducing crime is an increase in police presence, not less. The lives of black Americans don’t matter to Natalie Portman one iota; the only thing she truly cares about is typical Left-wing virtue-signaling. 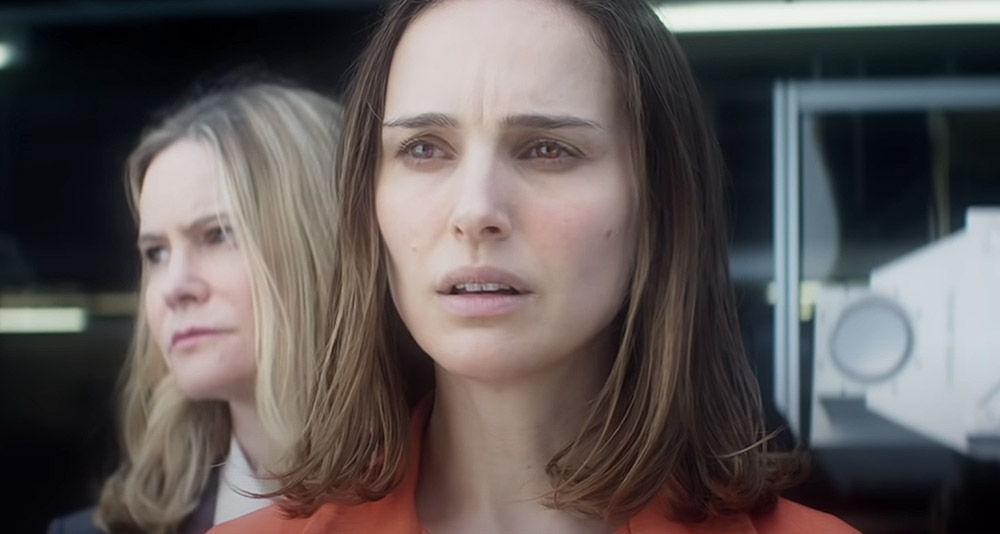 This has become a common thread on the Left, as well. White liberals have shouted loud and clear that the concept of white supremacy is a “white problem.” That logic means that only white people are capable of solving it, since blacks and other minorities have no agency or influence. That’s what is commonly known as a “White Savior Complex,” and it has infected the liberal hive mind to a startling degree.

This slippery slope soon leads to the soft bigotry of low expectations, which is how society gets to the point where Left-wingers make outrageous insinuations about blacks not being able to find voting booths, procure an I.D., or hire lawyers or accountants. The level of racist disdain against minorities on the part of a so-called “anti-racist Left” is a parody unto itself.

The end effect is the kind of extreme-radicalism that has corrupted the Democratic Party and the Leftist establishment. The results are more dead bodies in the streets, more crime, more misery, less opportunities, and the erosion of society as a whole – all courtesy of rabid Leftists who never want the hatred to stop.

Baltimore has made headlines for all the wrong reasons of late. Most recently, Mayor Brandon Scott (D, naturally) blamed the rising crime rates in Baltimore on the media, who were focusing in on it. It seems whenever Democrat policies begin wreaking havoc on constituents, those responsible become quite angry that people take notice.

When ABC News questioned Scott over Baltimore’s crime explosion, he rebutted with “I think that’s a ridiculous question. I think that your station, in particular, has to understand this is not a hashtag.” He then went on to talk about the much-lampooned “Summer of Peace,” which was designed to try and curb crime and violence throughout the city.

It hasn’t made a lot of difference.

Maryland Governor Larry Hogan had nothing but praise for the show’s production taking place in Baltimore, citing the potential for job creation and revenue for local businesses. Now, the show has been forced to pack up production and migrate to another part of the city and the surrounding area, but it’s doubtful they’ve seen the last of the criminal element.

Baltimore currently ranks as the seventh-most dangerous city in the United States, behind Monroe, St. Louis, Detroit, Cleveland, Wilmington and South Bend, previously run by incompetent Transportation Secretary Pete Buttigieg. It’s worth noting that only St. Louis and Cleveland are situated in Red states, yet both of their Mayors are Democrats. The pattern continues apace.

The Democrat Party is for lawlessness and the breakdown of society. While they defund the police, violent crime is skyrocketing in our communities. Enough is enough. pic.twitter.com/SAuwKe9jIM

Meanwhile, Lady in the Lake seems to be staying put in the jaws of the lion, at least for now. It remains to be seen whether a tragedy occurs to any of the show’s crew or talent, otherwise it’s going to be very hard to pin it all on corrupt police.

NEXT: Thor Actress Natalie Portman Reveals How She Talks To Her Kids About Gender Roles And Societal Perceptions Of Gender