Lights, camera, and a new waifu?! Buckle up, lonely hearts, as TMS Entertainment has officially announced that their animated adaptation of Reiji Miyajima’s hit manga Rent-A-Girlfriend (JP: Kanojo, Okarishimasu) has received the green light for a third season. 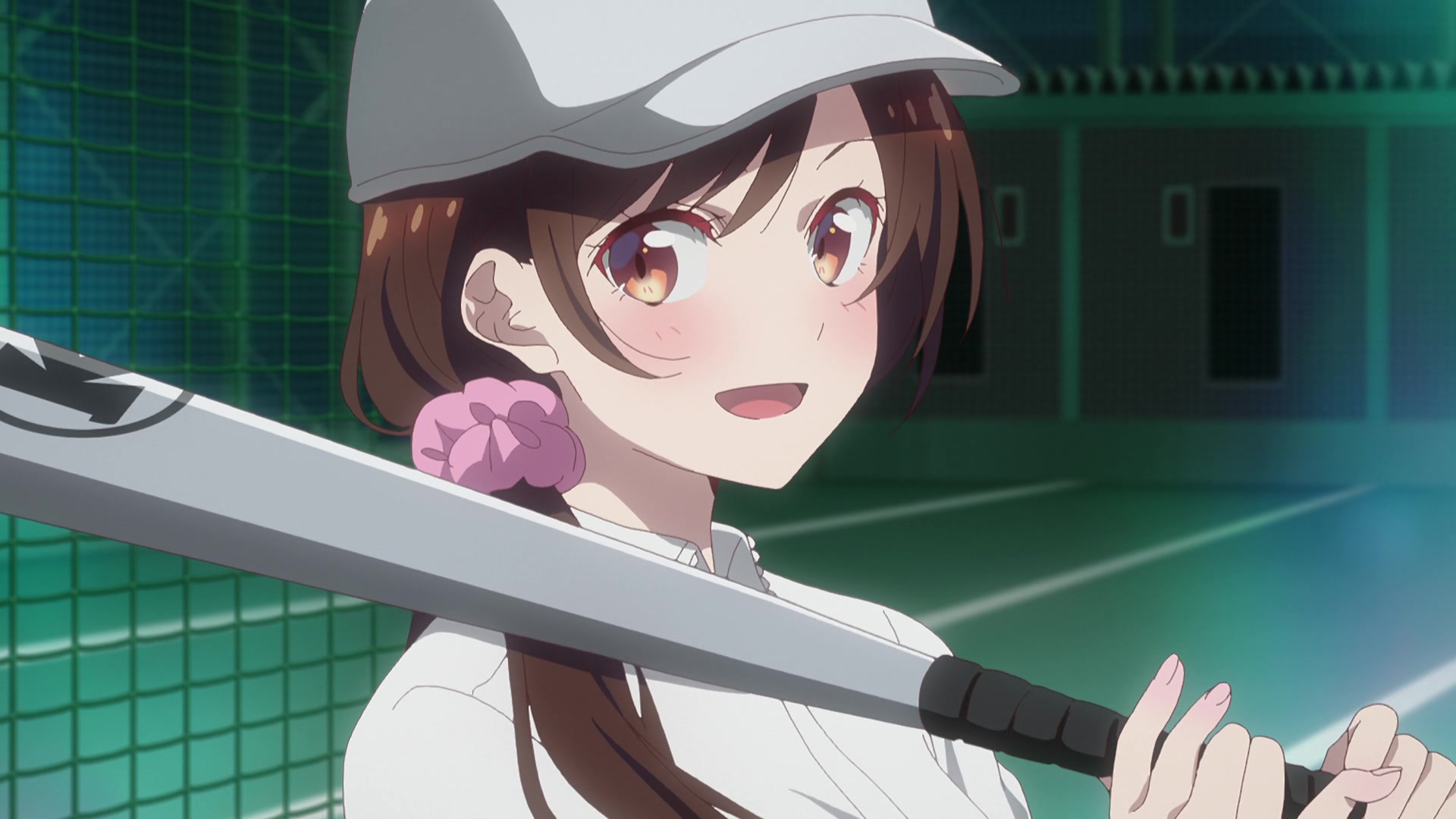 While no details outside of its existence were provided, the series’ production team has promised that more information about Rent-A-Girlfriend‘s third season will be revealed at a “Special Event” featuring the anime’s main cast members in March 2023.

Retweeting this initial announcement, series director Kazuomi Koga (Kubo Won’t Let Me Be Invisible) told fans (via DeepL), “Thank you for the second season of the anime ‘Rent-A-Girlfriend.'”

“We were able to successfully connect to the next [season],” he added. “This is all thanks to all the fans who support [Rent-A-Girlfriend]! Thank you! The third season is the most exciting part of the original work. I believe the Kanokari staff and performers will make it a great anime.” 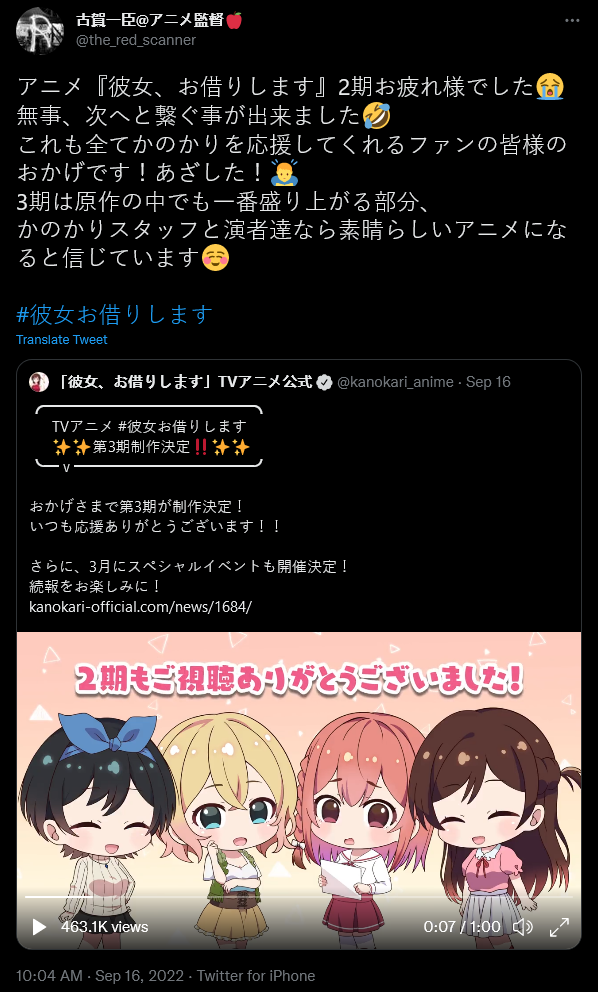 In honor of the news, series animation director and character designer Kanna Hiaryama shared an illustration of the four girls sitting together in white dresses, as seen in the anime’s ending credits. 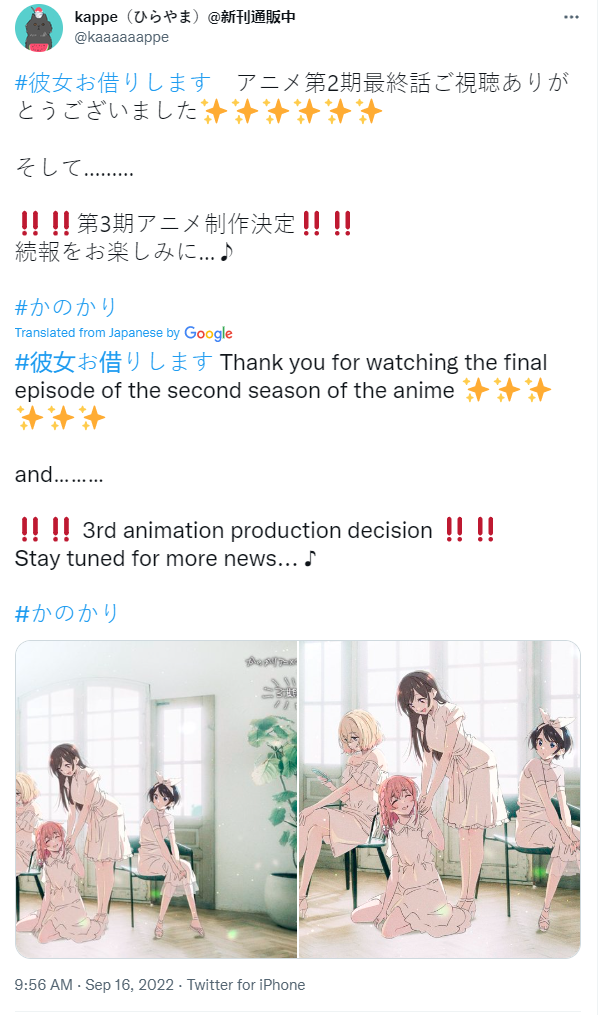 Likewise, Miyajima himself commemorated the announcement with a new illustration featuring not only Chizuru, Ruka, Mami, and Sumi, but also the upcoming addition to Kazuya’s psuedo-harem, Mini Yaemori. 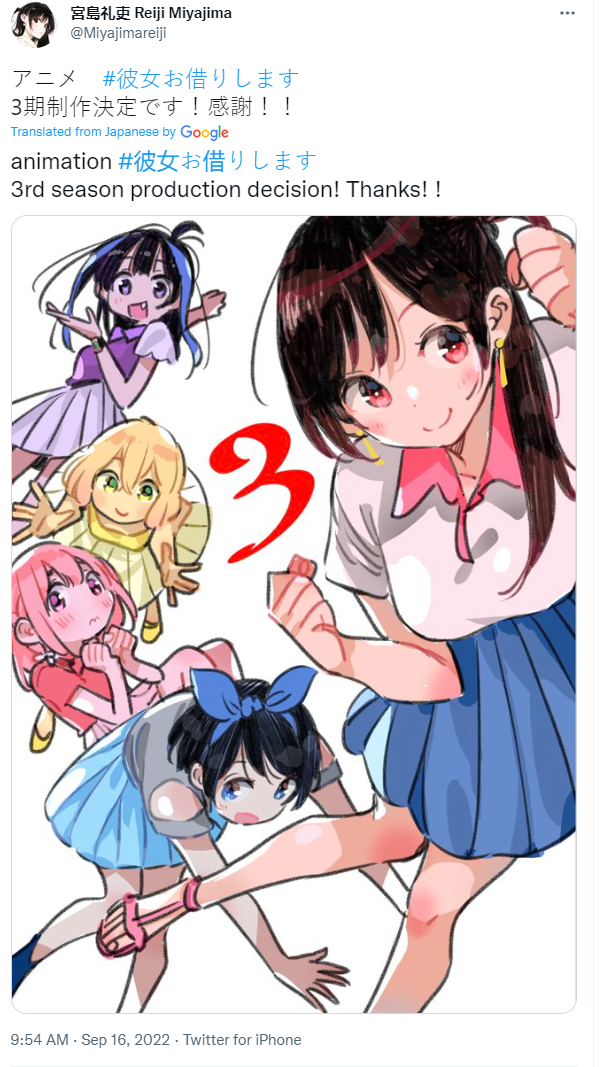 Briefly cameoing in the series’ second season ahead of her full debut, Mini is a twenty-year-old college student who spends her free time as both a cosplayer and a YouTuber.

Eventually discovering the truth of Kazuya’s situation, Mini comes to find herself deeply moved by his story and in turn declares him to both be a playboy and her “Master”.

Designating herself as Kazuy’a wingman, Mini vows to help him make the lie of his rental relationship with Chizuru into a reality. 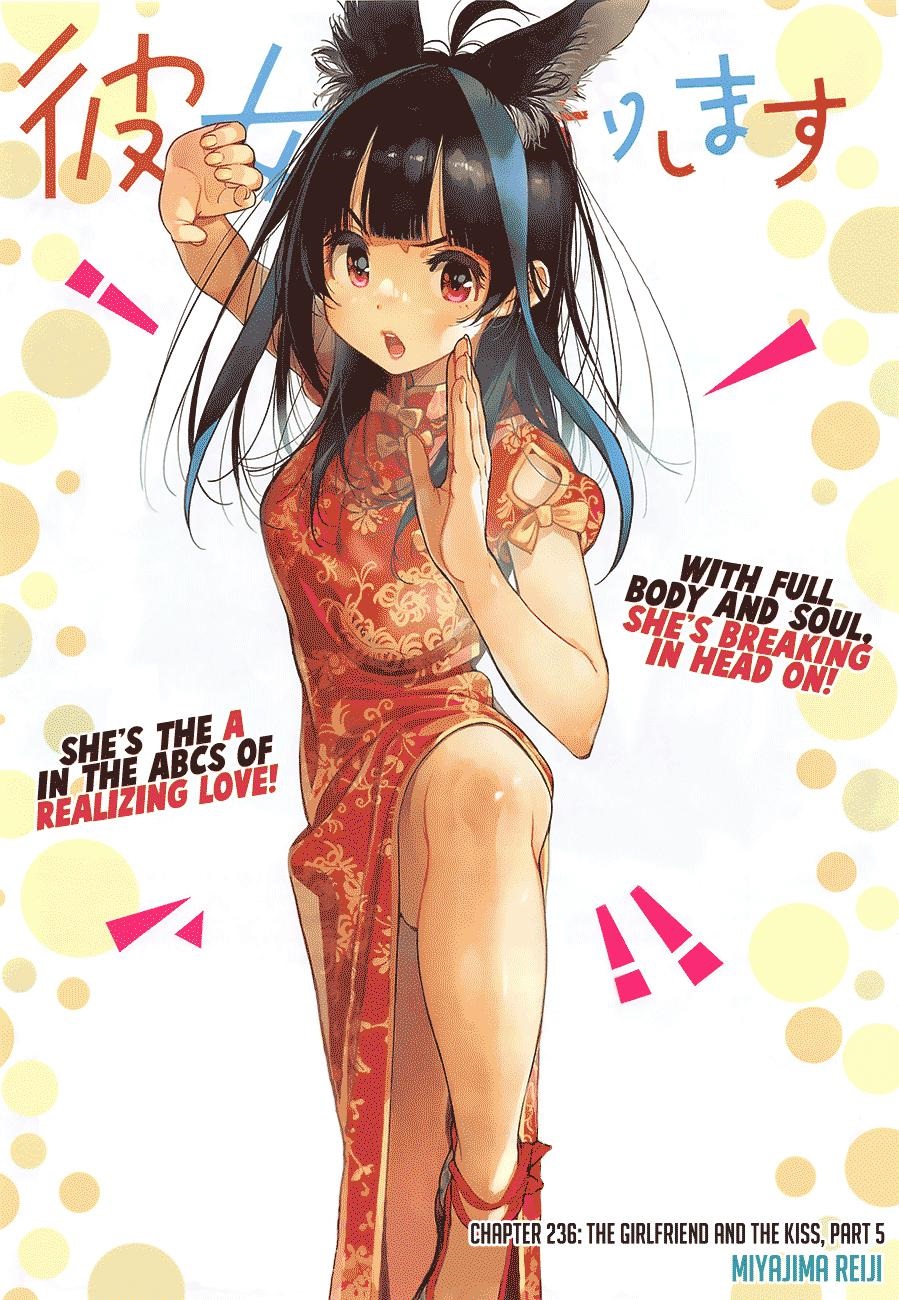 Source: Rent-A-Girlfriend Chapter 236 “The Girlfriend and the Kiss Part 5” (2022), Kodansha. Words and Art by Reiji Miyajima