With so many series set to either premiere or return later this year, the Fall 2022 anime season has truly shaped up to be a clash of the titans! 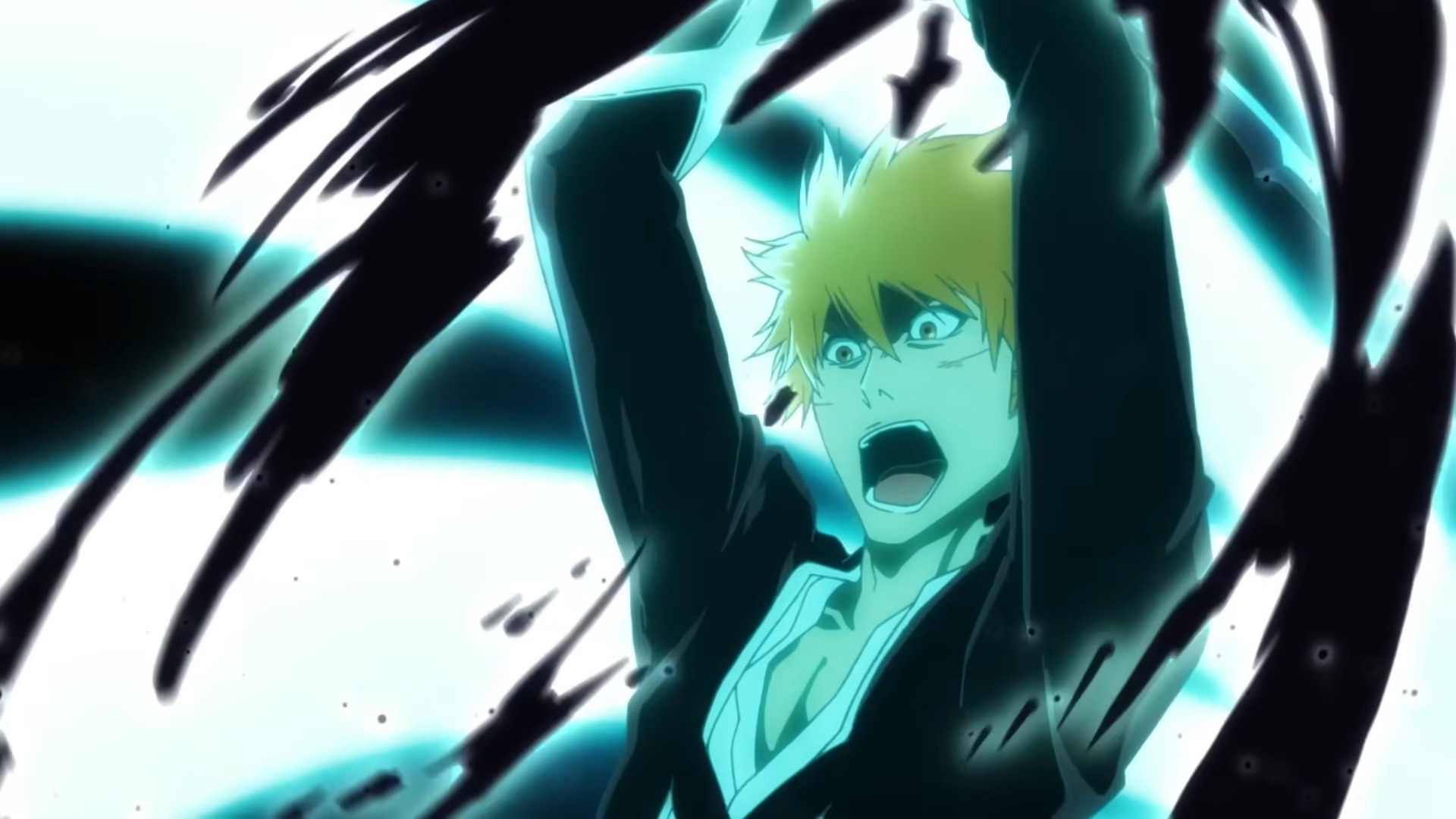 Of course, with so much to watch, it can be a bit daunting to know which ones are worth checking out.

To that end, we’ve put together a Top 10 list of our most anticipated series to help guide you into checking out some of the best anime Japan currently has to offer! 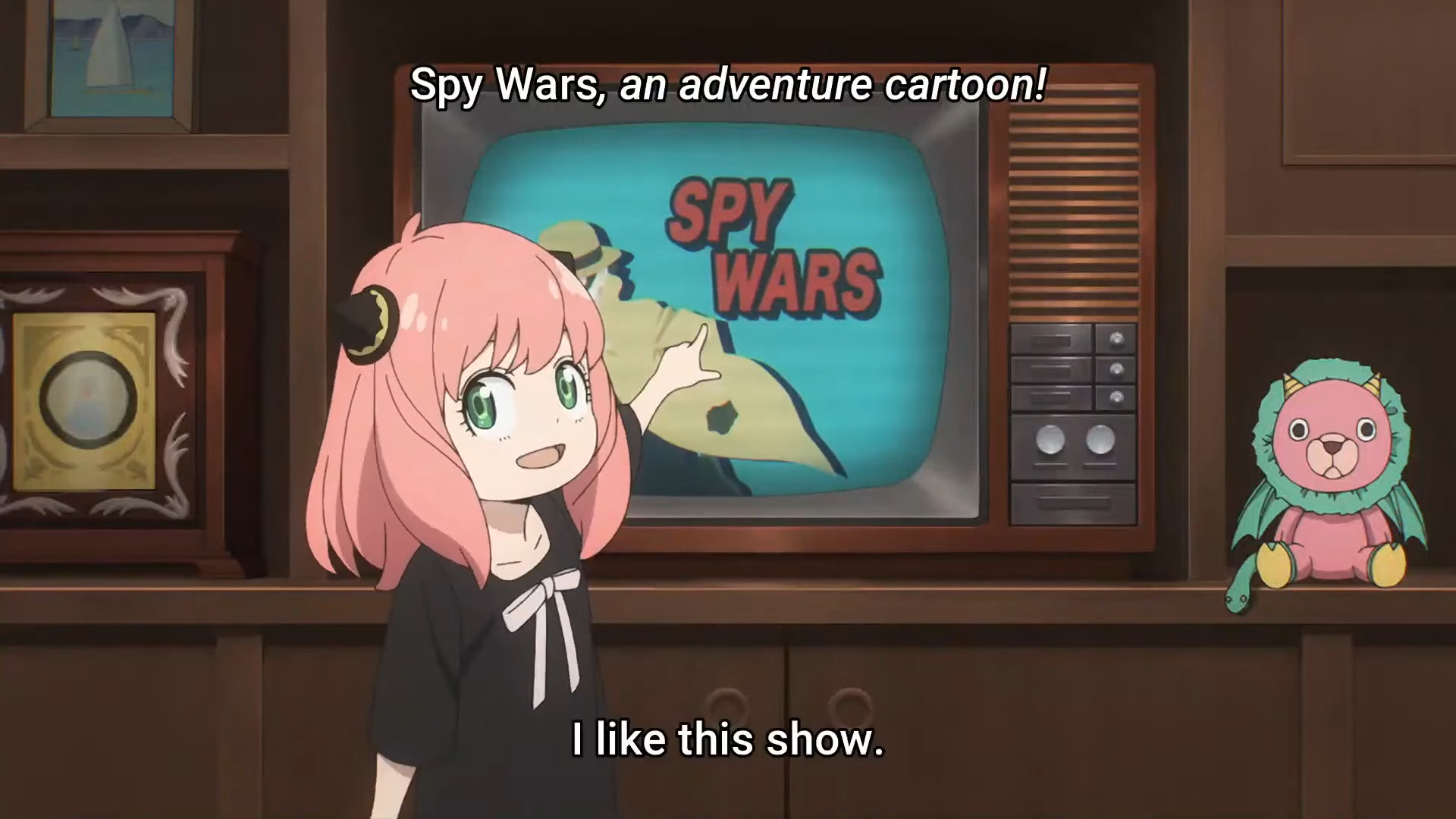 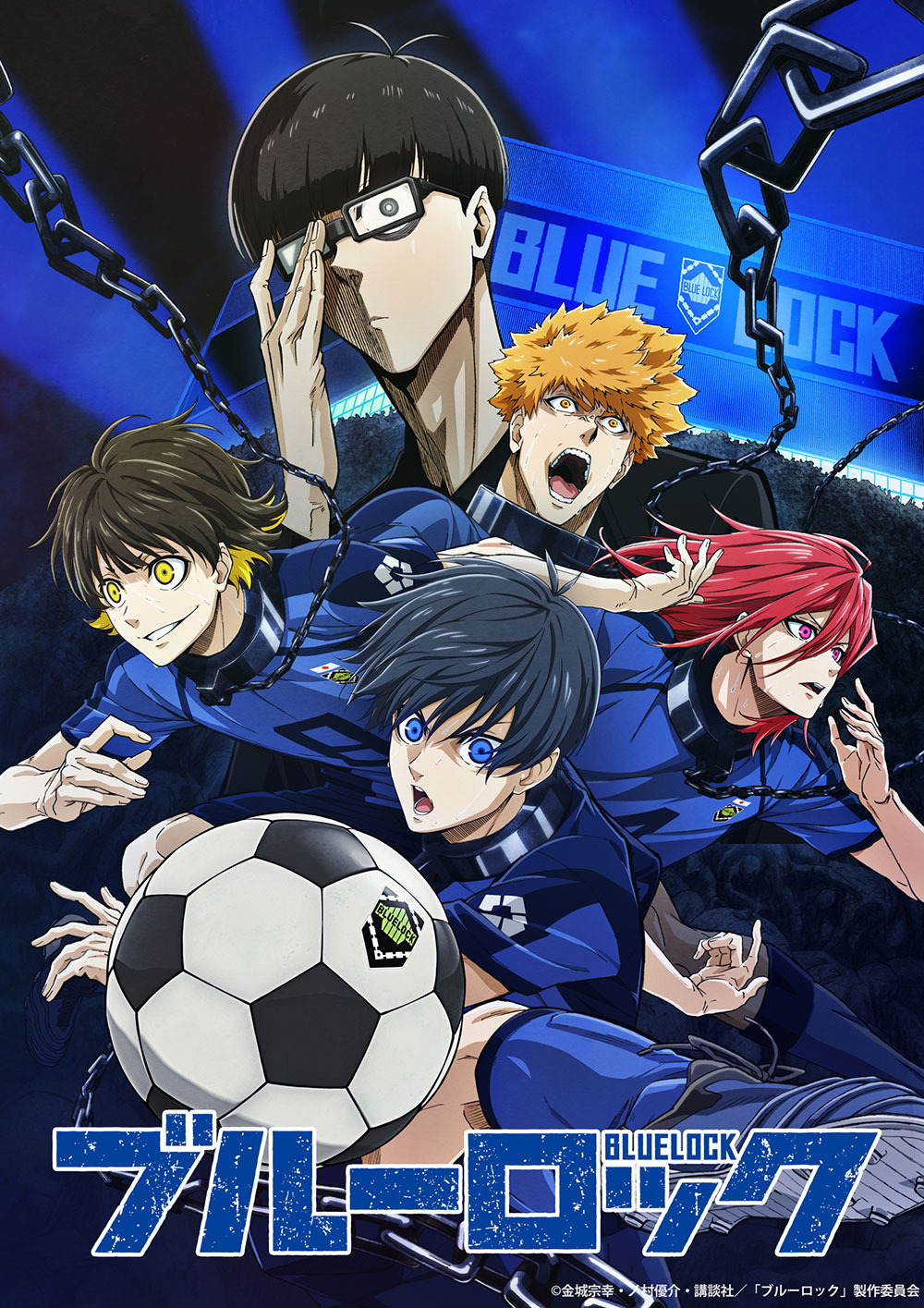 The series follows Isagi Yoichi, one of 300 high school forwards to receive an invitation to the mysterious Blue Lock training program.

Their enigmatic and eccentric coach Ego Jinpachi, plans to “destroy Japanese loser football” with the introduction of a radical new selection regimen to determine the next striker for the Japanese National Team. 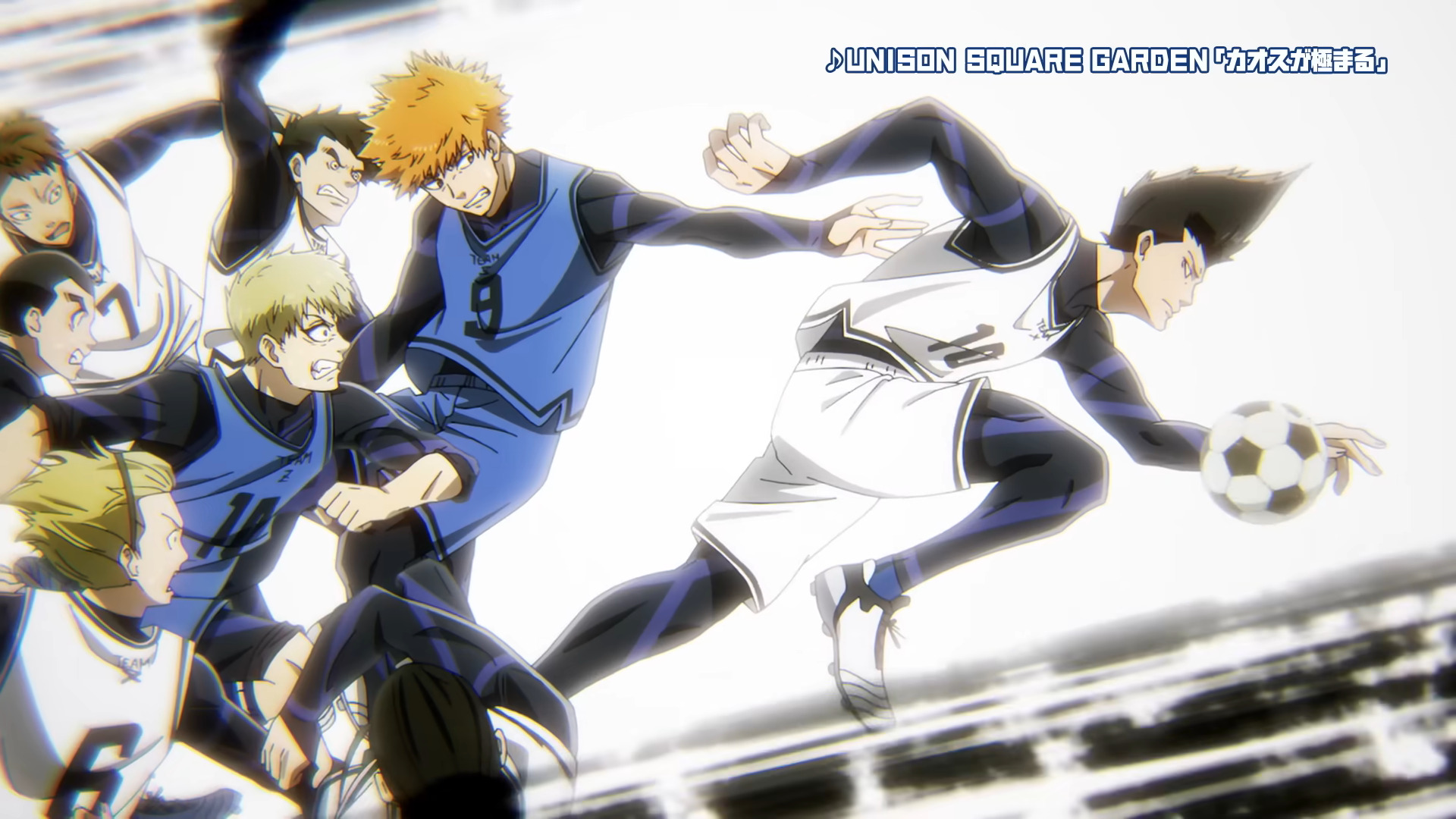 Directing the anime adaptation of Blue Lock is Tetsuaki Watanabe (Powerful Pro Yakyuu: Powerful Koukou-hen), while Taku Kishimoto (Haikyuu!!, Don’t Toy with Me, Miss Nagatoro) is in charge of the series’ composition and script.

Interested? You can take your best shot at making the team when Blue Lock begins simulcasting on October 8th, courtesy of Crunchyroll.

Coming six years after Iron-Blooded Orphans, the next mainline entry into the grandfather-of-all-mecha franchises’ last mainline entry, Mobile Suit Gundam: The Witch From Mercury will likely turn out to be one of the most-talked about of the season. 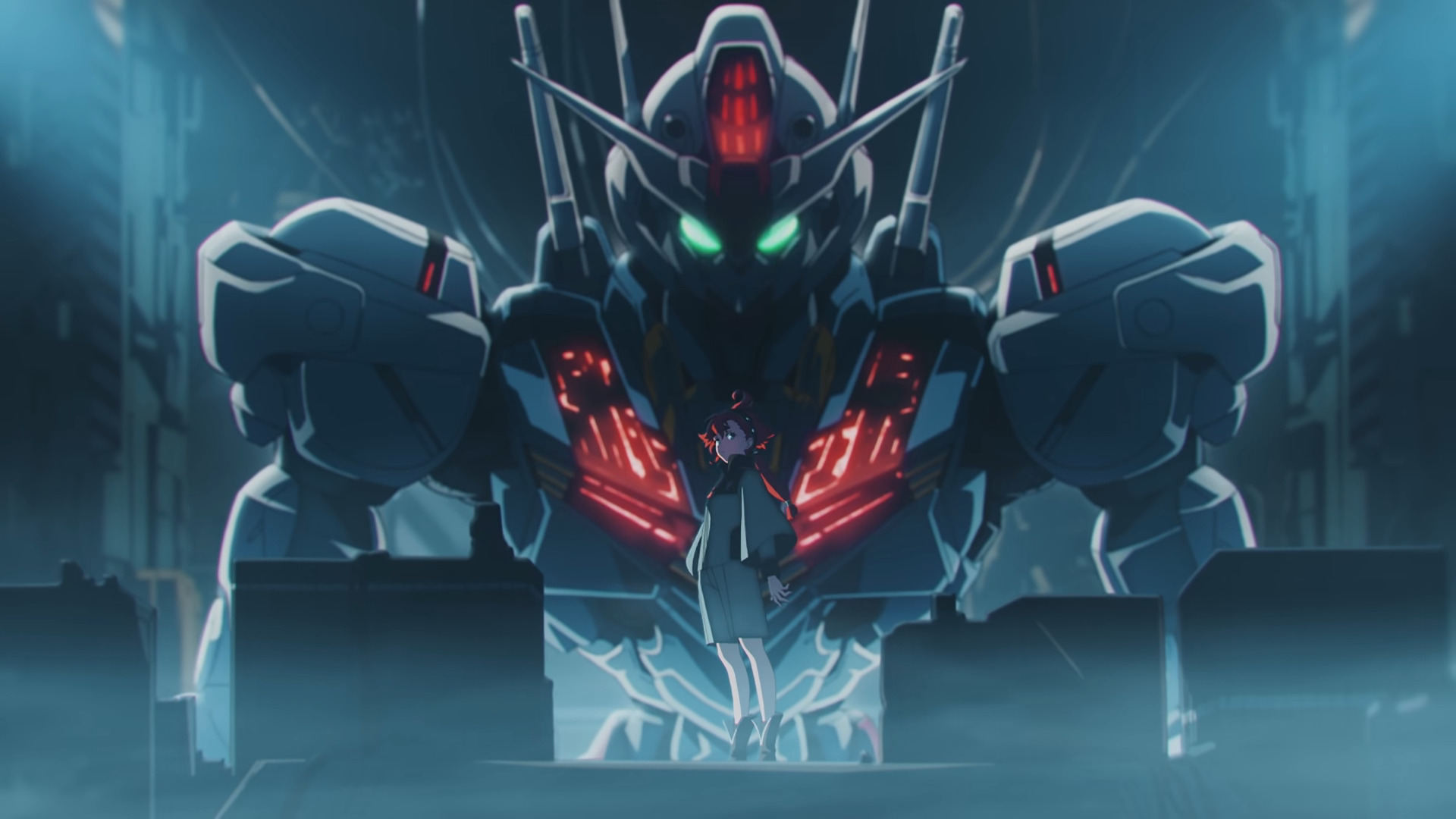 The Witch From Mercury will take place in the 122th year of the brand new A.S. (Ad Stella) timeline where “a multitude of corporations have entered space and built a huge economic system” and follow the story of Suletta Mercury, “a lone girl from the remote planet Mercury transfers to the Asticassia School of Technology” to learn how to become a mobile suit pilot. 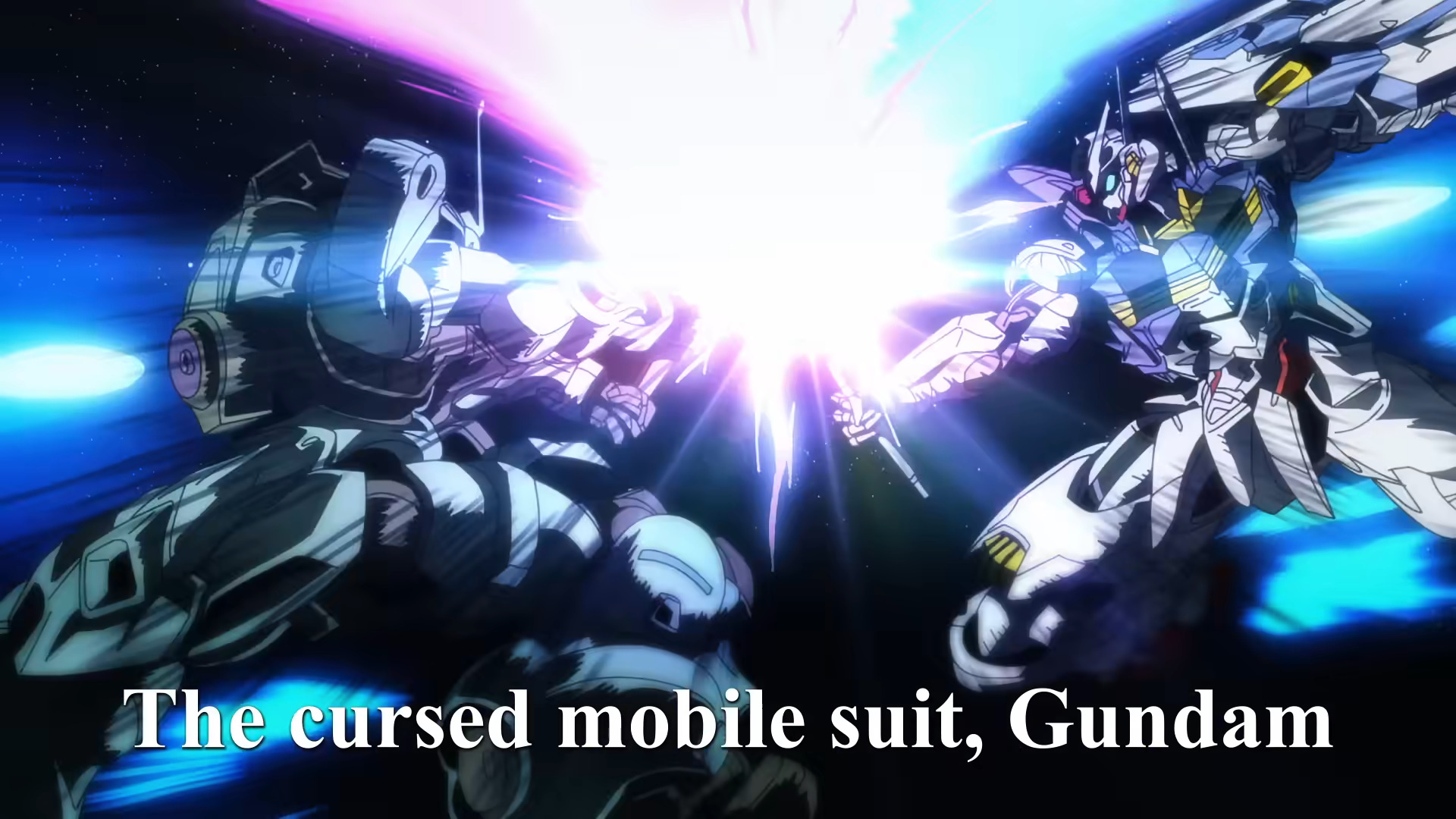 Directed by Hiroshi Kobayashi (Spriggan) and featuring both a script and series composition from Ichirou Ookouchi (Code Geass: Hangyaku no Lelouch and Devilman Crybaby) as well as music from Takashi Oomama (Mobile Suit Gundam: Twilight Axis), audiences can catch The Witch from Mercury starting on October 2nd.

English-speaking pilots will be able to train up alongside Suletta that same day thanks to an upcoming simulcast from Crunchyroll.

The superhero series that tackles the genre better than its inspirations in the West, My Hero Academia is back for a sixth season. 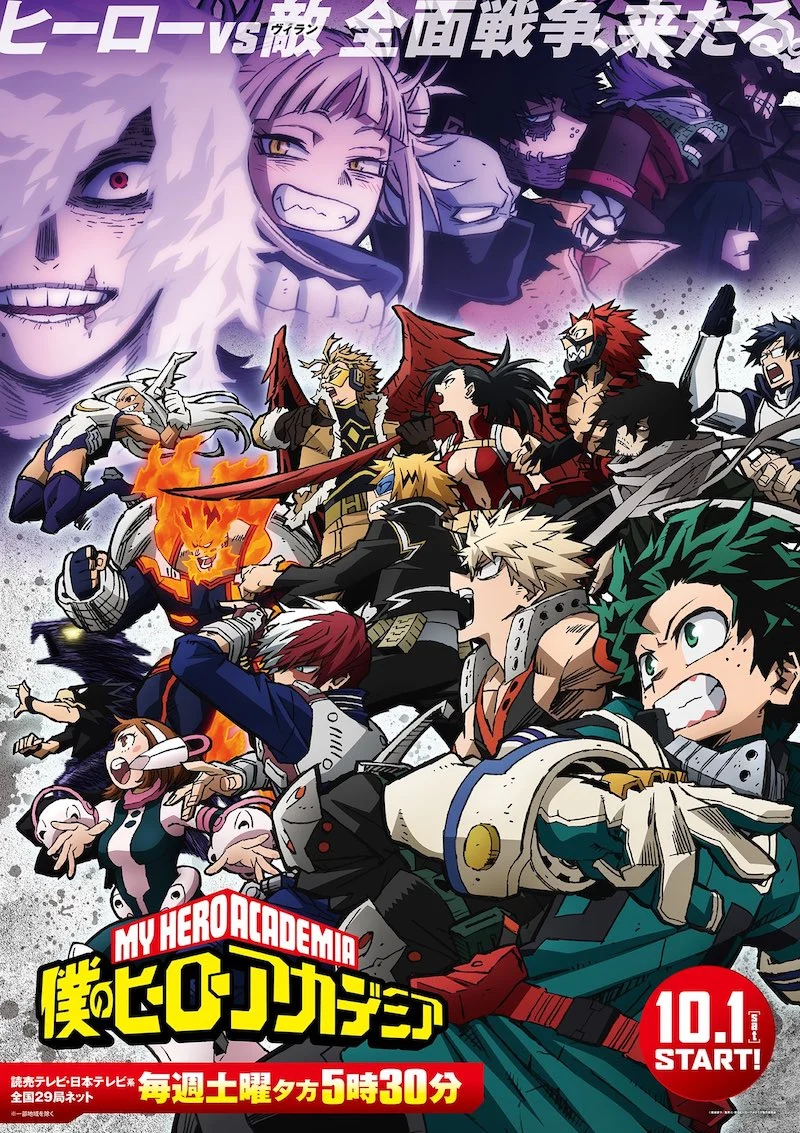 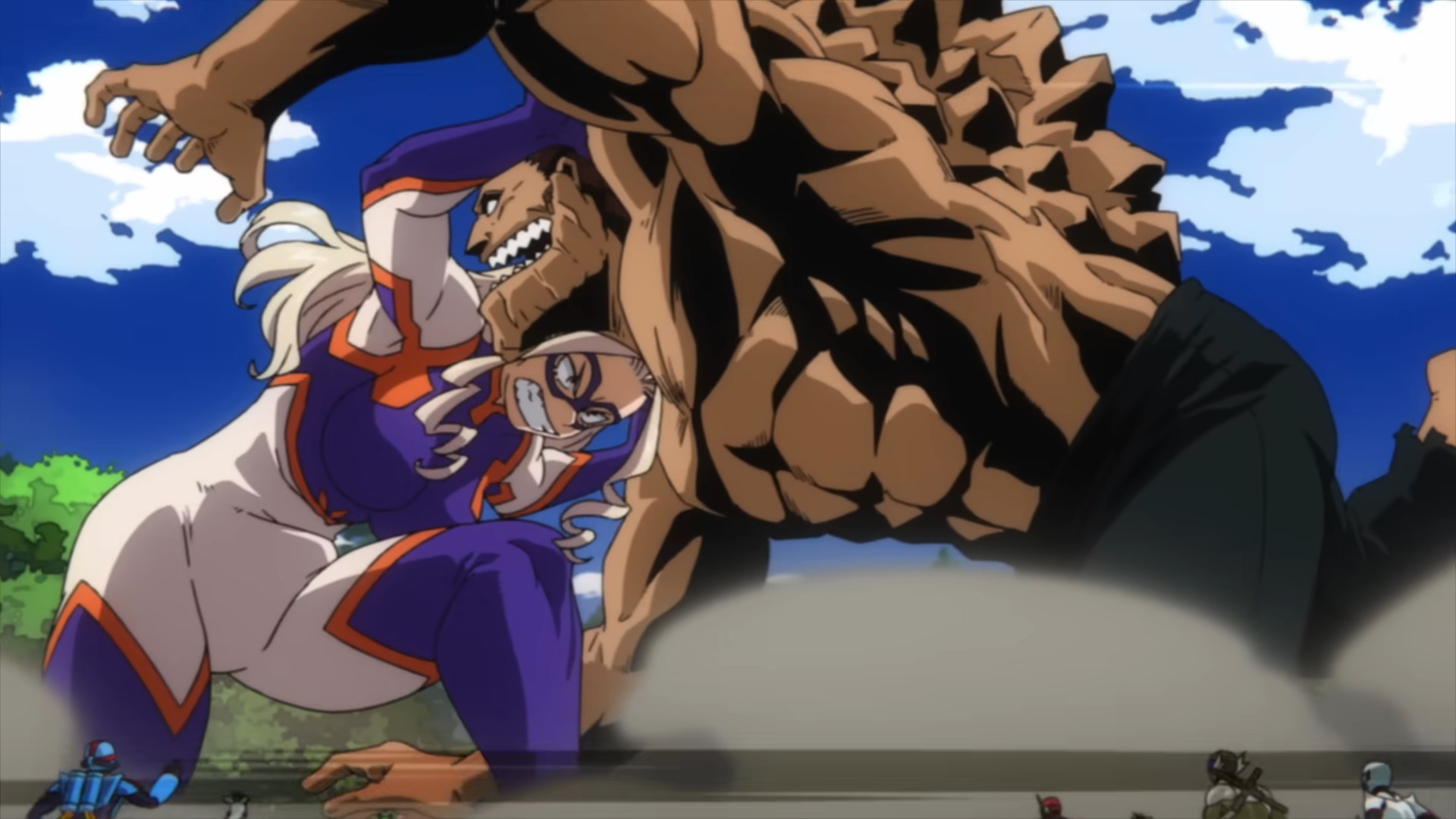 Based on the seasons most recent trailer, it seems series director Kenji Nagasaki will be attempting to wrap up the arc’s remaining events – as depicted across roughly 50 chapters in the manga (Ch. 258-306) – this Fall.

The fight begins on October 1st, with a simulcast set to be provided by Crunchyroll.

Another heavy hitter returning this season is one whose premiere earlier this year took the world by storm, Spy x Family. 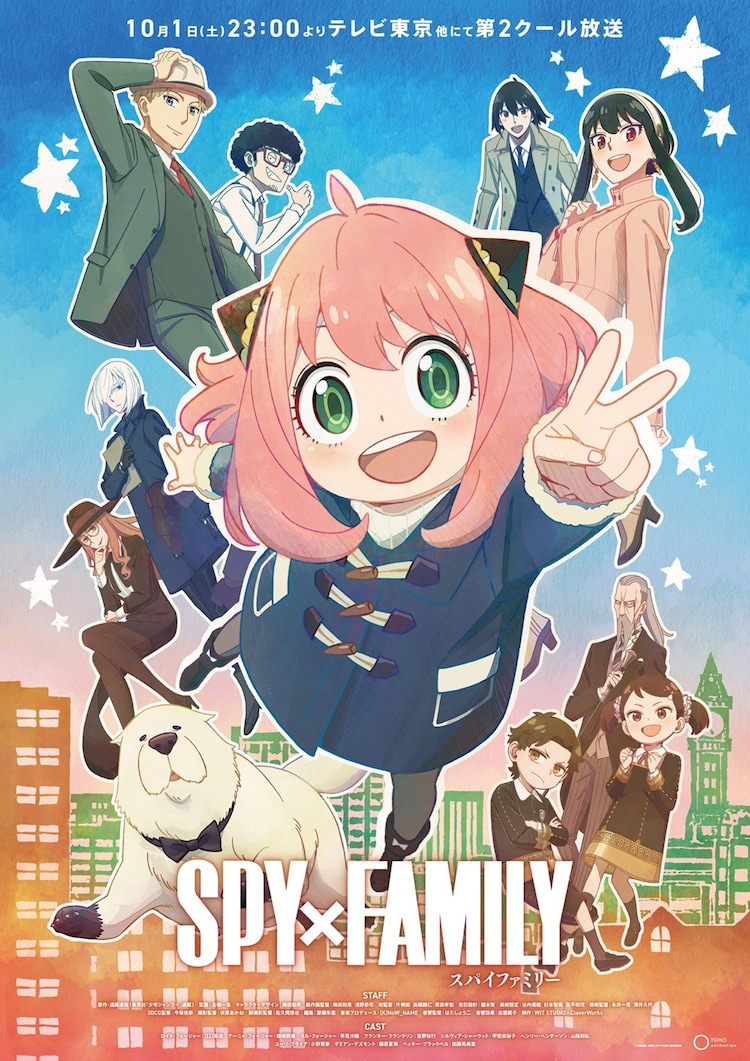 The anime adaptation of Tatsuya Endo’s wholesome ‘spy-ce’-of-life manga will see its second cour tackle the introduction of the Folger family dog Bond, as depicted in the original manga’s Doggy Crisis Arc.

The Folgers return with 13 episodes on October 1st, whereupon their latest caper can be caught via Crunchyroll simulcast.

It may be an isekai, but what sets Reincarnated as a Sword apart from the millions of others released every year is that its protagonist was reborn not as any sort of hero, but rather as a sentient sword. 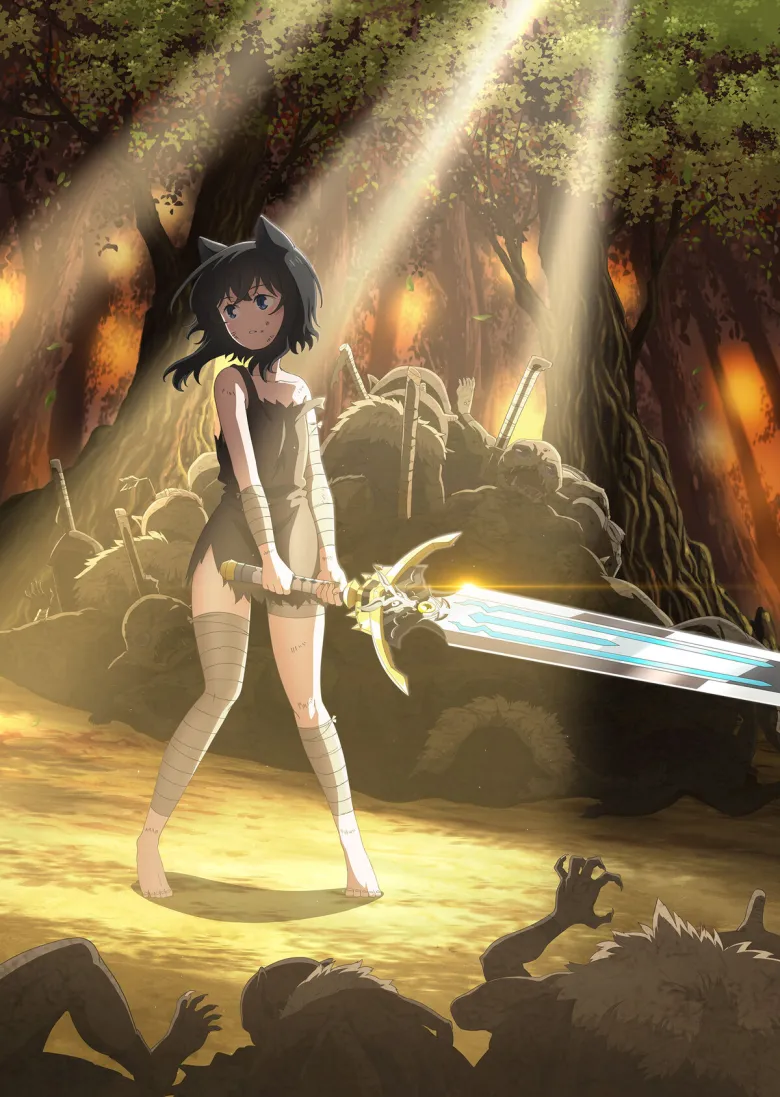 Taking up Shisou, Fran strikes down her pursuers and secures her freedom. With their futures now in their hands, the unconventional master-student duo’s team-up to liberate those in need and exact justice on the cruel of heart. 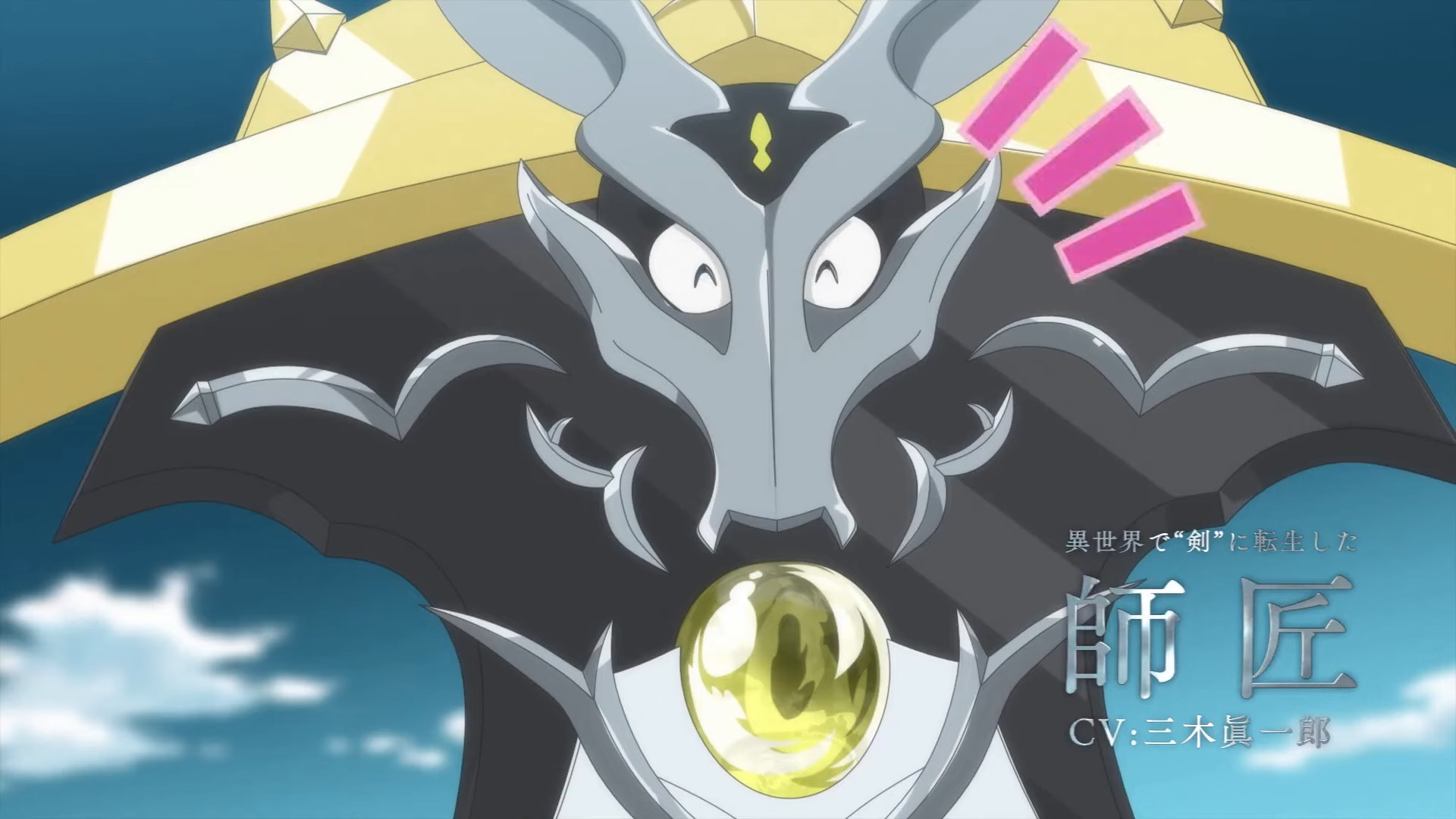 Thanks to a simulcast provided by HIDIVE, audiences can set out for adventure with Fran and Shishou on September 28th.

Back to cause more chaos, Iruma and the Misfit class at the Babyls Demon School return this Fall for BN Pictures’ animated take on the Second Term Saga of Osamu Nishi’s best-selling fantasy manga. 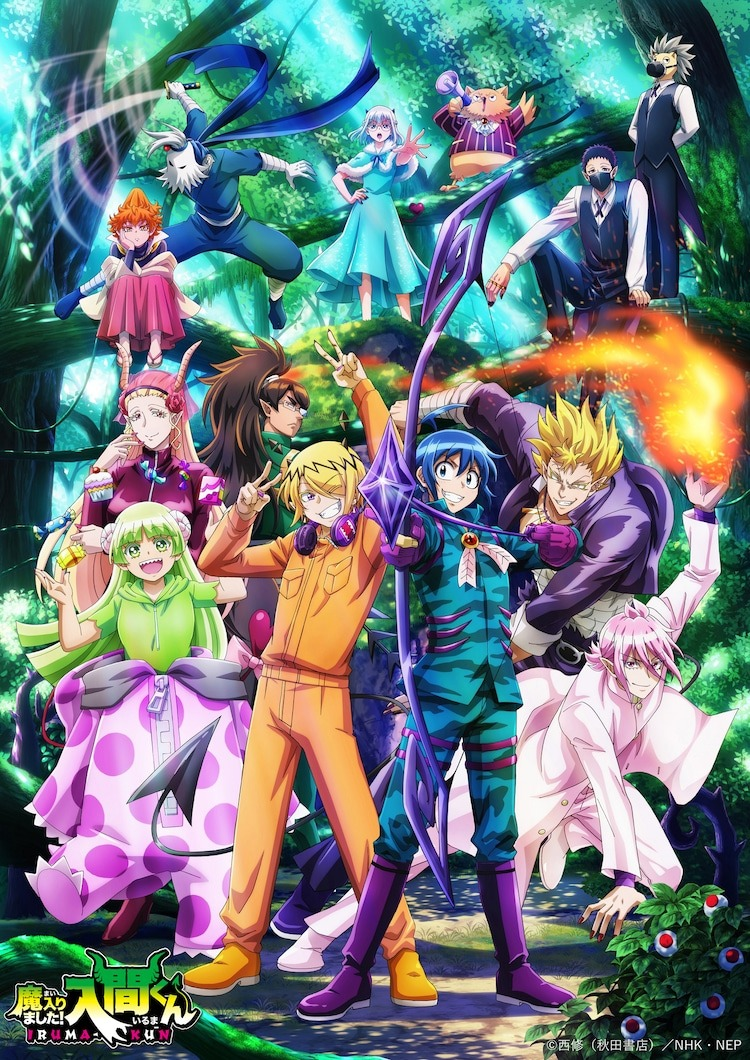 The season will start with the Special Tutor Arc, wherein each member of the Misfit class undergoes conditioning by the Babyls staff in order to stay in their lair of Royal One, before heading into the Harvest Festival arc, which will see the group show off the fruits off their labor by competing in a scavenger hunt set inside a demonic jungle. 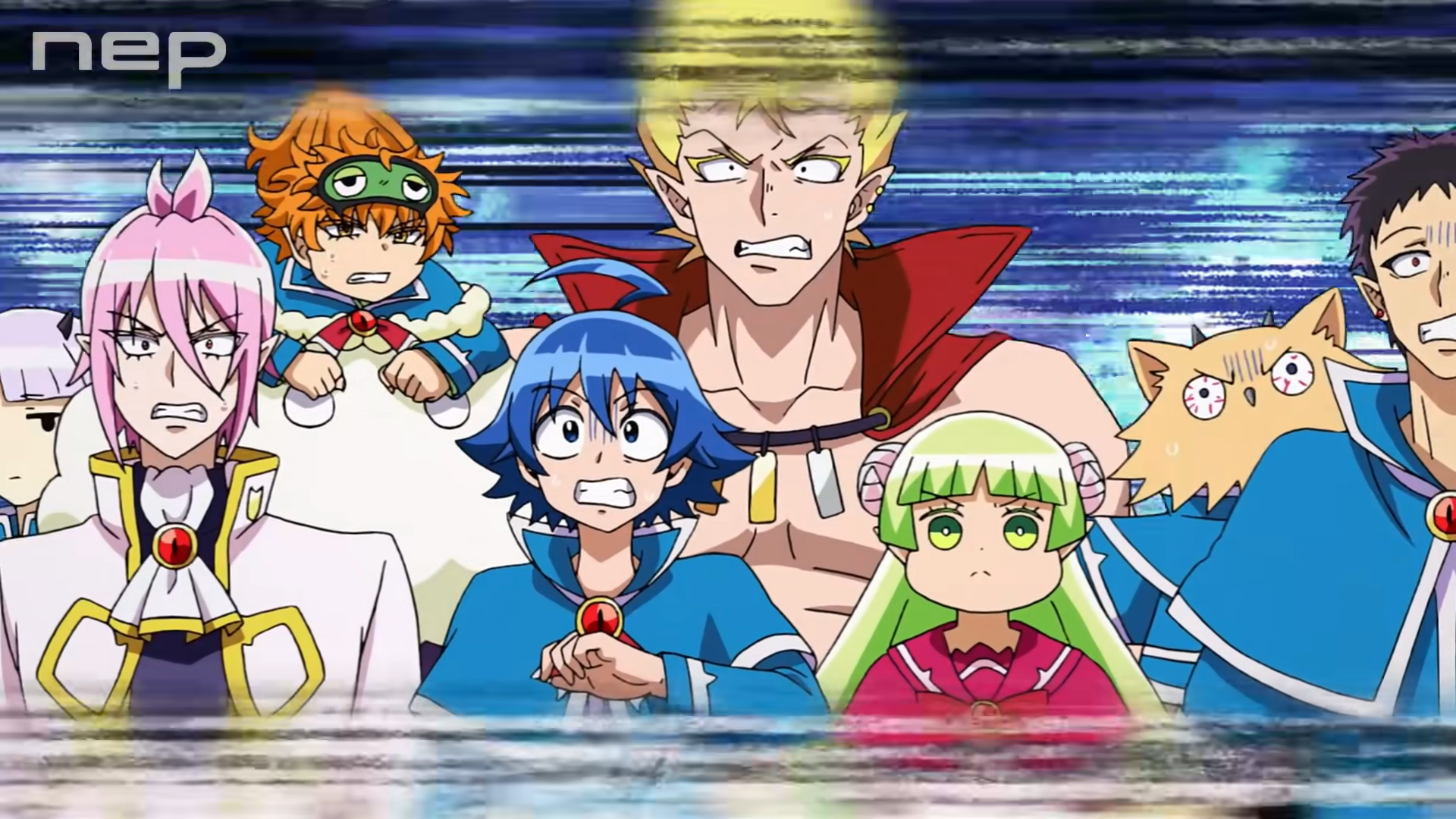 Class begins on October 8th,with none other than Crunchyroll heading the series’ English-language lessons.

In celebration of the original manga publisher Shogakukan’s 100th anniversary, Urusei Yatsura is back! 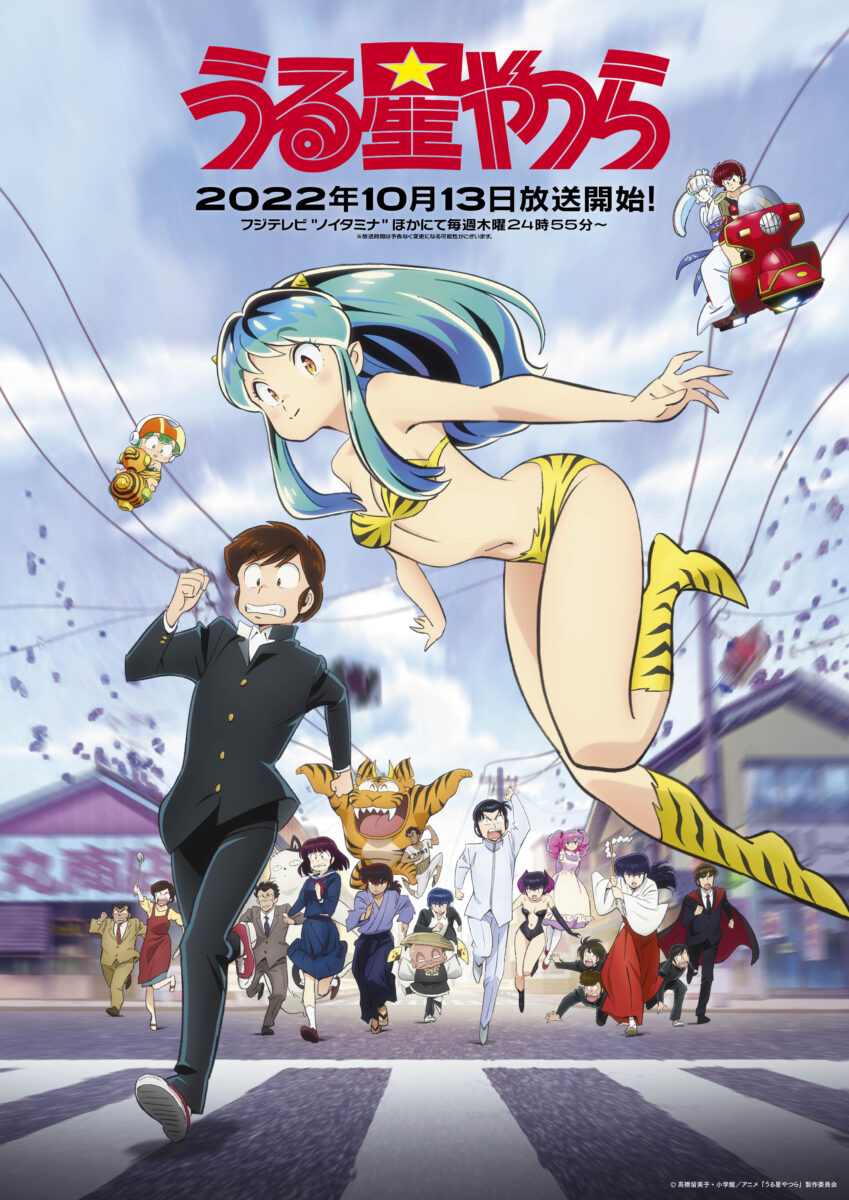 A brand-new take on Rumiko Takahashi’s iconic manga, Urusei Yatsura follows the everyday exploits of average earth male Ataru (CV: Hiroshi Kamiya – Gamma #1, Dragon Ball Super: Super Hero) and the princess of an alien race known as Oni Lum (CV: Sumire Uesaka, Hayase Nagatoro – Don’t Toy with Me, Miss Nagotoro), the latter of whom has come to believe that they are married.

Instead of a consecutive retelling of its core plot, the series will adapt a variety of different stories from across the manga’s original run. 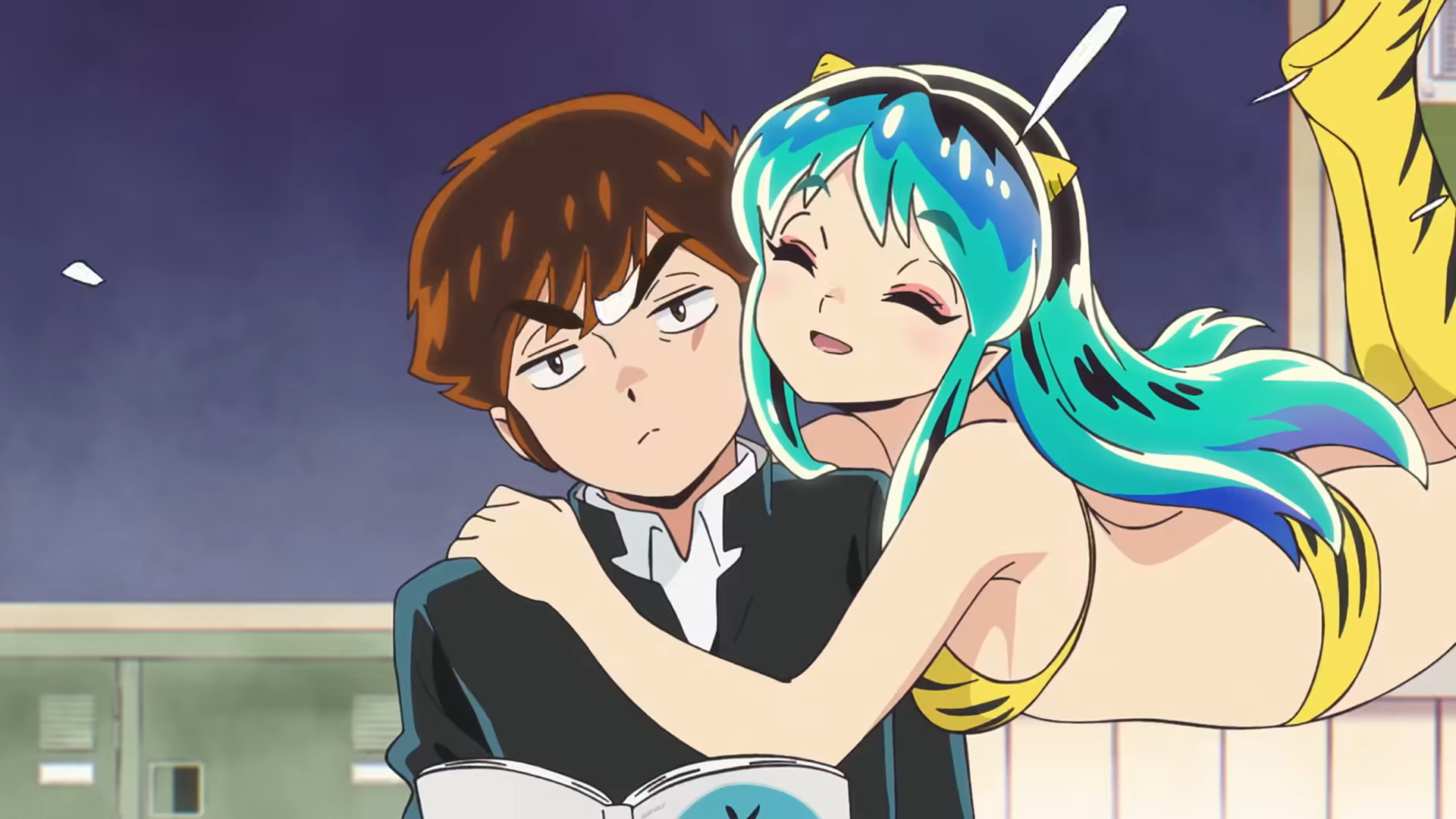 Planned for a total of 52 episodes, Urusei Yatsura’s will begin a consecutive year-long ‘season’ starting on October 13th.

Unfortunately, the series has yet to be confirmed for a simulcast.

Starting off the podium appearances for our list is the only series, as noted by Studio Bones president Masahiko Miniam, “that is using ‘hand-drawn animation’, helping it to stand out to this day with the competition,” Mob Psycho 100. 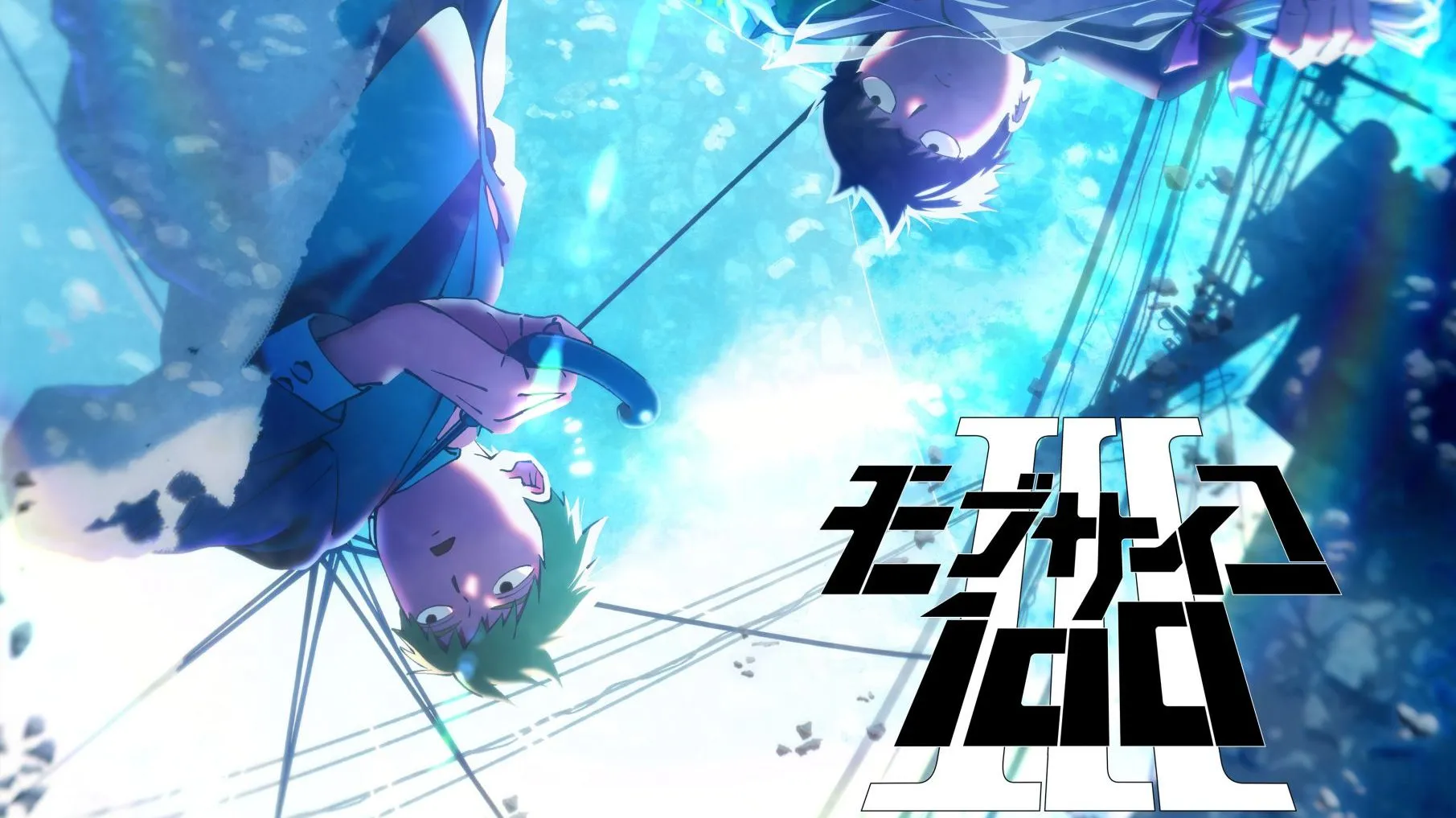 Adapting the webcomic’s Divine Tree arc and final arcs, the third season of Mob Psycho 100 will see Mob and his friends face off against the growing Psycho-Helmet Cult, a group of of fanatics who believe Mob is a god and whose beliefs later spread – to troubling results – to the student council of Salt Middle School.

Additionally, the crew will also face the cult leader Psycho Helmet, an entity who takes on the appearance of a distorted Mob, as well as ???, the hero’s esper who he’s spent the entire series attempting to suppress. 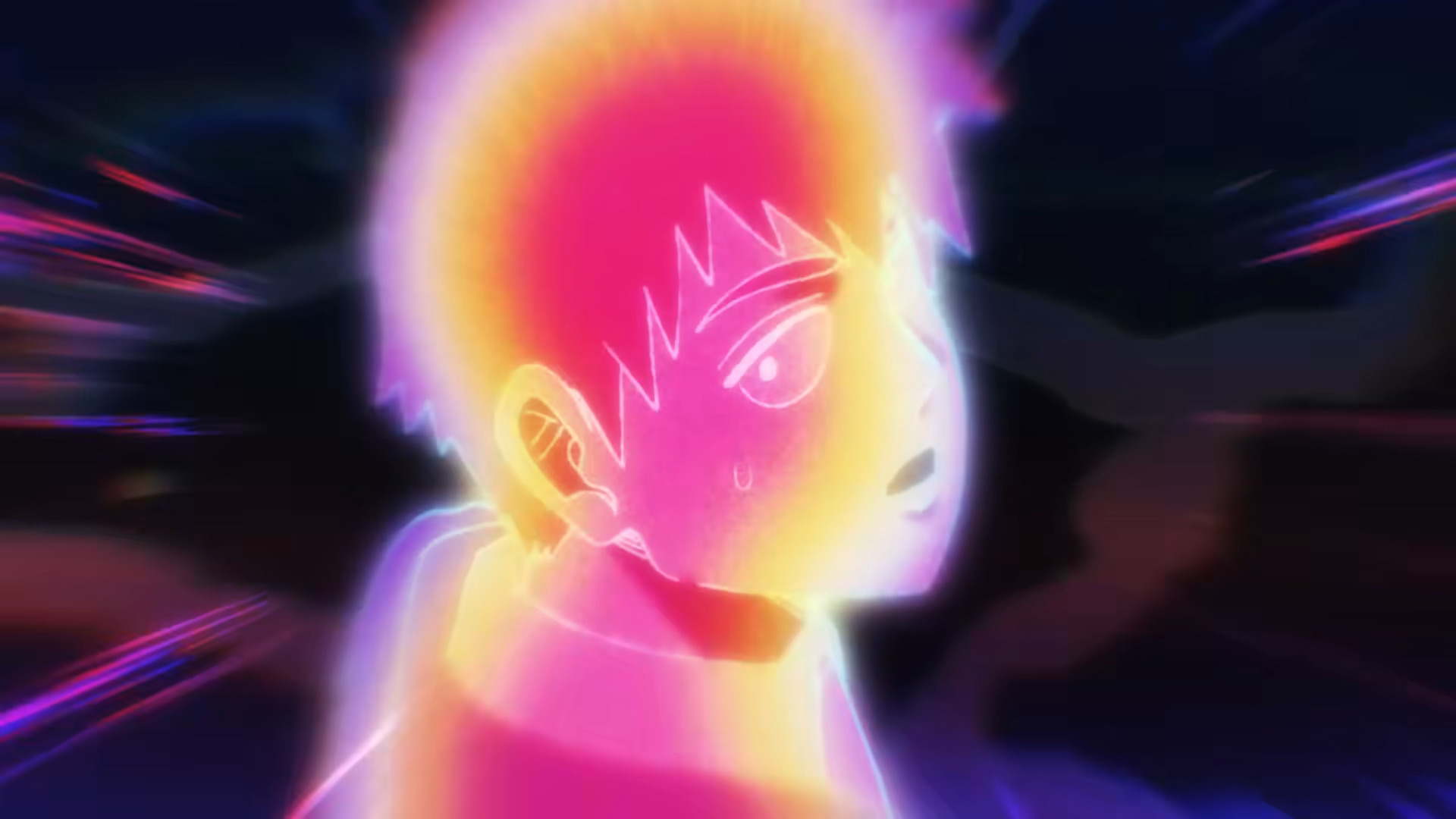 Mob will unleash his third season and final season on October 5th. Like many of the series on our lists, a simulcast will be provided by Crunchyroll.

The second-most-hyped anime adaptation of the season, Chainsaw Man revs its way into a top spot on our list. 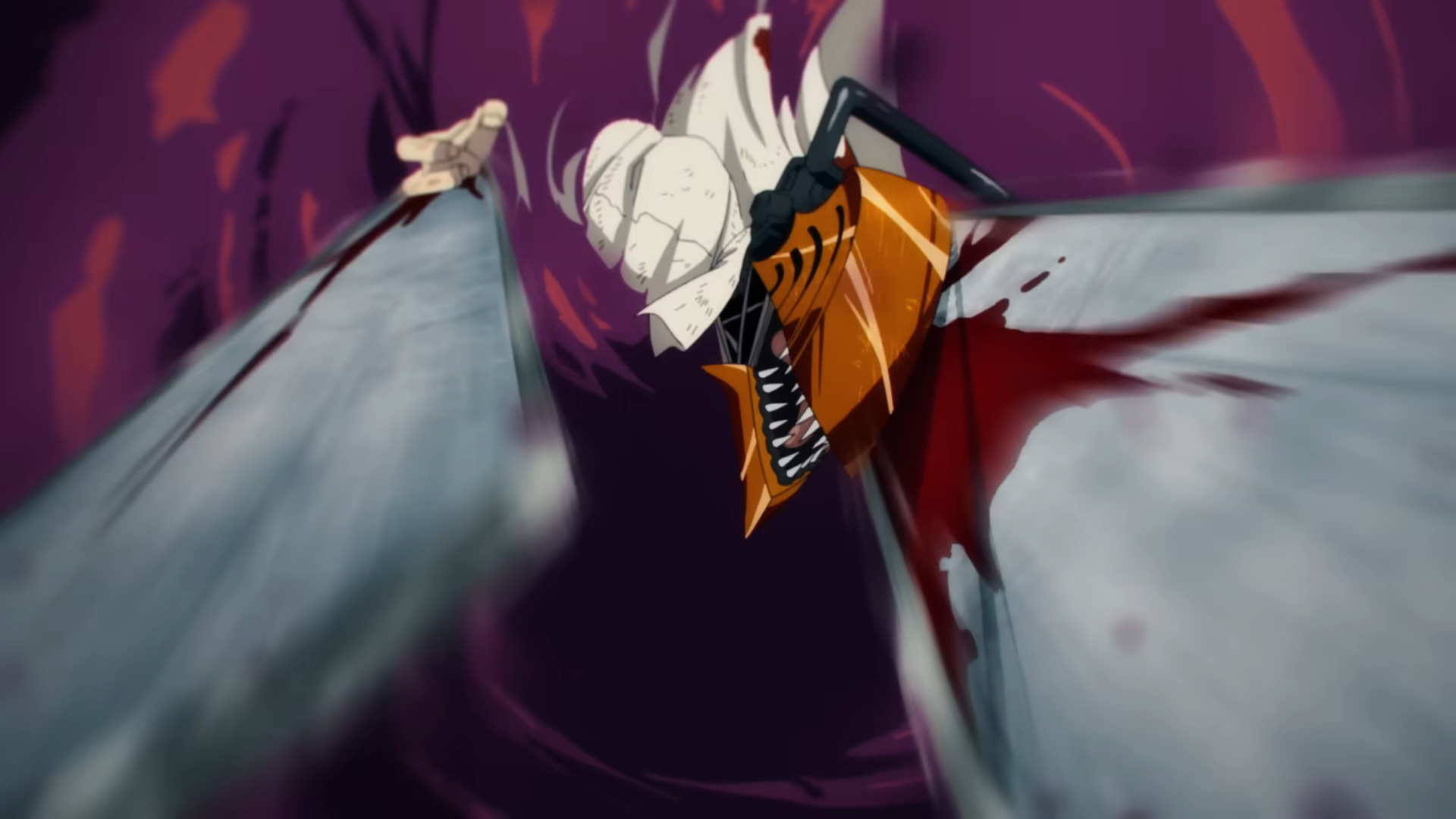 Denji has been living a rock-bottom life while repaying his father’s debt to the Yazkuza by harvesting the corpses of Devils –  supernatural monsters which feed upon the fears of humanity – with his partner Pochita, a small pup who just so happens to be the Chainsaw Devil.

However, when the Yakuza betray him and leave him for dead, Denji makes a contract with Pochita to become the eponymous hero Chainsaw Man. Surviving his assault, Denji is soon recruited by the Public Safety Division to use his powers in service of protecting humanity. 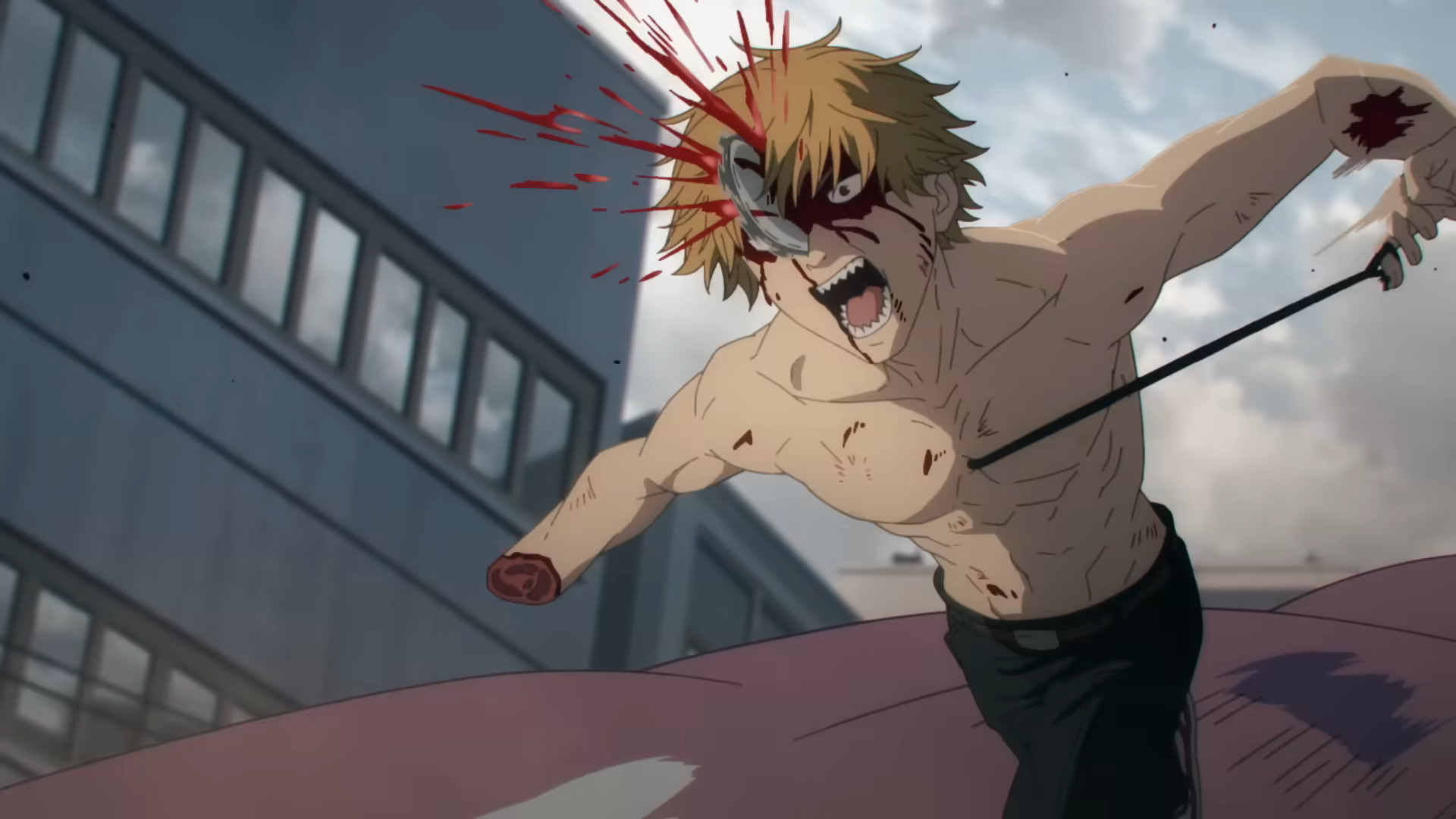 Chainsaw Man brings the blood and gore starting on the third publishing anniversary of the manga’s first volume, October 12th.

Can you guess who’ll provide its simulcast?

Six years in the making, Bleach is back for a proper adaptation of the manga’s final arc, the Thousand-Year Blood War. 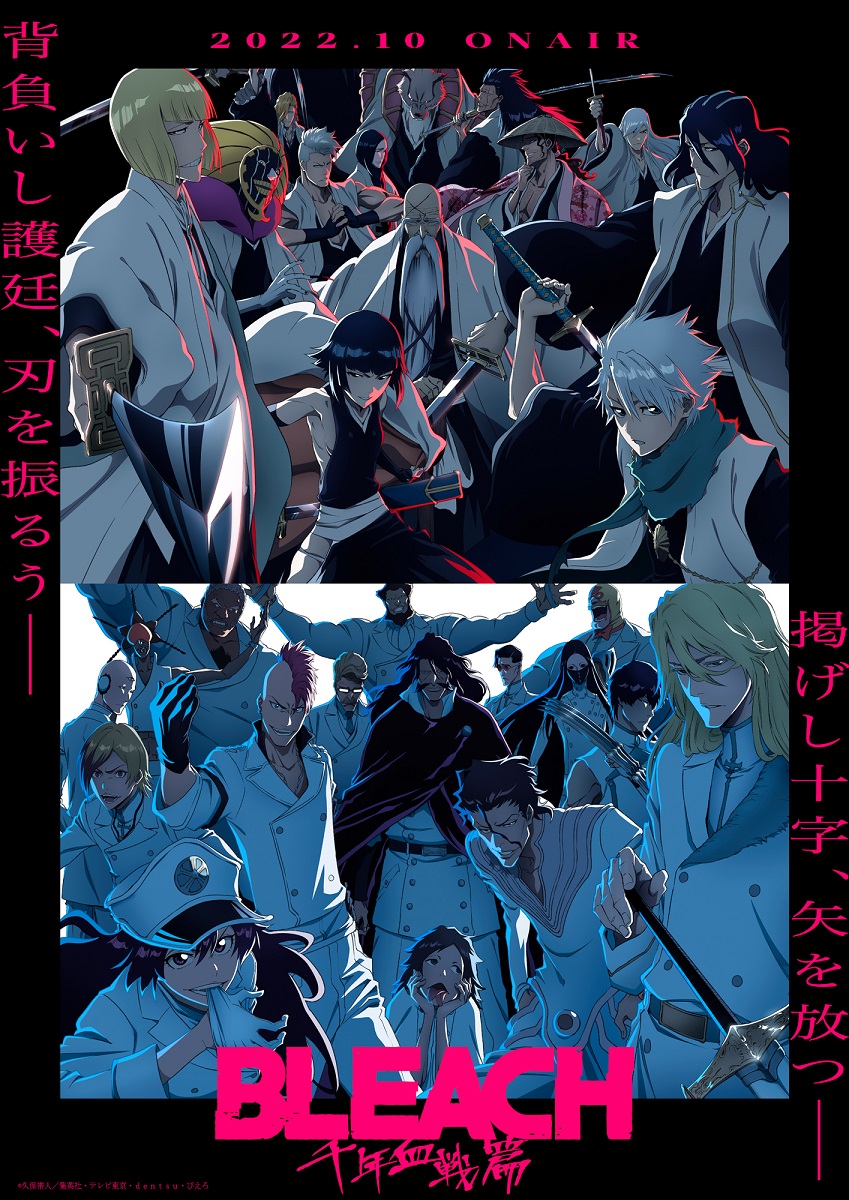 With heavy involvement from series creator Tite Kubo and the promise of a proper adaptation of the titular arc, how could we choose anything other than Bleach: Thousand-Year Blood War as our most anticipated series of the season? 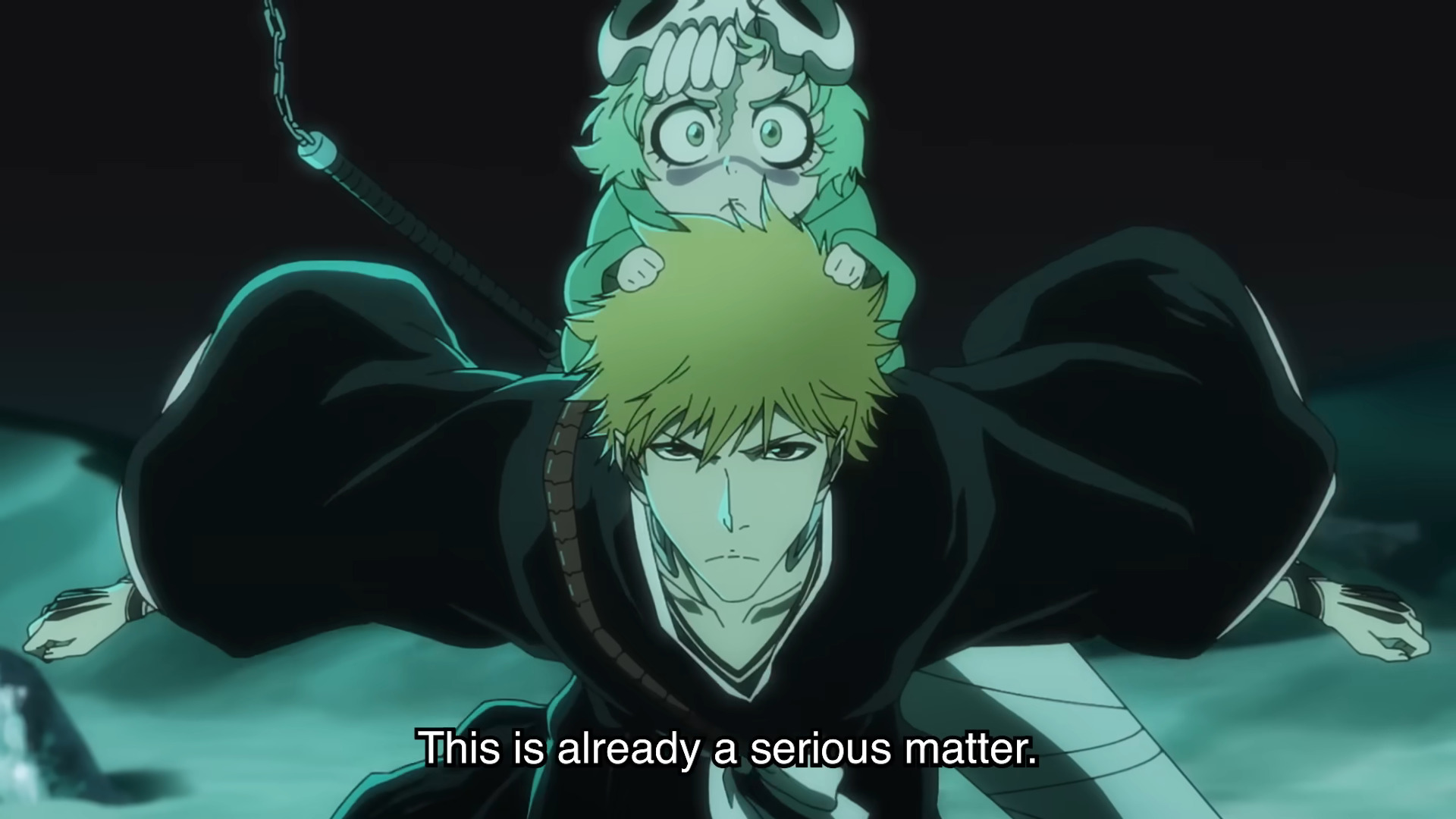 Six years in the making, Bleach’s upcoming return will see one of the legendary ‘Big Three’, the Quincy King Ywhach, resurface after 900 years to launch an all-out assault on the Soul Society.

Amidst Ywhach’s tragedies, audiences will be treated to new original content from Kubo, reunions with a score of familiar faces, and, of course, even more Bankais. 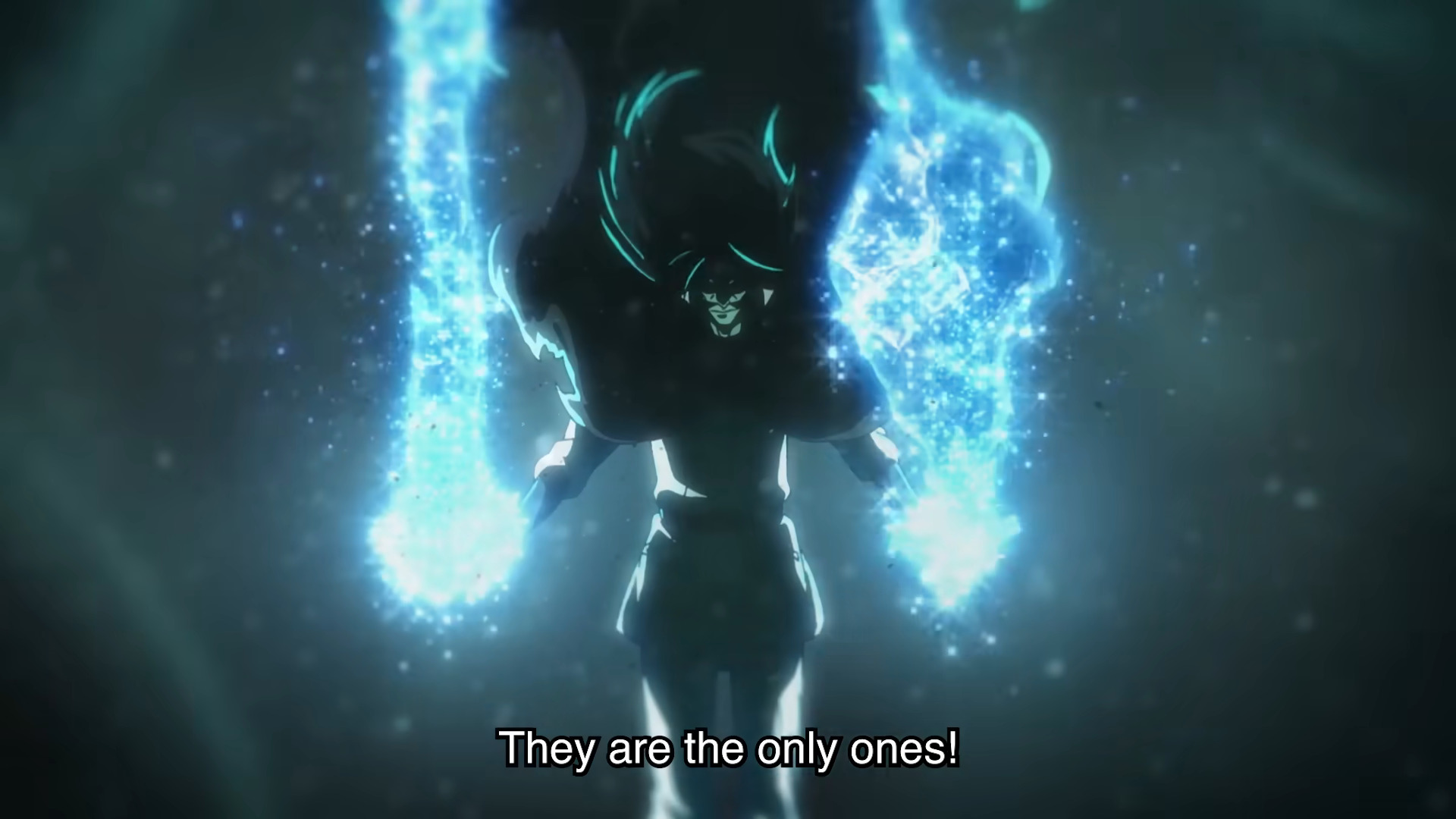 The long awaited fight begins on October 10th. Viz has confirmed that simulcast will be provided for Western audiences, though as of writing, which service Bleach: Thousand-Year Blood War will actually air on remains unknown.

(Editor’s Note: This list was updated on September 21st with information regarding the simulcast plans for both Mobile Suit Gundam: The Witch from Mercury and Welcome to Demon School! Iruma-kun.)