Jay Oliva, former DCEU filmmaker Zack Snyder’s favored storyboard artist, is pouring ice-cold water on the hopes of a restored Snyderverse at Warner Bros. and DC Films as he has bitter news for its supporters. 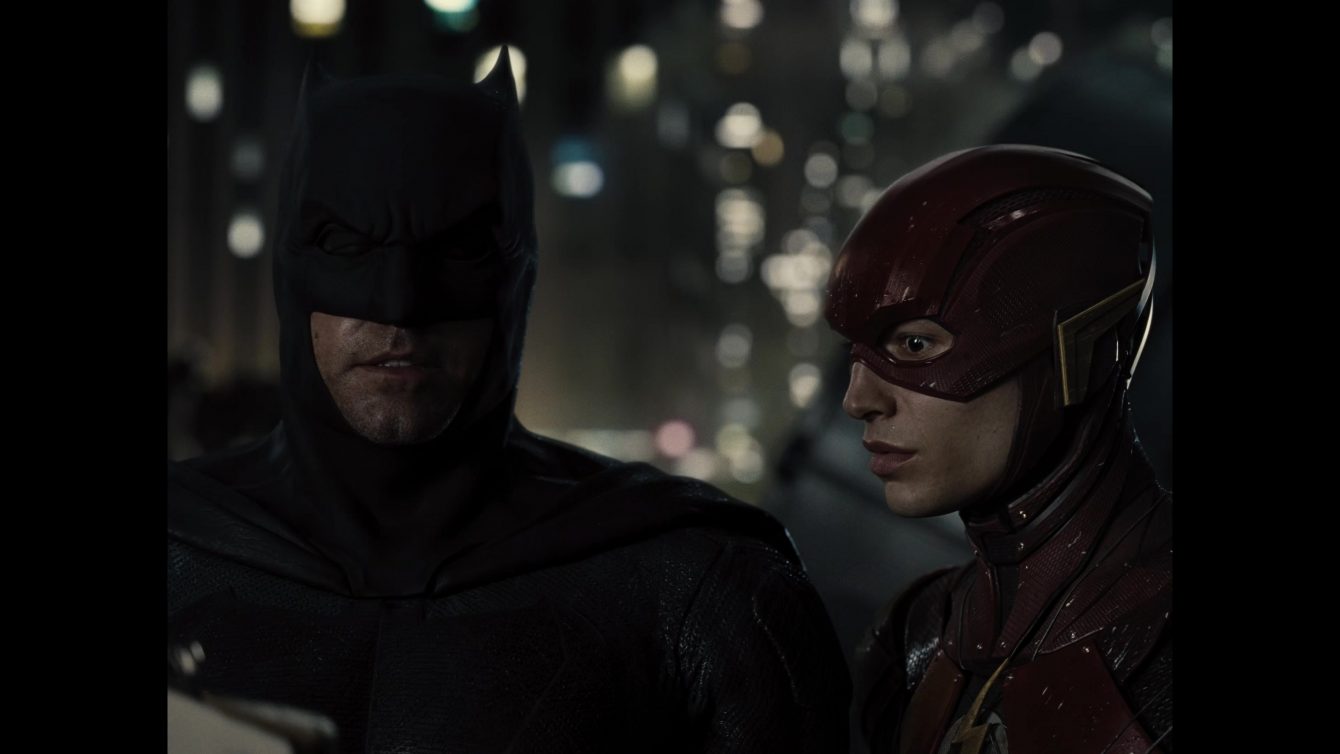 According to the busy and prolific Hollywood artist, the two sides have not had a meeting since the takeover of WarnerMedia and its movie operations by Discovery.

In a Twitter conversation about Snyder’s DCEU and its polarizing fandom — which was the object of castigating, targeted pieces in the trades last summer — Oliva said the rumored contact between the director and the new regime hasn’t transpired.

“This is business with Millions of dollars at stake,” the artist asserted. “In order to make a case we have to aproach[sic] it like adults and offer something that makes good business sense. If we cannot do that then there is no future.” 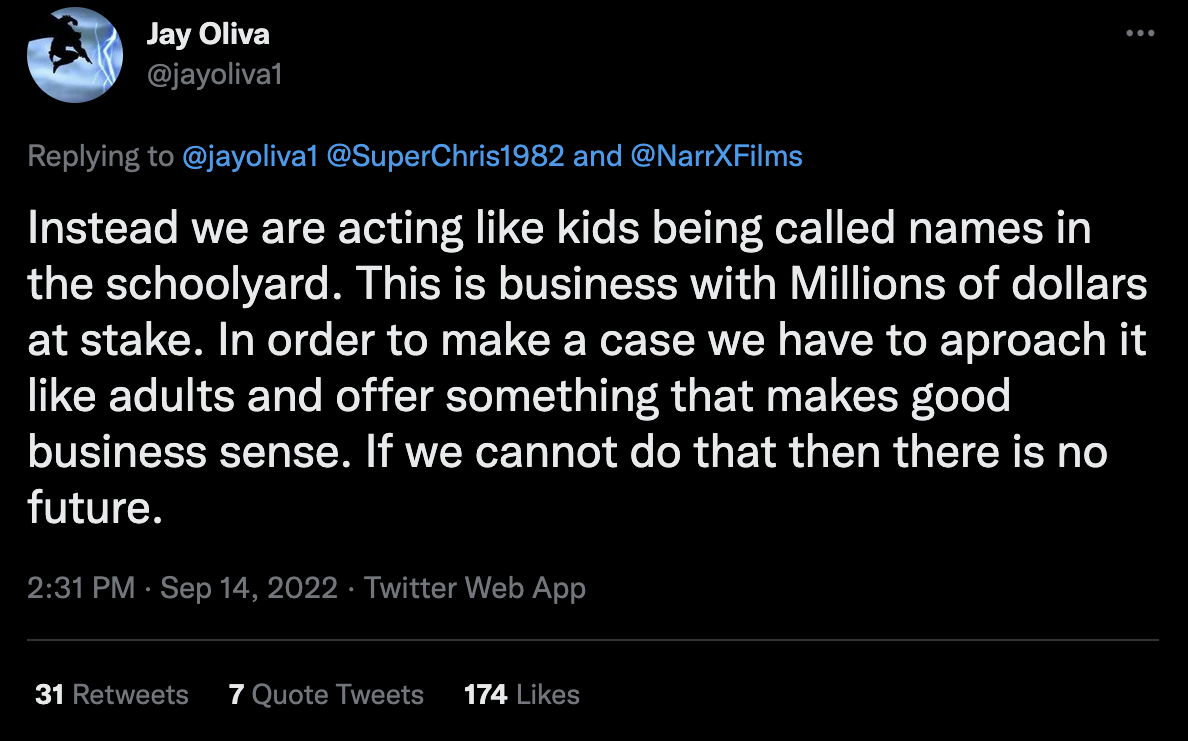 He adds the new studio heads would have to back up the money truck to entice Snyder into coming back to supervise the cinematic direction of DC.

He added further the reputation the Snyder fans have garnered, fair or unfair, doesn’t help. “It’s all business and our rep as a fandom will keep that from happening,” said Oliva. He went on to clarify he’s talking about a “vocal minority” tainting the online pond. 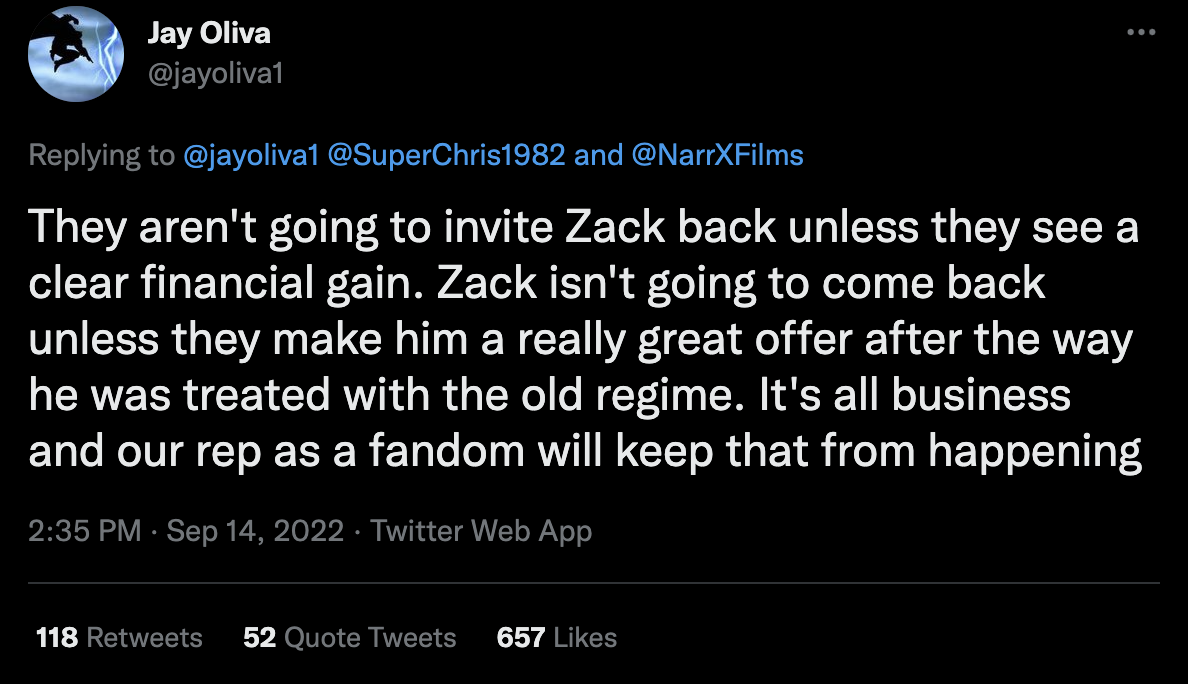 So it’s open-and-shut – no more Snyderverse, ever? Not exactly, because YouTuber Warstu, who always has something to say on this subject, breaks Oliva’s remarks down and sees a silver lining.

In his analysis, he says that beyond what’s going on with Black Adam and Aquaman 2, reputed scoopers don’t know what is going on with the Snyderverse. Anybody making predictions that will take years to bear fruit can only be guessing, in other words.

Furthermore, Warstu differentiates between official meetings and informal conversations we are less likely to know about. Money and other factors wouldn’t be discussed until the two sides meet formally and nothing would be public until finalized.

And there isn’t much room for official discussions while Snyder and Oliva are knee-deep into Rebel Moon at Netflix. 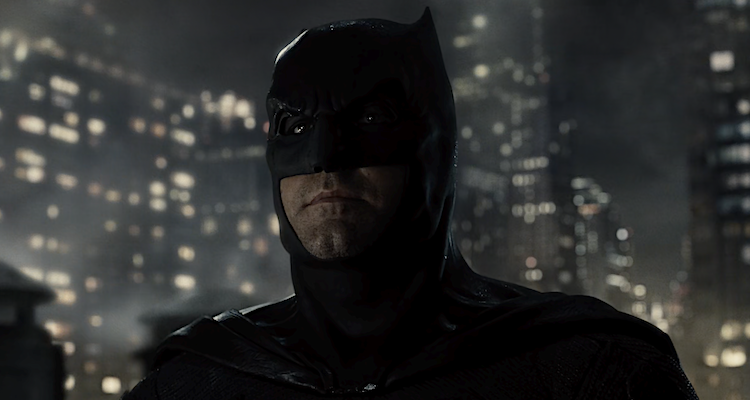 Oliva is closer to things and would know, Warstu concludes, unlike the scoopers the YouTube content maker doesn’t trust — whom he doesn’t call by name — as they aren’t affiliated with any vetted sites or outlets.

Warstu also brings up the possibility of Justice League 2 and who would direct it in Snyder’s absence. The answer to that one is easy and closer to the situation than expected. 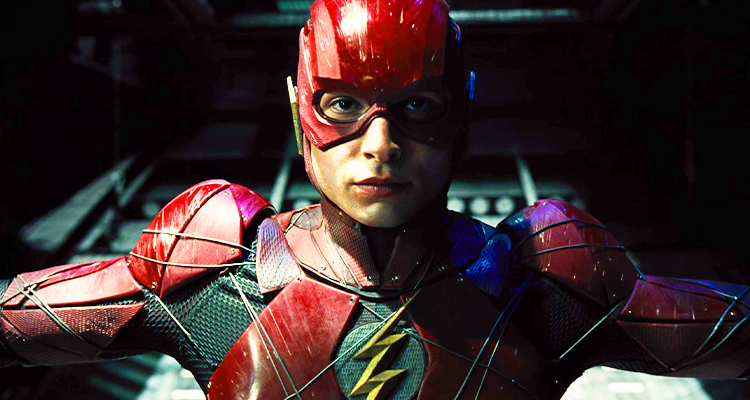 Warstu states that The Flash helmer Andy Muschietti will be at the top of the list as the upcoming DC film is essentially a mini-Justice League movie juggling The Scarlet Speedster, a Batman or two, Supergirl, and a rumor claiming Aquaman and Wonder Woman may briefly make an appearance.

Added to the fire is what can be considered a scoop by a random Twitter user Warstu does believe, named MyTimeToShineHello, who puts forth like other reports that Ezra Miller is done after The Flash and the part is being recast.

Not sure if good news or bad news that's up to you but I hear Ezra Miller is done as The Flash no matter what happens. Not coming back

We reported it a few months ago but this update, were it to be trusted, is contrary when looking at the field today. Warner looks to be doing everything they can to aid and abet Miller amid his scandals. However, in a year or more, they could dump him and change course.

Warstu believes we aren’t going to know what’s what for a few years, and the same goes for the Snyderverse or any Justice League sequels.