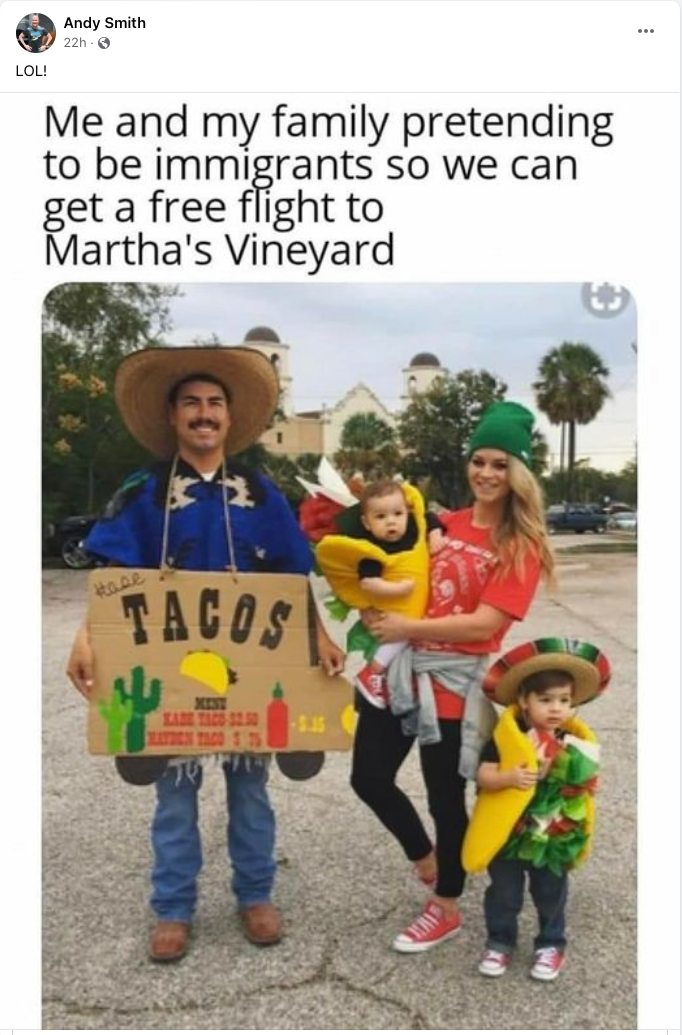 The Facebook attack mob was led by Dave Johnson, famous for doing covers for DC Comics and Robert Kirkman’s Invincible. Johnson posted a screenshot of Smith’s wall and the meme, along with, “Glad I unfriended this guy a long time ago. His sense of humor is as good as his ‘art’.”

He followed up with another post, passive-aggressively telling Andy Smith he wanted to return original art Smith had given or sold him at some point, with a post stating, “Good news Andy Smith. Found your art and I’ll be happy to return it. Feel free to do the same. DM your address and it’ll go out Monday. I’ll even box it up real nice.” 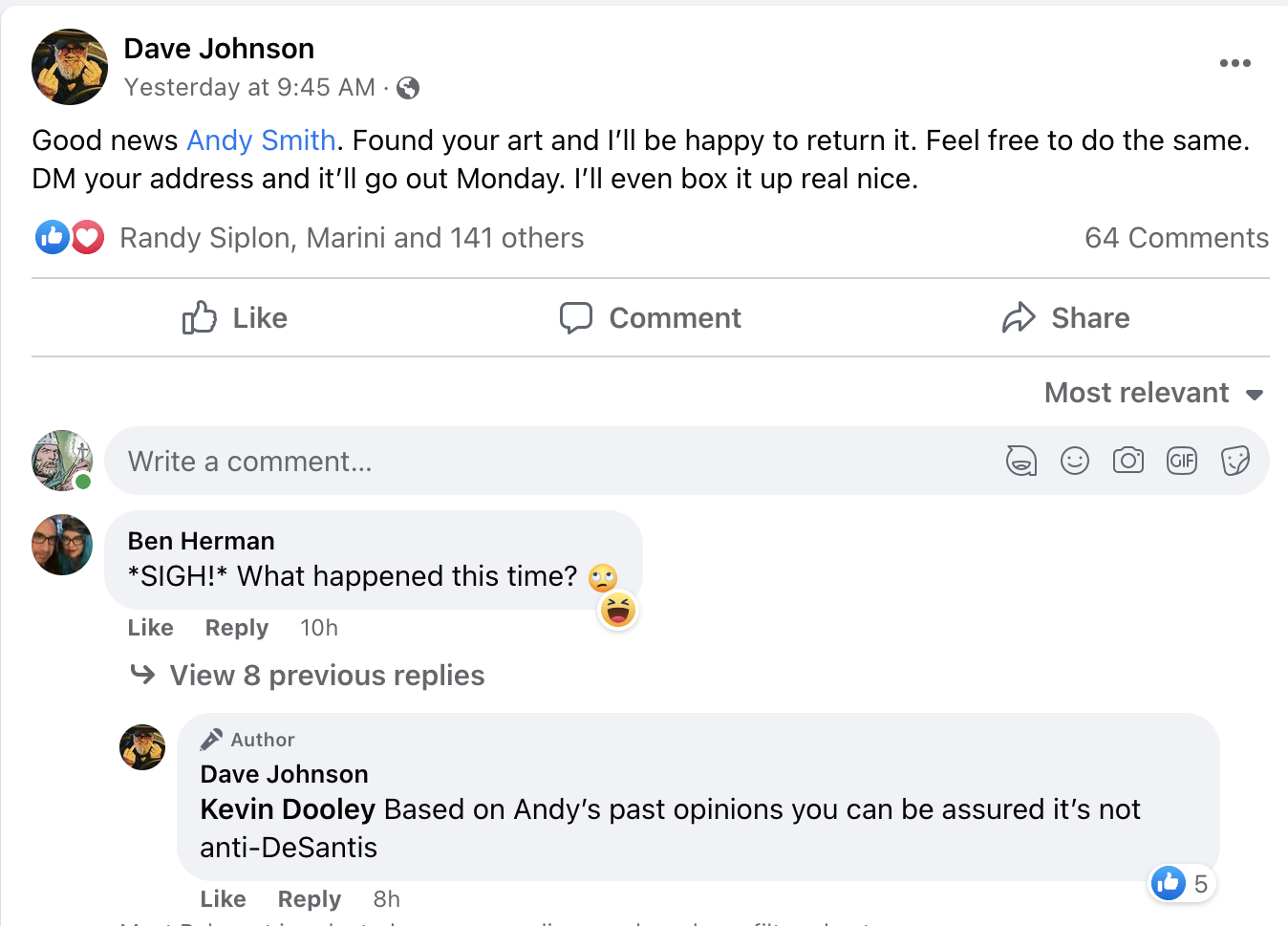 Marvel cover artist Mark Brooks, who has recently been under fire for allegedly pasting in 3D models into his covers, providing minimal effort for his work, took to throwing shade at Smith’s fan-favorite art, stating, “His art for your art? He better be sending a check along with yours because there’s no comparison.” 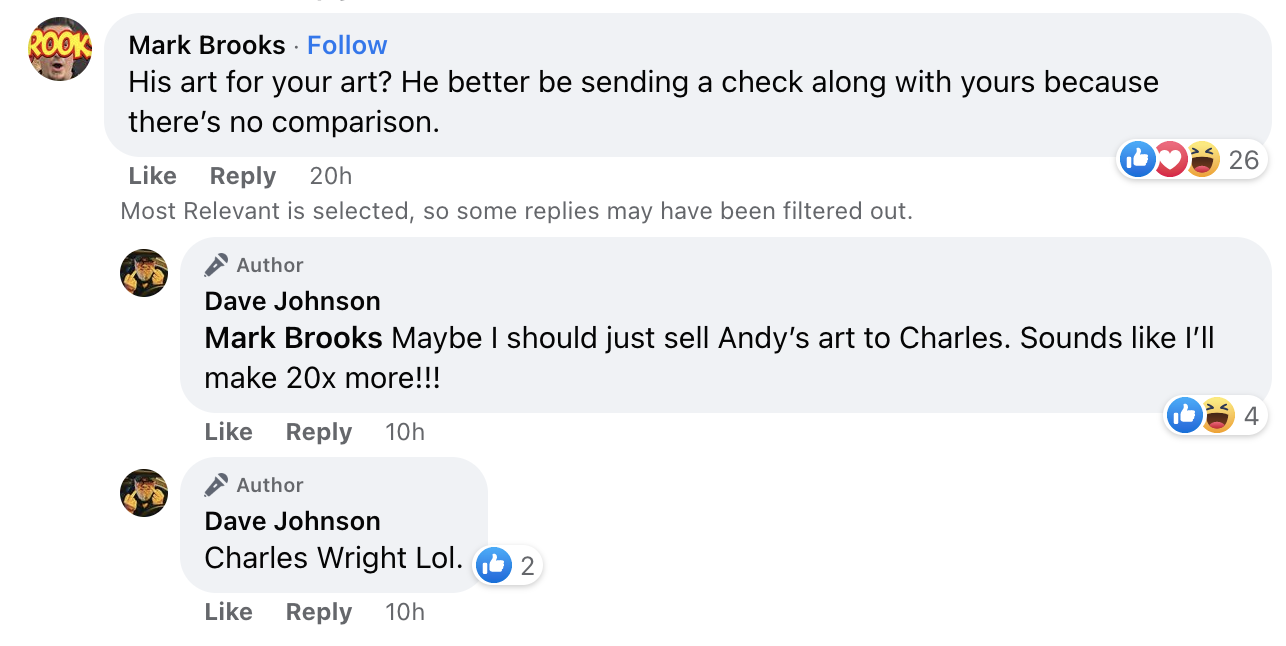 Smith has recently launched an IndieGoGo campaign, Andy Smith’s Kor-Drath: The Reckoning!, which has made nearly $50,000 as of this writing, and has been lauded for the high quality of the art by fans and fellow professionals alike. 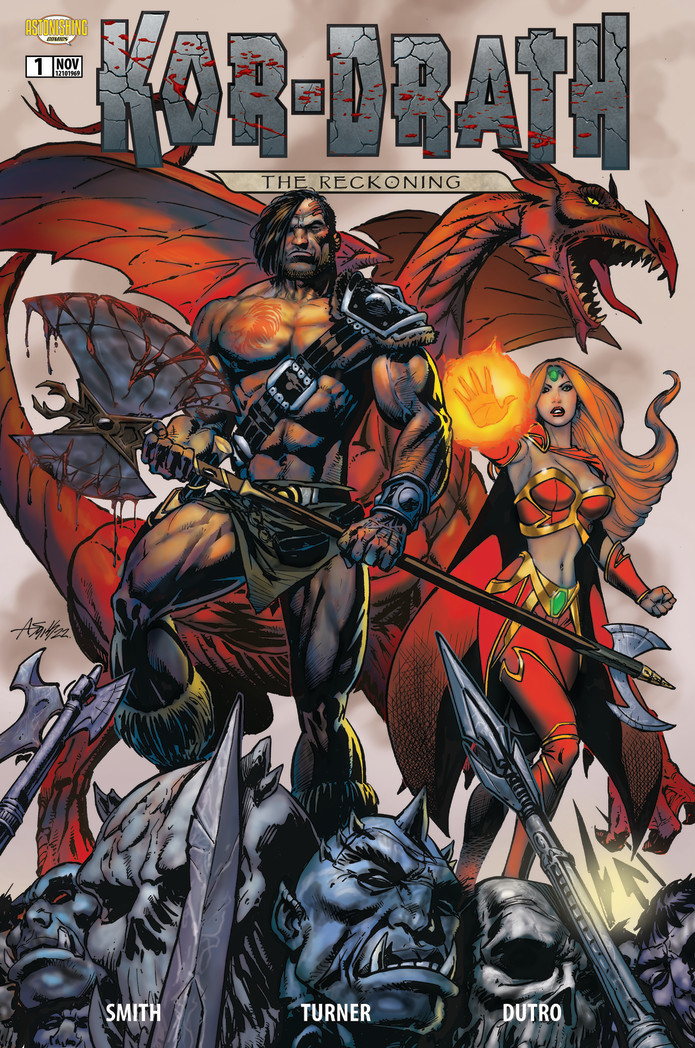 Kor-Drath: The Reckoning #1 Cover A

A chorus of other industry professionals joined in the pile-on to cancel Andy Smith, including Image Comics co-founder, Erik Larsen, who accused Smith of racism for the tame meme, stating, “I’m not sure why some people are so proud of their racism. If you’re going to virtue signal–shouldn’t you at least have a virtue?” 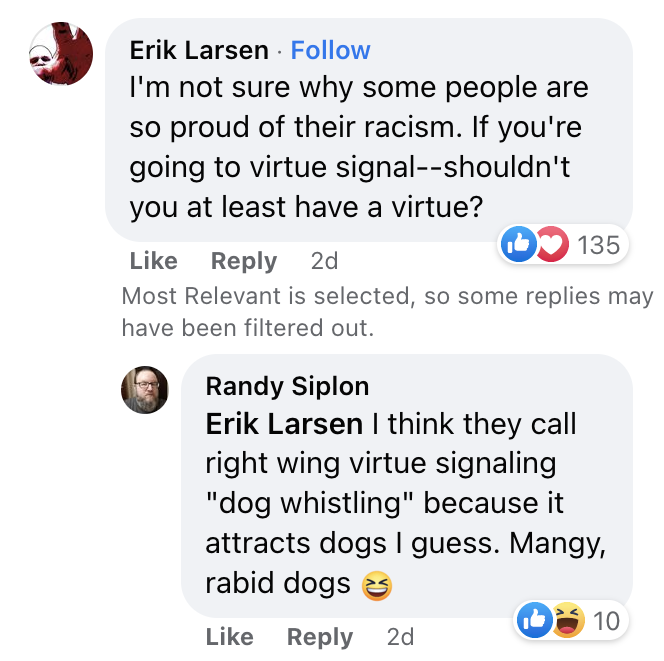 Bill Sienkiewicz took matters a step further when he commented on the post, first using the Lord’s name in vain by simply saying, “Jesus,” followed by Johnson prodding Sienkiewicz for having befriended Smith.

Oddly, all the professionals involved are completely fine with using the name of Jesus Christ in such an offensive capacity while bloviating about the morality of Andy Smith’s meme. 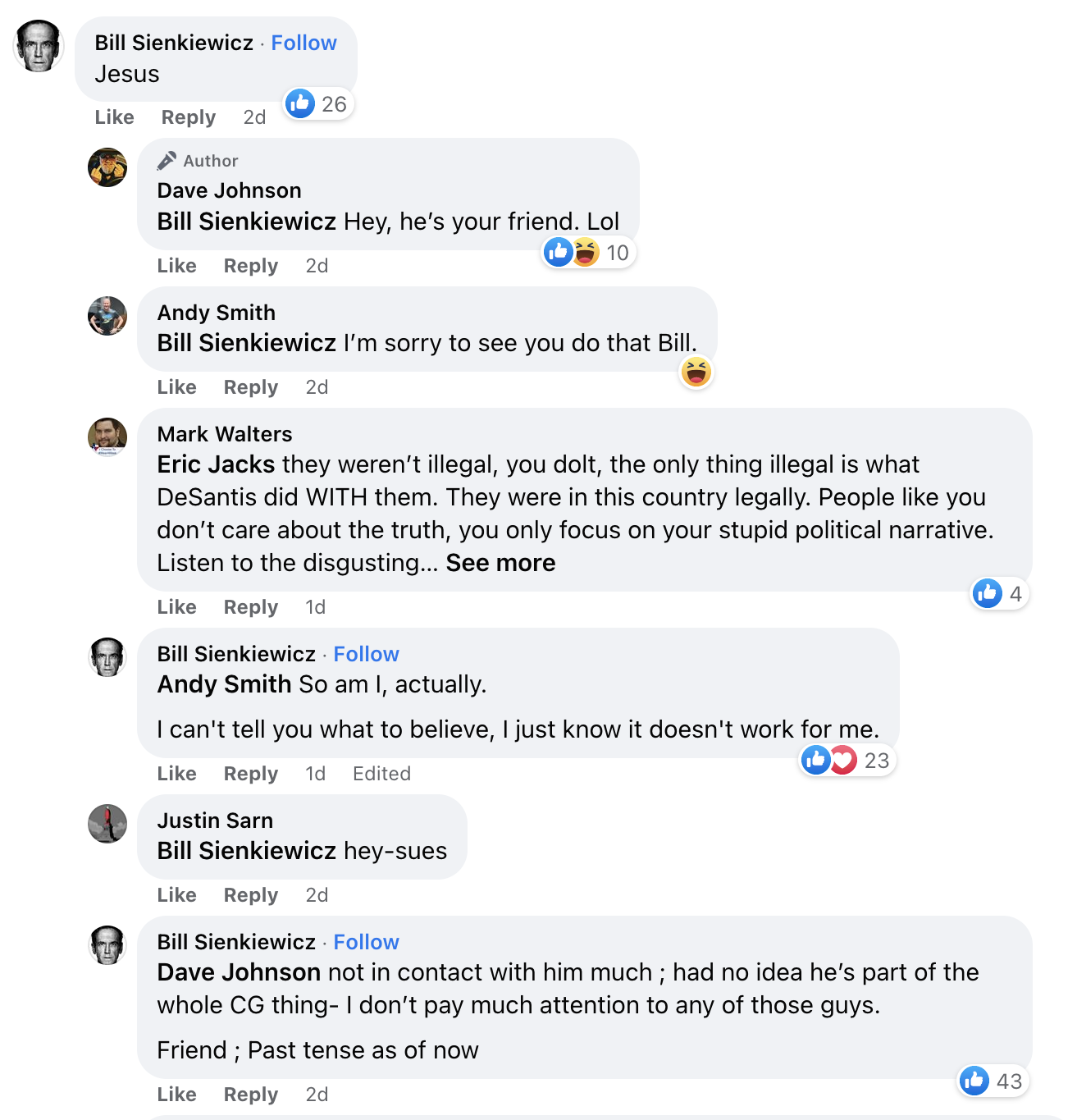 Sienkiewicz furthered evidence that there is an industry blacklist surrounding any creators who lean conservative in comics with his next overreacting replies, completely disavowing Smith to prove his allegiance.

He stated, “Dave Johnson not in contact with him much ; had no idea he’s part of the whole CG thing- I don’t pay much attention to any of those guys. Friend ; Past tense as of now.” 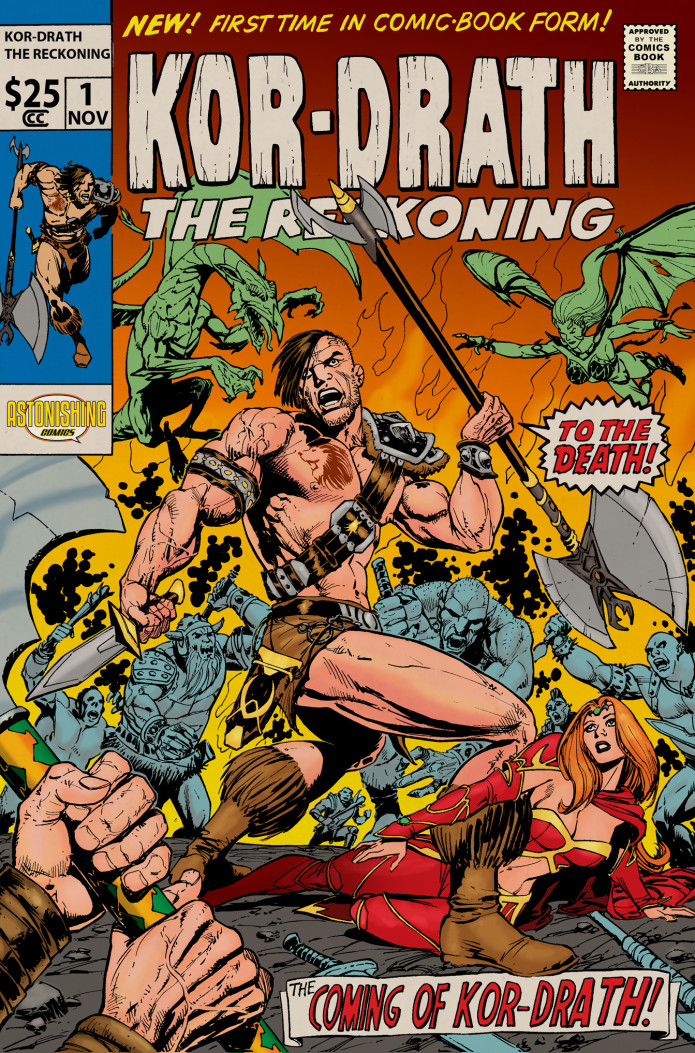 The reaction of the industry professionals is about the level of junior high bullying when they find out that someone hangs out with unpopular kids. It’s shocking to see someone publicly end a friendship over a tame meme. Smith seemed to take matters in stride, acting professional and courteous as he is known to be in the industry, simply stating, “I’m sorry to see you do that Bill.”

If an entire peer group of professionals can cut someone off and destroy friendships over their not liking a meme, the comic industry is in a dire situation of toxicity where it appears as if these middle-aged men can’t act like adults. It’s no wonder fans are increasingly turning to artists like Smith and their independent work through ComicsGate as an alternative to mainstream bullying behavior. 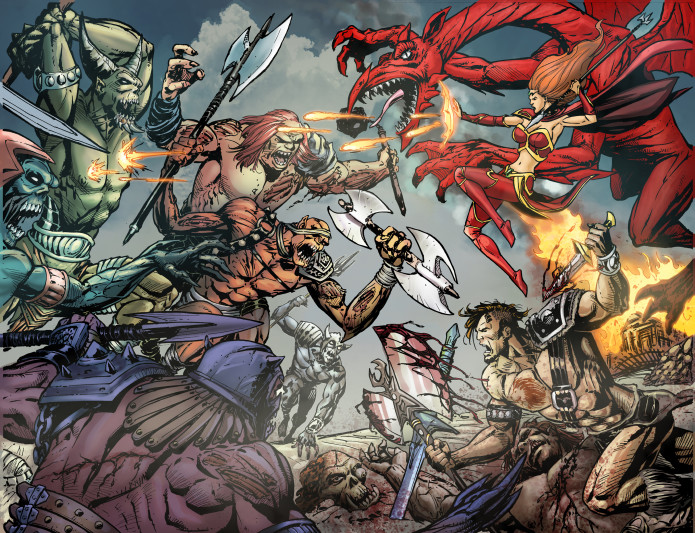 Kor-Drath: The Reckoning #1 Cover B

What do you make of Andy Smith’s meme and the industry’s blacklisting response? Leave a comment and let us know!