The seaside Familia Café Terrace and its five gorgeous hostesses are ready to serve, as Seo Kouji himself has revealed that his ecchi harem manga Goddess Café Terrace will officially be receiving an anime adaptation. 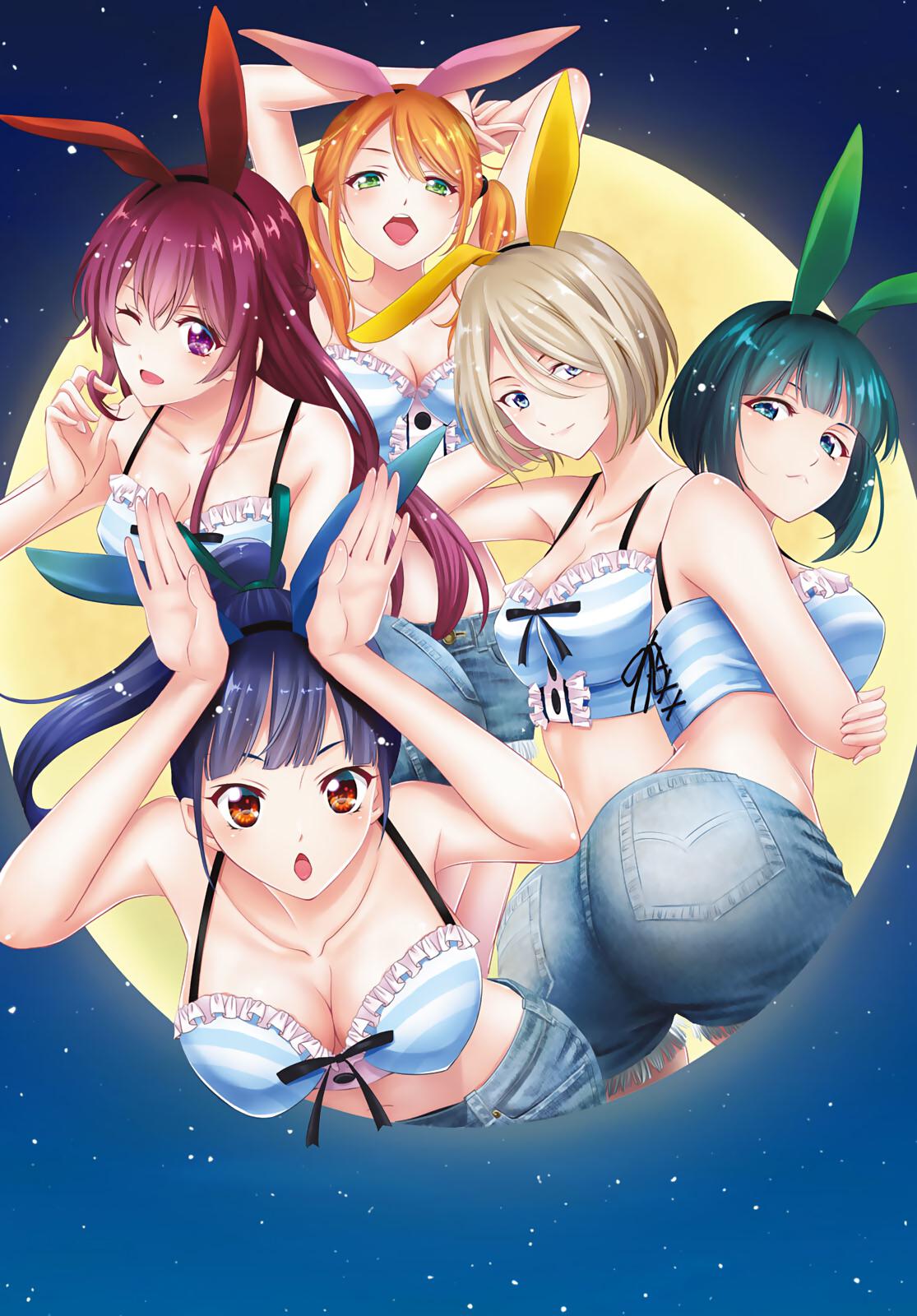 The latest series from the Hitman mangaka, Goddess Café Terrace centers on Kasukabe Hayato, a recently-admitted Tokyo U student whose plans are thrown for a loop when he receives news of his estranged grandmother’s death.

Left to deal with her Café Terrace Familia, Hayato returns to his seaside childhood home for the first time in three-years in order to tie-up her affairs and close-up shop. 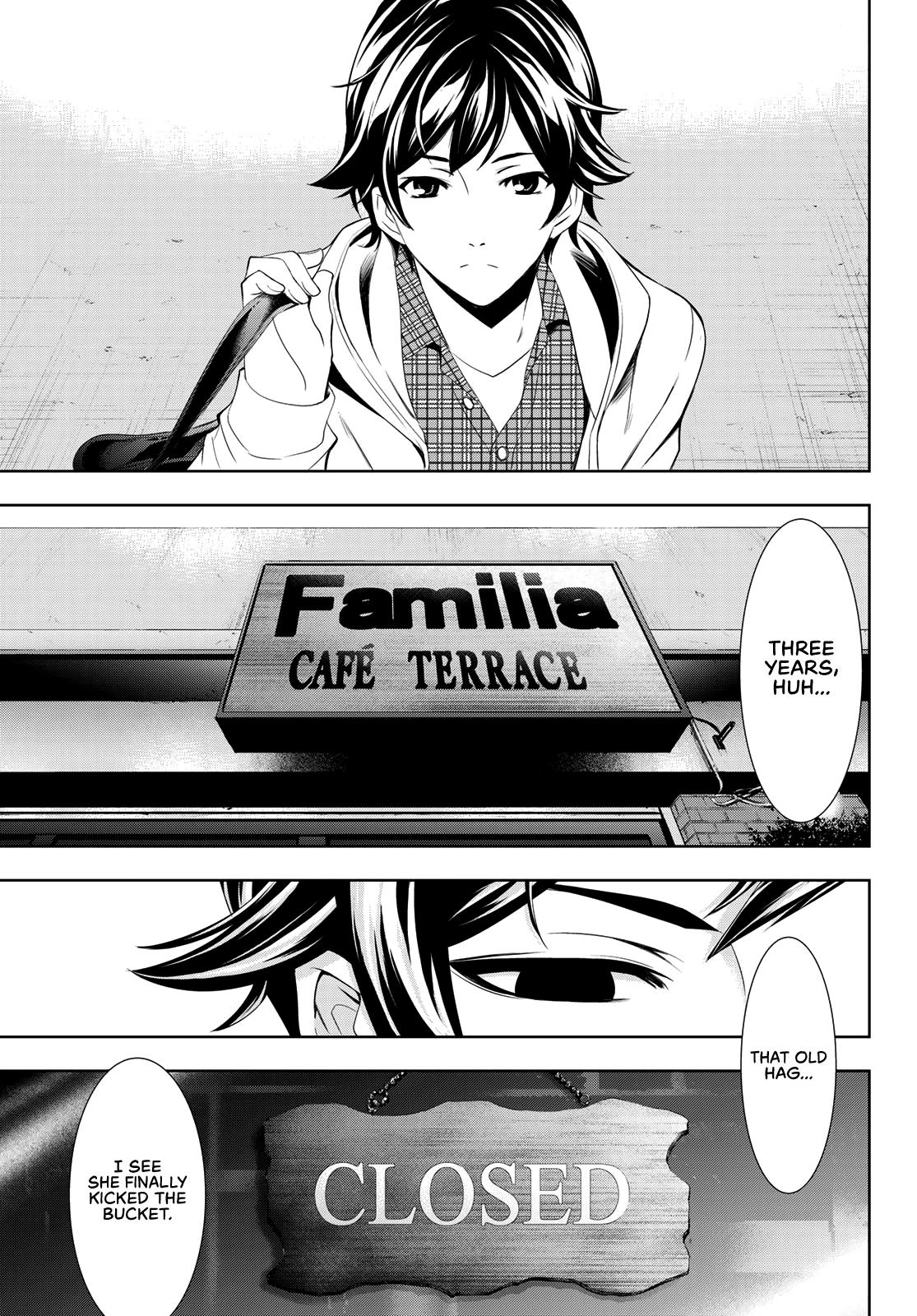 However, instead of arriving to find an empty building, lo and behold, Hayato discovers five mysterious girls claiming to be a part of ‘Grandma’s Family’.

Unable to throw the girls out on their own, Hayato decides to work with them to restore his grandmother’s business to a thriving state – all the while their destinies intertwining. 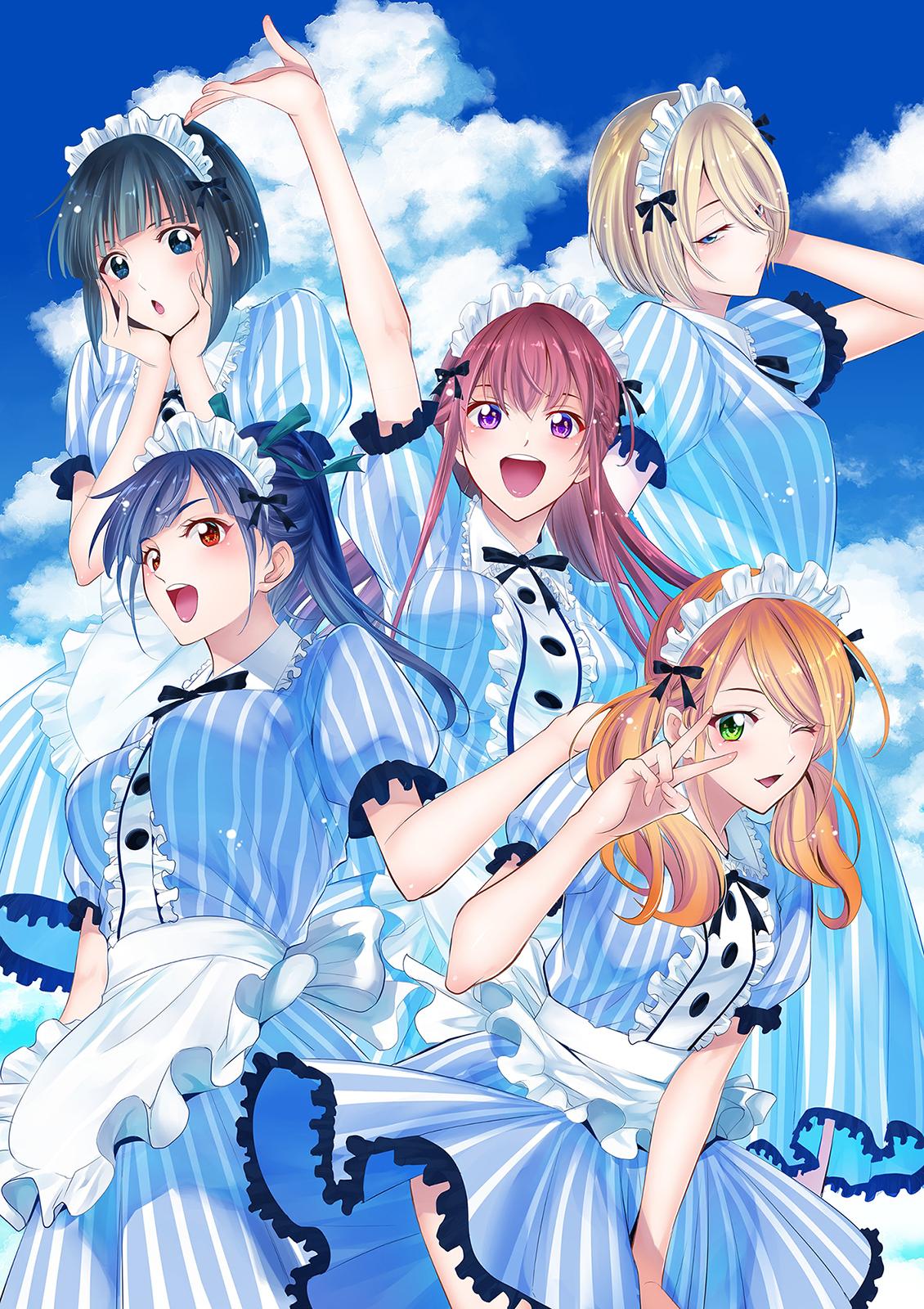 Alongside this tweet, the mangaka shared a new illustration of the series’ main cast in their signature uniforms with feathers floating around them. 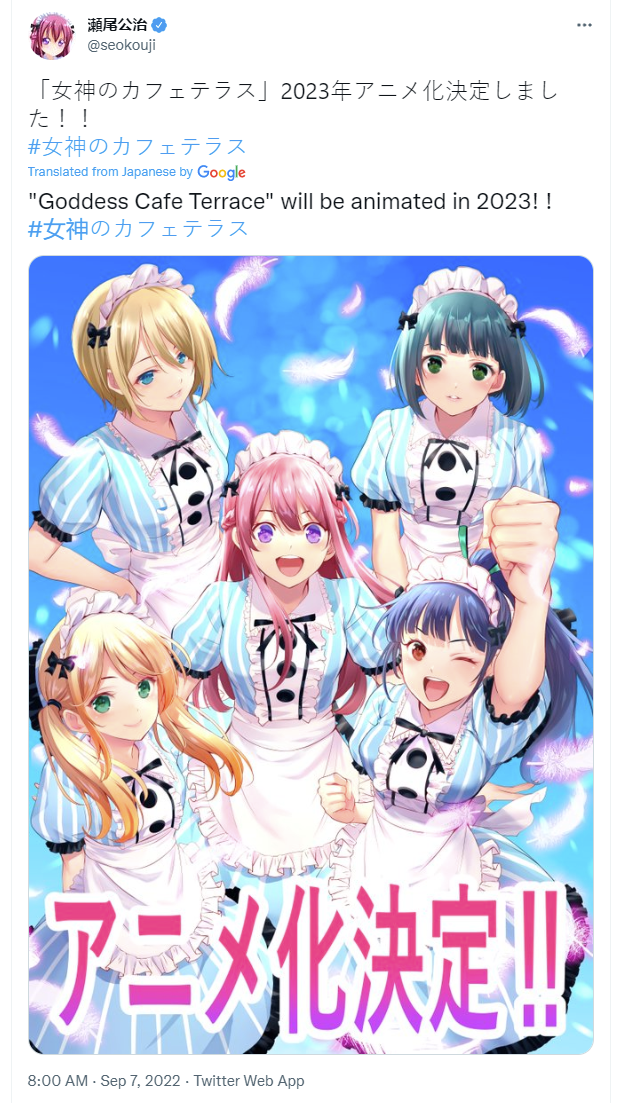 “Details will be announced in Weekly Shonen Magazine and on this account from time to time!” the account continued. “Thanks to all of you for your support! thank you 😊 Thank you for your continued support as a ‘familiar’! I’m really looking forward to seeing how the Familiar members move around”

Chapter 74 of Goddess Café Terrace, which released just a few days after the news broke, also featured a special color spread depicting the café’s original staff – who also happen to be the protagonists’ grandmothers – celebrating the announcement. 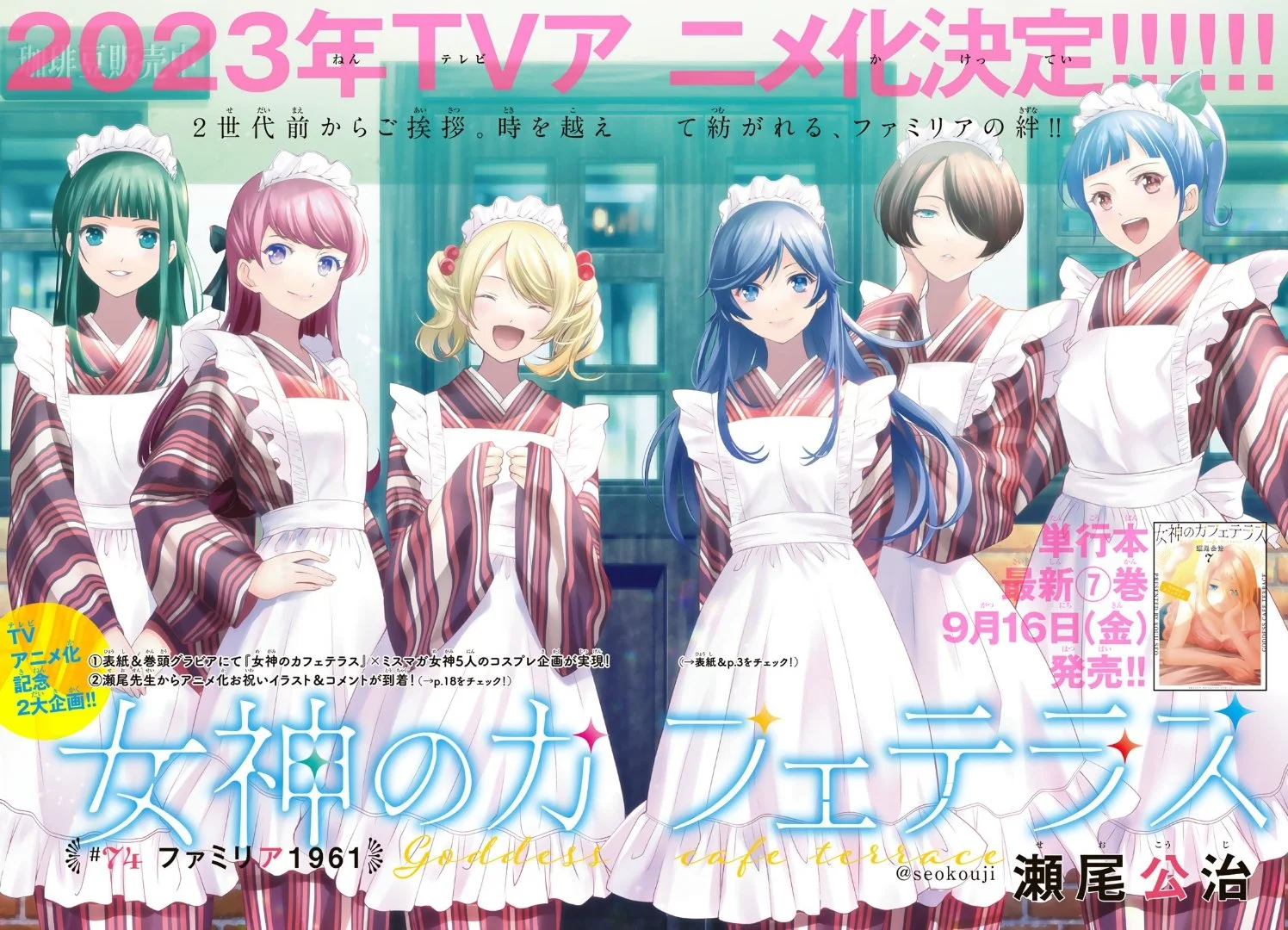 In the hours leading up to the announcement, the official Goddess Café Terrace Twitter account did a countdown of each of the eponymous café’s staff, sharing each of their individual portraits before they were eventually collected in Kouji’s above announcement image.

This teaser began with the tsundere social butterfly Riho Tsukishima. A former child actress with a tragic past who was Riho will do anything she can to protect the Familia Café Terrace, which provided her safety from her abusive mother and allowed her to be who she truly wanted to be. 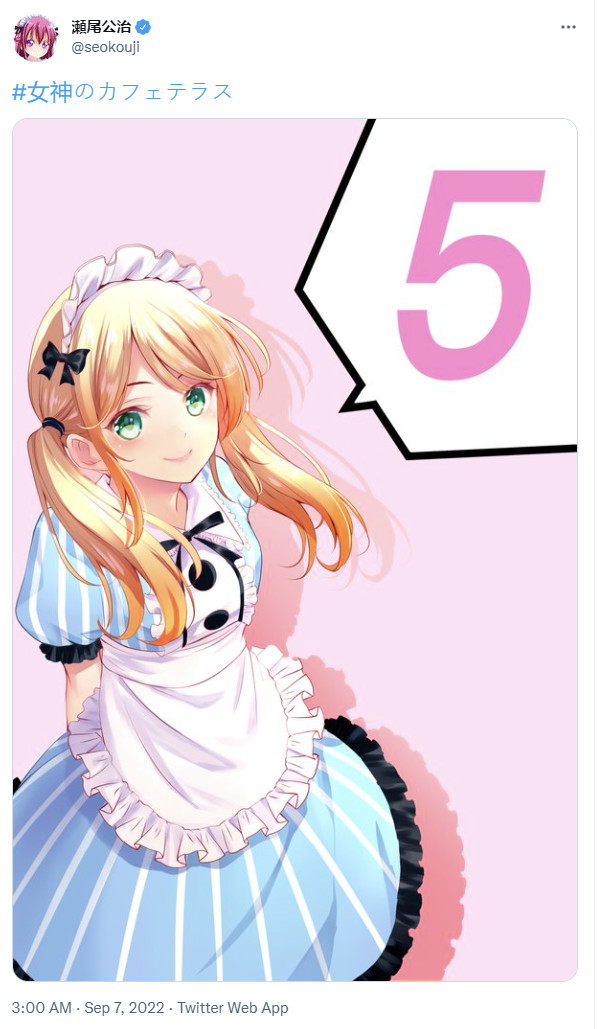 Up next was Shiragiku Ono. The textbook definition of a good girl with a spicy side, upon meeting Shiragiku she is first presented as an innocent woman with a penchant for cooking.

However, when she gets any whiff of alcohol (and we mean any alcohol), this adorable and busty chef becomes easily inebriated and unleashes an unexpected wildside. 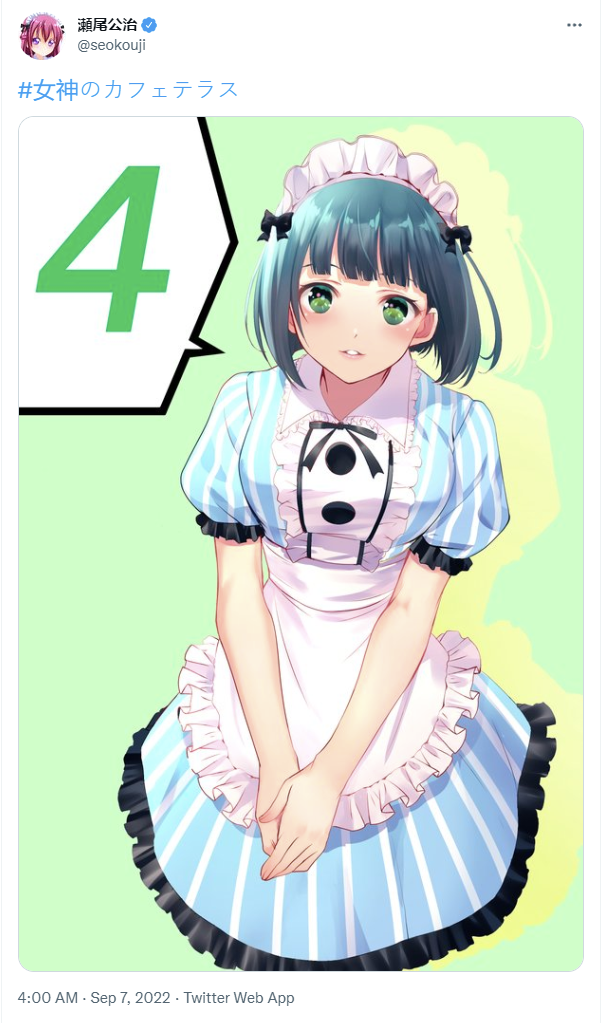 The youngest – and the let’s be real, most mysterious – of the group, Ami Tsuruga is a Street Fighter addicted tomboy who literally uses the Hadouken in her own martial arts tournaments.

A general goofball and constant prankster who is always at the ready with an epic Pennywise mask or random joke glasses, Ami’s antics always manage to bring a smile to everyone’s faces. 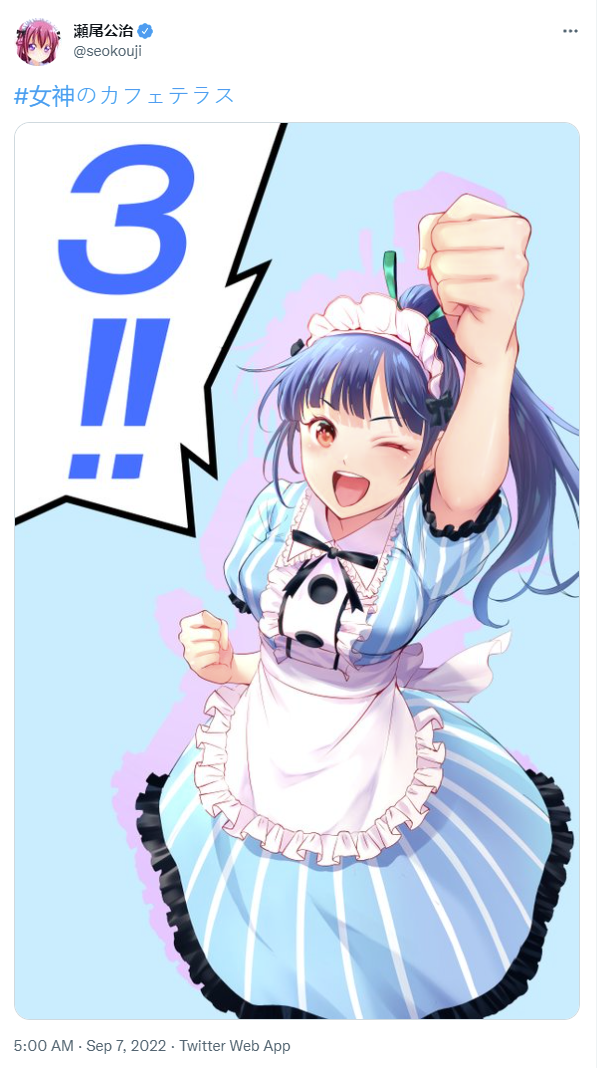 Instead of following in her prestigious family’s footsteps and attending Tokyo U, Ouka enrolled in vocational school for fashion design before eventually finding herself the mastermind behind all of the costumes worn at Familia Café Terrace. 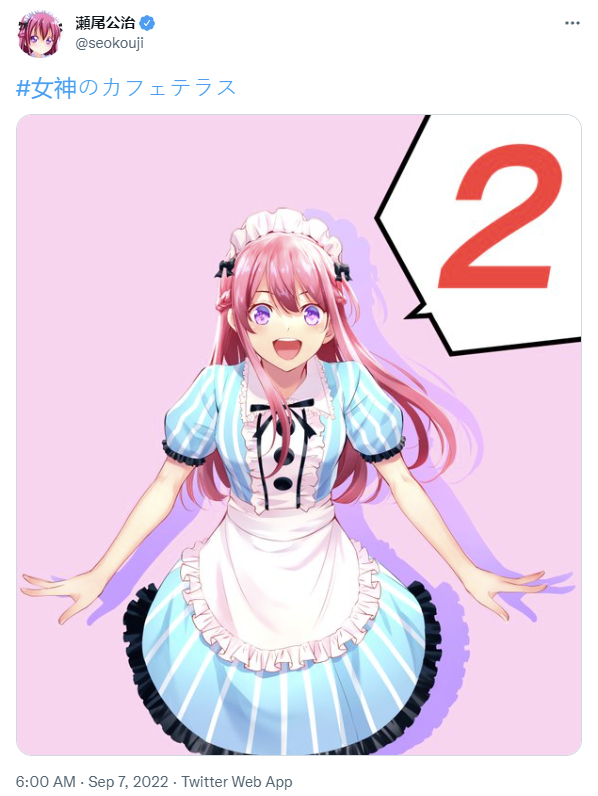 The best saved for last, the countdown ultimately ended with Akane Hououji.

The rebellious heiress to her family’s 200-year old trading business, Akane came to work for the Familia Café Terrace as it allowed her the time to both start up her band and live her life to the fullest. 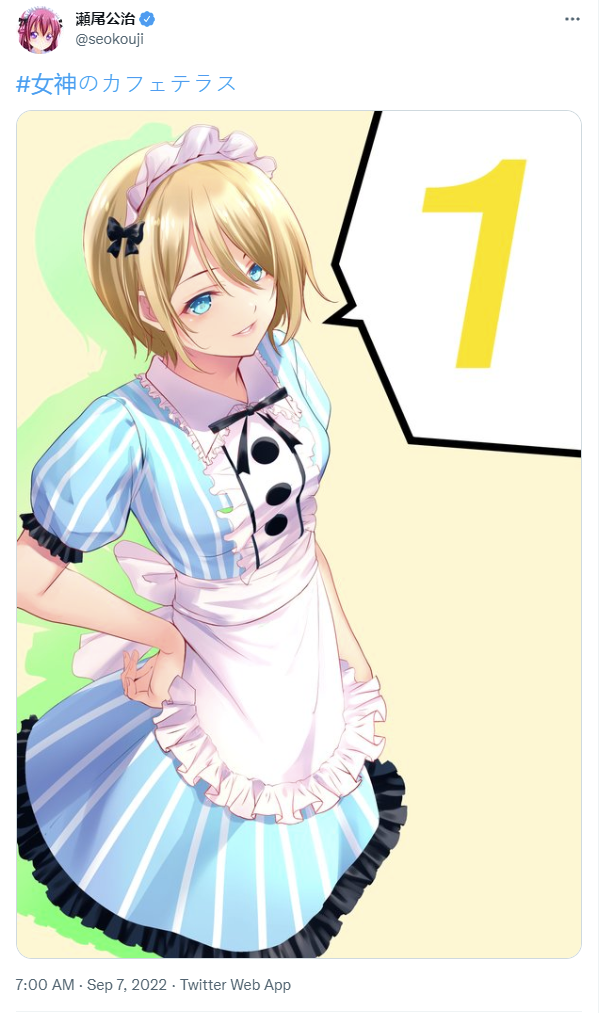 Though no other details outside of its existence were revealed, a massive question hovering around the Goddess Café Terrace anime is whether or not Kouji will be involved in its production.

As the mangaka has a keen insight into how the industry works – Hitman even featured an entire arc dedicated to the coprorate aspects of manga-to-anime adaptations – it will be interesting to see what influence, if any, it will have on Goddess Café Terrace. 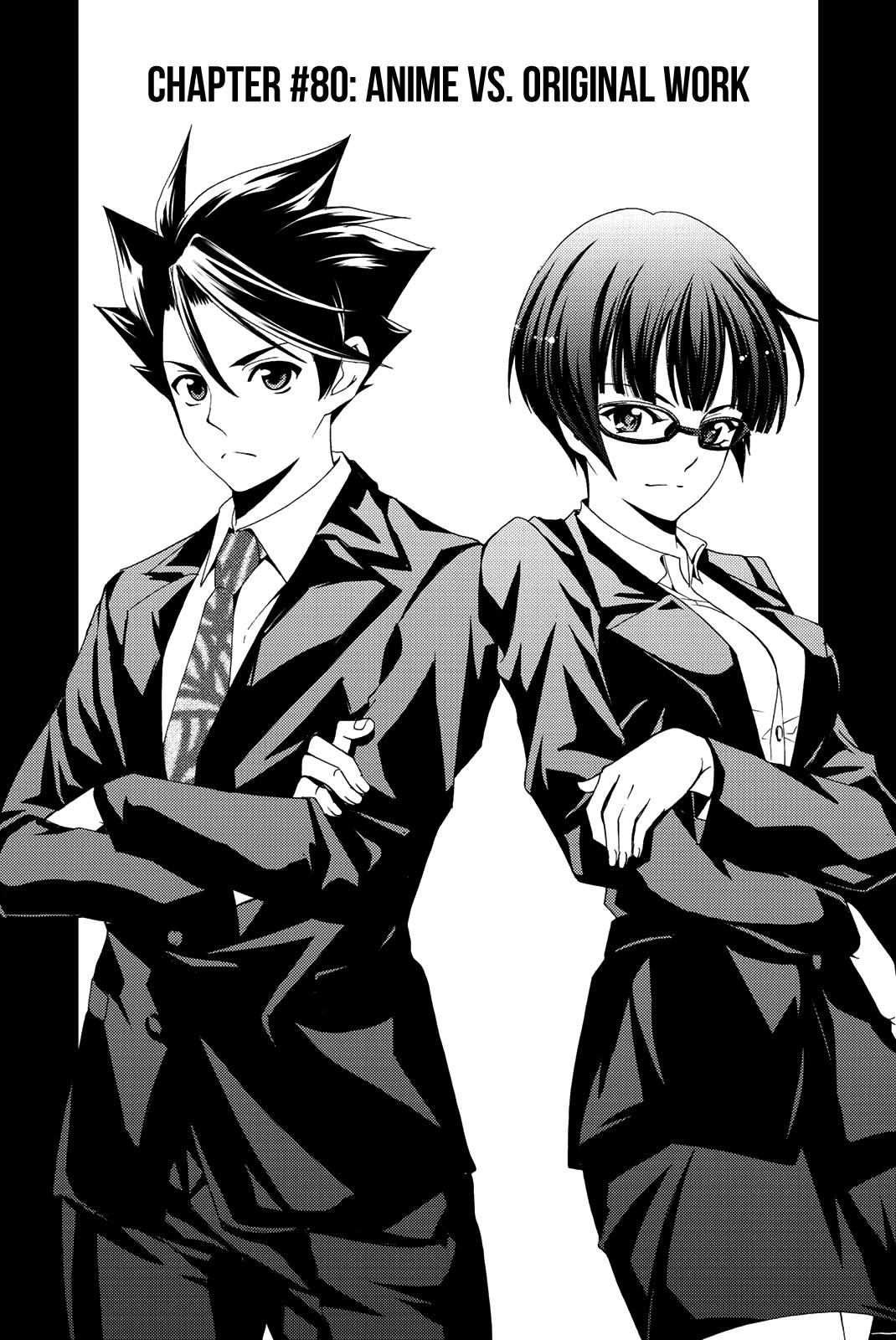