Yesterday, series protagonist Kafka Hibino received an amazing birthday present when it was announced that Kaiju No. 8 will finally be getting a long-overdue anime adaptation. 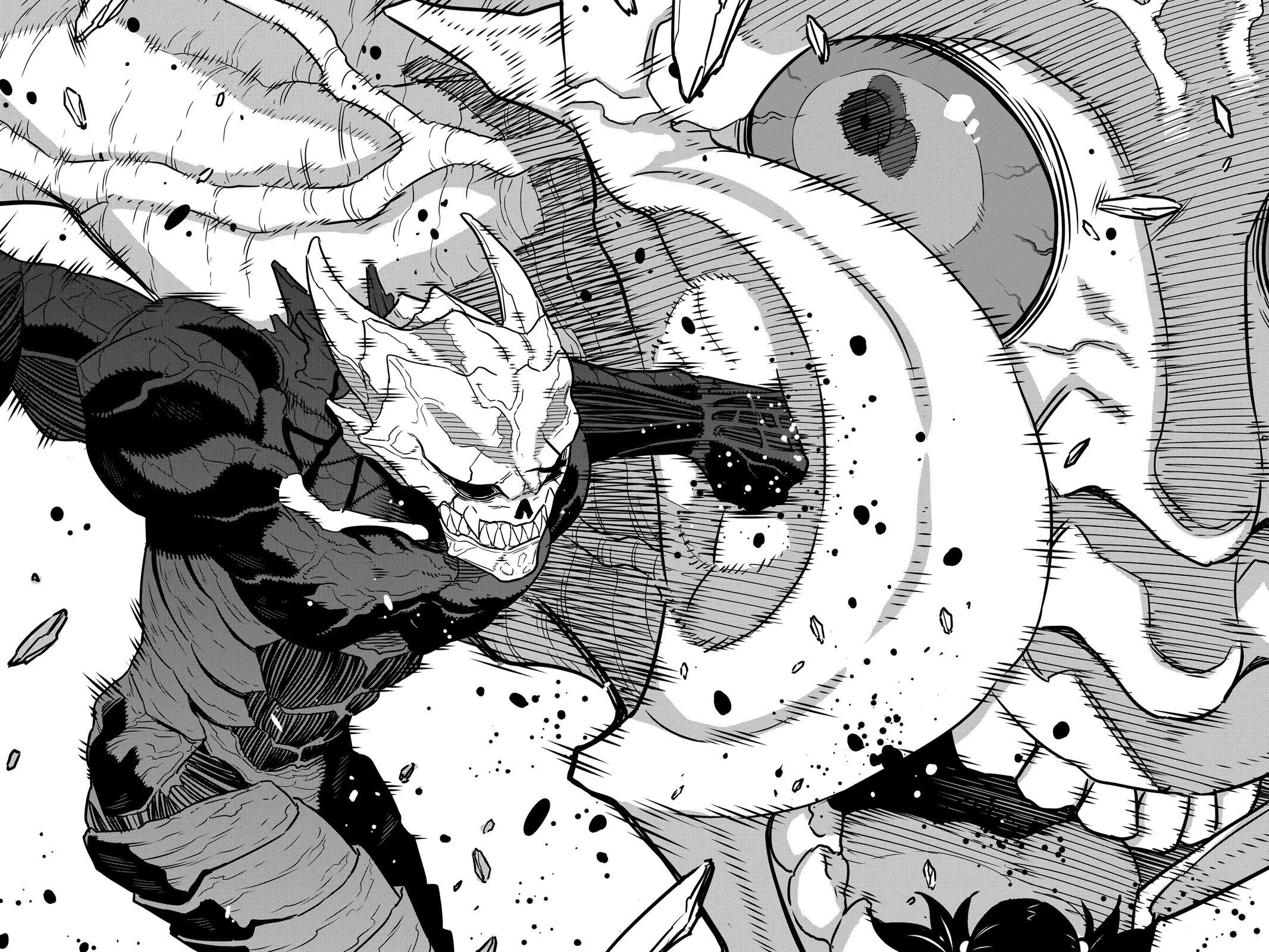 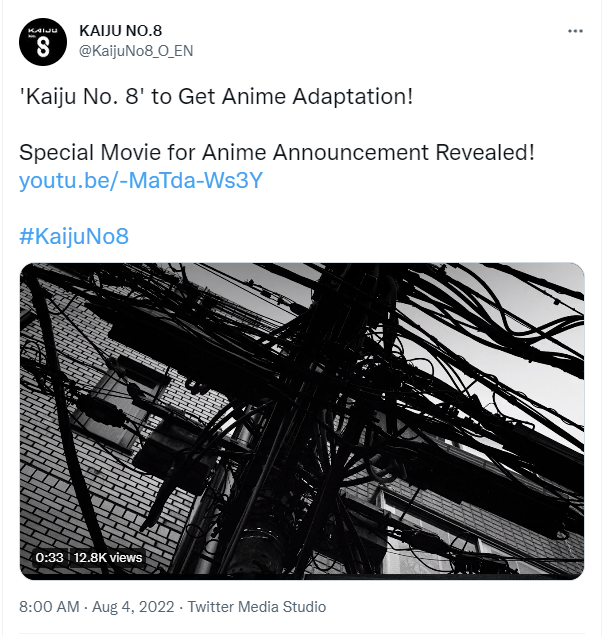 Alongside the announcement that “‘Kaiju No. 8′ to Get Anime Adaptation!”, the series’ production team shared a “Special Movie for Anime Announcement” which gave fans their first look inside the “world in which monsters appear in everyday life.”

Seen within this shadowed cityscape are a number of corporate advertisements and traffic signs, all of which are backed by the sounds of sirens and rumbling – a set of noises intended to really stir a sense of anxiety regarding the impending arrival of the series’ monsters of destruction.

Presented in black-and-white like the trailer, the promotional image depicts the series’ title superimposed over the different areas of the city depicted in the now-concluded visual countdown to the announcement including a crosswalk, traffic sign, and fire escape staircase. 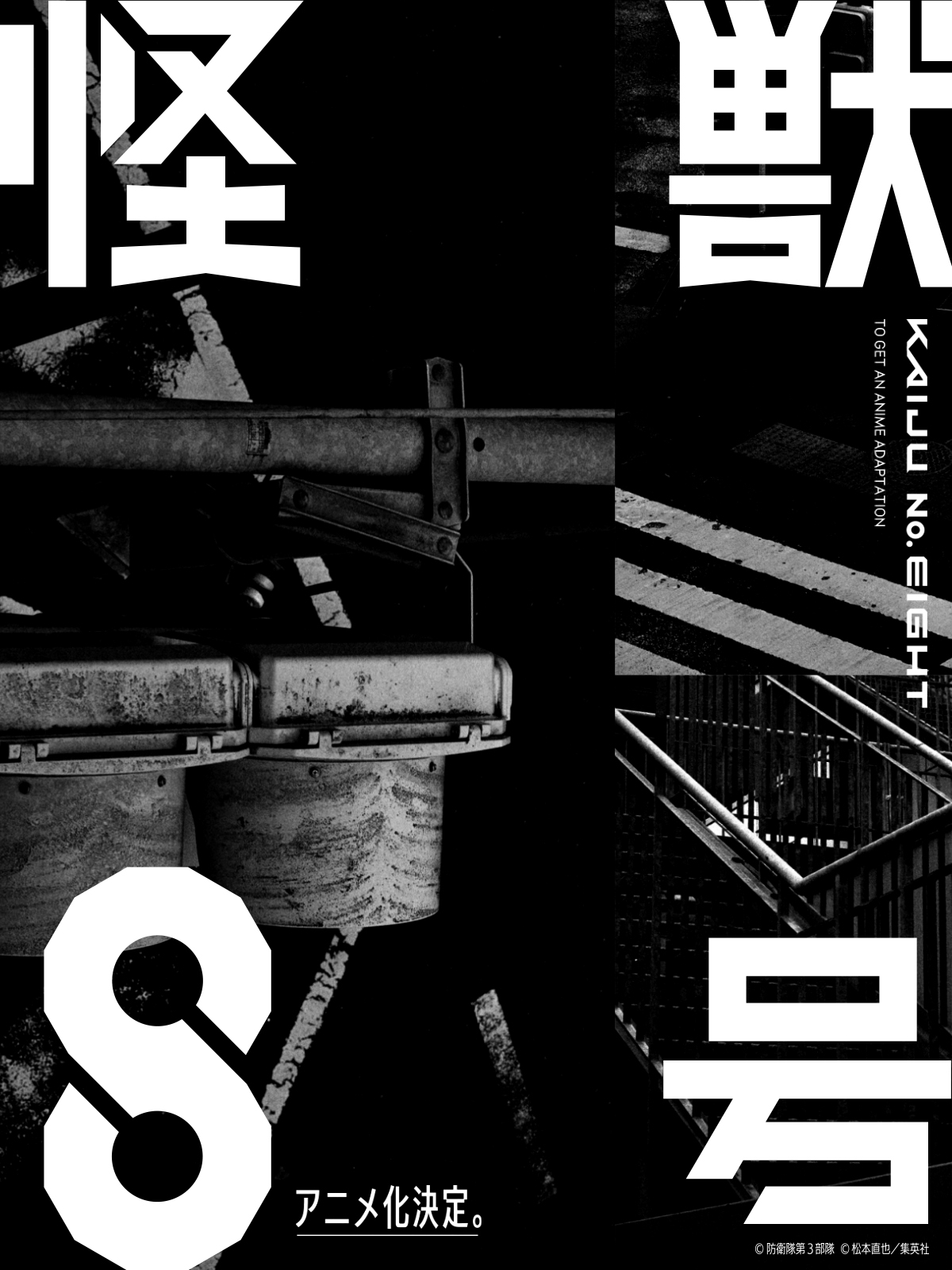 The announcement of the anime adaptation of Kaiju No. 8 comes at an interesting time. Not only did it fall on Kafka’s birthday, as noted above, but it also came on the same day the series entered a one-month hiatus.

At the end of Chapter 68 of Kaiju No. 8, Matsumoto explained to readers that he would be using the hiatus to prepare for the manga’s next arc, which is set to see the Defense Force go up against the new generation of monsters created by monster #9 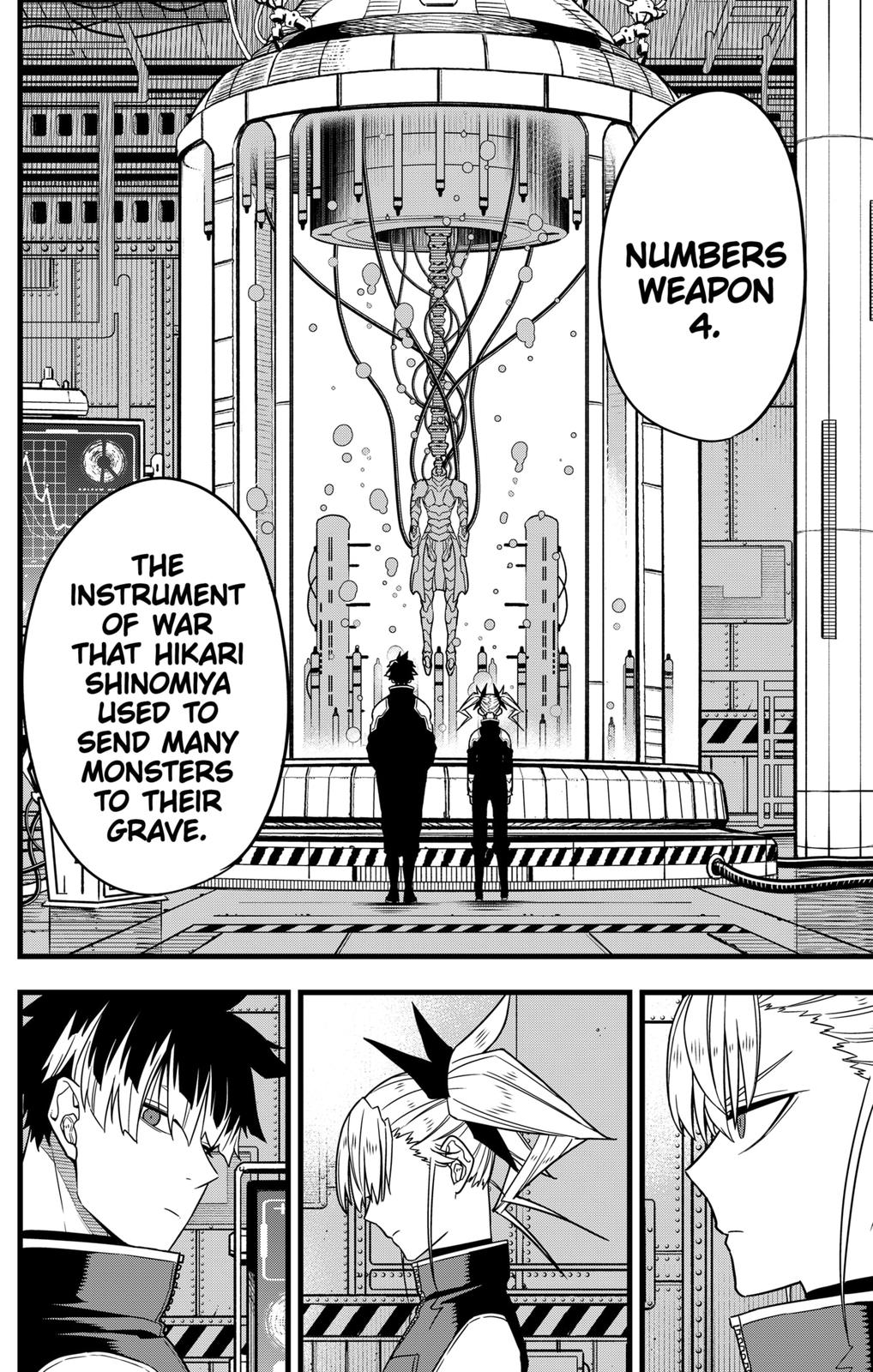 “We will be taking a break from updating in order to prepare for new developments,” wrote Matsumoto, as translated by series fan-Twitter account @KaijuNo_8. “The next publication date is scheduled for 9/2. I am sorry to everyone looking forward to it. Thank you for your continued support of Kaiju No.8” 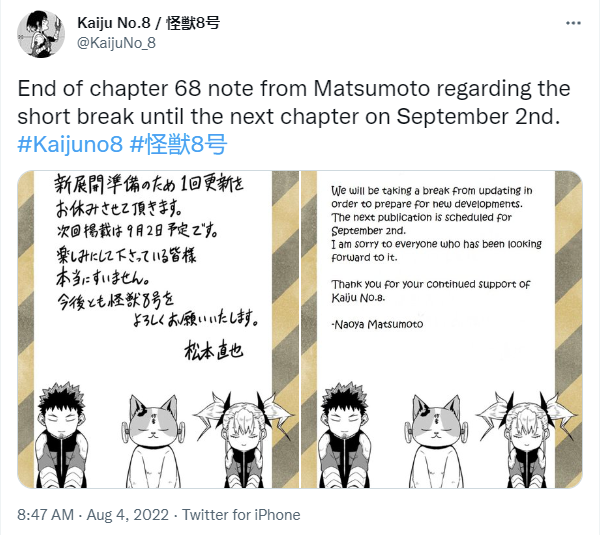 Later, in celebration of the anime announcement, Matsumoto tweeted a new illustration of Kafka as Monster #8 standing shoulder-to-shoulder with Leno, exclaiming “We’ve decided to animate Kaiju No. 8!”

“Thanks to all the readers who are reading this,” he said. “There is not much information I can reveal yet, but I hope you are looking forward to seeing how Kafka and Leno will move and what kind of voices Mina, Kikorou, and Hoshina will use to speak!”

Additionally, Matsumoto’s editor, Nakaji, offered his own expression of gratitude to fans, tweeting through his personal account, “Thank you for all your support since the start of the series in 2020. We are pleased to announce that ‘Kaiju No. 8’ will be adapted into an animated series!” 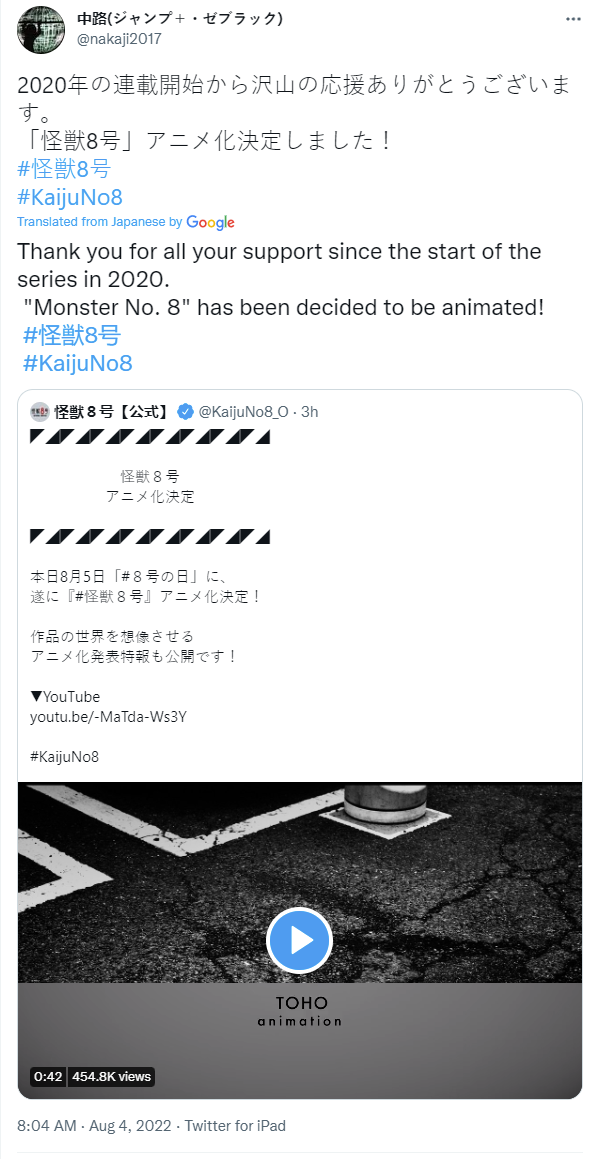