It’s time to pull out the dumbbells, wands and cream puffs, because the best selling Weekly Shonen Jump manga Mashle: Muscles and Magic is officially getting an anime adaptation. 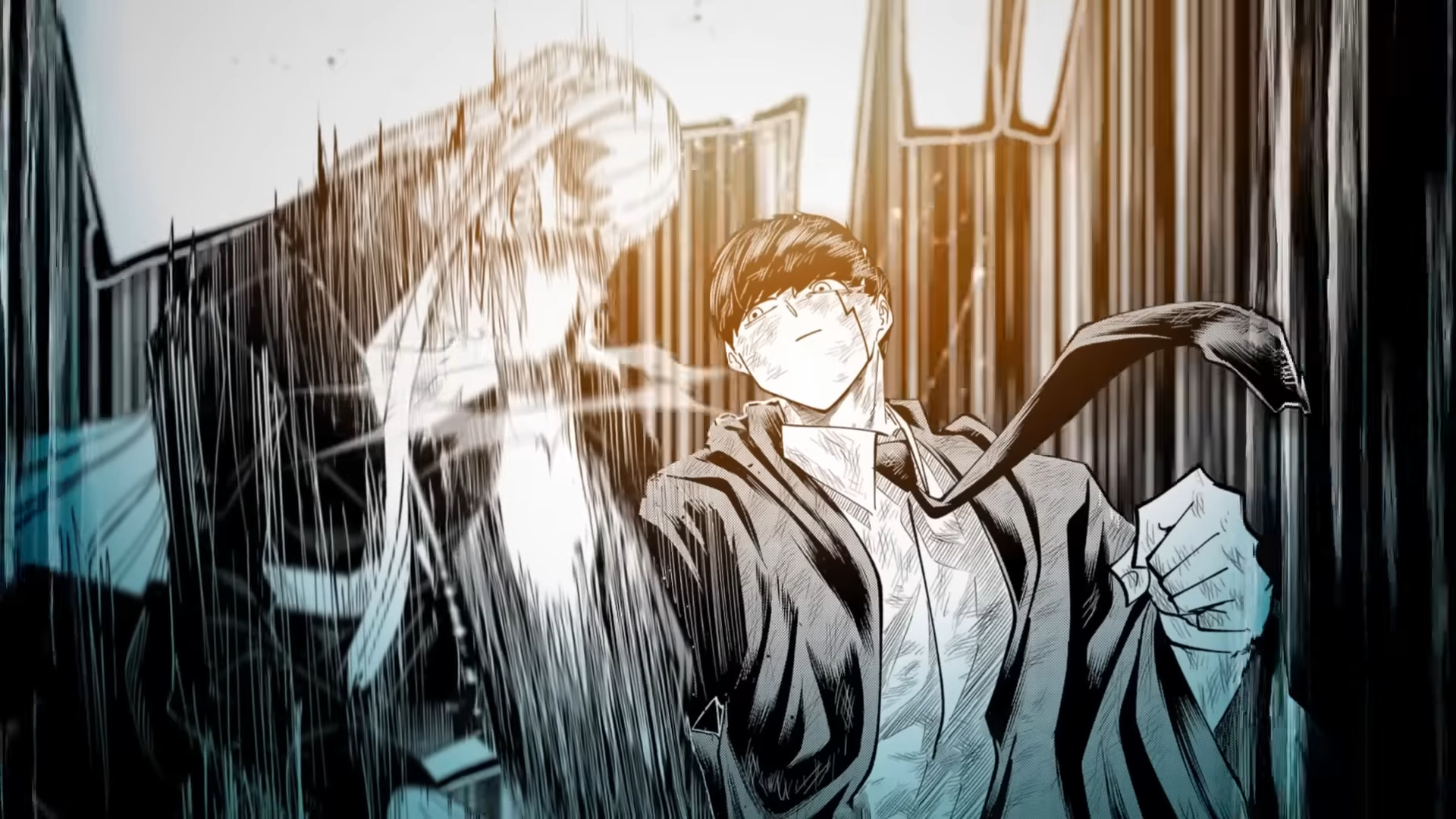 The anime adaption of Hajime Komoto magically muscular shonen series was first announced via a color spread featured ahead of the series’ 114th chapter in 2022’s 31st issue of Weekly Shonen Jump.

“I didn’t think this would become an anime,” said Komoto, as translated by the official English-language Mashle account. “All the readers and the people that support the series made it possible… Thank you so much…!!” 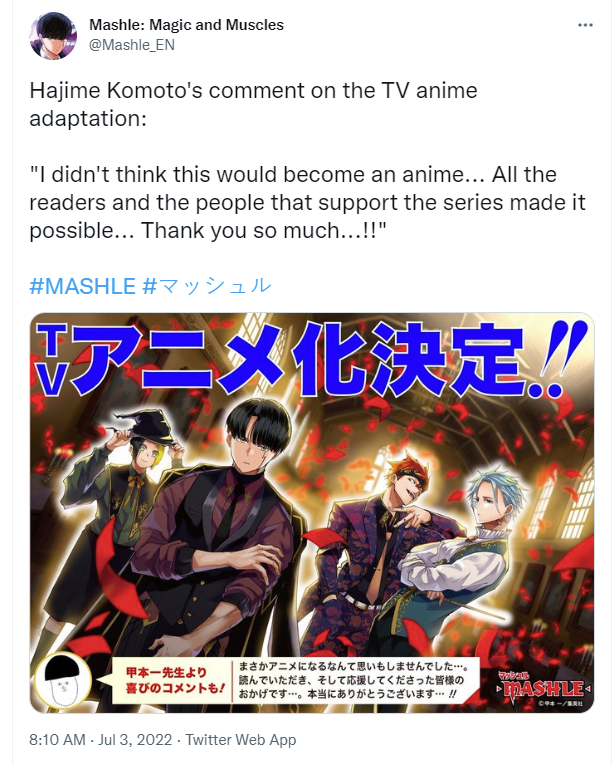 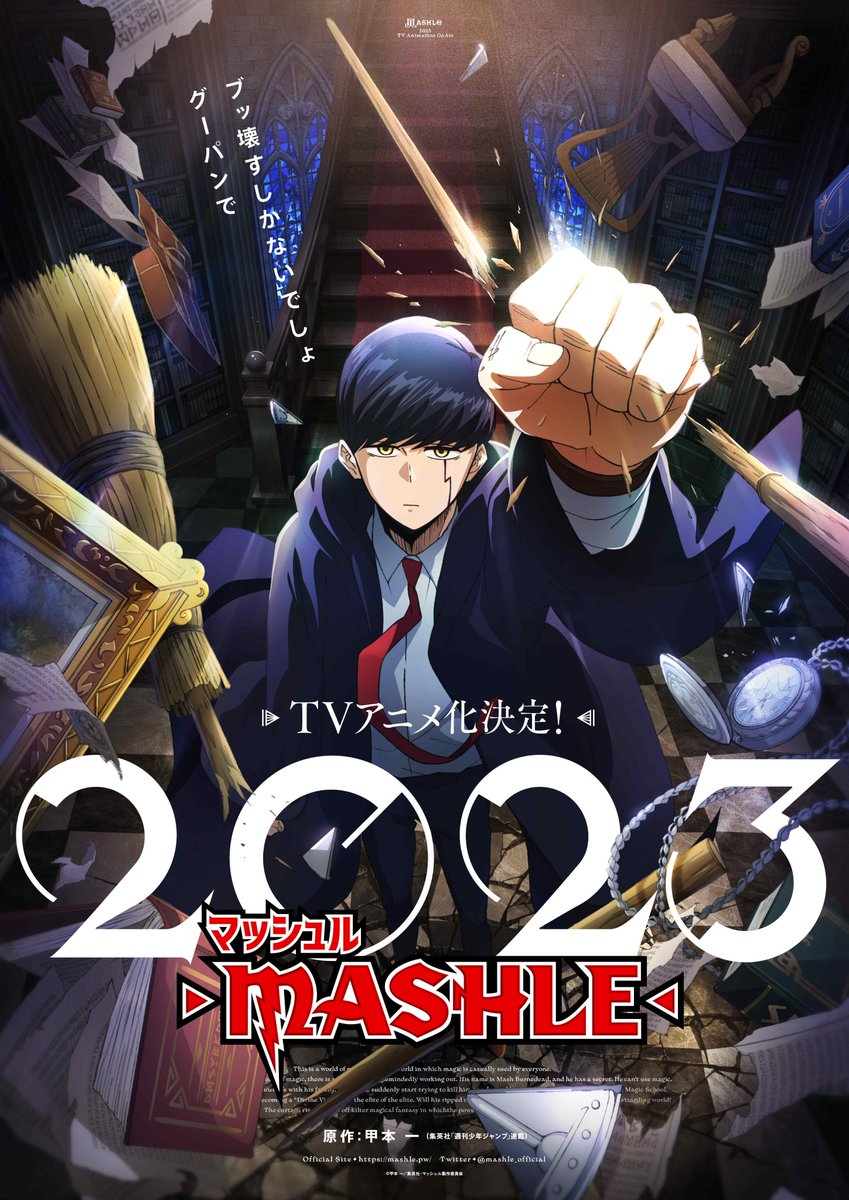 Sharing the series’ first trailer to the Twitter account, Aniplex of America confirmed that they would be producing the series, but noted that they are currently keeping details regarding the assigned animation studio under wraps.

The trailer kicks off with a little bit of a background on the series’ setting, explaining that in this realm magic is a normal part of everyday life, before introducing the titular Mashle.

Born into a magical family but lacking any magical prowess himself, Mashle’s birth defies the natural order.

Similar to Asta at the start of Black Clover, since Mashle doesn’t have any magic powers of his own, he instead focuses on increasing the power he does have – his physical strength – to face the obstacles in his path. 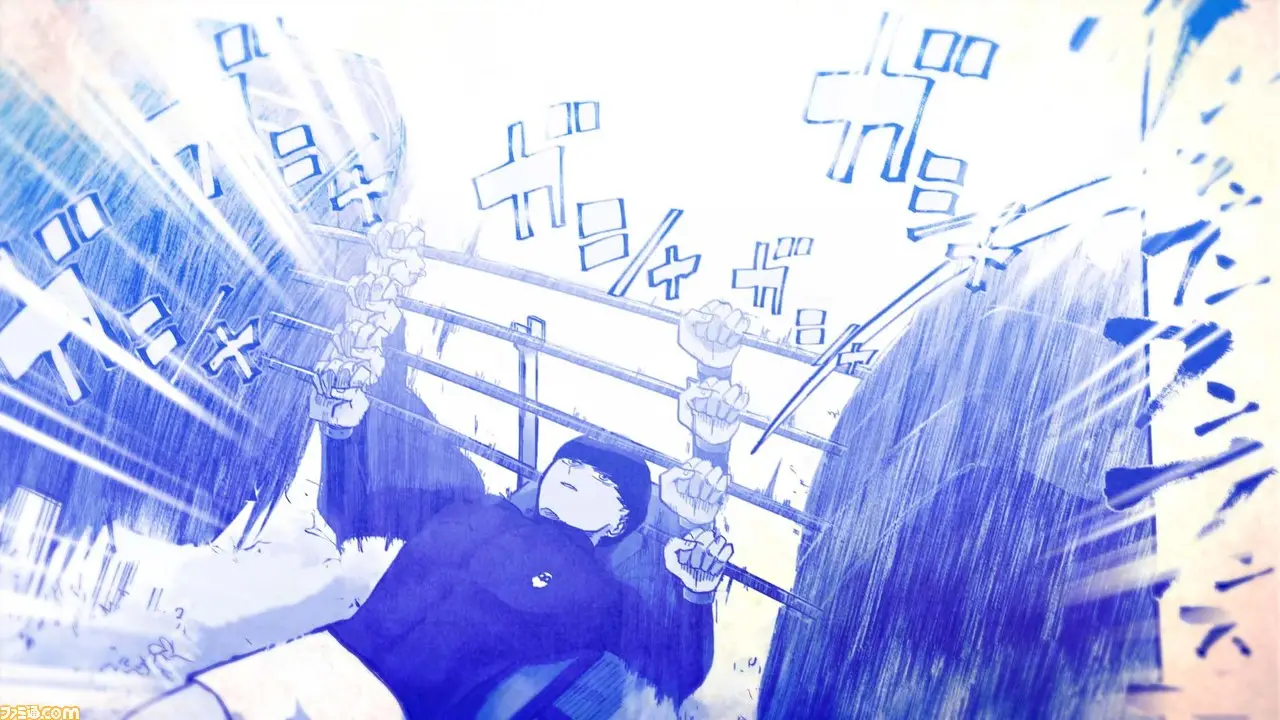 His physical prowess is exemplified in the next scene of the trailer, where faced with a spell sending countless swords raining down in his direction, Mashle uses nothing but a sword and his super strength to bunt the blades away. 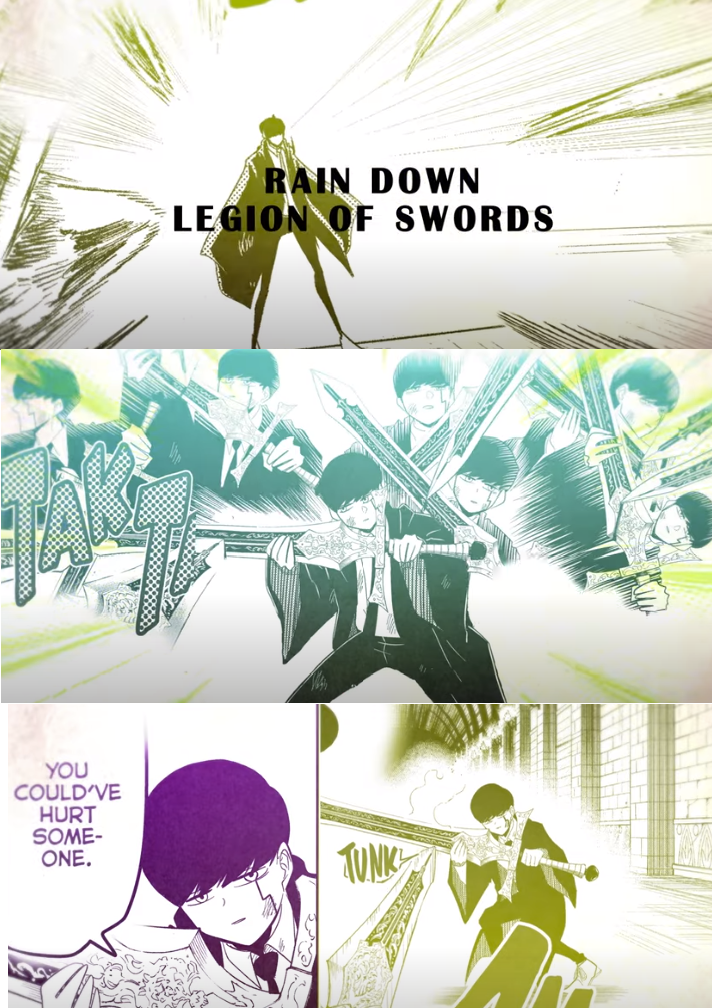 Next we see Mashle utilizing his super strength to light candles the old school way, without the use of magic and instead relying on nothing but his wooden wand a bit of friction. 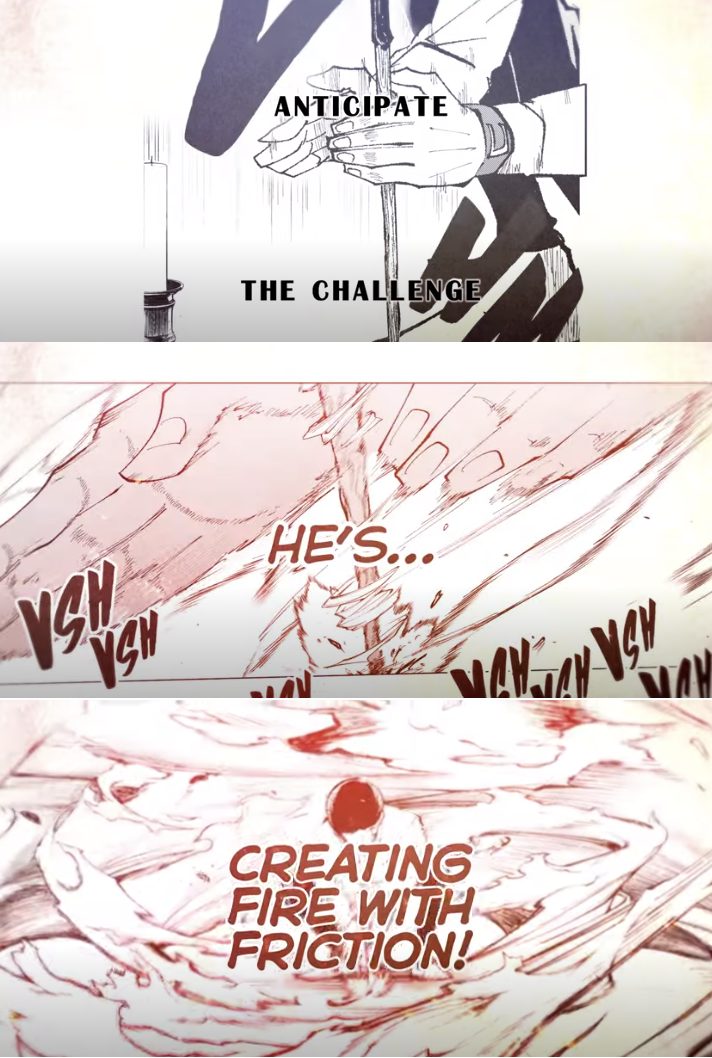 The trailer then concludes with a couple of panels from the Mashle: Muscles and Magic manga, the first being an aggressive and intimidating Mashle saying “Come at me, scumbag.”:

And finally a panel of Mashle eating his favorite snack and providing viewers with the brief PSA, “When you watch anime, make sure the room is bright and you also need some cream puffs.” 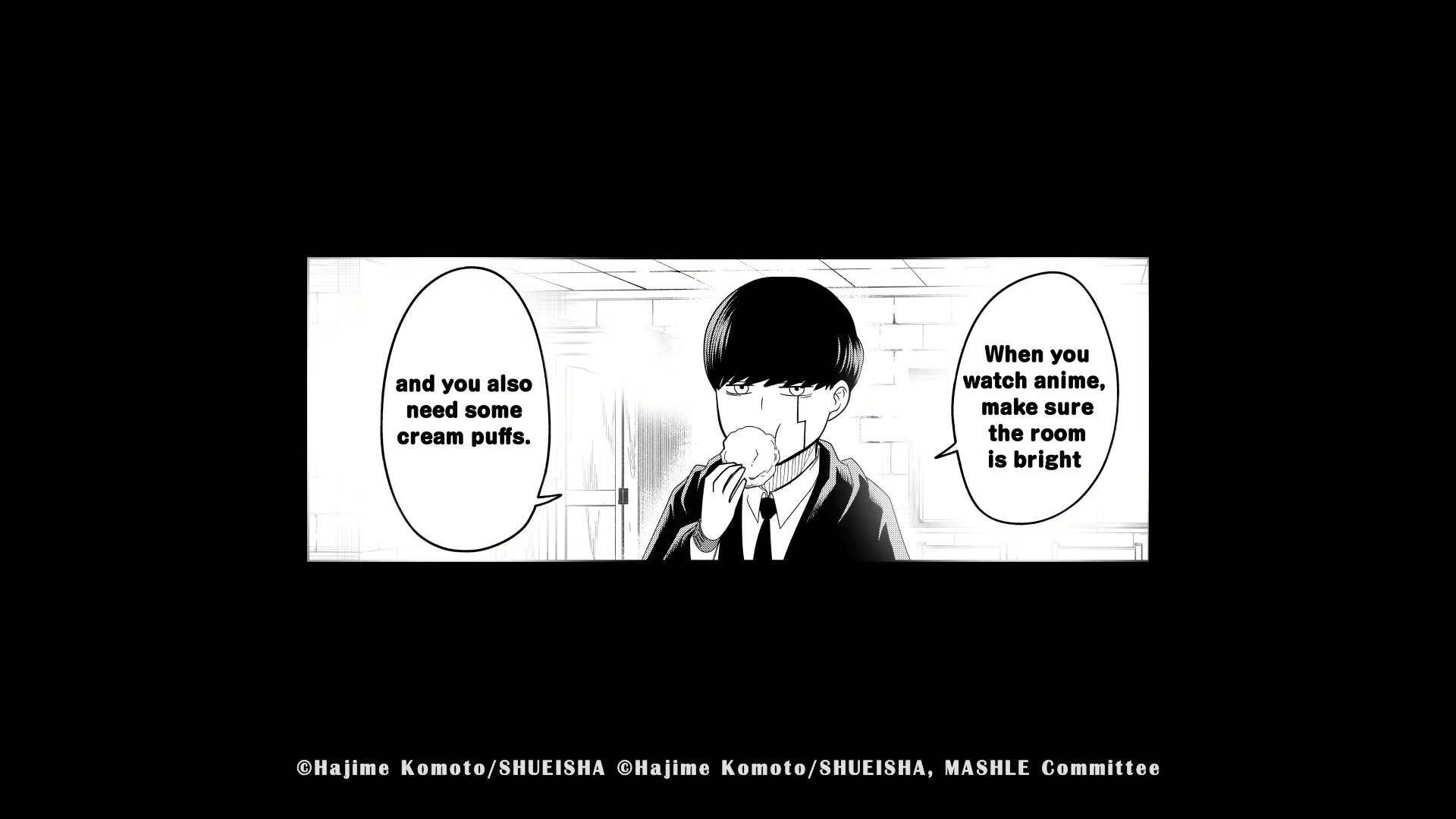 Alongside Aniplex’s release of the trailer, the Jump Comics YouTube Channel released two additional promotional videos, including one advertising the manga:

Are you excited for a complete anime adaptation of Mashle: Magic and Muscles? Which studio do you believe should Aniplex choose to animate this magical and muscular series? Let us know your thoughts in the comments down below and on social media!