The second tokusatsu collaboration between director Shinji Higuchi (Attack on Titan live-action films) and writer Hideaki Anno (Neon Genesis Evangelion) after 2016’s Shin Godzilla, I went into Shin Ultraman with just a vague knowledge of the franchise and ended up walking away from my screening completely in love with the film. 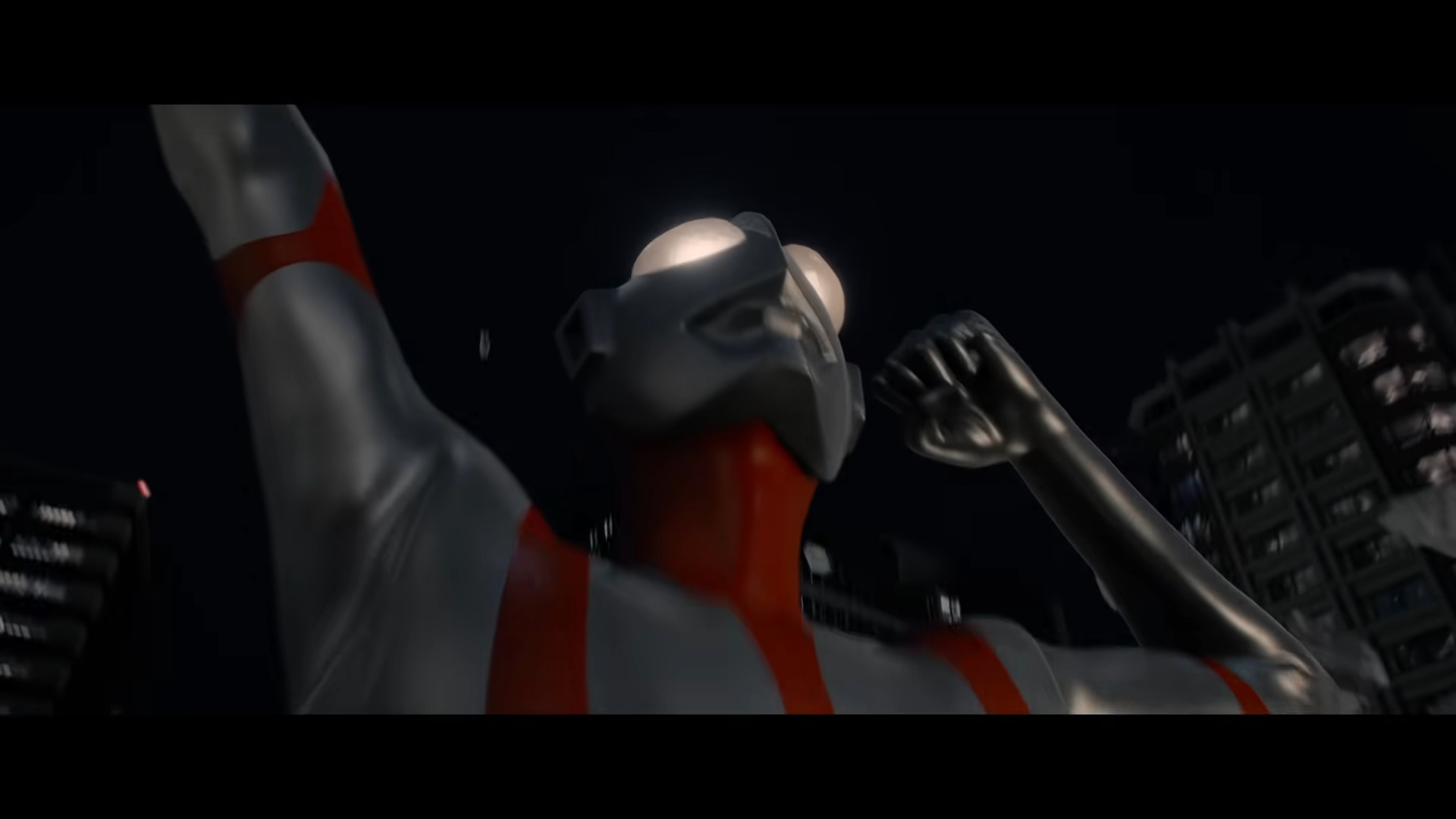 The premise for most tokusatsu productions are fairly similar: Giant monsters come to attack Earth – more often than not Japan –  only to be fought back in practical special effects-heavy battles by some sort of ‘suited’ hero, such as Godzilla, Kamen Rider, the Rangers (Power or Sentai, dealer’s choice), and of course, Ultraman.

In this vein, Shin Ultraman primarily focuses on the efforts of Japanese government organization S-Class Species Suppression Protocol (SSSP) to protect the country from a number of growing kaiju attacks.

Though the SSSP begin the film by absolute wiping the floor with about five monsters, they’re soon faced with an enemy named Gabora, a drill-type kaiju who poses an extra threat to humanity due to being radioactive. 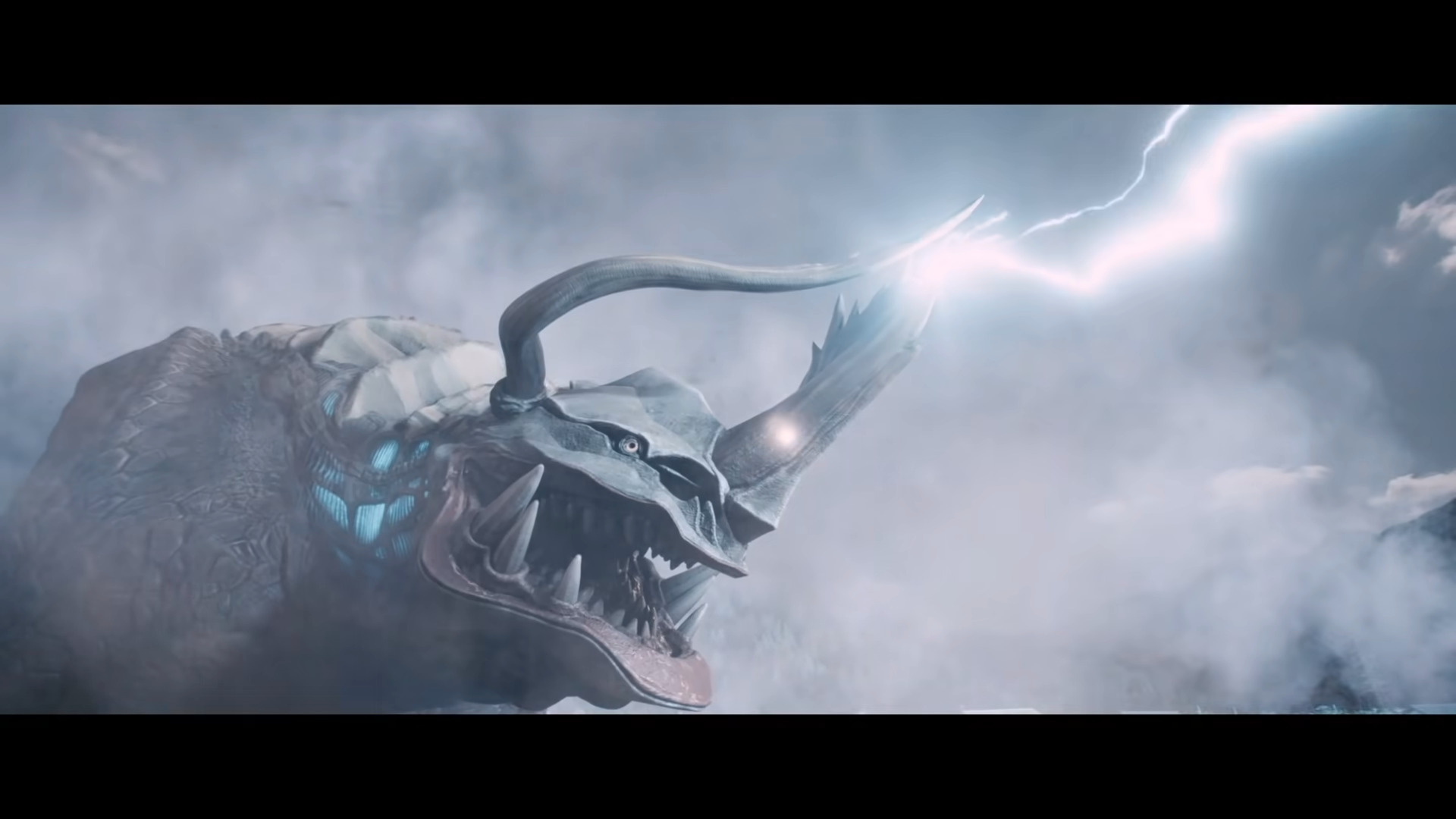 Luckily, that’s when Ultraman shows up to save the day.

Eventually, Ultraman’s true identity is made public, and from there the film explores Japan’s reaction to this discovery, the consequences both good and bad of extraterrestrial life residing among humanity, and what the world would look like without their red-and-silver savior (in a good way; think Gotham’s ‘white knight’ concept from The Dark Knight). 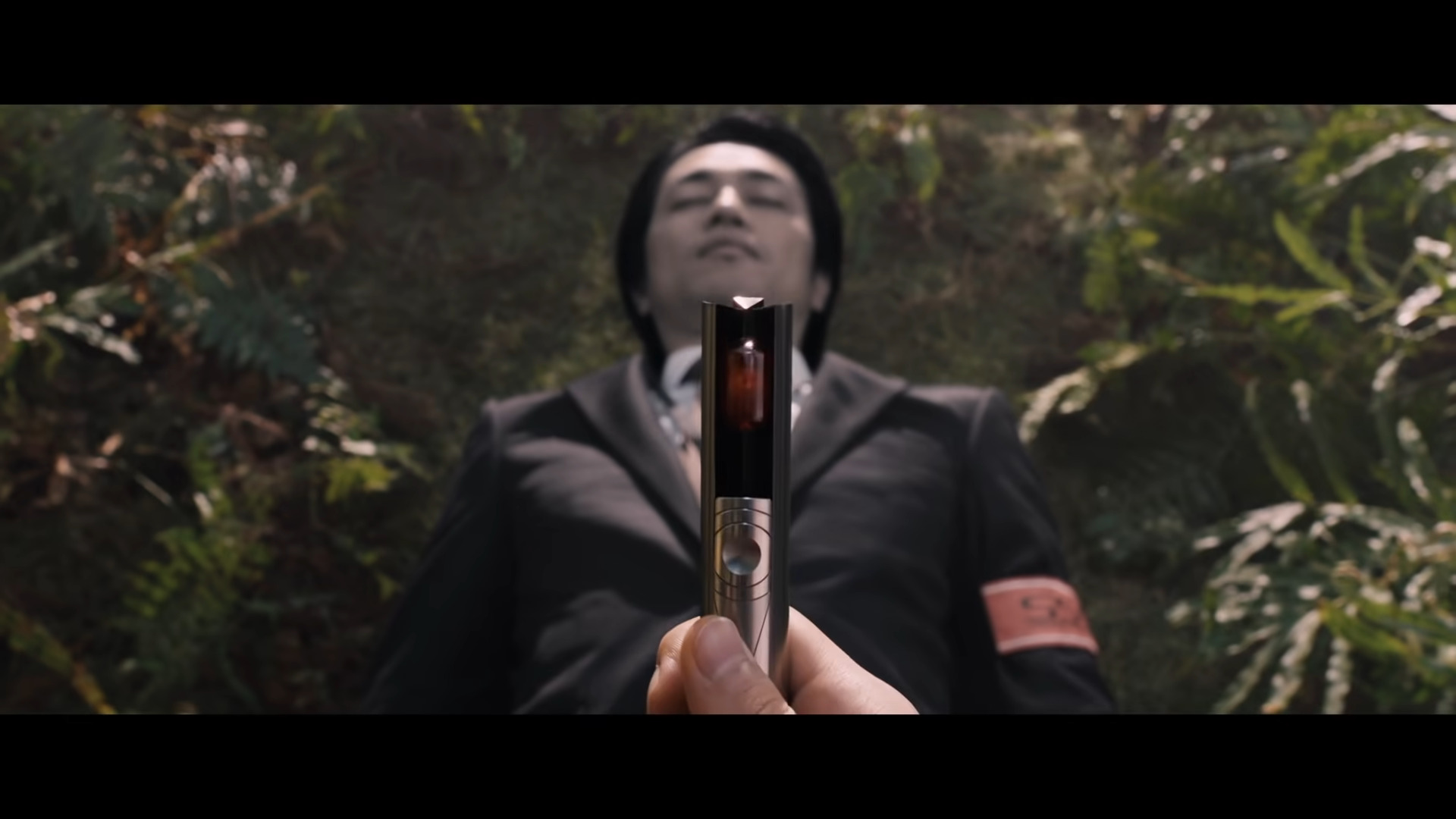 However, while having some familiarity with the franchise is a plus, it’s not required before seeing the film. Thankfully for newcomers, Shin Ultraman mostly lays out everything viewers need to know about the setting. 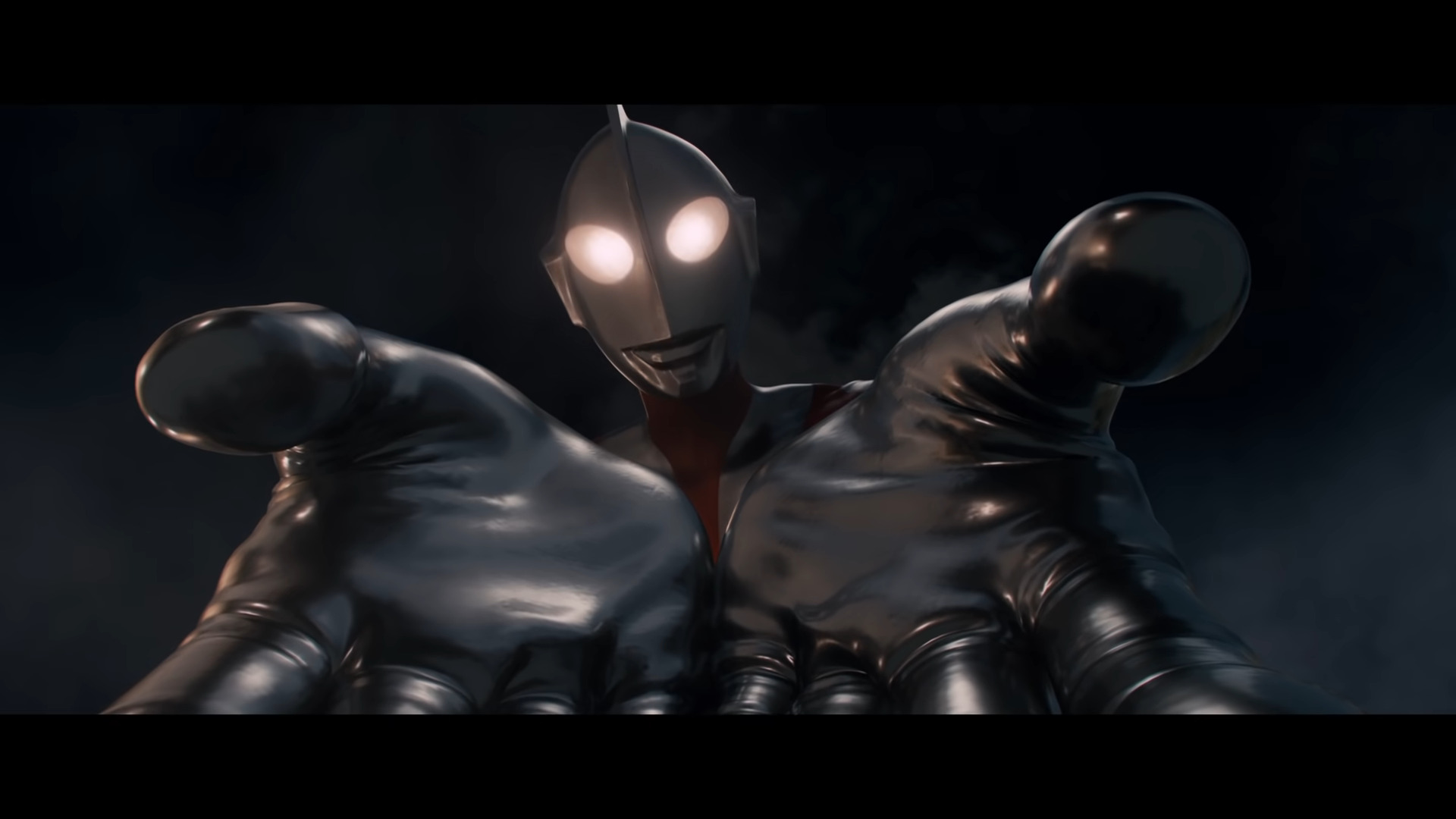 When seeing a kaiju film, one generally knows what they’re getting into – namely, a bunch of wrestling around in cityscapes by actors in rubber suits, or at least CGI renderings made to look that way.

Shin Ultraman capitalizes on the latter concept, as while the titular Giant Humanoid Lifeform and his enemies are all computer-animated, that sort of ‘grappling ambiance’ is still present during all of their battles (so much so that if I were to chance a guess, I’d say their motions were produced via motion-capture). 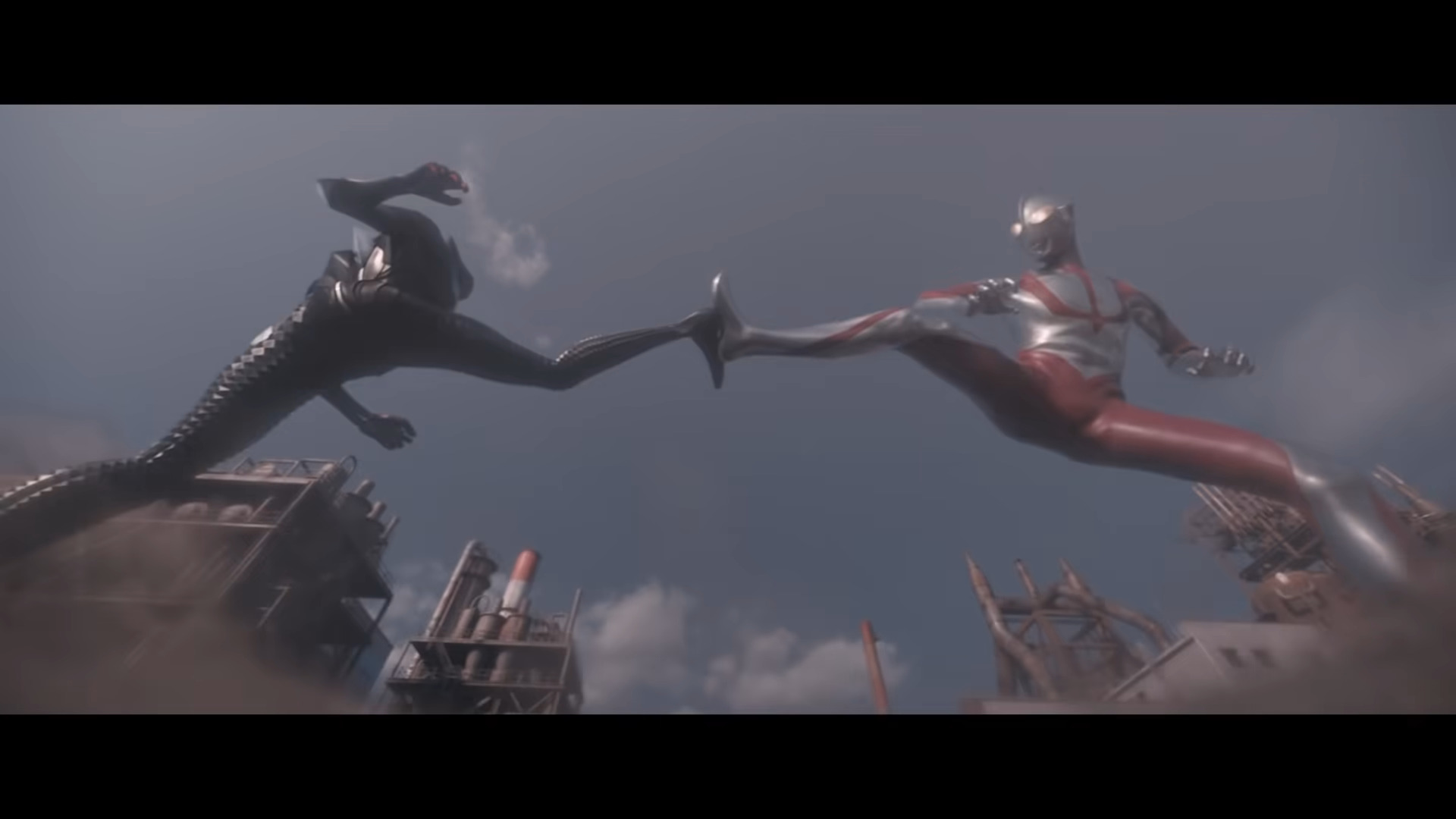 To this end, Osamu Ichikawa and Keizo Suzuki’s cinematography is incredibly dynamic and eye-catching.

The sense of perspective they give to the film’s action sequences feels like direct homage to the EVAs battling the Angels in Neon Genesis Evangelion, with elongated limbs punching monsters that seem to stretch on for days. 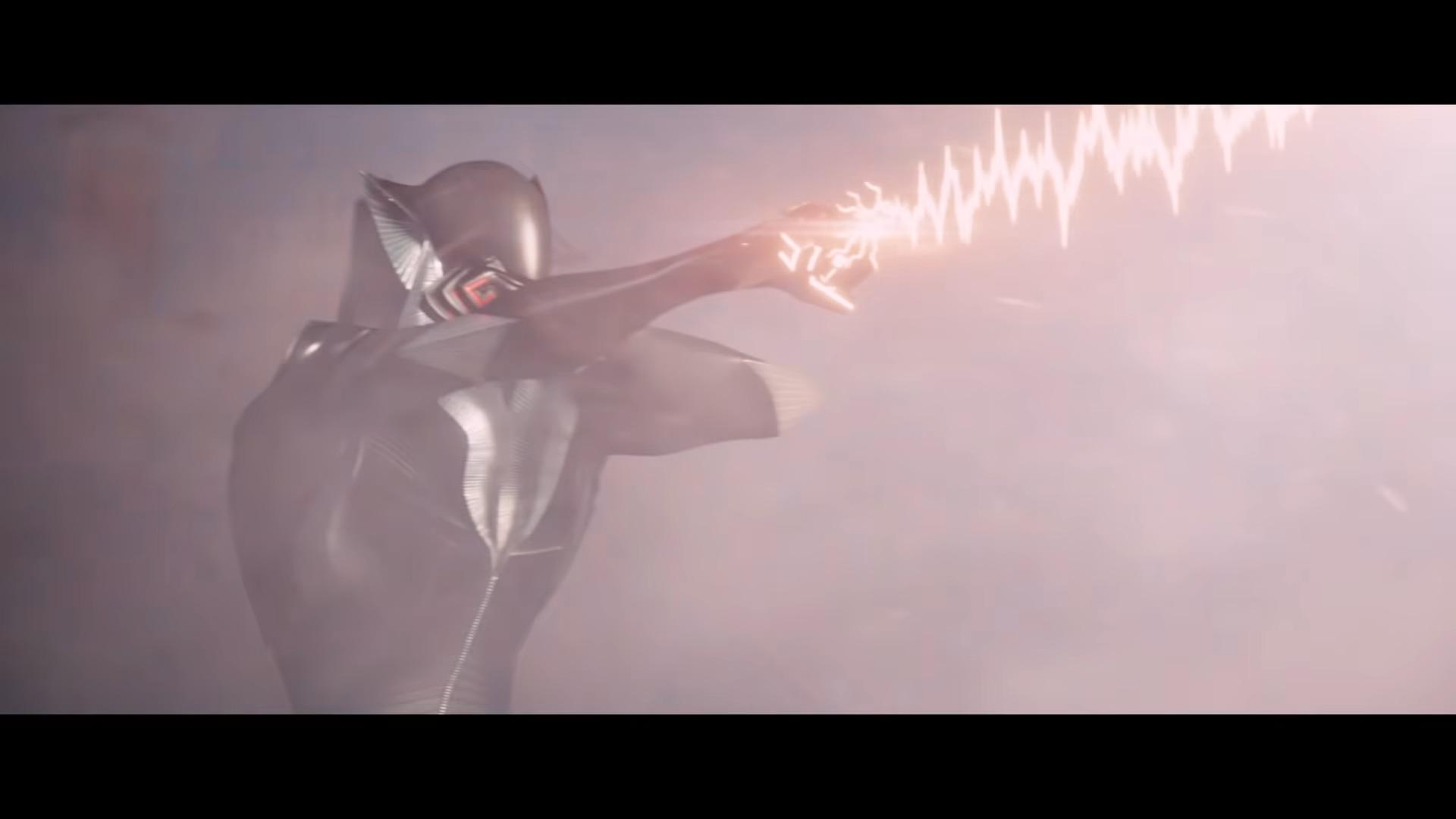 Further, their energetic camera placement during such clashes makes the audience regularly feel as if Ultraman and his opponent are towering directly above you.

Despite being in a theater seat, you’ll feel like you’re on the frontlines of the SSSP’s battle for Earth experiencing first-hand Ultraman’s Ultra Beam, the crumbling of skyscrapers, and the subsequent explosions of debris. 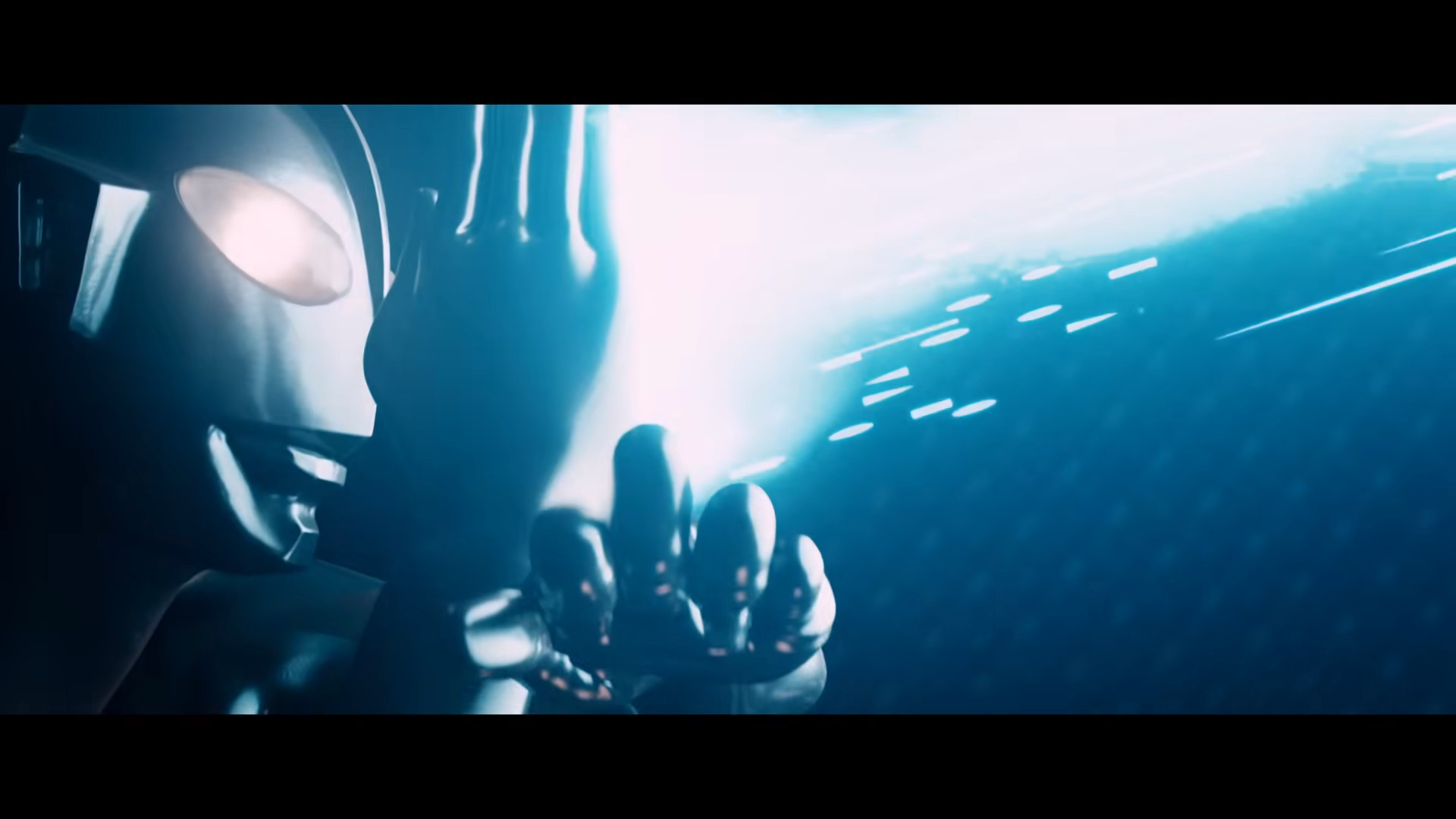 Shin Ultraman also includes a ton of humor that not only actually lands, but is genuinely laugh-out-loud funny.

Such jokes include the film poking fun the fact that giant monster attacks only seem to occur in Japan, a crazy amount of butt-lapping, and constant complaints regarding a lack of showers thanks to all of the kaiju carnage. 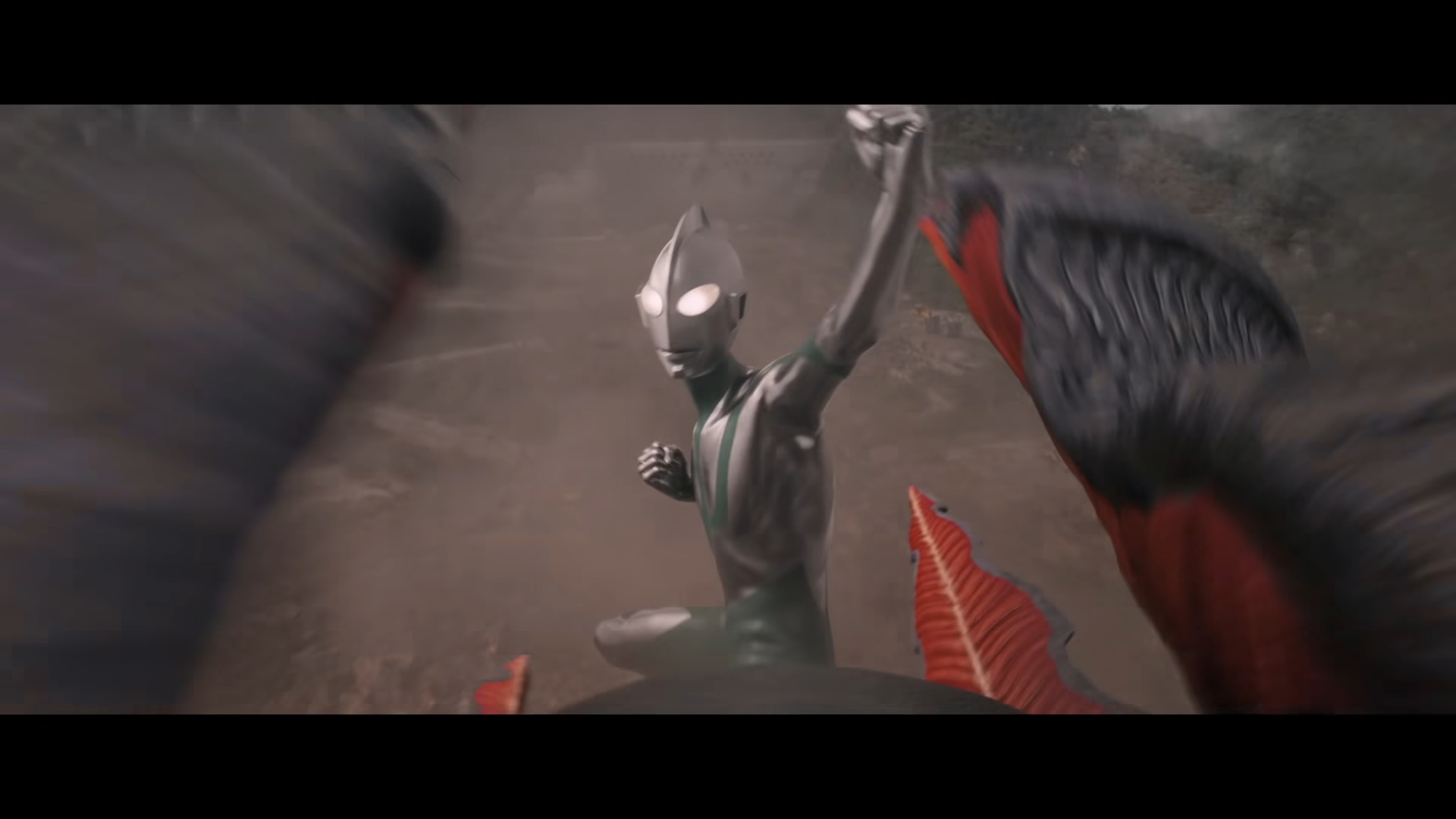 The film’s biggest flaw – and this will probably only apply to audiences who don’t speak Japanese – is that everyone in the film speaks so incredibly fast that, at times, it’s difficult to simultaneously read their dialogue and process what’s occurring on screen.

It’s an issue that is also present in Shin Godzilla, so it’s not surprising that it followed Higuchi and Anno’s over to their follow-up. 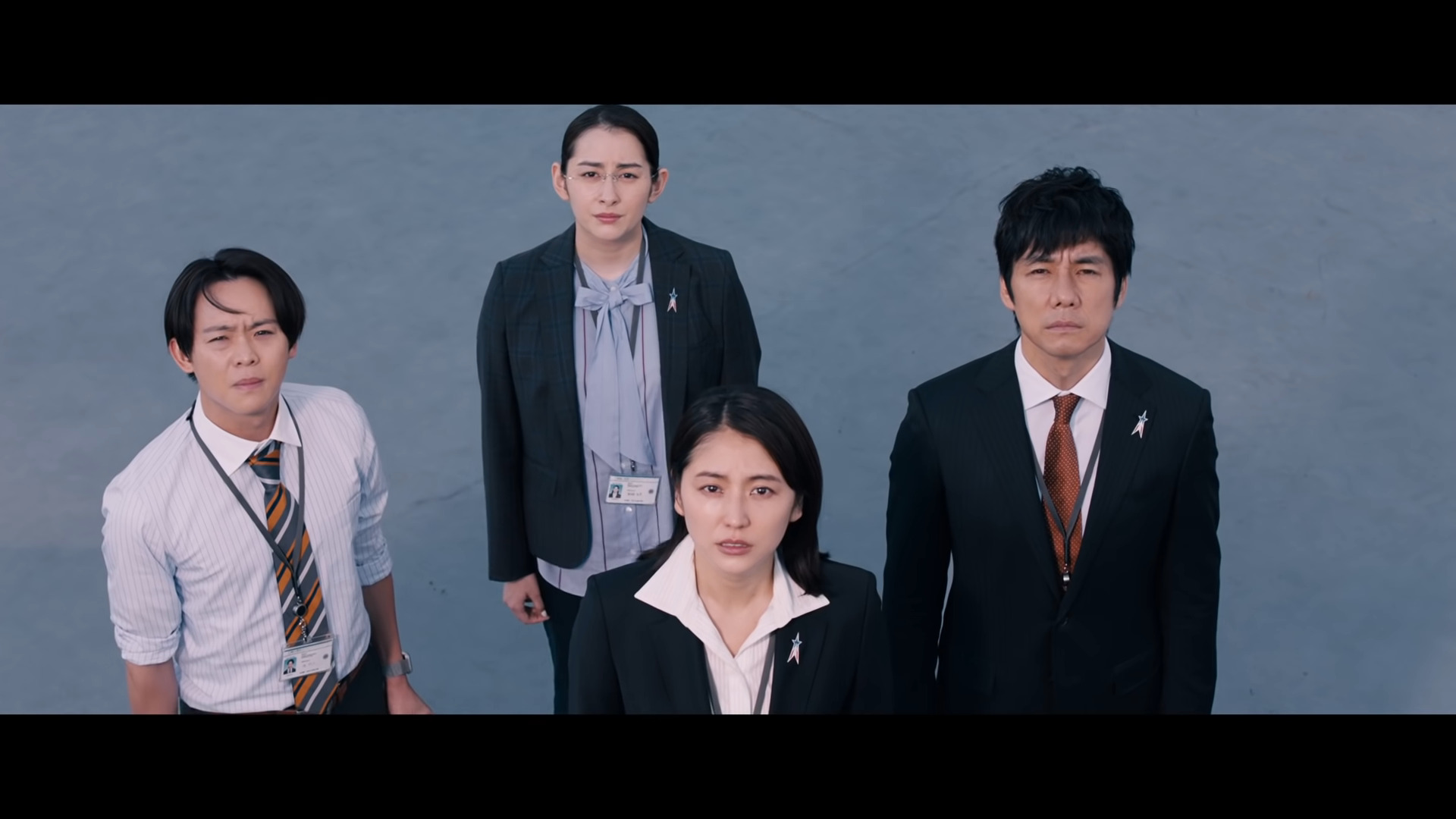 At the end of the day, what makes Shin Ultraman so special is that while its music, editing, and cinematography feel similar to what you get with Shin Godzilla, everything else is totally different.

Loaded with with silly humor, monster-fighting action, scrambling human dialogue, and various plans of retaliation being laid out by the SSSP against their foes , Shin Ultraman is the most evenly-balanced kaiju film to date. 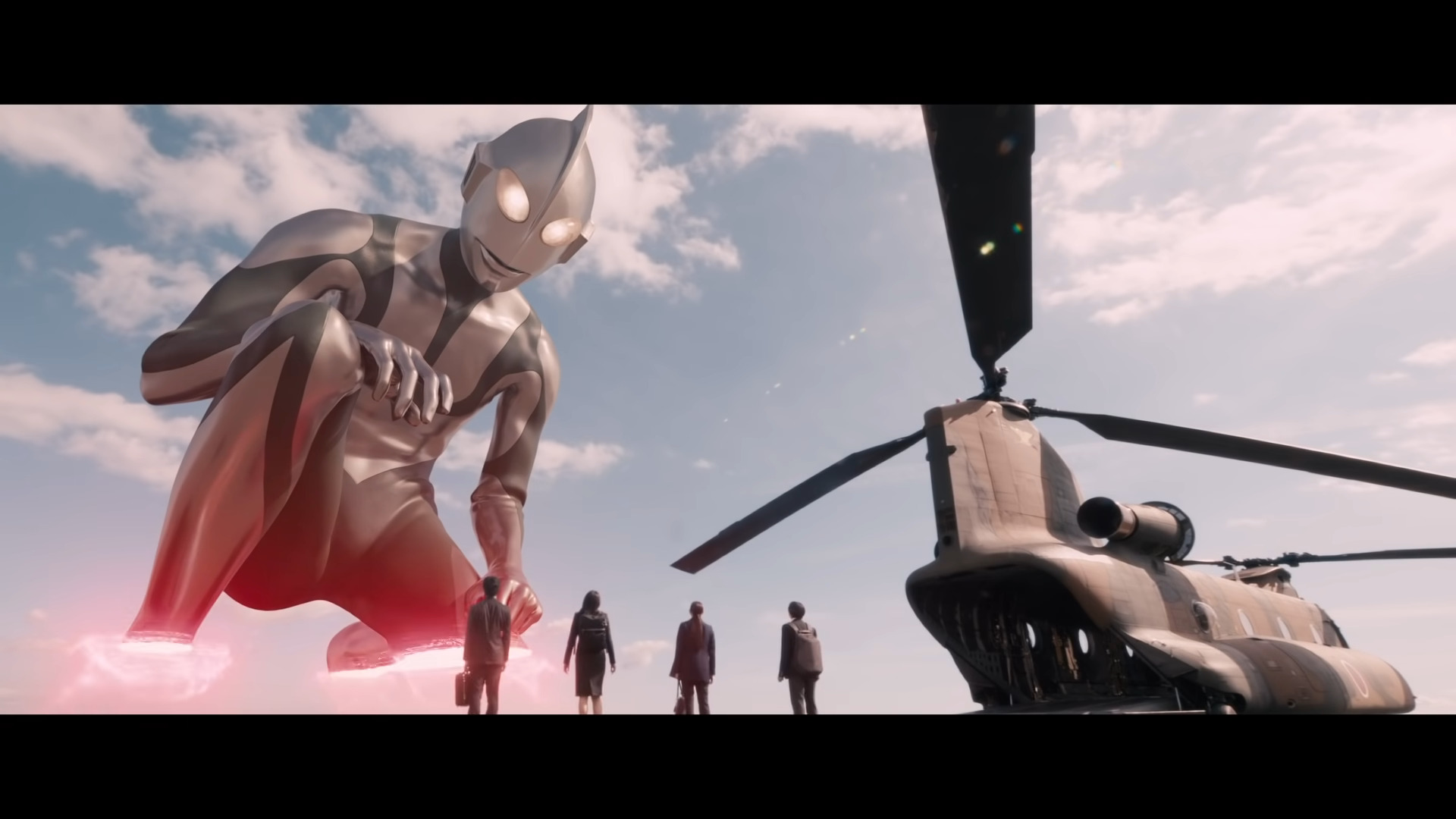