Netflix’s animated The Addams Family star Chloë Grace Moretz has revealed that her being the subject of a meme comparing her body to that of an awkwardly-proportioned Family Guy character made her “super self-conscious” about her physical appearance. 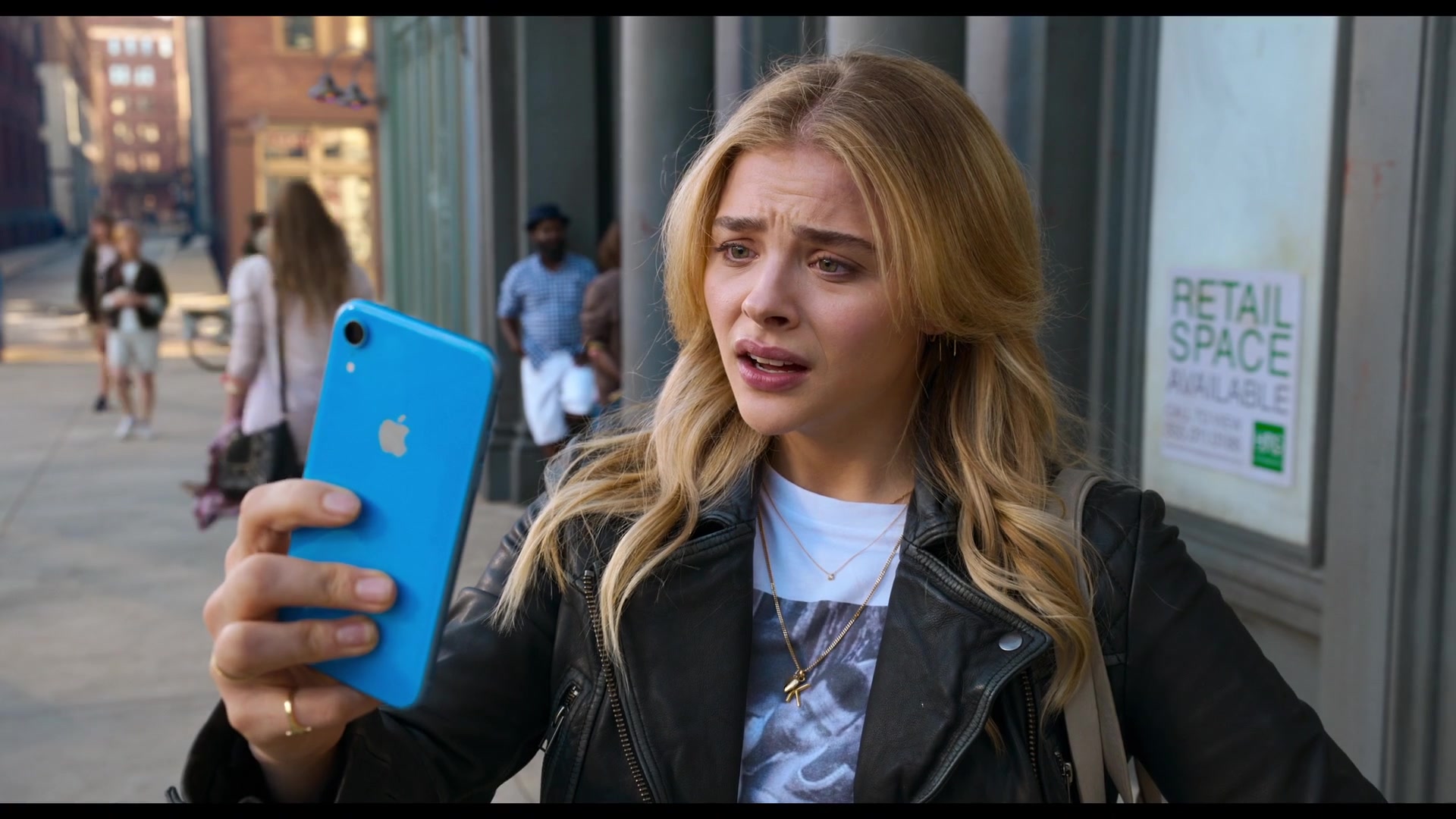 First making the rounds on social media following the 2016 publication of the featured photo of Moretz, the meme in question – as shared below by the social media account for the Lipstick Alley forum – compares a manipulated version of a ‘leggy’ paparazzi photo of the actress returning home to her New York City apartment with a box of pizza leftovers taken in May 2016 to the image of ‘Legs-Go-All-The-Way-Up’ Griffin. 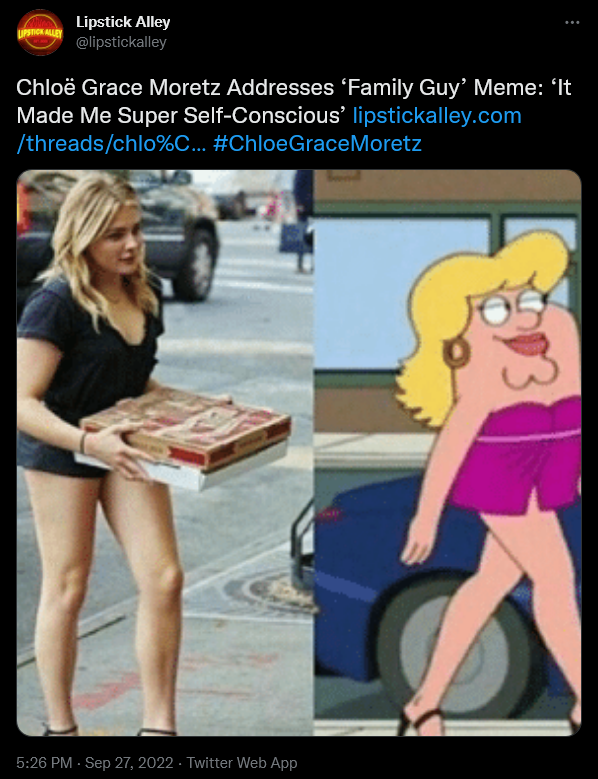 A one-off Family Guy gag character who appears in the Season 10 episode Amish Boy, the distant relative of the series’ lead family got her nickname over the fact that though she appeared to be a long-legged bombshell while clothed, her body was composed of just a head, arms, and legs.

However, while the internet had a laugh at the edited image, Moretz says that it caused her a fair bit of distress.

“For a long time I was able to be the Chloë that people see and the Chloë that I am in private,” she told British culture and fashion magazine Hunger during a recent interview, recalling how she felt when she first became aware of the attention being paid to her as a celebrity. “Then those two worlds collided and I felt really raw and vulnerable and open. And then came the onslaught of horrific memes that started getting sent to me about my body.”

“I’ve actually never really talked about this, but there was one meme that really affected me, of me walking into a hotel with a pizza box in my hand,” said the latest actress to voice an animated incarnation of Wednesday Addams. “And this photo got manipulated into a character from Family Guy with the long legs and the short torso, and it was one of the most widespread memes at the time.”

“Everyone was making fun of my body and I brought it up with someone and they were like, ‘Oh, shut the f–k up, it’s funny,’” she explained. “And I just remember sitting there and thinking, my body is being used as a joke and it’s something that I can’t change about who I am, and it is being posted all over Instagram.” 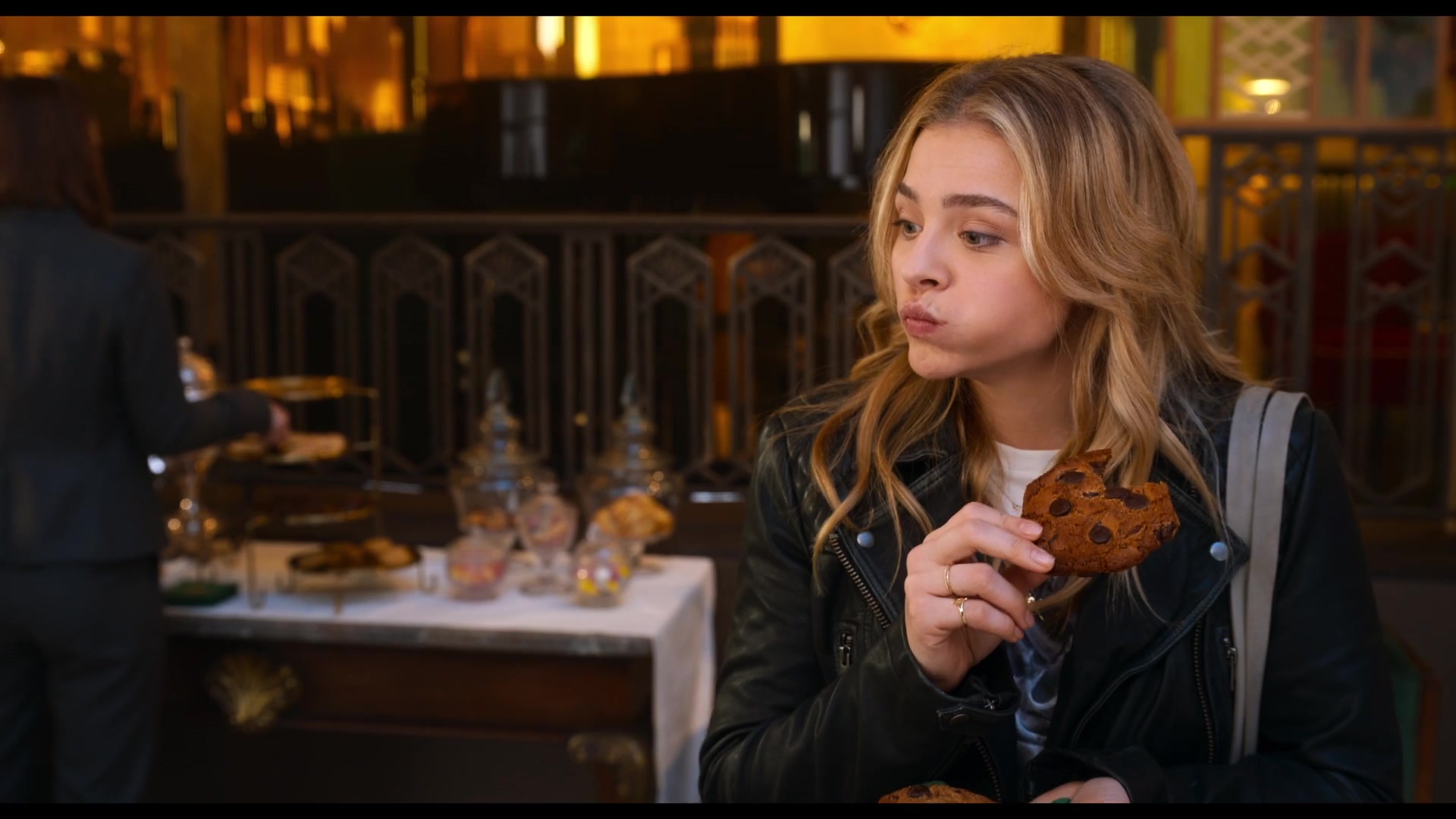 “It was something so benign as walking into a hotel with leftovers,” added Moretz. “And to this day, when I see that meme, it’s something very hard for me to overcome.”

In light of the meme’s popularity and spread, the actress continued, “After that, I was kind of sad.”

“It took a layer of something that I used to enjoy, which was getting dressed up and going to a carpet and taking a photo, and made me super self-conscious,” she detailed. “And I think that body dysmorphia – which we all deal with in this world – is extrapolated by the issues of social media. It’s a headf–k.” 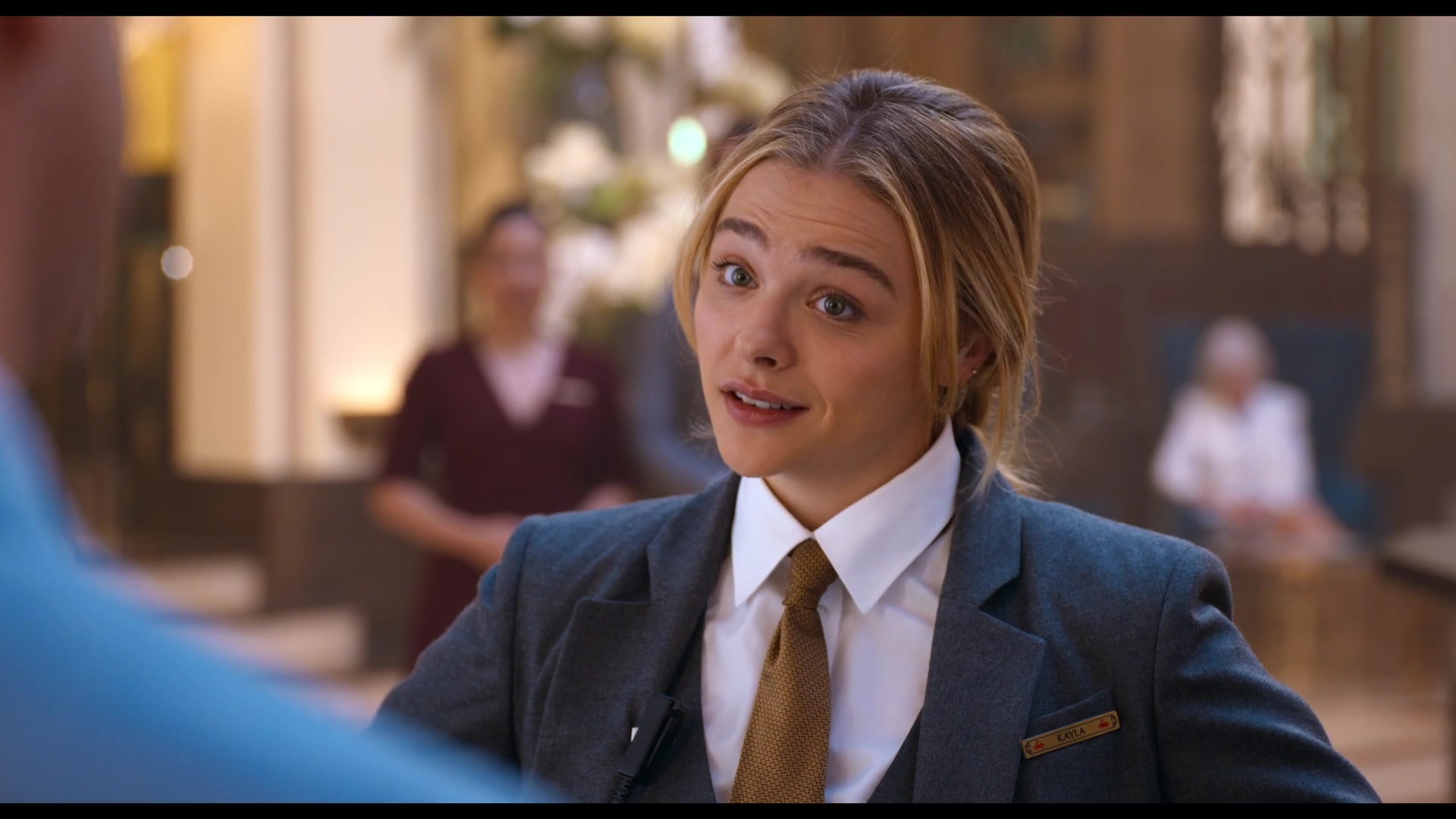 “It was great because I got away from the photographers and I was able to be myself, and to have so many experiences that people didn’t photograph, but at the same time it made me severely anxious when I was photographed,” said the Kick-Ass star. “My heart rate would rise and I would hyperventilate.”

To this end, she admitted, the masking requirements of the COVID-19 pandemic provided her a brief respite from these pressures.

“It definitely aided that experience for me,” concluded the actress. “I just put a hat on, put a mask on and then put my hood up and would be able to get away with a lot more, like go to a concert or bite my lip or have undocumented pimples.” 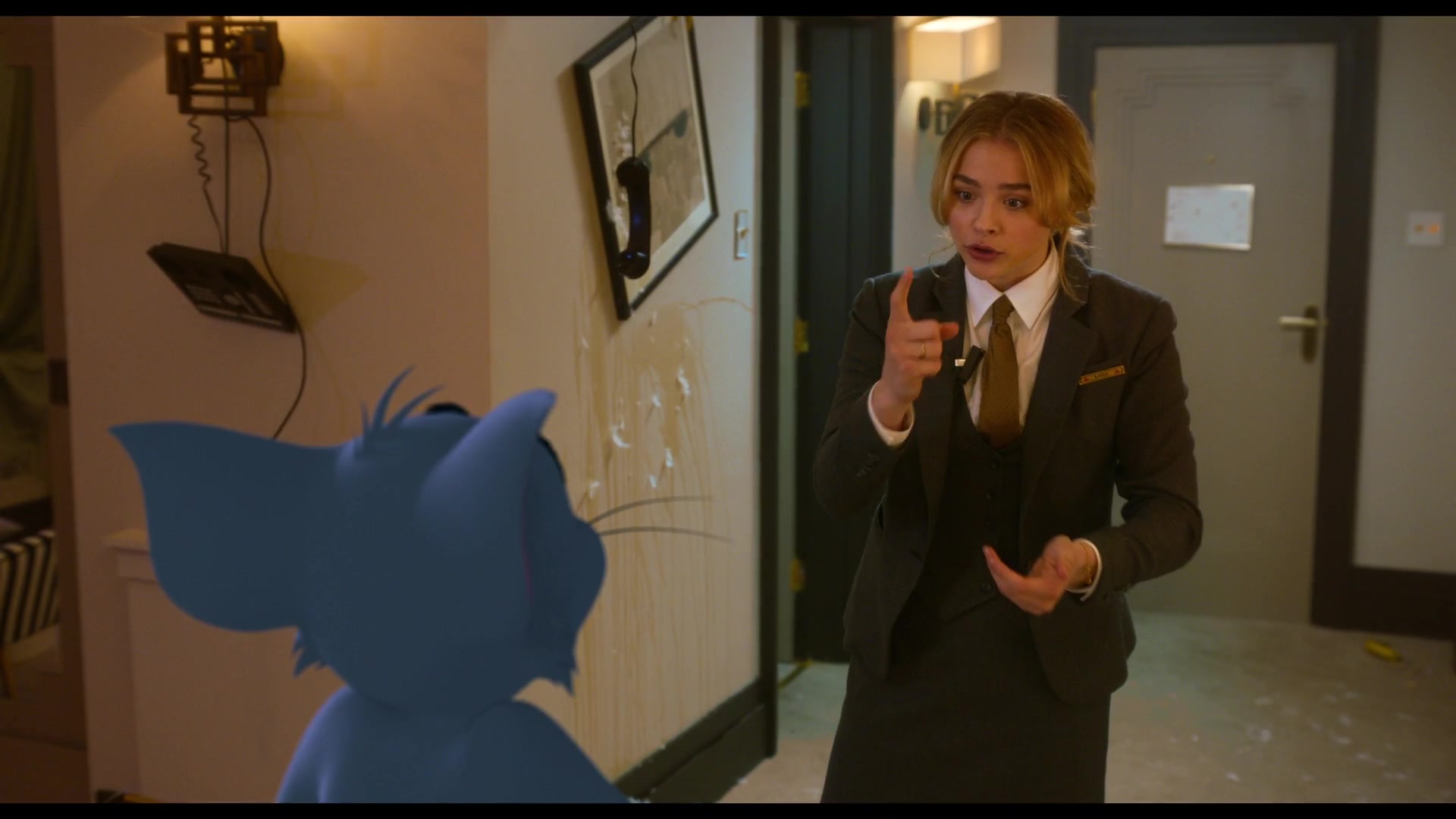