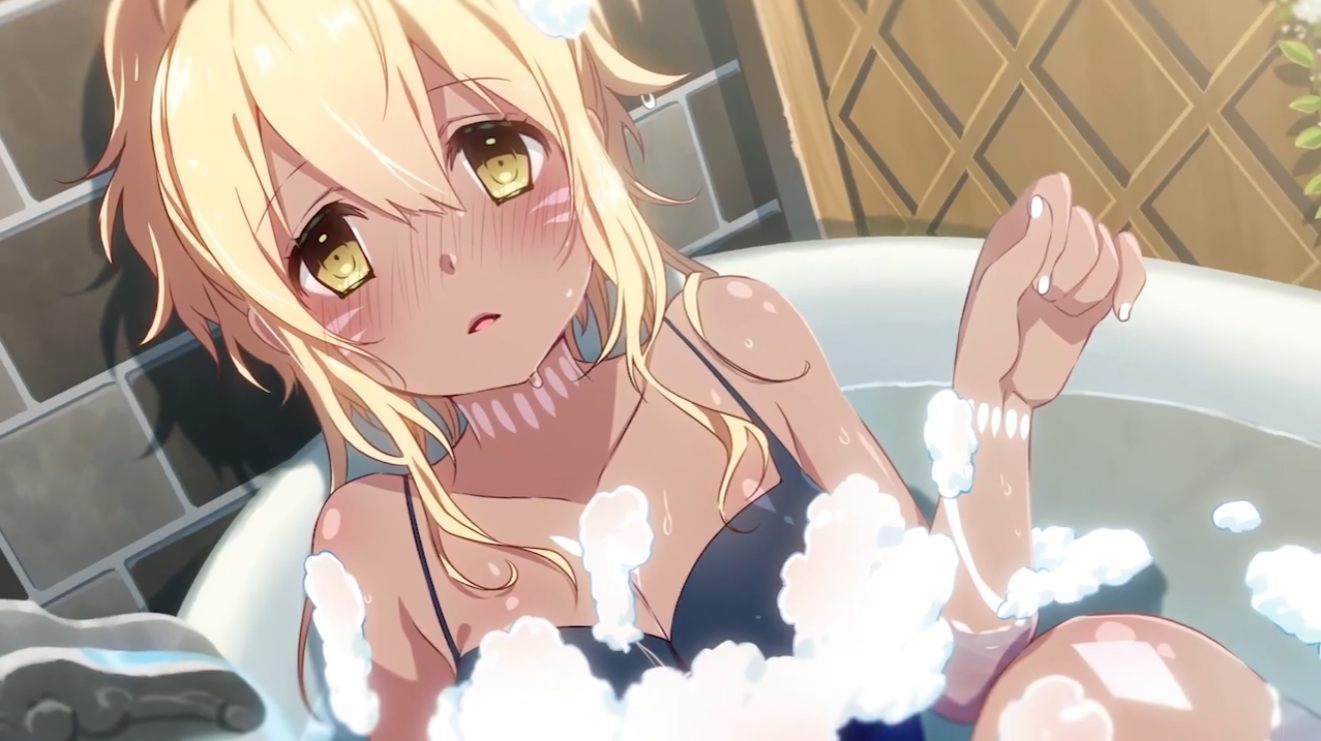 Initially tweeting “Today we have good and bad news,” they later elaborated “So, the bad news first: We received an answer from Nintendo and now we have a confirmation that they do not allow uncensored boobs on their consoles now.” 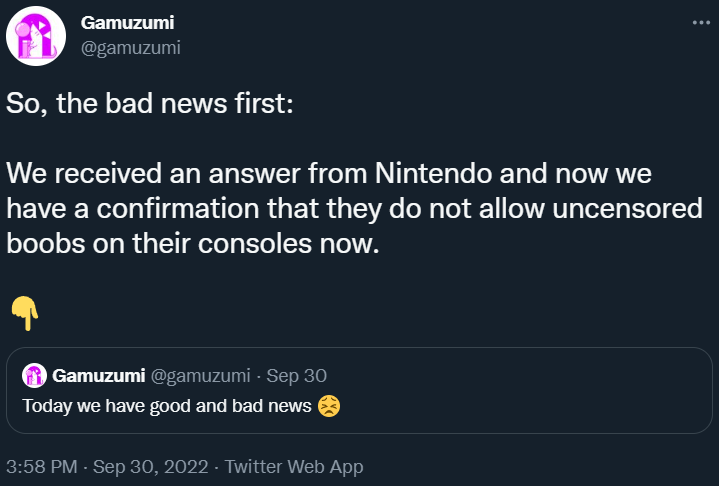 “Basically, obscene content could damage the brand and infringe its policies. This means that now all games with boobs nudity should be censored and that’s why our game (Hot Tentacles Shoot) was rejected in the first place,” Gamuzumi assert.

“It’s a shame that now, all consoles have restrictions about nudity content, this probably will affect not only our games but also games from other publishers/devs,” Gamzumi propose, “at least, we still can release the games censored.”

“BUT, we still have platforms like Steam, @nutakugames, and more where we can release the game fully uncensored for everyone!” Gamzumi proudly boast.

PlayStation’s infamous “global standards” policy was uncovered in 2018, forcing censorship of sexual content upon Japanese developers, yet the policy was lifted for western-made games such as The Last Of Us Part II. Combined with Xbox not typically having less Japanese developed games, the Nintendo Switch has been seen as a safe haven for fans of anime-style games outside of PC.

The Nintendo Switch does host over 1400 M for Mature rated games. Aside from horror and violence, there are some surprisingly fan-service heavy titles, considering Nintendo’s reputation as the most “family friendly” out of the console gaming’s “Big Three.” 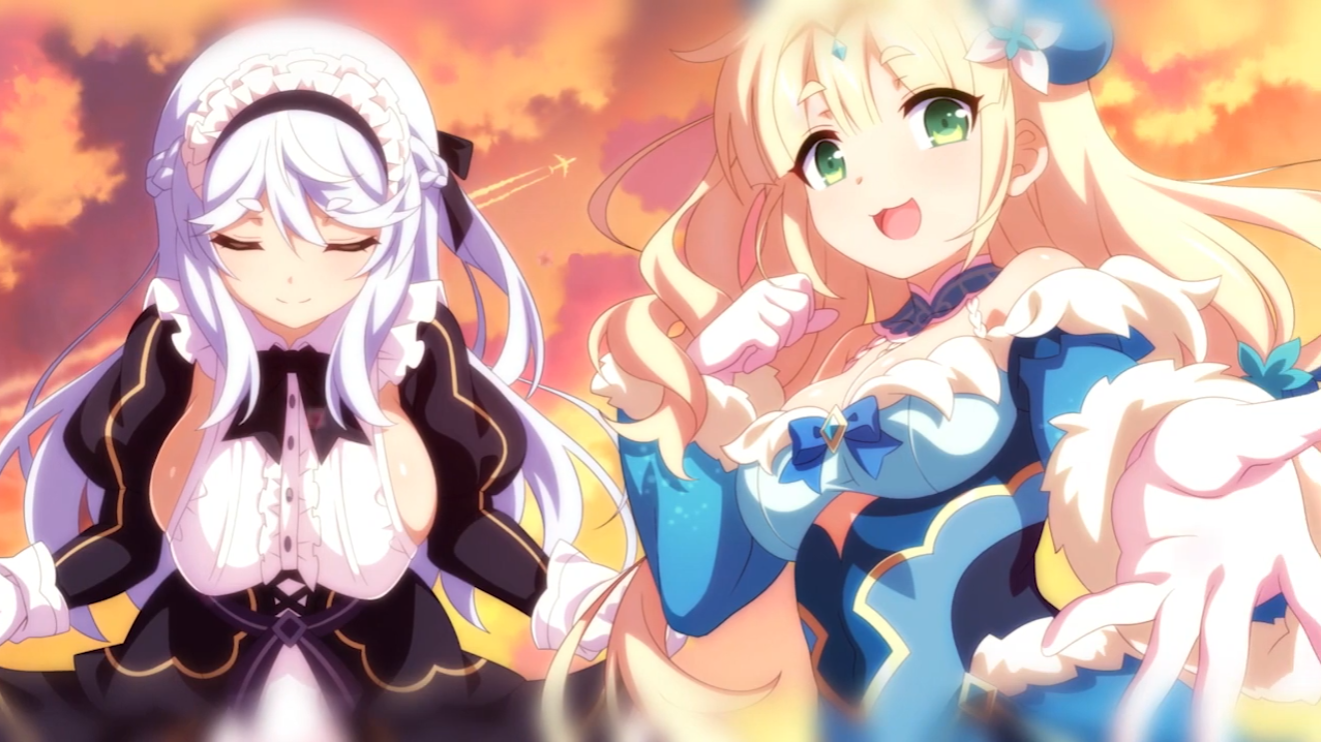 These aren’t just low-budget titles using smut to achieve sales either. Seven Pirates H, some entries in the Senran Kagura series, and Omega Labyrinth Life all bring real gameplay with a side of fan-service. In fact, Omega Labyrinth Life was renamed and censored on PlayStation.

Even so, Gamuzumi may be undone if they hope to rely on Steam. Despite stating they would “allow everything” and adding an adult games category, there has been a spate of games with anime art-styles being denied release, or removed from Steam. The unofficial “Steam Banned and Removed Games List” Google Doc lists almost 130 delisted games, over 600 unreleased, and over 800 removed after launch. 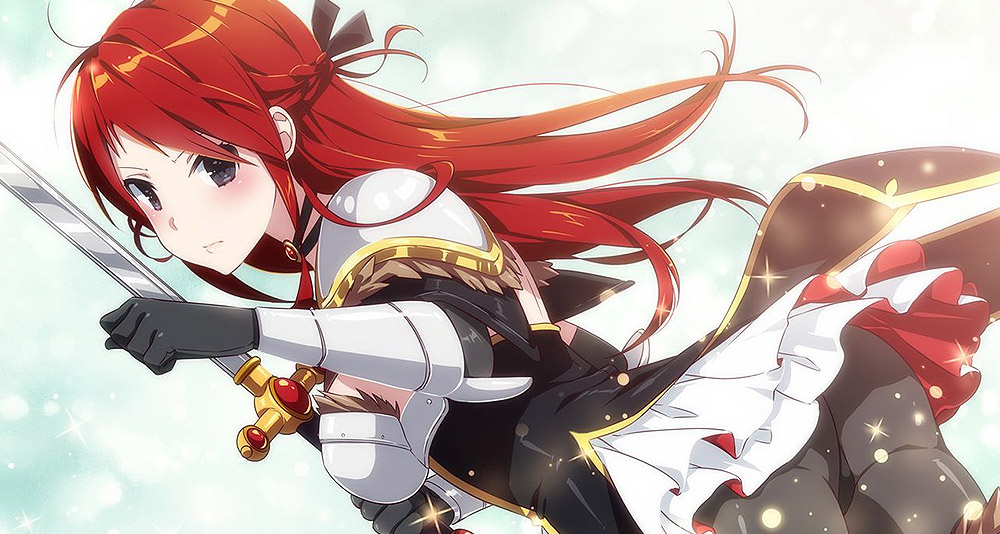 As for Nintendo, all we know of the supposed guidelines is a ban on bare breasts. As such, only more questions arise. Does context matter? What of existing games being sold on Nintendo Switch? What is considered explicit beyond bare nudity? Either way, this smacks of the stance Nintendo took in the 1990s regarding censorship of violence and gore in its games and ports. The company eventually caved due to lost sales.

NEXT: Spike Chunsoft Cancels ‘Chaos;Head NoAH’ Steam Release, Believes The Platform’s Guidelines Would Not Allow The Game To Live Up To Its Standards