Atlus’ Dungeon Travelers 2 has allegedly been denied a platform on Steam, leaving the RPG as yet another addition to the list of almost 1600 games and DLC that have been banned from the service. 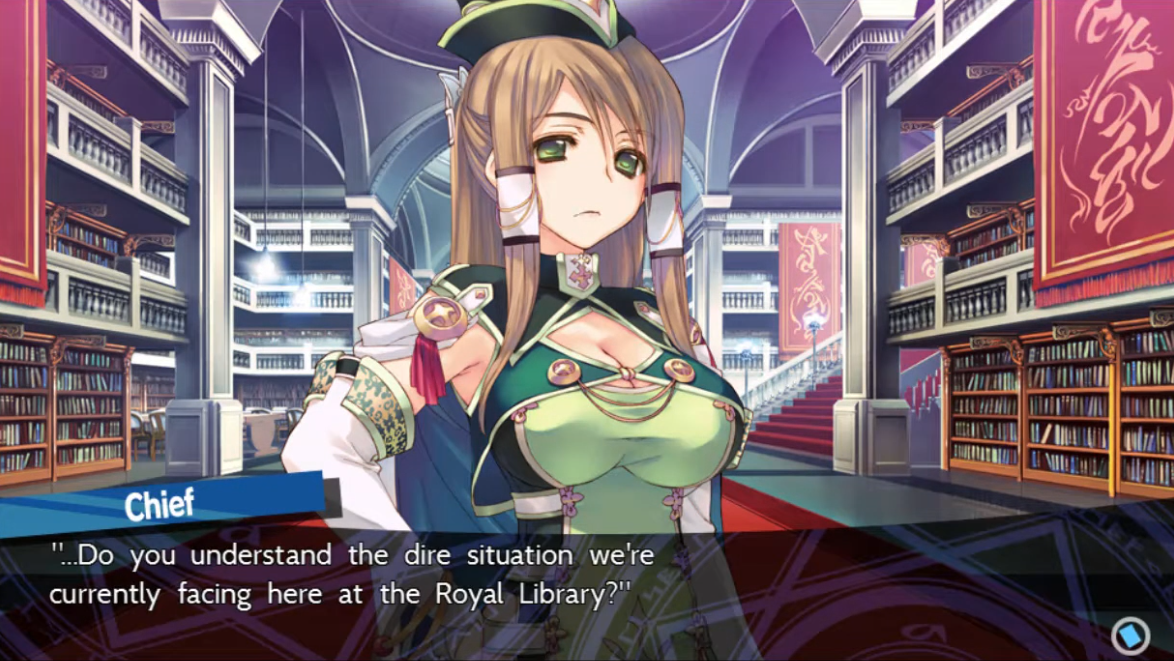 First noticed on June 19th by users on Reddit and later brought to widespread attention on Twitter by user @KaroshiMyriad the next day, Dungeon Travelers 2’s ban was uncovered via third-party website Steam DB, whose automatic monitoring of Steam’s own servers discovered that the service was now “missing the access token” for To Heart 2.

In other words, the game’s listing could not be accessed by the site because it no longer existed.

“To Heart 2: Dungeon Travelers 2 underwent a review process to be released on Steam but was banned on June 14,” reported @KaroshiMyriad. 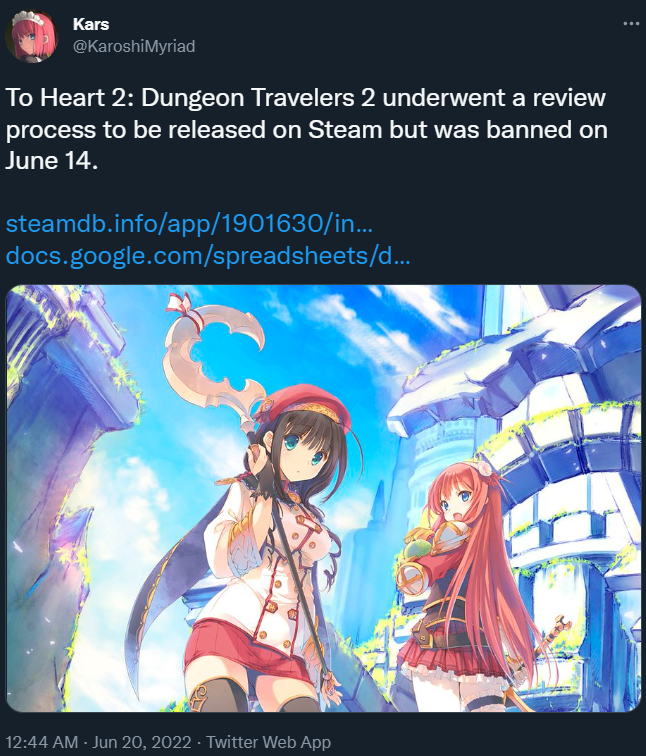 Developed by visual novel studio Leaf for the PlayStation 2 and published by their parent company Aquaplus, the original To Heart 2 title was an eroge dating sim, with a later ‘all-ages’ release removing all of the title’s adult scenes.

Massively popular with Japanese audiences, the original game has since spawned a multimedia franchise whose productions across the last decade have included numerous games, manga adaptations, and various anime OVAs, the last of which have since been collected in a celebratory box set. 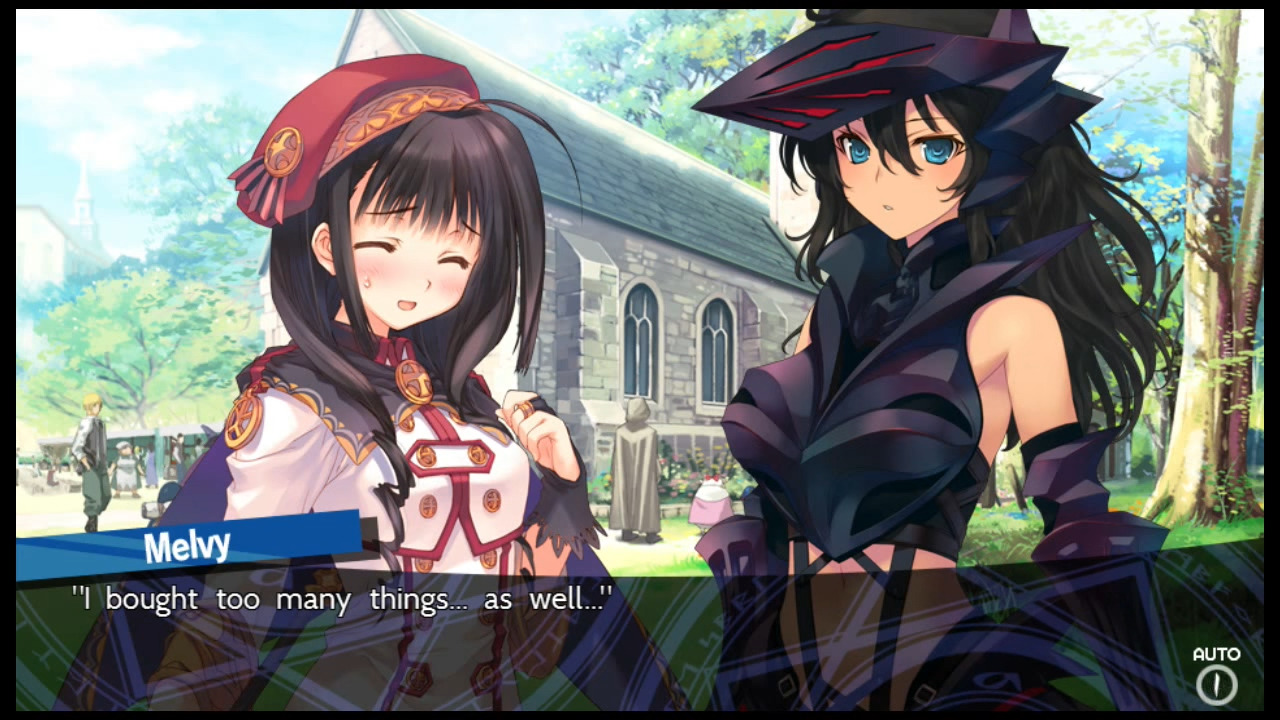 One of these video games was To Heart 2: Dungeon Travelers, a dungeon-crawling RPG originally released for the PlayStation Portable in 2011.

Its sequel title, Dungeon Travelers 2: The Royal Library & the Monster Seal, was later released for both the PSP and PlayStation Vita in 2013 for Japanese players and 2015 for those in the West. 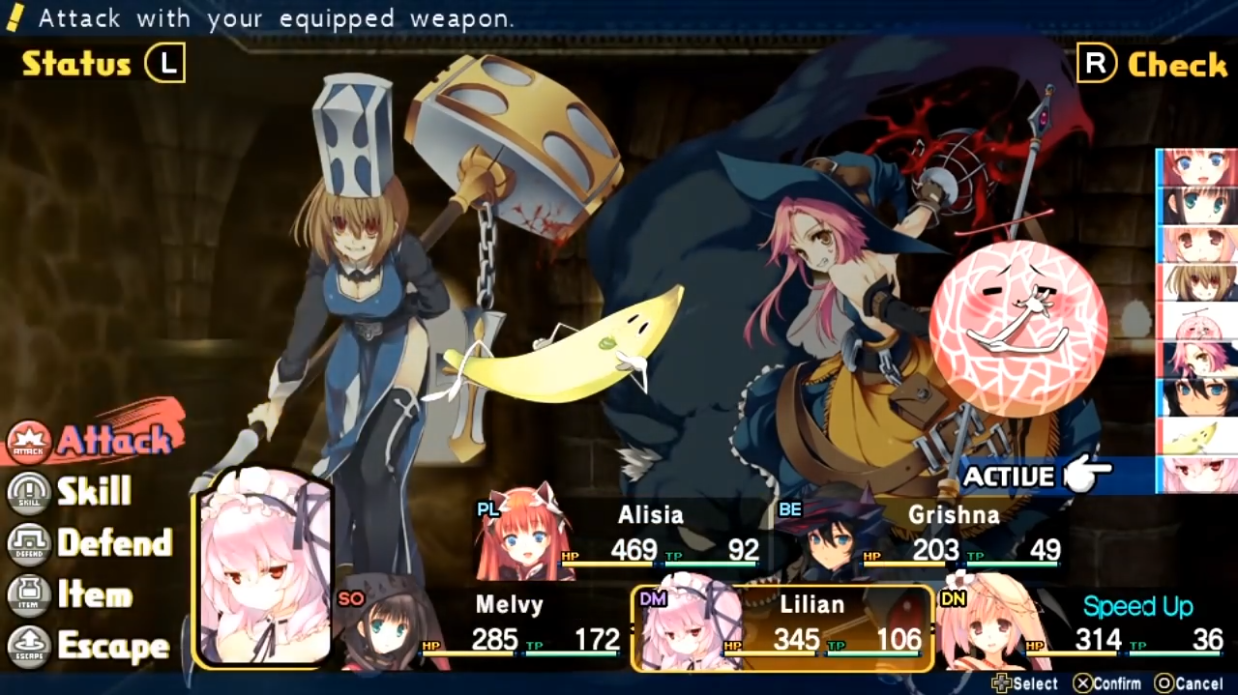 Much like its source material, Dungeon Travelers 2 featured several moments of fan services, with characters performing acts that could be deemed lewd or sexually suggestive – for example, one character is shown sucking on a “spirit” resembling a phallus, which in turn produces an unknown white liquid.

Monsters, who can also sometimes resemble human women, also ‘attack’ in a way that could be viewed as directly targeting a character’s erogenous zones. 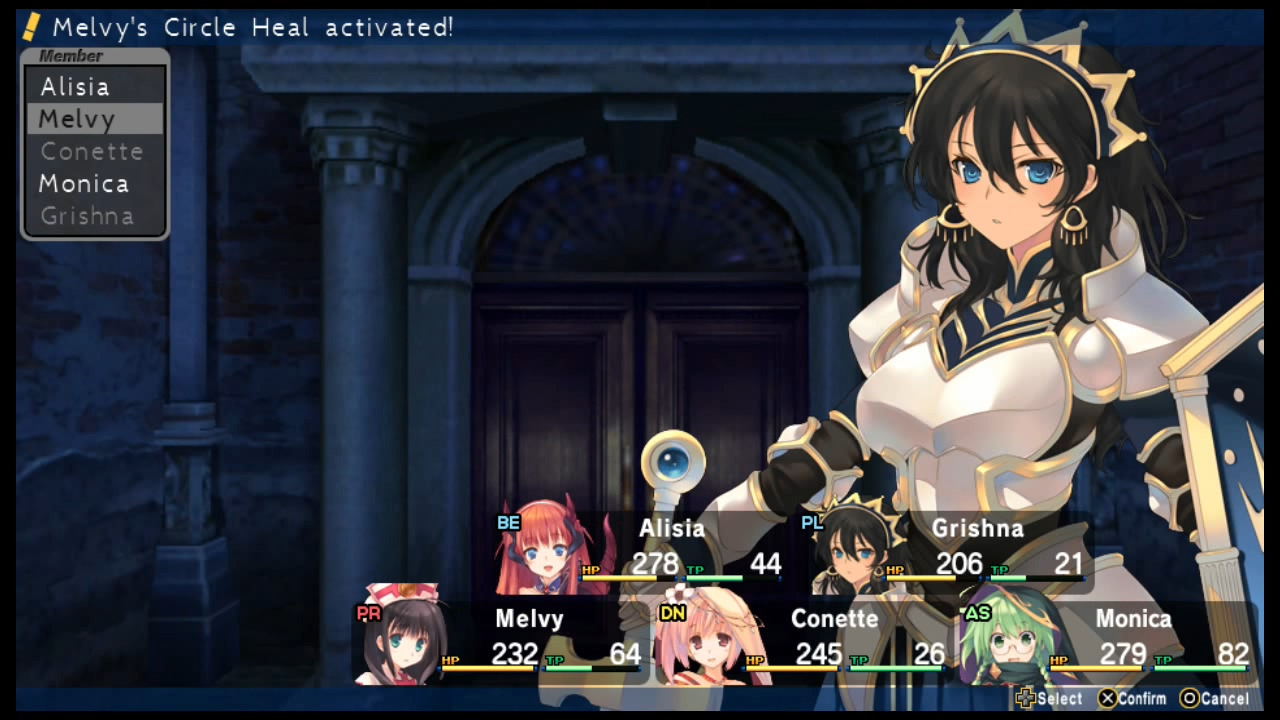 As noted by users of the unofficial PlayStation Vita subreddit (Editor’s Note: reader discretion is advised when navigating the links included on the subreddit thread), three of those scenes depict characters that are flat chested and extremely short, each of which could easily be mistaken for or actually are children. 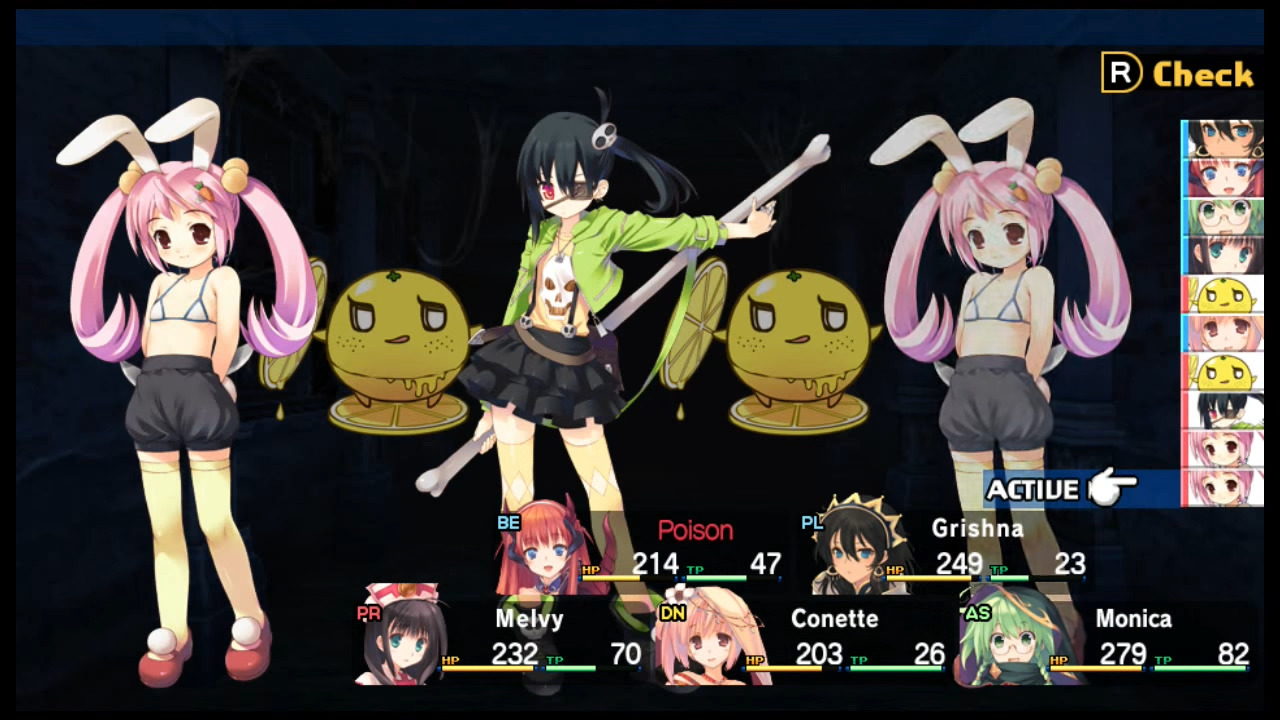 One character can be seen with high-riding swimsuit, while another is wearing a diver’s wetsuit which is unzipped at the front.

Though neither Steam or Atlus have yet to give an official reason for the game’s banning, between the  appearances of some characters and the fact that the monsters’ actions are likely considered non-conseual, the reason for their decision can easily be assumed. 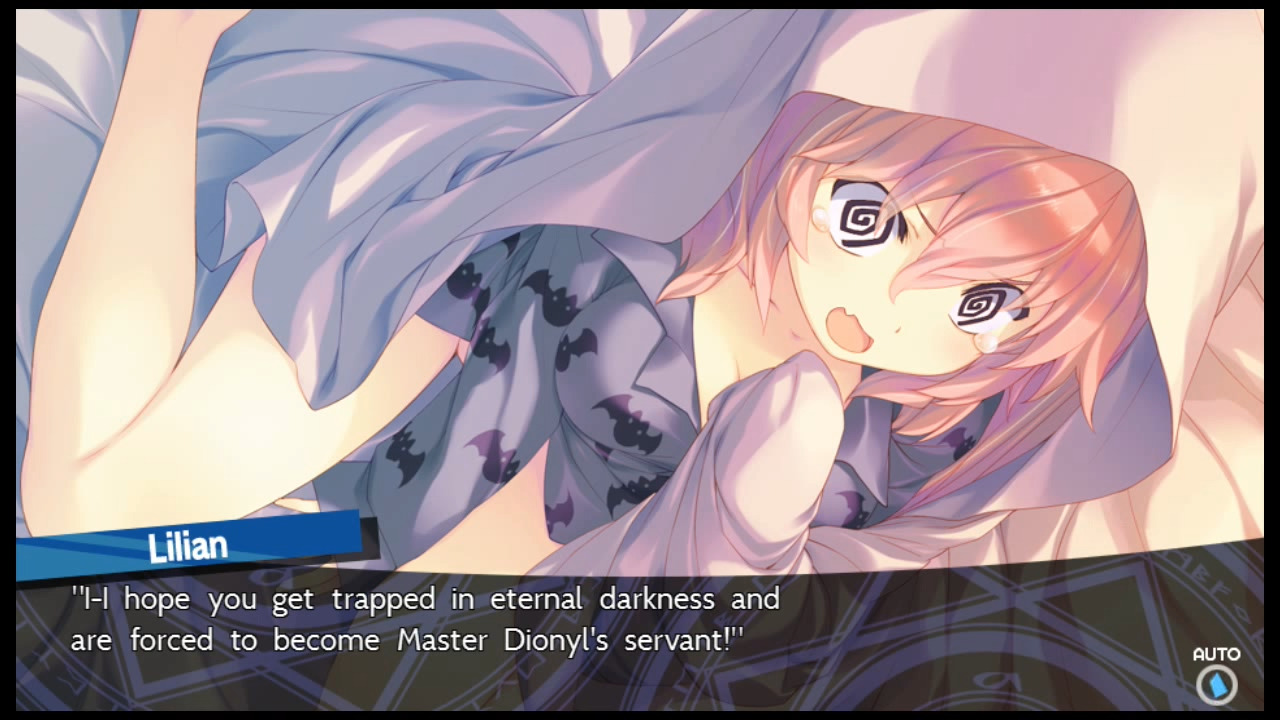 Unsurprisingly, Steam’s decision against Dungeon Travelers 2 is far from an outlier, with recent years even seeing the platform come under regular fire for their mishandling of adult-oriented games.

Previously, publishers and developers got around the platform’s restrictions by submitting censored versions of their respective games, meanwhile offering officially sanctioned patches that restored the removed content, typically through their own websites. However, Steam banned this practice around 2017. 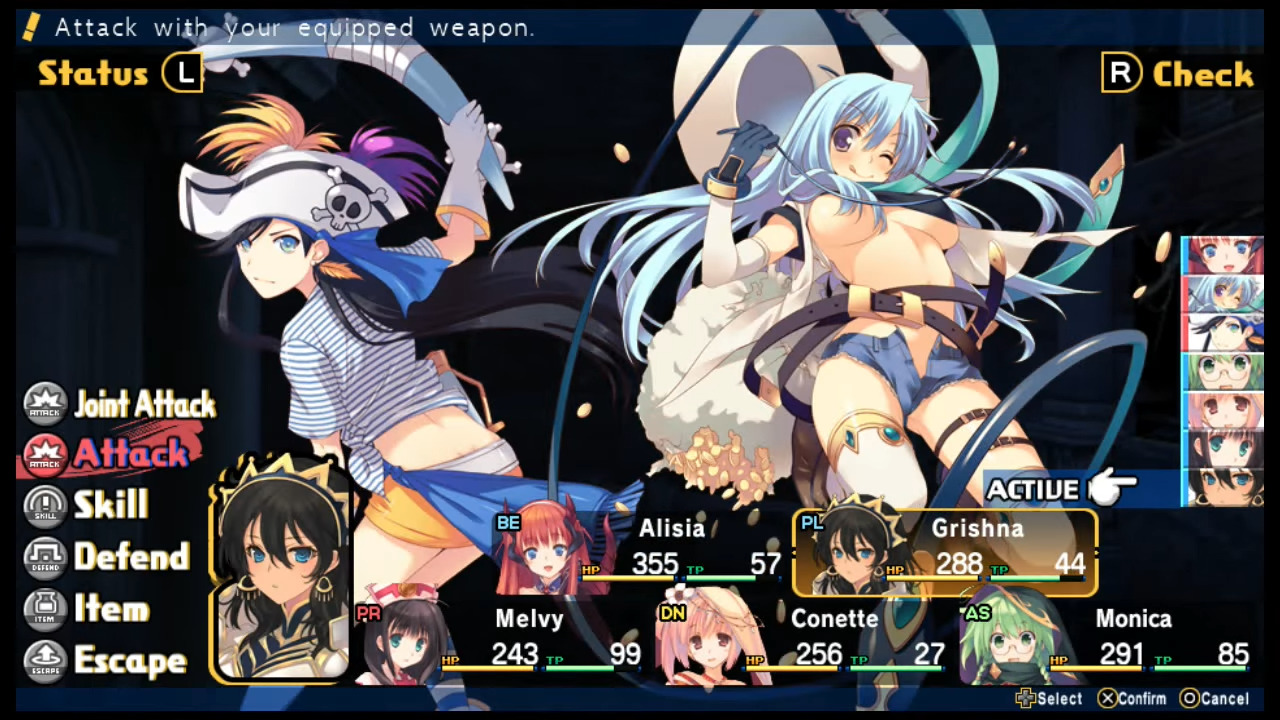 In June 2018, after developers mistook a temporary halting of adult game submissions as a complete purge of any such content, Valve announced that they would “allow everything onto the Steam Store, except for things that we decide are illegal, or straight up trolling.”

Yet, a number games with adult content, such as Full Metal Daemon Muramasa and Evincle 2 (though interestingly not its the predecessor), have still found themselves rejected from the storefront, usually due to their featuring ofmore extreme content or underage-appearing characters. 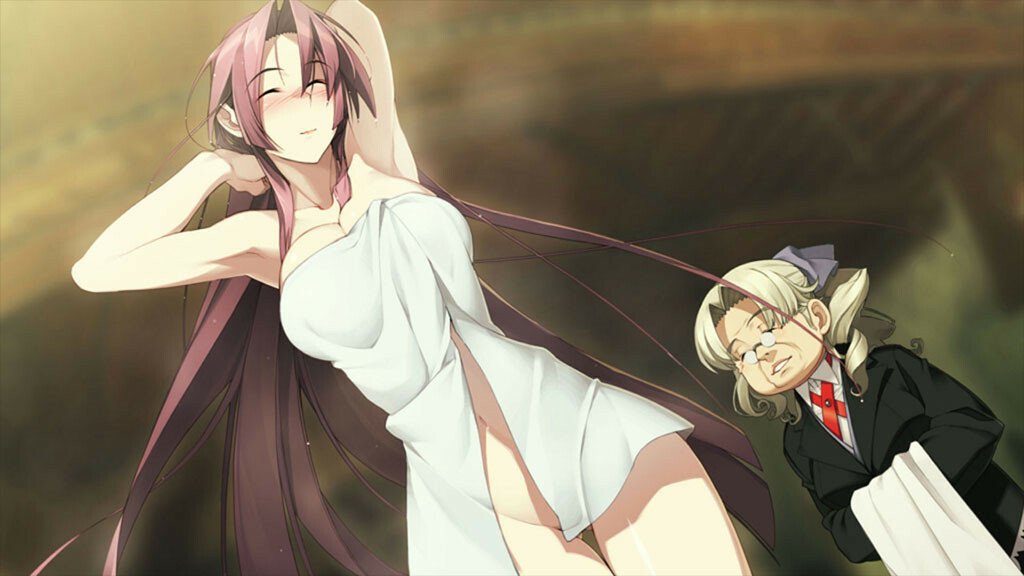 However, some cases have been far more dubious.

Bokuten – Why I Became an Angel was removed from Steam in July 2020 even though it had been censored for all ages. It was restored soon after, with Valve claiming that the removal was overturned because it was initially made “false, invalid reasons.”

Super Seducer 3 was also banned over its content, despite the fact that it featured no nudity. 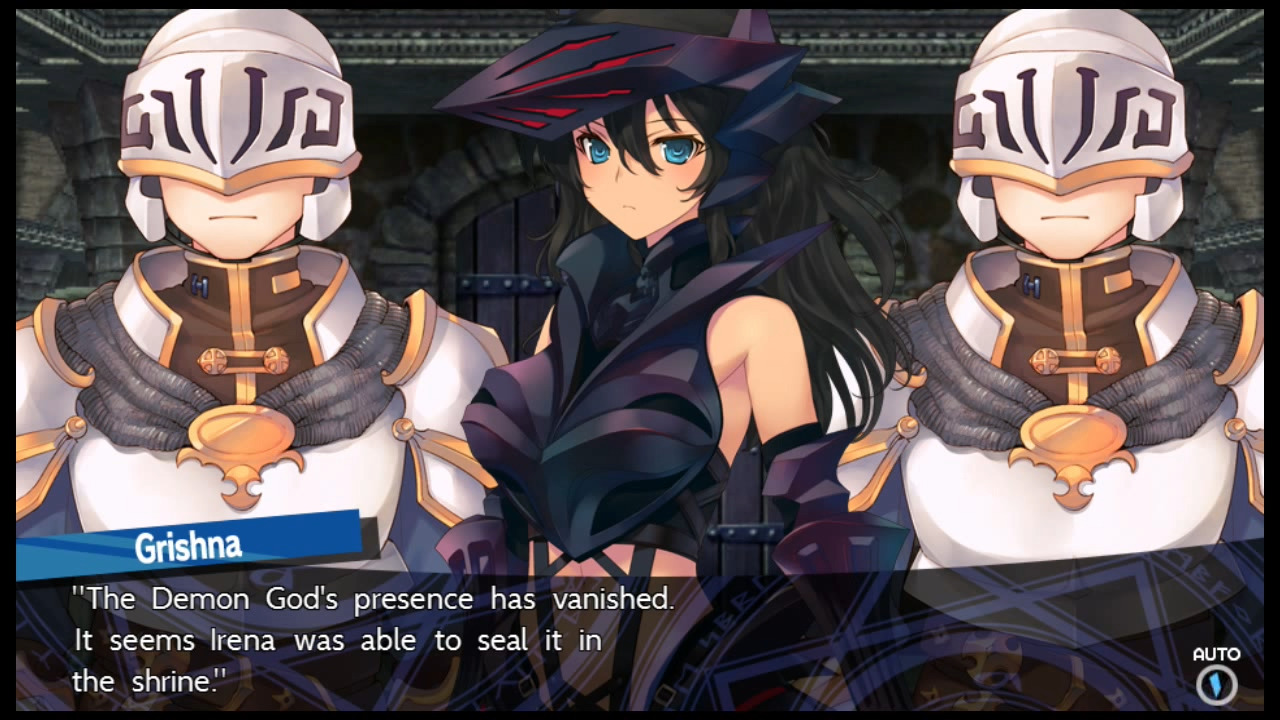 Following the 2019 ban of Taimanin Asagi, the game’s director speculated that it was removed not for its dark adult content, but rather because Steam suspected that a sexualized character was underage.

Fans in turn speculated this mistake was made because, even though said character’s physice was distinctly adult, she was depicted wearing a school uniform. 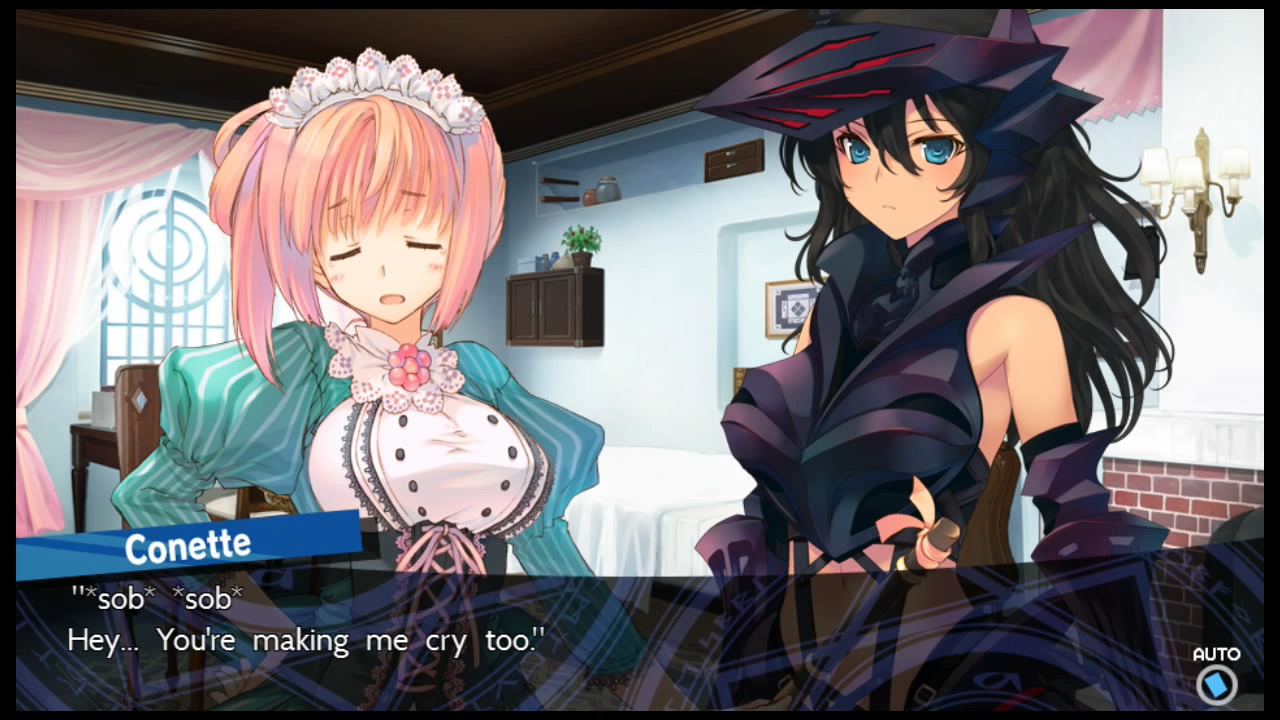 Steam’s lack of consistency in applying their stands has also drawn the ire of fans.

For example, though Death end re;Quest 2 launched on Steam uncensored due to fan demand, Mary Skelter 2 was forced to remove its suggestive ‘Purge Corruption‘ minigame despite it being kept intact in its Nintendo Switch release (In an example of the practice mentoined above, publisher Ghostlight Ltd. hosts an uncensored patch for the game on their own website). 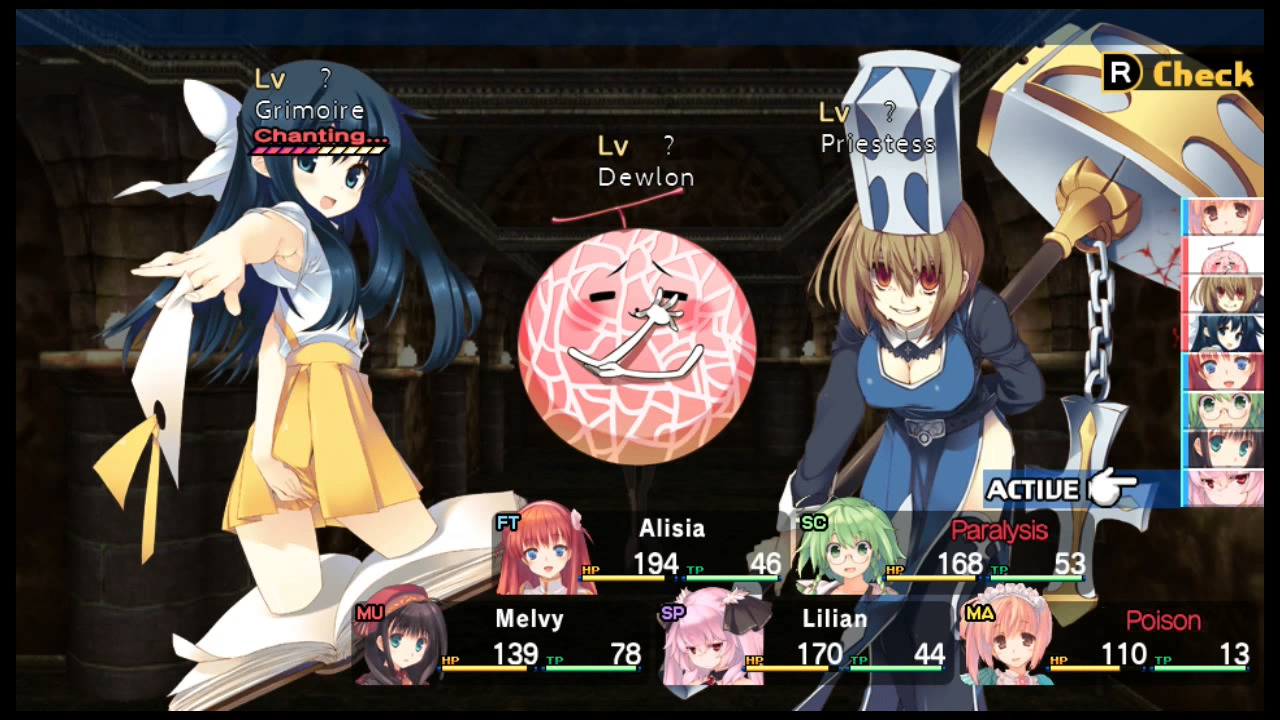 Further, the list of titles affected by Steam’s inconsistent policies is extensive.

Actively maintained by one enterprising individual, the “Steam Banned and Removed Games List” linked in @KaroshiMyriad’s above tweet tracks the various “adult games, visual novels, anime games and relevant Apps” which Steam has delisted, left unreleased, or outright removed since 2020 (with a select few examples from 2014).

According to the List, as of writing, a total of 1,581 items ranging from games, to DLC, and more, have been either refused or removed from the online storefront. 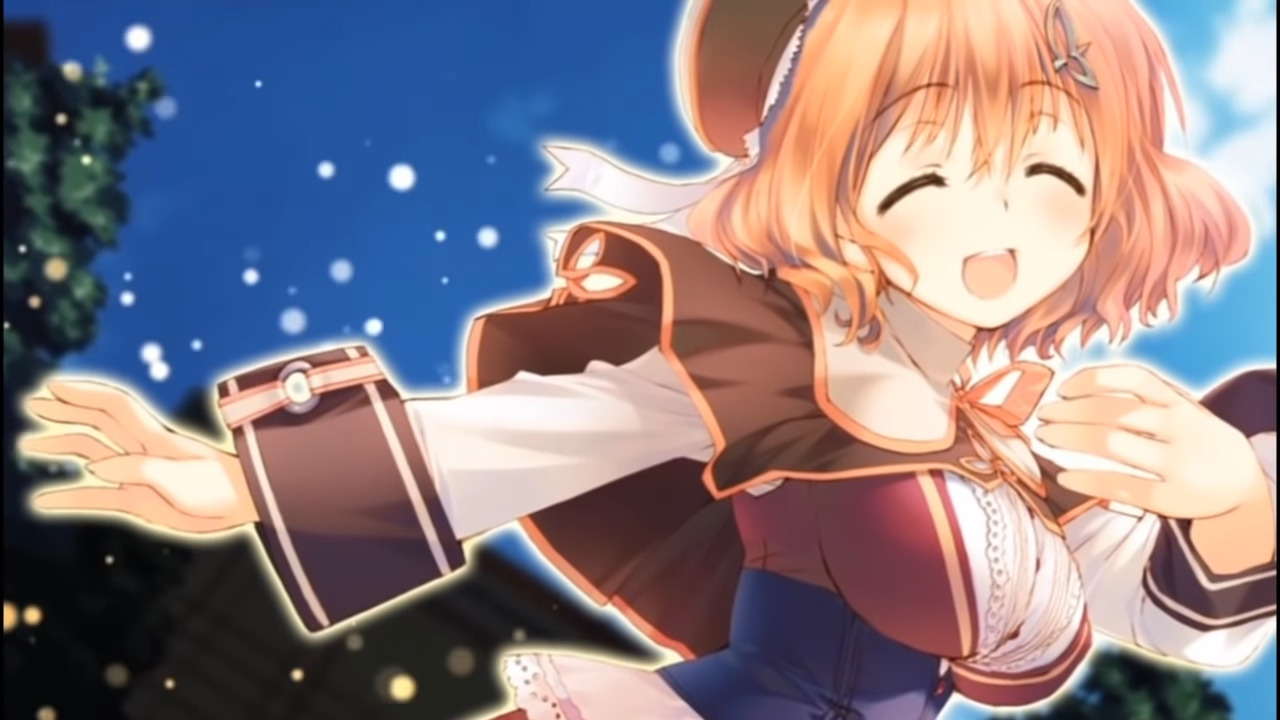 Of these, 129 products have been delisted and didn’t return, with 14 of those titles being retired for ‘other’ reasons, usually due to being rendered obsolete by their own publishers.

Meanwhile, 632 were unreleased and didn’t return with a censored version, another 14 for the above ‘other’ factors, while 28 returned censored or with new App IDs, of which 20 given official patches by their developers. Five of the titles were unreleased due to either asset flipping or being stolen. 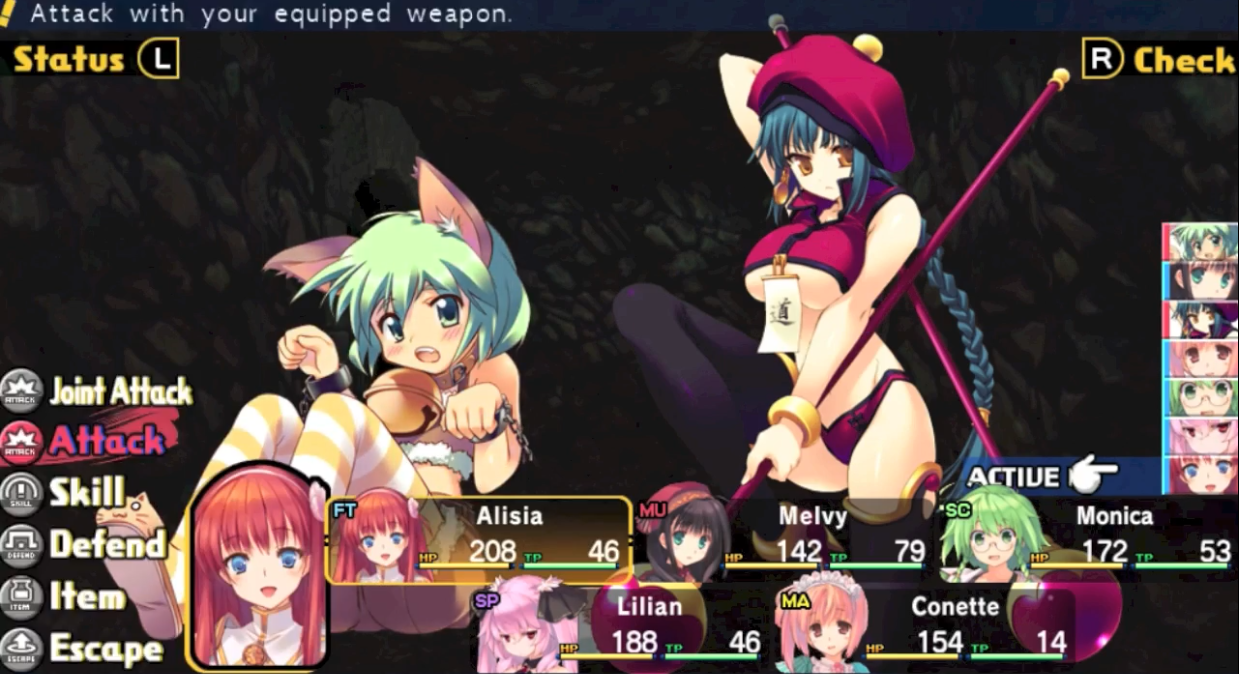 Two games had censored versions submitted, but those were later banned.

A further 820 were removed after release and did not return in a censored form, 29 of which had owed their absences to additional factors. 22 returned, 25 were notably voluntarily removed by their publisher Night Dreams Studio, and 91 were games were hit for utilizing stolen assets, DMCA or copyright issues, or engaging in review manipulation.

While the creator of the List stresses that it is impossible for it to present a fully comprehensive record of all the affected titles, it nonetheless provides an interesting insight into Steam’s decision making, especially with regards to how the vast majority of fraudulent games were only caught after launch, rather than during the initial submission phase. 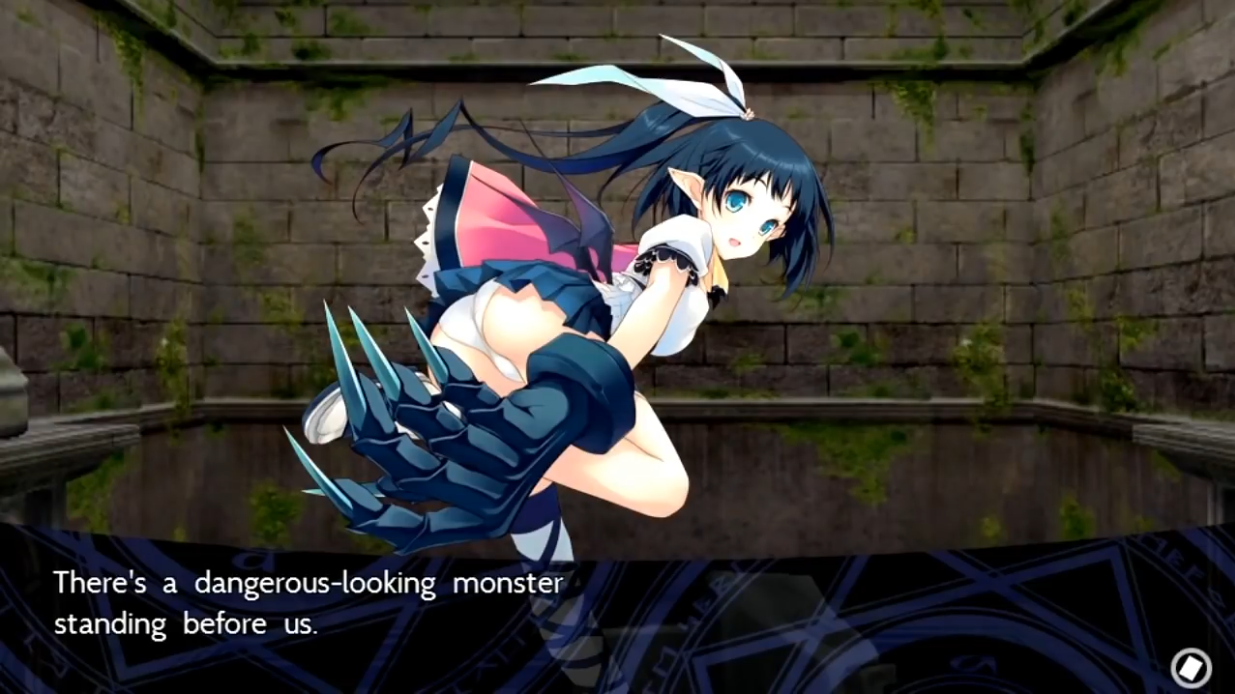 What do you make of Dungeon Travelers 2’s removal from Steam? Let us know on social media or in the comments below.