JAST USA has announced that their English-language release of the classic dark fantasy visual novel Full Metal Daemon Muramasa has been banned from Steam. 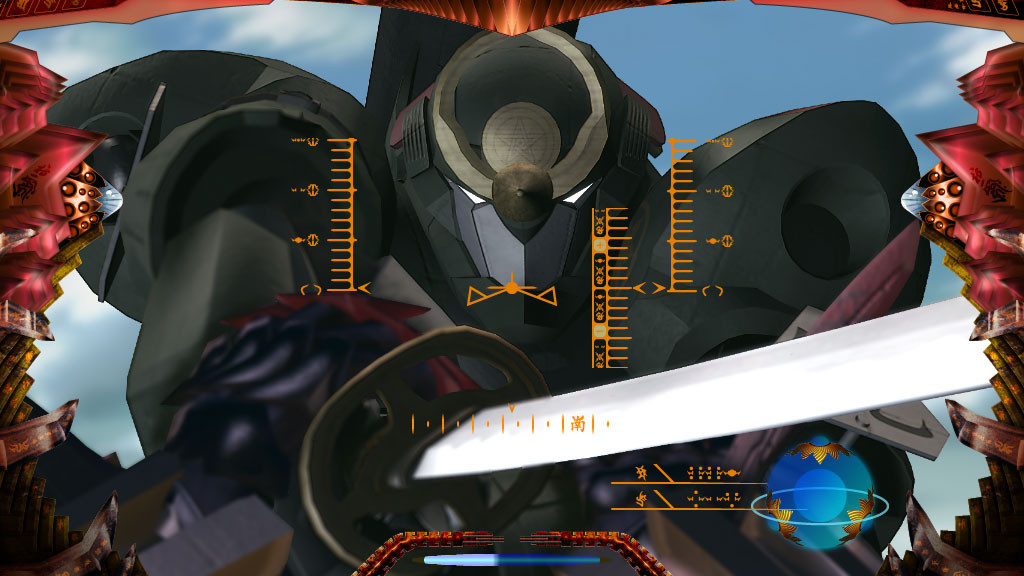 In an official statement, JAST USA revealed that Full Metal Daemon Muramasa’s ban followed months of talks with Steam, explaining, “We at JAST have always been transparent with Valve, ensuring the quality of our games does not suffer when we must adjust content to fit the requirements of Steam. We hoped we could resolve Valve’s concerns amicably and ultimately deliver the game to the many fans waiting on Steam, but Valve is firm in their decision.” 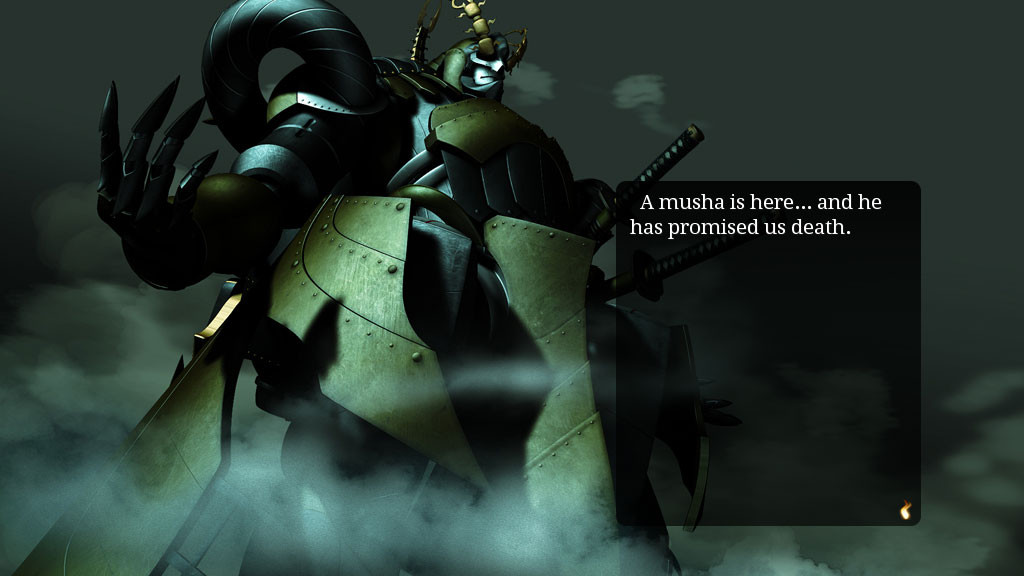 “Full Metal Daemon Muramasa is considered by many as a pinnacle piece of the visual novel genre,” the publisher’s statement continued. “It dives into challenging and uncomfortable themes of war, sexual violence, racism, oppression, terrorism, and other atrocities; for the sake of artful storytelling”

They added, “Steam has never had a policy against bad things happening in video games, and in fact Muramasa is unequivocal in its condemnation of these elements. Out of the darkness of Muramasa’s story emerges a statement on what it means to be a hero, to be human, to be family, to be friends; and in many ways, what it means to be.” 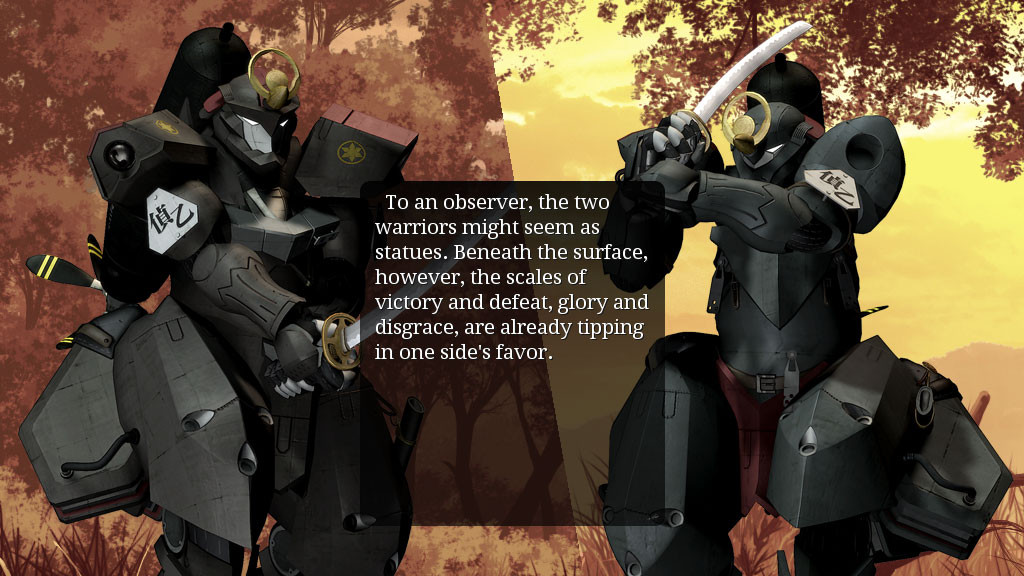 JAST USA further lamented how “our case is, unfortunately, not unique in the industry,” asserting that “an increasing number of visual novel games are getting unjustly banned from Steam, with no recourse.”

“This creates an environment where publishers don’t release games like Muramasa because the risk is too high with Steam’s heavy-handed hold on the PC market, stifling the medium and forcing publishers to adopt self-censorship to survive,” they said. 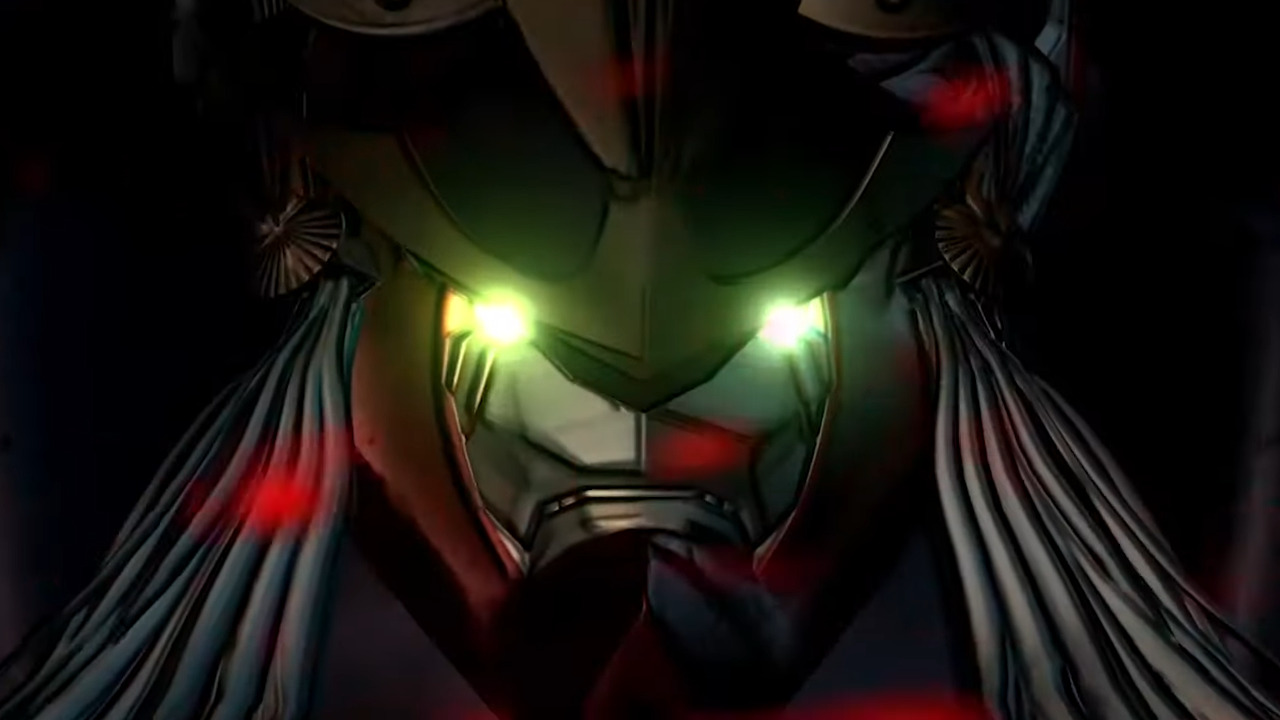 Developed by storied VN developer Nitroplus, Full Metal Daemon Muramasa features a world where warriors – otherwise known as musha – are able to achieve supernatural abilities by placing their souls into giant suits of samurai armor – referred to in-universe as tsurugis.

The VN’s story follows Minato Kageaki, the pilot of the cursed armor Muramasa – which centuries ago brought destruction to the world and to this day gives access to its abilities only in exchange for the blood of innocents – as he struggles to both rid the world of evil and control the horror that lurks inside his tsurugi. 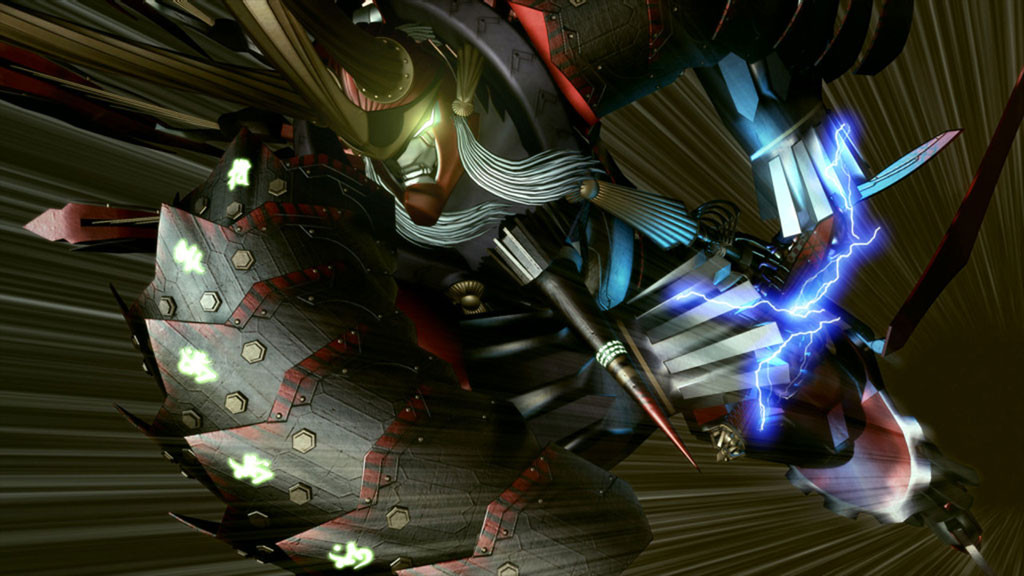 Like many of Nitroplus’ titles, Full Metal Daemon Muramasa takes a darker and more mature approach to the exploration of its themes than its contemporaries.

This can especially be seen in its exploration of the concepts of good and evil, as this theme is usually conveyed through the use of the aforementioned scenes of violence and sex.

Scenes of violence and sexual abuse appear in nearly every chapter, including one scene where a woman – Ichigao Mizuhi – is assaulted to the point of death. 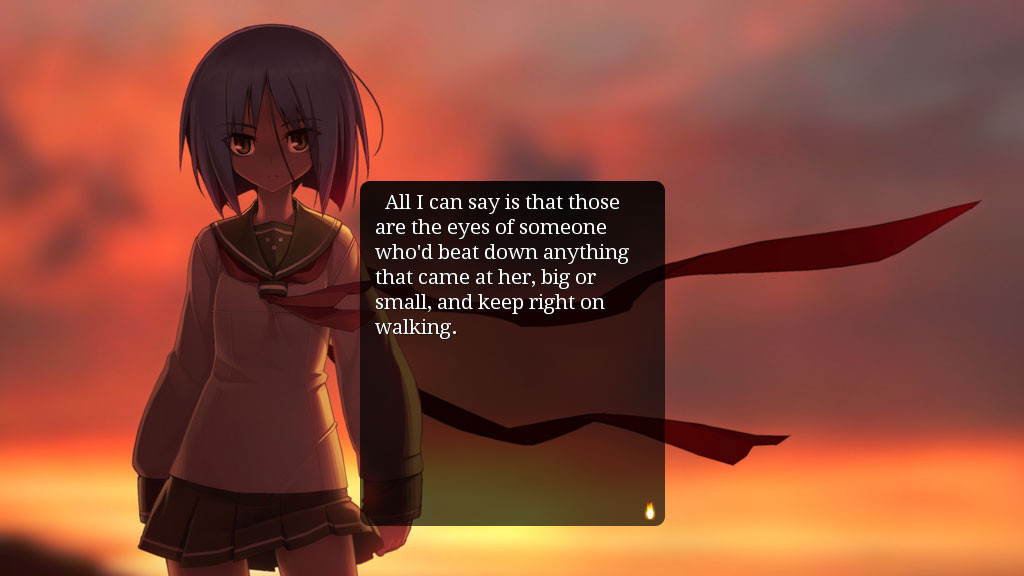 The official reason for Full Metal Daemon Muramasa’s Steam ban has not been revealed at this time.

Some have speculated that the title was removed due to some believing the title to feature sexual depictions of children due to its anime art style, despite JAST USA’s official disclaimer clarifiying that “all characters, models, actors, actresses and other persons that appear in any visual depiction of actual sexually explicit conduct are at least eighteen years of age or older.” 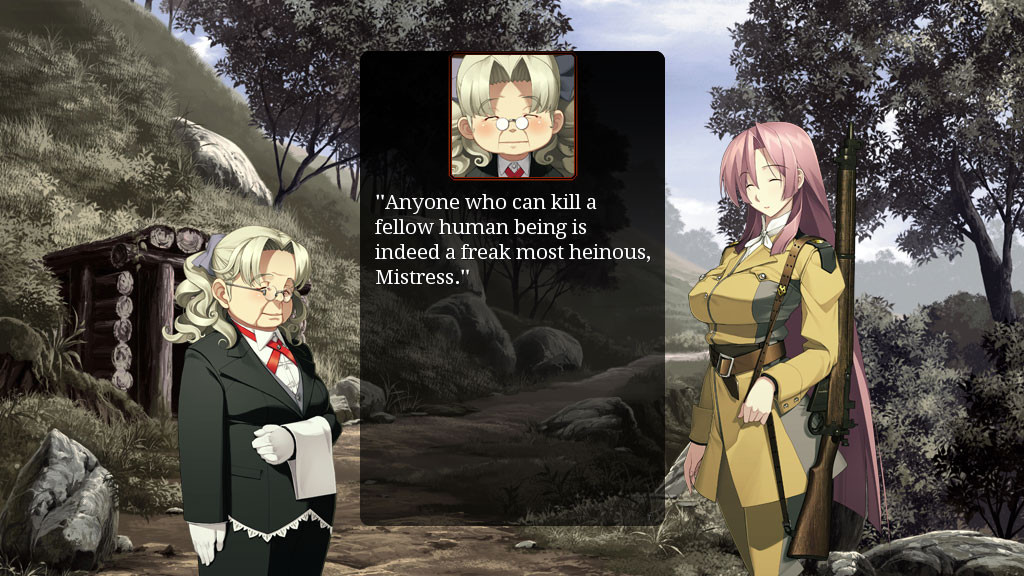 In June 2018, after adult game developers received confusing messages regarding the temporary halting of adult game submissions, Valve announced that they would “allow everything onto the Steam Store, except for things that we decide are illegal, or straight up trolling.”

The first uncensored adult game, Negligee: Love Stories, came to Steam in September of that year, before being subsequently banned from sale in 28 countries due to its content. Nonetheless, adult games have continued to come to the platform.

Prior to this, developers were forced to upload censored versions of their releases to Steam and offer uncensored patches through a separate website – usually their own. However, Steam banned users from providing instructions on how to access a given game’s uncensored patch around 2017.

While some titles have fared well under this new system, such as adult sci-fi RPG Subverse, which reached the top of Steam’s Top Seller list when it entered early access in early 2021, other titles have had worse luck even when abiding by Valve’s rules.

Despite being modified for all ages, Bokuten – Why I Became an Angel was removed from Steam in July 2020, only for it to return soon after as the initial removal was confirmed to have been done for “false, invalid reasons.” 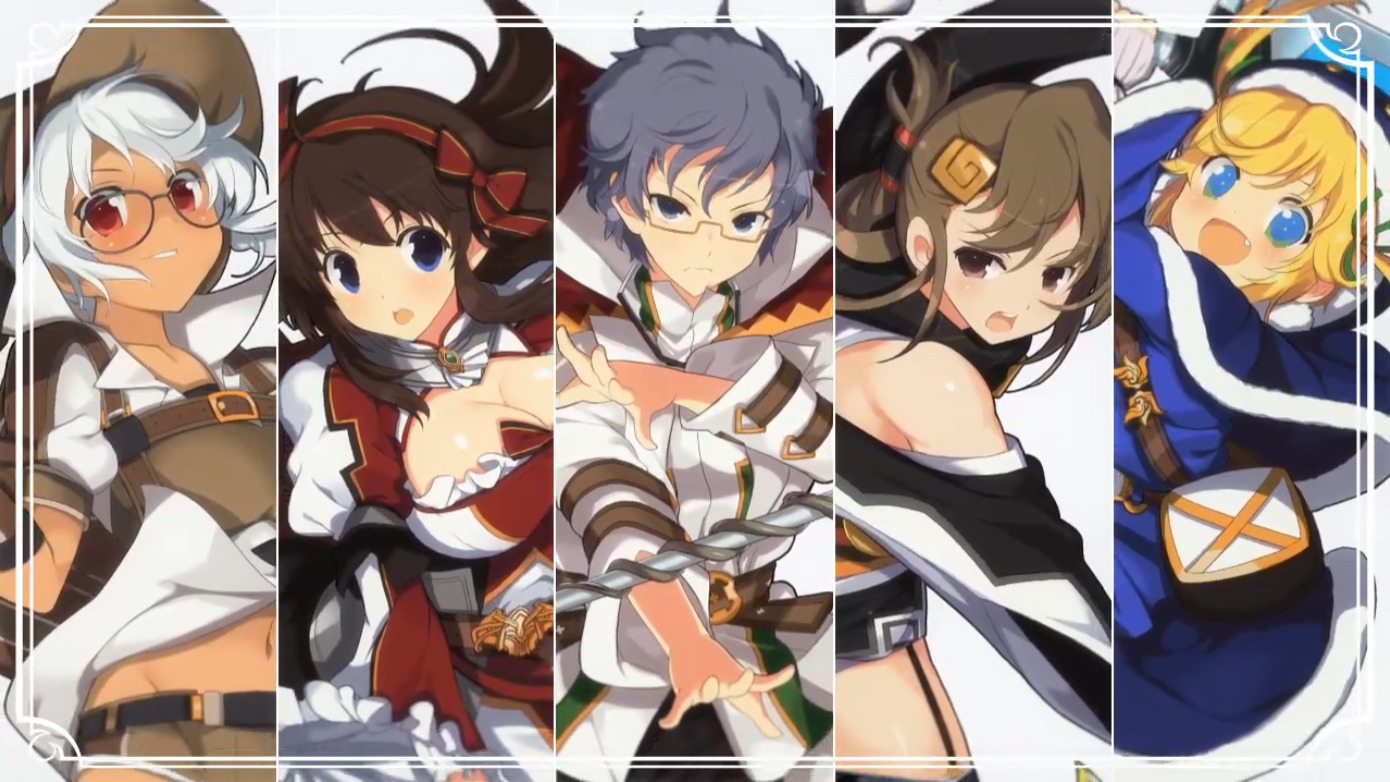 Interestingly, the first Evenicle, whose mature content disclaimer warns that the game contains “fictional depictions of graphic violence, polygamy, drug use, hypnotism, assault, and incest; both consensual and non-consensual graphic sexual scenes between adults featuring men and women, women with other women, multiple partners, machines, and fictional creatures,” is still available on Steam. 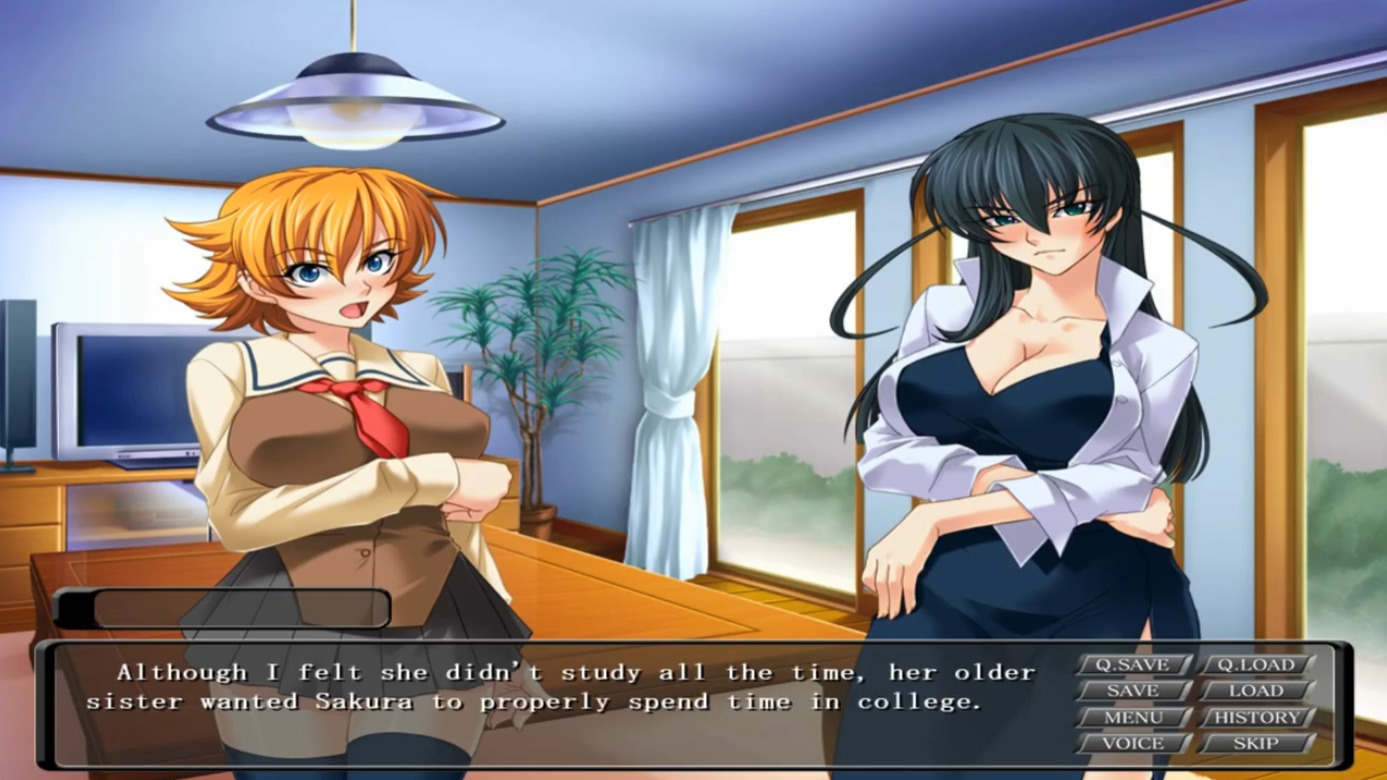 Originally announced for a Steam debut in mid-August 2019, the adult VN series Taimanin Asagi series was ultimately banned from the service in early September 2019, with the the developer’s director later revealing that this was done because Valve believed one of the series’ characters to be underage.

Some fans reportedly suspeculated this was misconception was based on a character’s wearing of a school uniform rather than her physical appearance.

The series eventually made its way to steam in the form of Taimanin Asagi 1: Trial, a demo for the first game featuring its opening prolouge. 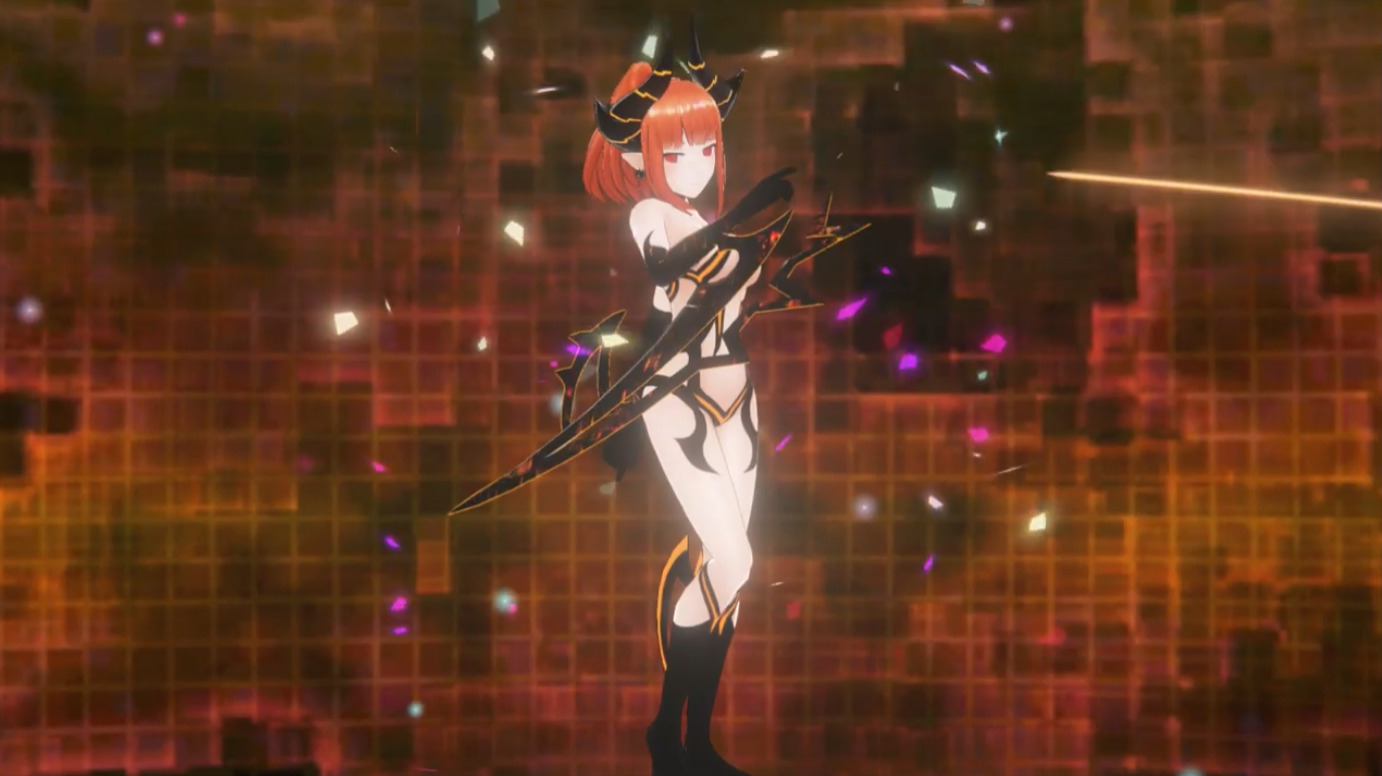 Some games that aren’t adult-only have also seen this inconsistency. While Death end re;Quest 2 launched with uncensored and somewhat revealing Glitch Mode costumes on Steam based on responses to a fan survey, the live-action video dating advice game Super Seducer 3 was banned despite featuring no nudity.

The Steam release of Mary Skelter 2 removed a minigames where players wash down female characters to “purge corruption” from them, all the while their swimsuitd turning more translucent as they gasp and moan in surprise. This minigame is present on Nintendo Switch), leading to publisher to host an uncensoring patch via their own website. 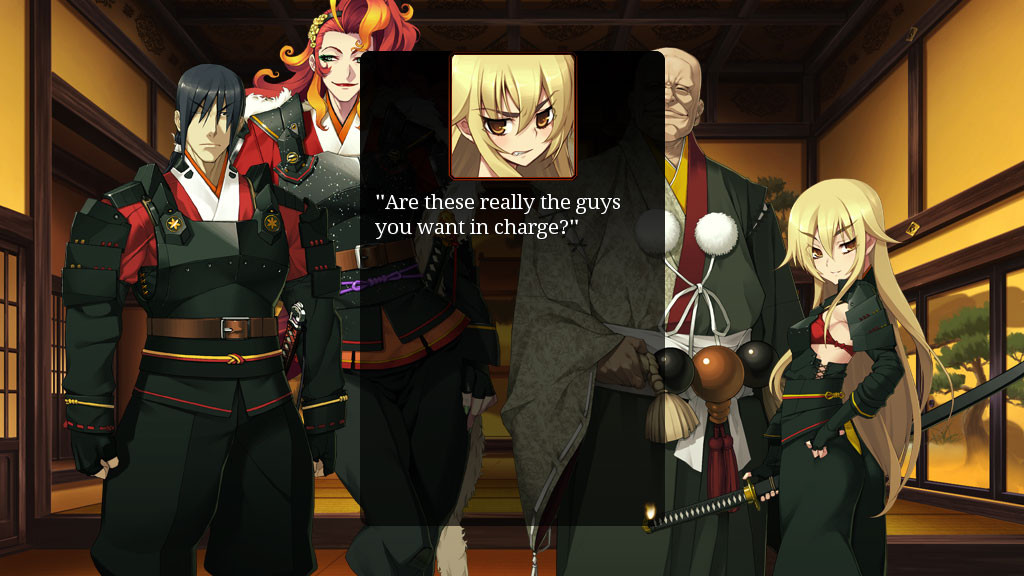 Though removed from Steam, Full Metal Daemon Muramasa is still available directly for purchase via both JAST and GOG, who “reached out” to JAST in the aftermath of their ban to strike a deal to host future Nitroplus-developed and JAST-published visual novels

Are Steam too inconsistent with their adult content rules? How should they handle games with a small number of adult scenes, but aren’t an outright adult-only game? Let us know on social media and in the comments below.