Every era has their own comedic superstars. In the ’90s, that meant that comedians such as Jim Carrey, Adam Sandler, Robin Williams, and others dominated the film landscape.

Many of the films utilized a combination of strong characterization and slapstick comedy to not just build a film with laughs, but also tell compelling stories at the same time. It’s a decade worth remembering; full of comedy classics that continue to pay dividends today. 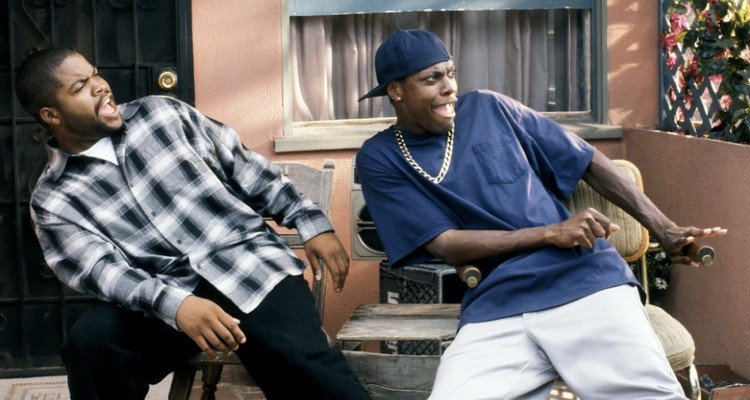 A lot of viewers may have the opinion that Friday is a film about weed…which it is. In fact, the film’s most memorable line was simply about getting high when there was nothing else to do.

However, Friday is also a very strong character drama about growing up, and standing up for oneself. It also had a hilarious cast that went on to have very funny careers afterwards, while introducing several key catchphrases that continue to resonate today. 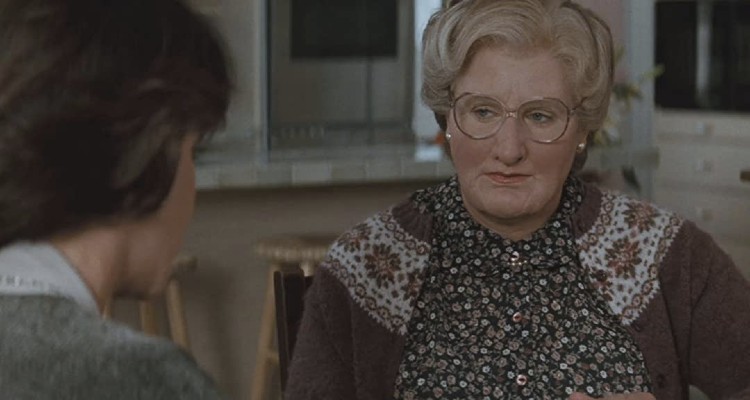 The thought of dressing up Robin Williams as an old British woman is a hilarious premise in and of itself. However, Mrs. Doubtfire goes to step further by also offering a very touching story about the bonds of family, and the importance of fatherhood.

In a lot of ways, the film was ahead of its time in that it depicted an atypical family dynamic. In the end, the husband and wife don’t get together as a happy ending, but it does find a way to at least have a happy ending for the sake of the kids. 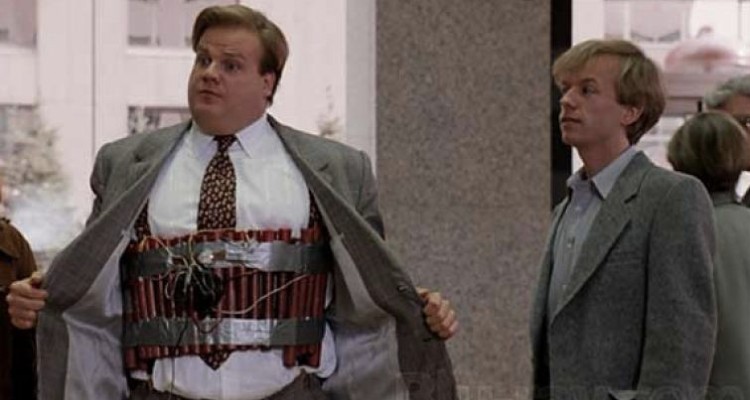 It’s a shame that Chris Farley died when he did, as he was absolutely tearing up the ’90s with hilarious content. Probably no film he made was funnier than Tommy Boy.

The story is about a good for nothing son that has to step up and save his father’s company. While Chris Farley plays the bumbling goofball to perfection, it’s also a very heartwarming story about triumphing despite all odds. 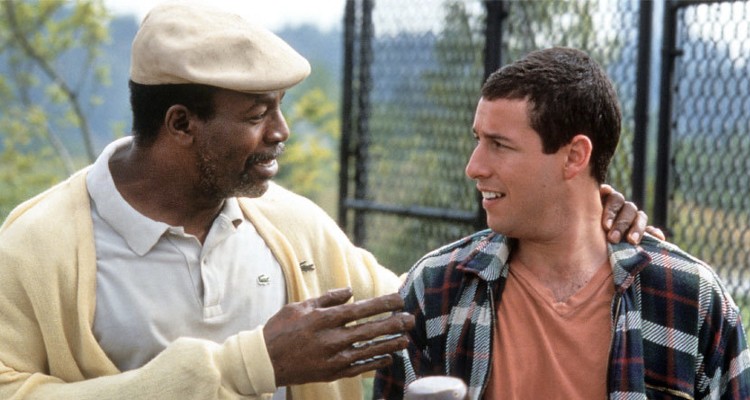 Saturday Night Live really pumped out a lot of excellent stars over the years, and it’s hard to imagine one that’s more versatile than Adam Sandler. He had a lot of hits during the early part of his career, and Happy Gilmore definitely stands out amongst them.

This goofy golf comedy is jam-packed with excellent lines from beginning to end, and not just from Sandler himself. The supporting cast is equally hilarious, and even the villain has a few memorable quotes as well. 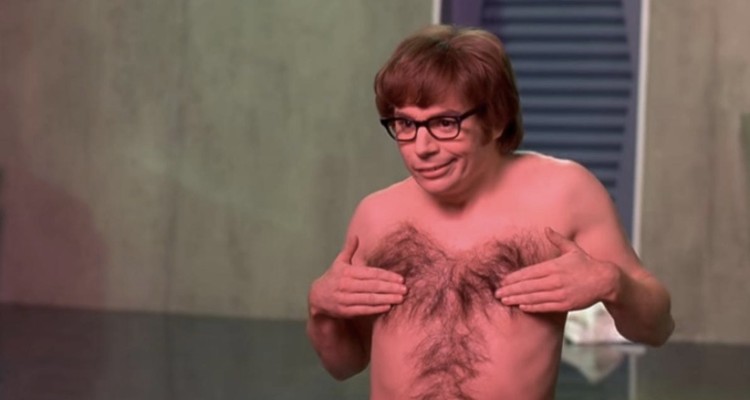 There have been a lot of satirical James Bond content pieces over the years, but none has gone to the extreme that Austin Powers has. It takes every single aspect of the successful spy franchise and mocks it.

Besides being an excellent parody, Austin Powers is also a great showcase for Mike Myers as a storyteller, and comedic actor. He does an excellent job embodying so many different roles that it’s hard to see the franchise exist without him. 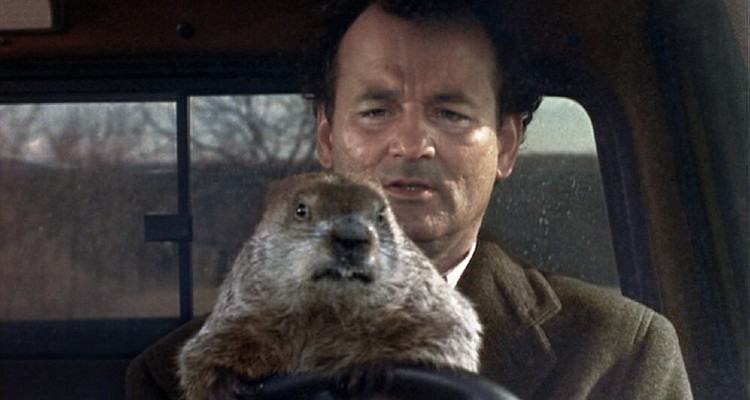 Bill Murray absolutely dominated the 1980s as a comedic tour de force, but it wasn’t until the ’90s that he starred in one of his most important and memorable – albeit underrated – comedy films of all time.

Besides setting the bar for the time time loop genre, Groundhog Day took it to a comedic extreme with an extremely philosophical position. There have been countless analyses written about the movie’s themes, and Murray’s performance as a man stuck in purgatory. 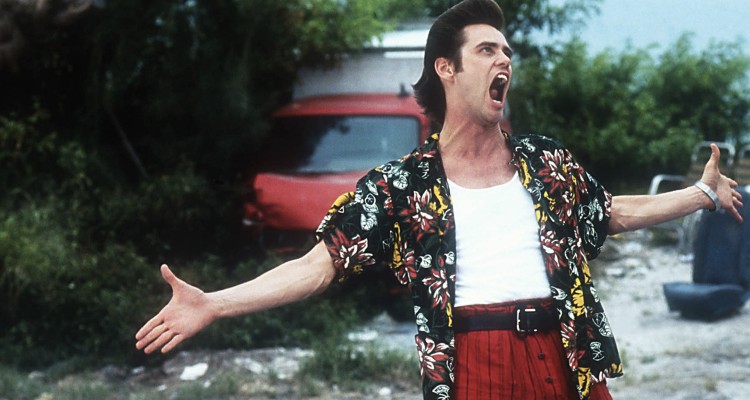 Some characters are just so memorable they instantly become synonymous with the actor. That’s just the way Ace Ventura is when it comes to Jim Carrey, especially with his iconic hair and Hawaiian shirt.

The film depicts a completely over the top and zany animal detective as he tries to find the kidnapped Miami Dolphins’ mascot. The crazy thing about the hilarious comedy is that it actually works as a great detective story too, as Ace continually outshines above the normal police. 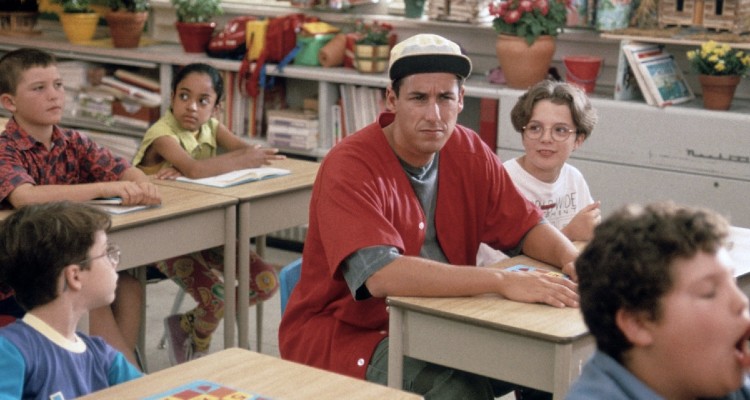 Besides Happy Gilmore, Billy Madison solidified Adam Sandler as a comedy icon of the ’90s. His ability to play a degenerate buffoon is absolutely uncanny. Yet, there is still a charismatic charm about his character that it’s hard not to root for.

The story follows a spoiled heir to an hotel fortune who has to prove to his father that he is worthy of his inheritance by returning to grade school. It creates for some truly ridiculous and uncomfortable moments that Sandler completely shines in. 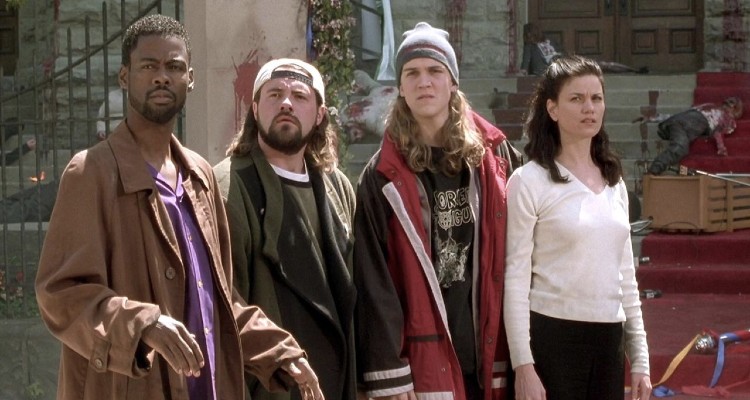 Dogma is great for just so many reasons that it’s hard to count them all. The film has an all-star excellent cast that completely nails every line, and every scene. Besides that, it also has some action, some horror, and all on a shoe string indie budget.

Most importantly though, the film is actually about something. It takes a very relevant topic – religion – and tries to dissect it with something profound and important to say. Of course, it has completely immature jokes, but that doesn’t mean a film can’t have a strong theme, as well. 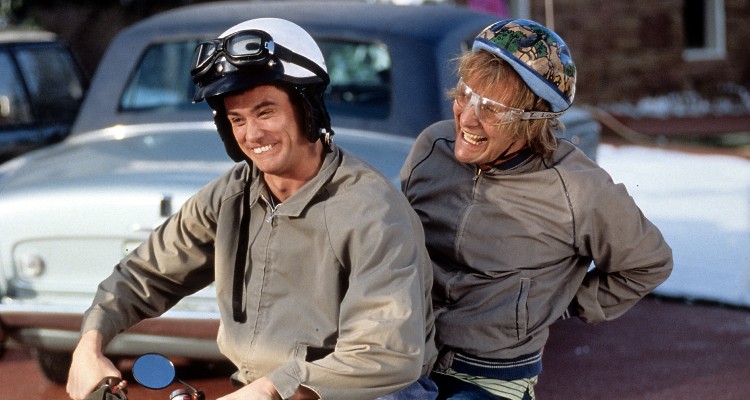 True to its name, Dumb and Dumber packs a hilarious punch into every single scene. It’s almost impossible not to find something funny every ten seconds. It has a completely absurdist road trip plot that involves hitmen, a lot of money, and two morons that are completely ignorant of pretty much everything going on around them.

Many of the film’s characters try to play it straight, but it’s clear that the movie’s two protagonists won’t let that happen. Jim Carrey and Jeff Daniels give absolutely stand out performances, and it must have been incredibly difficult to film scenes with them without bursting into fits of laughter.